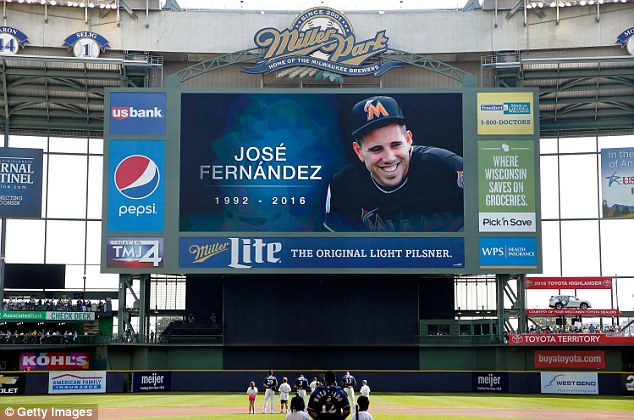 Jose Fernandez, a two-time All Star, died after a boating crash on Sunday. The 32-foot boat struck Miami Beach rocks ‘at high speed’ and overturned.

Authorities have ruled out alcohol or drugs as a factor in the crash. The capsized boat was found shortly after 3am, but authorities don’t know what time it crashed.

His Instagram pictures reveal how Jose Fernandez spent his summer indulging his passion for big game fishing with a group of close-knit friends who call themselves ‘J’s Crew.’

Fernandez had been on the boat with two members of ‘J’s Crew’ – who documented their fun-filled summer in pictures and videos posted on Instagram, including to an account called ‘Jscrewfish’.

The account shared a video from Fernandez’s birthday on July 31 which showed the moment Fernandez and a friend reeled in a yellowfin tuna on a boat.

Another video showed a friend of Fernandez’s dressed in a ‘J’s Crew’ shirt dancing with a group of bikini-clad women.

And photos shared by Fernandez on his Instagram account show him reeling in big catches and posing with his friends in their own custom-made J Crew T-shirts and caps.

Baseball and football teams alike held moments of silence for the Cuban-born 24-year-old. David Samson, president of the Marlins, said Fernandez, who has defected from Cuba aged just 15, ‘was a model for Cuban-Americans – for those who need to work harder than most for freedom. 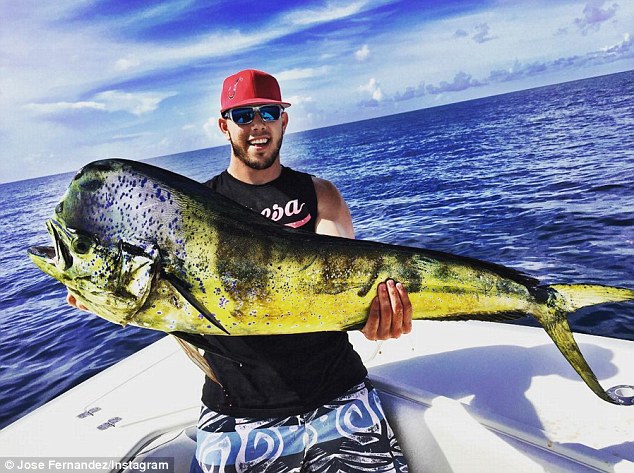 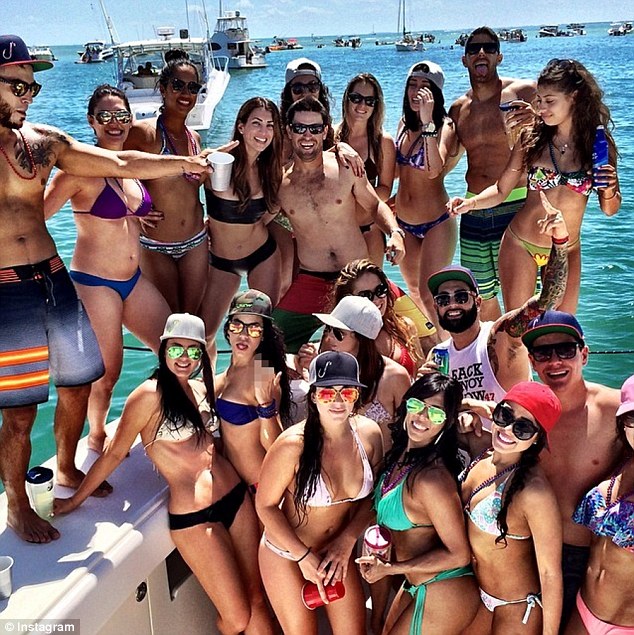 Jose captioned this photo on Instagram: ‘I guess I am having fresh fish’ 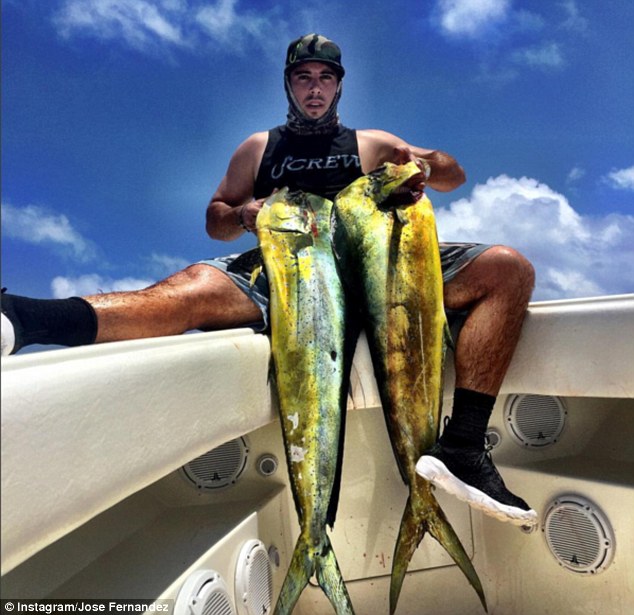 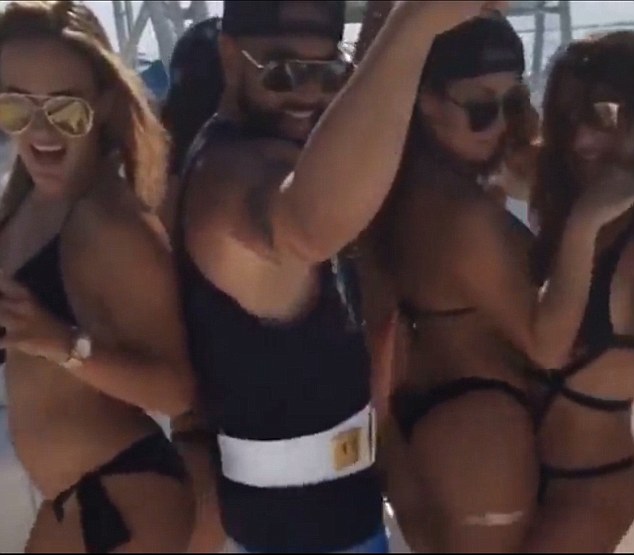 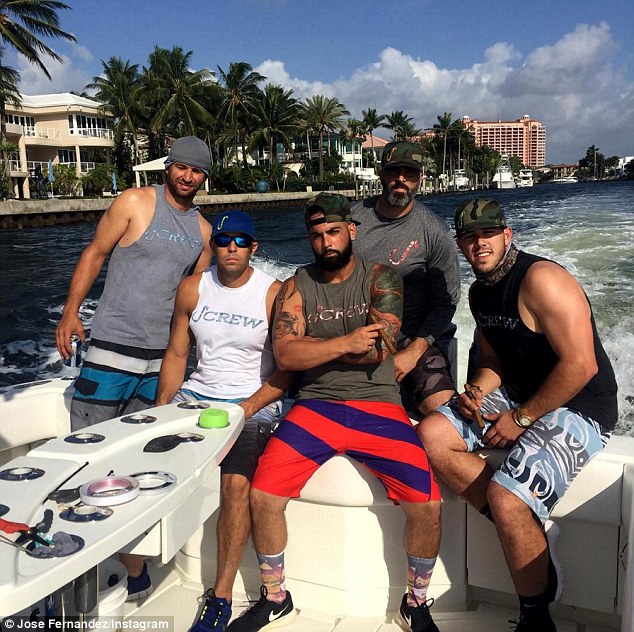 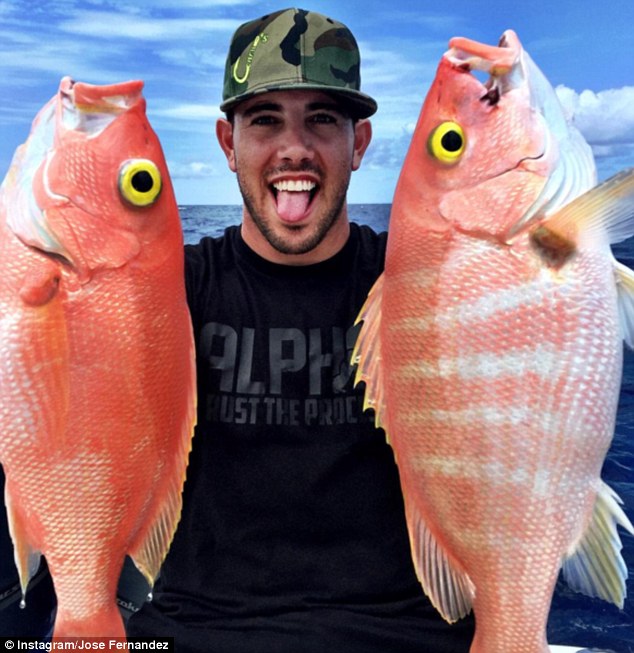 Overturned: The boat overturned in the crash at South Point Park Pier’s jetty killing Fernandez and at least two other men. The others have not yet been identified 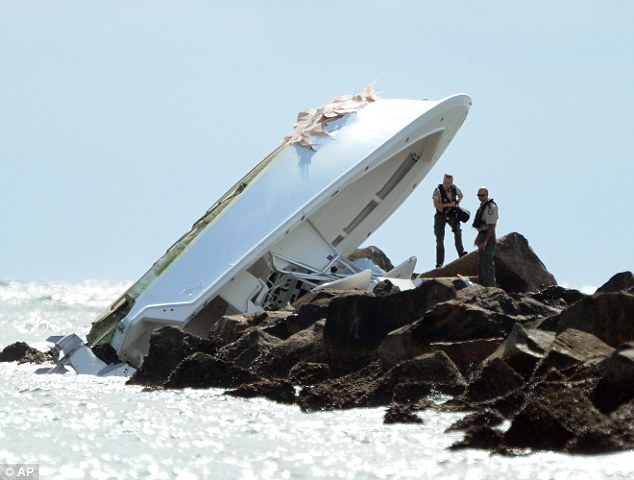 Grieving: Miami Marlins player Dee Gordon (pictured, at the Marlins’ mound) was among the hundreds of players grieving over the loss of Jose Fernandez, the 24-year-old star pitcher

Broken up: The team were moved by the loss of Fernandez, with both president David Samson (head in hands) and manager Don Mattingly (bottom-right) crying at a press conference 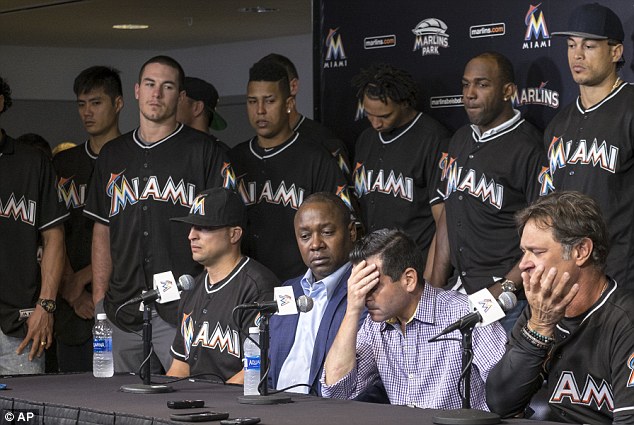 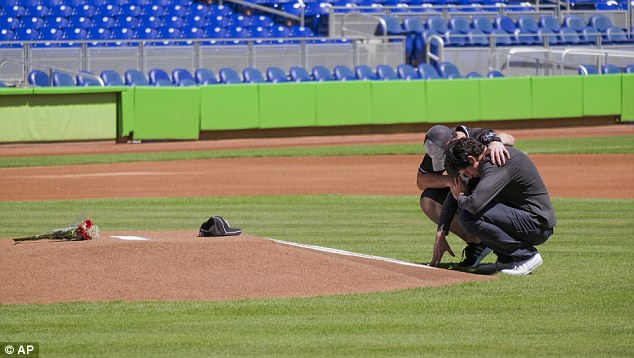 Tearful: Several members of the Marlins openly wept as they recalled the life of Fernandez and the childlike enthusiasm he showed for the sport 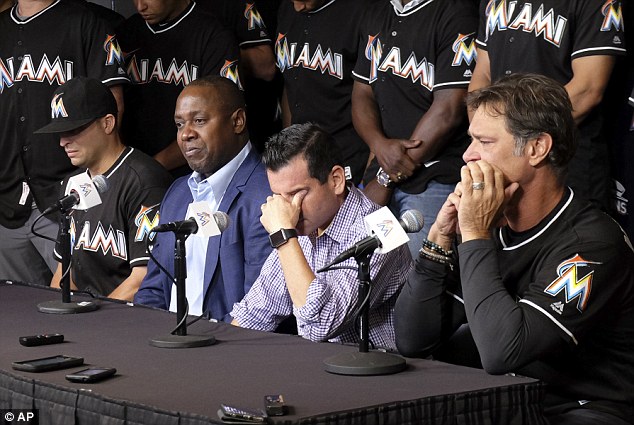 Tribute: At the Mets stadium, Yoenis Cespedes – who, like Fernandez, is Cuban – and Josh Smoker hung up a Mets shirt with Fernandez’s name on it, in tribute to the fallen star 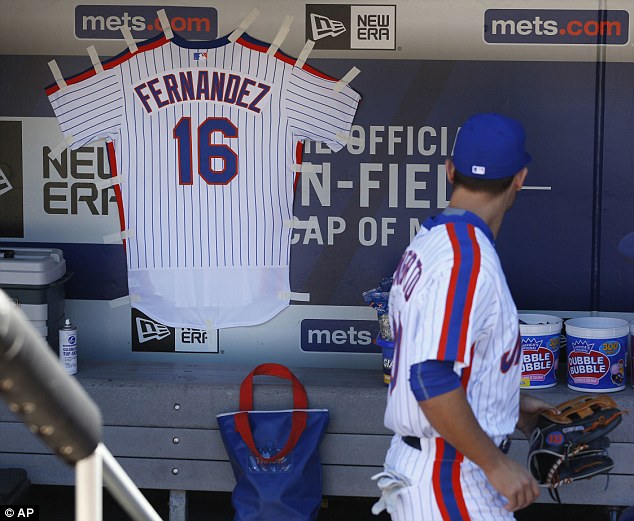 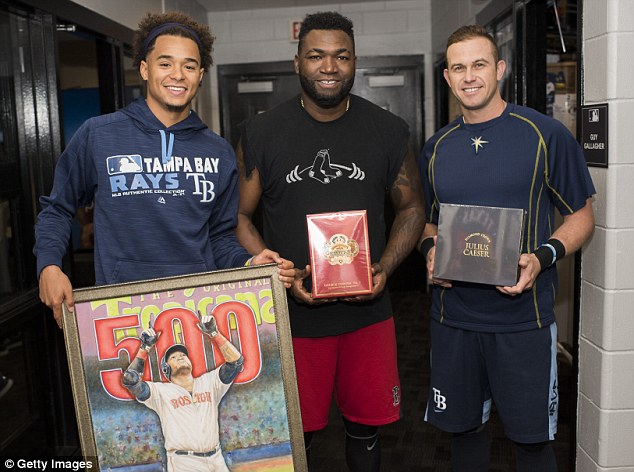 Remembering: The Milwaukee Brewers and Cincinnati Reds also paid tribute as this image was shown on the Miller Park stadium’s big screen