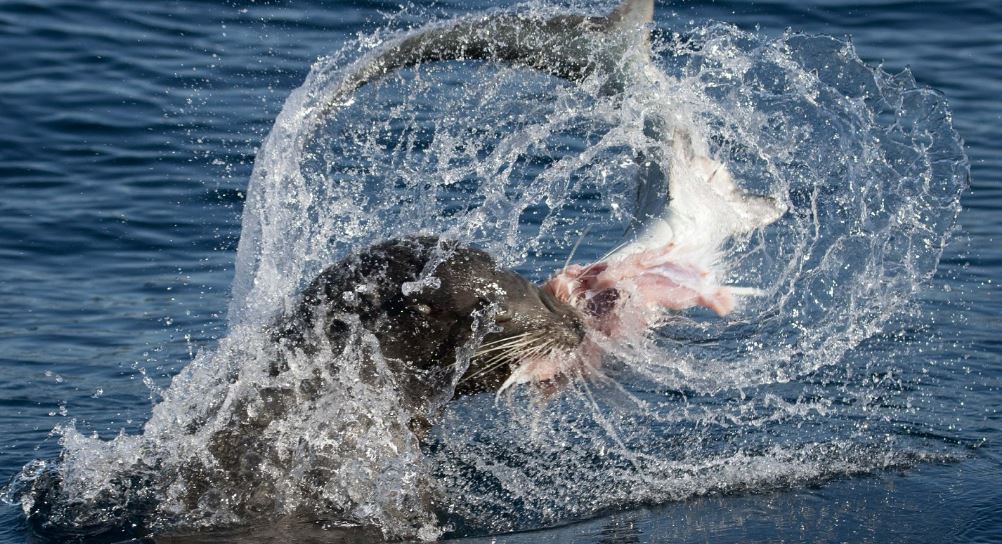 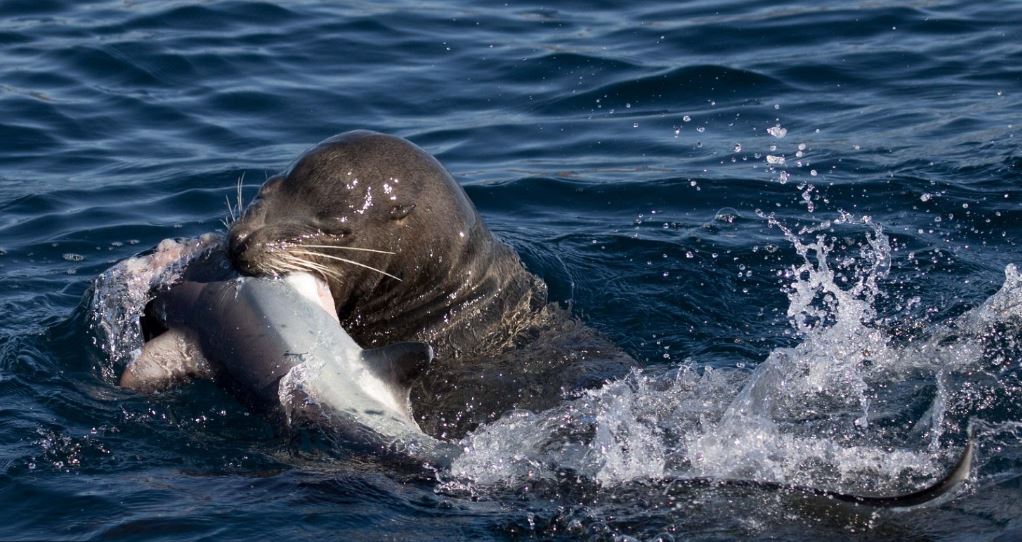 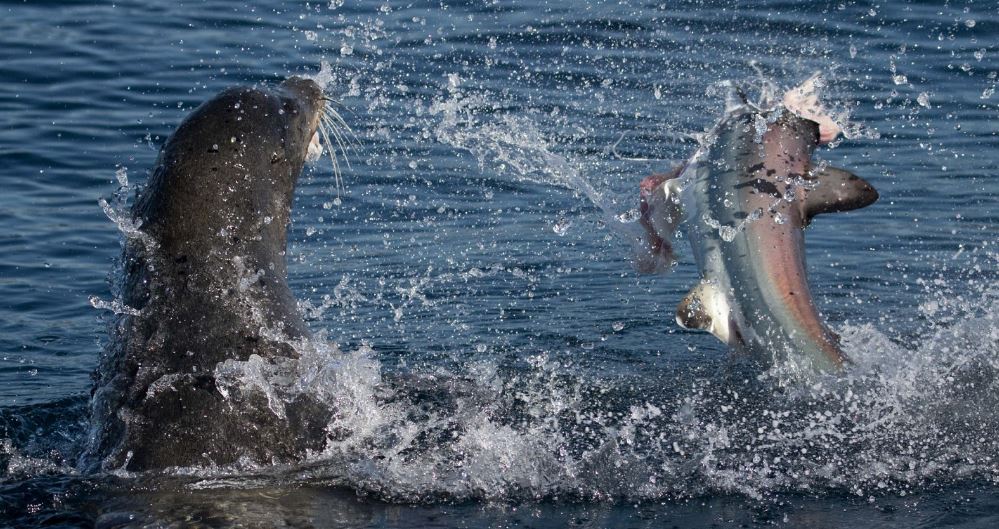 The Thresher shark is known to target mackerel, small tuna and occasionally, an unsuspecting sea bird 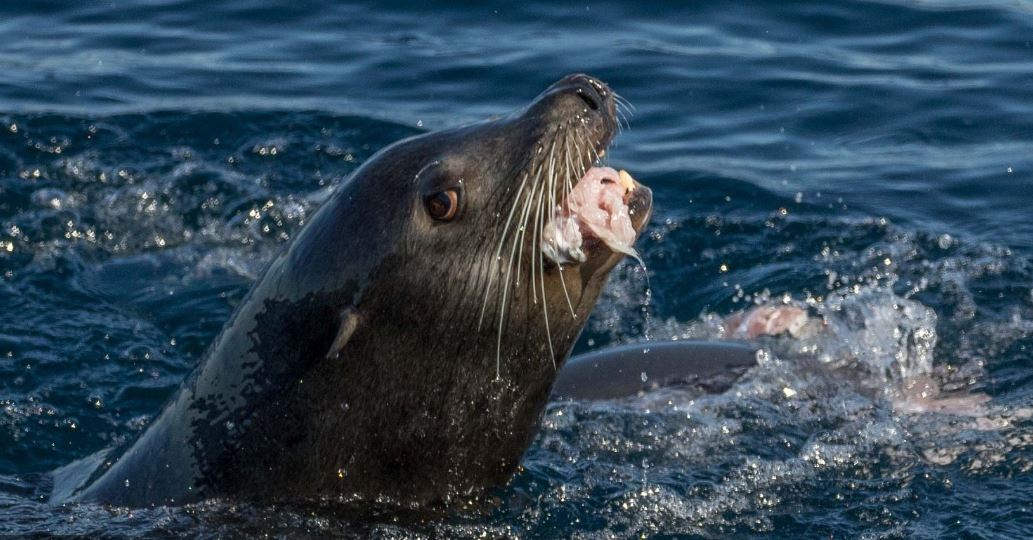 The sea lion, pictured, looked rather content having defeated the Thresher shark in the dinner time death duel 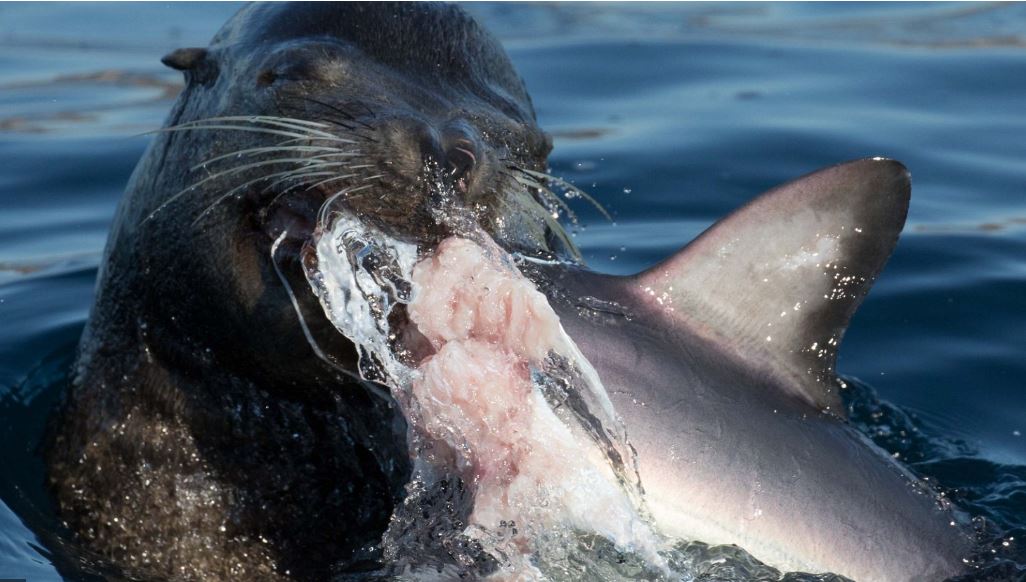