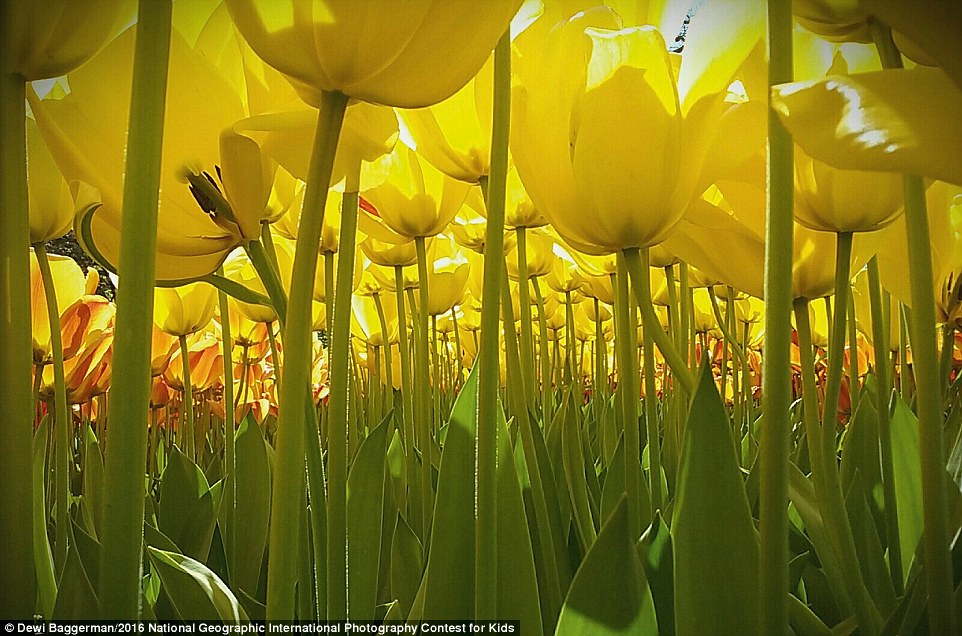 Her photo of an ostrich chick, chirping away in front of a miniature microphone, titled ‘Owning the Stage,’ saw Kate win a ten-day trip to the Galápagos Islands.

Kate Anderson, 12, took a photo with her new ostrich chick. The picture led her to win the U.S. competition 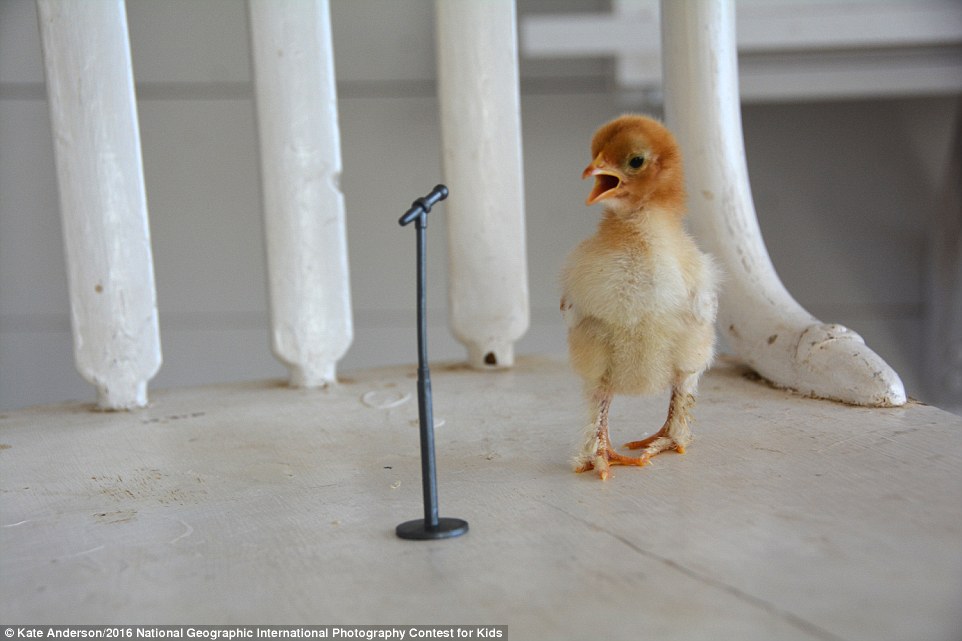 Dewi Baggerman, 11, from The Netherlands, won the global side of the competition with his picture of the underside of tulips

Piers Nicklin, 12, said: ‘Napping on the beach, I opened my eyes to this colorful parade of camels on Galu Beach in Kenya 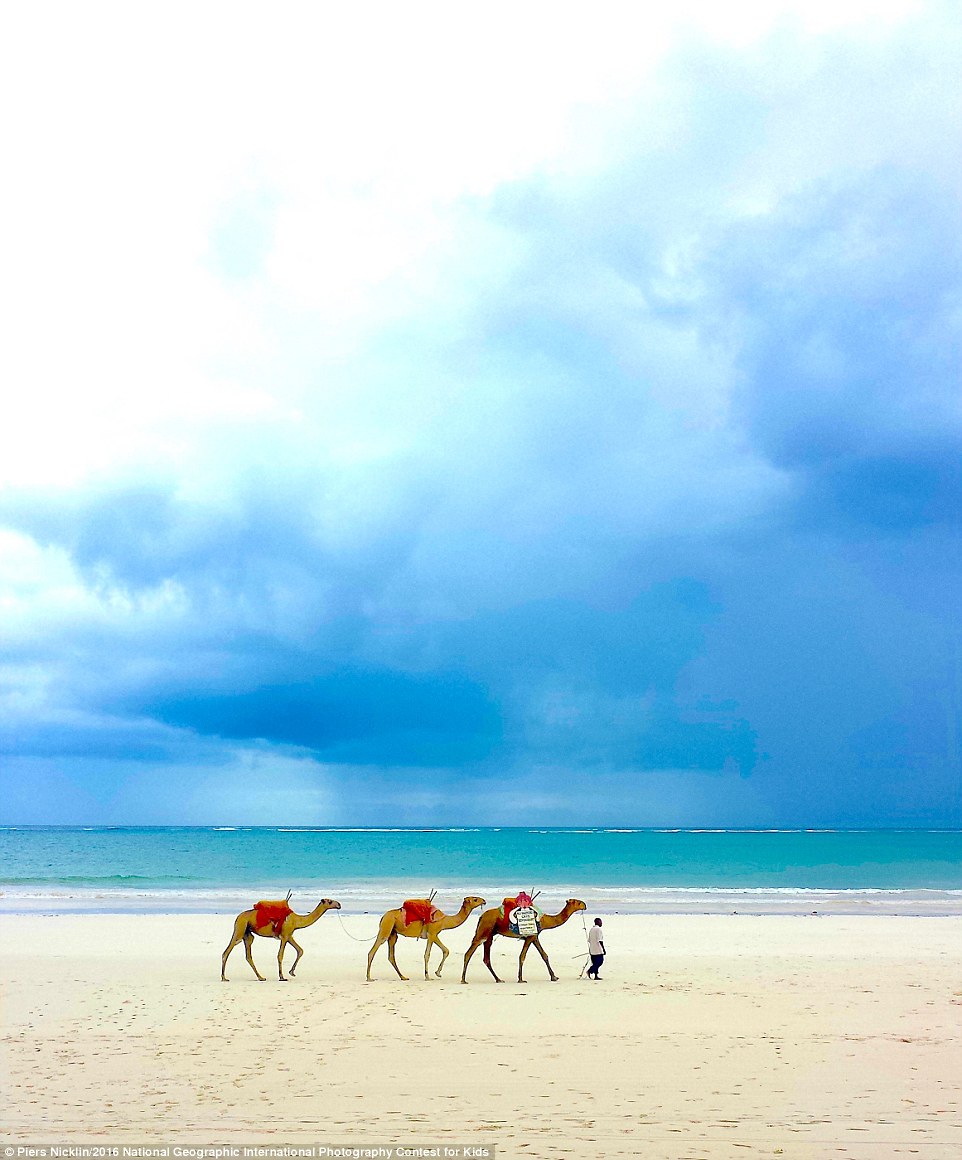 Pan Yinzhi, 13, from China managed to get a unique and colorful perspective of a cargo storage yard 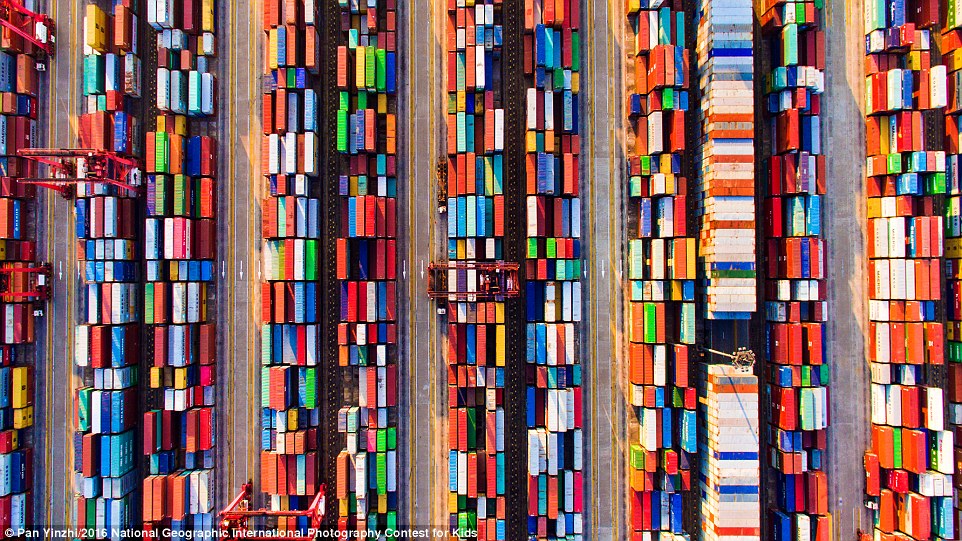 Mystic Gates: Riley Harlan, 12, was high in the mountains of Japan, where 10,000 gates lie still, just waiting to be explored 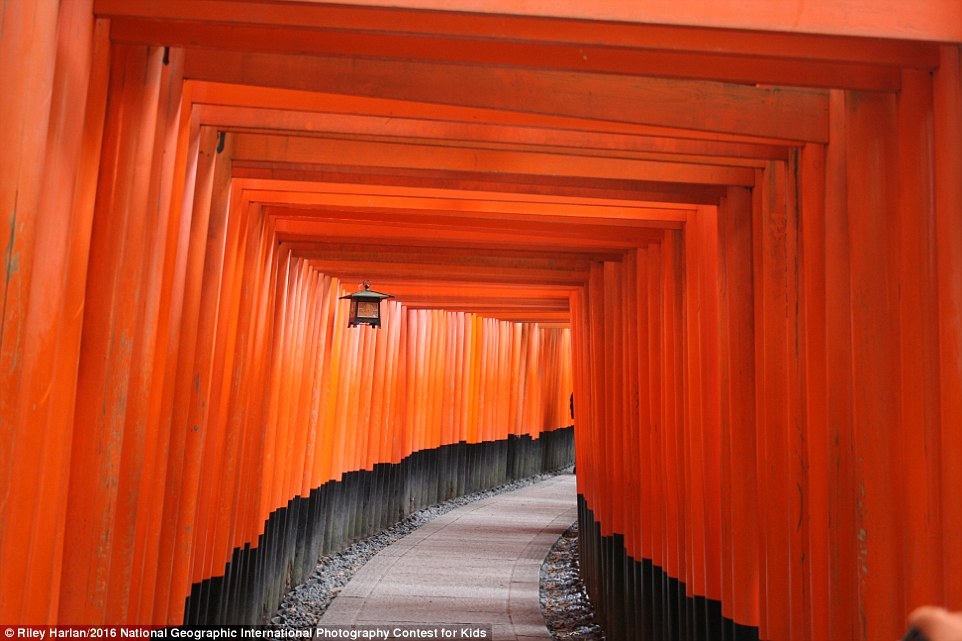 Zip-line Adventure: Ryan Hughes, 13, took this photo after his friend jumped off a wooden ledge 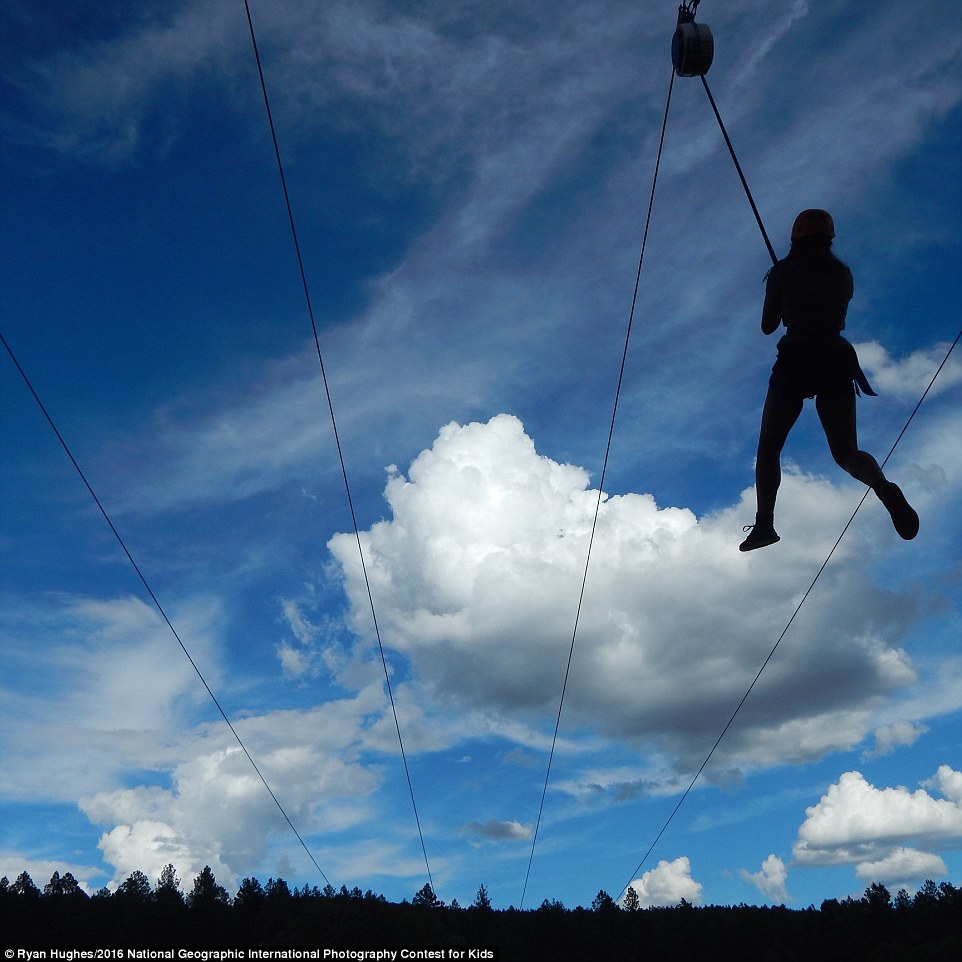 Alexia Saigh, 14, took a peek through this archway into the beautiful southern Bohemian town of Cesky Krumlov located in the Czech Republic. 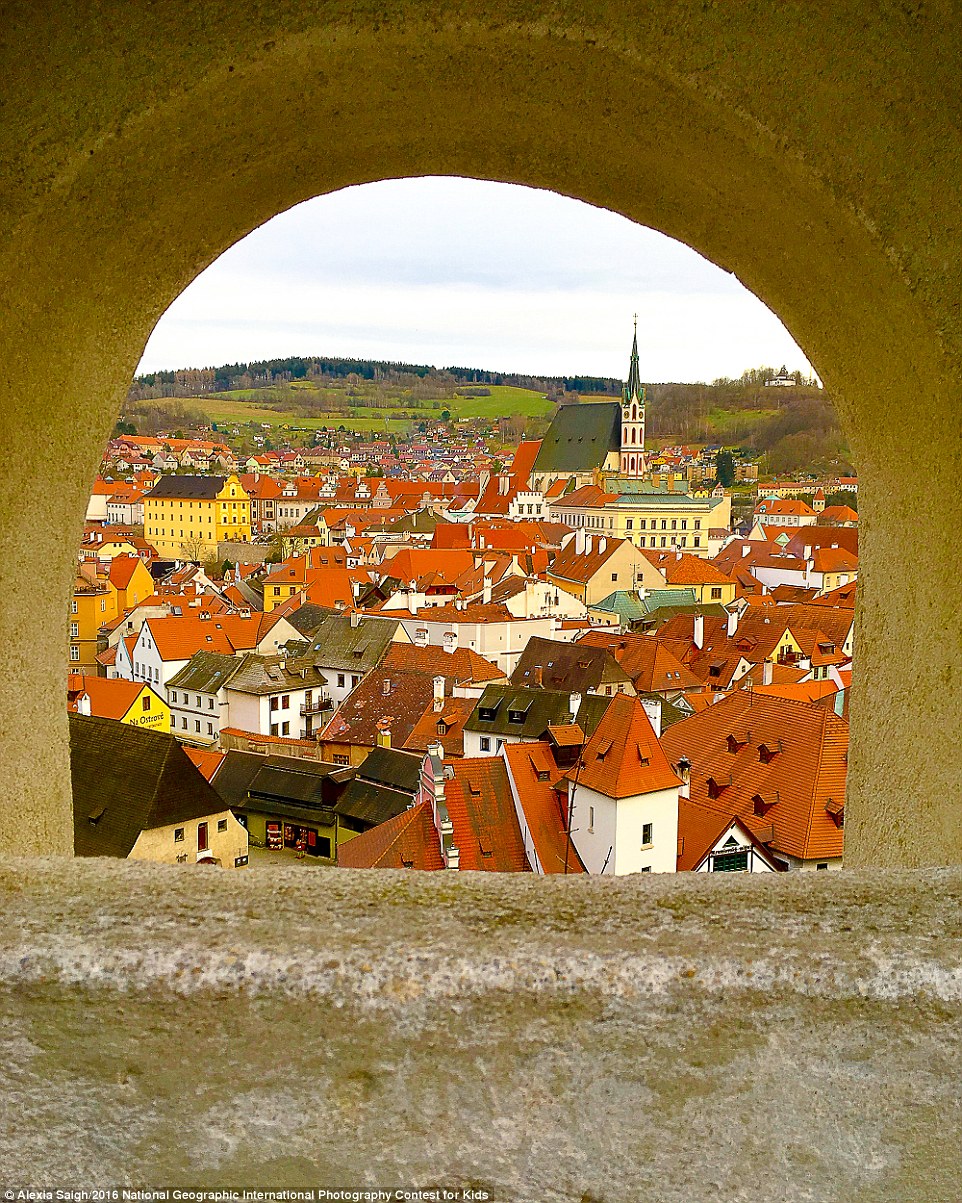 Maj Kastelic, 13, from Slovenia, saw this face-off between a lizard and bug on a nearby leaf 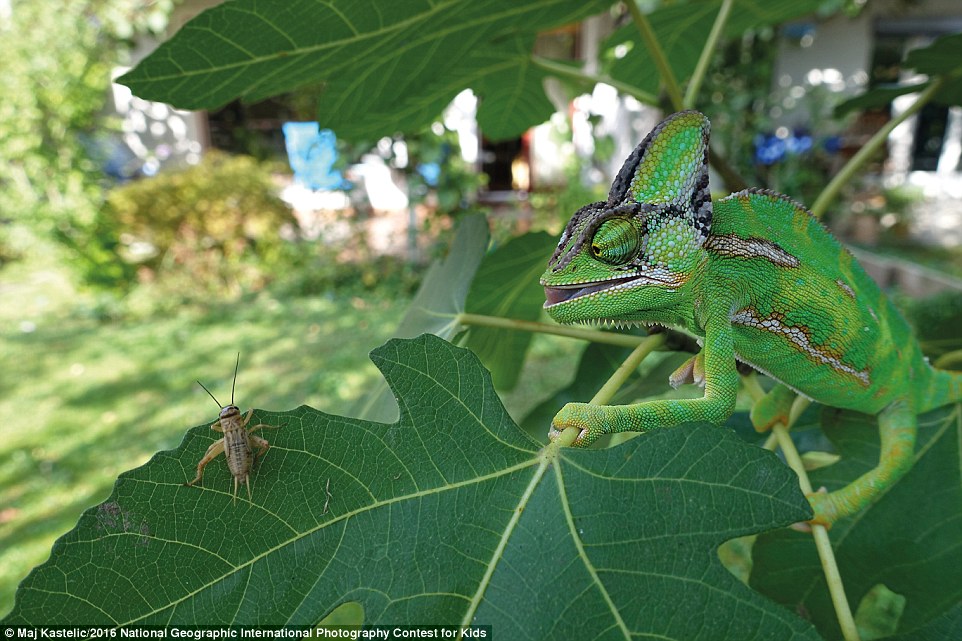 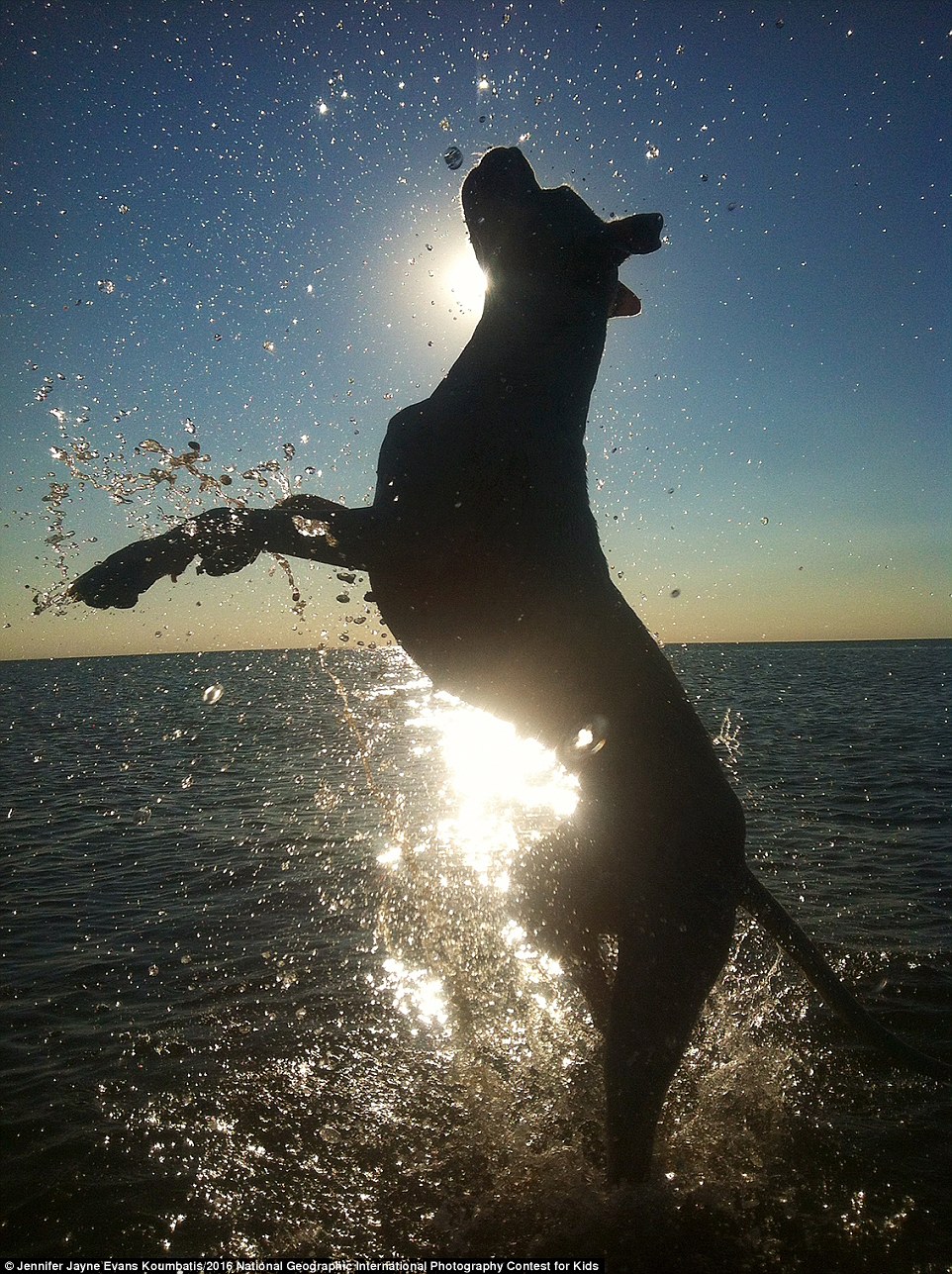 David Hopkins, 13, was at the Woodland Park Zoo in Seattle, Washington. ‘There were many birds,’ he wrote. ‘I got this pic while it was fluttering into its nest’ 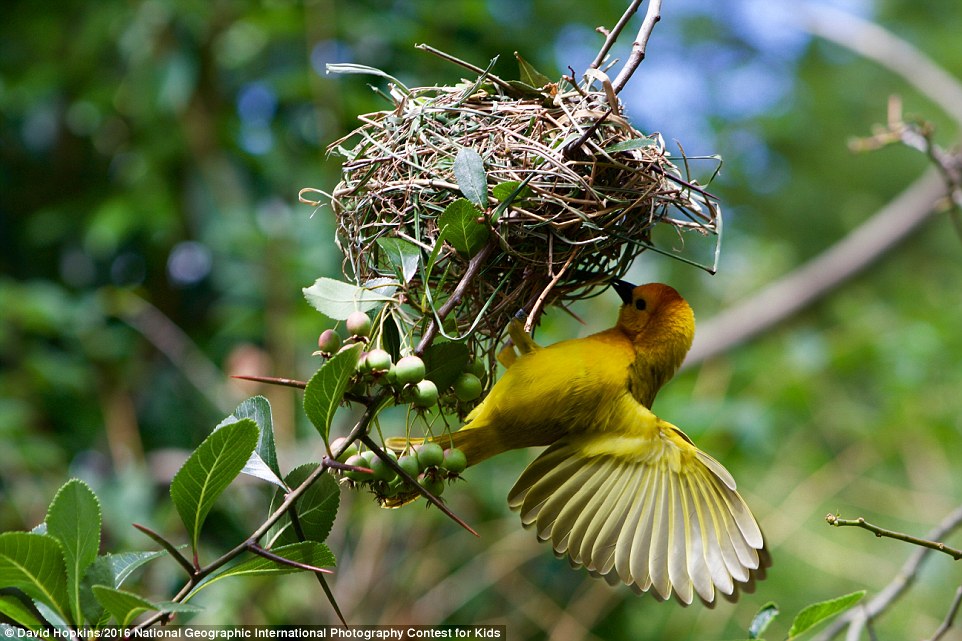 Freya Youssef, 12, captured a photo of a mother prairie dog greeting its young pup with a kiss. It was taken in Custer State Park last spring 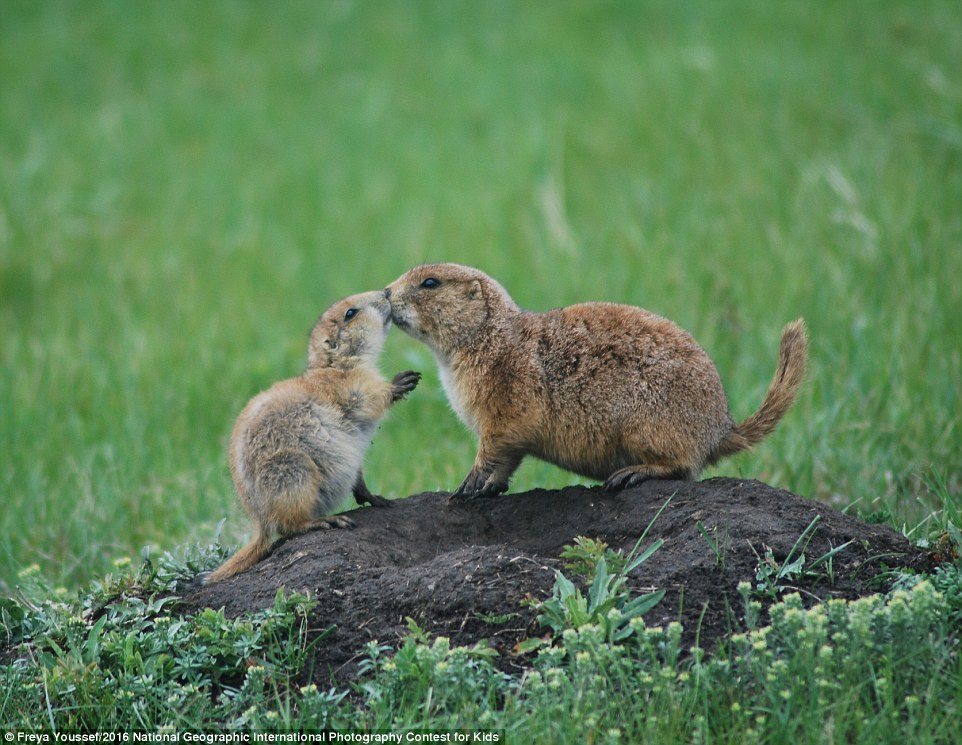