From 1925 to 1942 El Monte was home to Gay’s Lion Farm, which was established by former circus stars. The farm housed some 200 African lions, and many of the lions were used in motion pictures.

Gay’s Lion Farm in El Monte, California, was opened in 1925 by former circus performers Charles and Muriel Gay. Mr Gay had a long career working with the big cats and often trained the animals to work in the burgeoning movie industry.

The farm closed in December 1942, when wartime rationing made it impossible to get the ton of horse meat required daily for the cats, and the lions were loaned to zoos around the country. But by the time the war ended, Charles Gay was too ill to reclaim his cats. He retired to Balboa Island, where he died in 1950. He is buried at San Gabriel Cemetery.

A woman sits on an orange crate and poses next to one of the lions at the former Gay’s Lion Farm in El Monte, California 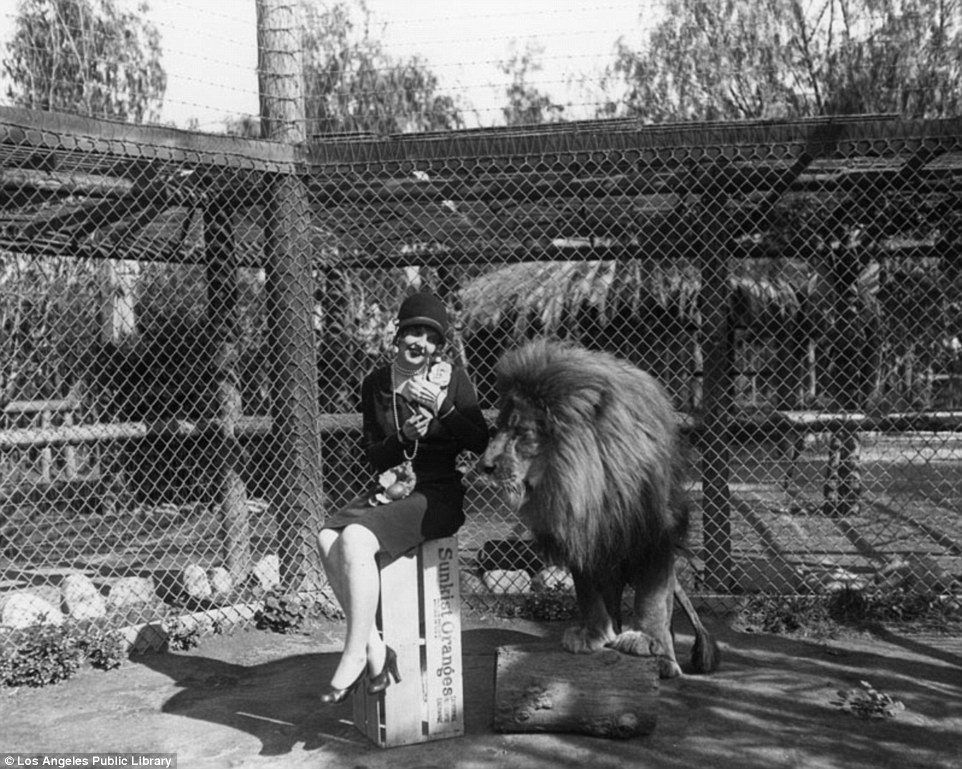