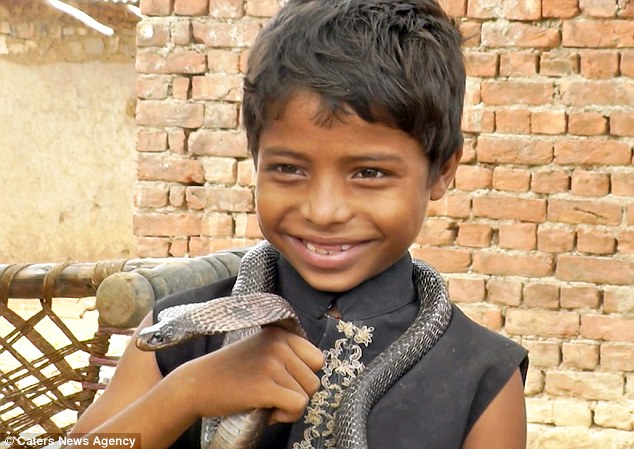 Snake with a face on its back is star of Indian village where children learn to charm cobras from the age of two. Indian snake charmer tribe teach children as young as two their trade. In the north Indian village of Gauriganj, handling snakes is quite literally child’s play.

Every youngster is brought up in the company of venomous snakes so they can grow up to be ace snake charmers.
And one of the favourite snakes in the village seems to be happy to oblige, judging by the smiling face on the back of its head.

Having mastered the art himself, Uttam Nath, says the villagers see it as their duty to introduce the young members of their community to snakes as soon as possible.

This smiling serpent is one of many in the northern Indian village of Gauriganj, where snakes are a key part of life. From toddler age, children are surrounded by snakes to prepare them for their future roles in the community 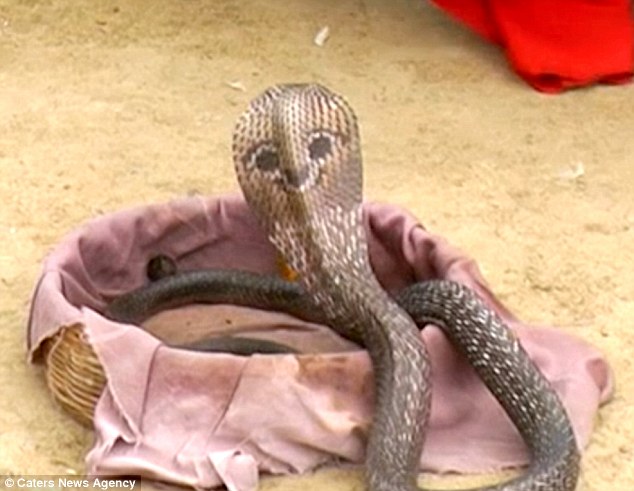 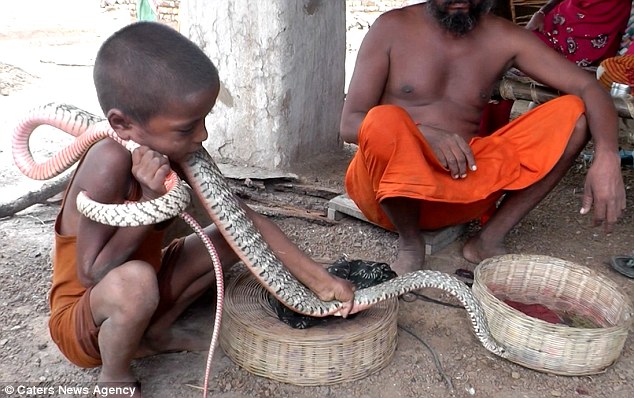 Men traditionally grow up to be snake charmers. Here a serpent with a smile is hypnotised by a flute-playing professional 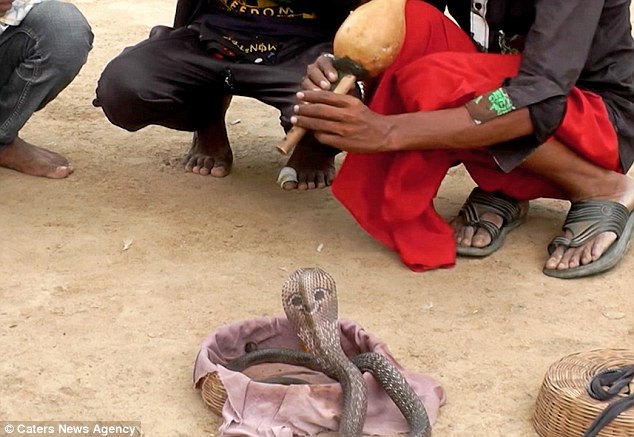 Training starts early, with toddlers getting to grips with the art of snake charming and growing up surrounded by serpents 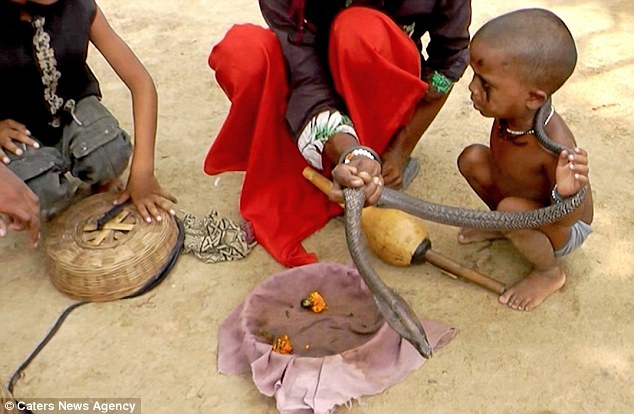 Children should know everything they can know about snakes to learn the tricks of the trade, says veteran snake charmer Uttam Nath. Some children are even at ease with a deadly cobra casually slung around their neck

There is no formal schooling – boys instead complete a ten-year initiation ritual to become snake charmers and earn their crust. Meanwhile, the women care for the serpents at home 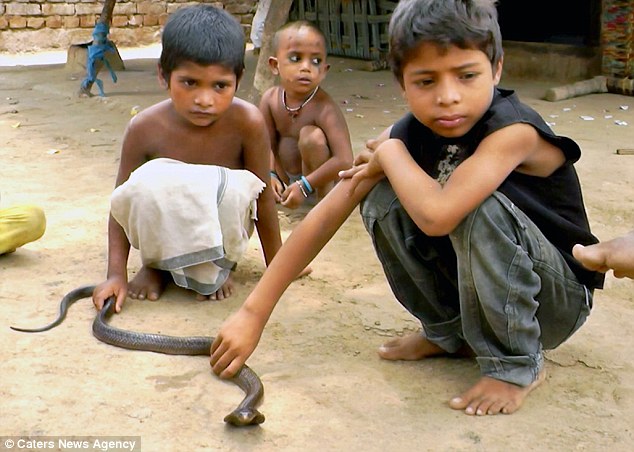 The tribe of charmers learn how to control the beasts with a hypnotic tune, but they are never completely tame. The villagers also grow up learning how to cure people of snake bites with natural therapy 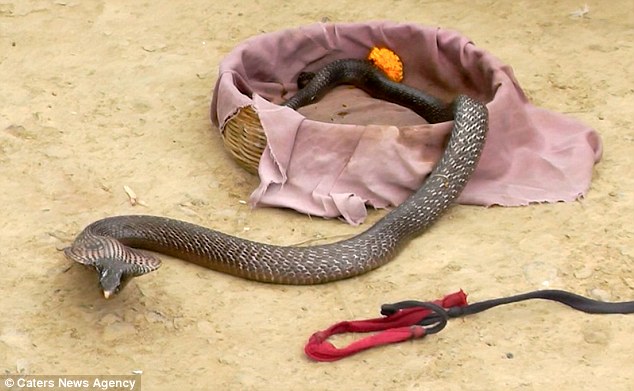 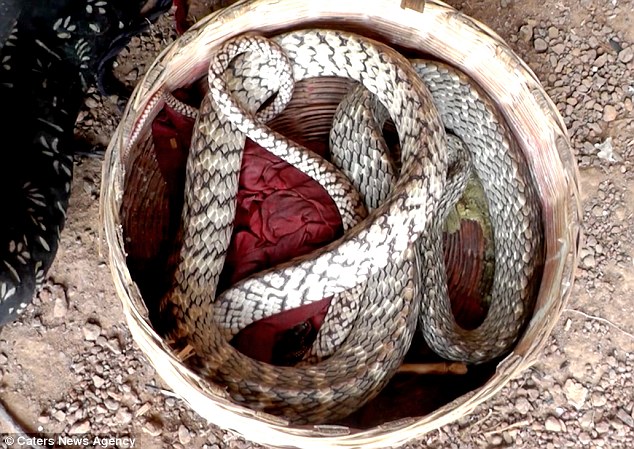 But the art of snake-charming as a full-time occupation may be about to die out, as Indian authorities are cracking down on snake welfare and dishing out fines for people caught handling them 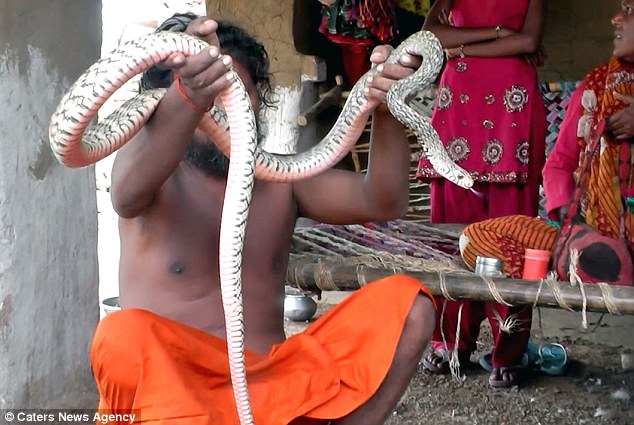 Girls like Meru Nath Madari, four, are taught to care for the snakes. Boys, meanwhile, learn to charm them with the traditional flute 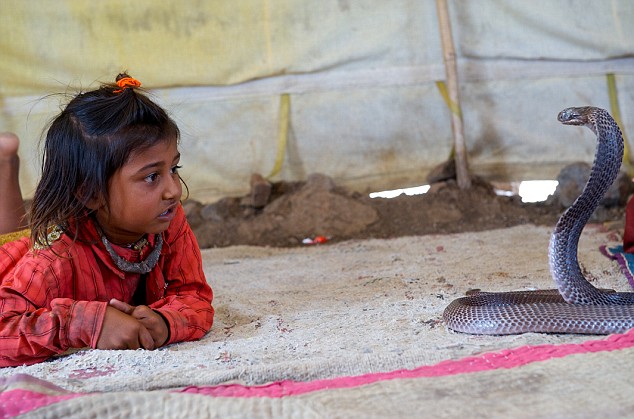 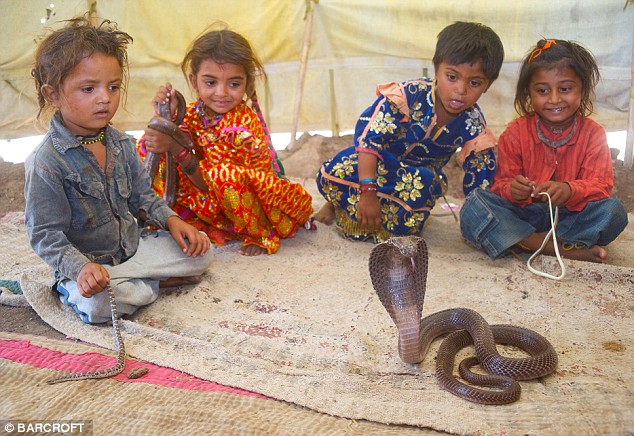