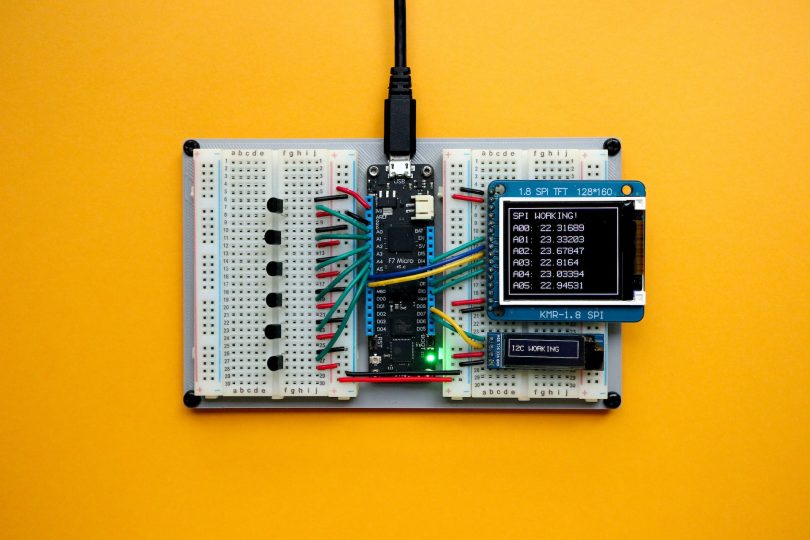 An Internet of Things (IoT) is a physical product with technical intelligence, i.e., gadgets with sensors, recognizers, and other technologies for connecting and exchanging data with other devices and systems over the Internet.

Many IoT solutions are built as vertical silos, which involve duplication of development effort and multiple incompatible solutions that perform similar functions like data collection and access control.

To offer customers the finest services possible, libraries have embraced developments and successfully overcome the difficulties posed by introducing new technologies. In reality, it has become second nature in our technology-driven society to give customers what they have grown accustomed to. The fundamental purpose of libraries is the same as it has always been: to serve the needs of the communities they serve.

Radiofrequency identification (RFID) technology enables item identification and, item security; machine-to-machine (M2M) communication. It is used in devices like self-check kiosks or automated materials handling machines, and semantic search technologies, which incorporate metadata and discovery tools, are some of the ways the IoT is already used in libraries.

Sensors are essential to IoT devices as they accept and process data and send it to networks.

Data acquisition systems (DAS) and Internet/Network gateways are present in this layer. Data aggregation and conversion tasks are carried out by DAS (collecting data and aggregating data, then converting analog data from sensors to digital data, etc.). Advanced gateways, which primarily connect sensor networks to the Internet, also carry out several fundamental gateway functions, such as malware protection, filtering, and occasionally making decisions based on inputted data and data management services.

This is an IoT ecosystem processing unit. Before being sent to the data centre, where it is accessed by software programmes commonly referred to as business applications, the data is examined, pre-processed, and ready for further action. Edge IT or edge analytics enter the picture at this point.

This is the final layer of the IoT architecture’s four tiers. Data centres, or the cloud, are places where data is maintained and used by end-user applications like those for agriculture, healthcare, aerospace, farming, and defence, among others.

The Benefits of Open Source IoT

IoT itself is a pricey technology as it involves the management of sensors, data cost, etc. Thus, using open source IoT is a feasible option because it does involve any data cost. The zero cost of IoT open source has considerably encouraged developers to utilize the internet of things.

Open source has made the IoT a cheaper resource, and this has made investors turn their heads toward this technology. Companies can extract economic benefits from software development. Using open source libraries would reduce the cost and increase profitability.

IoT devices or software generally speak their manufacturers’ language, which makes them restricted. Communities that work with open source use common standards and open protocols, enabling greater integration into their platforms.

IoT is an up-to-the-minute technology and requires upgrading with time, which is not possible for closed source codes. Open-source IoT libraries enable continuous transformation. Open communities and collaborative work are ideal ecosystems to make software evolve, innovate, and renew constantly.

The development of IoT promises to be revolutionary and accelerated, and that’s fine, but the user doesn’t want the devices he has purchased today to become obsolete and useless within a few weeks. Open-source libraries provide great flexibility and durability for IoT development.

The Fundamental Components of Iot Frameworks Include:

The IoT for open source libraries is a revolution for the high-tech community. Unlike before, now even beginners can develop software without spending an exorbitant amount.

People looking for an easier way to develop can look to open source libraries such as Kandi Openveawer, Zetta, OpenRemote, and others. You can explore IoT libraries to find the best one, as per your requirements.