We all know that the best view in a plane is from the cockpit – and these stunning pictures underscore that. Feast your eyes on some of the best pictures that pilot and photographer Christiaan van Heijst took


He flies a Boeing 747-8 cargo plane and produced jaw-dropping pictures from the cockpit last year, of thunderstorms, shooting stars, the Northern Lights, carpets of cloud and cities lit up at night.

1. This beautiful picture by 34-year-old Van Heijst shows a sunset over Alaska 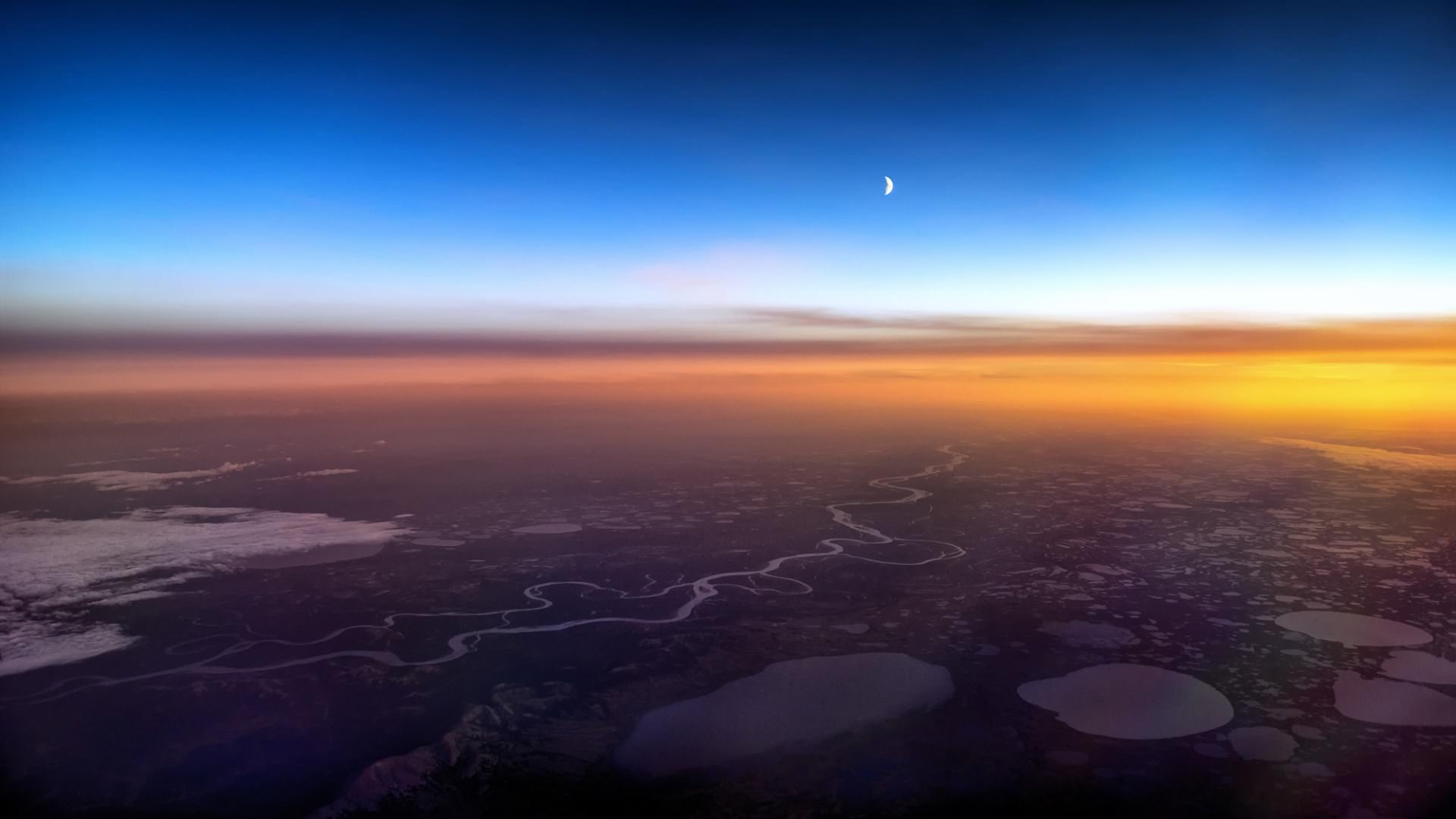 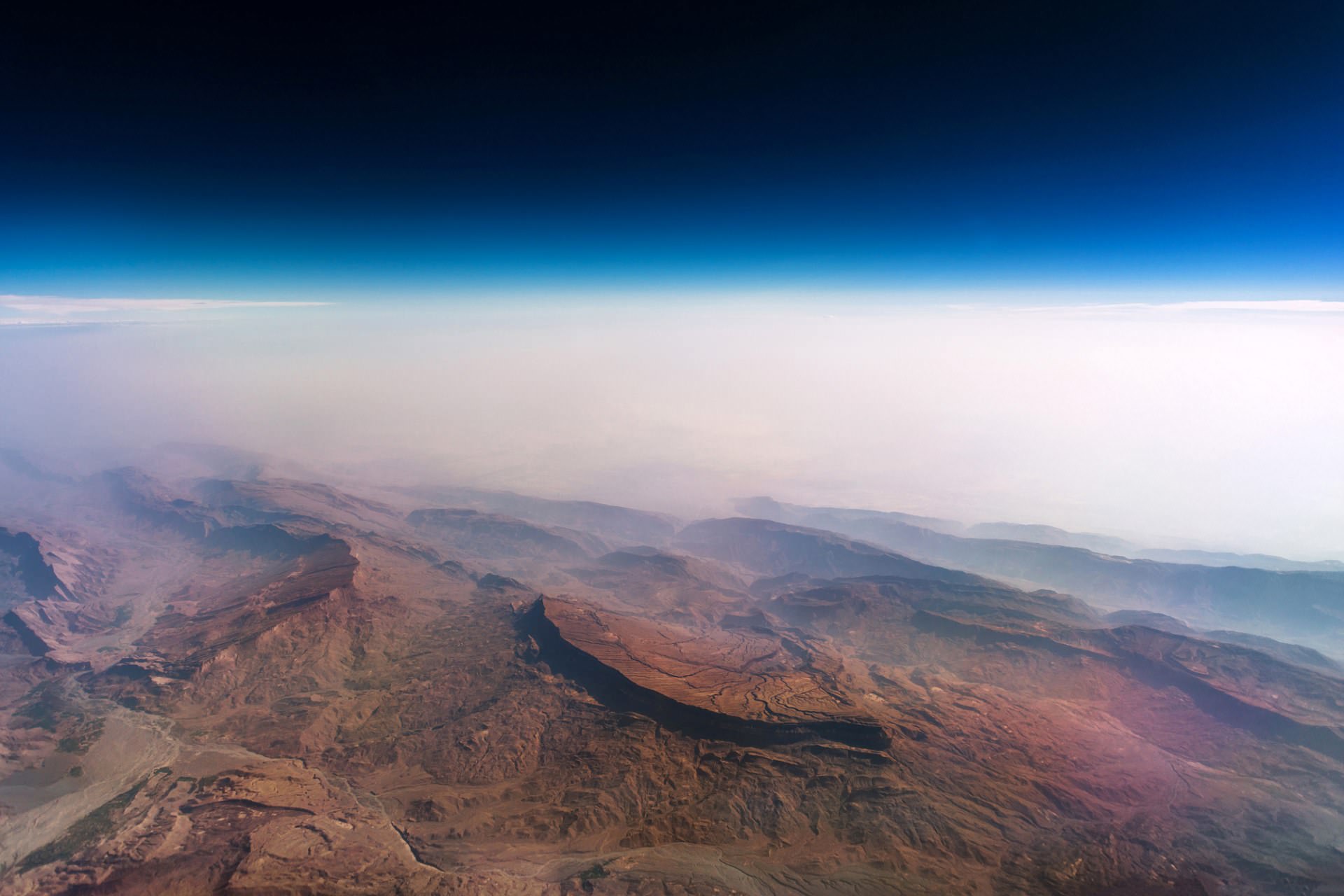 3. A dramatic lightning storm erupts in front of Van Heijst’s 747-8 cargo plane. Pictured is the first officer. Van Heijst told MailOnline Travel: ‘Flying with our 747 through a heavy thunderstorm, the airplane is building up a lot of friction from the heavy electrically charged clouds around us. If the electrical charge becomes large enough the whole airplane skin starts to glow purple and dozens of little sparks start to dance over the cockpit windows. This electrical discharge is completely harmless but a beautiful view for the lucky few sitting in the cockpit. This shot was taken over the Equator over the Atlantic Ocean, between South America and Europe’ 4. Planet earth couldn’t look more peaceful in this shot of moon-lit clouds, taken at high altitude over the Pacific Ocean. Van Heijst said: ‘All photos together create a much bigger picture of what it’s like to fly high up in the empty skies, an isolated vastness where humans or animals naturally have no place to be’ 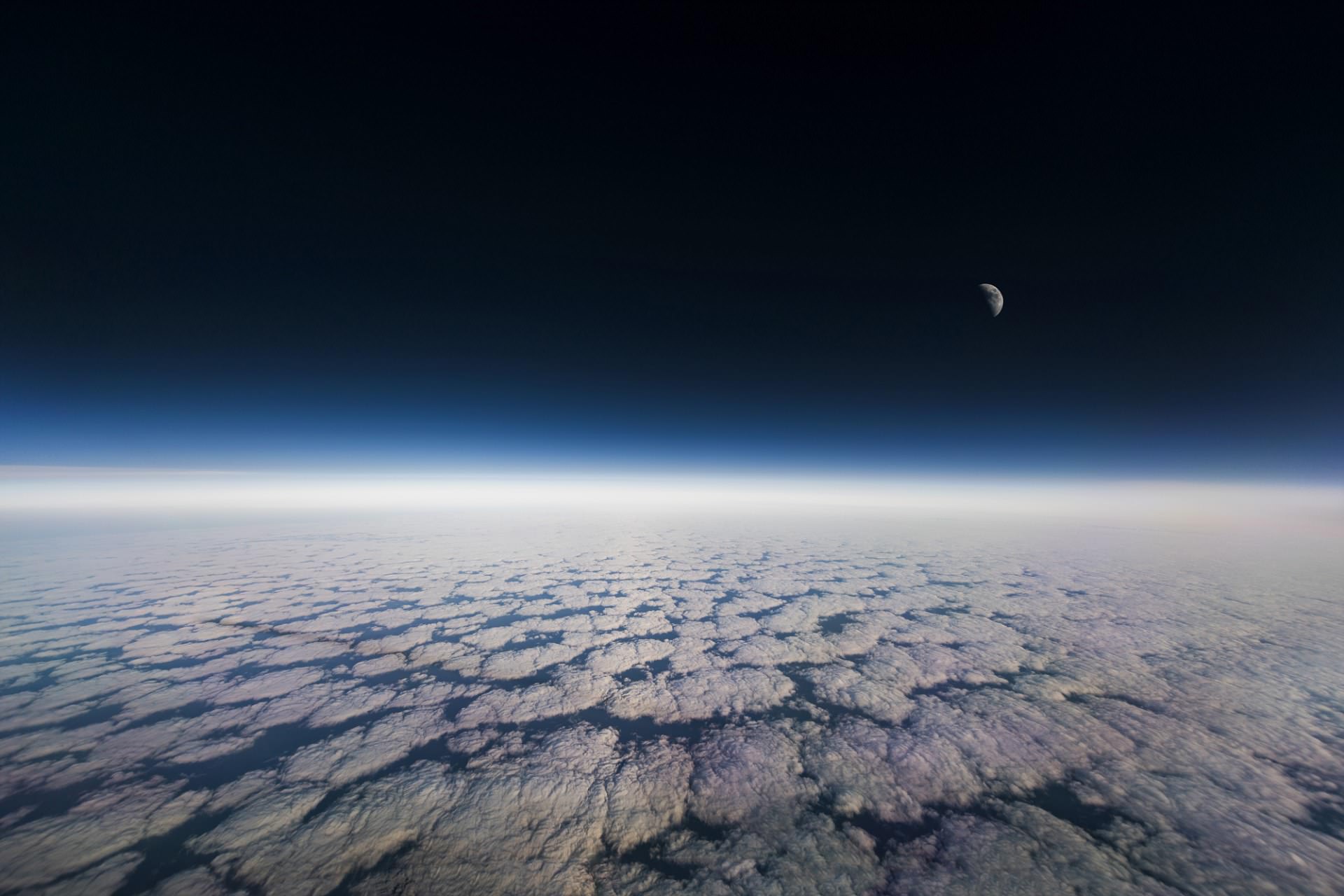 5. A gigantic storm erupts over Arkansas, USA, in this stunning picture. Van Heijst said: ‘Views that are unique and never to be seen again, I just feel I have to capture and share them, before they are gone for good’ 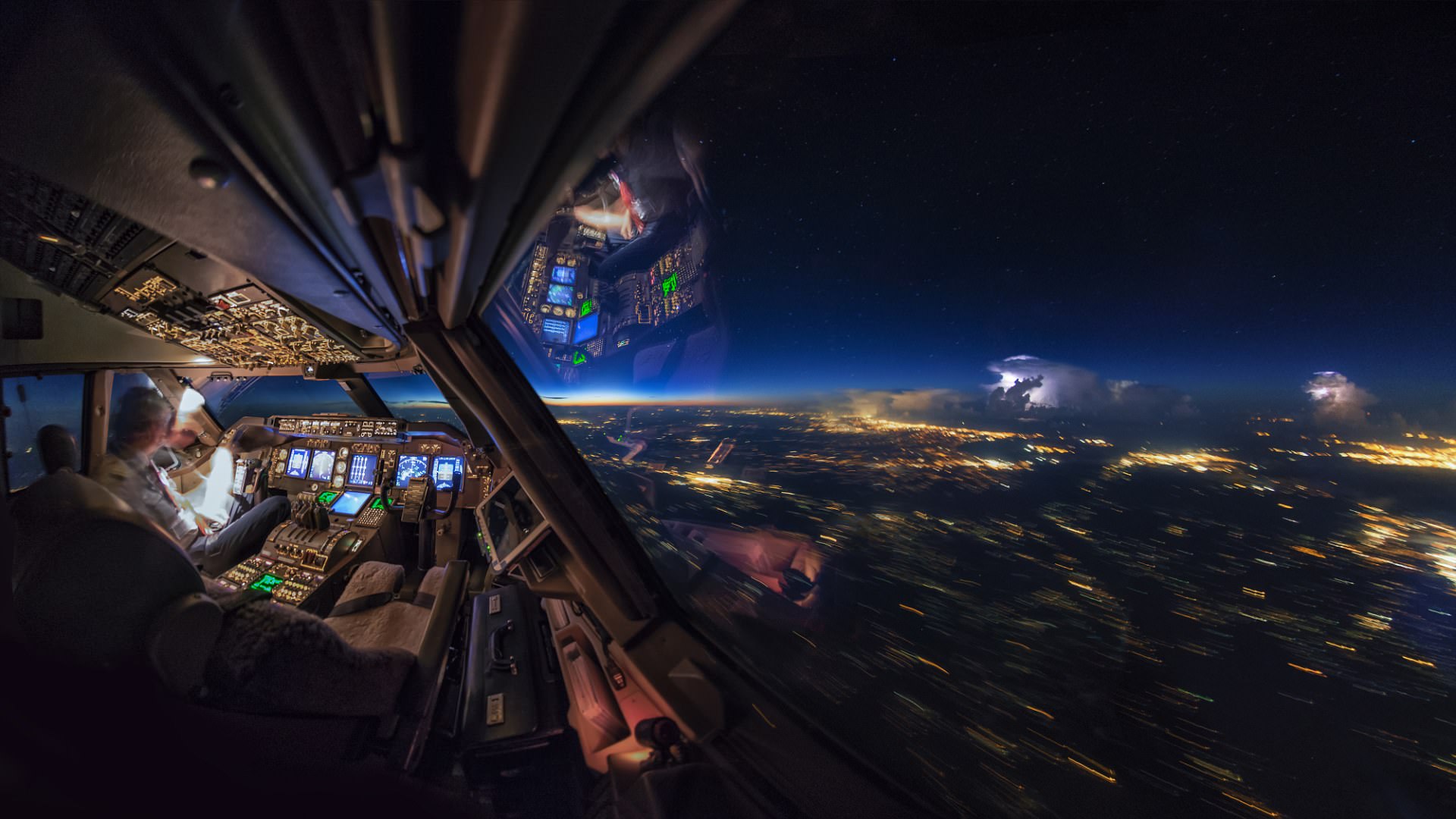 6. ‘In general, I always look forward to flights to and from Anchorage, Alaska, because of the Alaskan landscapes and the high chances of Northern Lights,’ says Van Heijst. This image, however, was taken over Canada 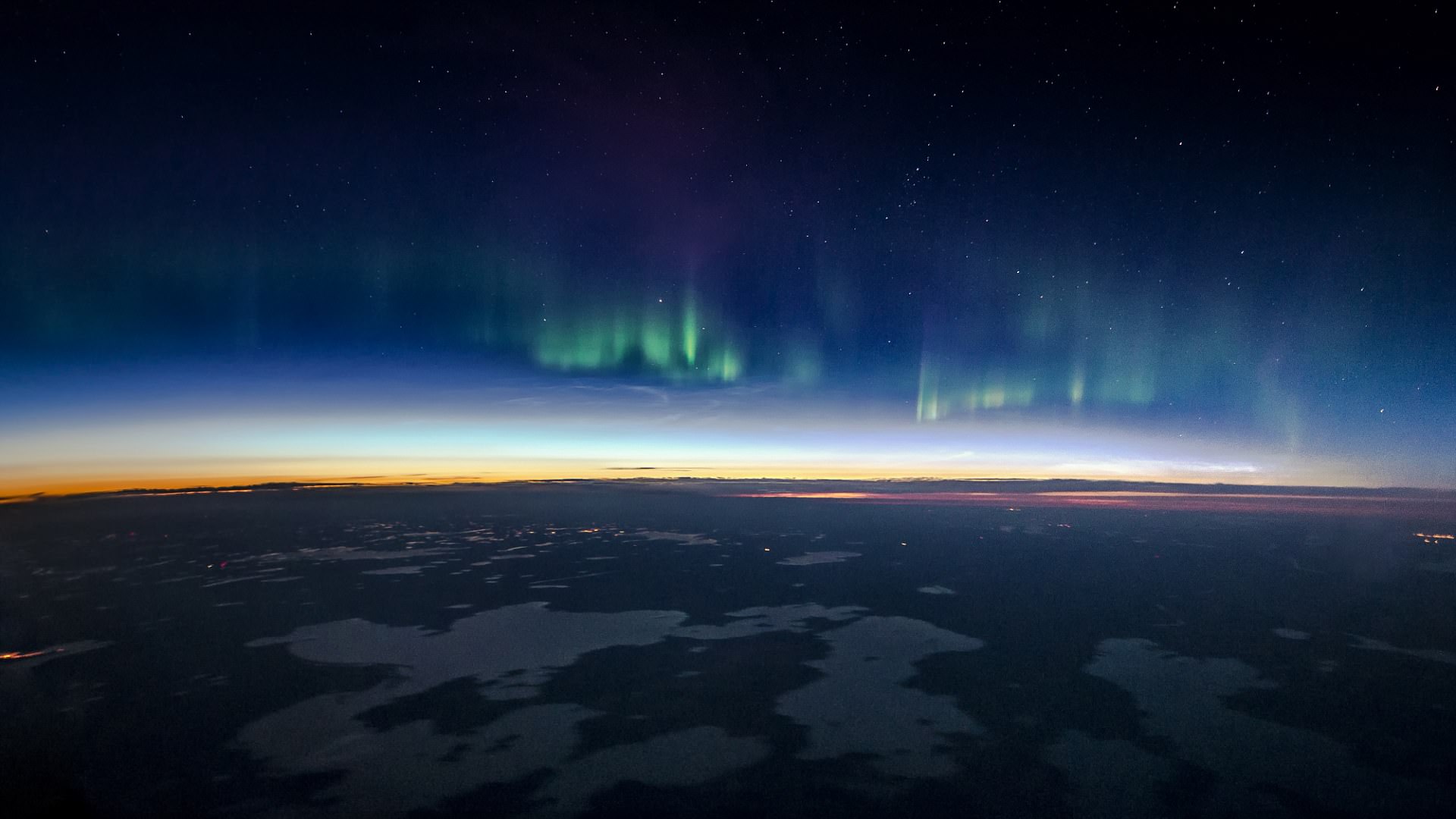 7. This amazing picture, taken in May 2017, shows a Chinese rocket streaking across the night sky. Van Heijst said: ‘We flew over the Atlantic Ocean between Africa and South America when suddenly and unexpected a huge fireball appeared to the left or our airplane, high up in the atmosphere. Later, it was confirmed we were the lucky witnesses to an unscheduled re-entry of an old Chinese rocket booster that had been circling the earth for nearly three years before burning up in the atmosphere, right at the moment we were flying there’ 8. The Milky Way shines brightly over Brazil. Van Heijst says he has been mesmerised by flying since he was four years old 9. In this hypnotic image Mongolia is bathed in moonlight. Van Heijst said: ‘These are views and impressions humankind has only been able to behold for a hundred years, and before that it was only seen by birds’ 10. Van Heijst said that the secret to taking good photographs from the plane window is to ensure that only light from outside the plane falls onto the lens. ‘Try covering up the window and/or camera with a blanket,’ he said. This picture was taken while flying over a cloud-covered Alaska with the Big Dipper (Ursa Major) showing herself among the countless stars that twinkle above 11. The Northern Lights look simply stunning in this startling shot over Canada. ‘The aurora,’ says Van Heijst, ‘is still one of the most magical and inspiring phenomena I have seen so far’ 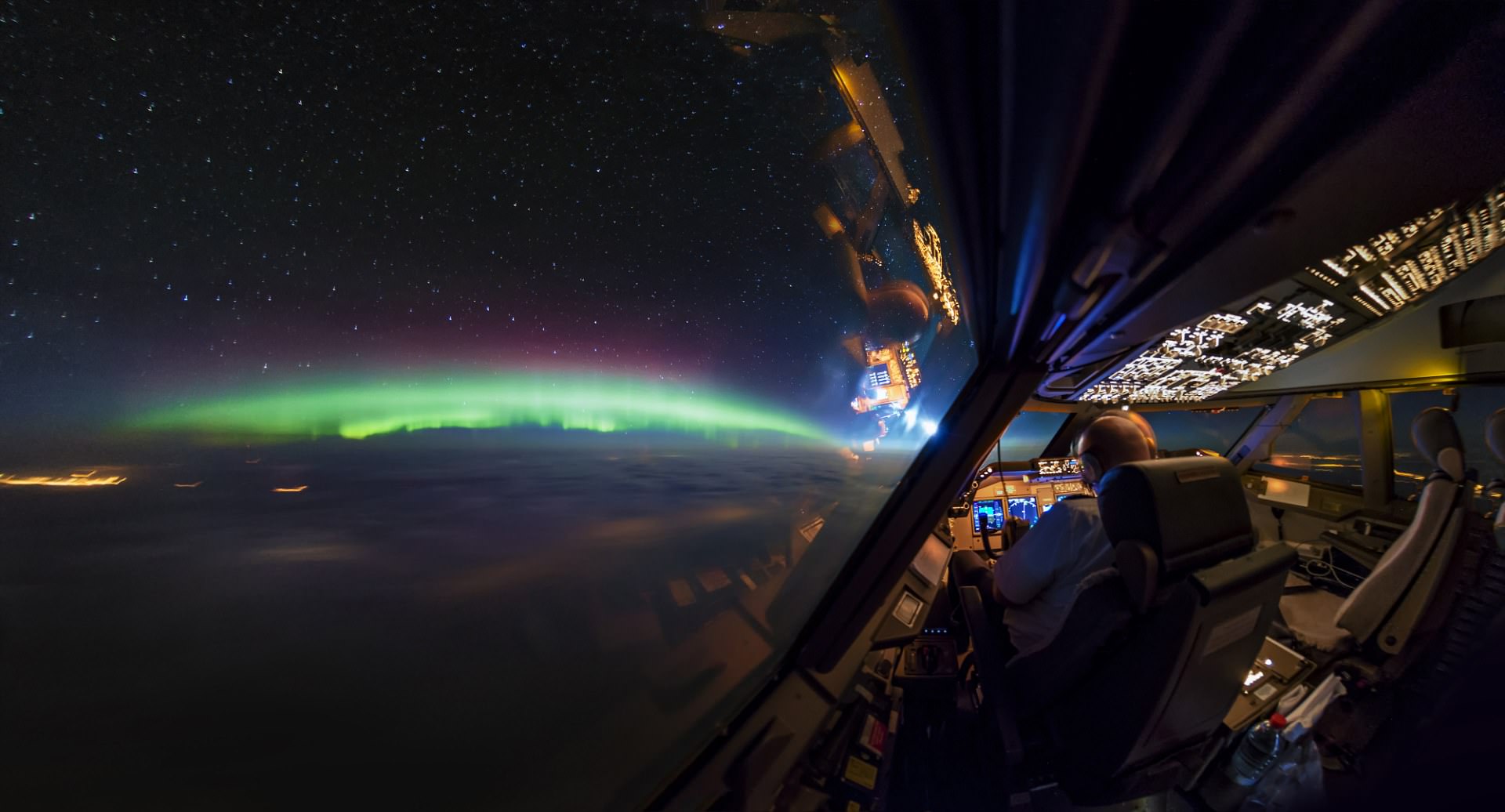 12. Heavens above: This superb shot shows the so-called zodiacal light – a faint glow that is sometimes seen at twilight when the sunlight is scattered in the interplanetary dust between the sun and the earth. ‘On top of that,’ said Van Heijst, ‘the International Space Station made her third visible pass during our night flight, seen here as a bright trail of light as it reflects the sunlight from over the horizon.’ He explained that the green glow on the right is known as earth glow, ‘not to be confused with aurora (or Northern Lights)’. ‘It’s actually a faint glow that is being produced by the oxygen in our own atmosphere,’ he said, ‘and not a side effect of the sunlight or radiation. Sometimes visible with the naked eye, but you’ll need to find a place with as little light pollution as possible’ 13. There is a powerful and peaceful sense of solitude about it while sitting in a small cockpit, 38,000ft up in the sky with a vista that extends thousands of miles from horizon to horizon.’ Pictured is a sunset over Mongolia 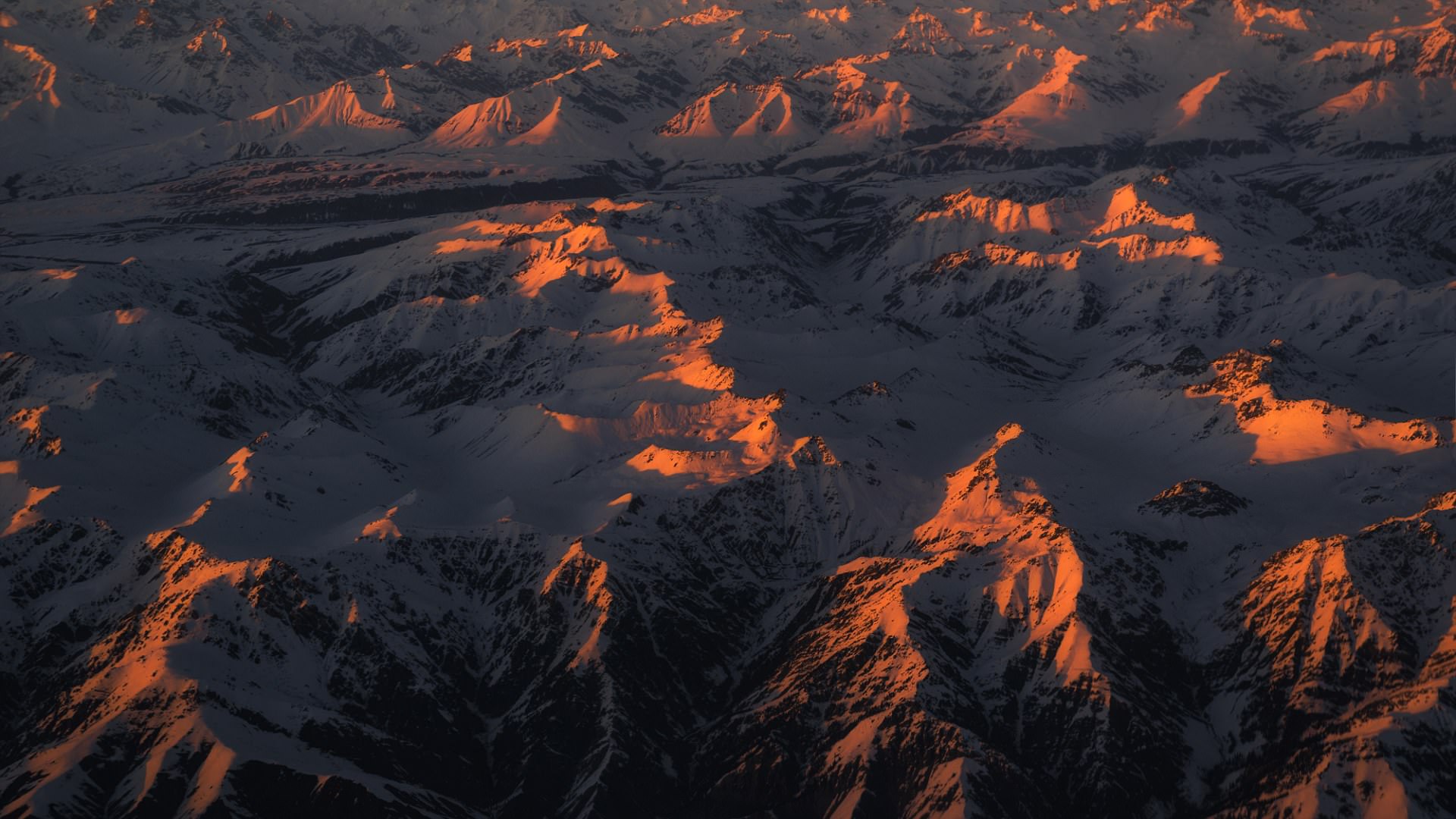 14. Shutterbug: Over 14 years as a professional pilot Van Heijst has honed his photography technique. He said of this picture, taken over Canada, that it’s ‘one of the few times I’ve been lucky to witness the Northern Lights during summer since they are normally hardly visible with the sun still so close to the horizon on the Northern hemisphere’. He added that ‘the sun is in a constant state between sunset and sunrise and at the same time we are treated to a nice show of dancing Northern Lights’ 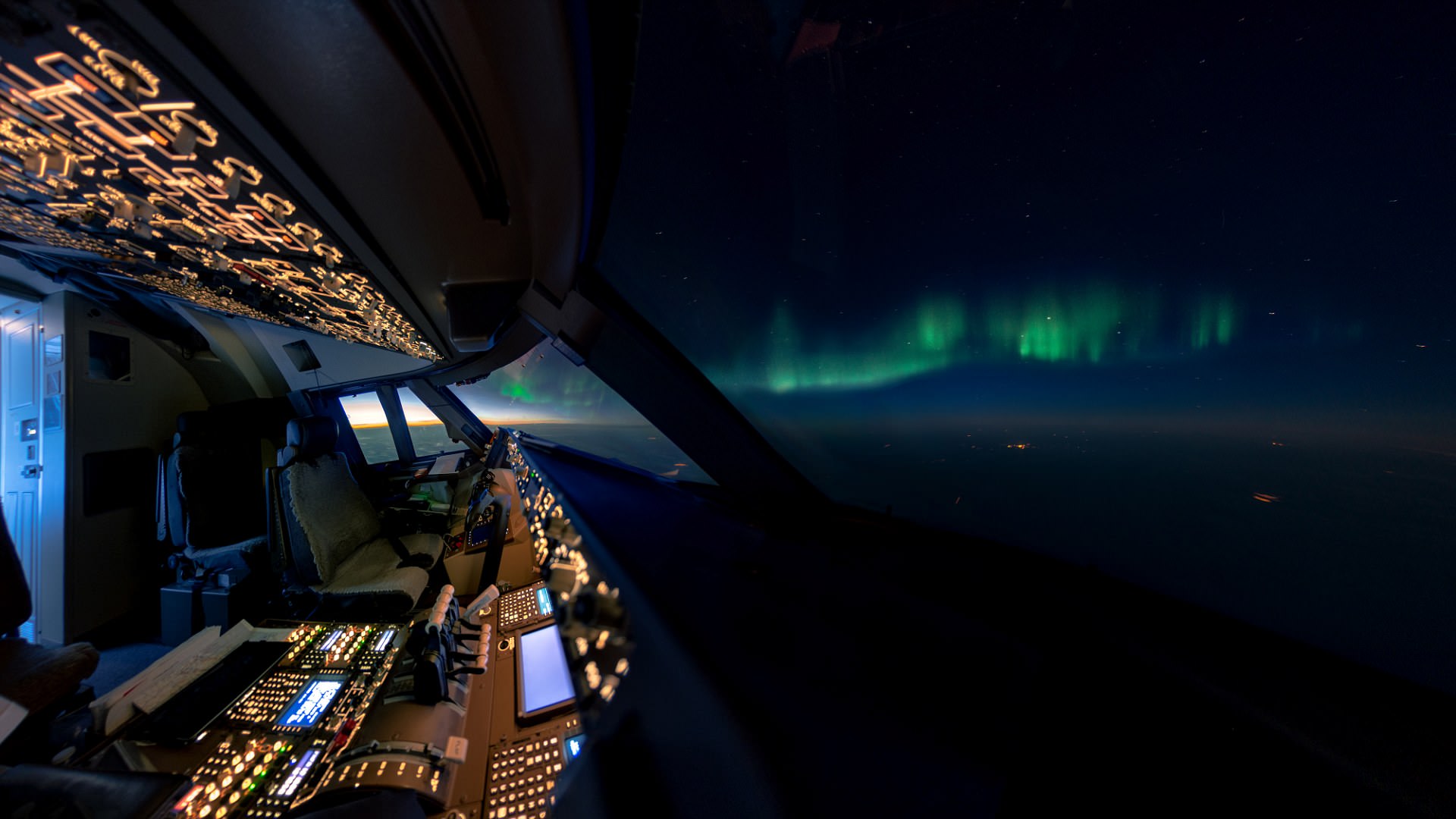