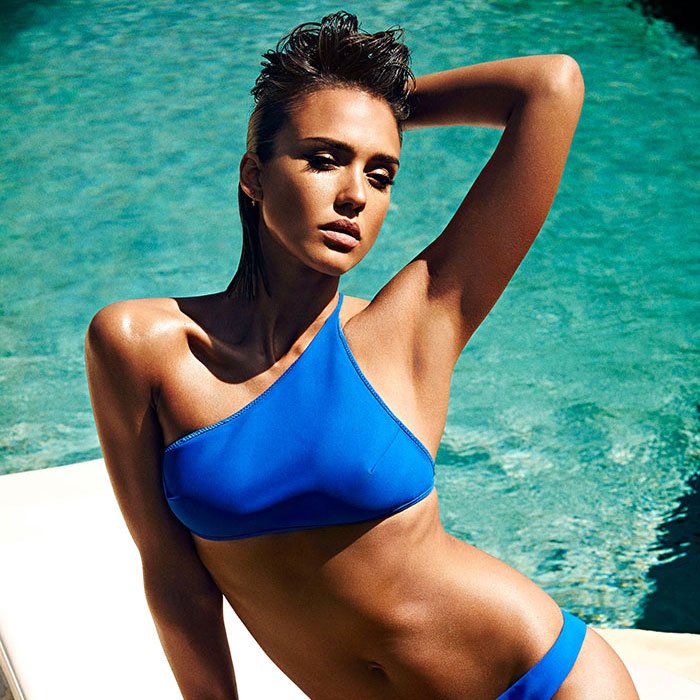 Jessica Alba looked fetching in a purple string bikini as she swam off the shore of Lahaina, Hawaii on Friday afternoon 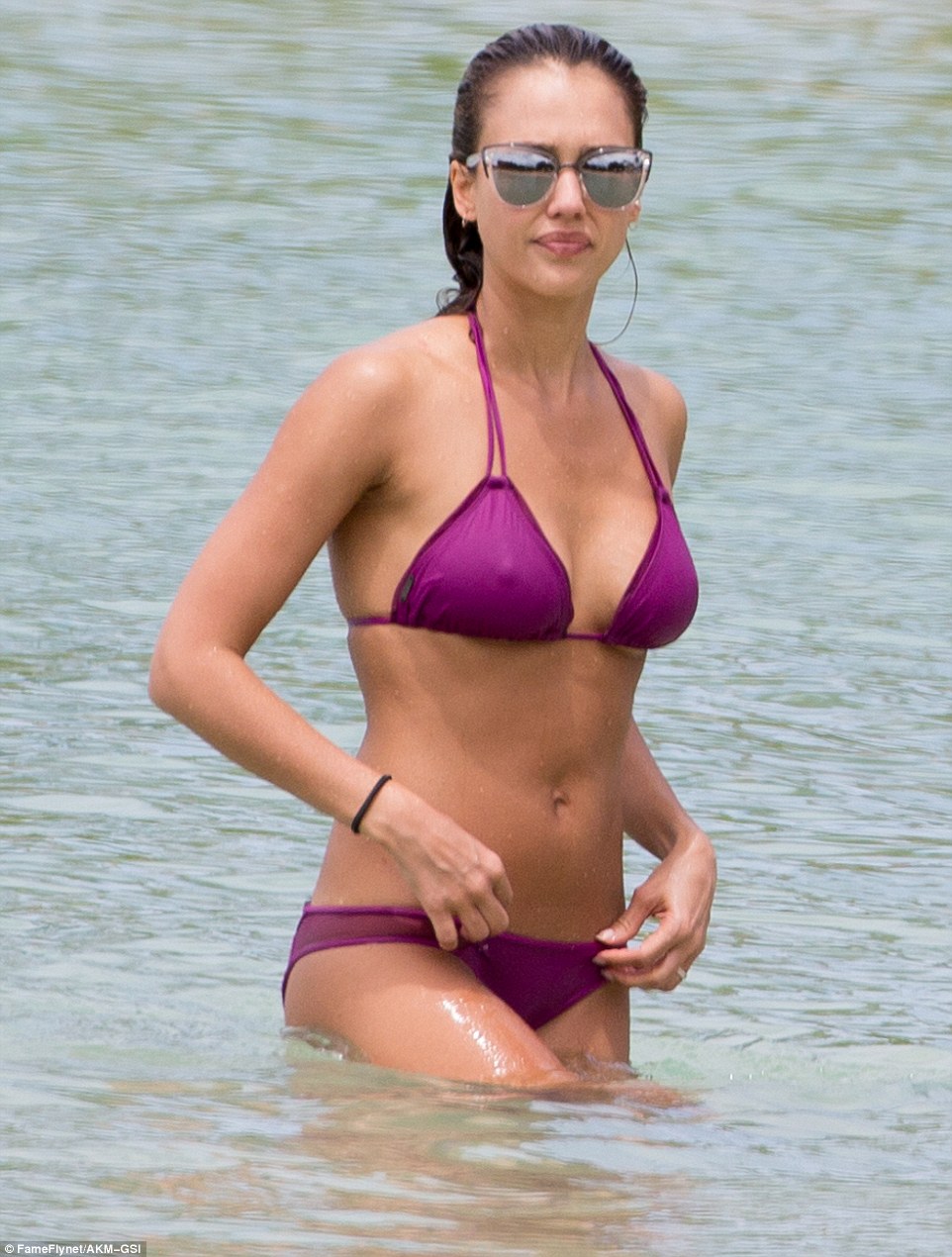 The California native seemed to be uncomfortable with her teeny bikini, however, as she pulled at it here and there as she waded in the water then got out to towel off 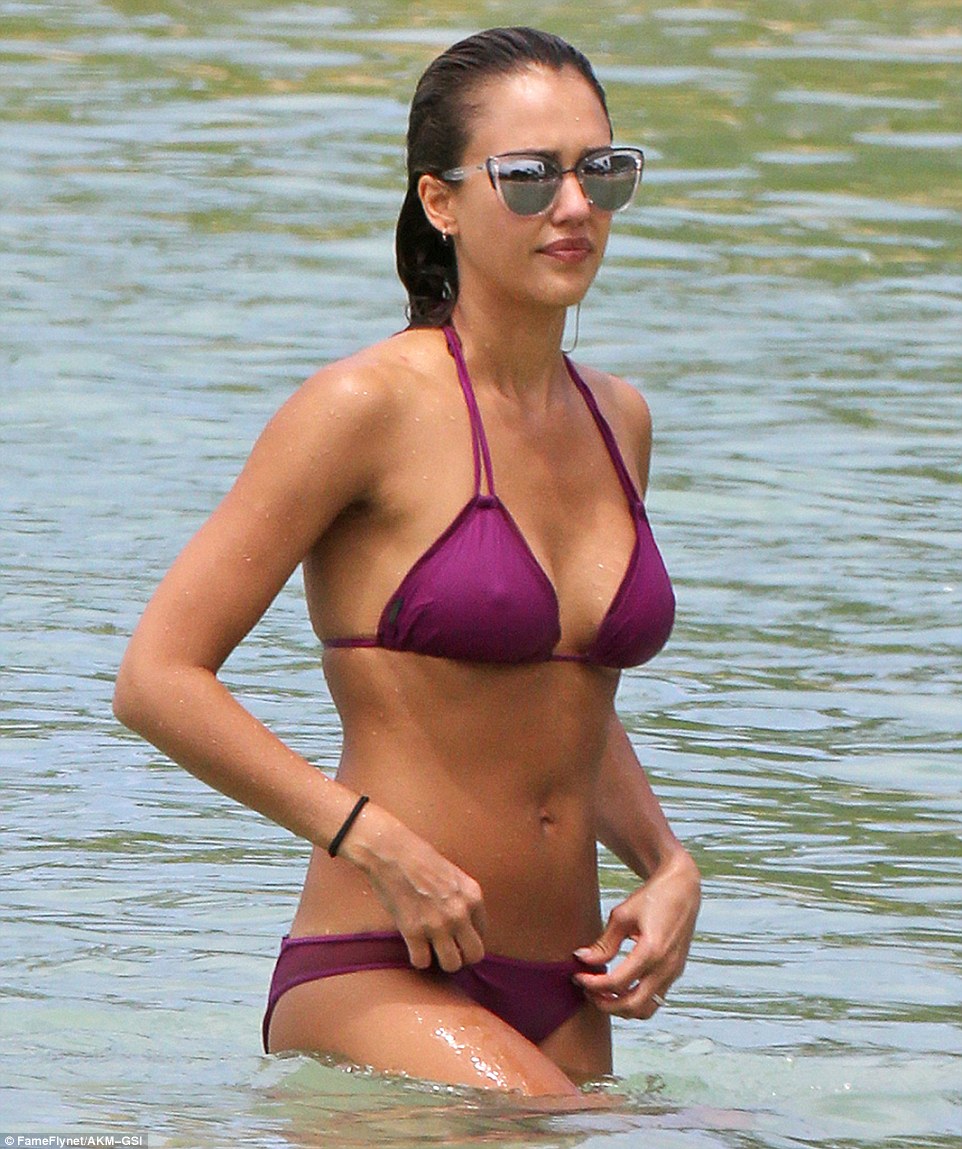 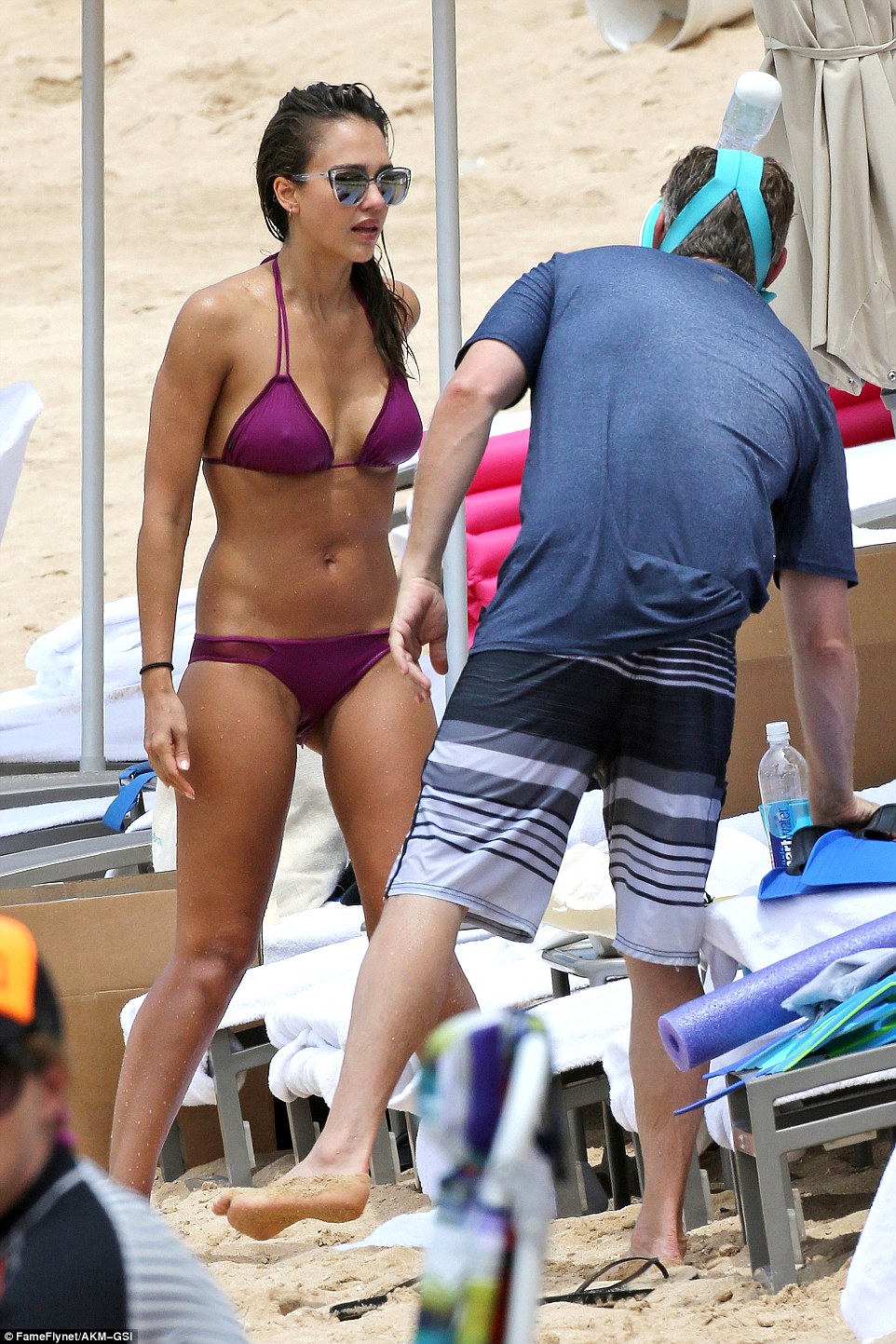 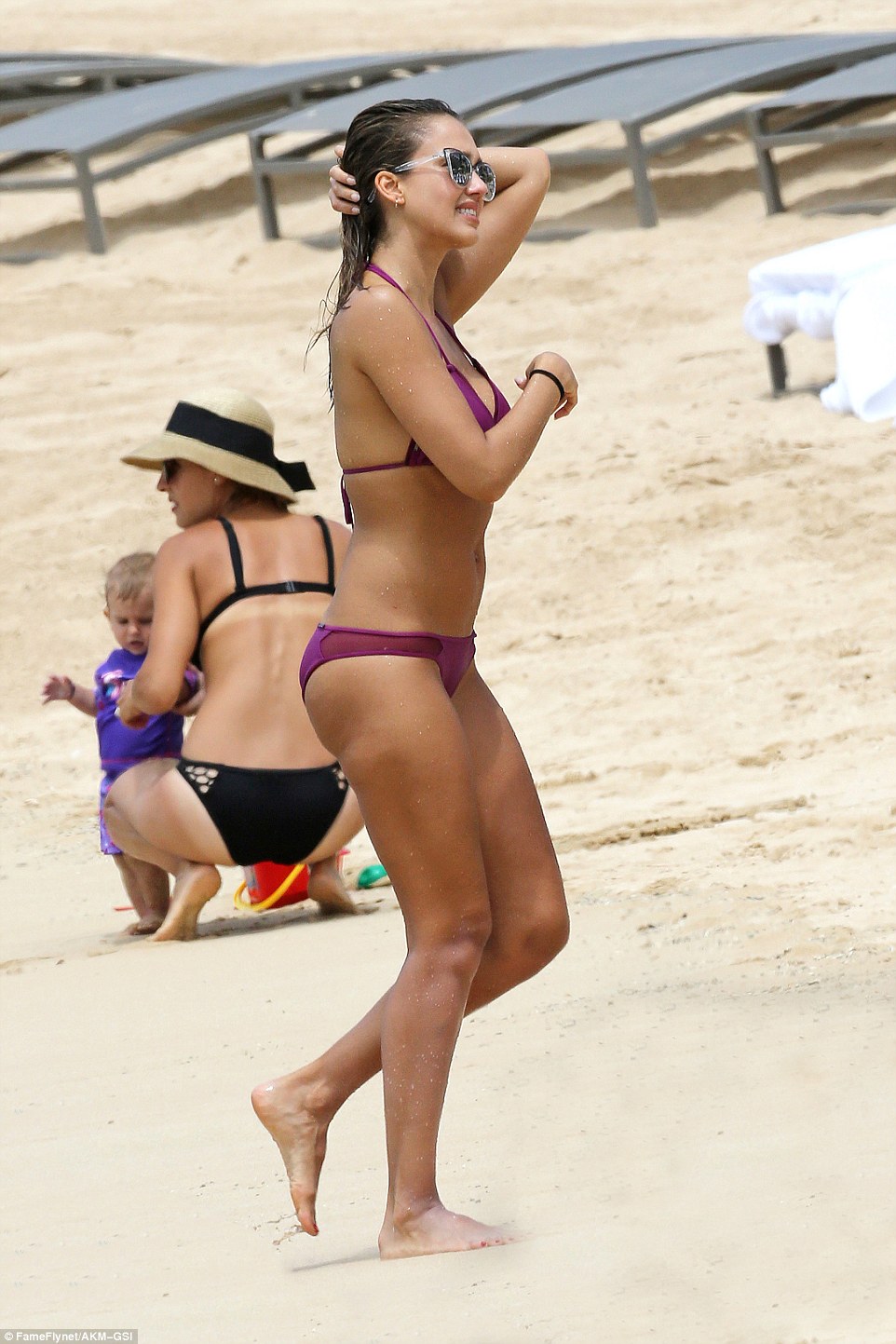 Jessica, who is estimated to be worth a fortune thanks to The Honest Company, was seen smiling after her dip in the ocean 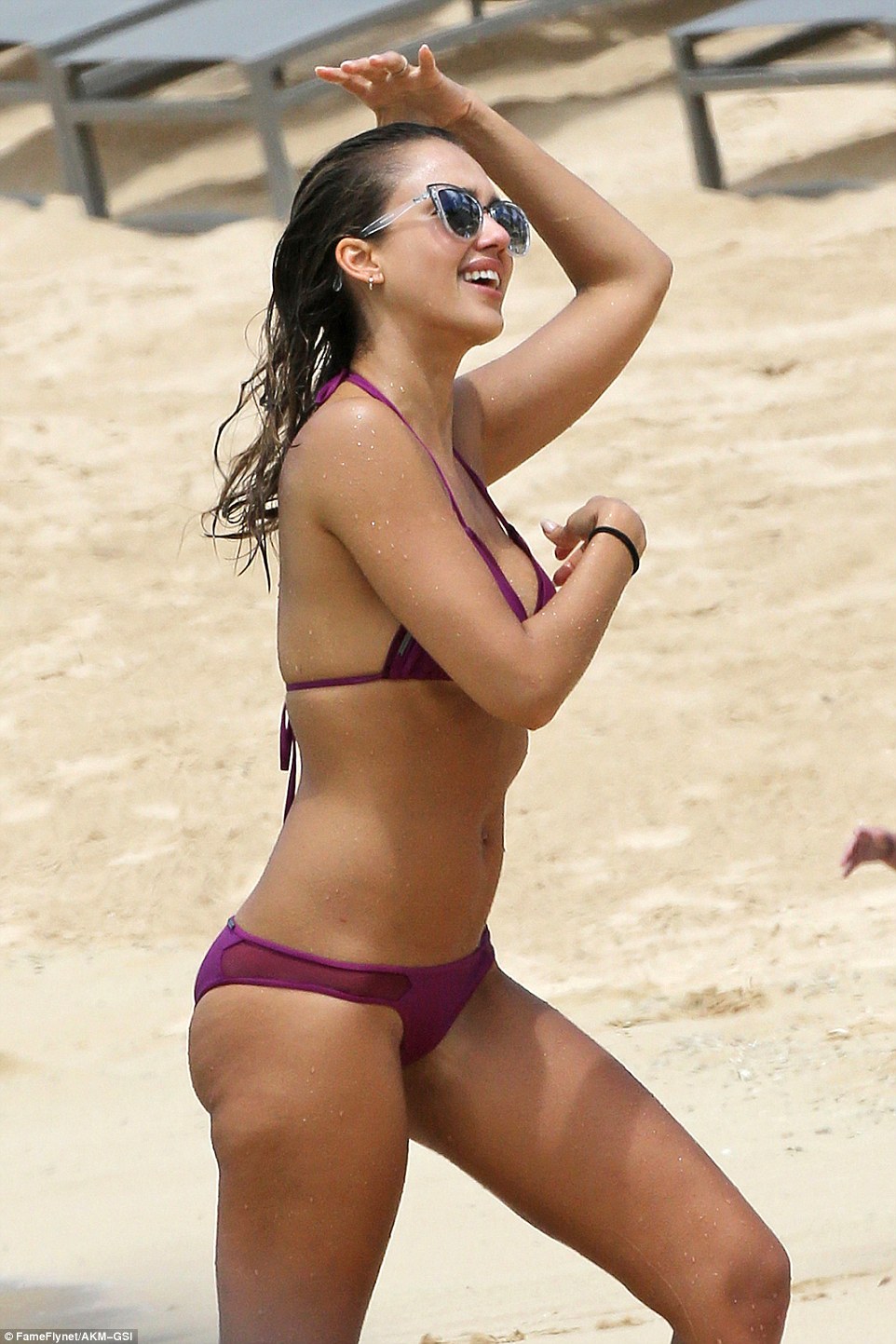 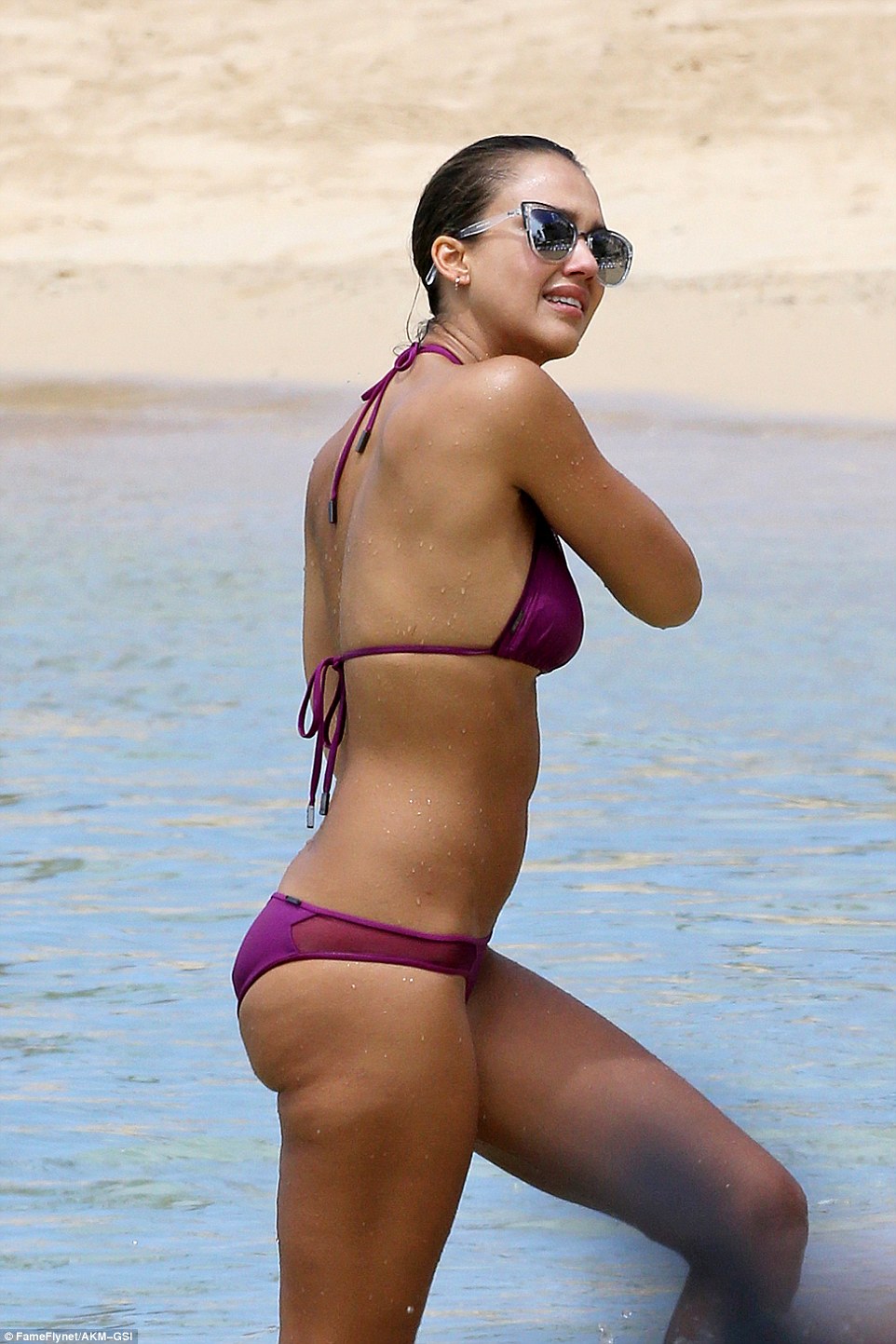 The cover girl was also seen hugging her husband of eight years. The beauty put both arms around the executive as he stood up in the water with a hat on. 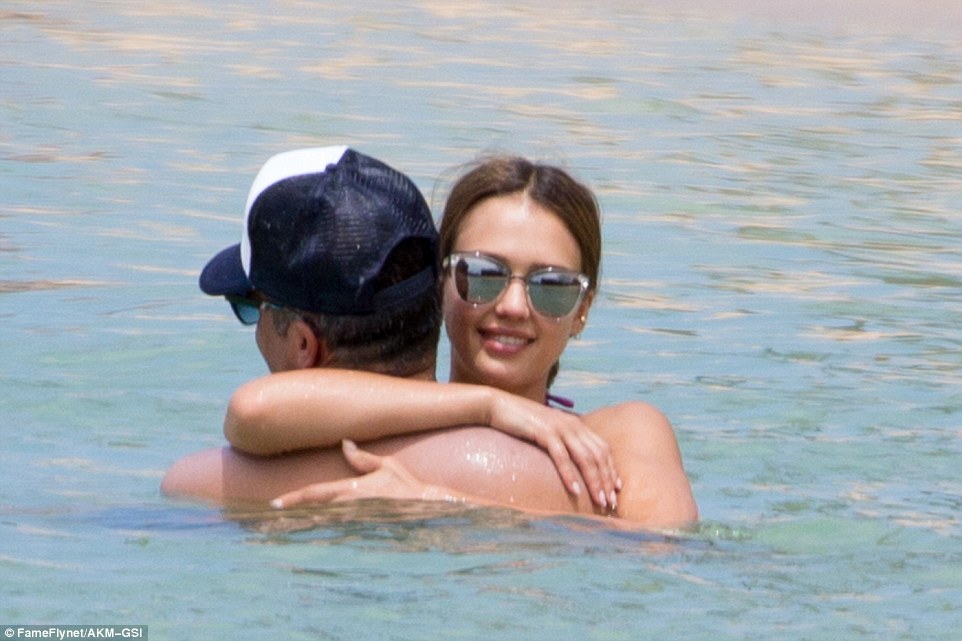 Alba, who wore a diamond wedding band in the waters, pulled together her top at one point while making a face 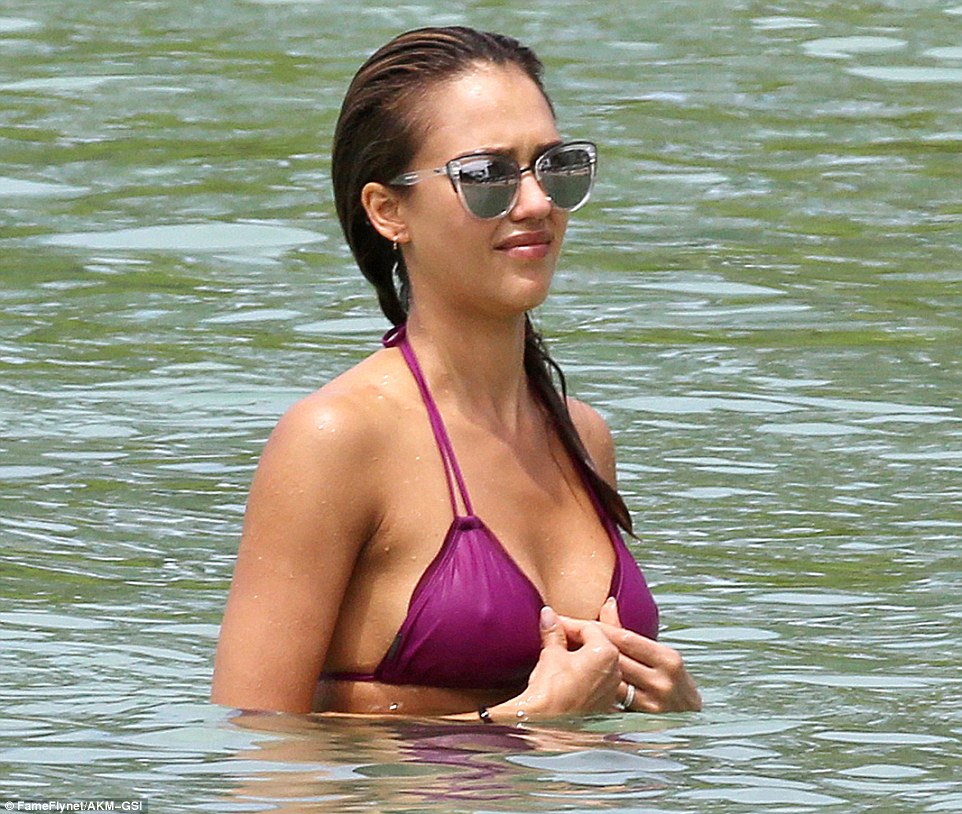 While walking back down to the water, the silver screen goddess brought a lid for Cash 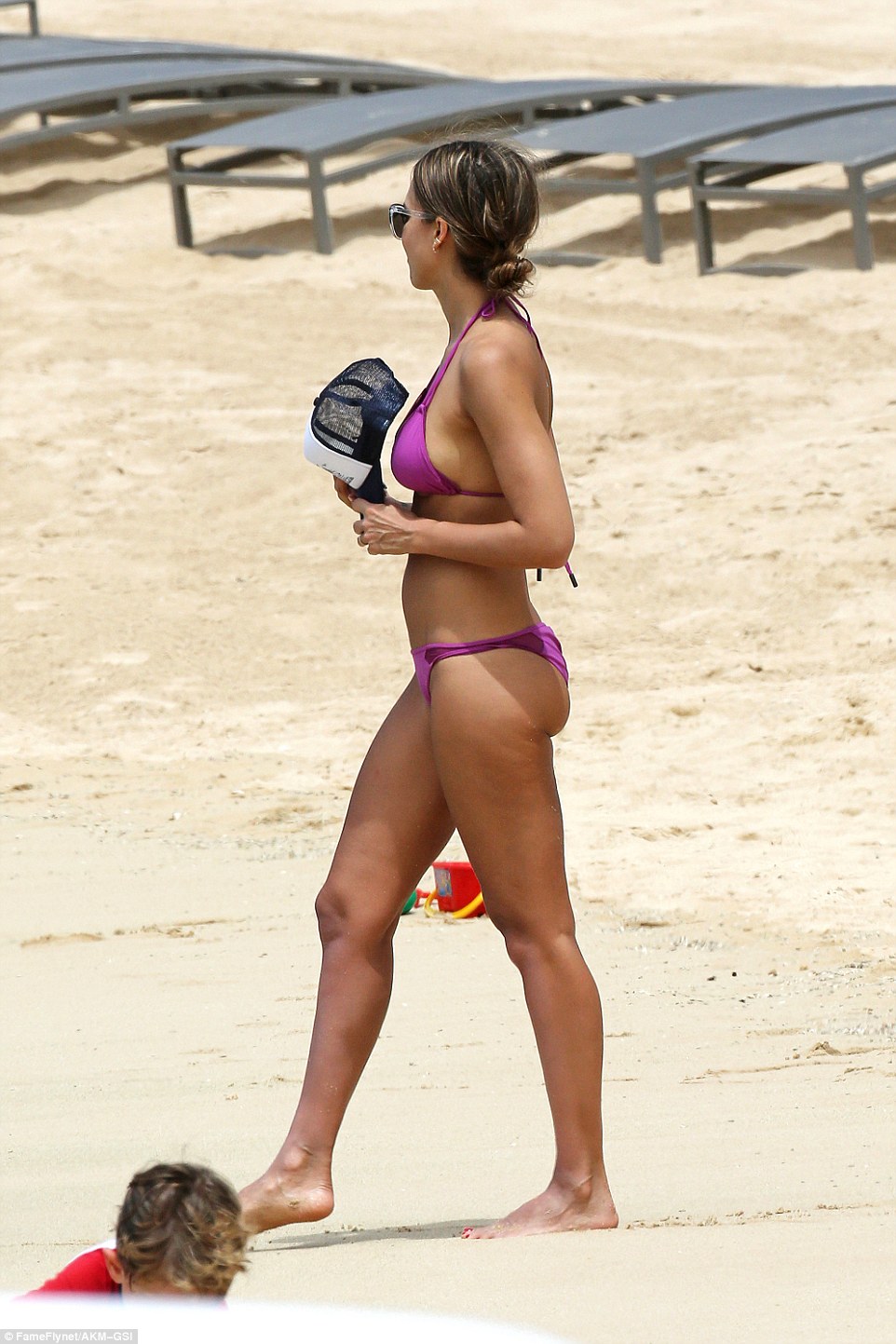 She told the HuffingtonPost UK last week that feeling good makes you look good. ‘I think confidence is always the thing that I’m taken a back by when a woman is walking into a room 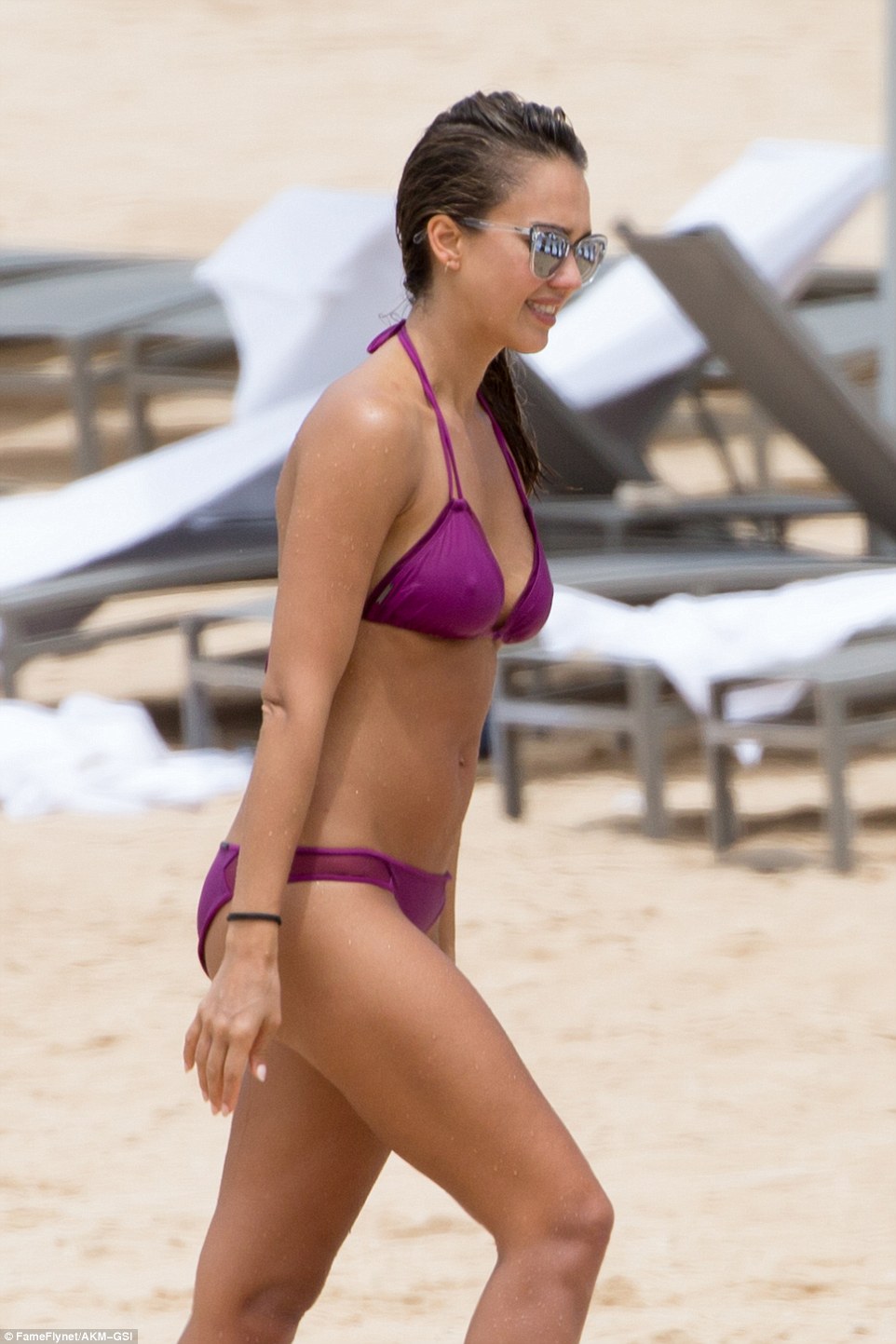 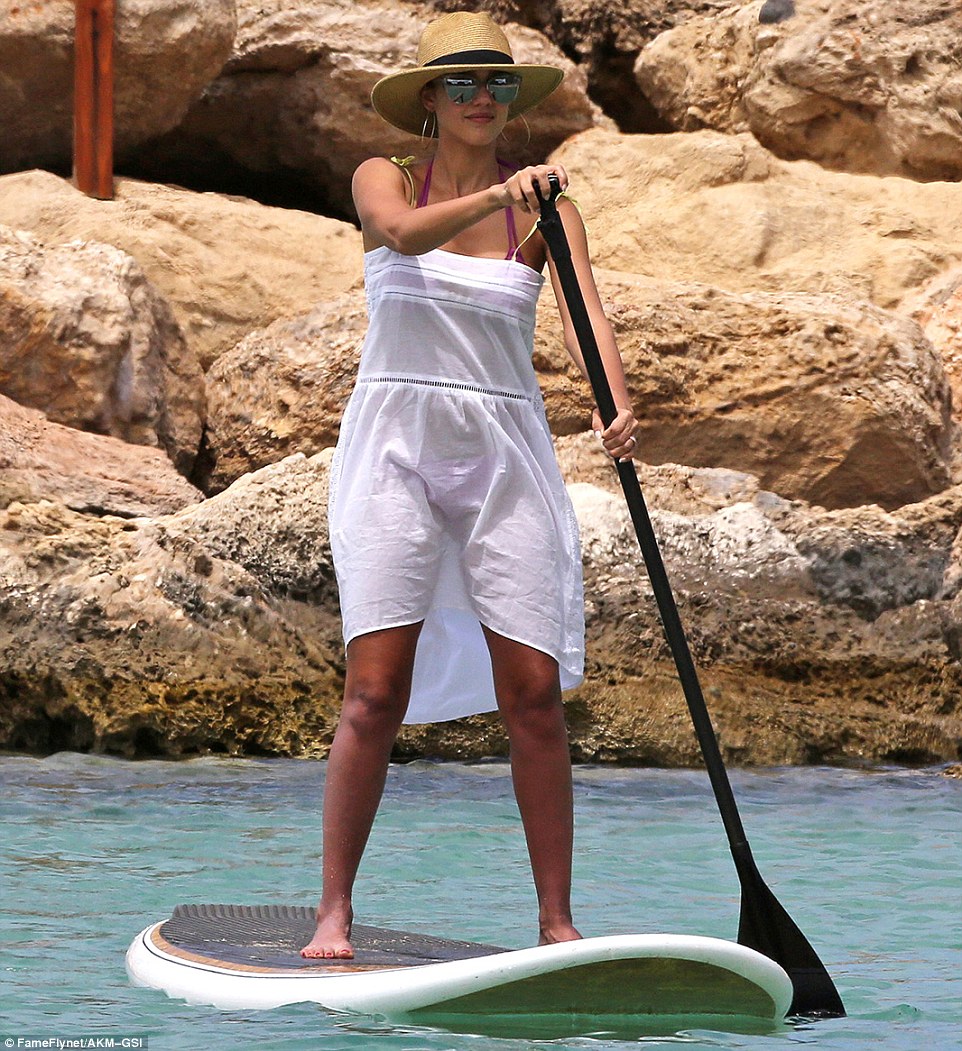 She then sat down for a bit, no doubt fatigued by the warm tropical climate 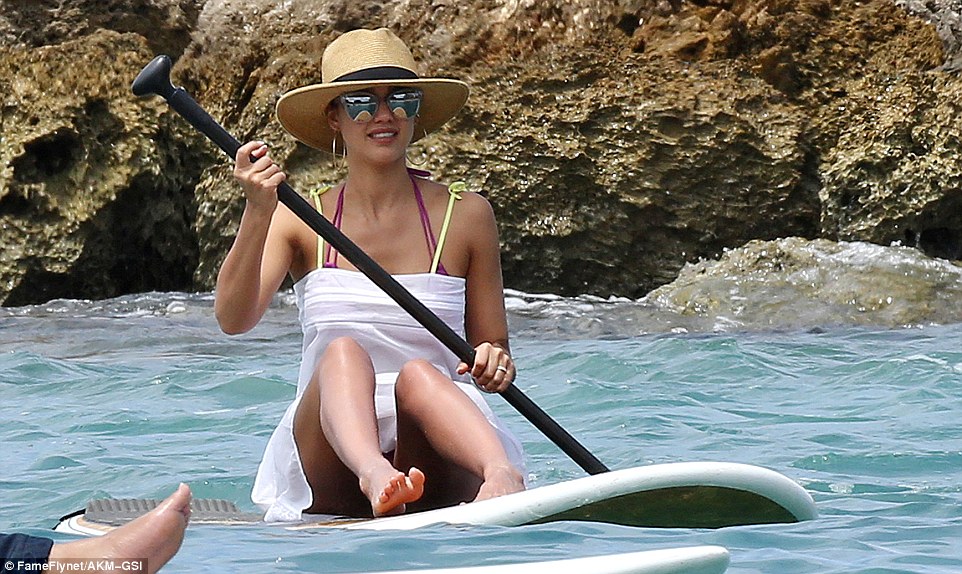 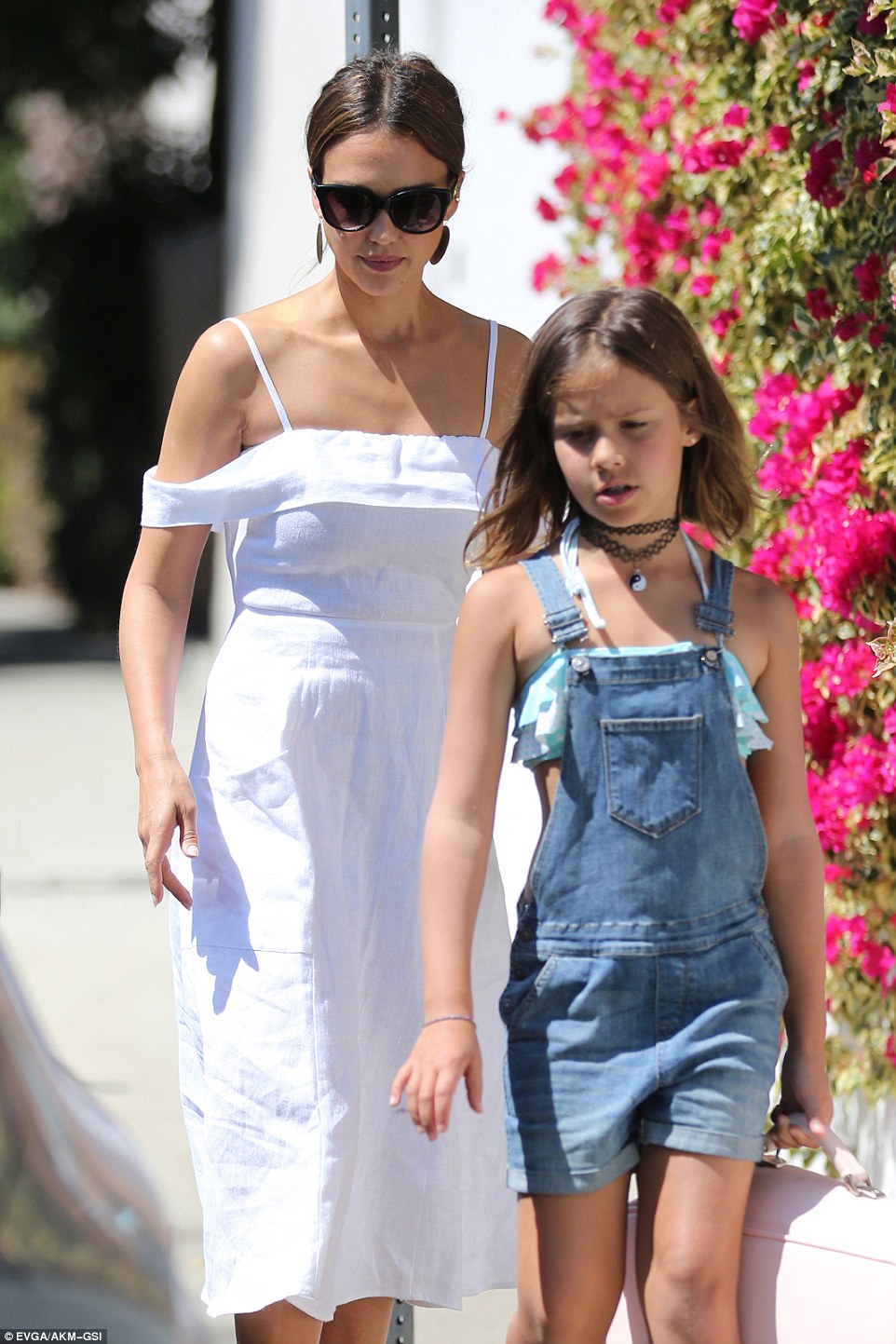