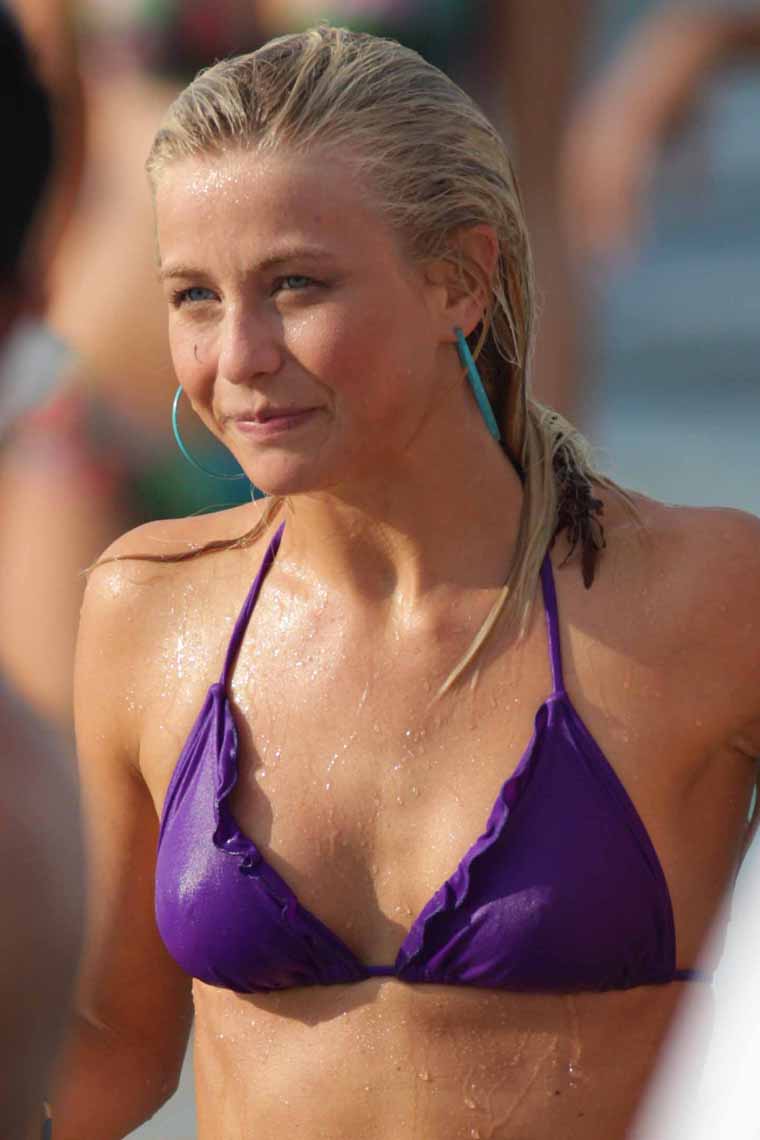 Julianne Hough looked fantastic in a skimpy white bardot-style bikini as she let her hair down on the banks of Lake Coeur d’Alene, Idaho. The Dancing With The Stars judge and former champion sizzled as she slipped a swimsuit that featured this season’s print of choice, monochrome gingham. 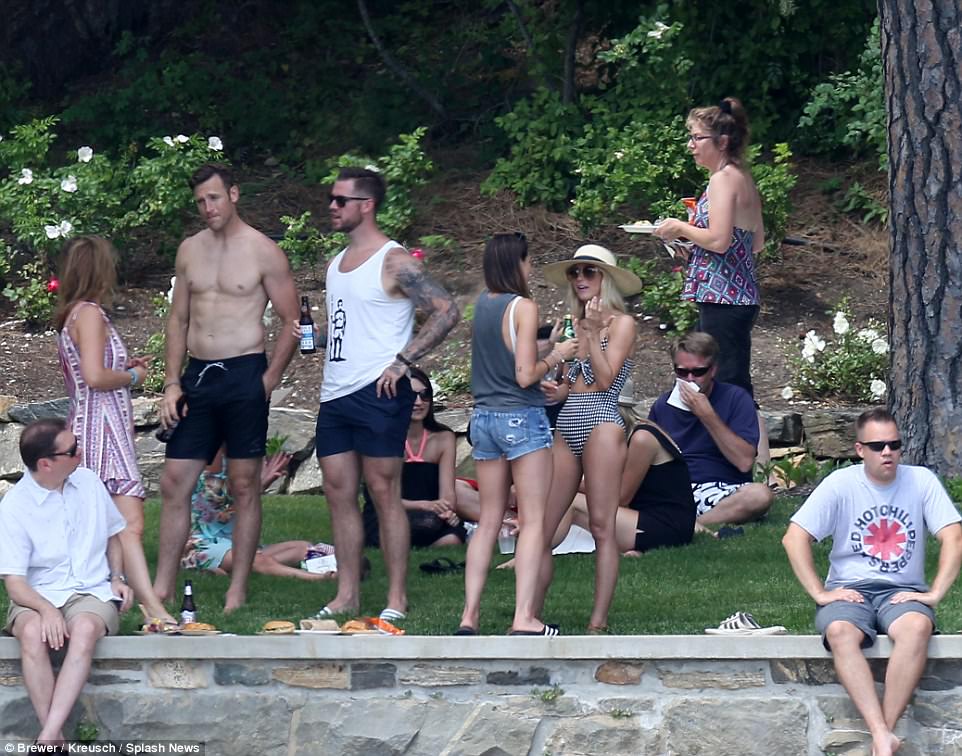 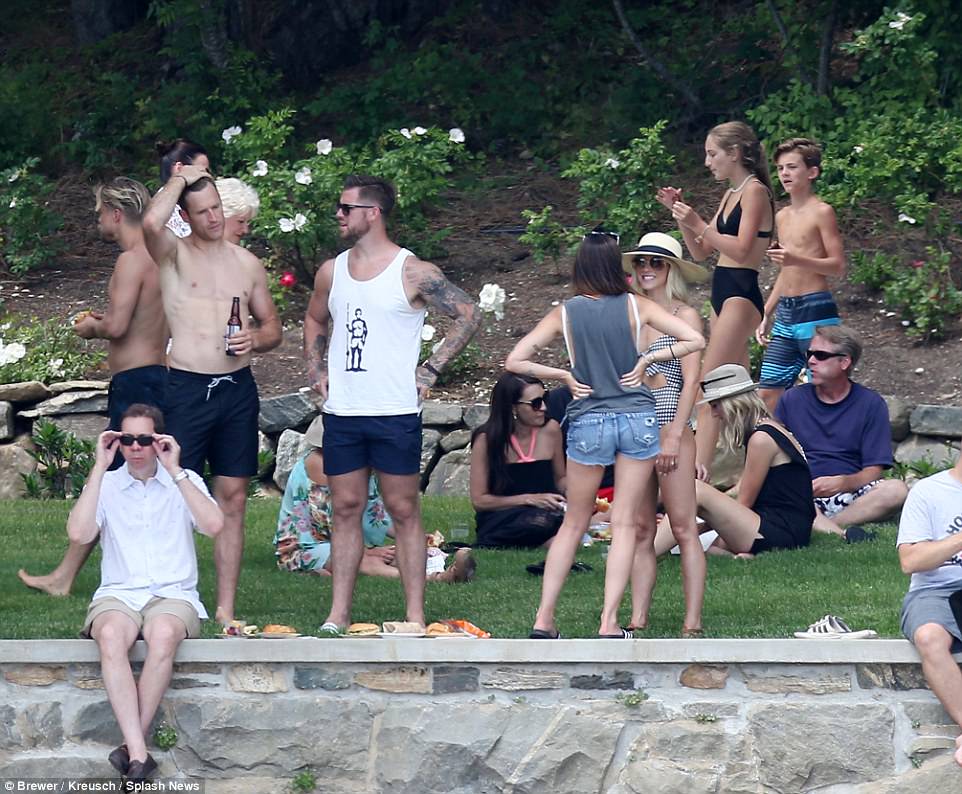 The professional dancer-turned-actress was joined on the lawn by her Canadian hockey player husband Brooks, who went shirtless for the occasion, exhibiting his muscular physique while wearing his navy shorts 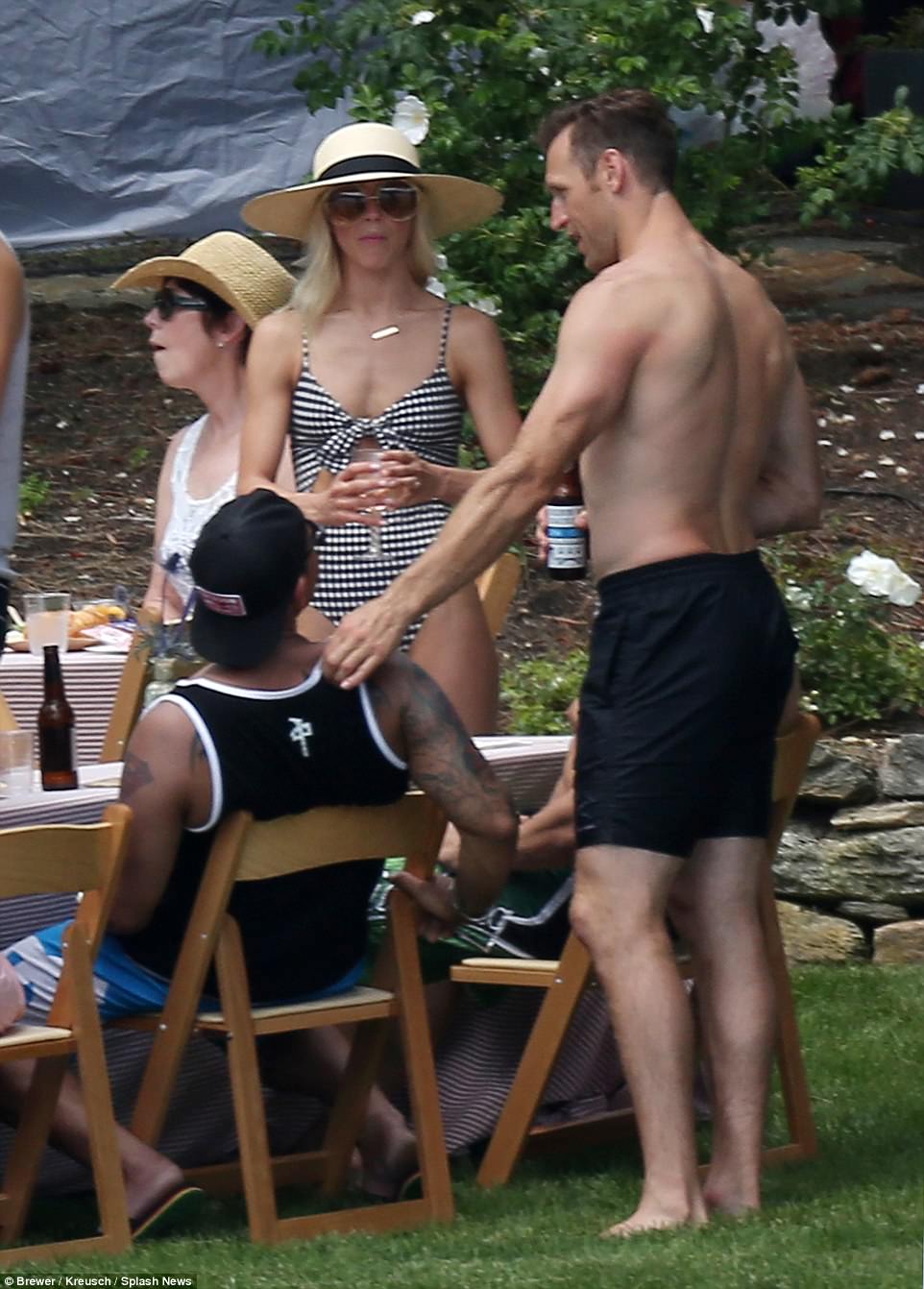 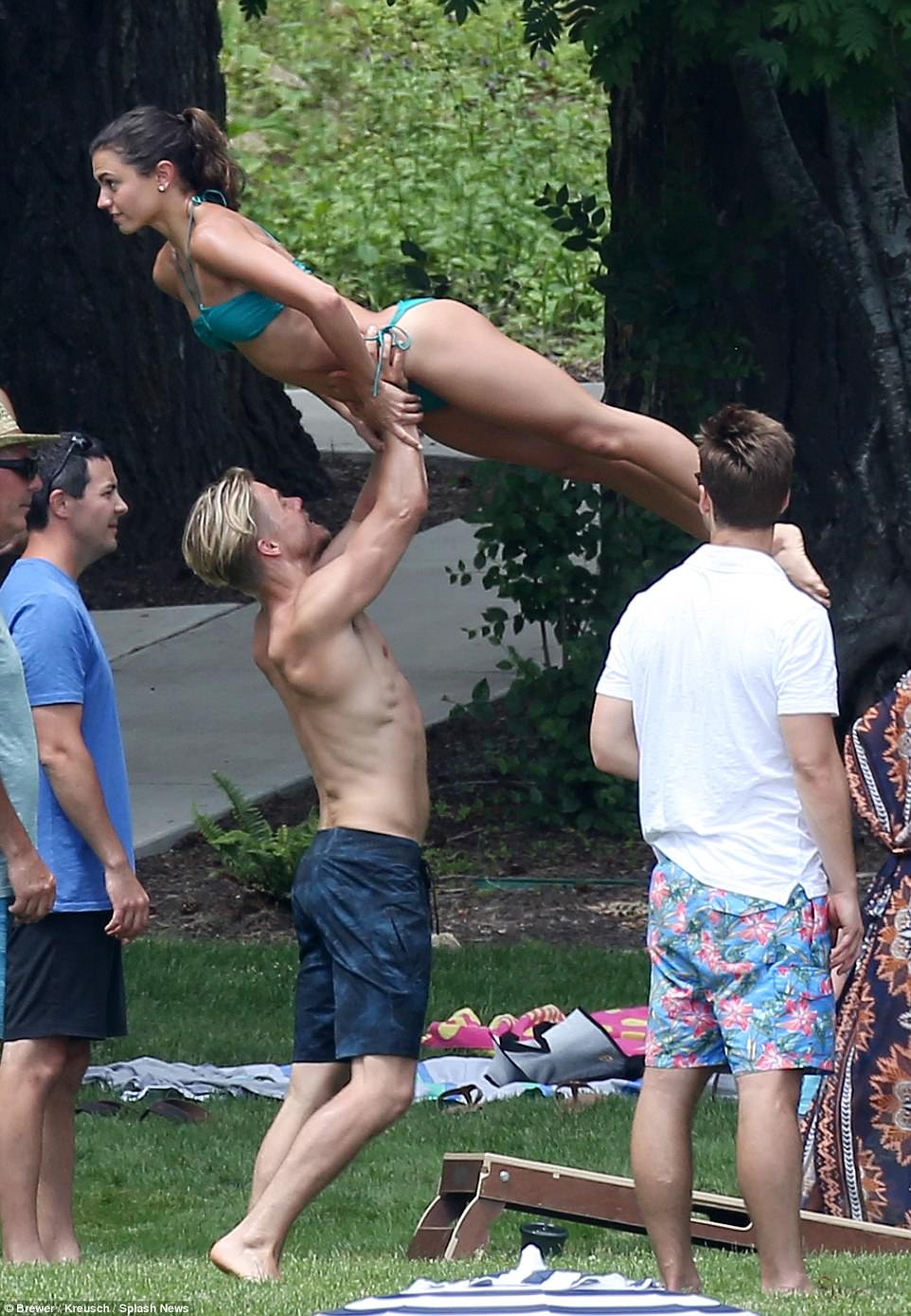 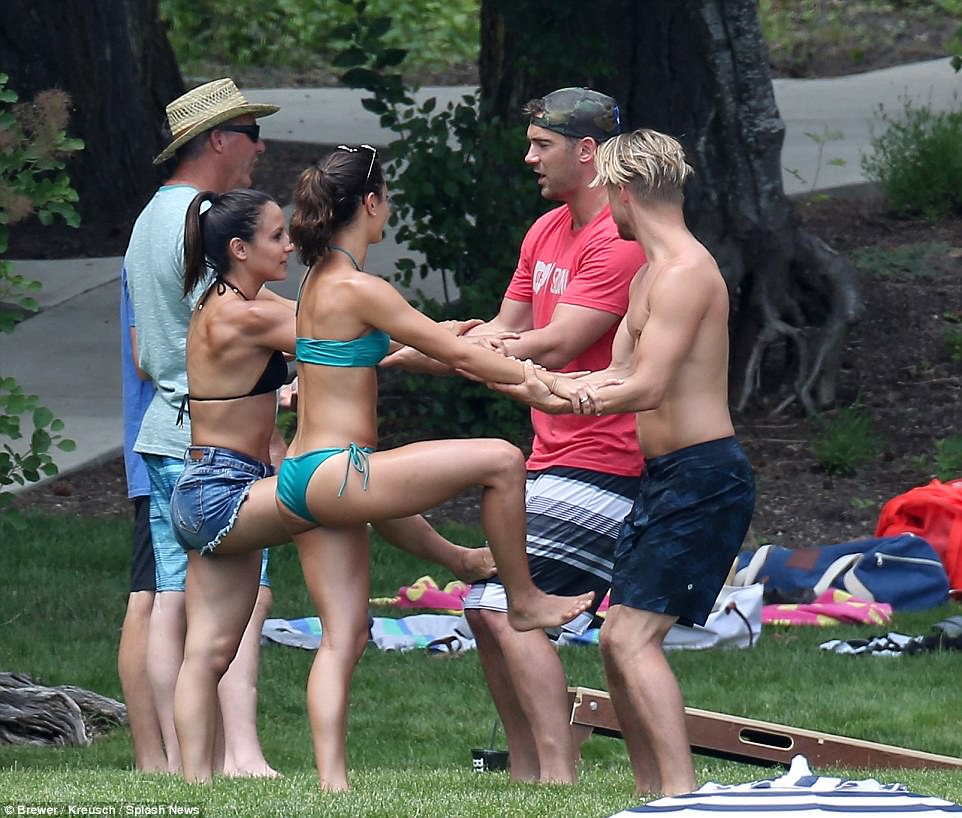 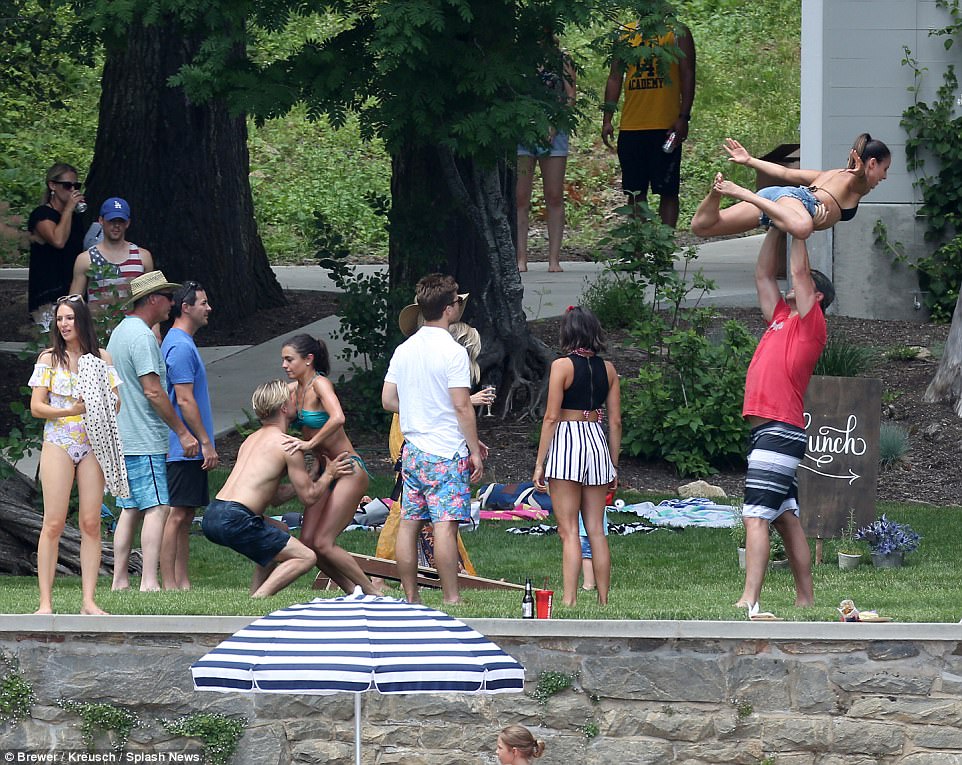 As they successfully managed to combat their latest feat, fellow party goers watched on joyously 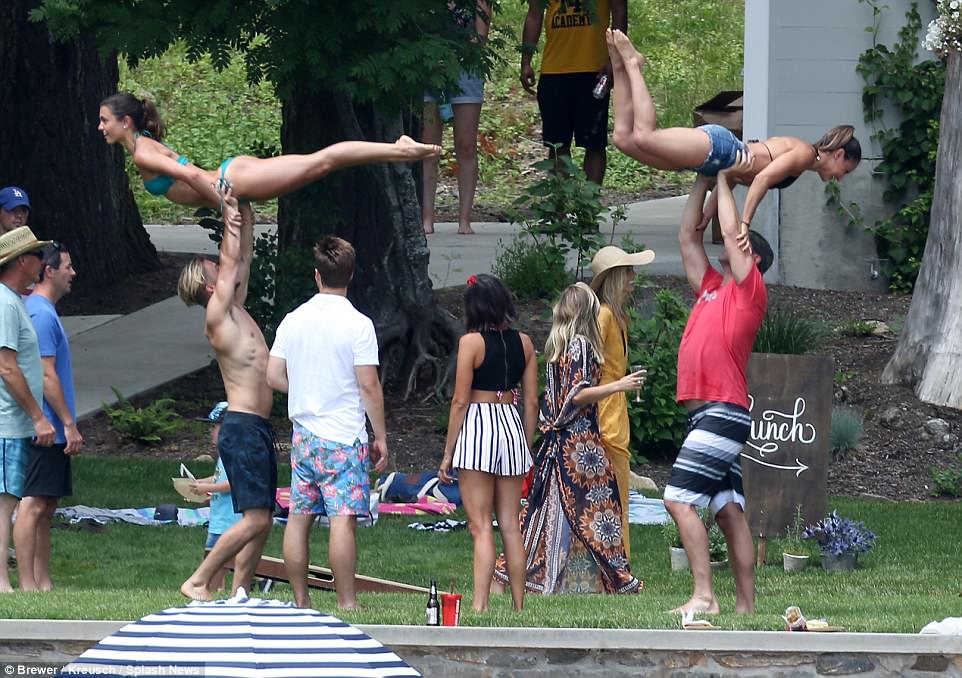 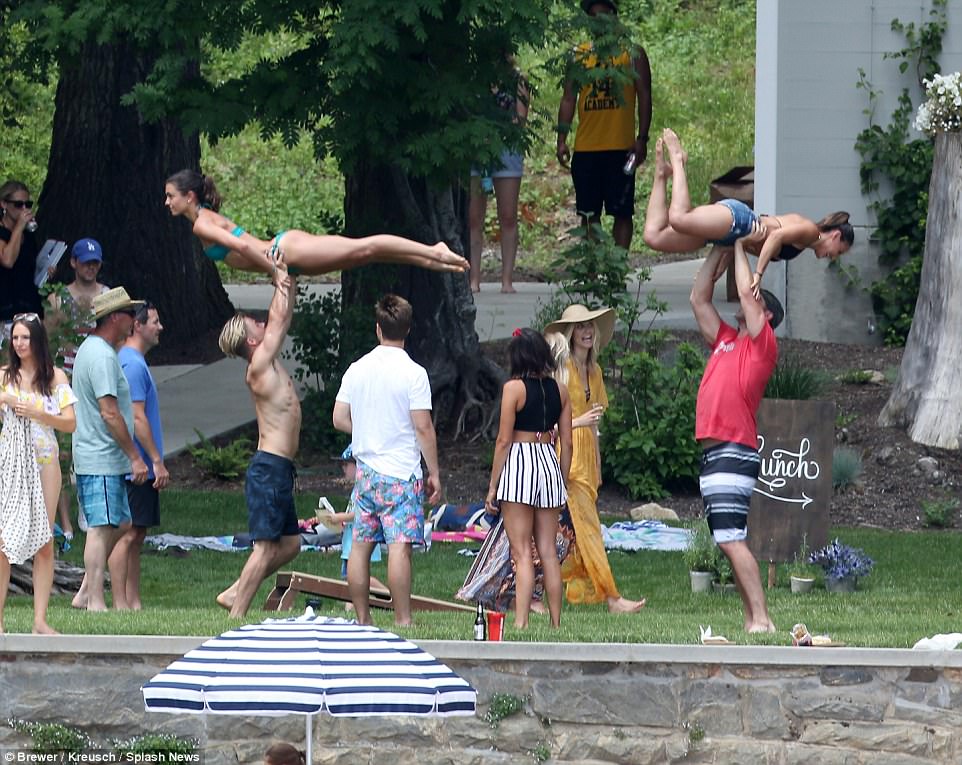 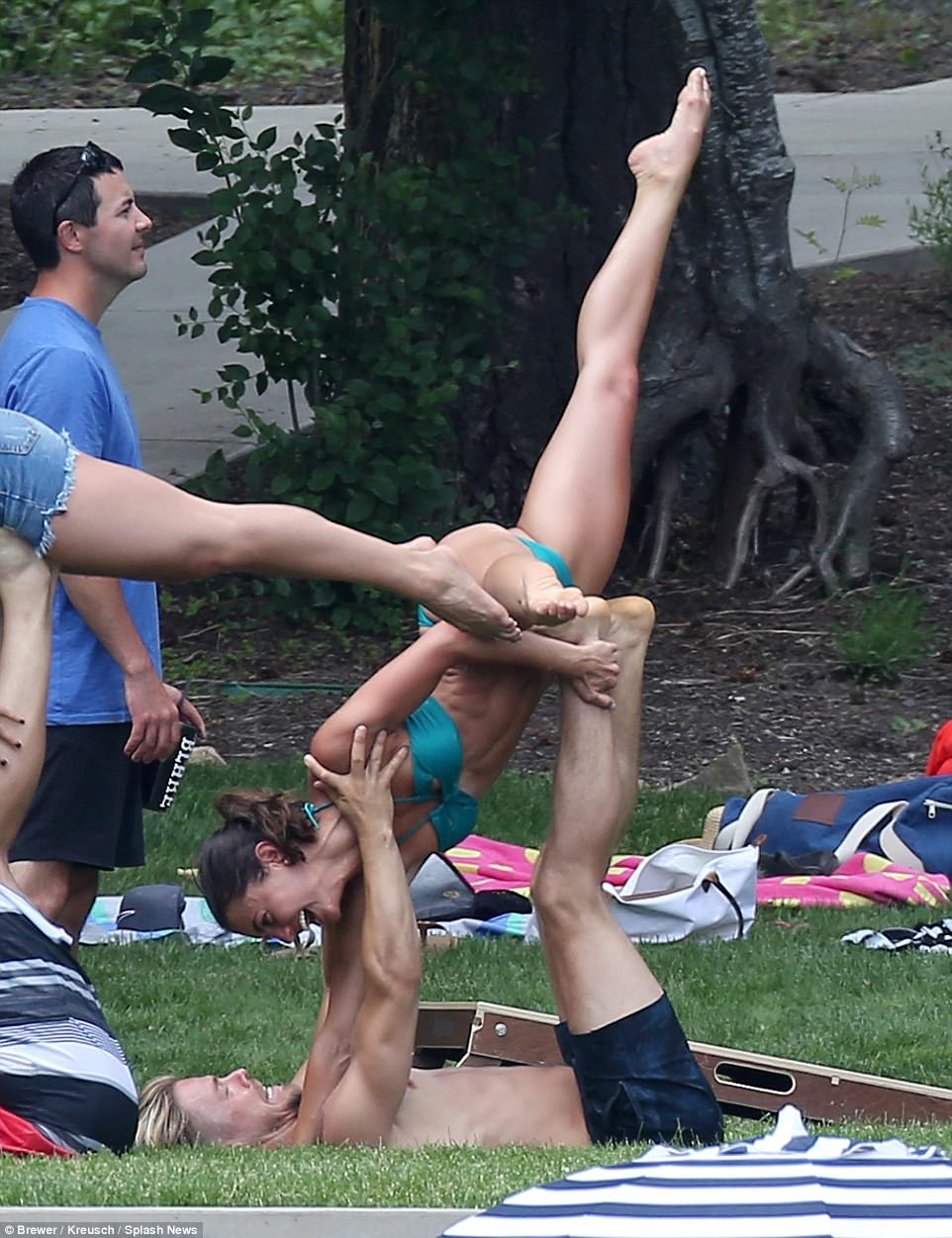 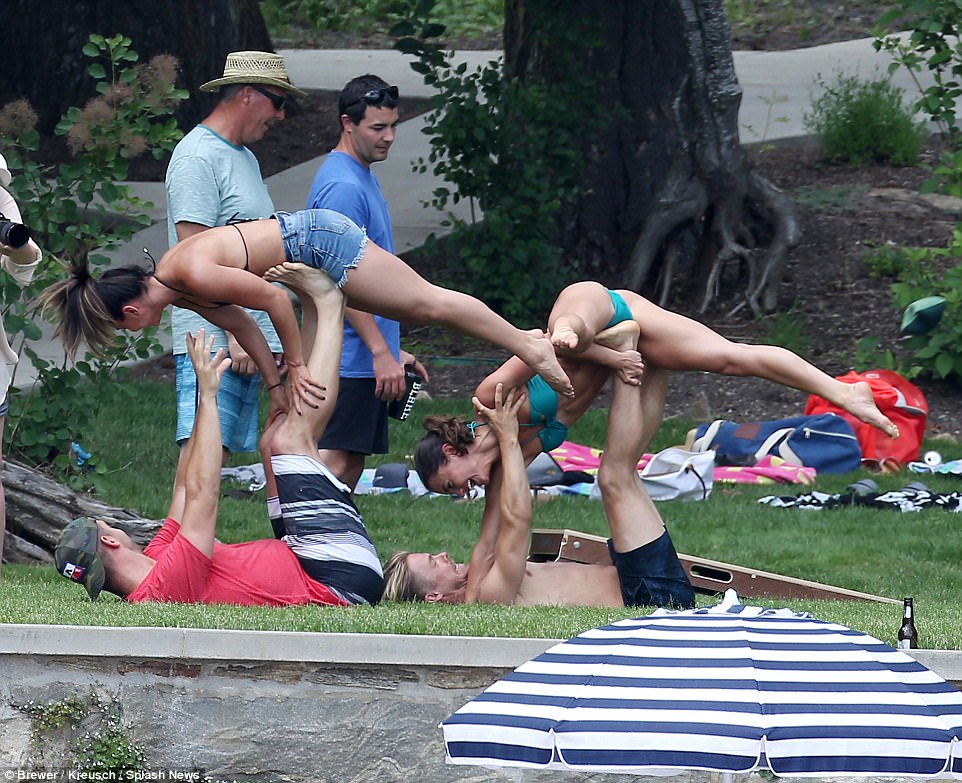 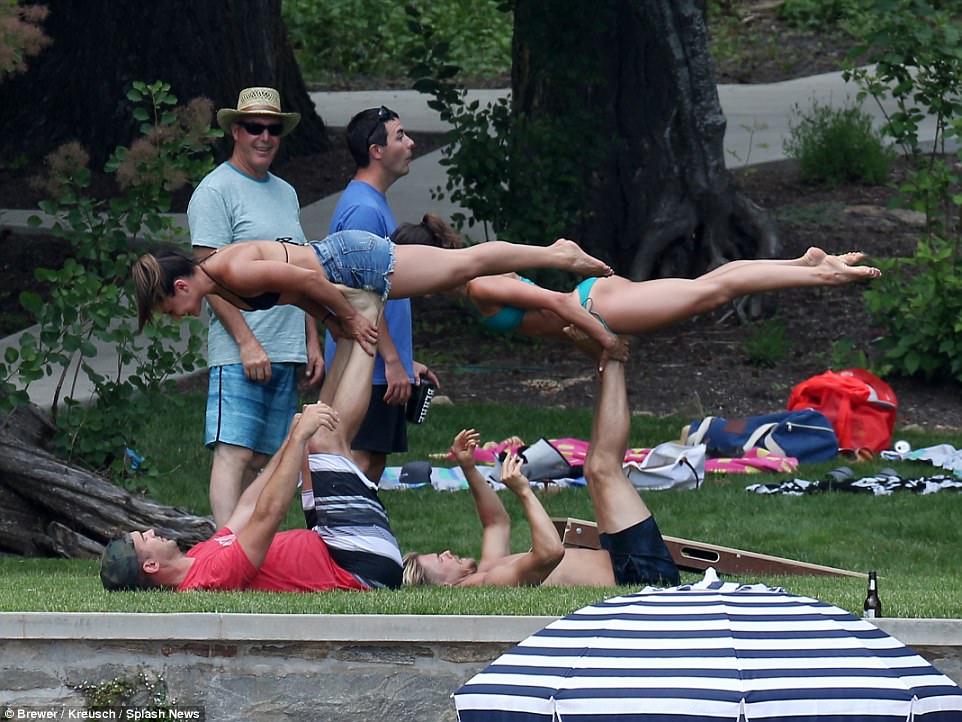 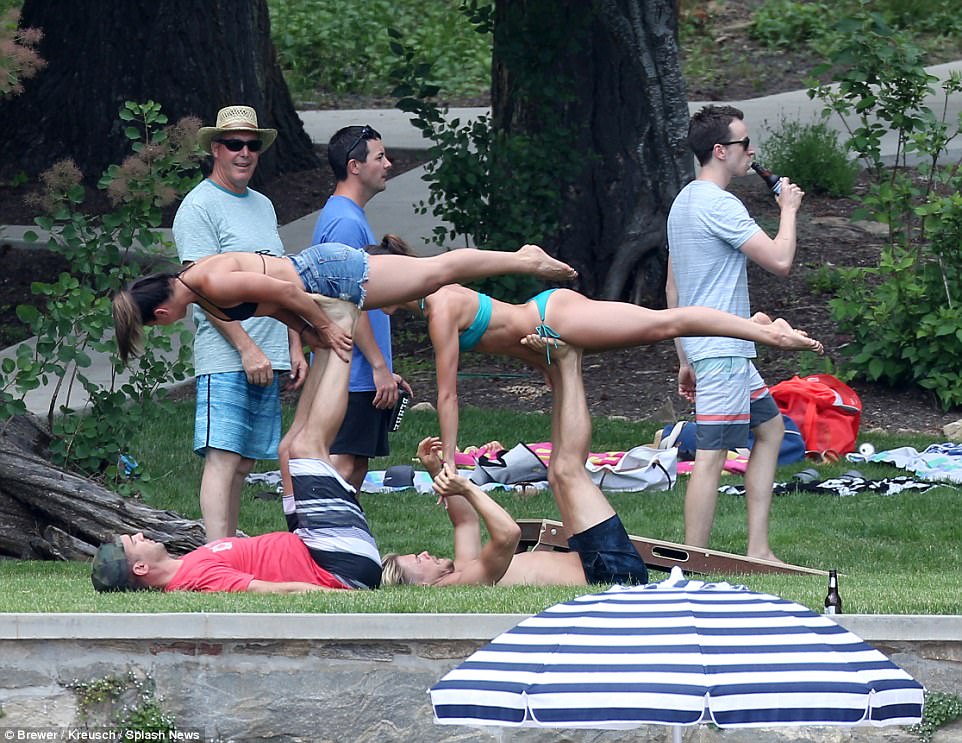 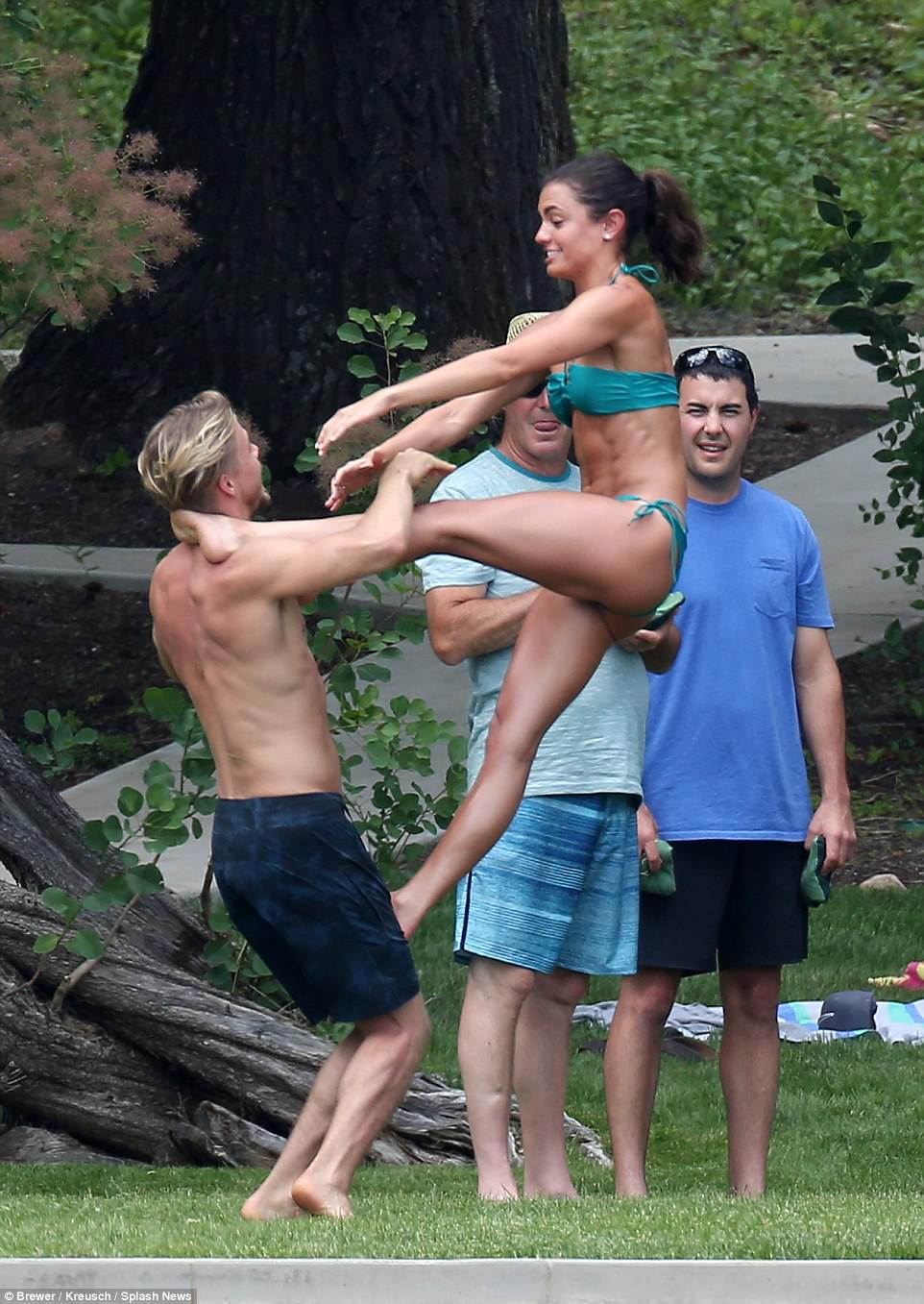 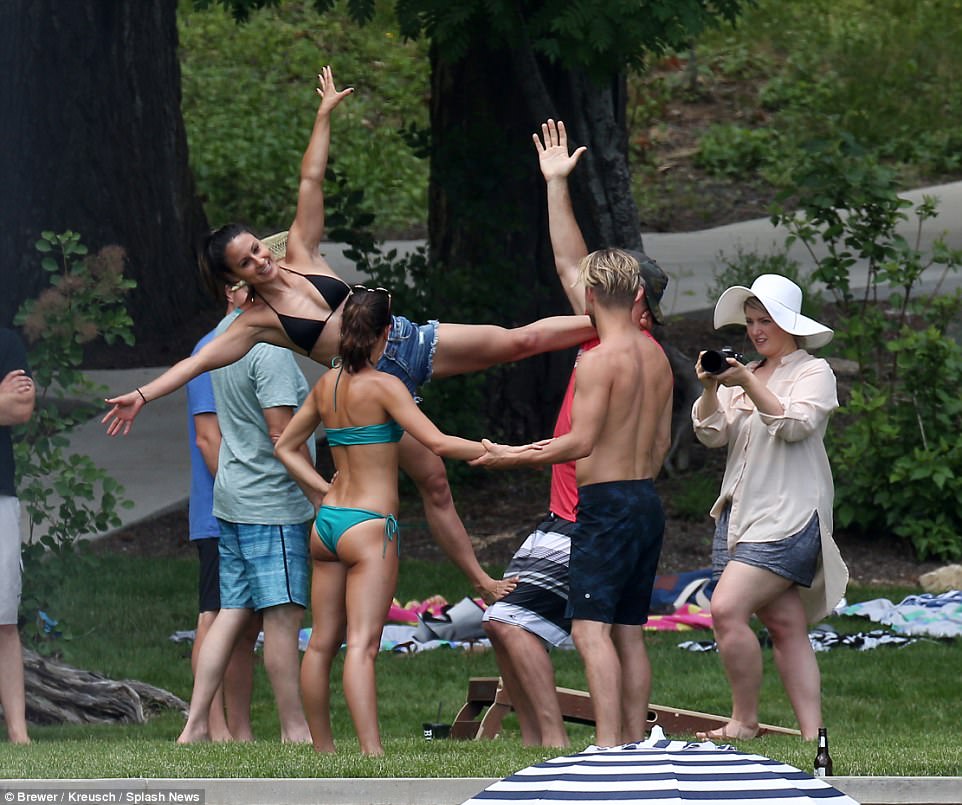