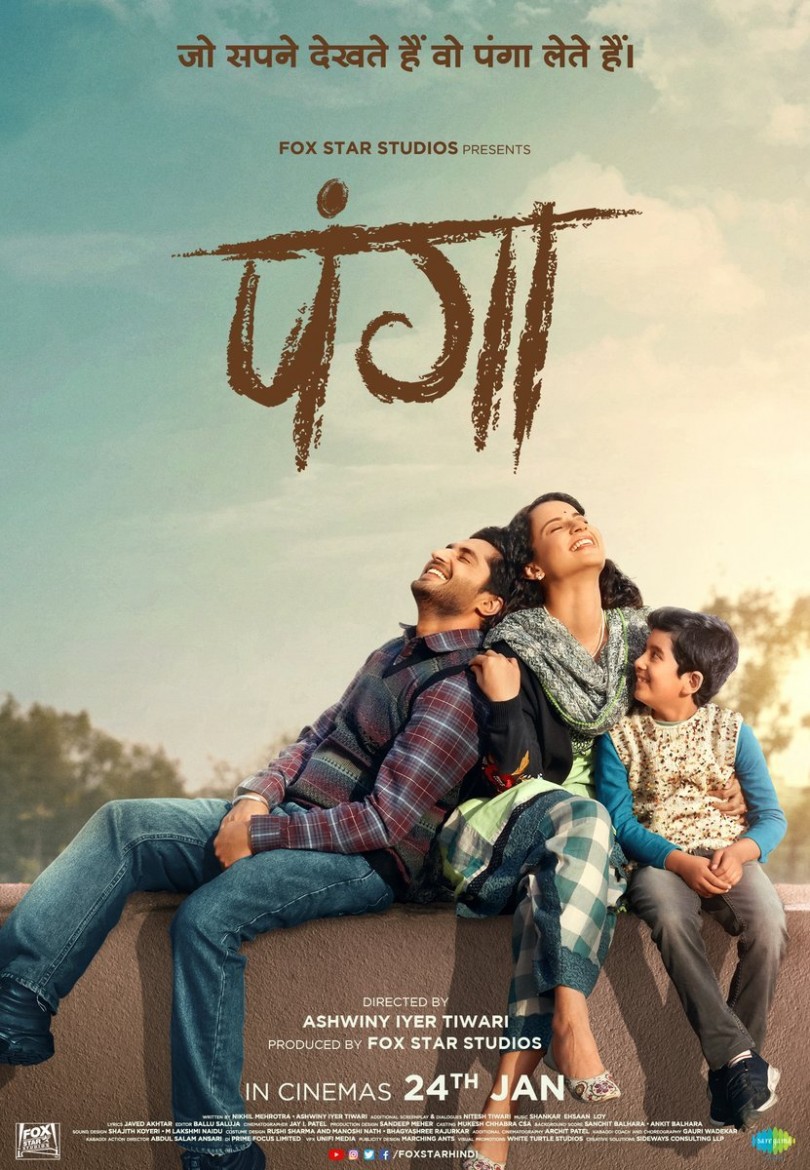 Kangana Ranaut has always worked in stories close to the heart and her latest movie Panga seems to be in the same league as well.

Panga is the story of Jaya, a working mother who decides to go back and chase her dream of becoming a renowned kabaddi player once again.

The trailer which released on 23rd shows Kangana playing a working mom whose entire day is spent in juggling her various tasks.

Her husband Prashant is played by Jassi Gill who unfortunately gets kicked every night as she cannot let go of her Kabaddi talent.

Next in the trailer is shown their son Adi played by child actor Yagya Bhasin who is curious why his mother has left Kabaddi and if she can manage to make a comeback.

Jaya one day meets a Kabaddi team on the station but none of them recognize her as it has been a long time now. This hurts her feelings and she decides to retry and get a place in the national team once again.

Her husband who is very supportive of her decision guides into taking the right decision and even trains her. Along with are her nagging mother played by actress Neena Gupta and Richa Chaddha who is the no-nonsense friend who always speaks the truth.

Before the trailer was released director Ashvini Iyer Tiwari had given us a series of teasers showcasing the essence of the movie.

These teasers talked about the various characters of the movie and how you have to take a Panga if you want to dream big.

The movie Panga would release in the Republic day weekend on January 24th and fans are eagerly awaiting Kangana as she comes back with a larger than life inspirational story.