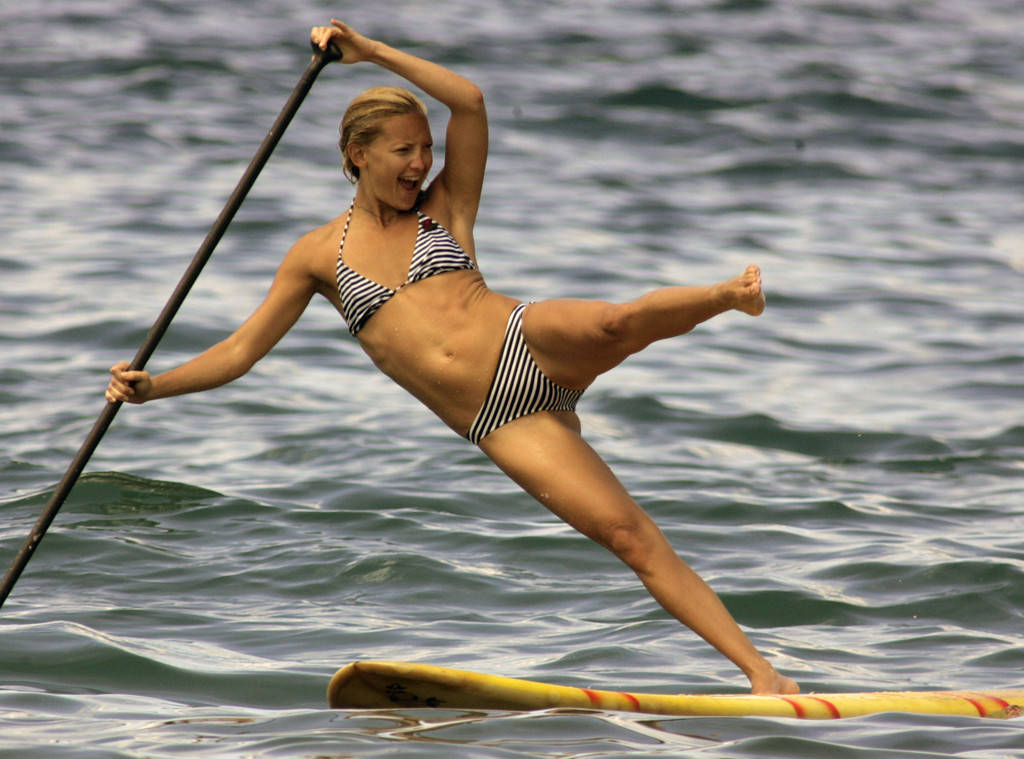 Kate Hudson’s dedication has paid off as the actress flaunted her rock hard bikini body while vacationing in Hawaii. The 37-year-old soaked in the sun in a multi-colored bikini that she hiked high up on her hips to display her amazing figure.

Kate Hudson, flaunted her rock hard bikini body in a multi-colored bikini that she hiked high up on her hips while vacationing in Hawaii 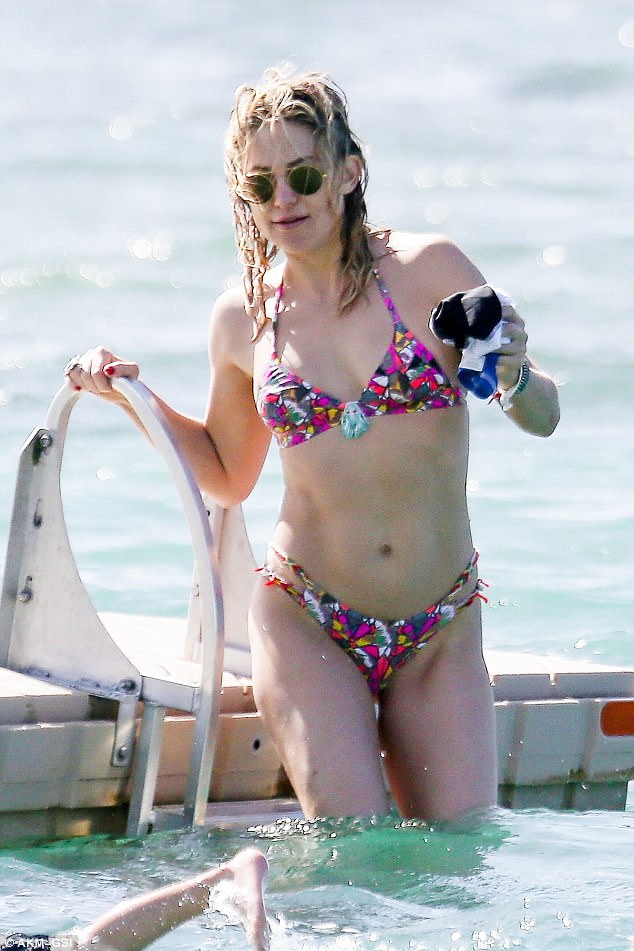 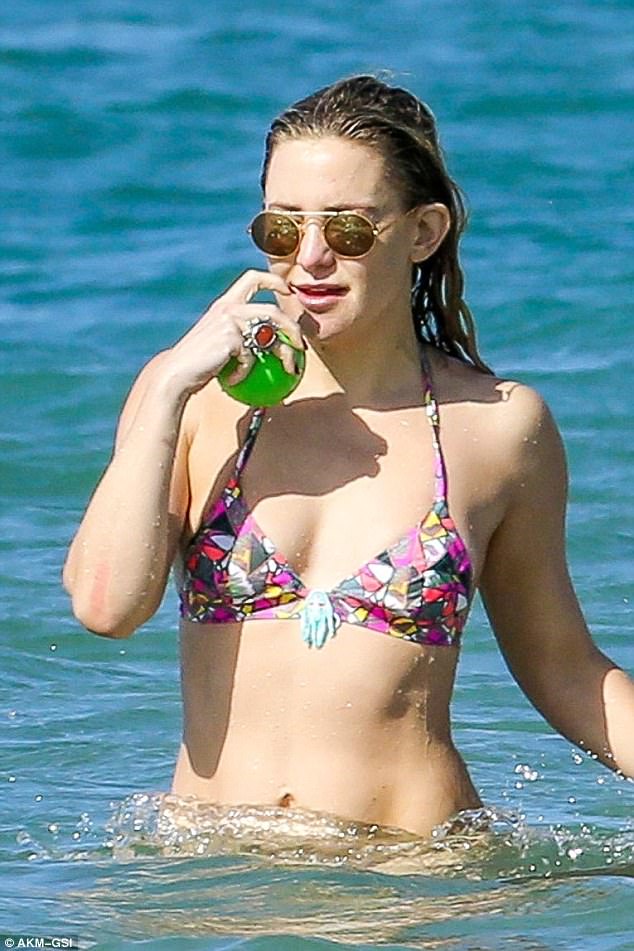 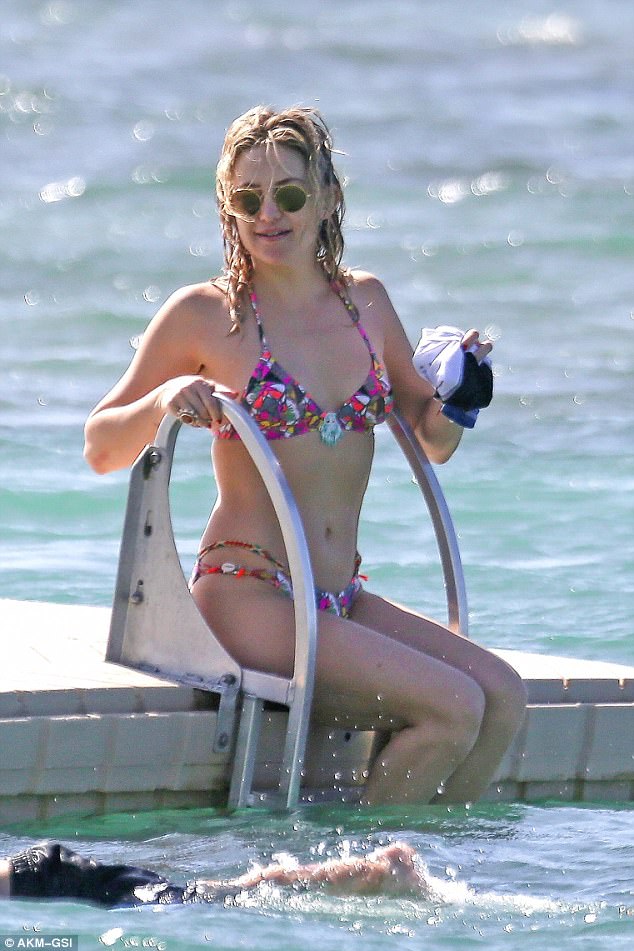 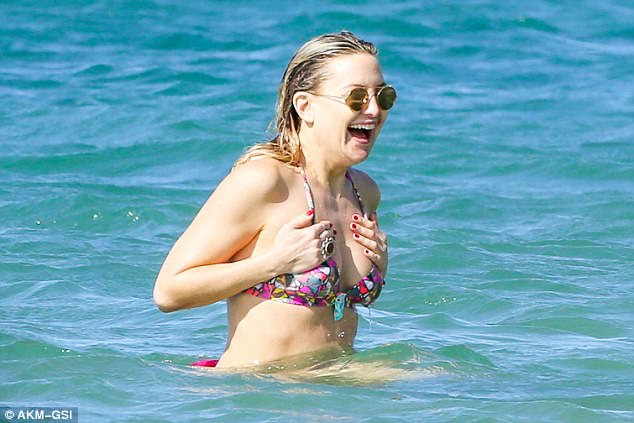 She even played catch with a bright green ball, reaching out to get it as she splashed around in the Pacific ocean 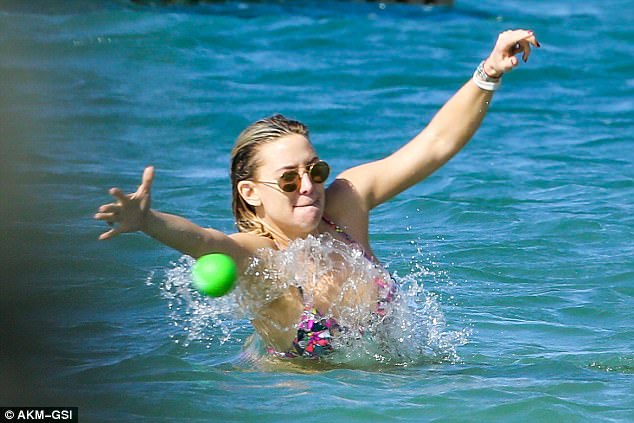 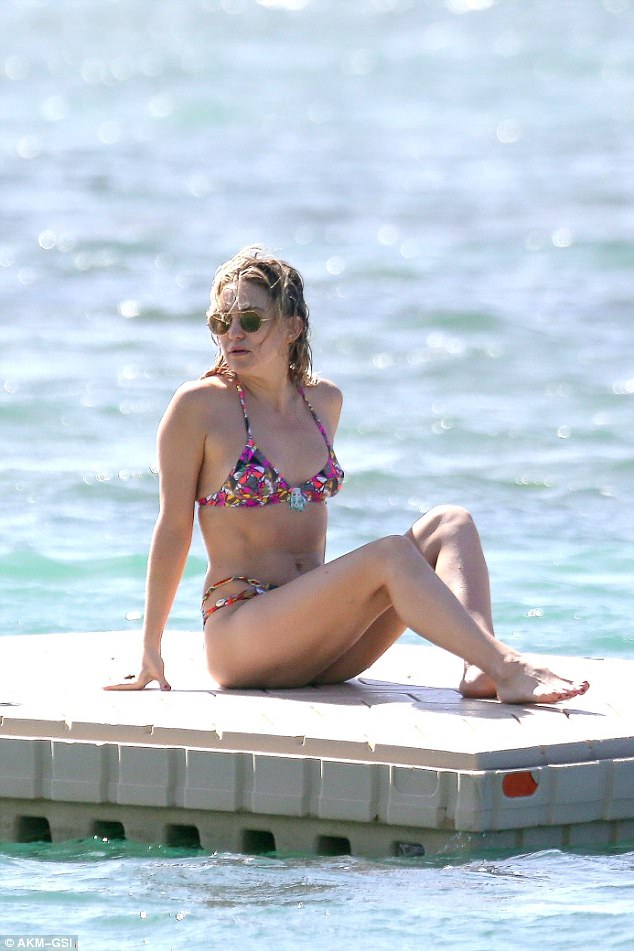 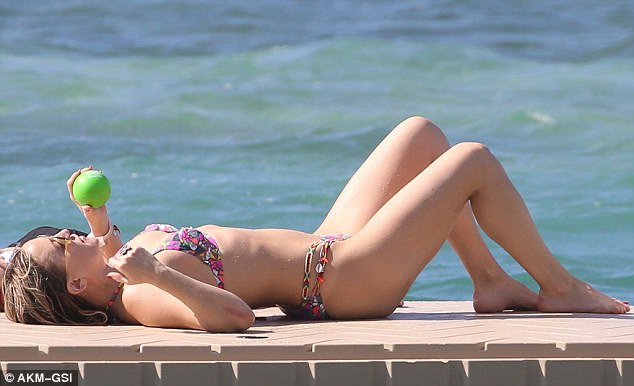 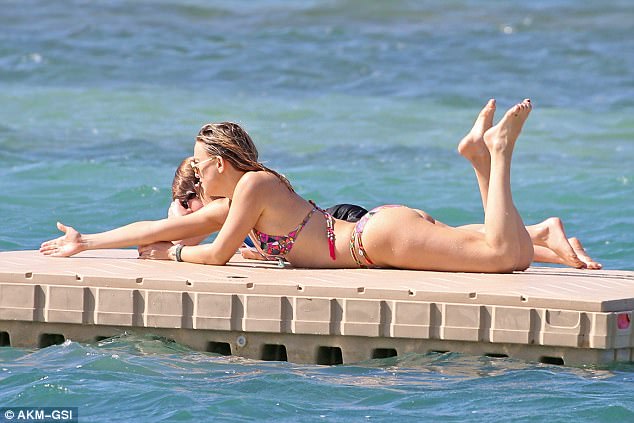 She spent time on the island with her two boy, Ryder and Bingham 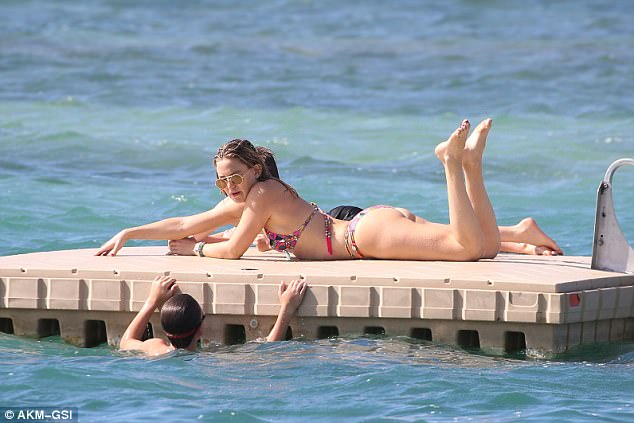 The actress showed off her toned stomach, which was still flat despite her not flexing 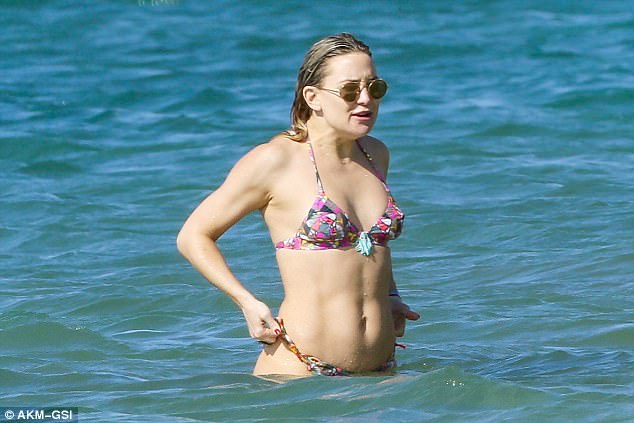