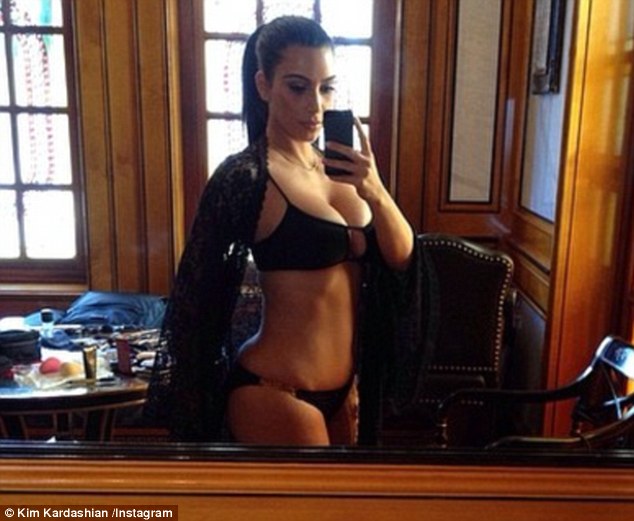 Kim Kardashian was left shocked when unflattering bikini pictures of her surfaced online and even insisted they were digitally altered to make her look ‘way worse’ than she really did.

The mother-of-two has thrown herself into an intense diet and fitness overhaul since returning from Mexico two months ago. And she showed how hard she’d been working as she completed a grueling workout on morning, running up and down the steps of a Los Angeles stadium. 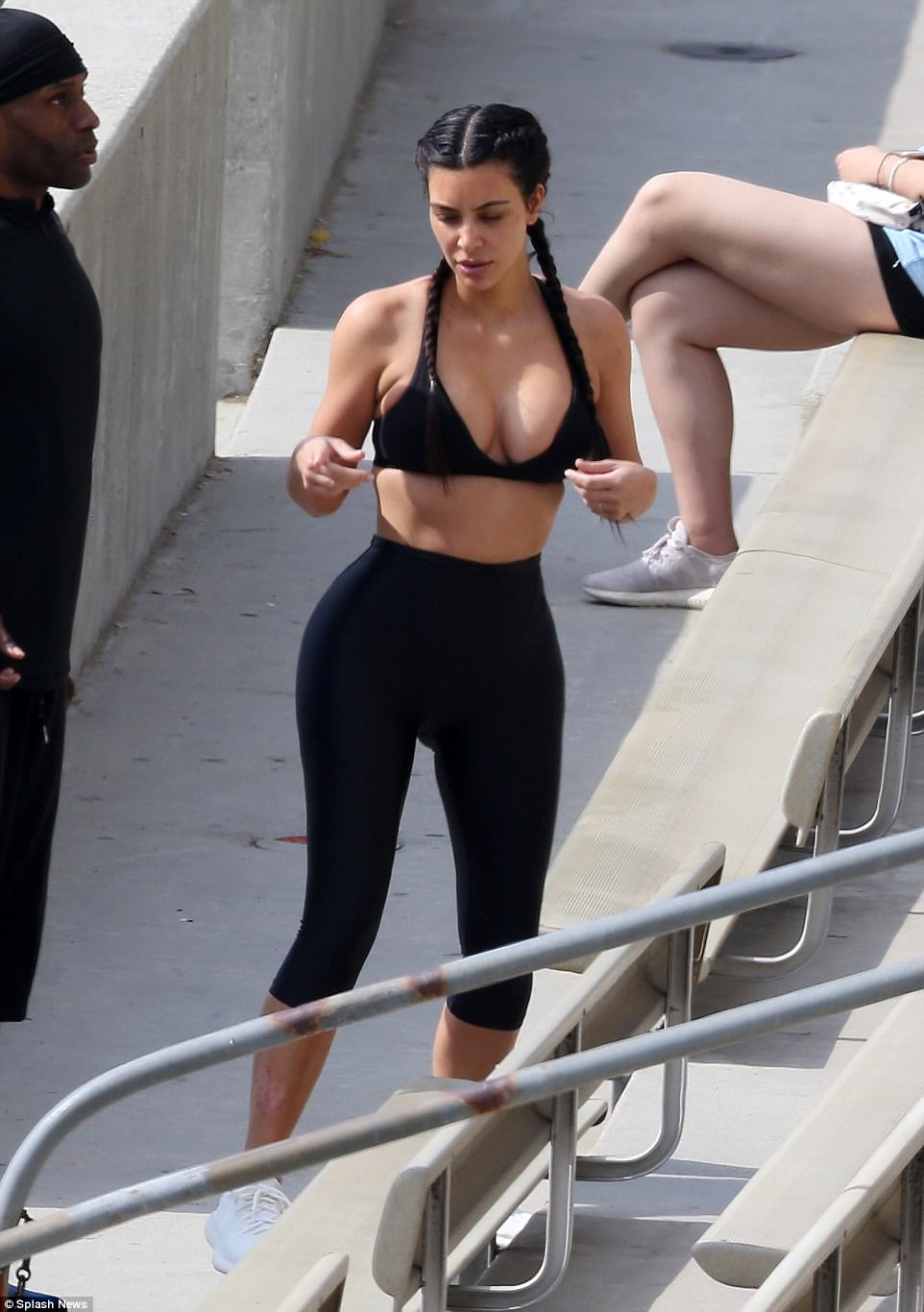 Pounding up and down the steep flight of stairs, she worked up a sweat with her trainer at her side 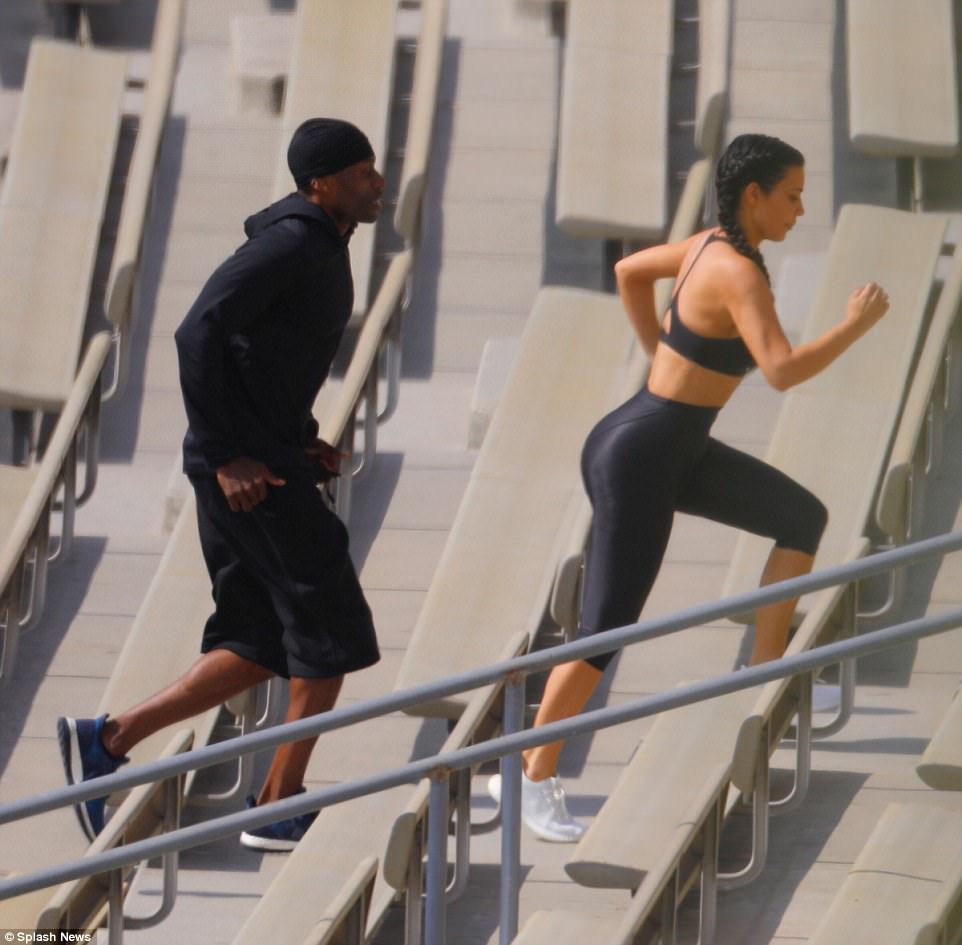 The fitness regime was inspired by these unflattering bikini pictures, which she insists were ‘Photoshopped’ to make her look ‘way worse’ than she really did 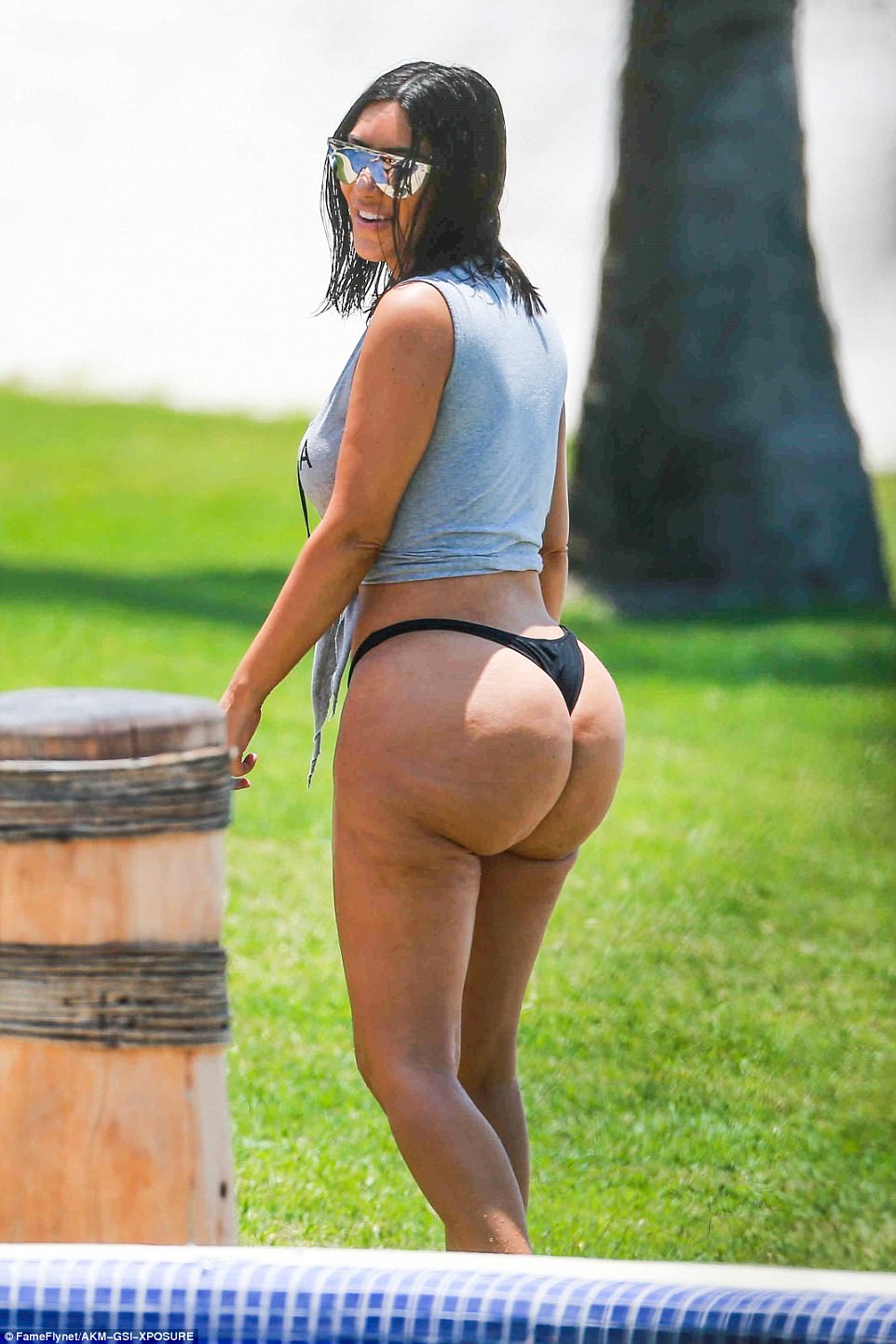 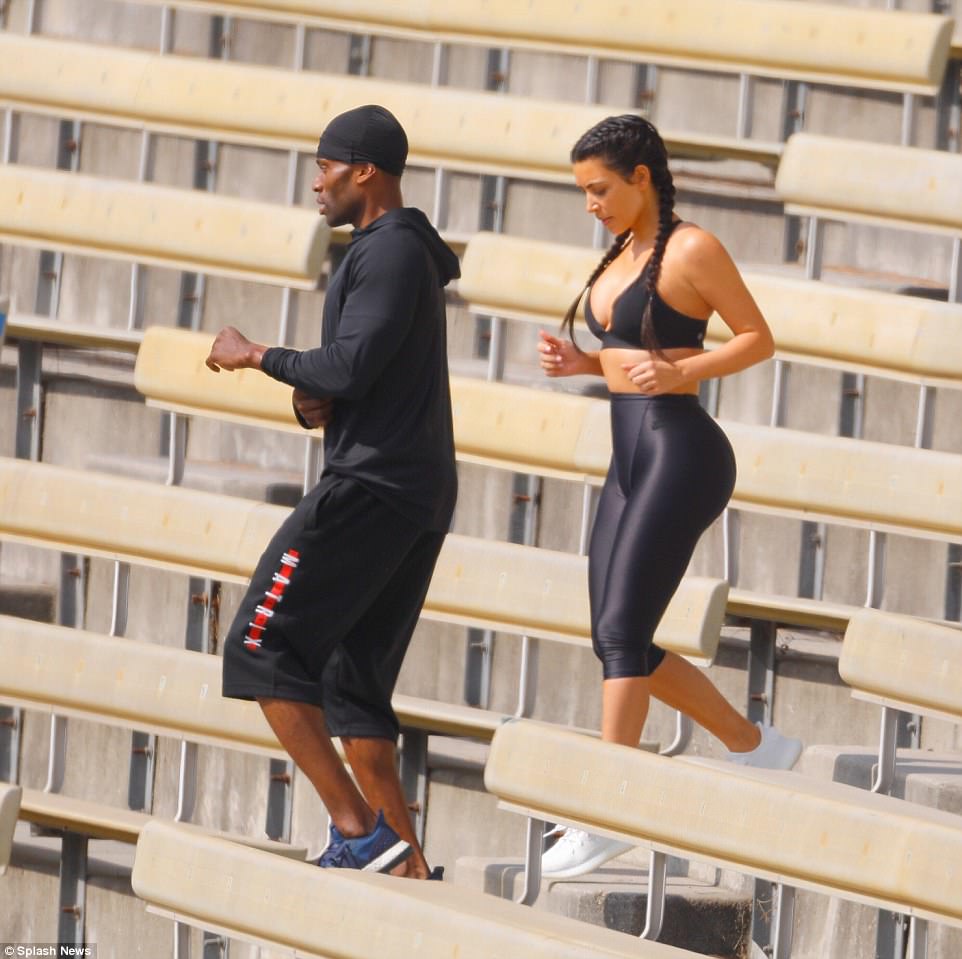 After completing her leg and thigh workout, it was time to train her arms – with Kim using the monkey bars to do a series of chin ups 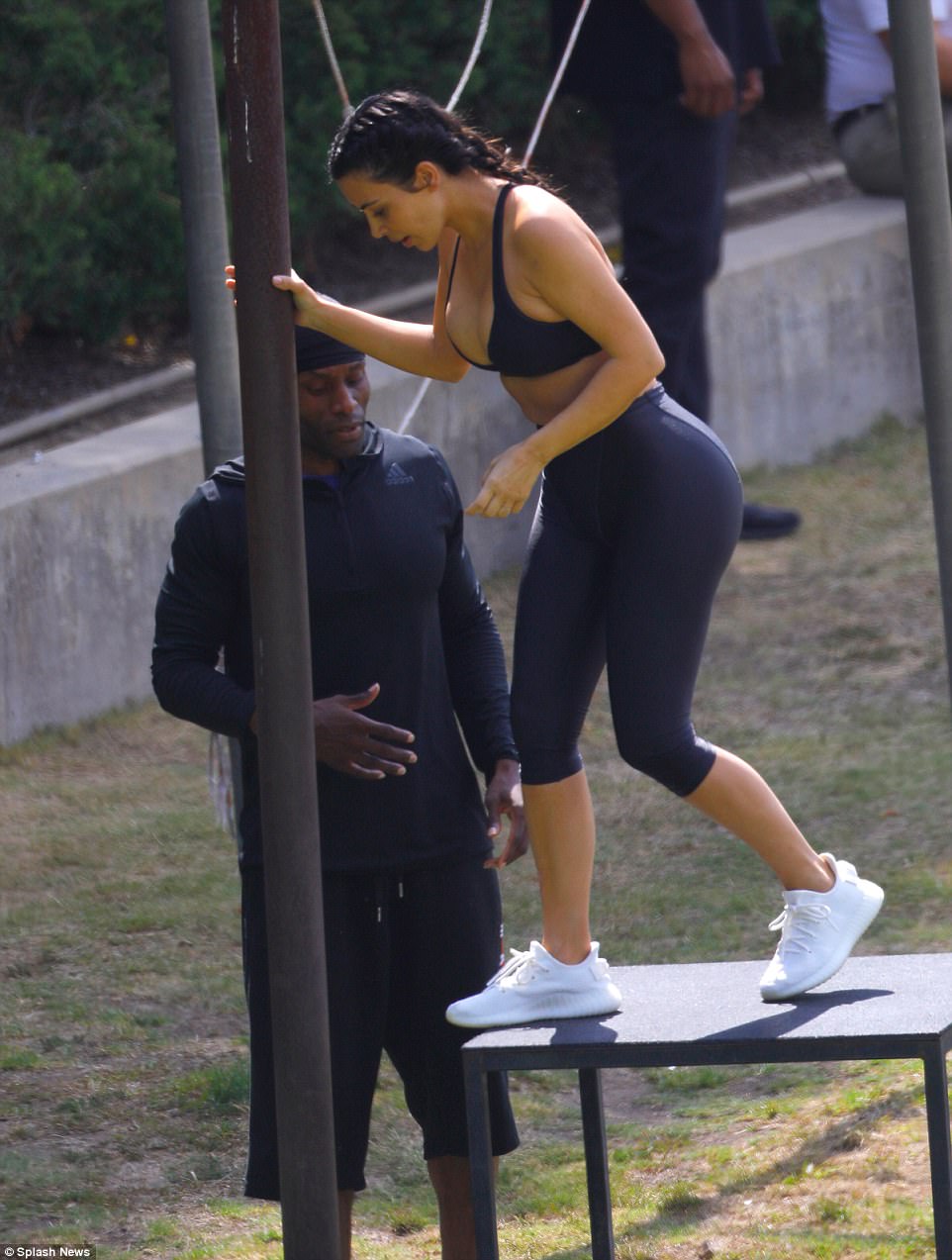 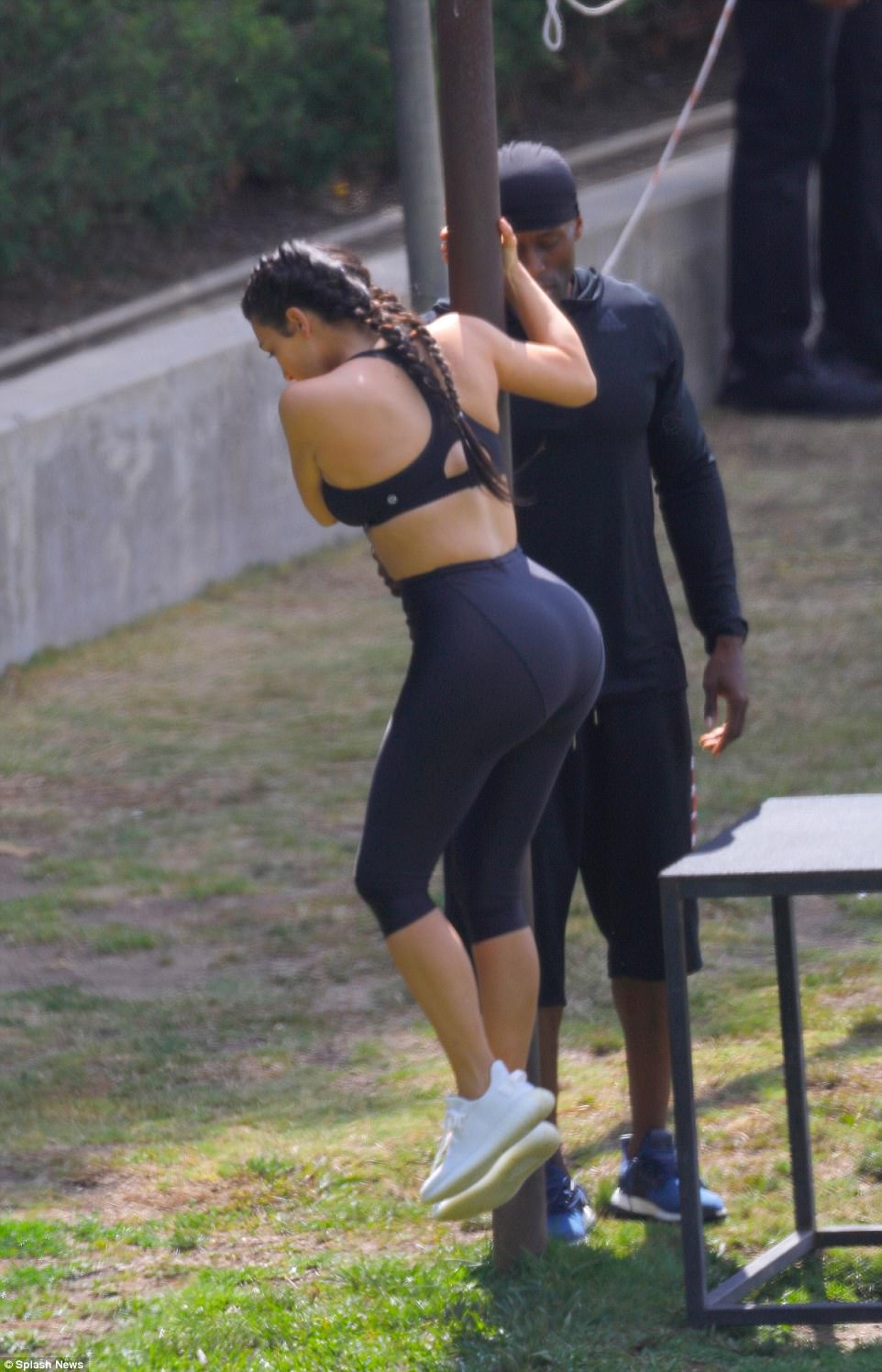 Kim gets up at 5.30am to work out before her children wake for the day 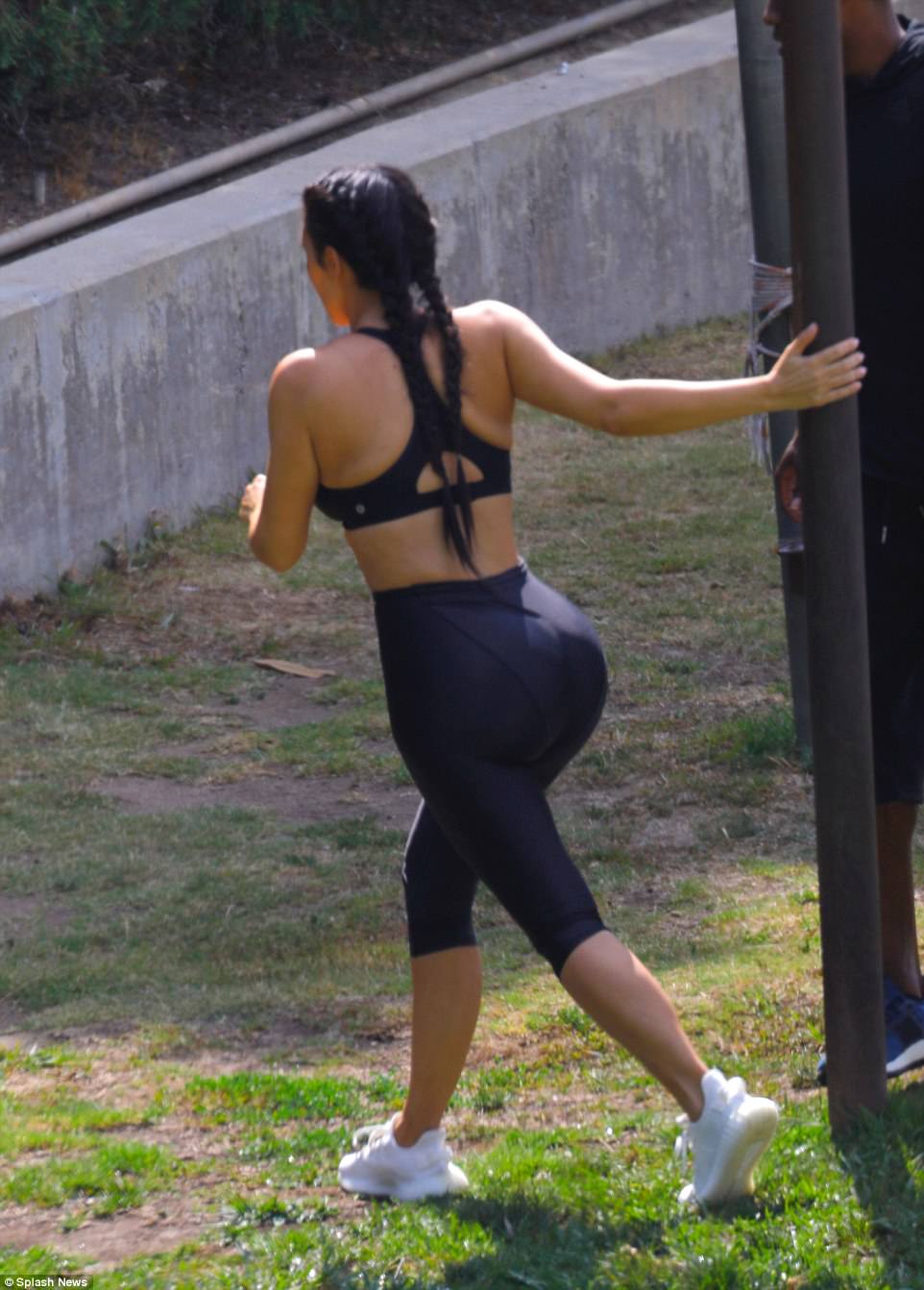 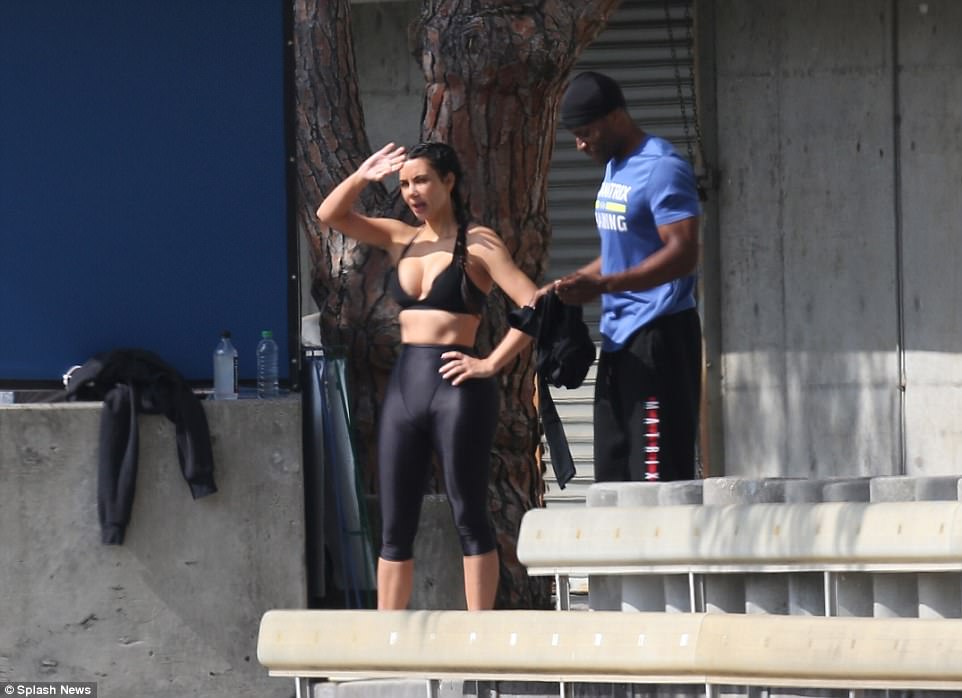 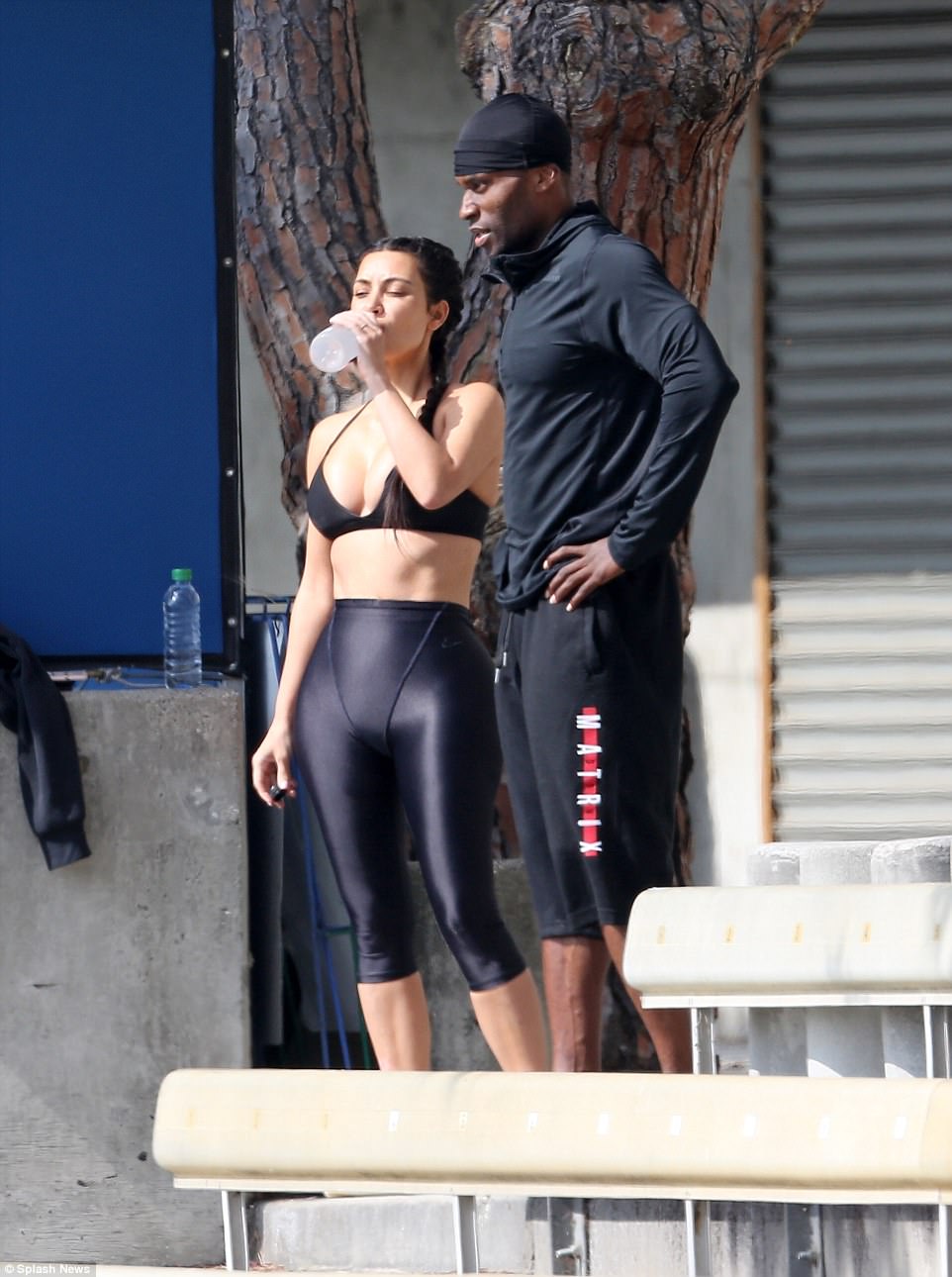 With her new fitness guru, Kim says she’s learned to eat more of the right things 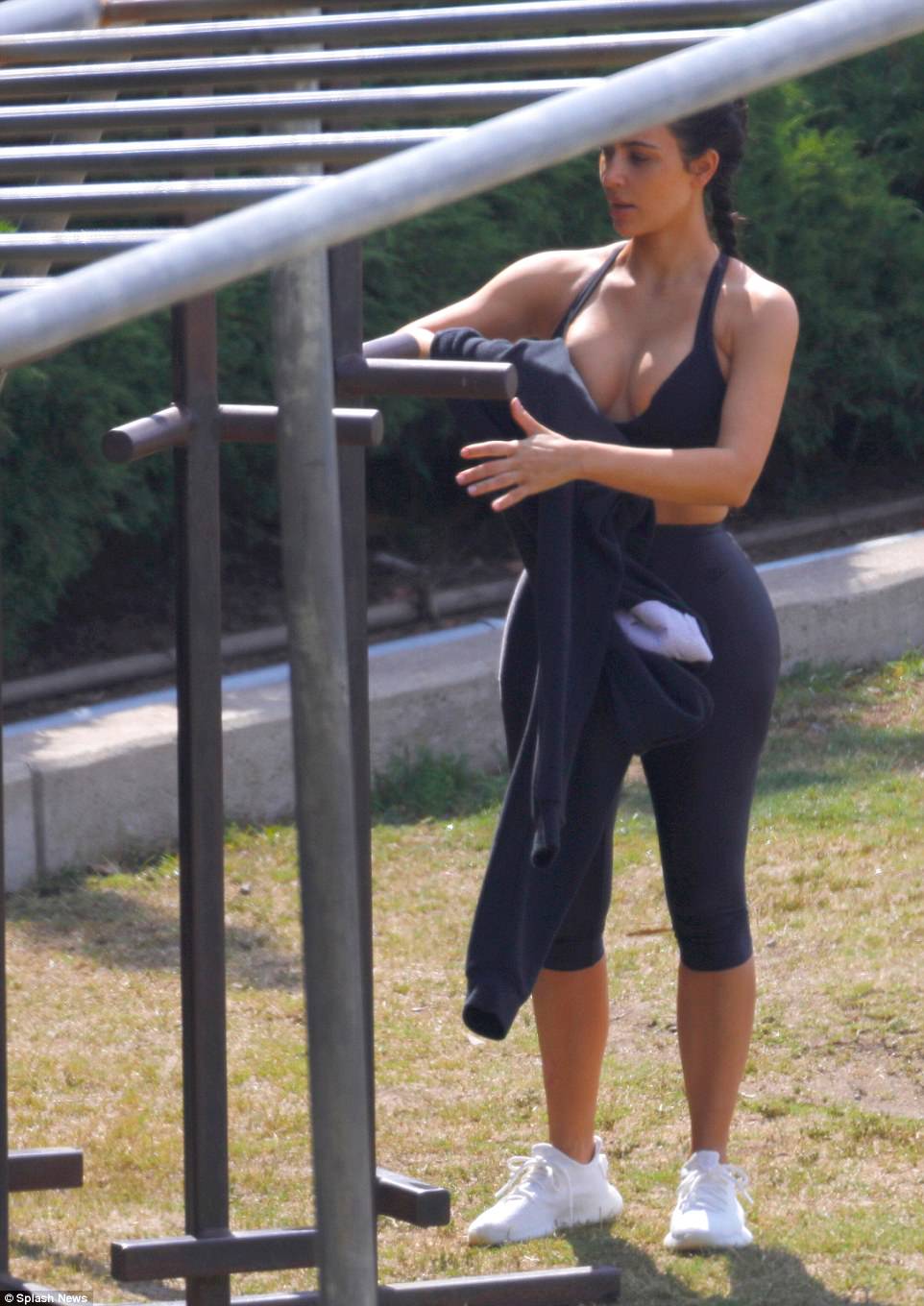 Kim threw on a sweatshirt after her sweaty workout was complete 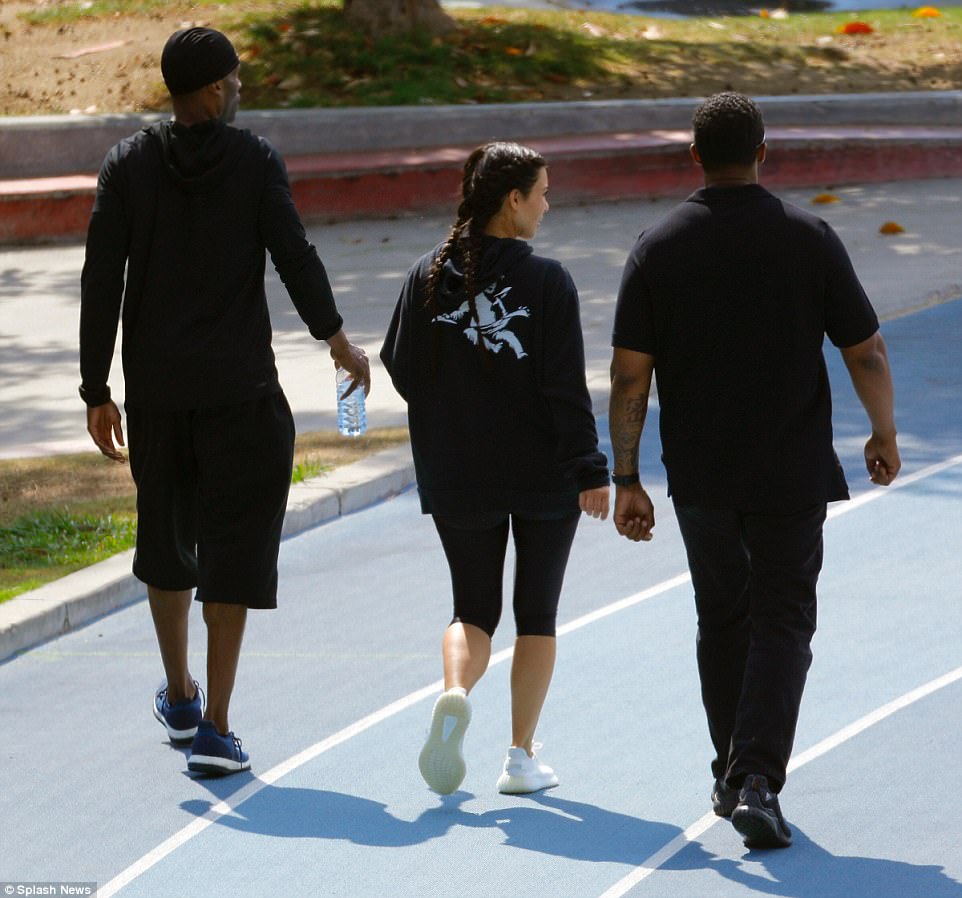