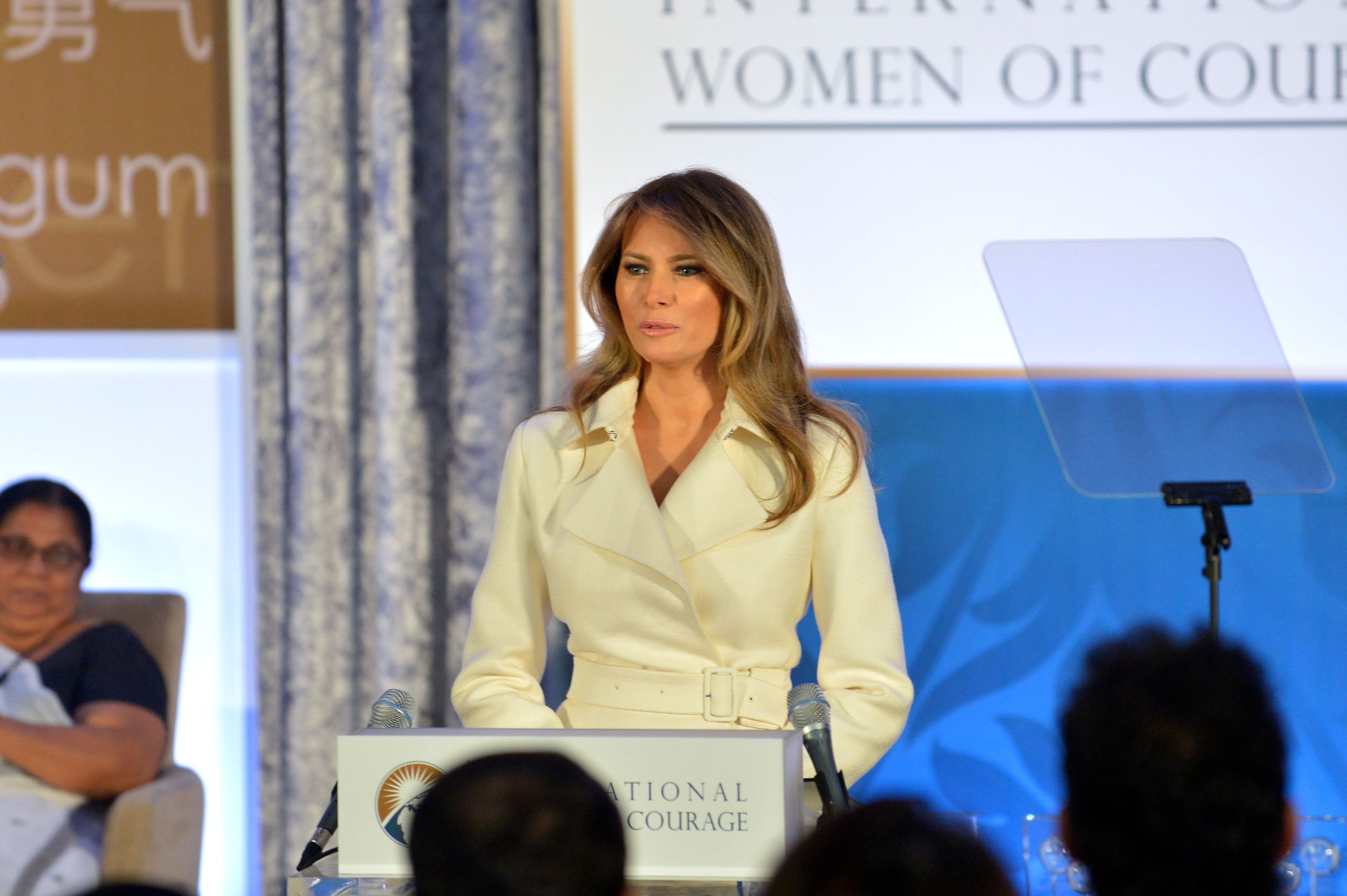 Melania Trump, the first lady of the United States, is a former model and the third, current wife of businessman and  the U.S. President Donald Trump.

Since becoming the first lady of the United States, Melania Trump’s every move has been thrust into the spotlight. The relationship between the President Donald Trump and First Lady Melania Trump has seen its fair share of controversy. Over the years, rumors have swirled and reports have surfaced about the complicated relationship between the President and First Lady.

Not much is known about her. Melania grew up modelling and even speaks multiple languages. However, there’s so much more to her than most people know. Keep reading to find out more about the enigmatic First Lady:

1. Melania Trump was born and raised in Slovenia in 1970, which was at the time a part of Yugoslavia.

2. Melania began modelling at just 5 years old, and began doing commercials and print ads when she was 16. 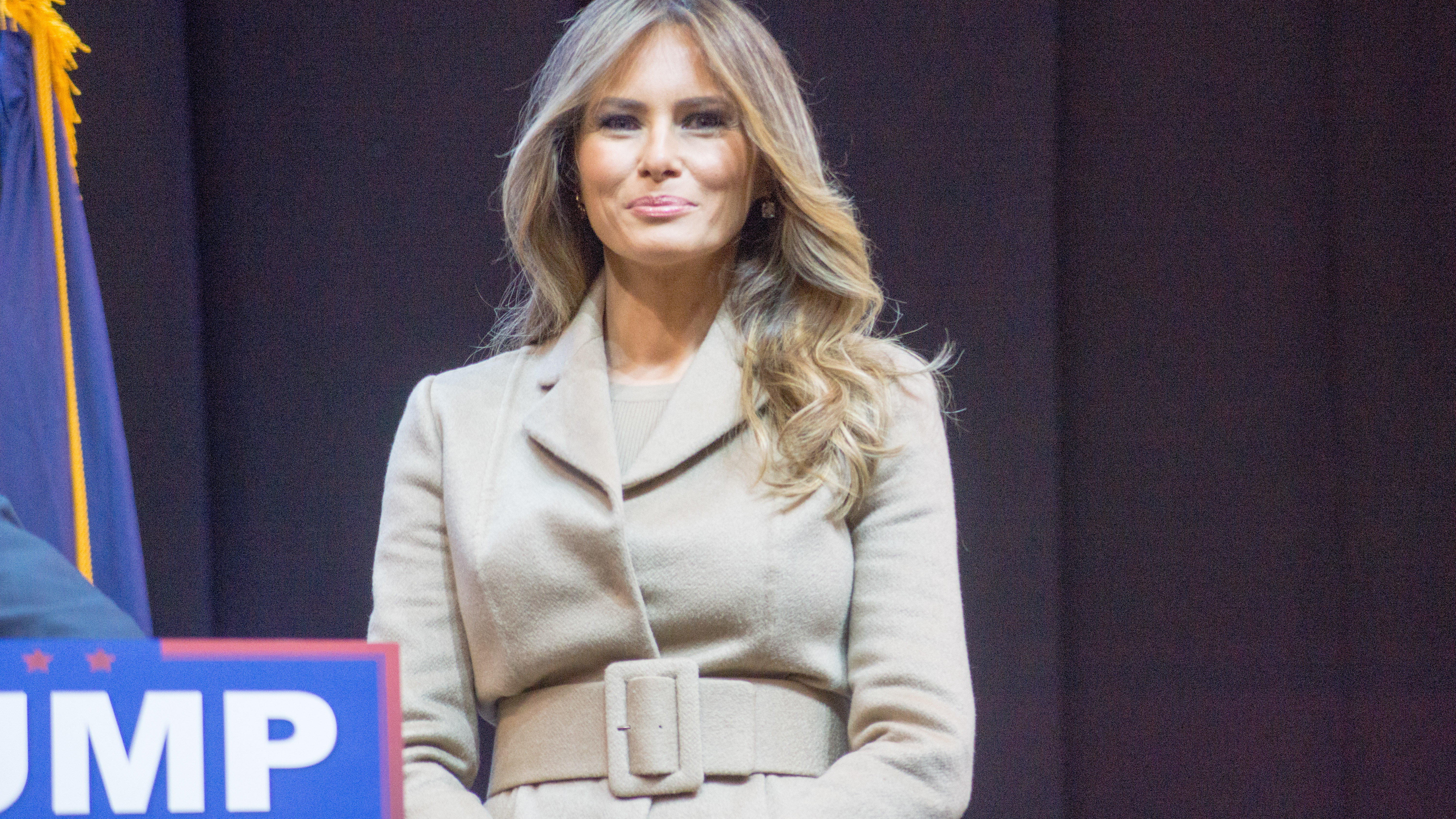 3. Melania attended the University of Ljubljana for architecture and design for one year before dropping out.

5. At the age of 18, she moved to Milan, Italy to pursue a career in modelling. Soon after moving to Milan, she moved to Paris. She officially moved to the United States in the mid 90’s.

6. Melania has appeared on the cover of several major magazines, including Vanity Fair, Glamour, Vogue and GQ.

7. Melania and Donald met at a party in 1998. Melania Knauss started dating Donald Trump in 1998, married him in 2005. Their wedding had a guest list that would make a lot of people jealous. Katie Couric, Kelly Ripa, Regis Philbin, Hillary and Bill Clinton, and Simon Cowell attended.

8. For the wedding, she wore a beautiful Dior dress that had 1,500 crystals on it. 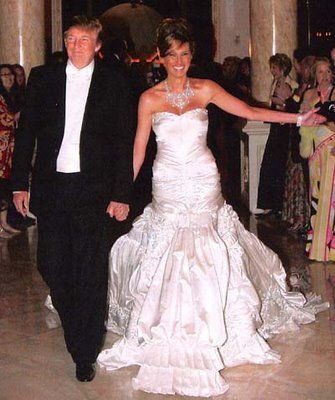 9. Melania has an older sister named Ines, and they are very close to each other. Ines was even the maid of honor at Melania’s wedding to Donald. Donald’s two sons, Donald Jr and Eric, served as best men.

MISS SUNSHINE @flotus ☀️ ☀️🤩showed off her playful side as she tried her hand at bowls during a visit to the Royal Hospital Chelsea on Friday morning. Melania joined Philip May for the game with the Chelsea Pensioners and a group of local schoolchildren. Melania wore a Victoria Beckham @victoriabeckham dress and Louboutins 👠 @louboutinworld. As always perfect 👌 ❤️❤️❤️ #melaniatrump #donaldtrump #firstlady #louboutin #flotus #victoriabeckham #missperfect #misssunshine #ootd #styleblogger #fashionblogger #britishvogue #voguemagazine #hervepierre #nicolebrylskincare

10. Although the terms have never been disclosed, Melania signed a prenuptial agreement before marrying Donald Trump.

12. She has a secret half-brother named Denis from a previous relationship her father was in. Victor Knavs, who the former model describes as traditional and hardworking, fathered a secret son before marrying Melania’s mother. Her half-brother was born four years before her and has reportedly never met her.

13. Melania started her own jewelry line at QVC called Melania Timepieces and Jewelry. She also has numerous businesses, some of which include a skin care collection and a watch and jewelry line.

15. Standing at 5 feet 9, Melania is one of the tallest first ladies to have ever graced the United States, tying with Michelle Obama and Eleanor Roosevelt.

16. She is the first Catholic in the White House since the Kennedys. Following her visit to the Vatican earlier this year when Pope Francis blessed a rosary for her, Melania’s spokeswoman confirmed the First Lady is a practising Catholic.

17. Donald Trump is Melania’s first and only husband, while she is his third wife. Before Melania, Donald was married for a few years in the 1990s to Marla Maples, a television personality, former beauty queen and mother to their daughter Tiffany Trump. The couple met while the businessman was still with his first wife, Czechoslovakian Ivana Zelnickova, who he had married in 1977. They have three children – Ivanka, Eric and eldest child Donald Trump Jr, who, at 38, is eight years younger than his stepmother Melania.

18. Melania says that Donald likes her because she’s not a “yes person.” “I tell my opinions and I was always like that.”

19. She is the only first lady to have posed nude. Three years before she met Donald, Melania posed nude for a French men’s monthly magazine. The “bombshell” photo set, obtained by the New York Post, shows her lying naked in a bed alongside Scandinavian model Emma Eriksson.

Our beautiful First Lady @flotus wore this exotic, tropical 🏝 🌴 🐠 Cuba-style @erdem dress as she returned to the White House @whitehouse on Sunday. She paired the dress with an orange leather belt @herve_pierre_creative_director to highlight her trim waist. Picking out the orange color further Melania donned a pair of Malono Blahnik @manoloblahnikhq pumps. The First Family had enjoyed a beautiful weekend away to gain energy for the upcoming visit in UK. #melaniatrump #donaldtrump #flotus #firstlady #erdem #hervepierre #manoloblahnik #ootd #nicolebrylskincare #fashionblogger #styleblogger #stylelikeme

20. She was once ‘sworn in as US president’ Years before her arrival at the White House, Melania appeared in a low-budget Slovenian fashion advert in which she was sworn in as president of the United States.

Leave a COMMENT and tell us if we missed any interesting facts about Melania!