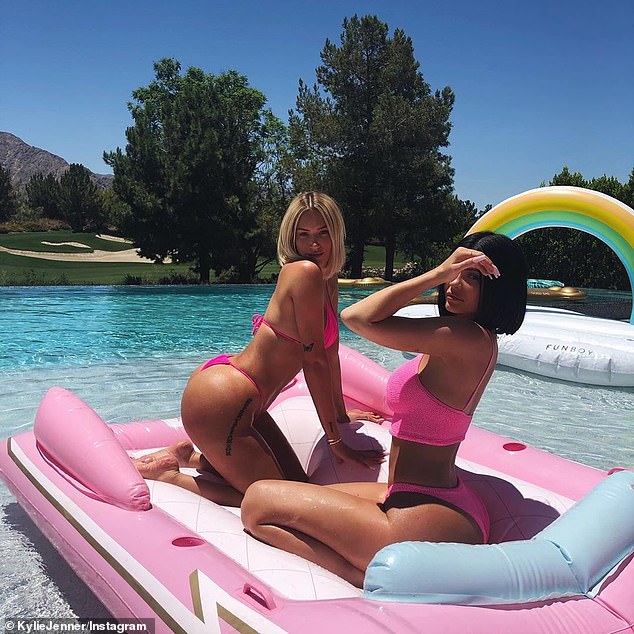 Kylie Jenner has given her 137 million Instagram followers a new glimpse by throwing Anastasia Karanikolaou yet another bash, this time a small soiree poolside. Only a day earlier, the makeup mogul faced backlash for throwing a Handmaid’s Tale-themed costume party. She was blasted on social media for throwing that party.

Kylie kicked off the love-fest by sharing a recent black-and-white photo of the two friends. 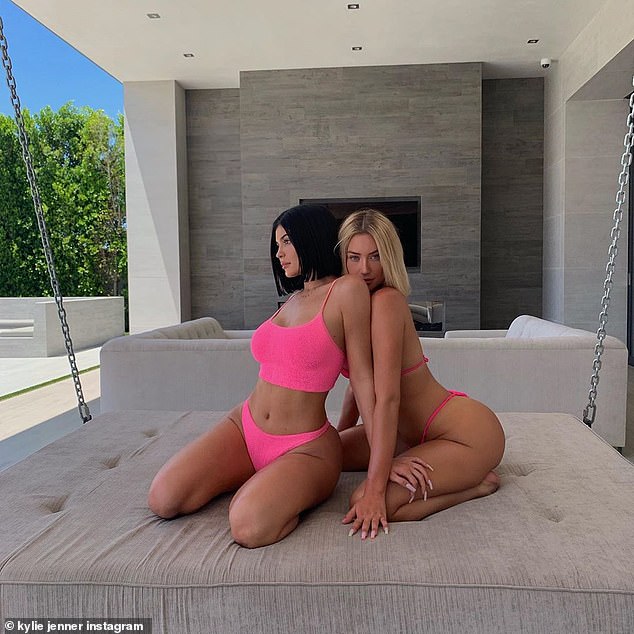 Playing poolside with her pals, the young star couldn’t be missed in this glamorous Hunza G bikini. This one size fits all bikini uses crinkle material giving it a stylish retro feel.

Kylie and Yris snuggle up with their daughter’s Stormi and Ayla respectively. 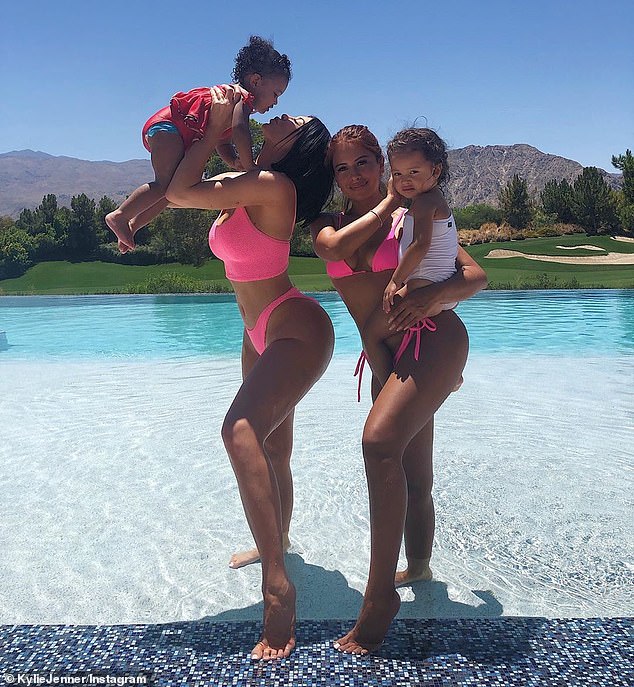 Another photo shows Kylie and Anastasia, who’s made her mark as a social media influencer with 3.9 million Instagram followers, next to each other in seductive poses in the backyard patio.

On social media, many took issue for throwing Handmaid’s Tale-themed party. She was accused of glorifying a world belittles and enslaves women.

You May Like: Kylie Jenner Flaunts Figure In Pvc Trousers And Skintight Dior Top

The Handmaid’s Tale tells the story of the new country Gilead, a totalitarian and theocratic state that takes over the United States of America. Gilead forces women into one of seven assigned roles—wives, aunts, marthas, handmaids, econowives, unwomen and jezebels.

She was slammed for turning a show that depicts rape and oppression into a laughing matter.

She and guest Sofia Richie even went as far as to dress like handmaids in the show, donning red robes and white bonnets.