The woman was lucky to escape with her life.

This is the shocking moment a woman stands on water’s edge with her dog and taunts an oncoming crocodile with her sandal.

Local crocodile enthusiast Lyndon Anlezark captured a shocking confrontation between a woman, a dog and a large saltwater crocodile at Cahill’s Crossing on the East Alligator River, in Kakadu National Park, a notorious stretch of crocodile-infested water in Australia’s Northern Territory.

She walked right to the edge of crocodile-infested waters with her tiny dog at Cahill’s Crossing in Australia’s Kakadu National Park without a care in the world. She didn’t even seem worried when one curious crocodile started swimming straight for them. She was confident that her shoe would protect her. 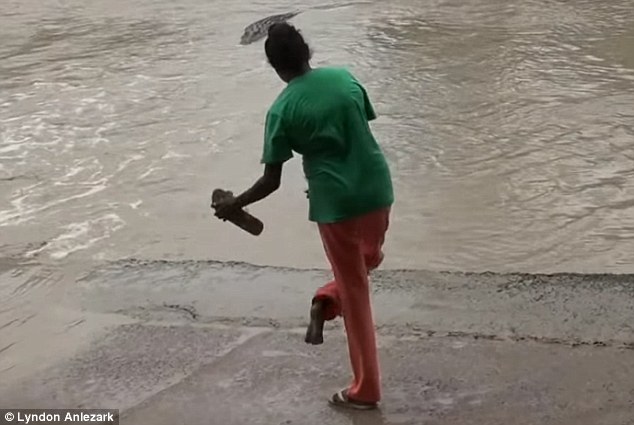 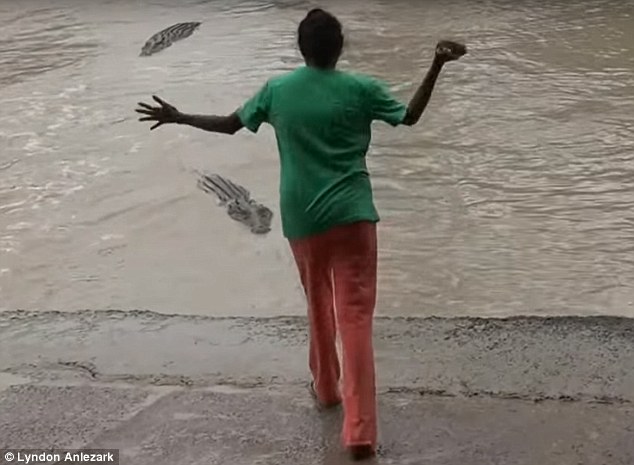 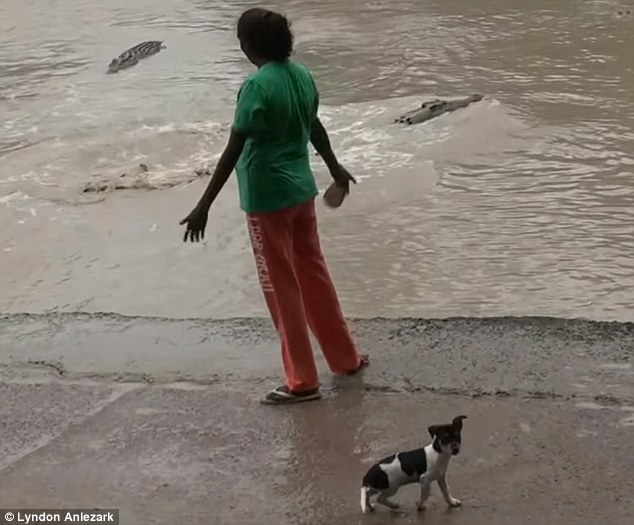 Local crocodile enthusiast Lyndon Anlezark, who was filming the confrontation from a safe viewing spot above, said the woman was lucky to escape with her life 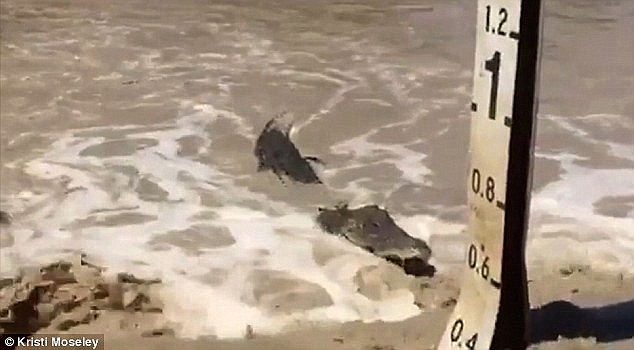 There are almost 130 saltwater crocodiles in the river connected to Cahill’s Crossing, where the footage was filmed 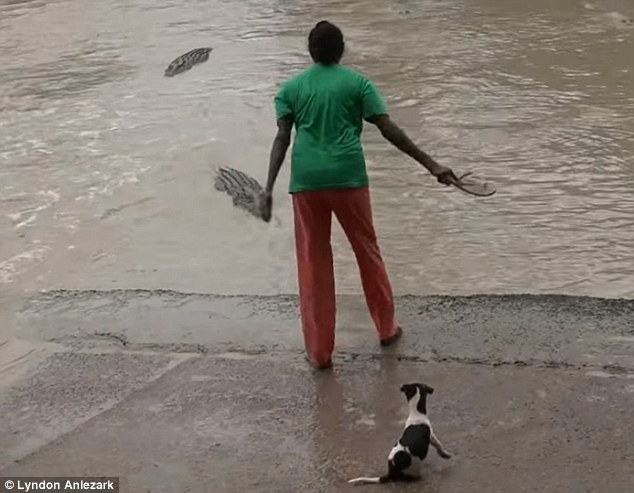 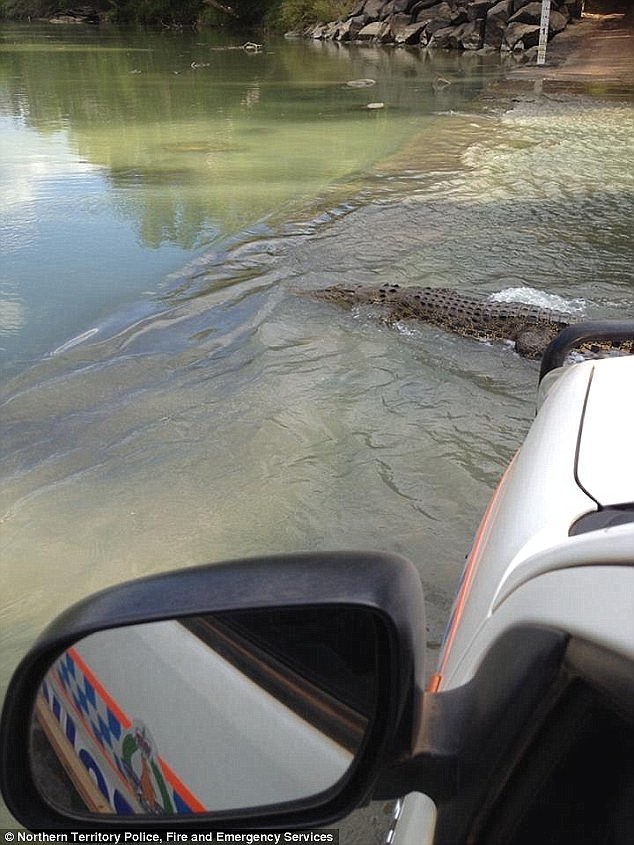 Many of those crocodiles were healthy adults, some measuring upwards of 4.5 metres.

That is one seriously lucky break.Watch the video

Yes, this woman’s weird method and presence of mind really did work, but you should not try this.