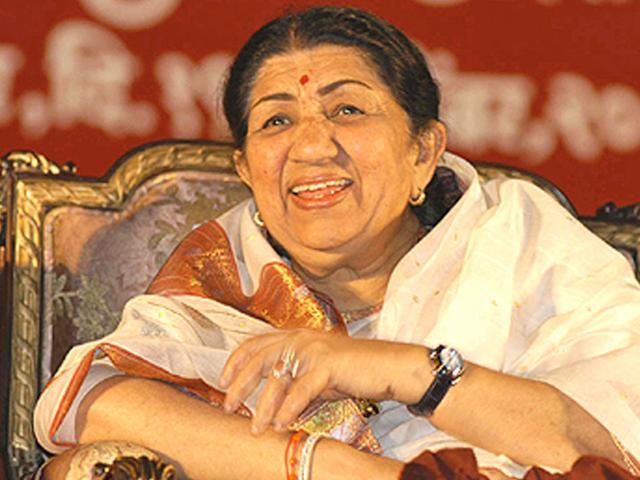 Lata Mangeshkar, the legendary playback singer,  who sang the famous patriotic song, ‘Ae mere vatan ke logo’, is saddened by the brutal death of soldiers on Uri attack.  Hence, this year Lata Mangeshkar has decided not to celebrate her birthday.

On her 87th B’day, she sent a heartfelt message to all her well-wishers:

We respect her sentiment, and wish her a Very Happy Birthday !!

We take this opportunity to have a look at some interesting facts associated with her. 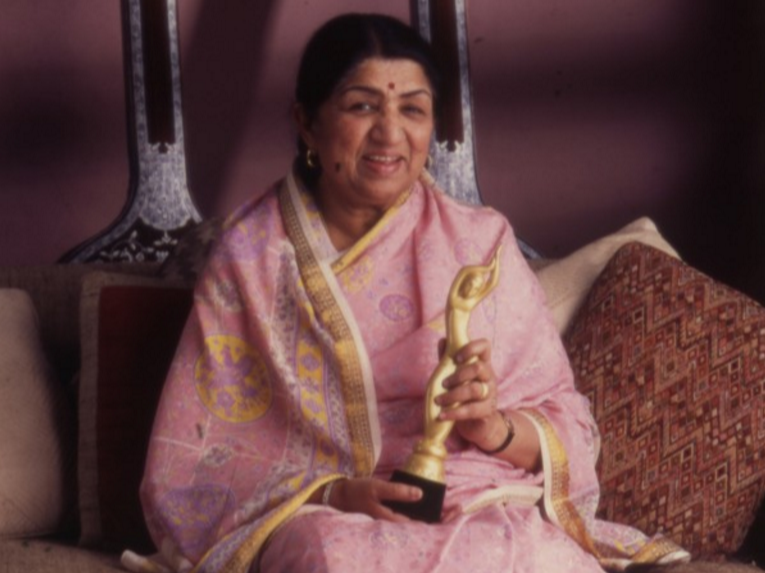 Hers is truly a mind over matter story. She was just 13 when she lost her father but didn’t let the tragedy get to her, learning the intricacies of music, of playback singing and slowly rising to become the numero uno singer in the Indian film industry. There hasn’t been a genius like hers. She has served as an inspiration for almost all the singers as well as musicians in the Indian subcontinent during the past 70 years. Here’s taking a look at some interesting facts associated with her.

Lata Mangeshkar is known as the Nightingale of India but few know that she’s acted in films as well. In fact, one of her first roles was in the Marathi movie Pahili Mangalagaur (1942), in which she sang Natali chaitraachi navalaai which was composed by Dada Chandekar.

Paa lagu kar jori re, the thumri she sang in the film Aapki Sewa Mein (1946) was one of her initial numbers that increased her popularity. Her mastery over the form was evident even during those earlier times. Her alaaps and taans are out of this world in the song.

One of her Veteran music directors, Ghulam Haider, realised her potential and started giving her breaks. Her Dil mera toda, mujhe kahin ka na chhora, from Majboor (1948) under Haider’s baton got her noticed among the masses.

It was Aayega aanewaala, the haunting song from Mahal (1949), composed by music director Khemchand Prakash that made her a mass favourite and became the foundation stone for her ascendancy for the next 50 years.

She won her first Filmfare Award for Best Female Playback Singer for Aaja re pardesi from Madhumati (1958). Her other wins were for Kahin deep jale kahin dil – Bees Saal Baad (1962), Tumhi mere mandir tumhi meri pooja — Khandaan (1965), and Aap mujhe acche lagne lage — Jeene Ki Raah (1969). After this she magnanimously excused herself from the category to promote fresh talent.

She was conferred with the Filmfare Lifetime Achievement Award in 1993 and next year was awarded the Filmfare Special Award for Didi tera devar deewana from Hum Aapke Hain Koun. She also got a Special Filmfare Award in 2004 along with stalwarts Naushad and Dilip Kumar as part of Filmfare’s Golden Jubilee celebrations.

She remained the undisputed queen of playback throughout the ’50s and the ’60s. Her crowning glory that year was surely the non-film patriotic song, Aye mere watan ke logo, composed by C Ramchandra and written by Pradeep. It was sung by her in Delhi on January 27, 1963, in the presence of the then Prime Minister Jawaharlal Nehru, and reportedly brought tears to her eyes.

She won her first National Film Award for the song Beeti na bitai raina from the film Parichay (1972), composed by R. D. Burman, and written by Gulzar. She repeated the feat for Kora Kagaz (1974) and Lekin (1990).

She is also a music director, composing under the pseudonym of Anand Ghan. She composed for the first time in the Marathi movie Ram Ram Pavhane (1955). She won Maharashtra State Government’s Best Music Director Award for the film Sadhi Manase. The song Airanichya deva tula from film won accolades.