The 30-year-old actress showed off a bit of cleavage in her pink one-piece swimsuit as she worked through multiple poses on the water. Lea Michele’s rollicking Maui vacation continue, and the Scream Queens star couldn’t resist venturing back into the water on her paddleboard for a bit of yoga.

Her hair had been slicked back at the front, tied in a bun on top and allowed to cascade down freely behind, covering up the fact her bathing suit was backless. Its hem sloped upwards at the rear, allowing her to showcase part of her derriere as she gamboled off the sand into the sea.

While she spent some of her time on her paddleboard executing yoga poses, she also set aside a moment to lie back and relax in the sun. Here are few hot photos of Lea Michele scroll down 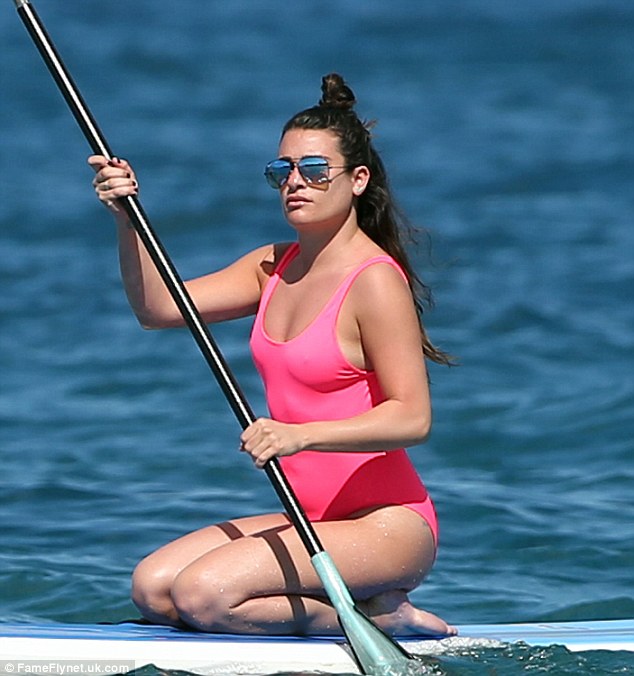 Its hem sloped upwards at the rear, allowing her to showcase part of her derriere as she gamboled off the sand into the sea 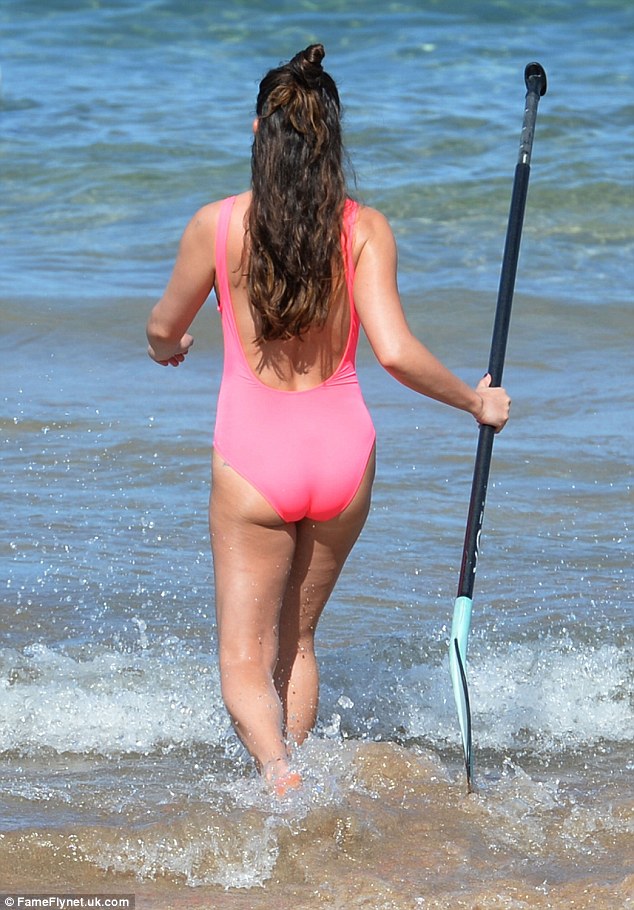 She’d been joined by friends for her day out, and appeared to be waving at one of them while she sat on the board 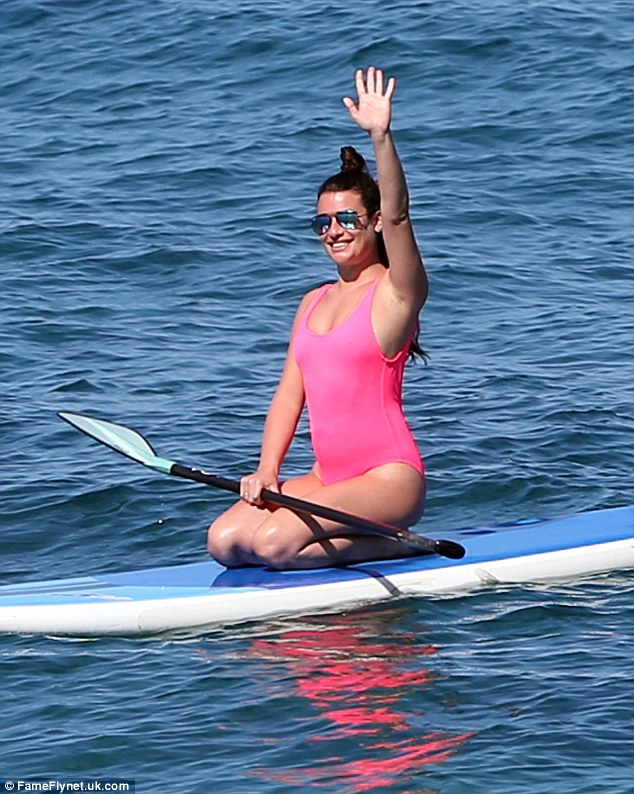 Sitting up at one point, she flung her arms upward and outward, basking in the warmth of the Hawaiian island 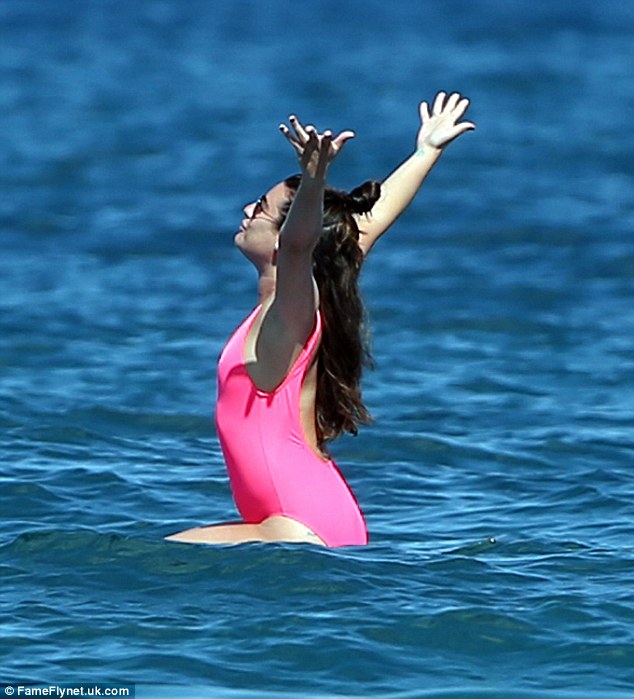 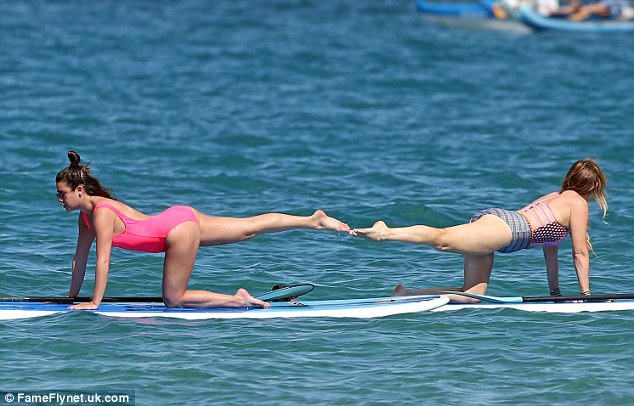 At another point, another nearby friend lay back on her surfboard while Michele did a three-legged dog pose 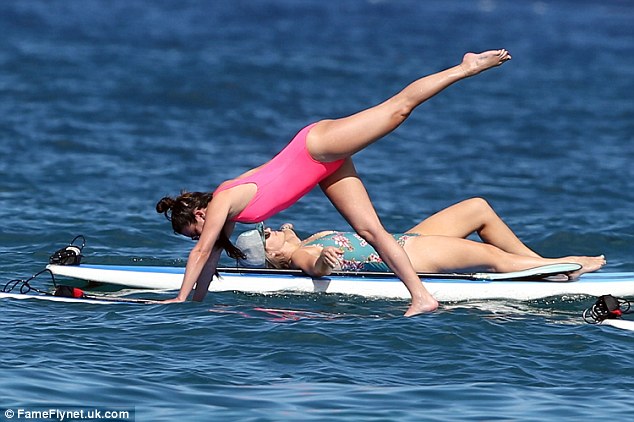 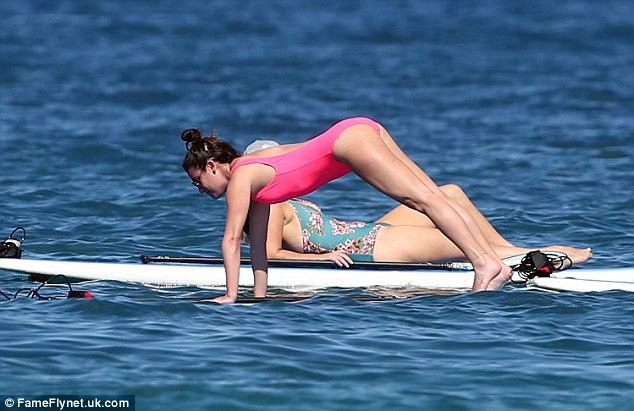 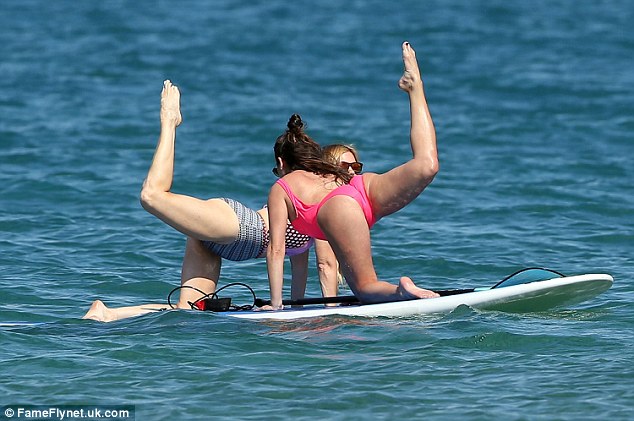 She’d also got a glistening pair of earrings on 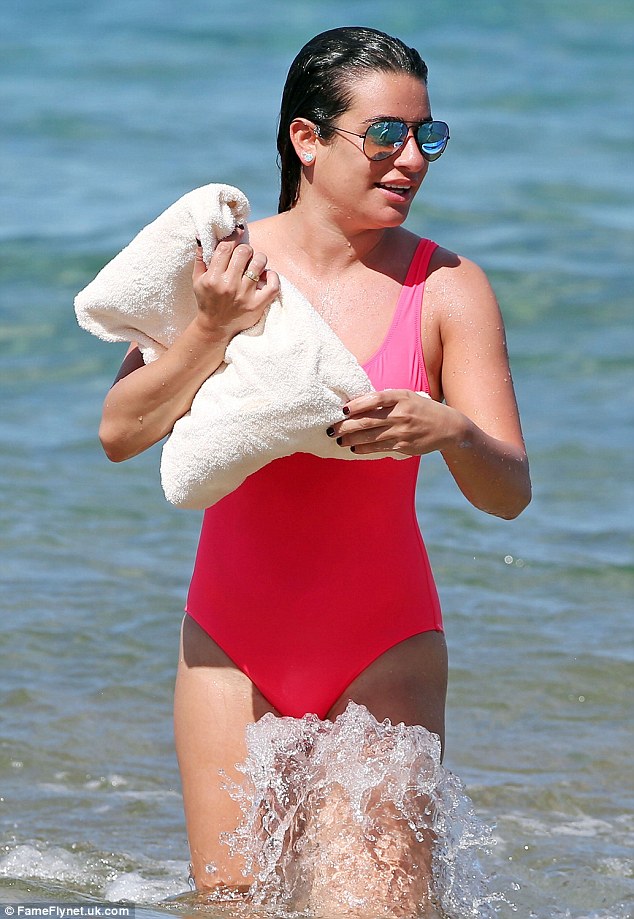 Michele looked in fantastic shape as she participated in some paddleboard yoga in Maui, Hawaii 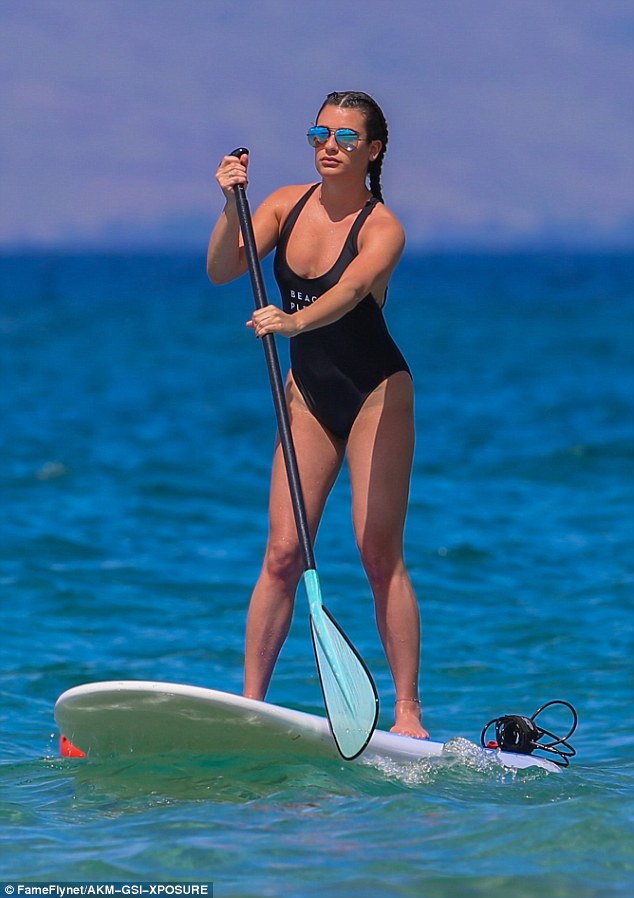 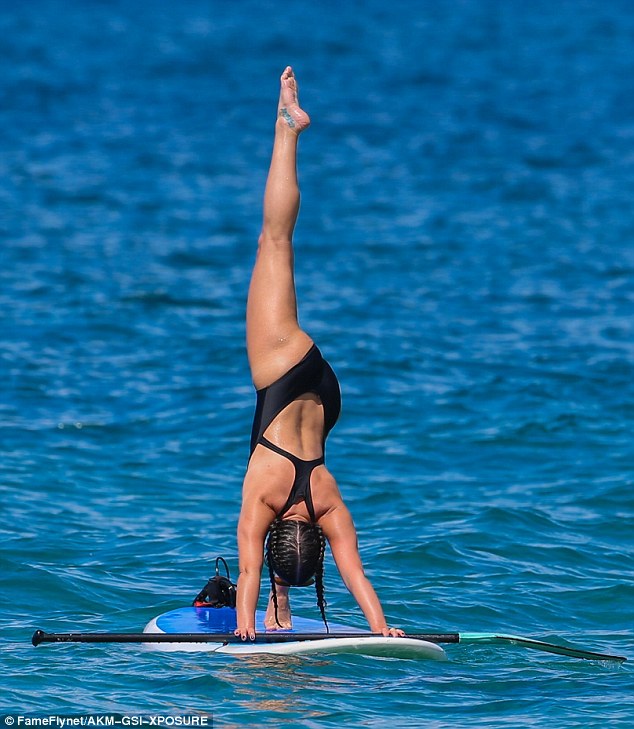 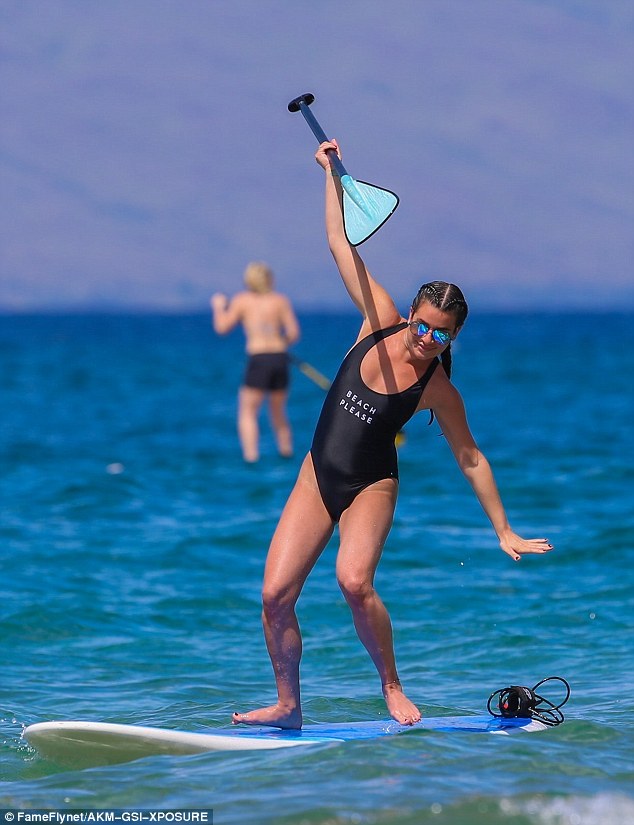 She proudly put her pert derriere on display 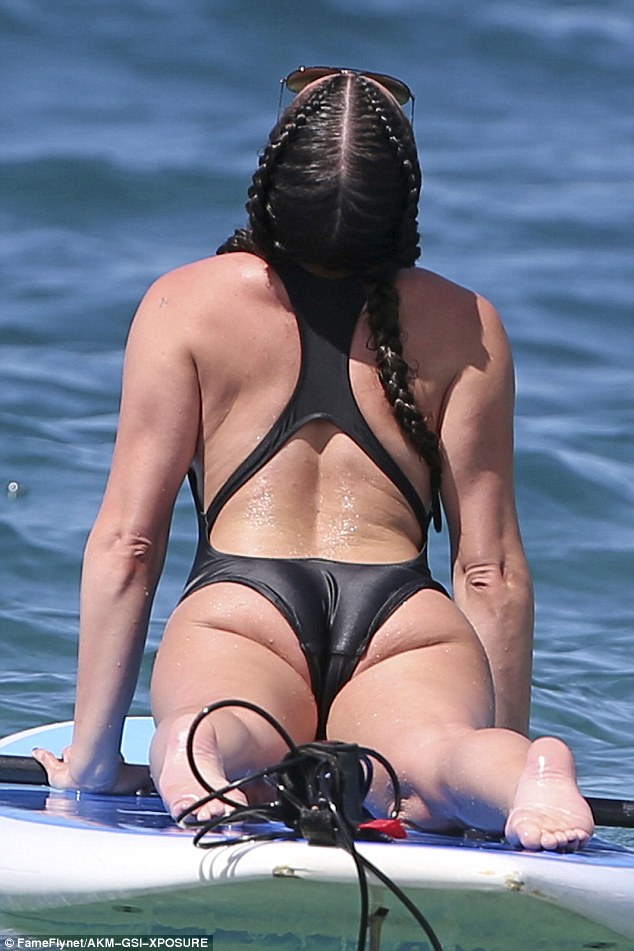 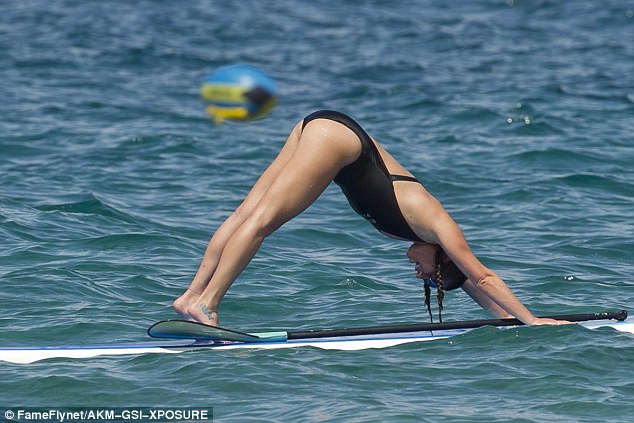 Fun in the sun: It was a beautiful setting for doing yoga 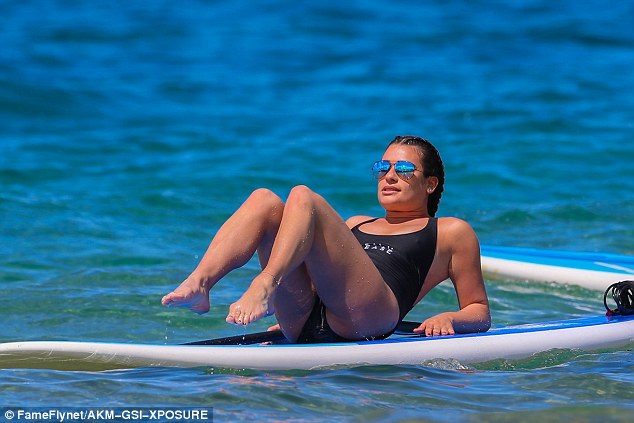 She paddled along on the floating board 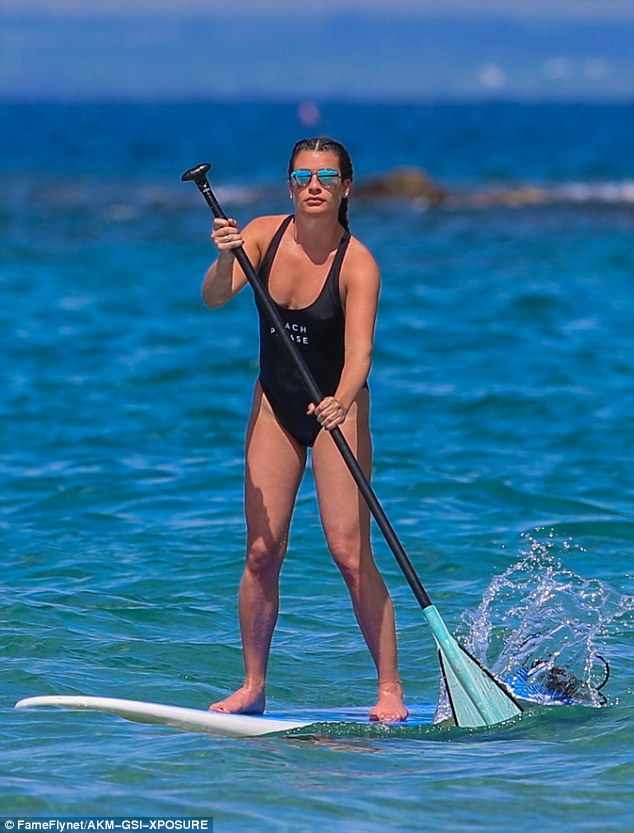 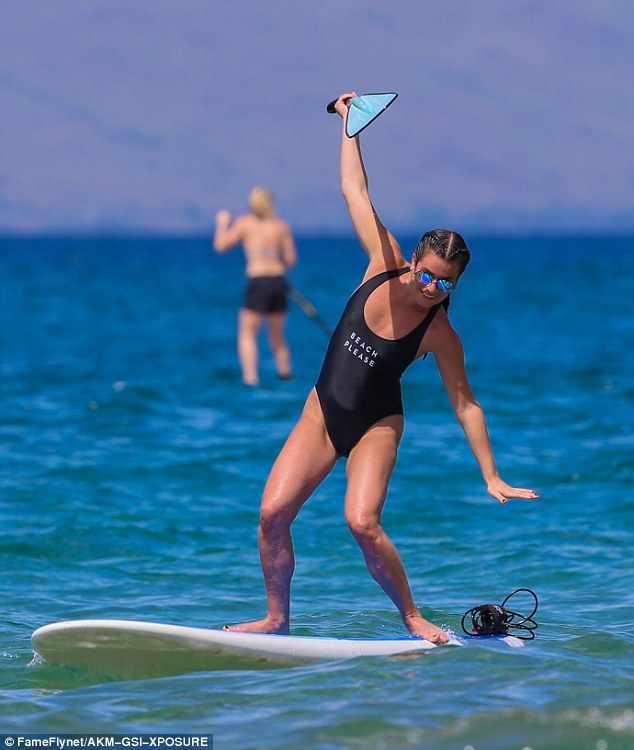 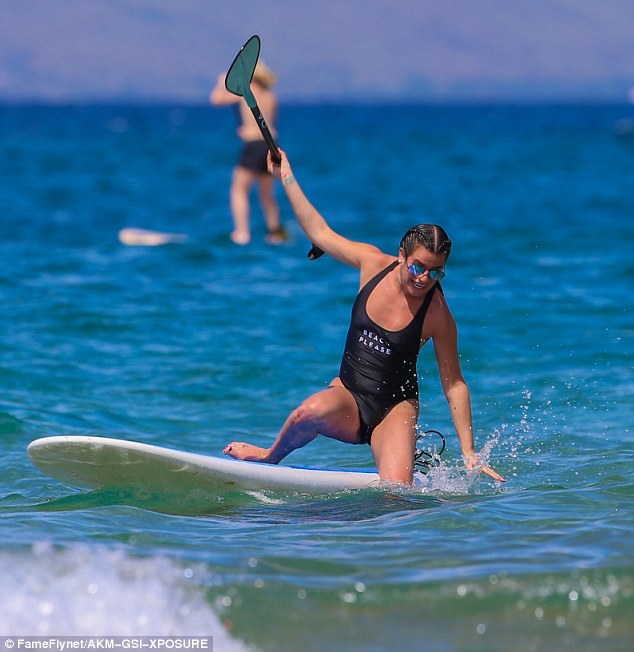 Despite the challenges, the Scream Queens star still managed to look fantastic as she let her natural looks show with minimal make-up 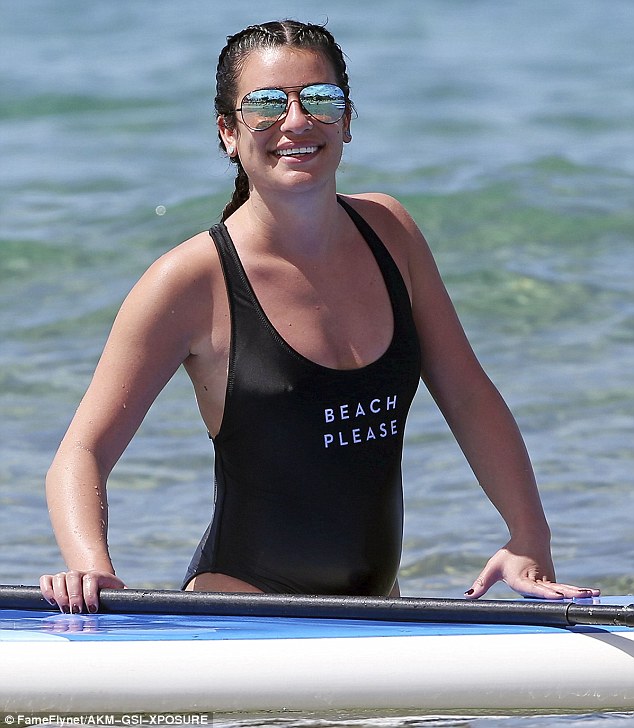 The Scream Queens actress cruised in the Pacific Ocean 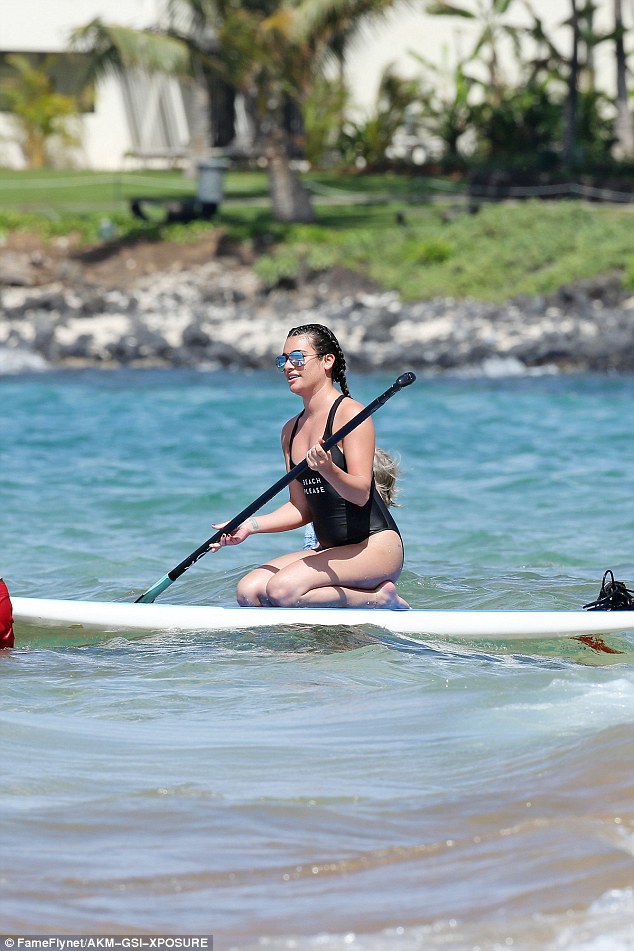 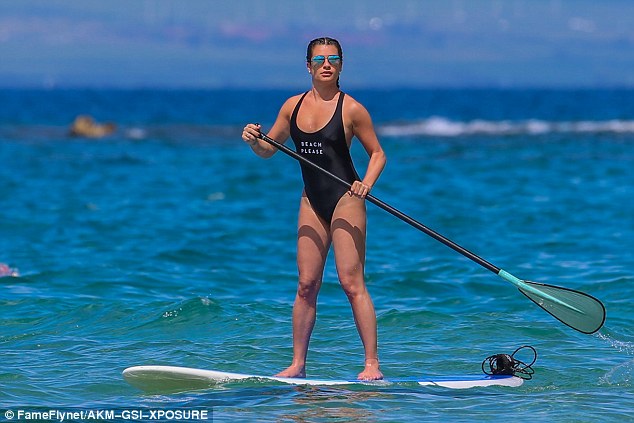