This is the terrifying moment a man discovered two huge pythons wrestling over a mate in his kitchen. The footage, taken in a rural suburb of Brisbane, shows the reptiles entwined with each other as they slither across the tiled floor.

The homeowner said he isn’t afraid of snakes because he’s perfectly fine with letting one live in the ceiling above his bedroom for pest control. But when he walked into his kitchen one day, he found out that if you give a python a home, it’ll eventually invite its friends.

A man captured the moment he stumbled upon two huge pythons fighting on the floor of his kitchen in Dayboro, a rural suburb of Brisbane 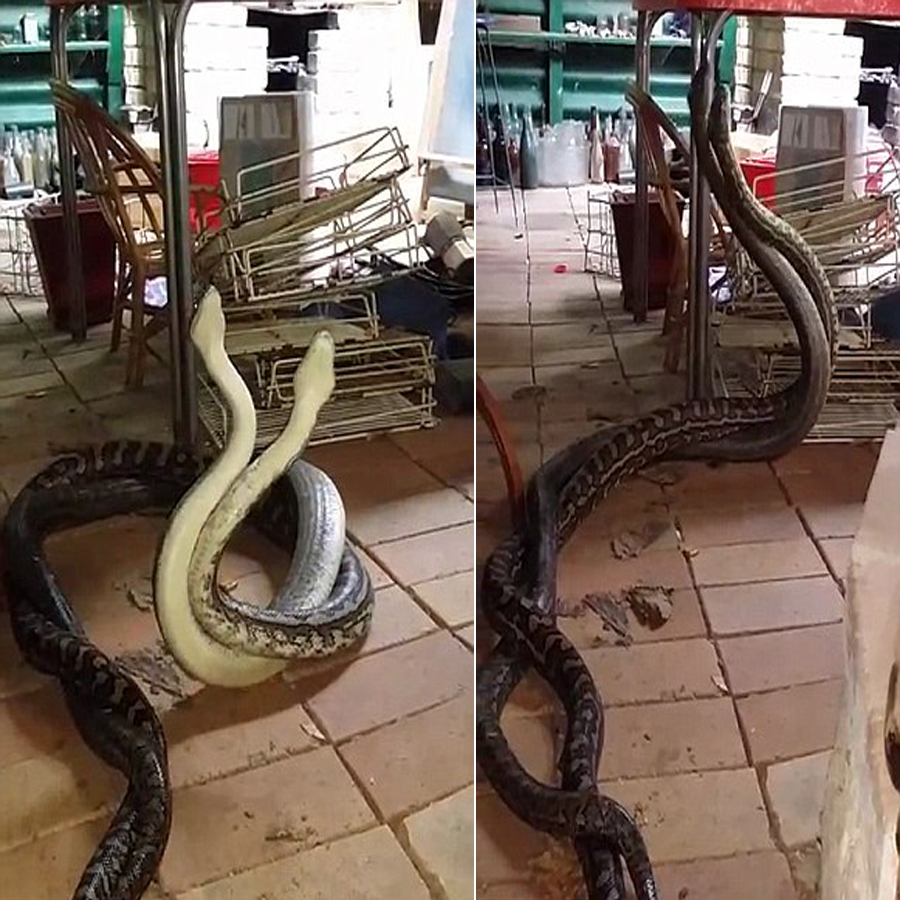 The man said he allows one of the snakes to live in the bedroom above his ceiling for pest control, but had no idea there was a female nearby 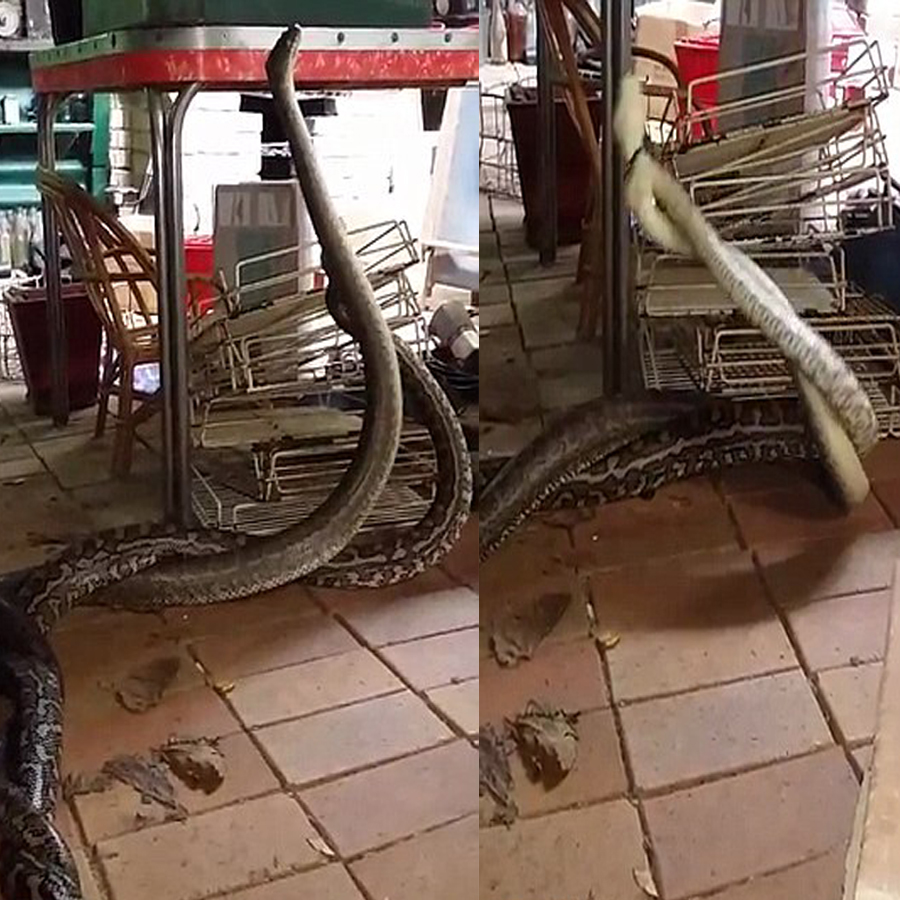