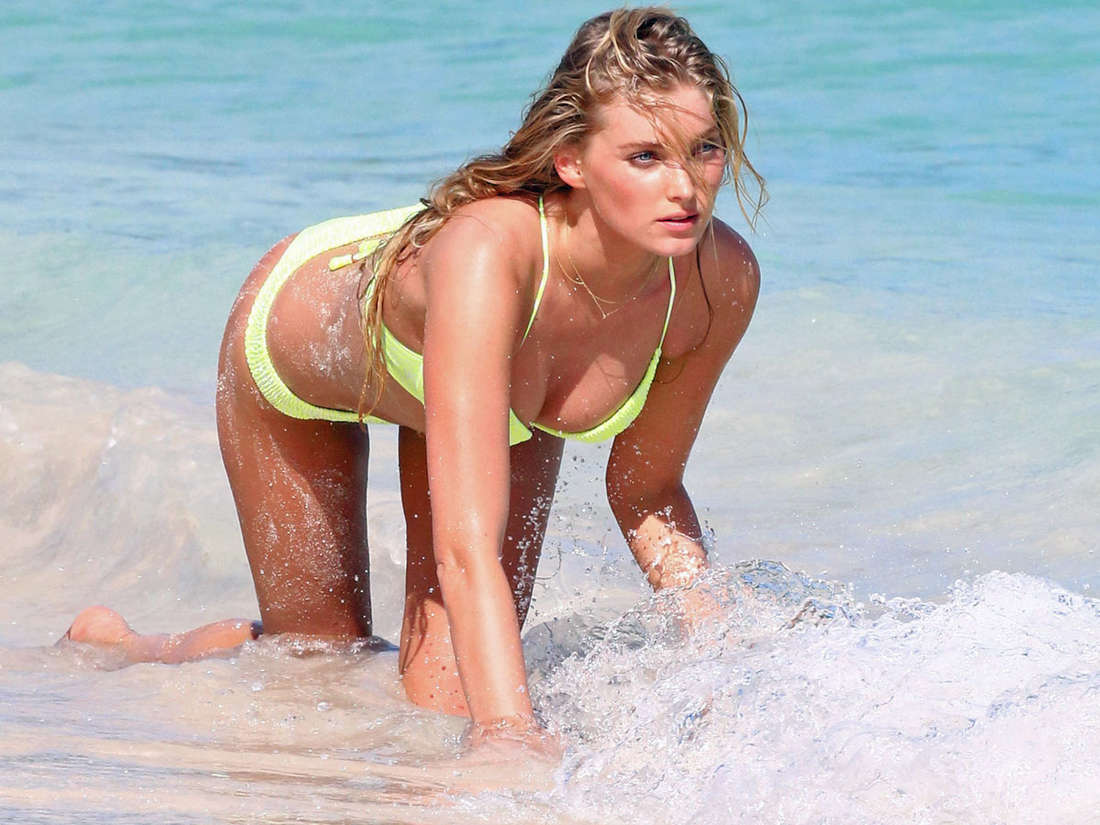 Martha Hunt made a stroll on the beach in Miami look like a trip down the catwalk. The 27-year-old stunner wore a tiny green Brazilian cut bikini that showed her every curve while on vacation. Martha Hunt seemed to want to remind everyone, when the leggy catwalker hit the beach in Miami in nothing more than a skimpy bikinis and a pair of shades. 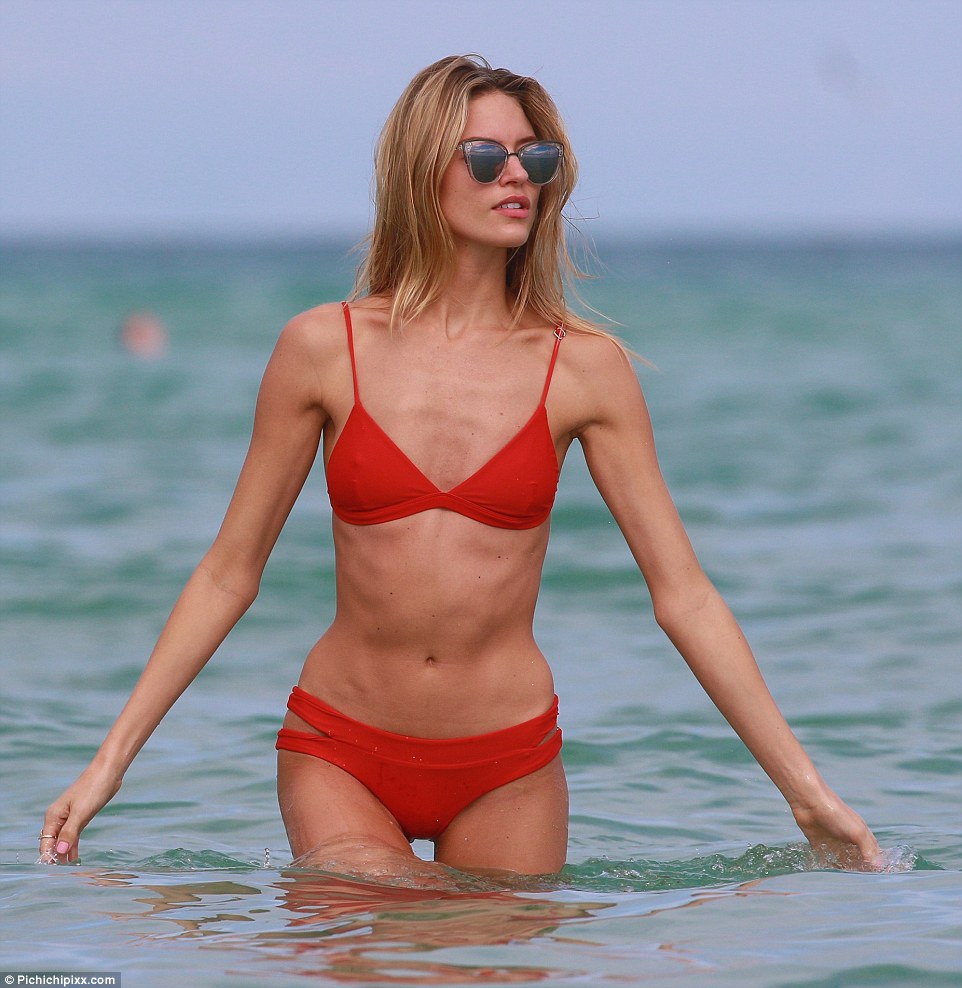 Martha Hunt, 27, struts on the beach in Miami 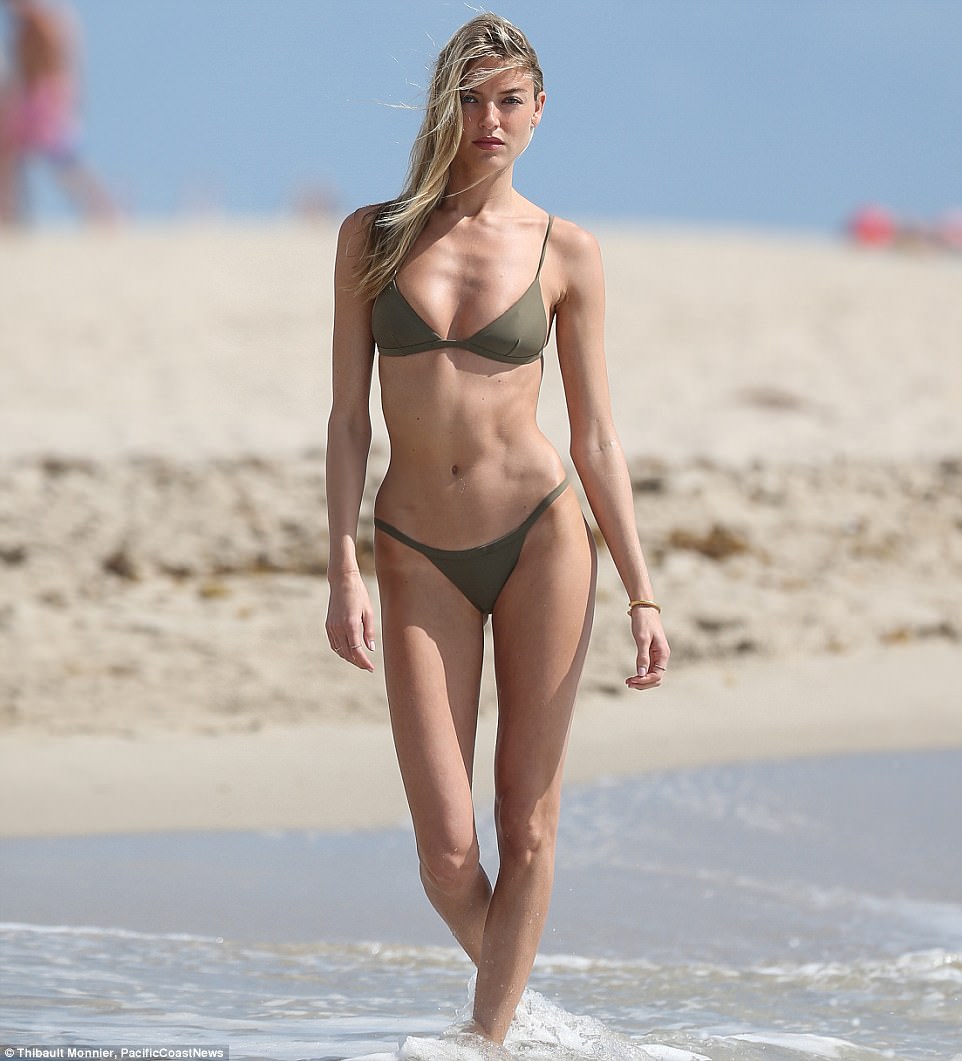 The pal of Alessandra Ambrosio, Taylor Hill and Elsa Hosk showed off an incredibly toned figure in a skimpy two piece that had a top with spaghetti straps and bottoms with nifty cut-outs on the sides 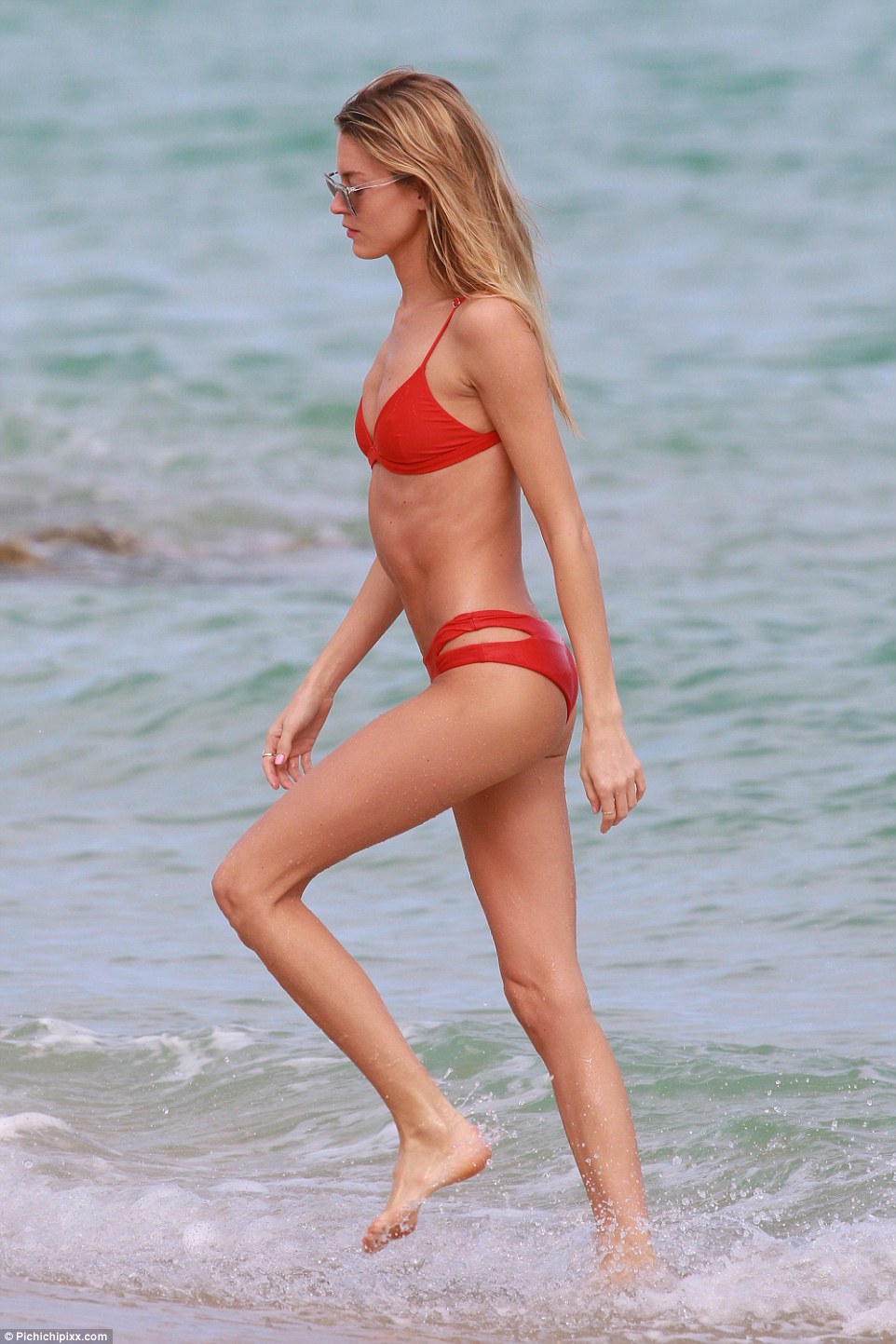 Hunt made her way into the Miami tide 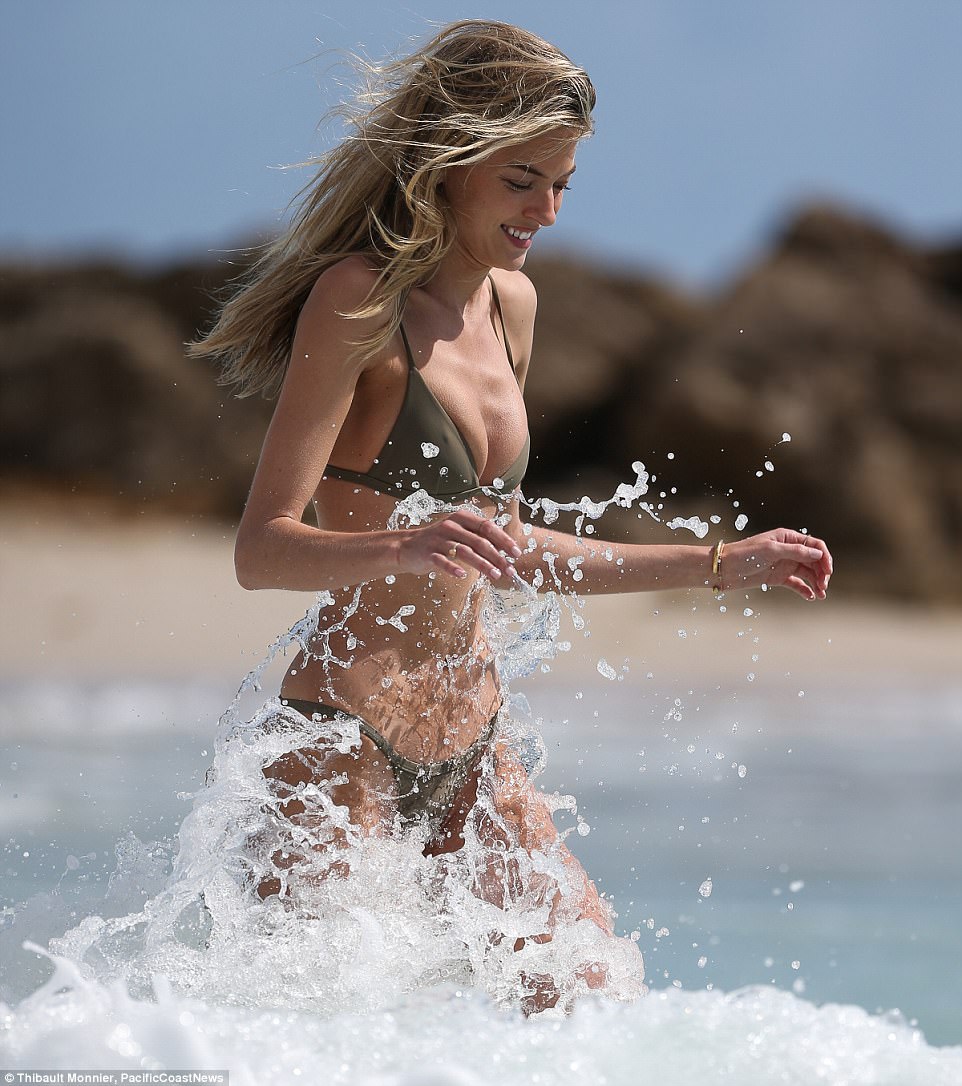 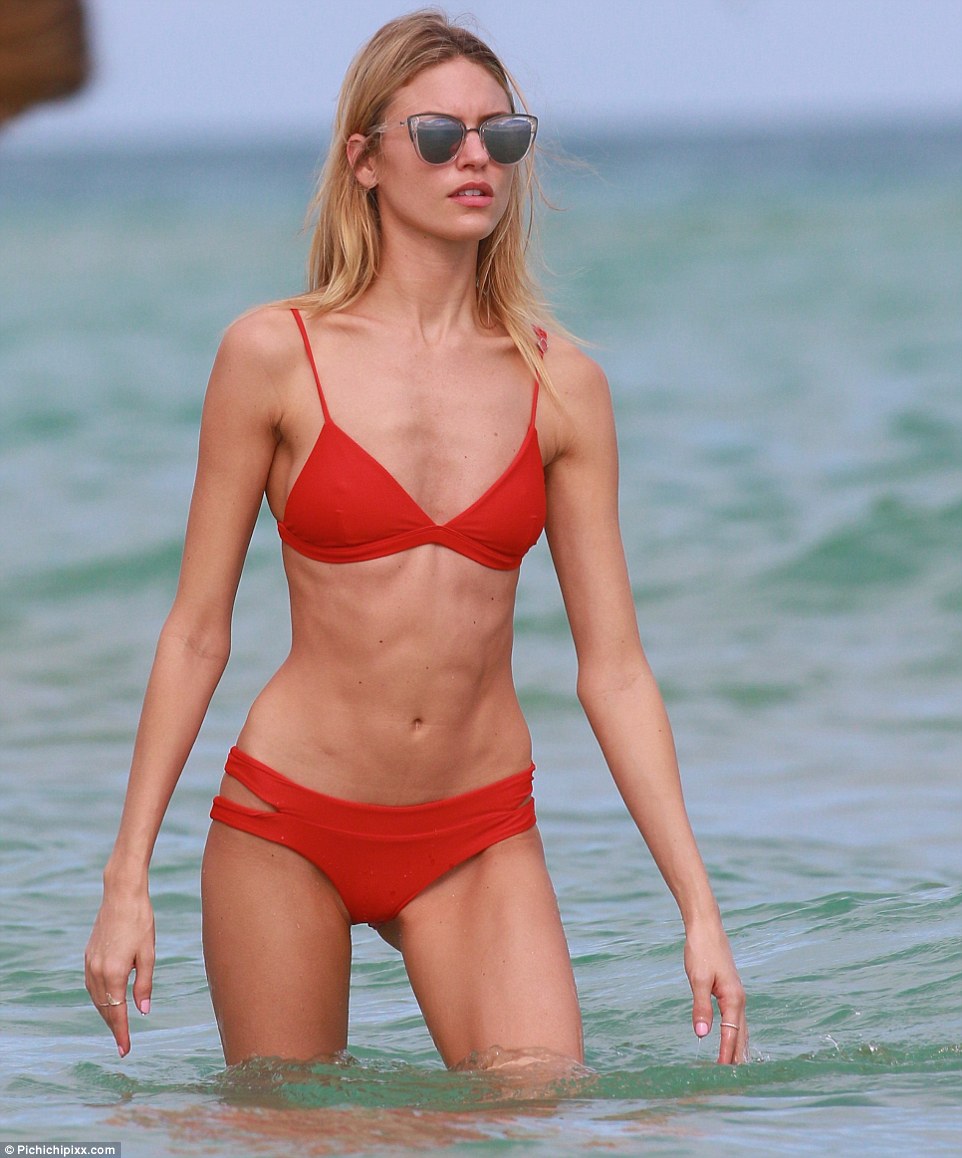 The North Carolina Angel showed her sporty side 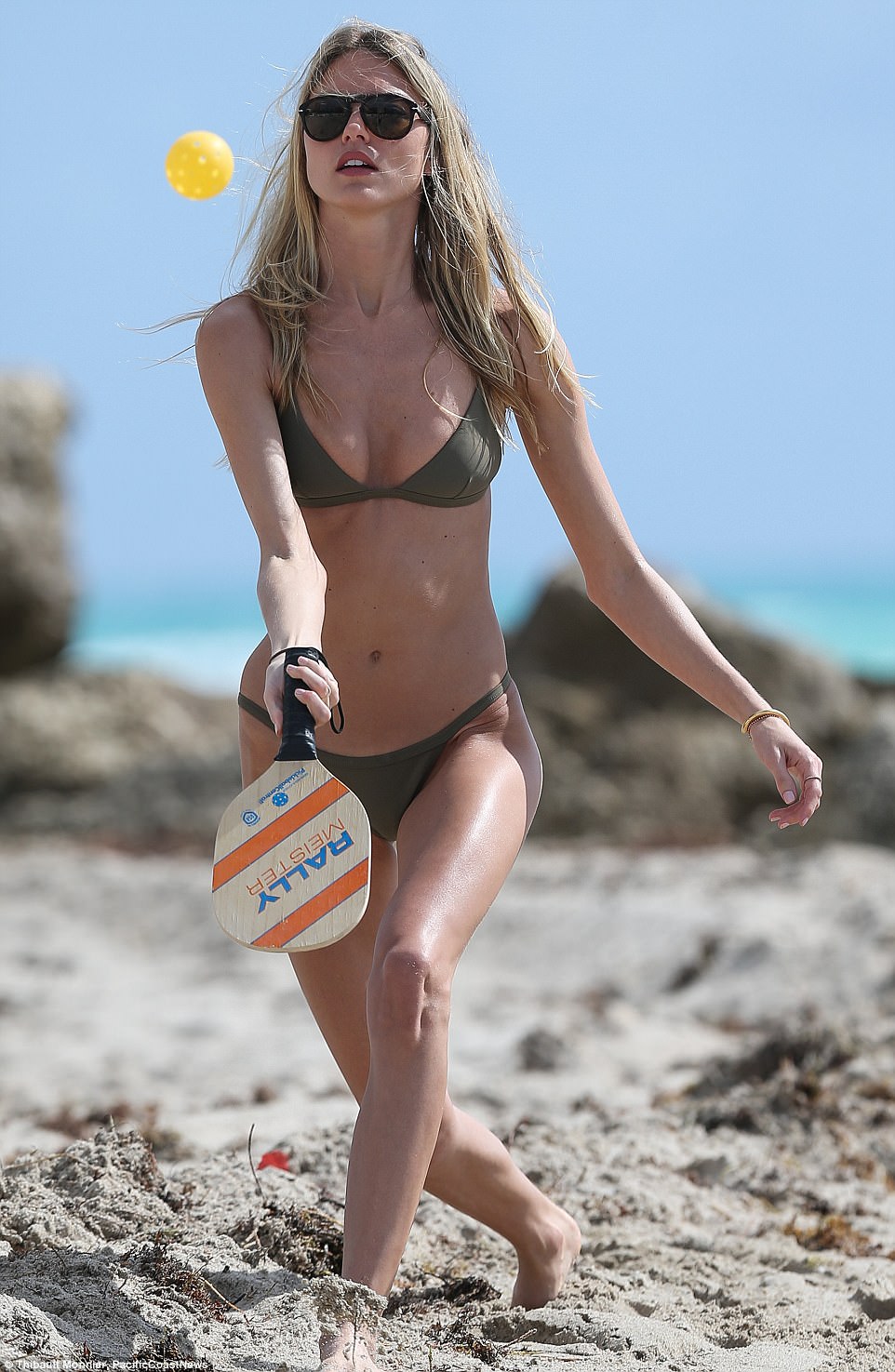 The Dolce & Gabbana model also appeared to be wearing a soft red lipstick, which is unusual for an ocean dip 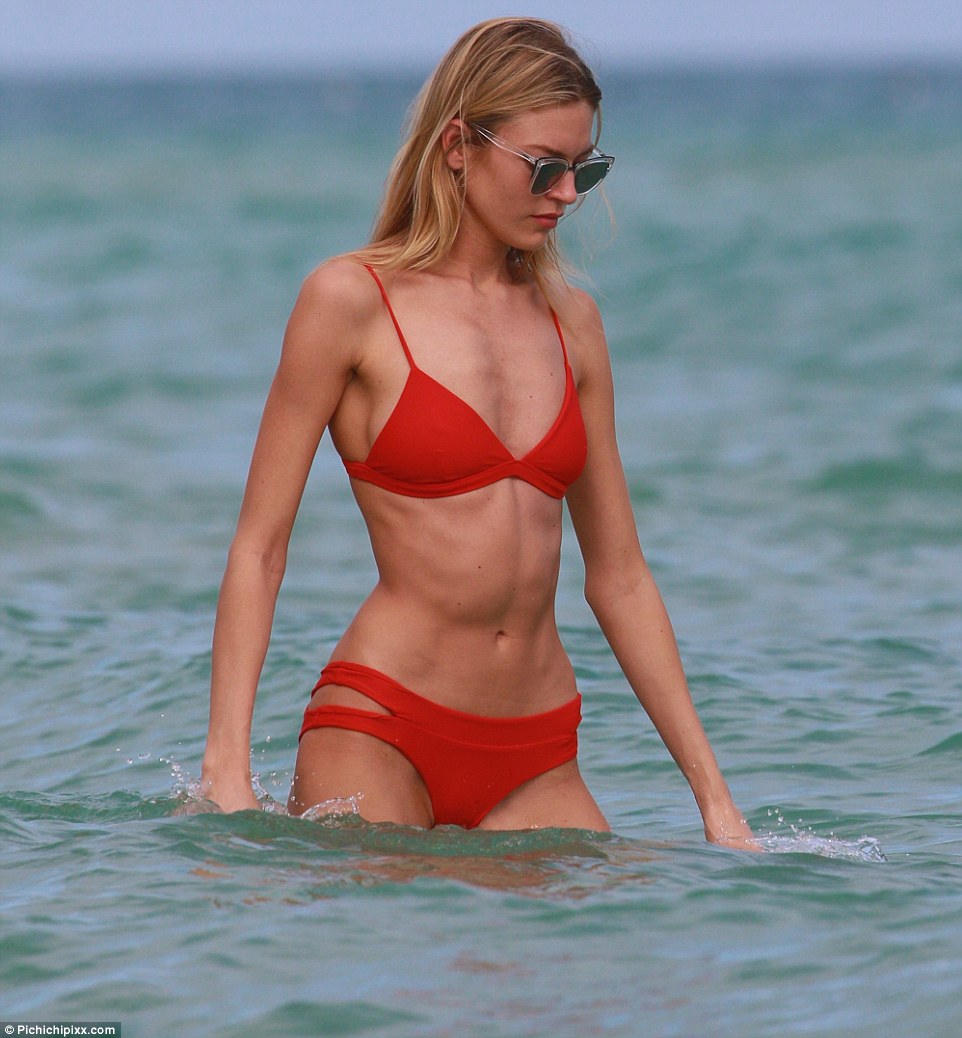 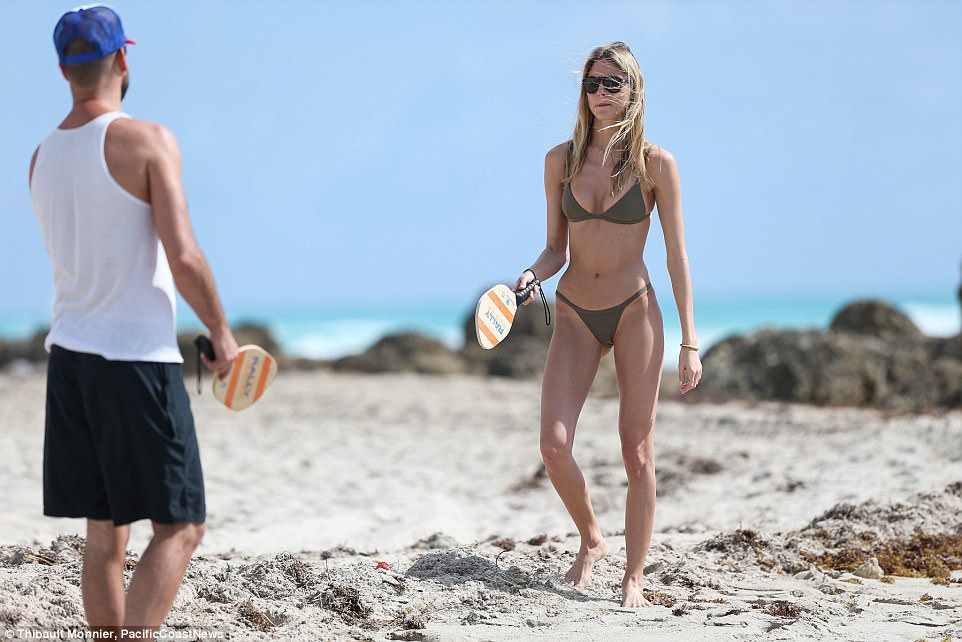 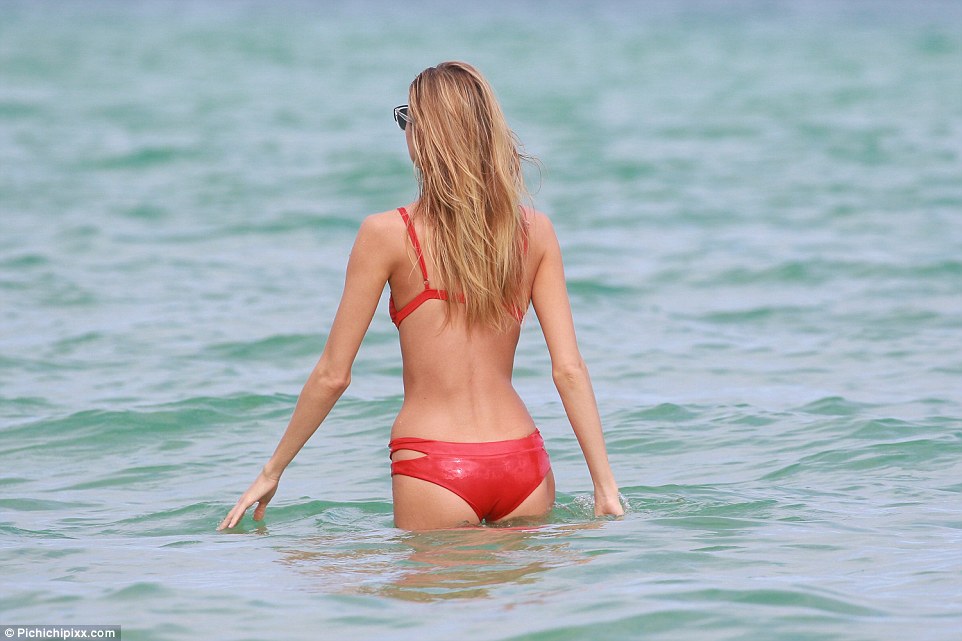 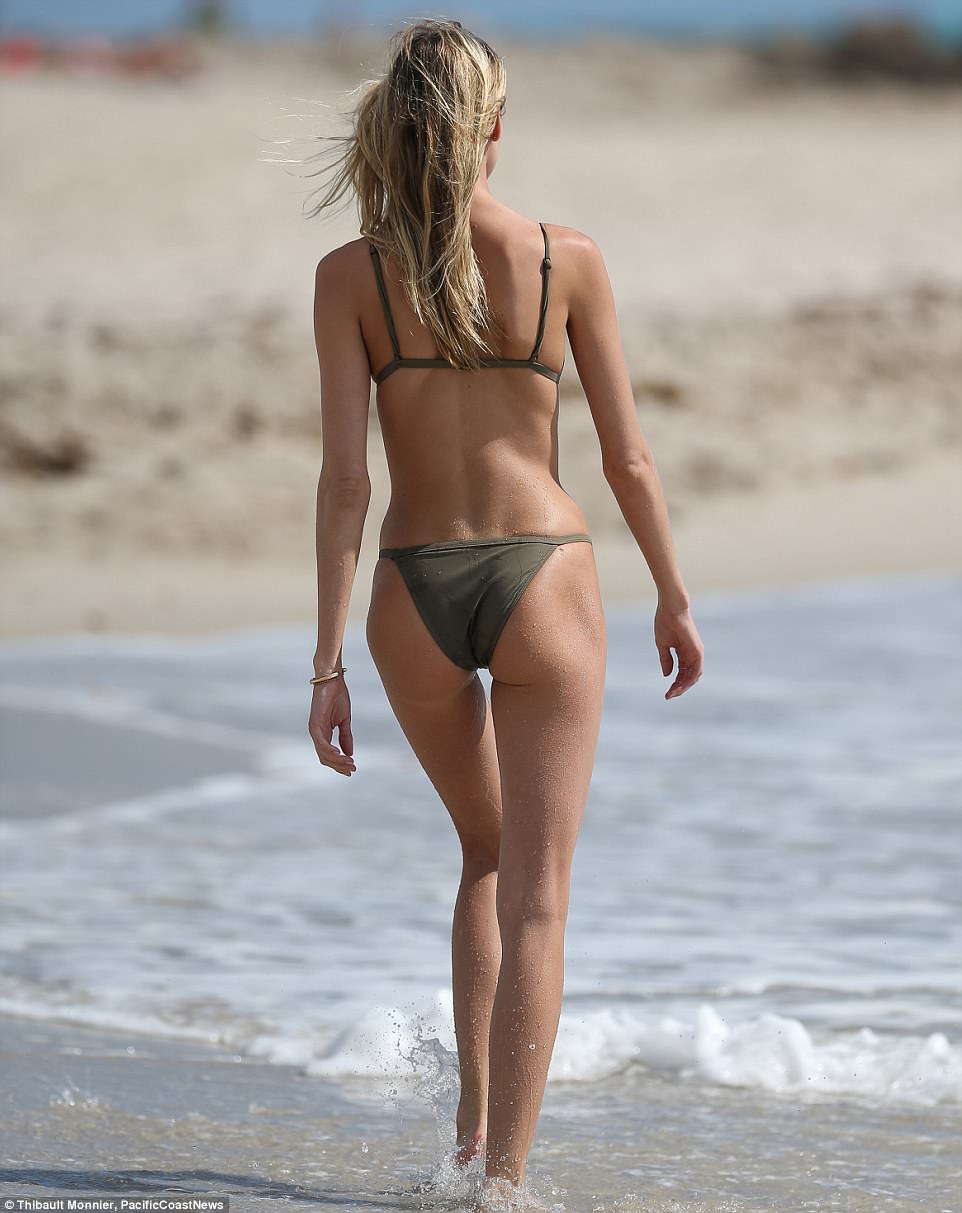 The siren had to brave mini waves as she got into the water, but it was nothing her toned gams could not take on 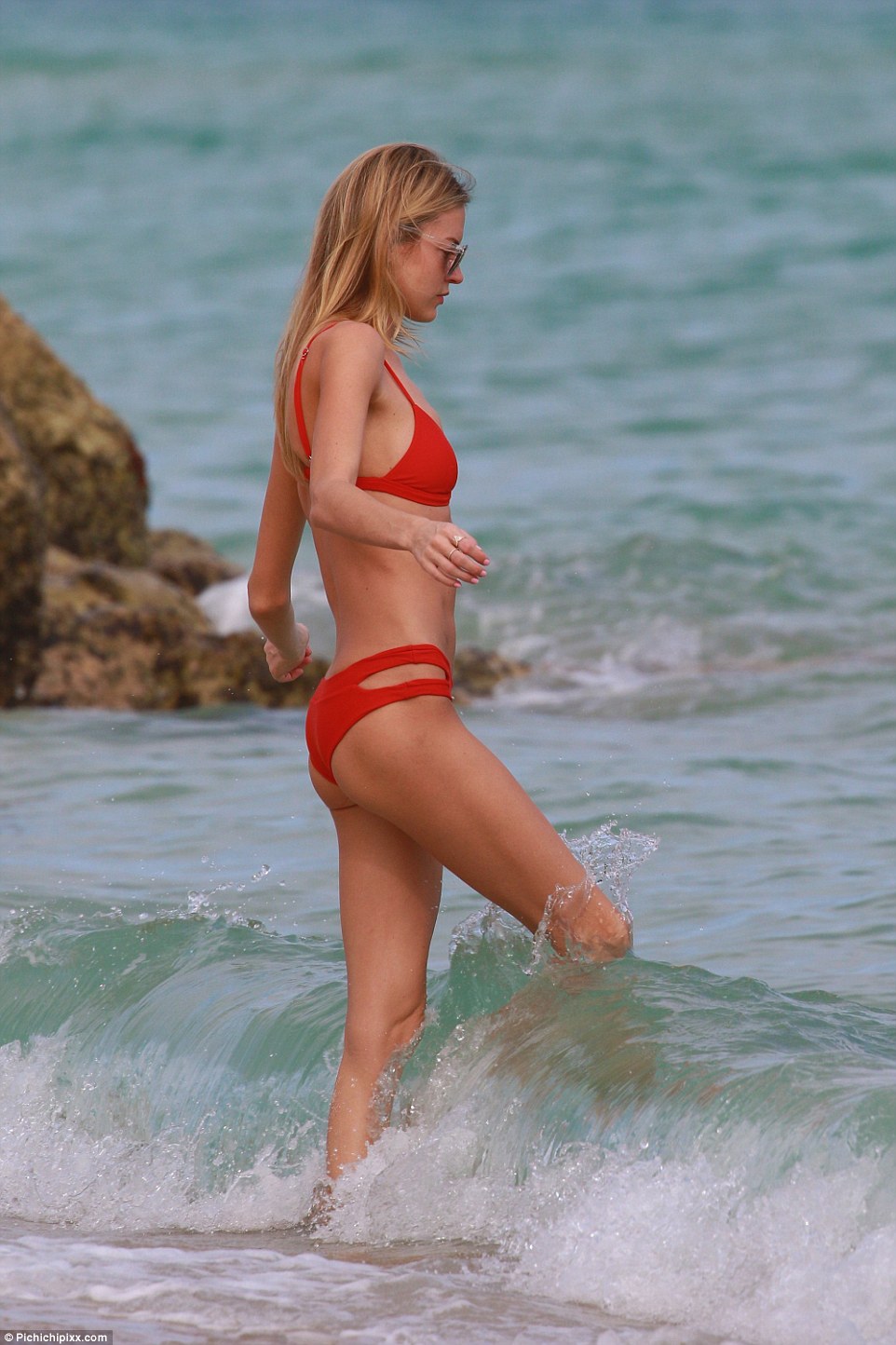