A video of a monkey carelessly wandering around inside the Delhi Metro has surfaced online, and is being widely shared by people across social media.

It is believed that humans have evolved from monkeys, and that there are a lot of similarities between the two. But, here’s a fun fact: monkeys and humans have one more thing in common – they love travelling in the Metro. Can’t believe it?

A rare sight was encountered in the Delhi Metro when a monkey got inside a train compartment – leaping around, from one bogie to another. 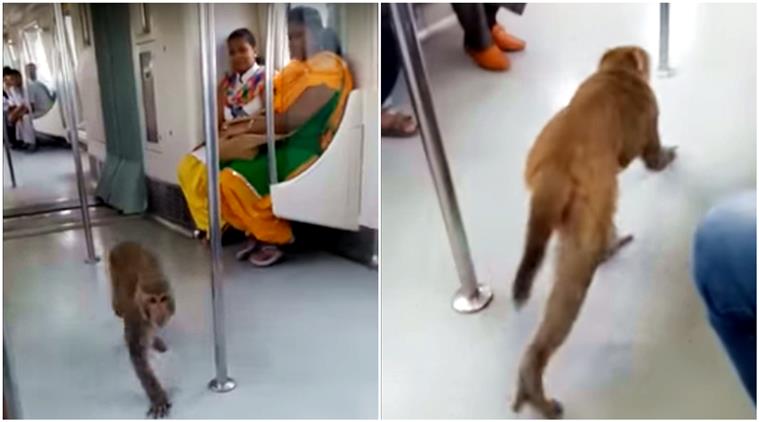 An 18-second clip has surfaced on the Internet in which the entire incident has been captured. People around the monkey seem amused and are busy cracking jokes. One of them can be heard saying, “It is traveling without a ticket!” A few others can be seen simply looking at the animal with awe.