Are you fond of real ghost stories? Did you love to watch Shh…Koi hai, Aaahat and Zee Horror Show religiously as a kid? Well, then this piece is meant especially for you.

We all enjoy listening to spooky stories but often brush them off as a creation of our imagination. And more often than not also make fun of those who believe in ghosts or get scared easily, isn’t it? Yes, we have all been there. However, there are many things beyond our capacity of reasoning that we can neither entirely believe in nor can we fully deny. India is filled with such places that fairly fit that category which entails real ghost stories that are terrifying and confusing at their best. These places with their ghost stories may or may not be real but when the locals steadfastly warn you against staying back too late, you cannot help but make an audible gulp.

We are telling you about 12 of such haunted places in India that must be visited by anyone who loves a little spook in their lives. These places with their real ghost stories may not really have something sinister hidden in their ruins but definitely have an aura about them that can put even the bravest of souls at unrest! 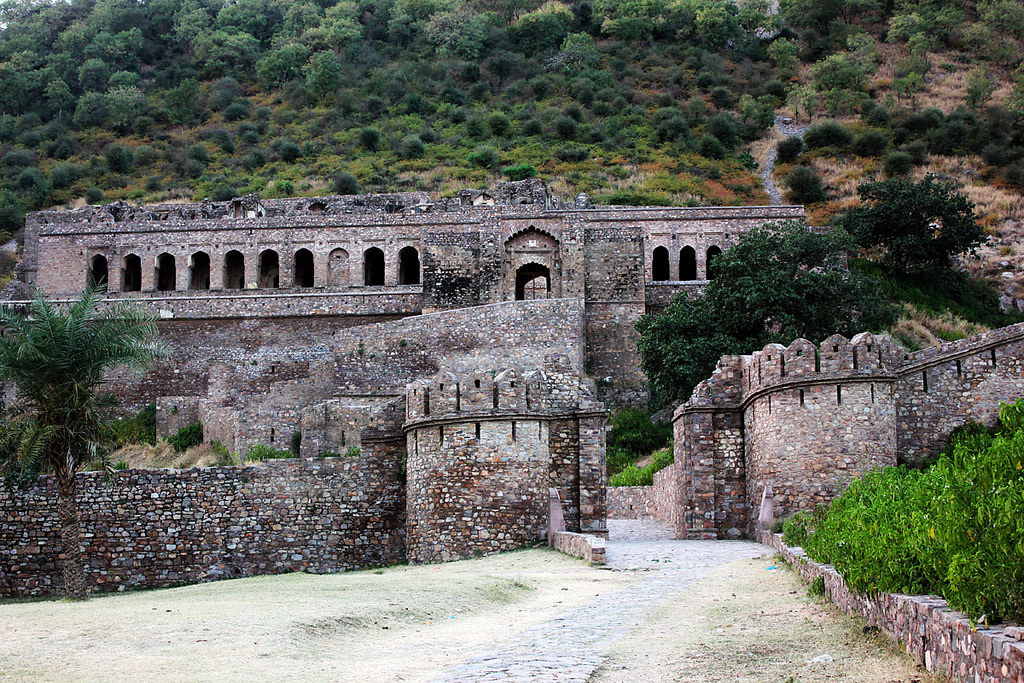 Bhangarh Fort in Ajabgarh of Alwar district in Rajasthan is the most haunted place in India. Approved by ASI, and with the multiple signs put up by the Archaelogical Society of India warning tourists not to stay in the area past sunset, are evidence enough for its haunting.

As the story behind Bhangarh Fort goes by, a tanntrik (magician) named Singhia fell in love with the beautiful princess of the region, princess Ratnavati. He tried to use of dark magic to make her surrender unto him but the princess came to know of his evil plans in time and ordered for him to be executed. However, before dying, the angered tantrik cursed the fort to let all its residents die and many villages in the area to remain roofless. Almost every house in the village thus, is roofless since then and each time it is attempted to build a roof on a house, it collapses taking more lives.

Even today the curse is believed to be as strong as ever; and if word of mouth is to be believed, the rebels who tried staying in the precinct after dark have experienced many unspeakable things!

The Dow Hill Girls’School and Victoria Boys’ School, both in Darjeeling, are believed to be extremely haunted. Though still functioning, these schools are rumoured to have echoing voices of footsteps along its corridors, after the school hours.

The locals have even seen a headless boy near the premises, walking into the woods. Dare to share a lesson or two with the ghosts of kids? 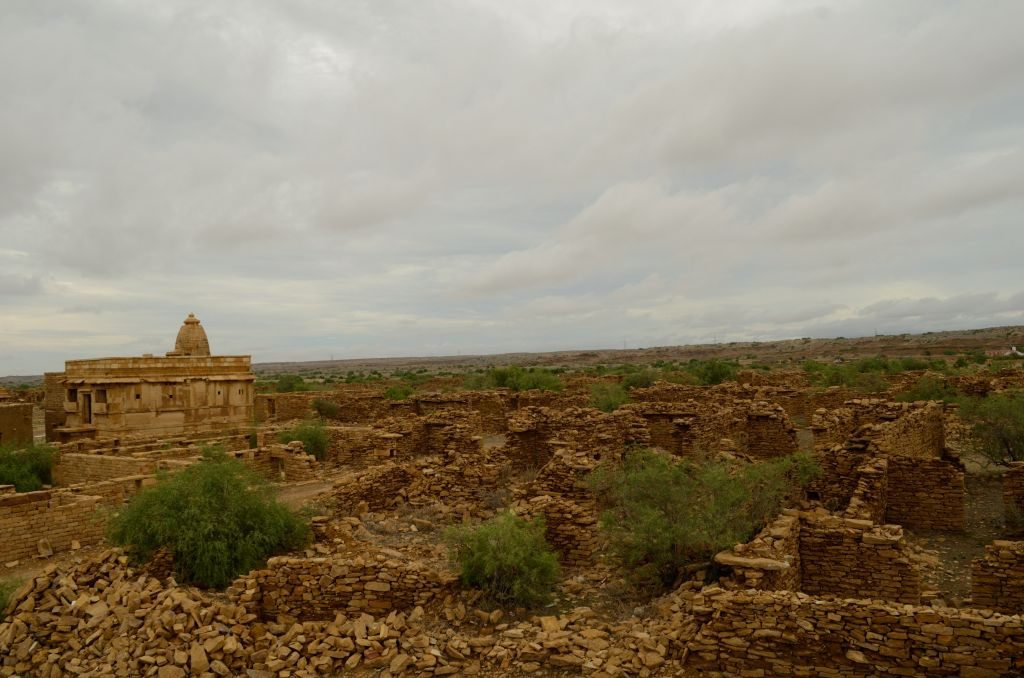 Kuldhara is another haunted place in Rajasthan that draws in quite many tourists in search for thrill with a twist. The village has a history dating back to the 19th century. The village which was established by the Paliwal Brahmins was a bustling village with sprawling trade and agriculture. Once the despot minister of the region, Salim Singh fell in love with the daughter of the village chieftain and threatened the villagers that if they do not marry her to him, he would levy heavy taxes on them. The villagers who wanted to protect the girl’s honour, saw no alternative than to abandon the village. And so in the dark of the night all 83 villages of the state stealthily left their homes never to be heard of again. It is surprisingly scary to even imagine how can thousands of people vanish in thin air overnight. But that’s not all, before they left, the villagers also cursed the region to never be inhabited again, and so it has been since!

4. Tunnel No. 33 on Shimla-Kalka Railway Line 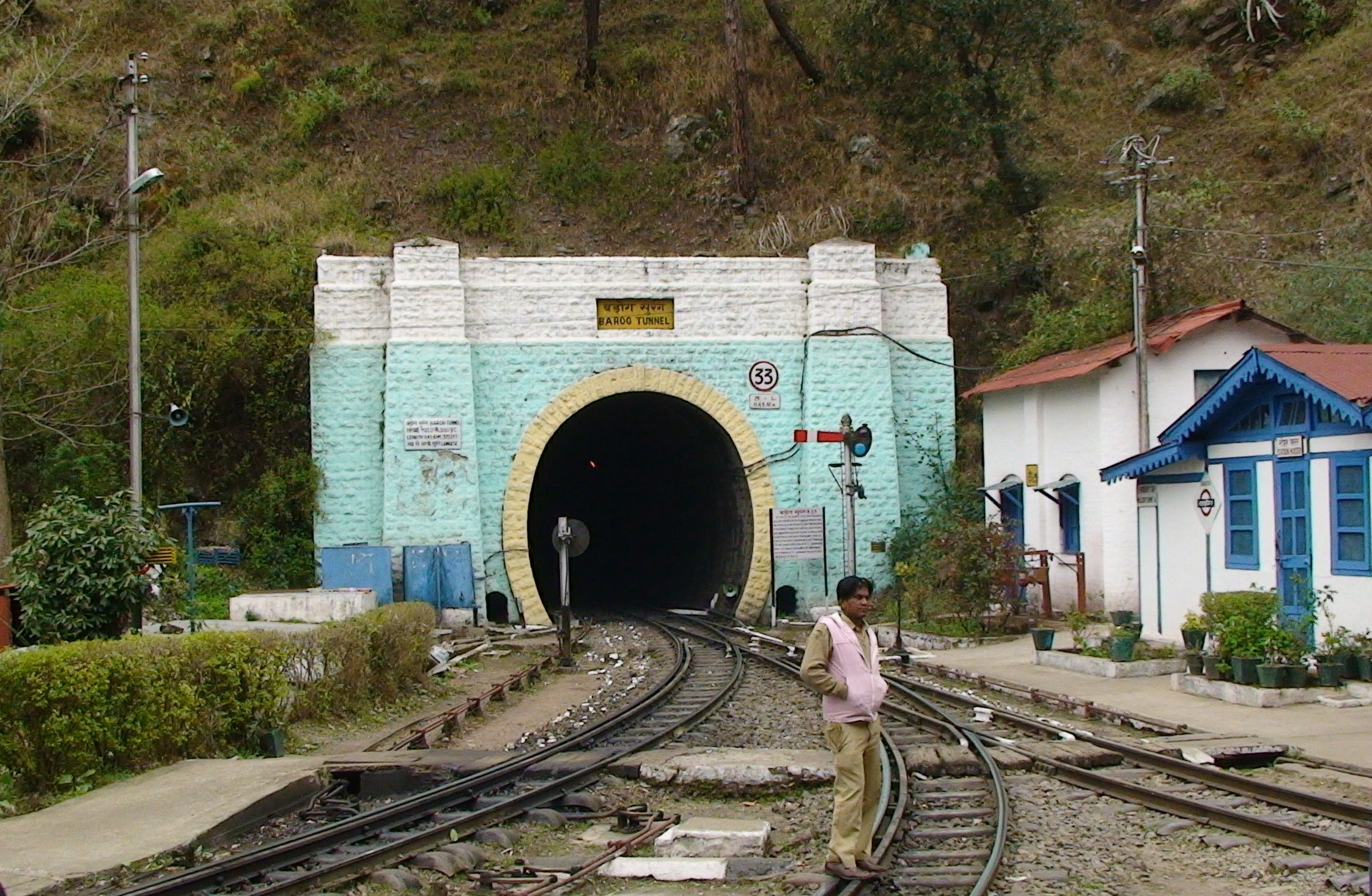 Tunnel No. 33 along the Shimla Kalka train route ranks among the most haunted places in India. As the story behind it goes, a British engineer by the name Captain Barog was in charge of the construction of this tunnel but failed to uphold his responsibilities well. As a result, the British government fined him and so, out of humiliation he committed suicide. Since then his spirit is said to be roaming in the tunnel. However, the ghost of Captain Barog is friendly and often talks to people who see him.

But that’s not all. The tunnel perhaps really is the pathway to the other side, for people claim to have also seen a screaming woman running into the tunnel and disappearing!

What looks like any other chawl in Mumbai from the outside, D’souza chawl is in fact the sempiternal home of an unfortunate woman who lost her life in its yard. The lady was a resident of D’souza chawl who accidentally fell in a well situated in the premises. Crying for help the fateful fall killed her, dooming her to live here for eternity.

Evidently this is a real ghost story since many people reported to have seen her ghostly apparition wandering around the same well and in the nearby areas. 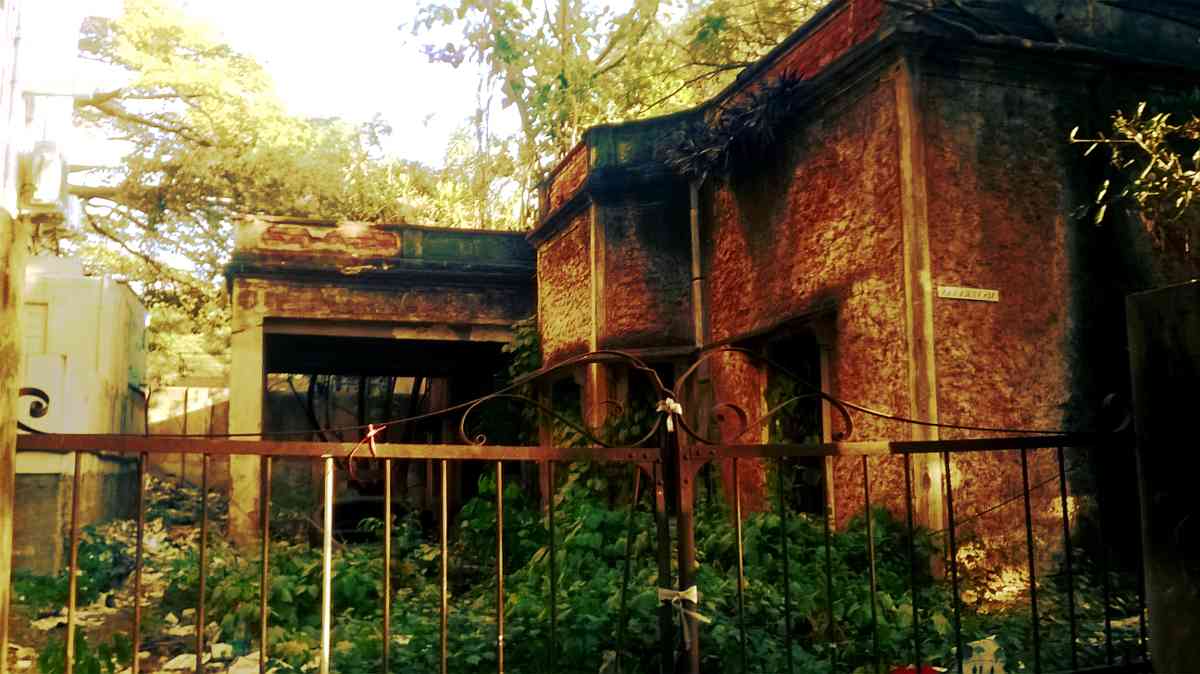 One of the major real ghost stories, the bungalow in Hyderabad’s Kundanbagh is nothing short of spook affair to turn you white as sheet. The story tells of a thief who broke into the house one night to find three dead bodies. Scared out of his wits, he ran to the nearest police station to relate what he saw. The forensic report estimated the deaths to have occurred 3 months prior to the break in.

12 Most Haunted Places in India that Turn Ghost Stories Real
But what’s shocking is that, when the police investigated in the neighbourhood, they were told that the mother and her two daughters who lived in the house were seen in the their home’s balcony until recently. In fact, they saw them light candles only a day before their bodies were discovered! 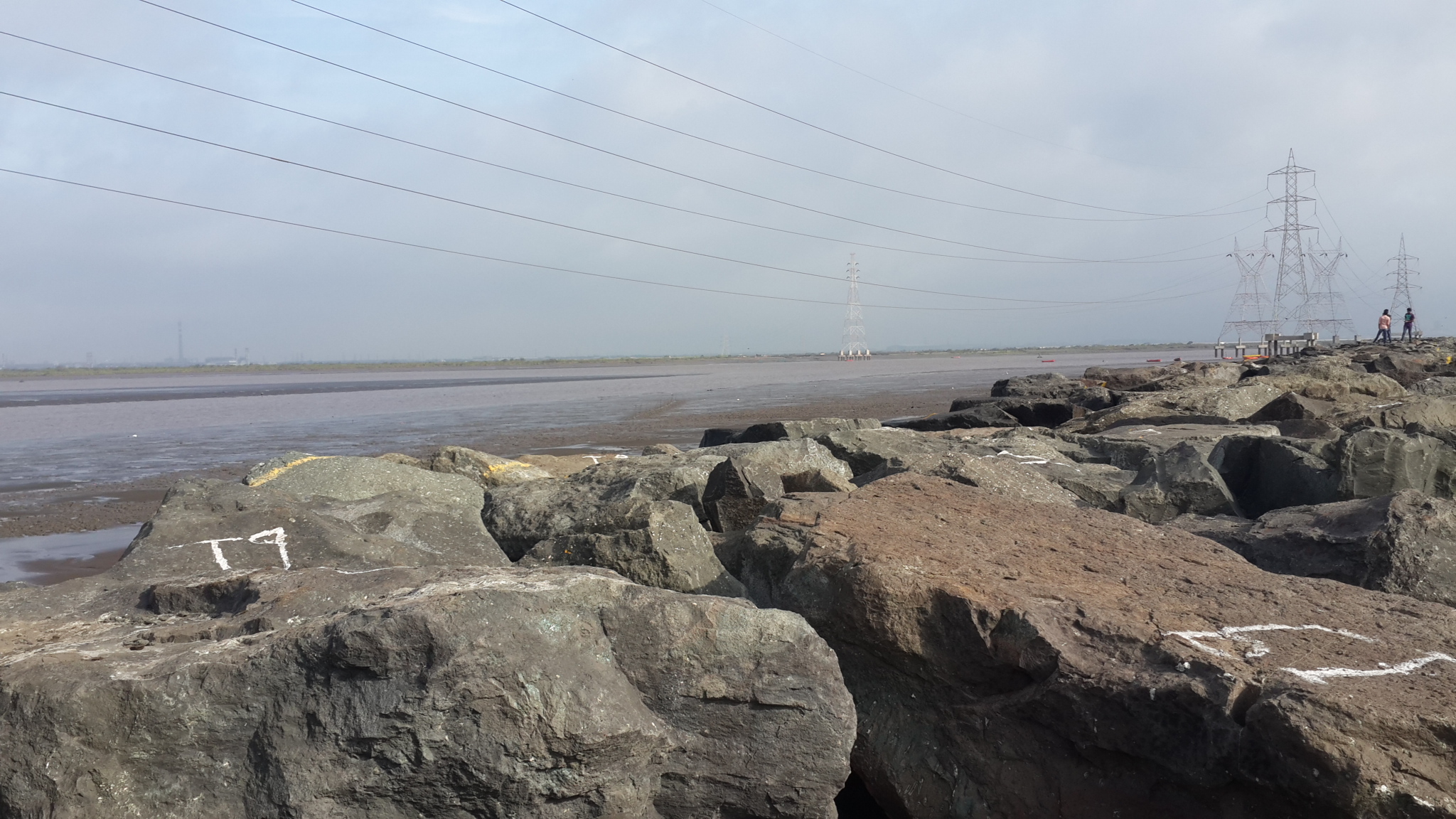 The beach located along the coast of Arabian Sea is known for its beautiful black sand, tranquility and blood curdling paranormal activities! It is said about the place that it is an ancient burial ground, serving as the resting place for the tortured souls.

Some chilling incidents of people disappearing into the dark night and strange voices being heard have come forward from a few of the people who dared to visit the beach. The rest? Their midnight stroll is the last thing they would ever do. 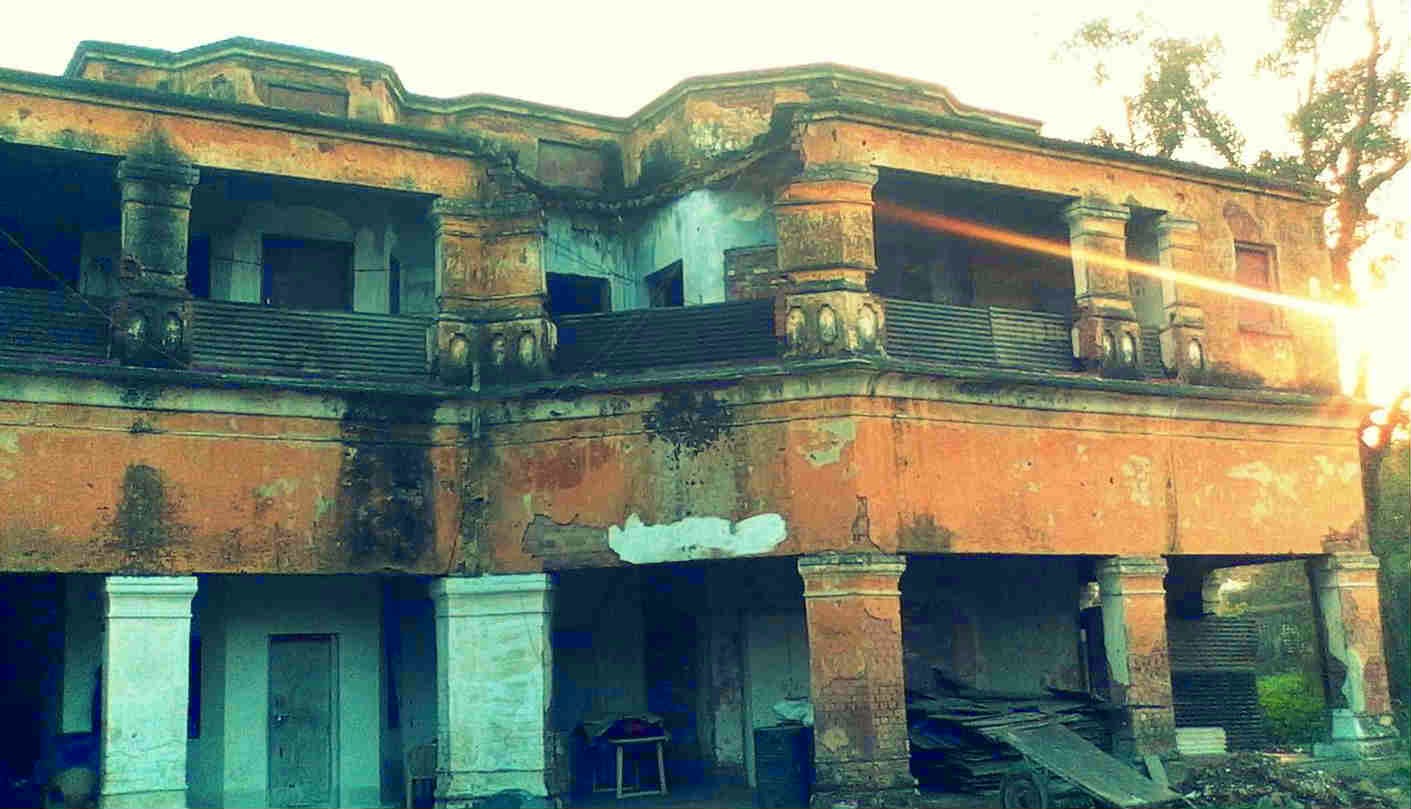 If you thought ghosts are dull and bored souls destined to remain so until the end of the time, you need to visit GP Block in Meerut. The ghosts here are the happy go lucky souls who engage in merry making even after death. While the men sit just outside the building drinking, the women folk dress beautifully in red. And as soon as you take a step to join the hearty crowd, poof! the group vanishes away! To make matters eerie still, the people around are habitual of the sight and none of them has the single idea of who these people are. 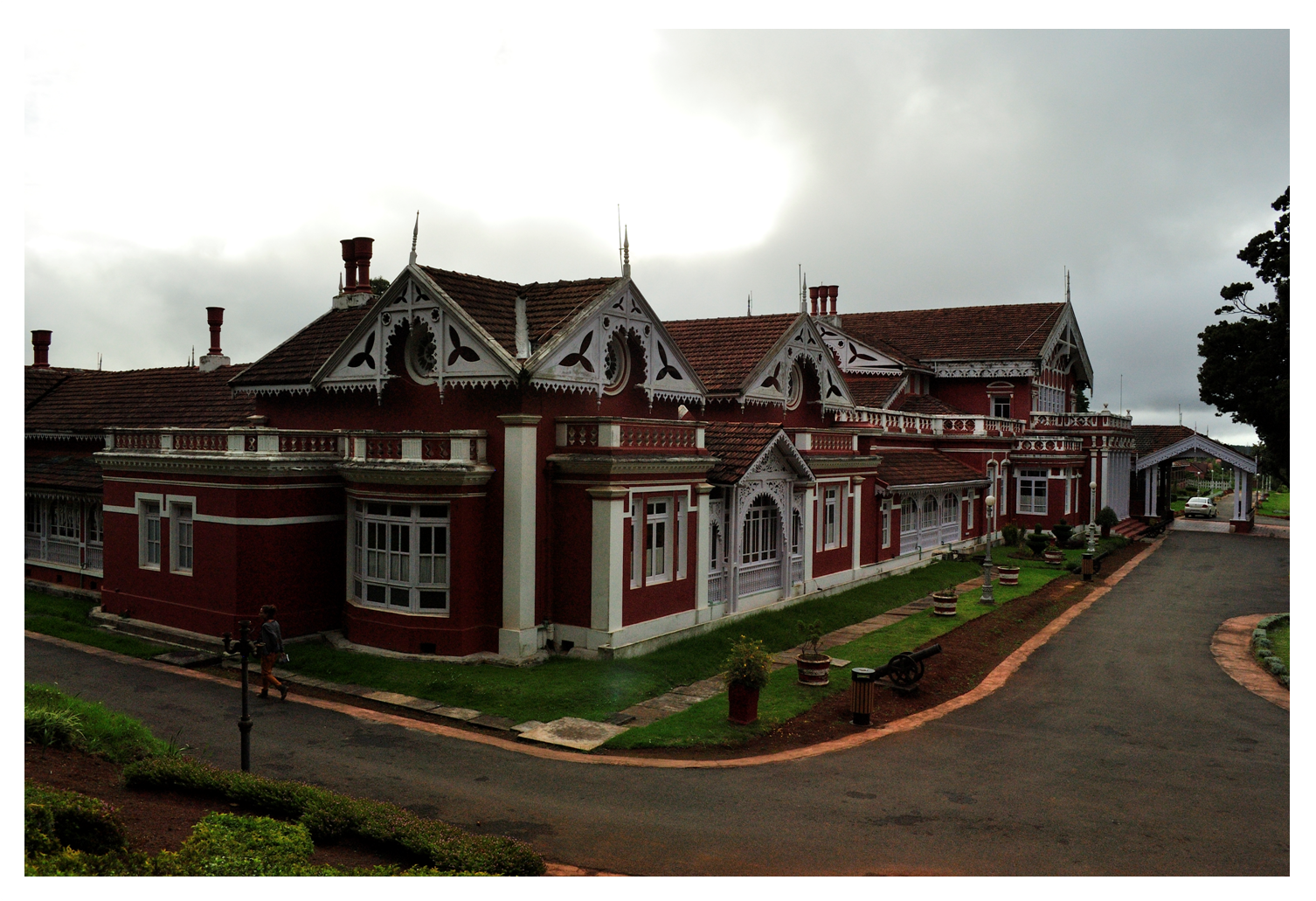 The ironically beautiful hotel found its place in limelight with the Bollywood movie- Raaz. The extent of its frights is so intense that the hotel has long back been completely shut down. During the shooting of the movie, Choreographer Saroj Khan and the rest of the crew were woken up one night with loud noises of shifting furniture on the floor above them. They tried to contacting at the reception but found the telephone line dead.

The next morning when they inquired about the incident, a chill ran down their spine when the receptionist told them, the hotel only had a ground floor. 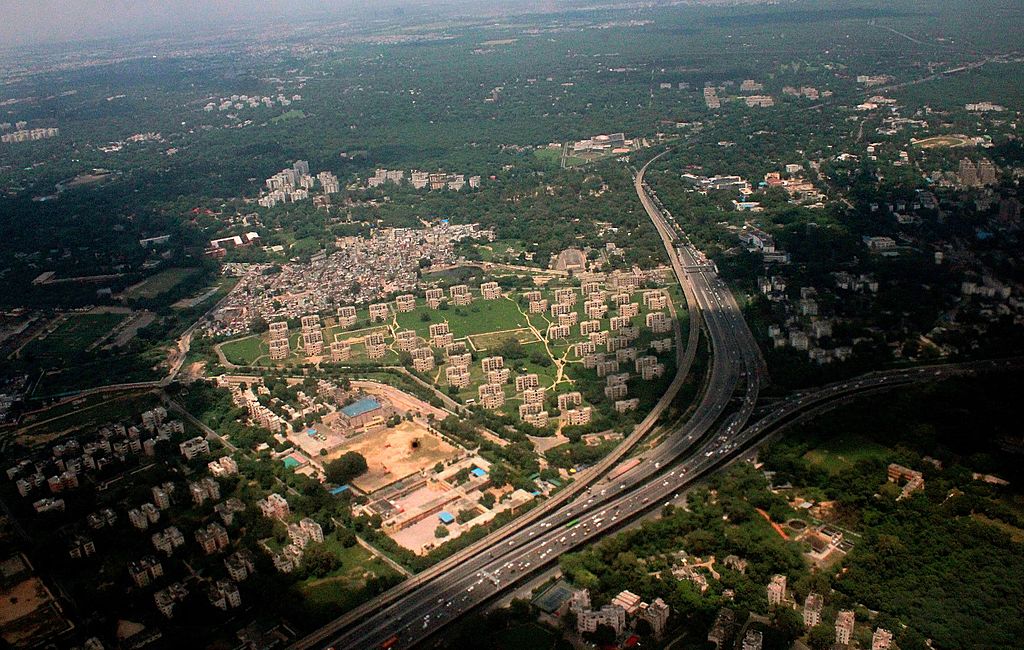 Clean, green and peaceful, Delhi Cantonment area is just like any other place by the daytime. But by the nightfall, the place adopts an eerie persona enough to scare the hell out of any brave heart. And no, we are not just referring to the spooky shadows formed by trees or the secluded road. The locals and many passerby often claim to have seen a sari clad woman in the vicinity asking for a lift. And if the appearance of a woman out of nowhere and her walking on the lonely road doesn’t shake your insides, then hear this- when refused to offer a lift or on ignoring her, she chases the vehicles at staggering inhuman speeds! 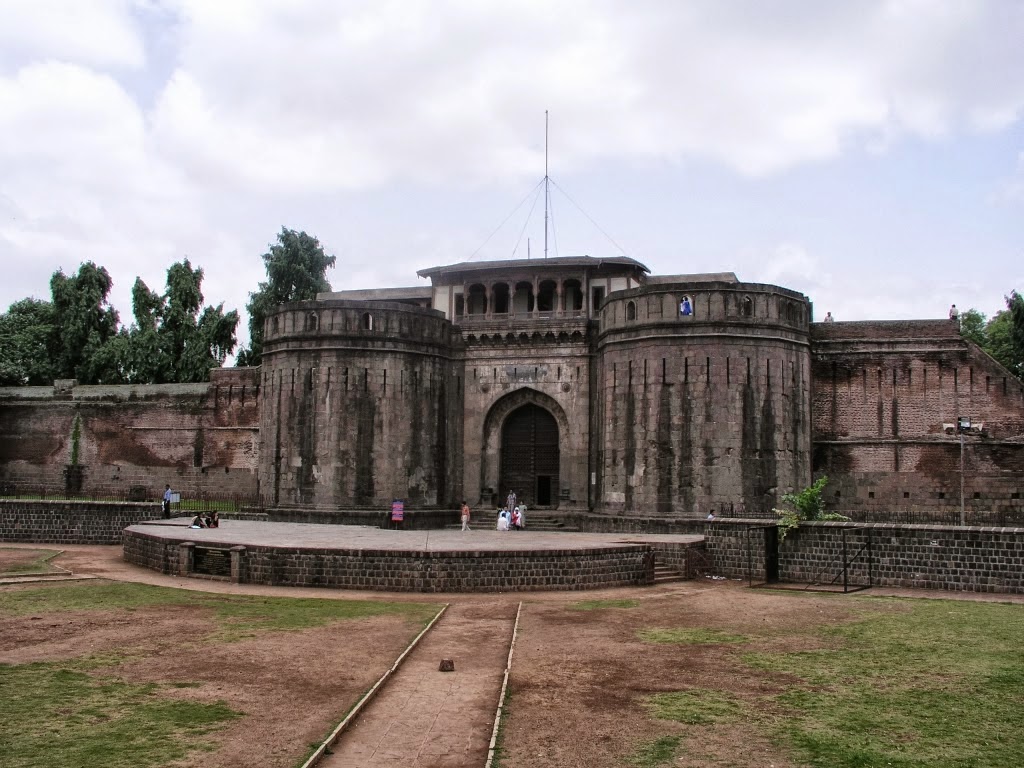 There is something with old deteriorating buildings and ghosts. Both are inseparable. One such instance is seen at Shanirwarwada Fort of Pune. People have heard heart wrenching cries in the deserted fort as the night falls. As the legend goes by, these cries belong to the young Peshwa prince, Narayana. The prince who was the heir to the throne was brutally murdered when he was just 13 years old. The halls of the fort seem alive with his shrieks of fear and pain as he calls out to his uncle to come and save him. People actually camp near the fort just to hear the young prince’s cries from beyond. Extremely freakish yet sad indeed. 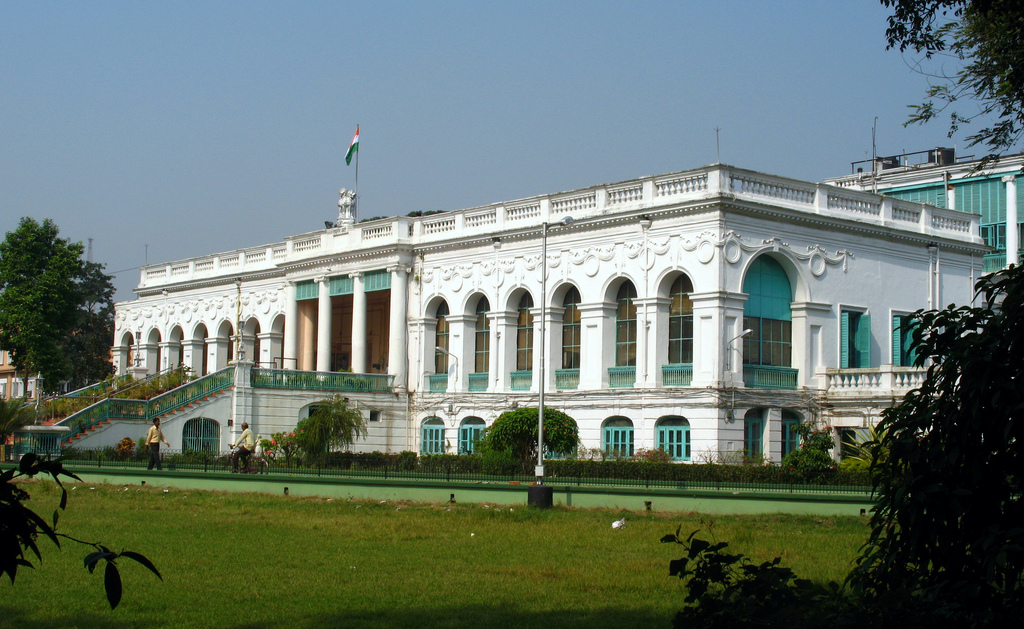 The National Library of Kolkata is famous for two things- its vast collection of books and real ghost stories lurking within its walls to give its victims a taste of horrific reality. While renovating this haunted building, as many as a dozen labourers lost their lives in the myriad unfortunate ‘accidents’ here. And if you think losing life during the risky business of construction isn’t all that hair raising, what would you say to the fact that many students lost their lives searching for books along its long shelved lanes?

Guards often deter taking up night shifts here and the locals claim to hear the Governor’s wife walking in its vacant corridors after nightfall. Several people have succumbed to ill-fated unnatural deaths within its walls. But if you are brave enough to face the supernatural or foolish enough to invite your ultimate doom, be a guest of this bloody library.