Home » 23 Of The Most Powerful Pictures That Tell A Story

Most of the time we post happy, uplifting, beautiful images, but this post is a collection of raw, powerful, and unforgettable photographs that tell the story of heartbreak, compassion, wonder, triumph, despair, and pure joy.

Here are the most influential, striking, and beautiful pictures that tell a story. 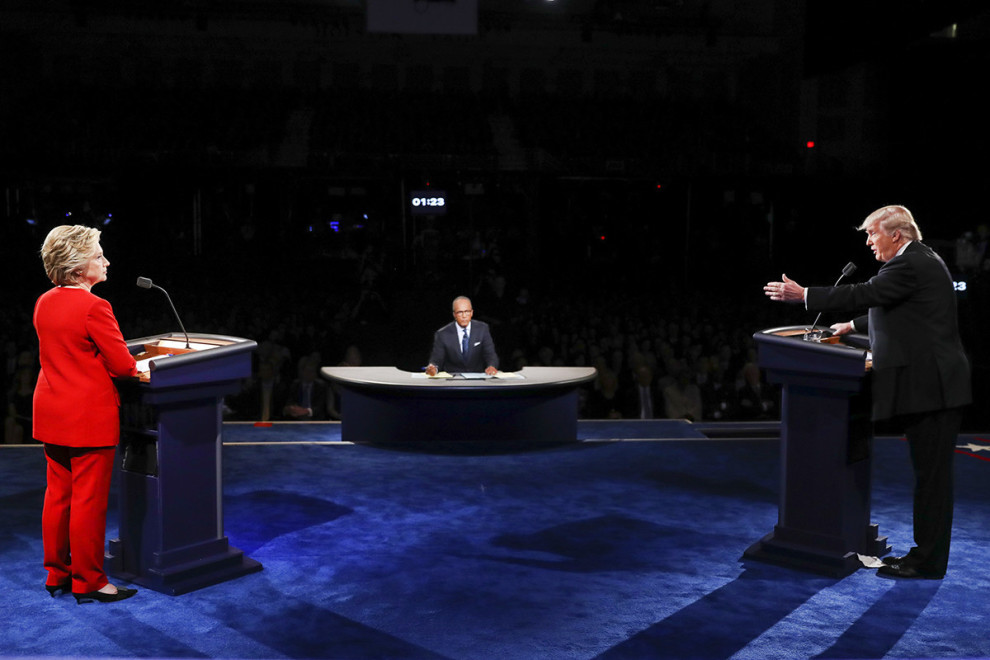 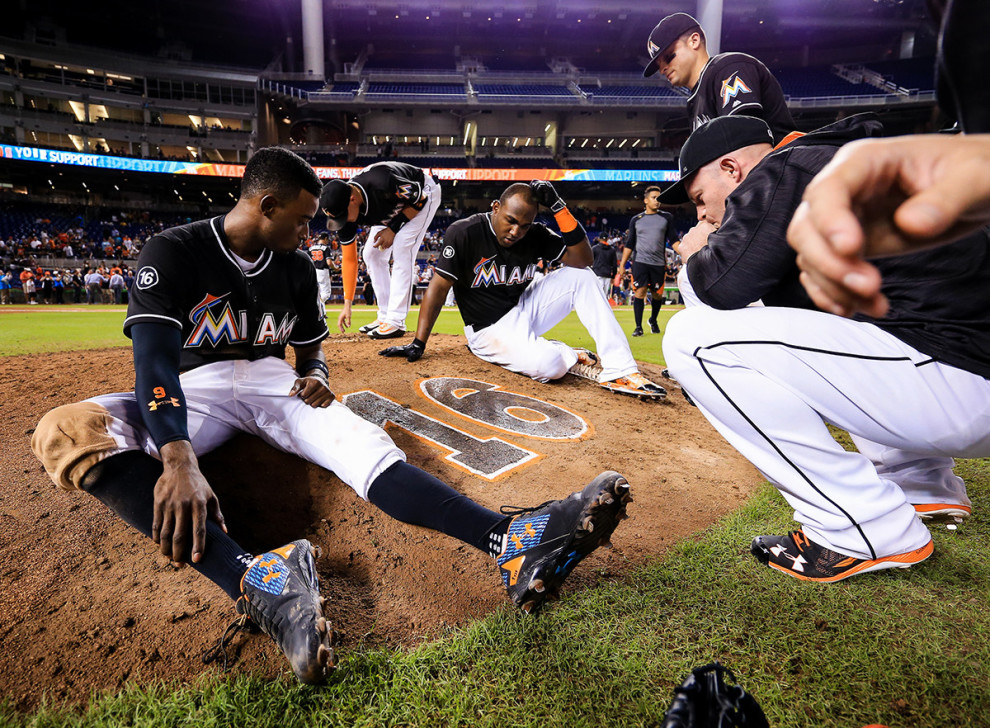 Dee Gordon, Marcell Ozuna, Martin Prado, Marcell Ozuna, and Miguel Rojas of the Miami Marlins gather around the pitching mound after the game against the New York Mets at Marlins Park in Miami, Florida. The #16 on the mound was placed in memory of Marlins ace Jose Fernandez, 24, who was killed in boating accident this past Sunday morning. By Rob Foldy

3. Tears Stream Down The Cheeks Of The Daughter Of Alfred Olango 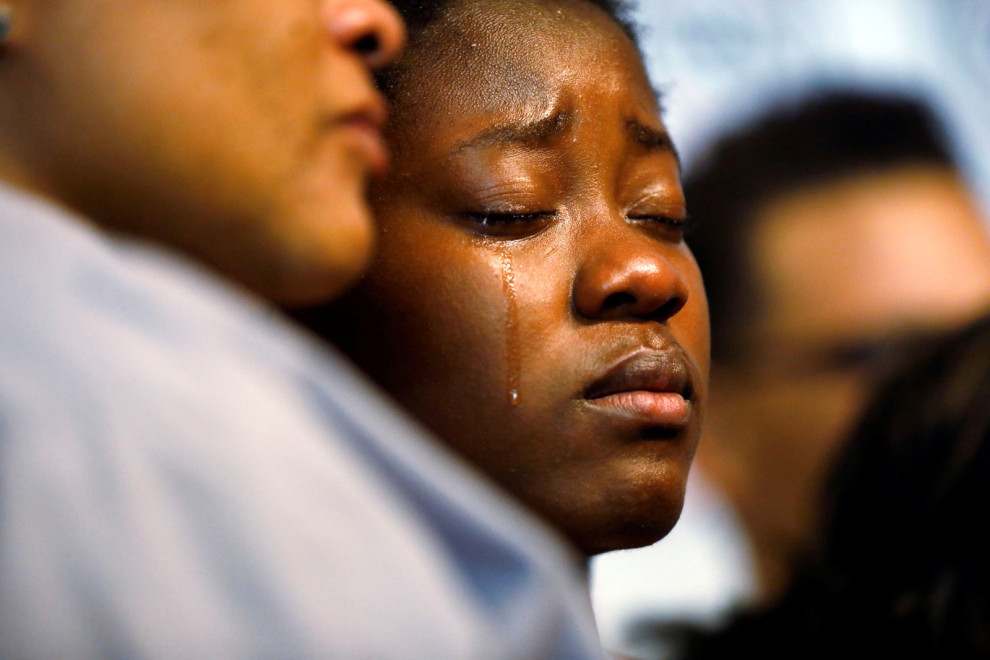 Tears stream down the cheeks of the daughter of Alfred Olango, while she is embraced by her mother after the loss of her father who was shot by El Cajon police on Tuesday, as the family gathers at a news conference in San Diego, California.By Patrick Fallon 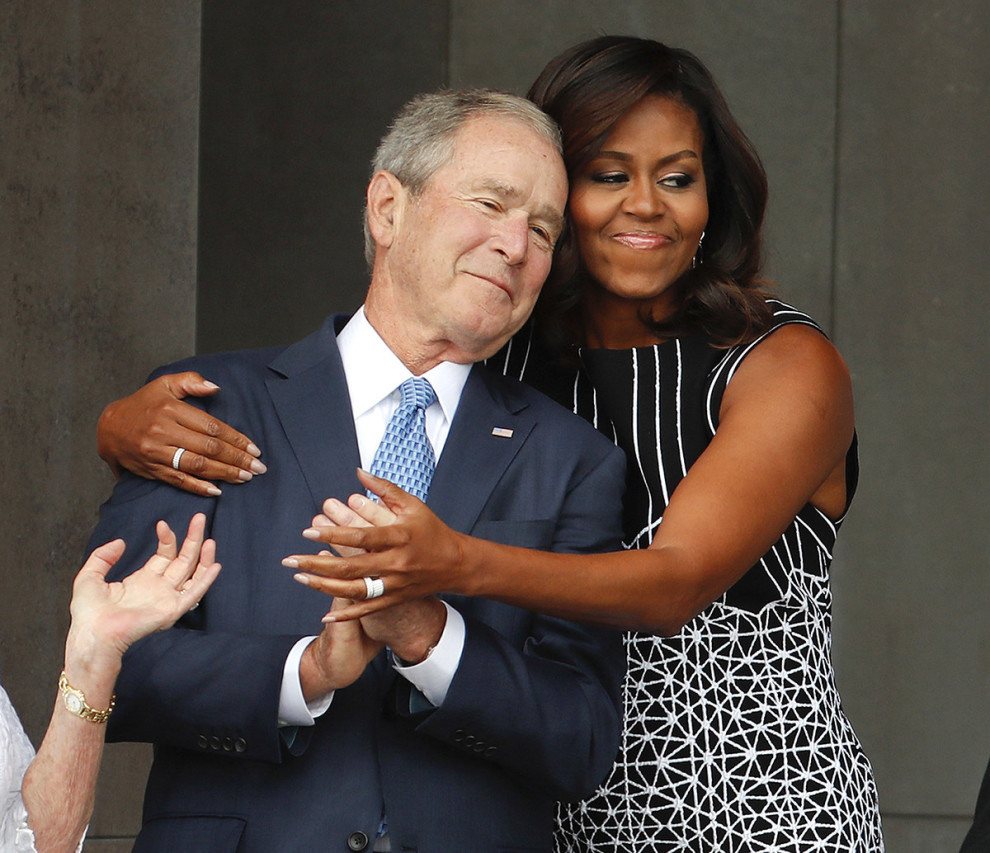 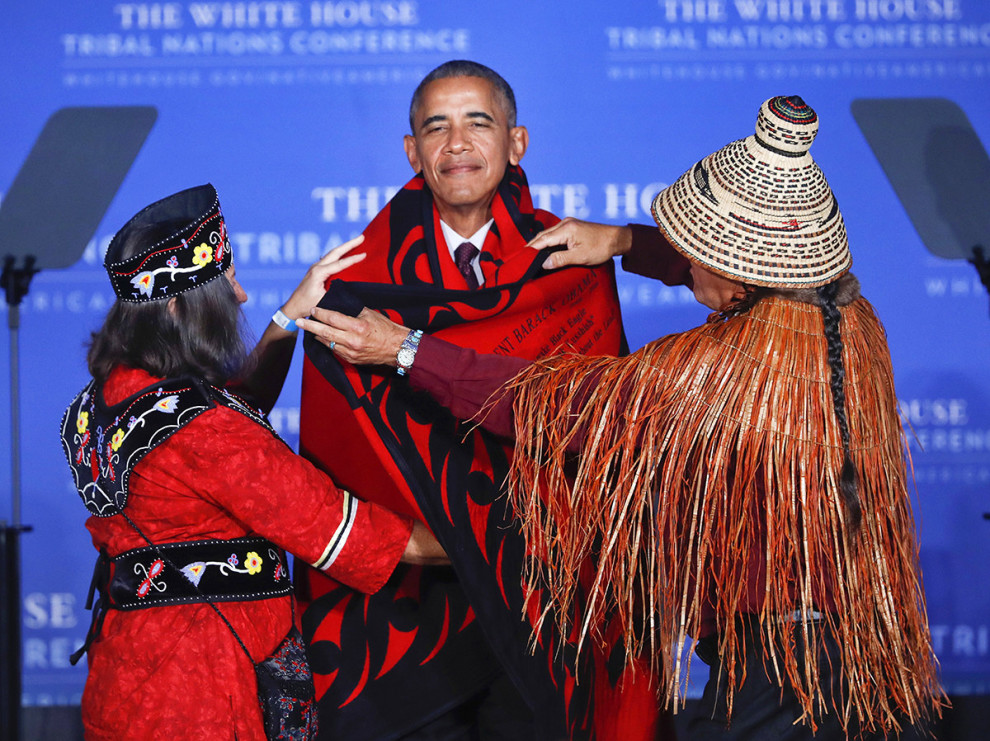 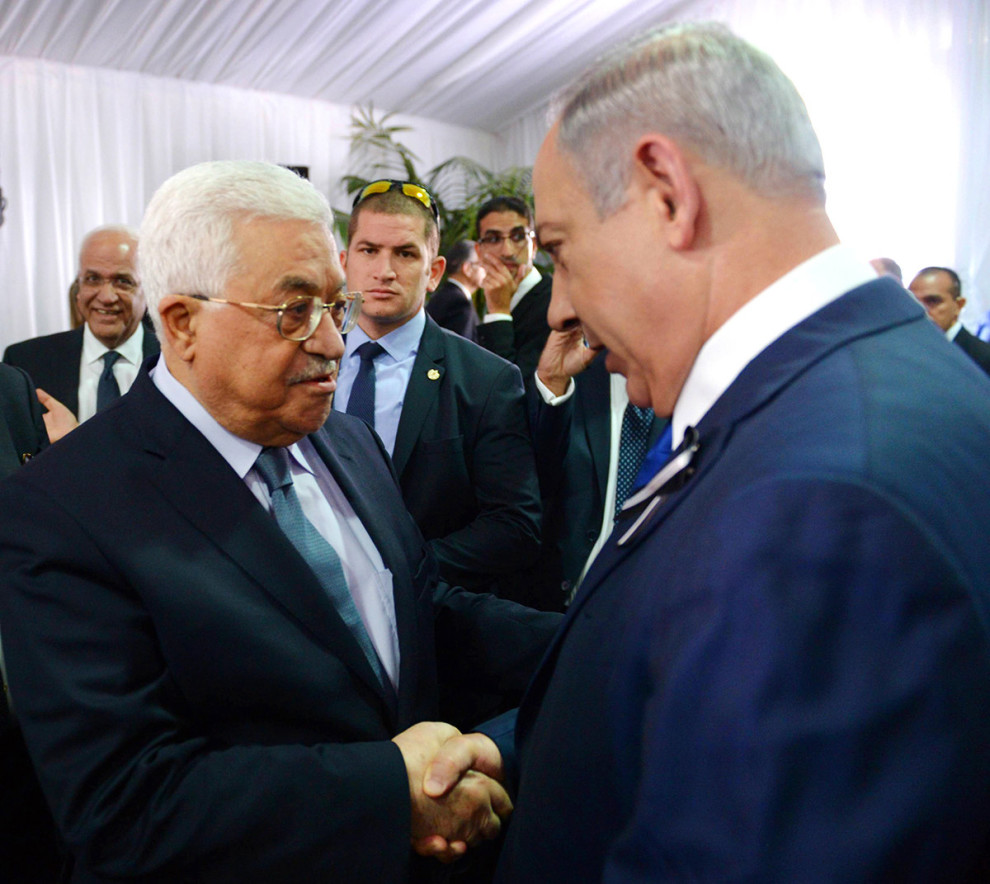 7. A Palestinian Boy Stands Between Militants 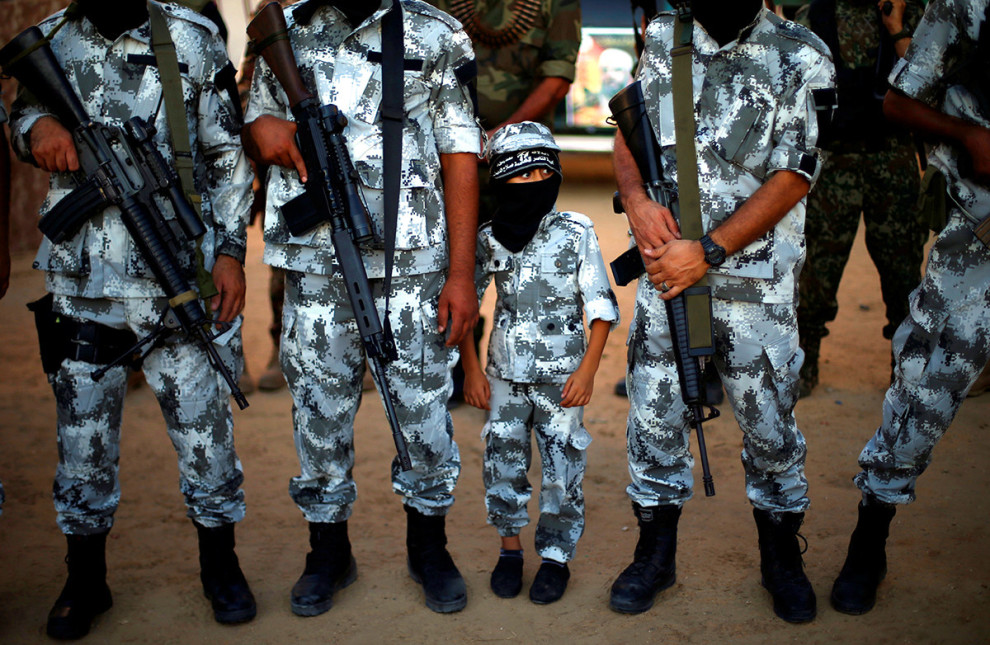 A Palestinian boy stands between militants of the Popular Resistance Committees during a military parade in Rafah in the southern Gaza Strip.By Suhaib Salem

8. An Farc Rebel Poses At The 10th Guerrilla Conference In The Remote Yari Plains 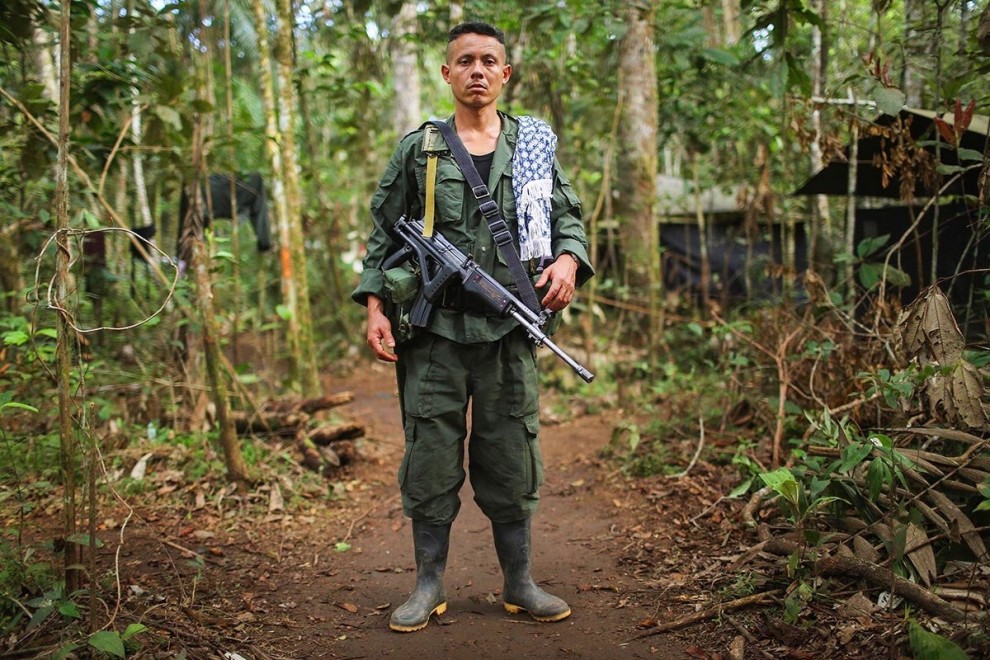 An FARC rebel poses at the 10th Guerrilla Conference in the remote Yari plains, where the peace accord was in the process of being ratified by the FARC in El Diamante, Colombia. The peace agreement, which eventually was ratified, attempts to end the 52-year-old guerrilla war between the FARC and the state, the longest-running armed conflict in the Americas which left 220,000 dead.By Mario Tama 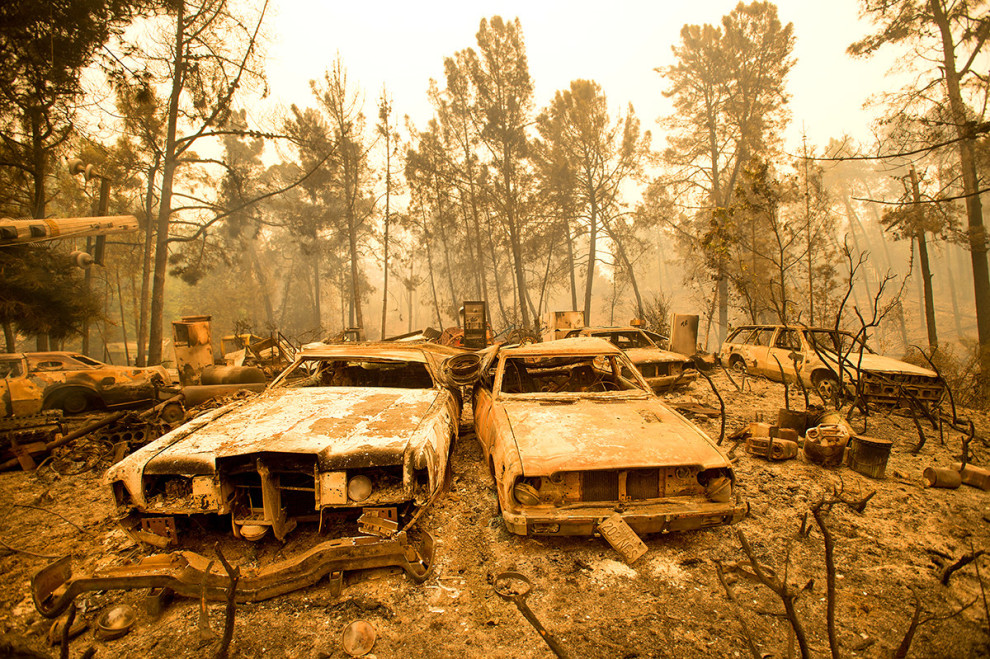 Vintage cars line a property after the Loma fire burned through Loma Chiquita Road near Morgan Hill, California. A heat wave stifling drought-stricken California has worsened a wildfire that burned some buildings and forced people from their homes.By Noah Berger 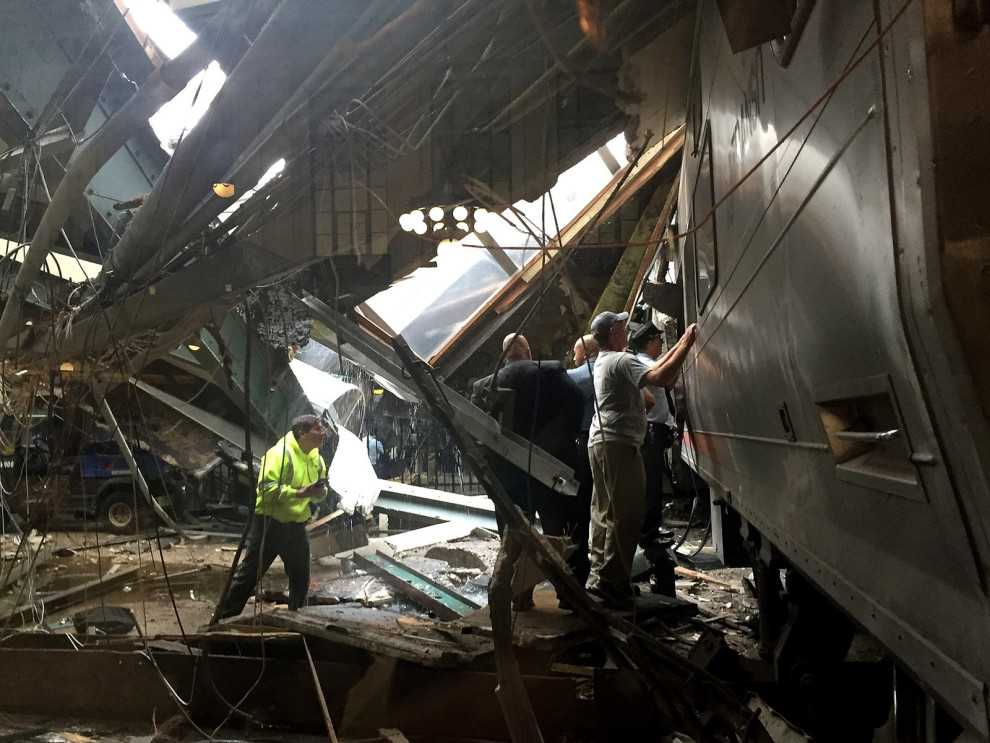 Train personnel survey the NJ Transit train that crashed into the platform at the Hoboken Terminal in Hoboken, New Jersey. New Jersey emergency’s management system is reporting more than 100 people were injured in the crash and one fatality.By Pancho Bernasconi

11. A Supporter Of The Awami Ittihad Party (Aip), A Pro-india Party 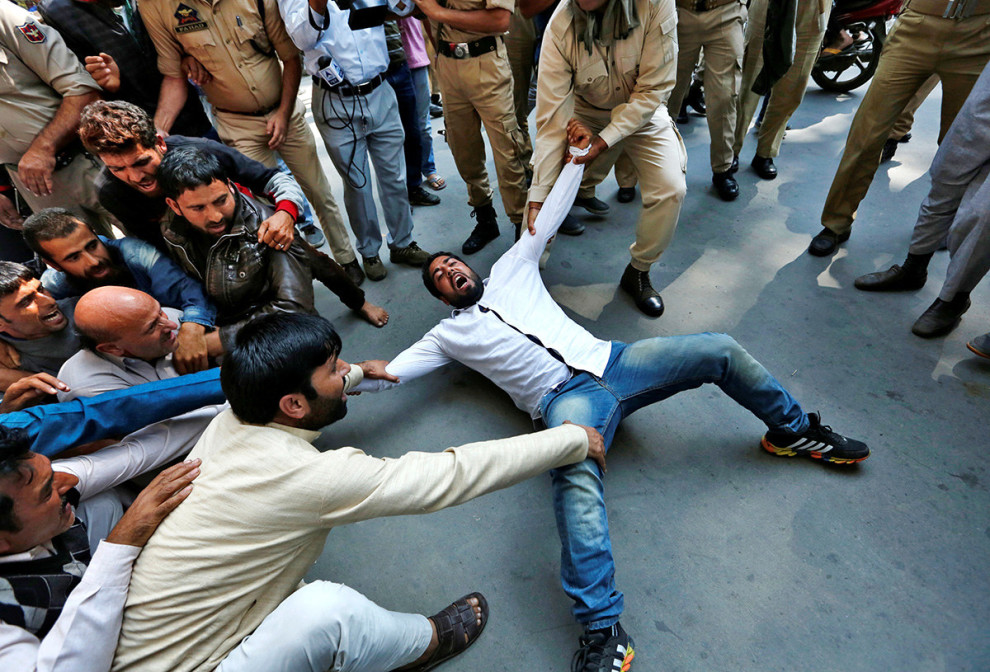 A supporter of the Awami Ittihad Party (AIP), a pro-India party, is detained by Indian police during a protest demanding to hold a plebiscite, in Srinagar, India.By Danish Ismail

12. A Fighter Of The Libyan Forces 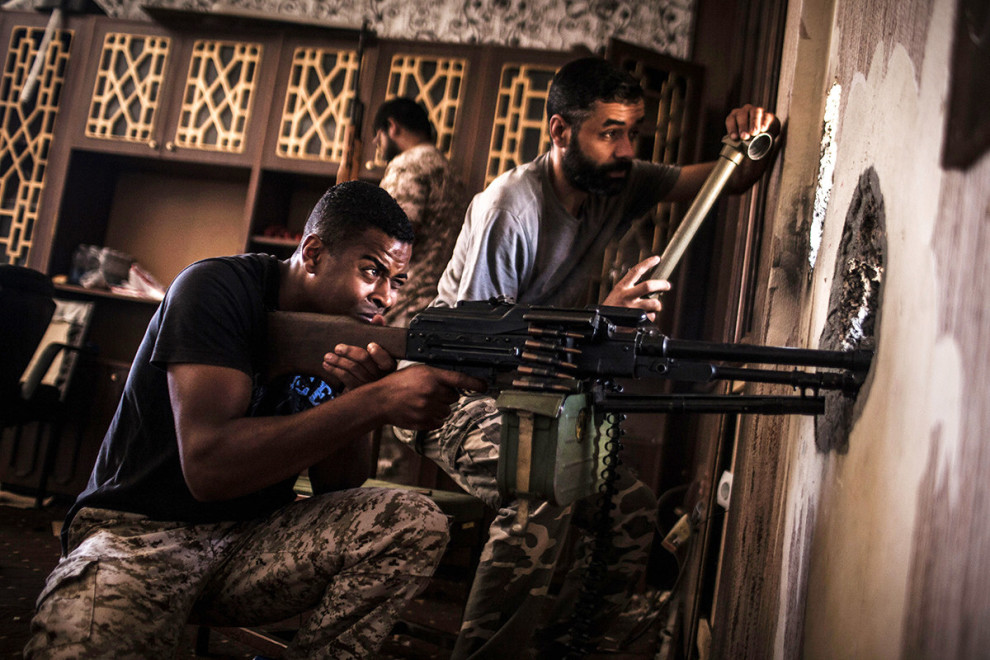 A fighter of the Libyan forces affiliated with the Tripoli government searches for sniper positions from a building on the front line in Sirte, Libya.By Manu Brabo 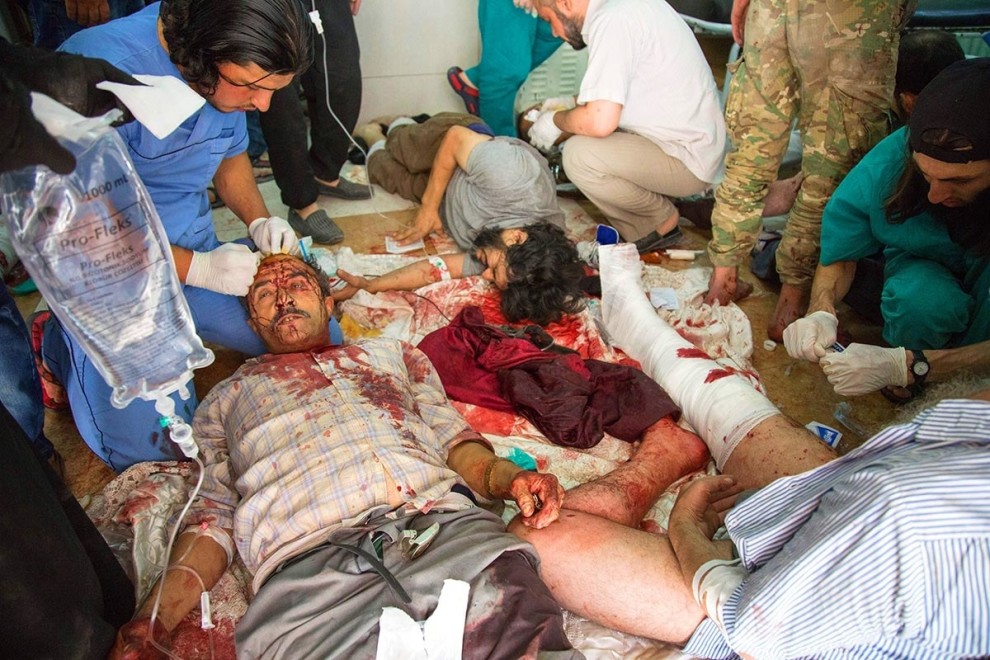 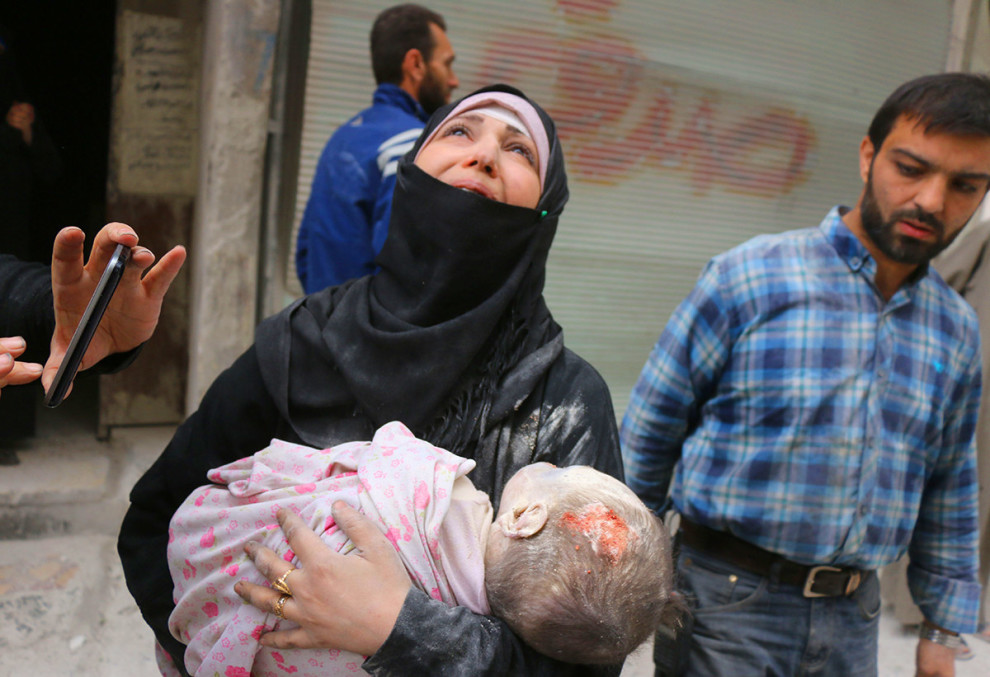 Syrian woman carries the body of her infant after he was retrieved from under the rubble of a building, following a reported airstrike on the al-Muasalat area of Aleppo.By Thaer Mohammed

15. A Marker Stands Over An Immigrant’s Grave In Holtville 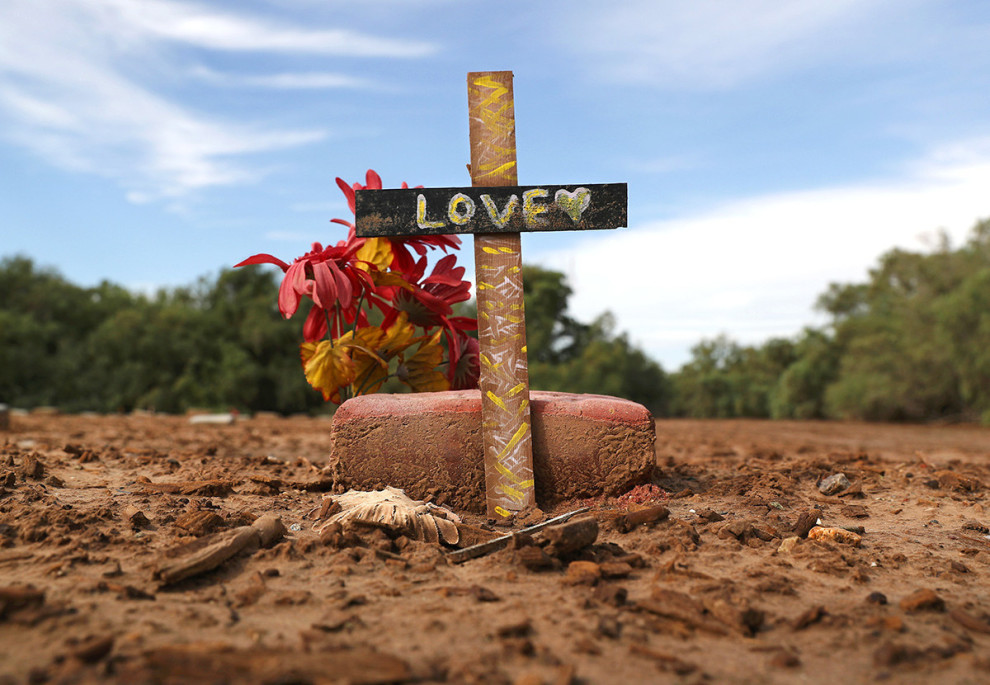 A marker stands over an immigrant’s grave in Holtville, California. Hundreds of immigrants, many who died while crossing the desert from Mexico into the United States, are buried in a pauper’s cemetery. Many of the grave markers simply read “John Doe.” By John Moore

16. Indian Folk Dancers From The Panghat Group Of Performing Arts Pose For A Photograph 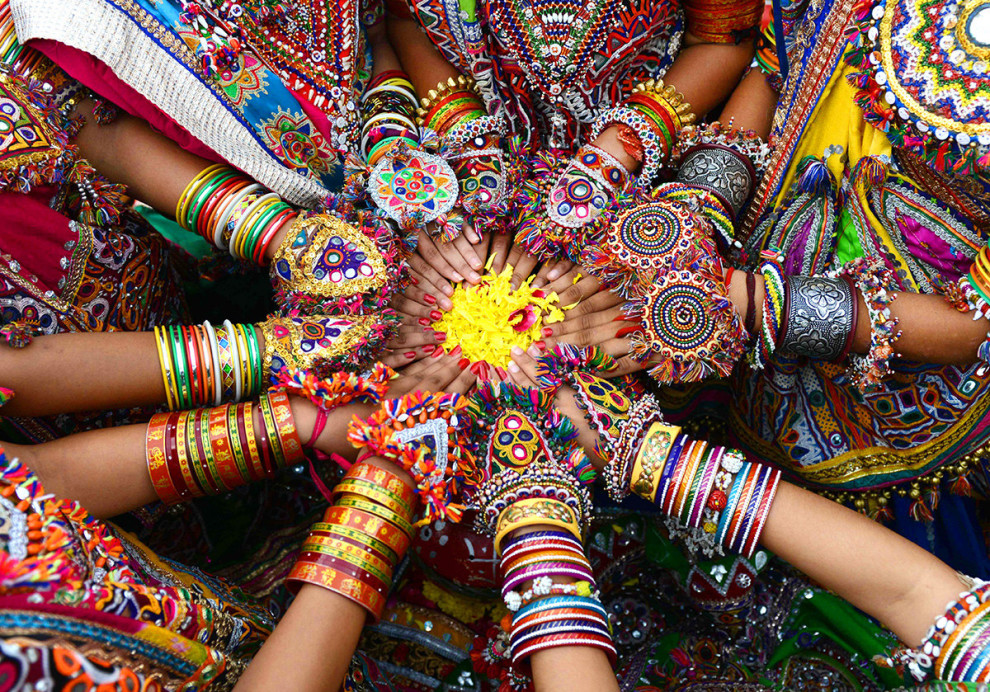 Indian folk dancers from the Panghat Group of Performing Arts pose for a photograph during a dress rehearsal for an event to mark the forthcoming Hindu festival ‘Navaratri’, or the Festival of Nine Nights, in Ahmedabad, India.By Sam Panthaky 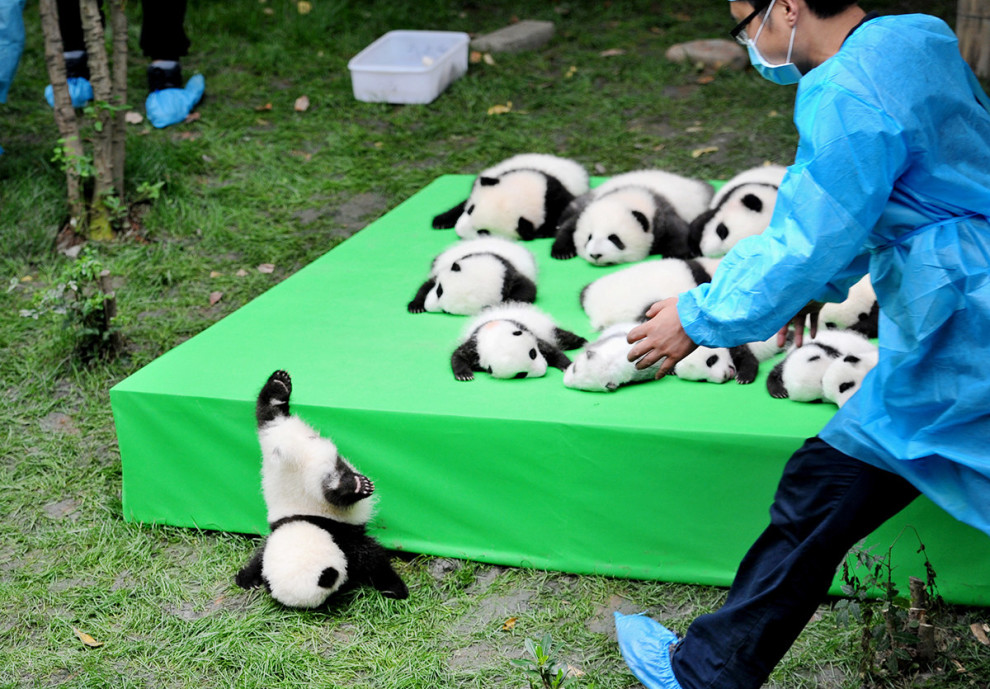 A giant panda cub falls from the stage while 23 giant pandas born in 2016 are seen on a display at the Chengdu Research Base of Giant Panda Breeding in Chengdu, Sichuan province, China China Daily China Daily Infor

18. Silvia And Liciniu Agapi, A Couple Married For 52, Dance At A Party 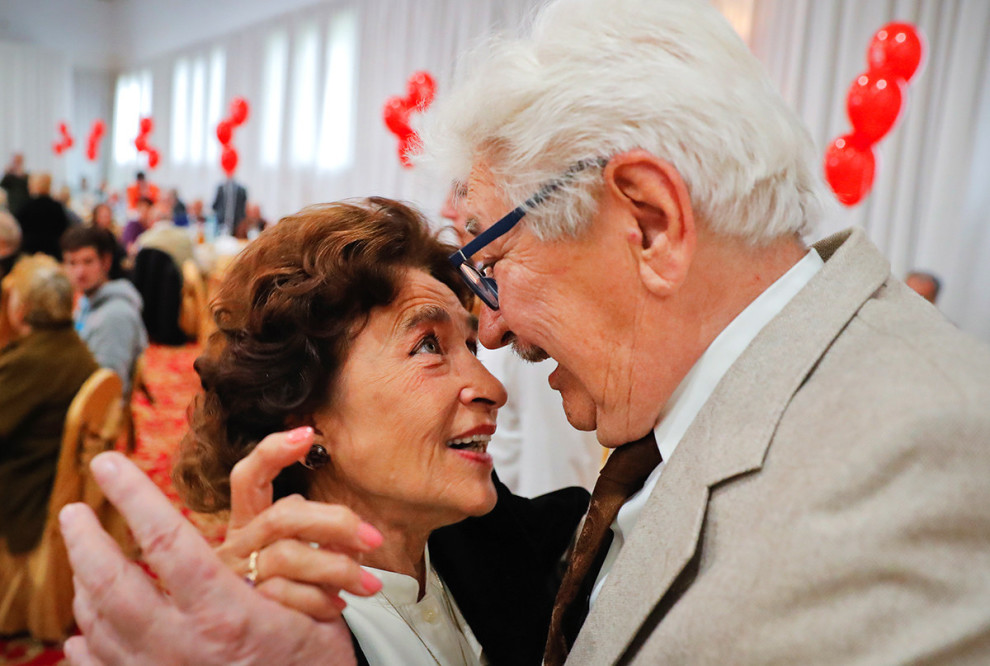 Silvia and Liciniu Agapi, a couple married for 52, dance at a party organized by a district city hall in Bucharest, Romania. A district of the Romanian capital celebrated hundreds of couples, more than 600 people, who have been married for at least half a century.By Vadim Ghirda 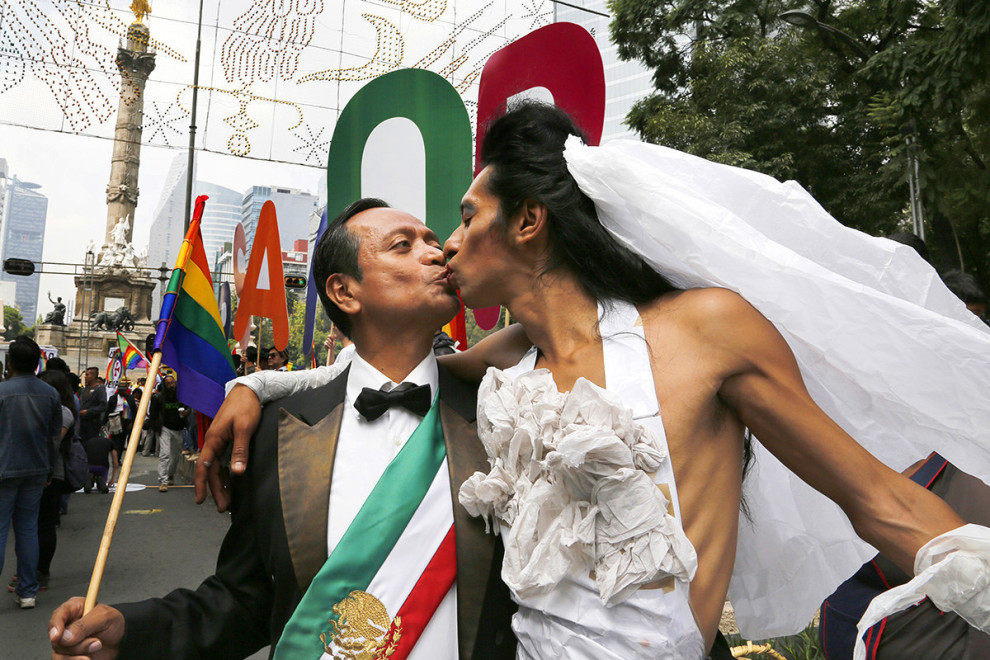 Demonstrators marching against homophobia kiss as they arrive at the Angel of Independence monument in Mexico City, Mexico. Dueling marches, in support and against Mexican President Enrique Pena Nieto’s push to legalize same-sex marriage, gathered at the monument. The two sides were kept apart Saturday by hundreds of police and barriers erected around the city’s iconic monument.By Marco Ugarte

20.A Demonstrator Dressed As A Clown And With The Number 43 Painted On Her Face 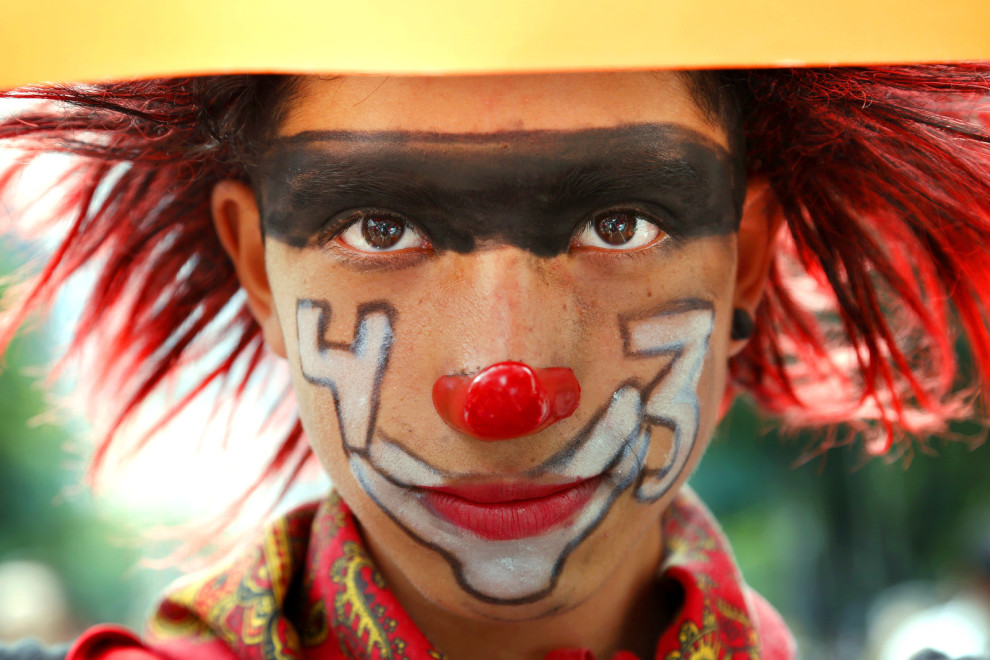 A demonstrator dressed as a clown and with the number 43 painted on her face poses for a photo during a protest march in Mexico City. The march was held on the second anniversary of the disappearance, on September 26, 2014, of 43 students from the Rural Normal School at Ayotzinapa.By Marco Ugarte

21. A Gallery Assistant Poses Amongst Work By Anthea Hamilton 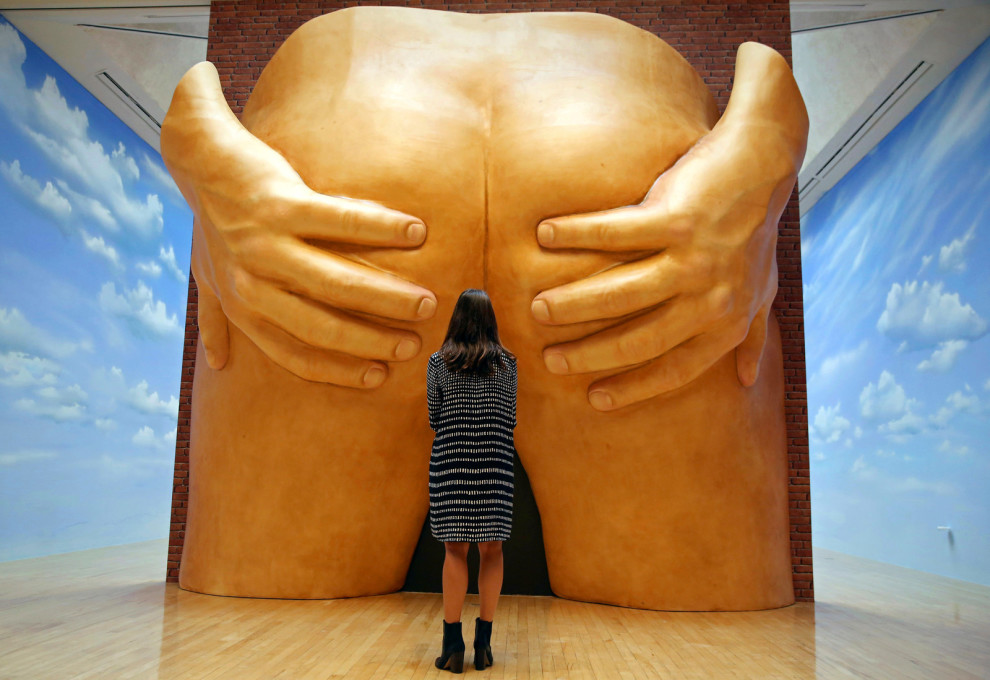 A gallery assistant poses amongst work by Anthea Hamilton from her nominated show “Lichen! Libido! (London!) Chastity!” at a preview of the Turner Prize in London, England.By Neil Hall 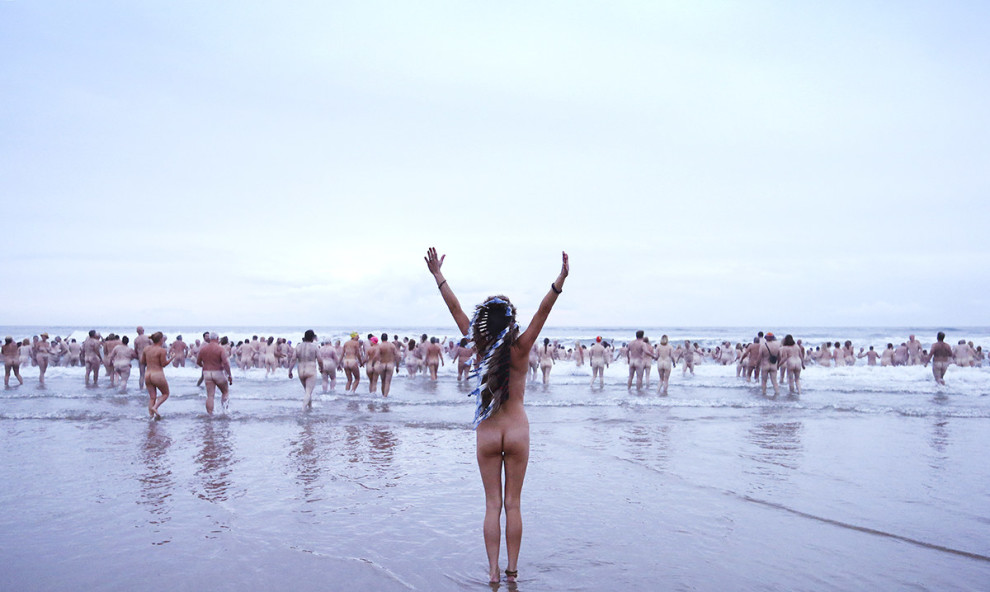 23. Doaa, Age 10, Who Fled With Her Parents From Islamic State-controlled Areas Of Syria 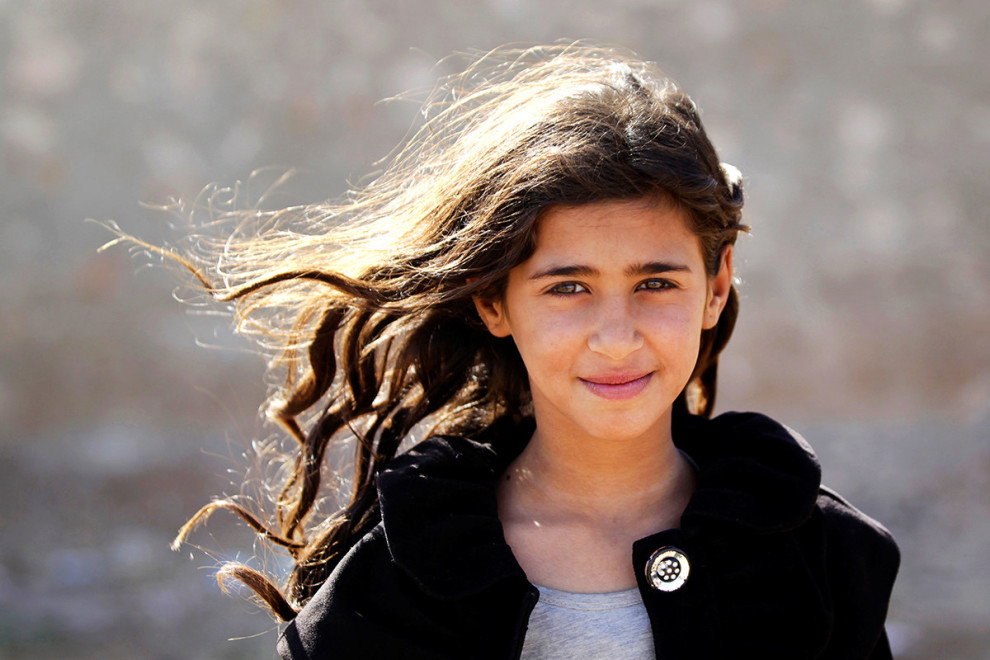 Doaa, age 10, who fled with her parents from Islamic State-controlled areas of Syria, poses while she waits at a Syrian checkpoint controlled by rebel fighters in al-Rai, northern Syria.By Khalil Ashawi