The 2017 National Geographic Nature Photographer of the Year contest is in its final two weeks of accepting submissions – and as these incredible pictures show, if you’re going to enter, you’ll need to be very good indeed to stand a chance of winning.

A juvenile sea lion plays with a starfish in isloted Los Lobos, La Paz, Mexico. The photographer, Pedro Carrillo, said that in his experience ‘they never ended up eating them’ 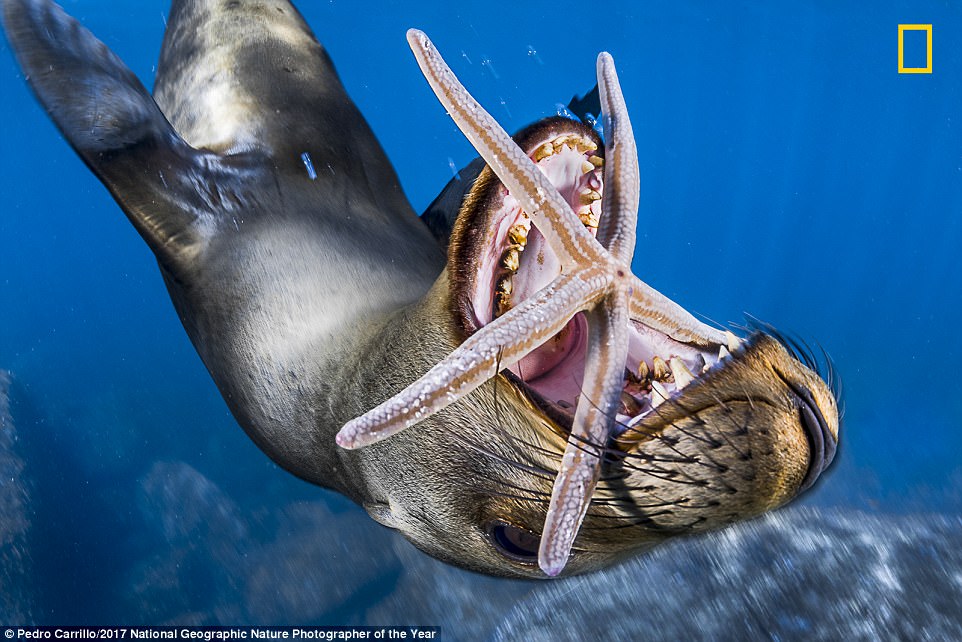 A supercell thunderstorm spins away at dusk over the plains of north-east Colorado on June 11, 2017. The photographer, Colt Forney, said he caught this storm on the way up to Wyoming 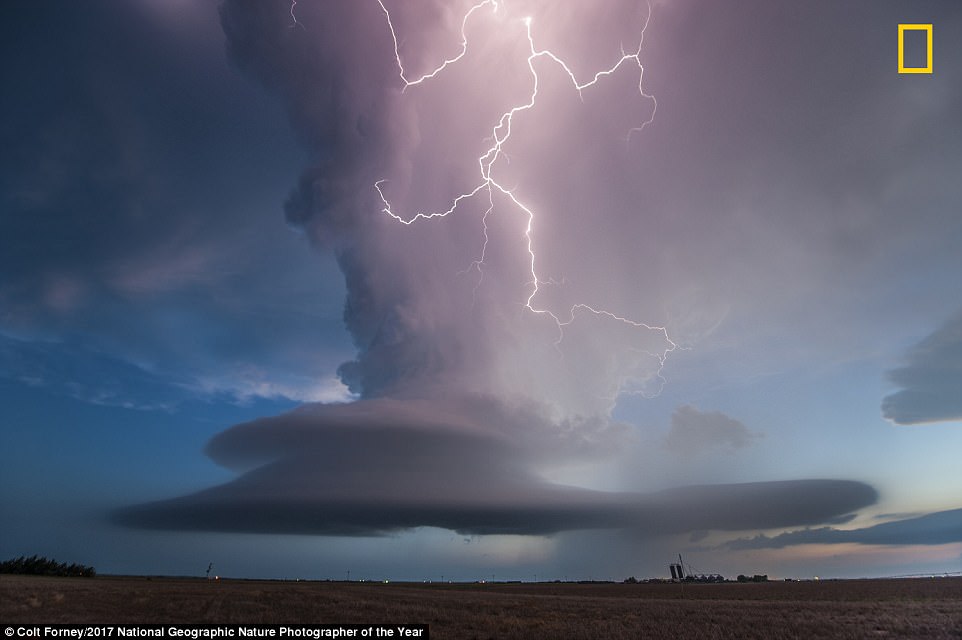 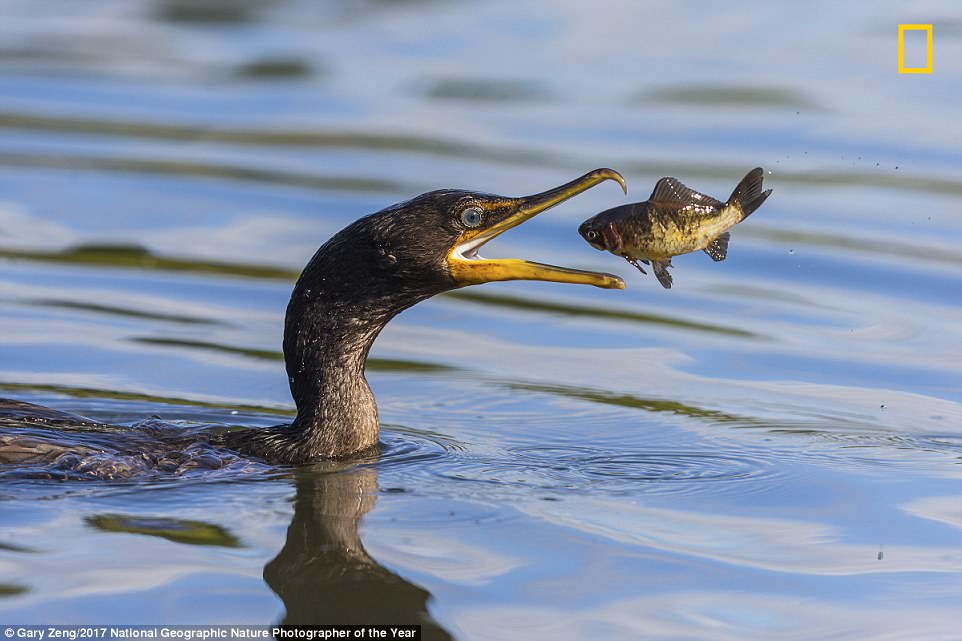 Takahiro Bessho captures a sea of clouds on the surface of a mountain, with a hidden pond in front of them 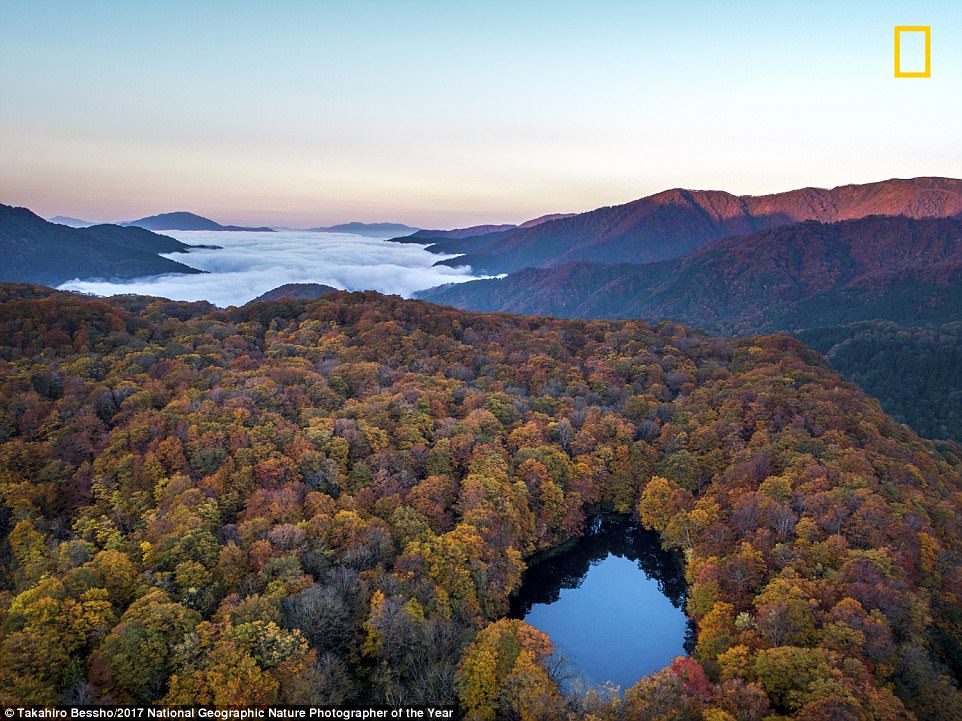 The beautiful image on the left is of the highest waterfall on the Faroe Islands, Foss, where water cascades from a height of 140 metres. On the right is an Atlantic puffin on a remote island in Scotland 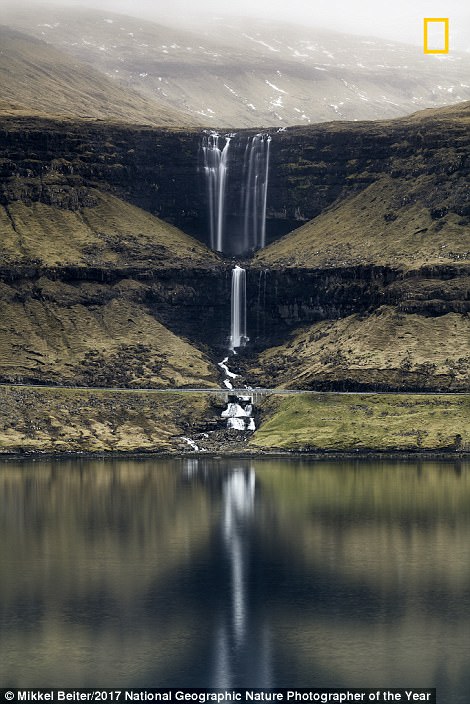 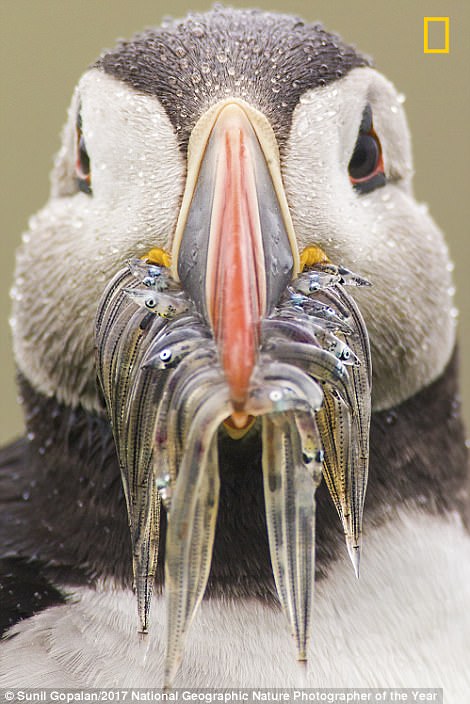 In the reflection you can see a profile of an angry face and another face straight on yelling or screaming. This beautiful iceberg distracts from its internal angst towards the state of the planet. This image became so much more powerful with the reflection providing the true emotion behind what we have done to our planet and how reactive we have become 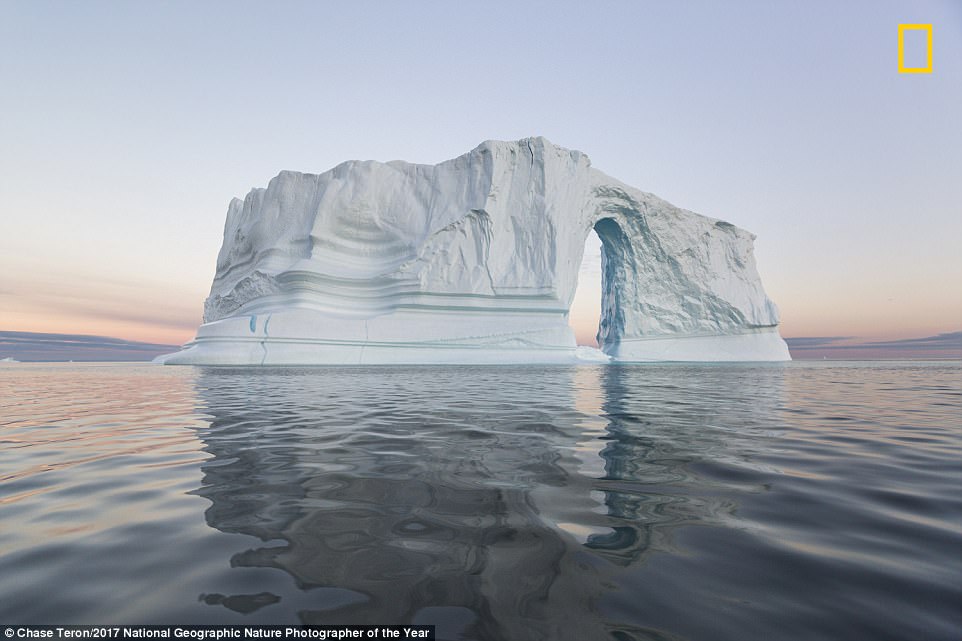 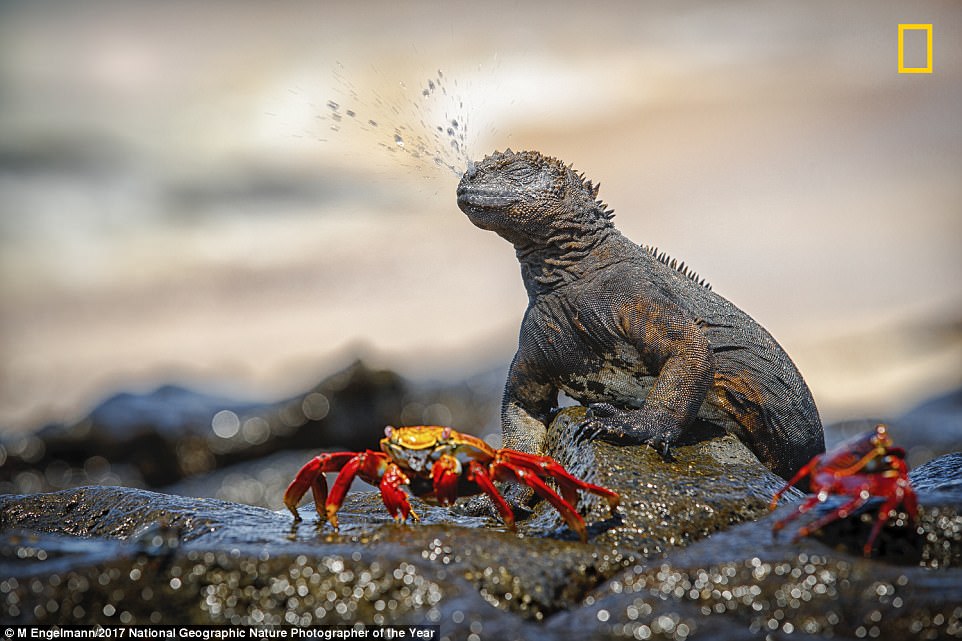 A canyon in Utah, which looks utterly extraordinary in this image by David Swindle 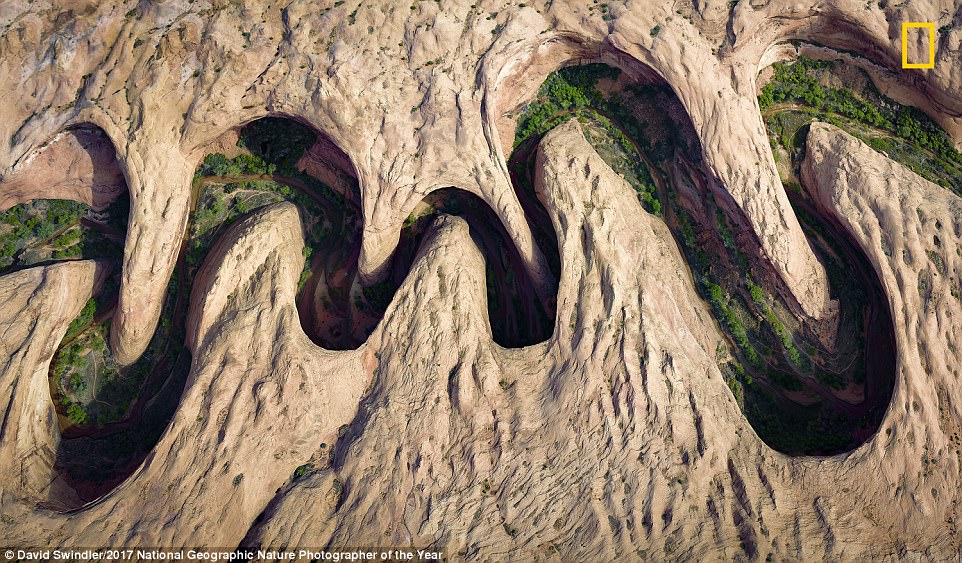 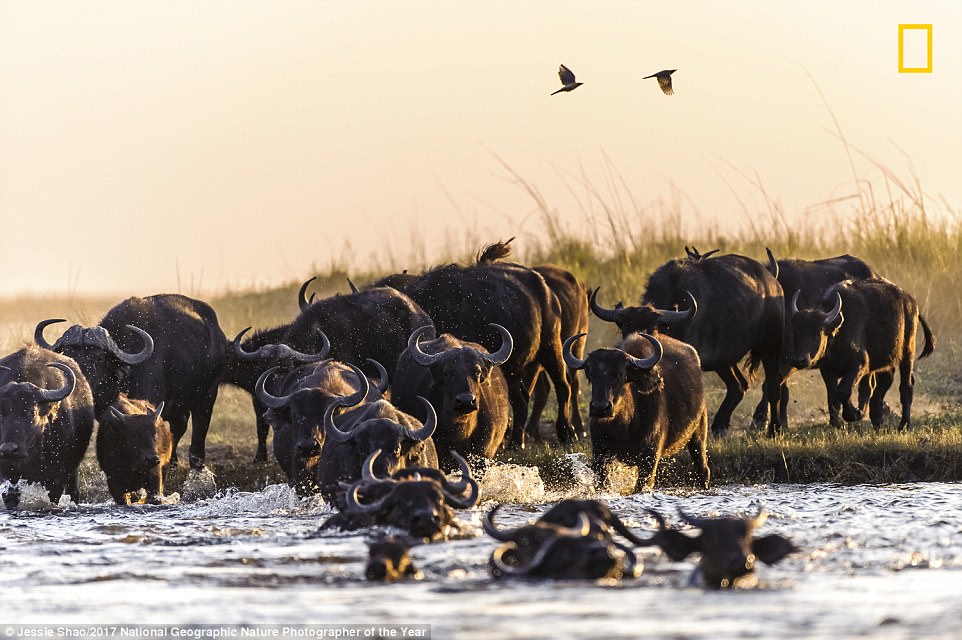 A cheetah in the Masai Mara in Kenya on a chilly winter morning. The photographer said that from a distance it looked like a ball of fire 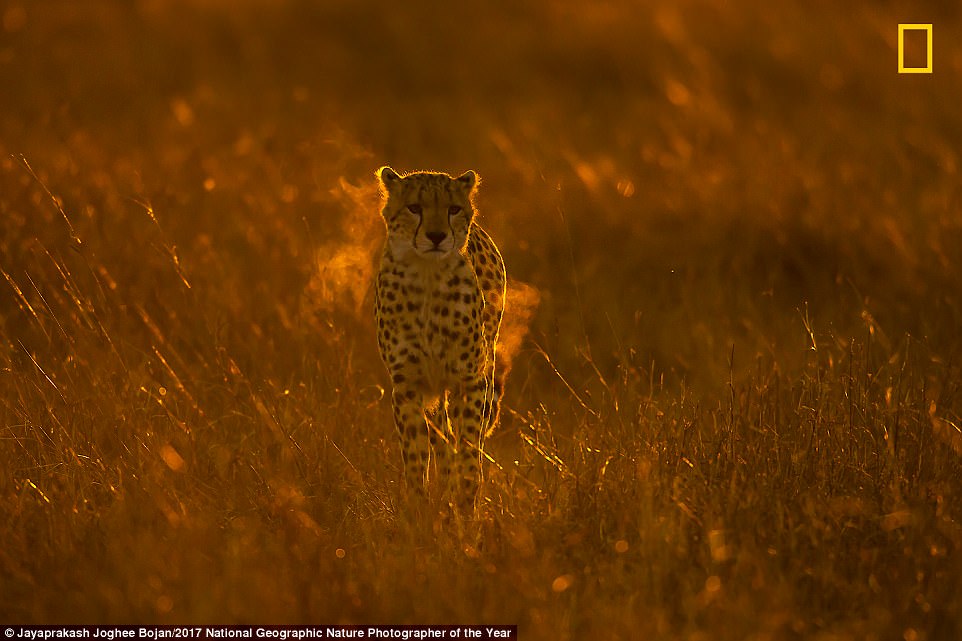 You May Also Like Land Of Hope And Glory! Britain’s Beauty Captured In Stunning Nature Images 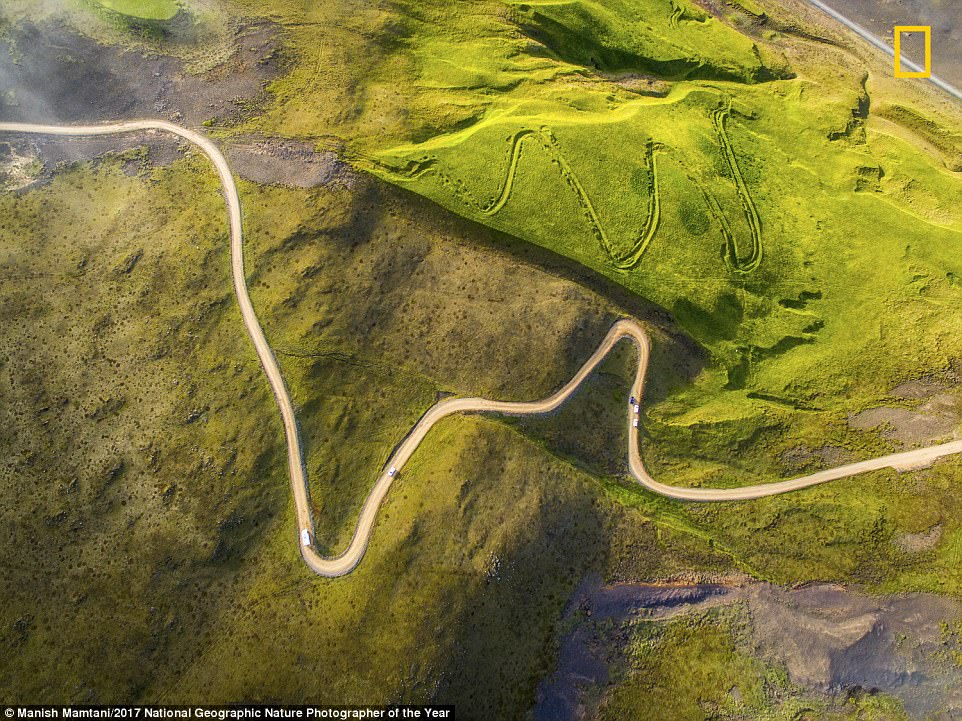 As the sun set in Jardines de la Reina [in Cuba], golden sun rays pierced through the surface of the water. It painted a spectacular backdrop for the pelagic silky sharks that came out to hunt. I was under a lot of time pressure take the shots. As the window of the golden light shrunk, the boatman hurried me to exit the water. Shark waters can be dangerous on the surface when it gets dark. It was also too dangerous to navigate around shallow reefs to return to the mother boat’ 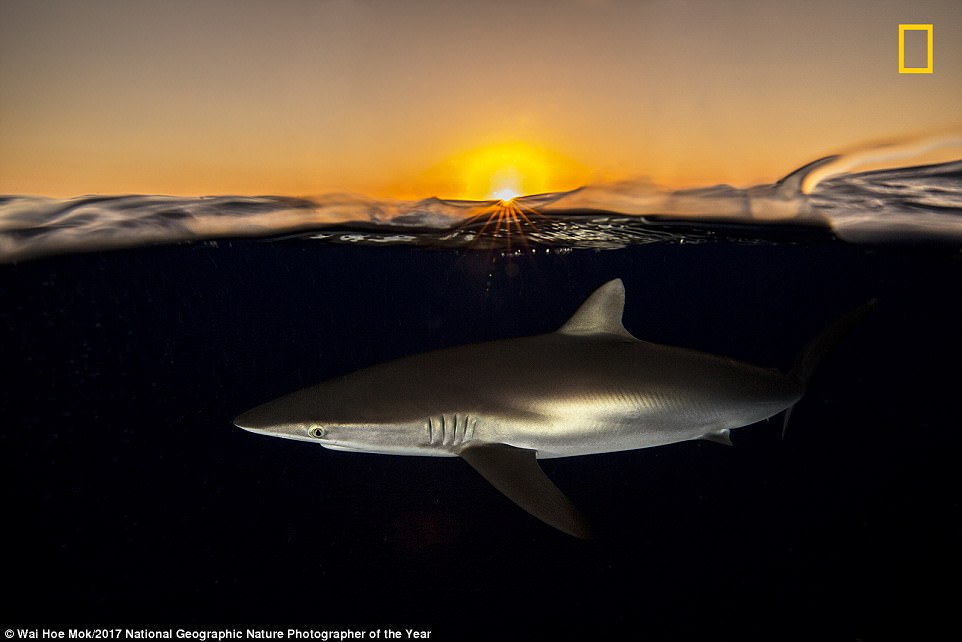 The clownfish (also known as anemone fish) likes to play hide and seek. The photographer, Chris Bachmann, said he was lucky to get this shot ‘in the blink of an eye’ 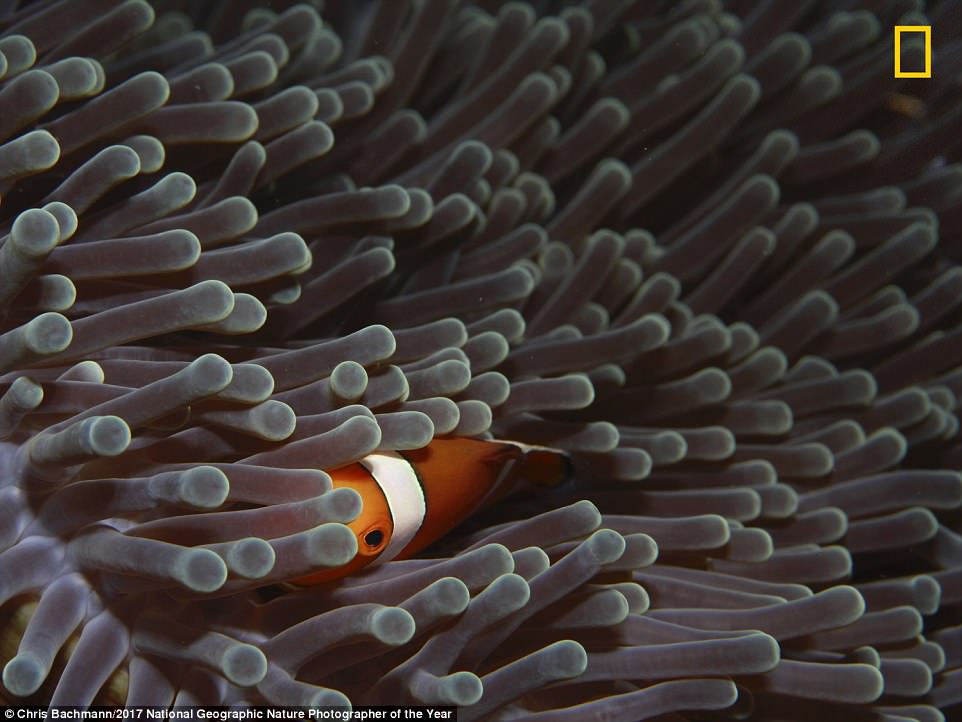 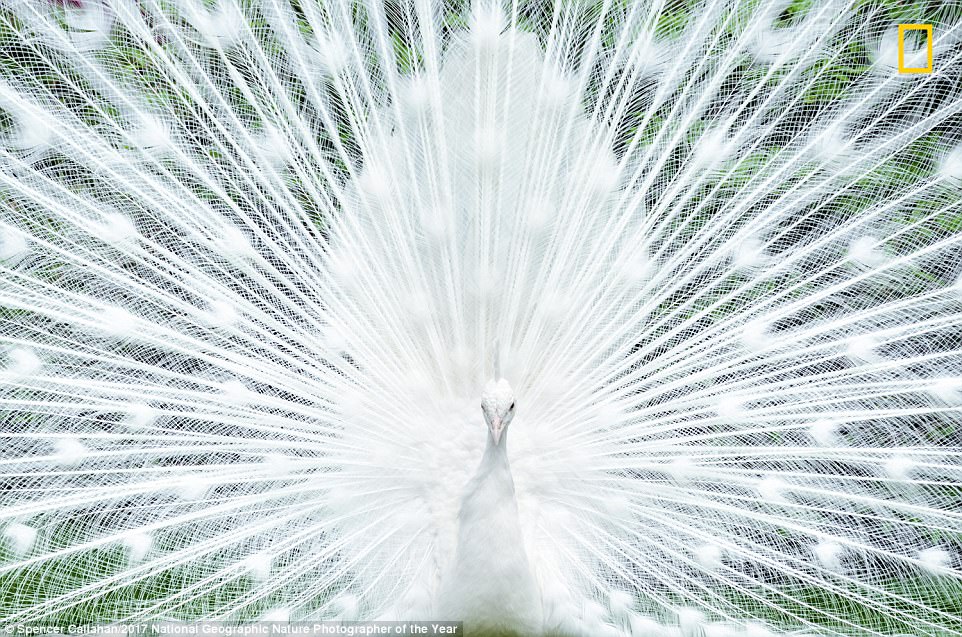