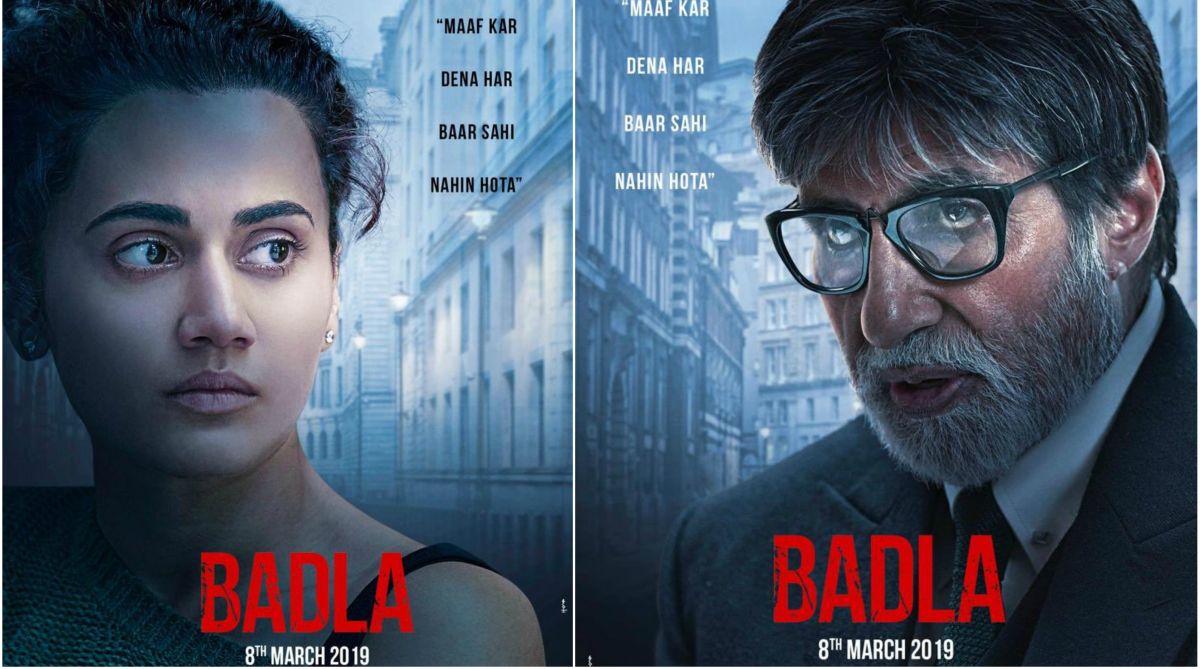 The gripping tale espouses the message of not forgiving and seeking revenge. Taapsee Pannu’s character is accused of murdering her paramour. Lawyer Badal Gupta (Amitabh Bachchan) appears to have come to her rescue.

After listening to the story, Mr Gupta, who is known for not having lost a single case in his 40-year-long career, raises three question which stumps Taapsee. Is she telling the truth?

The trailer culminates in the inimitable baritone of Big B, ” Kya main wohi 6 dekh raha hoon jo tumney mujhe dikhaya  hai, ya woh 9 jo mujhe dekhna chahiye tha” ( Am I seeing the 6 that you showed me? Or the 9 that I should’ve seen)

Directed by Sujoy Ghosh, Badla’s trailer gives us just enough to evoke curiousity, and it makes perfect sense in this case. The film is adapted from an original story by Oriol Paulo. For Hindi cinema, writer-director Sujoy Ghosh has helmed the story.

Badla is produced by Gauri Khan through Red Chillies Entertainment and it will open in cinemas on March 8.