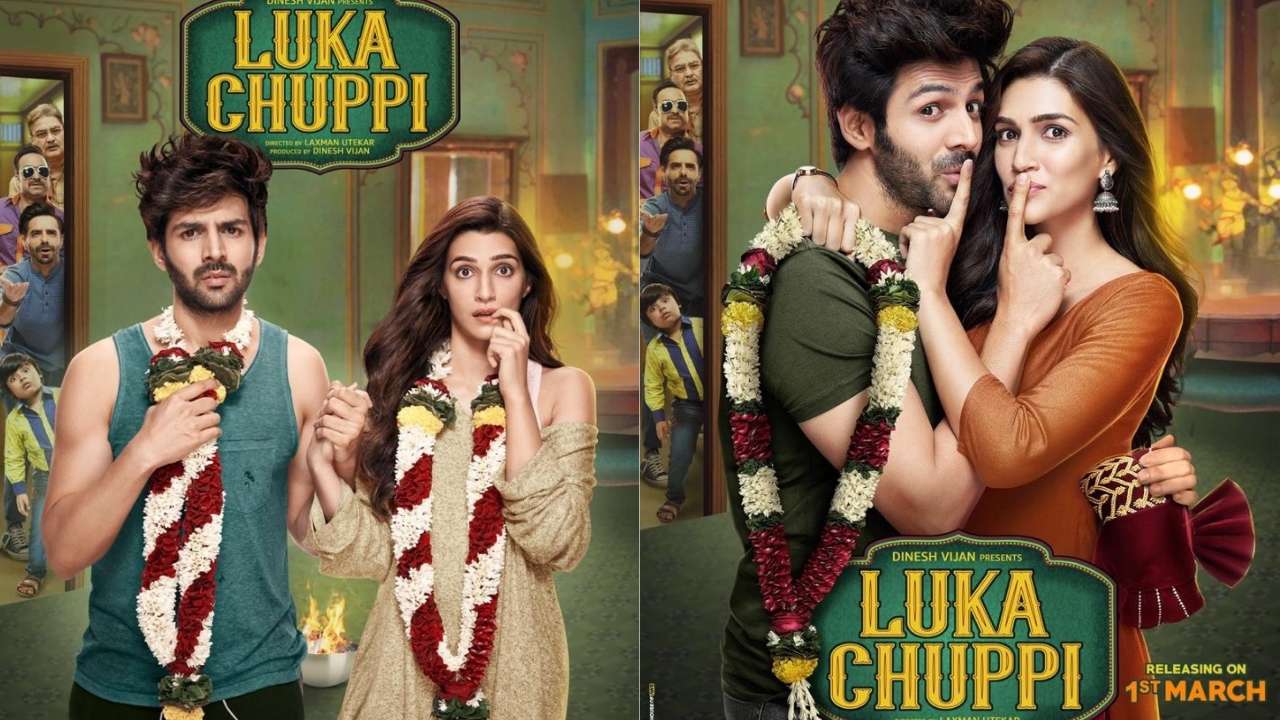 The much-awaited trailer of Laxman Utekar’s Luka Chuppi hit the Internet on Thursday afternoon and it is already trending on Twitter.

The two-and-a-half minute video gives us an insight into the fun-filled yet equally crazy love story of Guddu and Rashmi (played by Kartik and Kriti ), who decide to get into a live-in relationship. However, much to their dismay, they end up involving their families and in the words of the makers, they “experience live-in saparivaar.” Kartik Aaryan’s swag, as always, is off the charts and so is Kriti’s straight-face humour. Another highlight of the trailer are the epic one-liners by Aparshakti Khurrana, Pankaj Tripathi and Vinay Pathak.

Also starring Aparshakti Khurrana and Pankaj Tripathi ‘Luka Chuppi’ is all set to the hit screens on 1 March 2019.

This film is going to be a fun ride. While praise from different quarters has already started coming for Kriti and Kartik, fans found an interesting way to use the dialogues of the film – memes. Check out some of the most hilarious ones here:

Love the trailer of #LukkaChuppi !! Fresh funny and has a spark and spunk about it!! @TheAaryanKartik and @kritisanon work so well together!!!! Congratulations to #dinoo and the team! https://t.co/KwyDfMJ6f7

When I invite my GF to “boys only” party…#LukaChuppiTrailer pic.twitter.com/owcqwZAinY

When I’m waiting for my turn on petrol pump and suddenly a girl comes #LukaChuppiTrailer pic.twitter.com/eSSihqueFi

#LukaChuppiTrailer
When you choose Bcom after taking Maths in 12th pic.twitter.com/csTtRwT01l

Whenever a guy makes video on TikTok.

When Google Maps is suggesting a right turn but your Autowala takes a left. #LukaChuppiTrailer pic.twitter.com/8CMILYRyJs

When your bestie is still in touch with your Ex#LukaChuppiTrailer pic.twitter.com/ozHKAVVoty