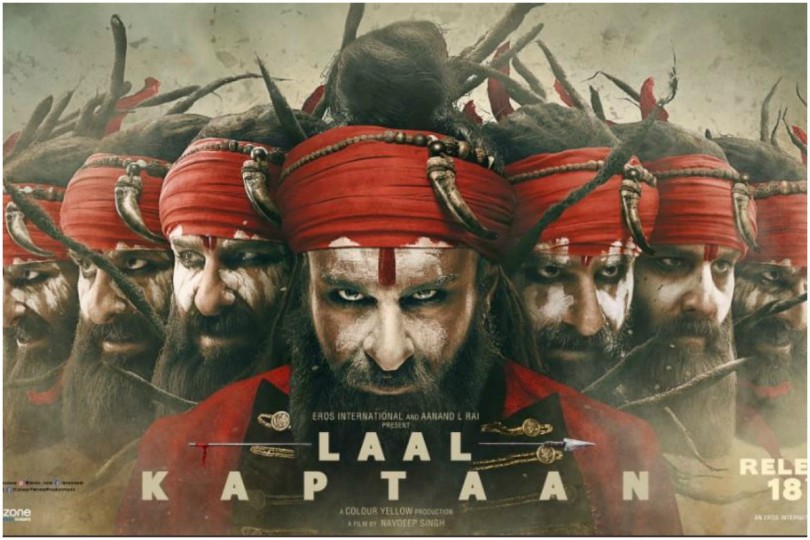 Saif Ali Khan is coming with his new offering and netizens have already gone berserk over it. The movie named Laal Kaptaan is a story of a Naga sadhu played by Khan himself.

To keep the intrigue level high the makers had first introduced two trailers named the hunt and the chase. These two trailers showed Saif chasing someone with the desire to take revenge.

Finally to conclude they brought forth the last trailer named the Revenge which shows Khan fighting the main antagonist played by Manav Vij.

Playing the character of Rehmat Khan Manav is purely evil. In the last trailer, we also see glimpses of the heroine Sonakshi Sinha who orders Saif to kill Rehmat Khan.

The movie trailers have built up the interest and even Mr. Perfectionist of the industry Aamir Khan could not stop himself from raving over the content being presented.

Hey guys,
What an awesome trailer.
Check it out.https://t.co/1qgDPcCPiX

Scheduled to release on October 18th the movie is basically the fight for revenge between Saif Ali Khan and Manav Vij. To support them in their efforts the makers have pitched in seasoned actors like Deepak Dobriyal and Sonakshi Sinha.

With so many people already vouching the film is being eagerly awaited and hopefully should bring back some laurels of success for Saif Ali Khan and his team.