NASA expected to reveal major discovery on planets outside Solar System. The sudden announcement of NASA regarding the news conference has led to many wondering what they have found outside our solar system.

Many conspiracy theorists and UFO maniacs believe that the space agency is going to reveal a startling revelation on extra-terrestrial life. Some other people think that NASA will soon launch a satellite to Jupiter’s moon, Europa to search comfortable living conditions.

The mission members of New Horizon have now proposed a new geophysical definition for planets. As per the proposed definition, a planet is a sub-stellar mass body which has never undergone nuclear fusion. It should also have sufficient self-gravitation to assume a spheroidal shape. 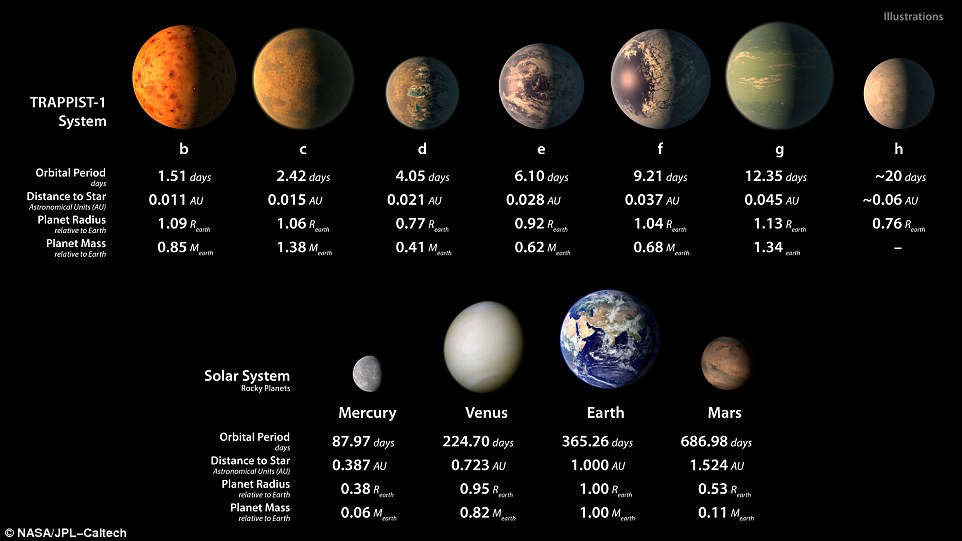 The New Horizons Mission was launched in 2006, and it managed to swing past Jupiter during the course. It then headed towards Pluto, and this journey lasted for ten years. The New Horizon expedition revealed many unknown facts about Pluto including the discovery of its four small moons; Hydra, Kerberos, Nix, and Styx. 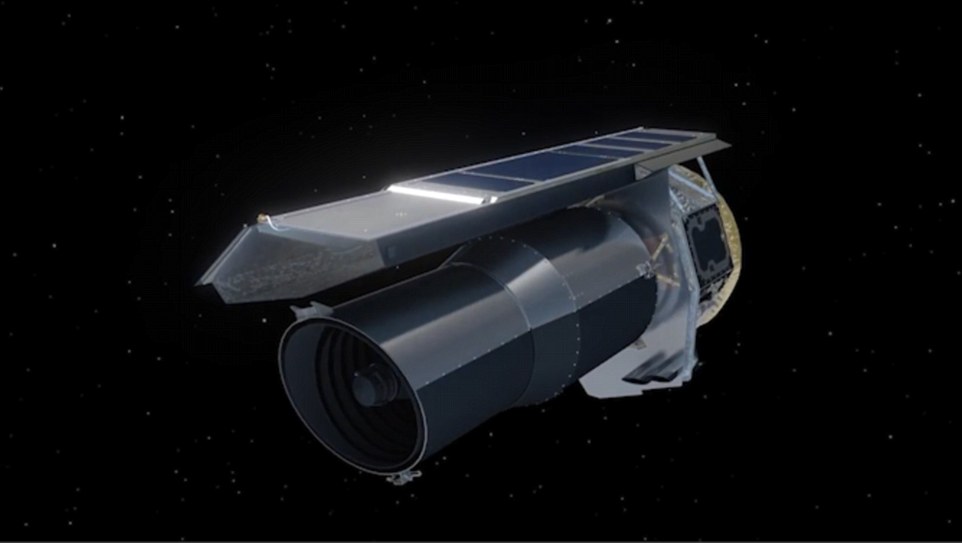 The discovery by an international team using advanced telescopes in space and at far-flung locations around the world has caused a frenzy of excitement among astronomers who, as a breed, are not given to hyperbole. 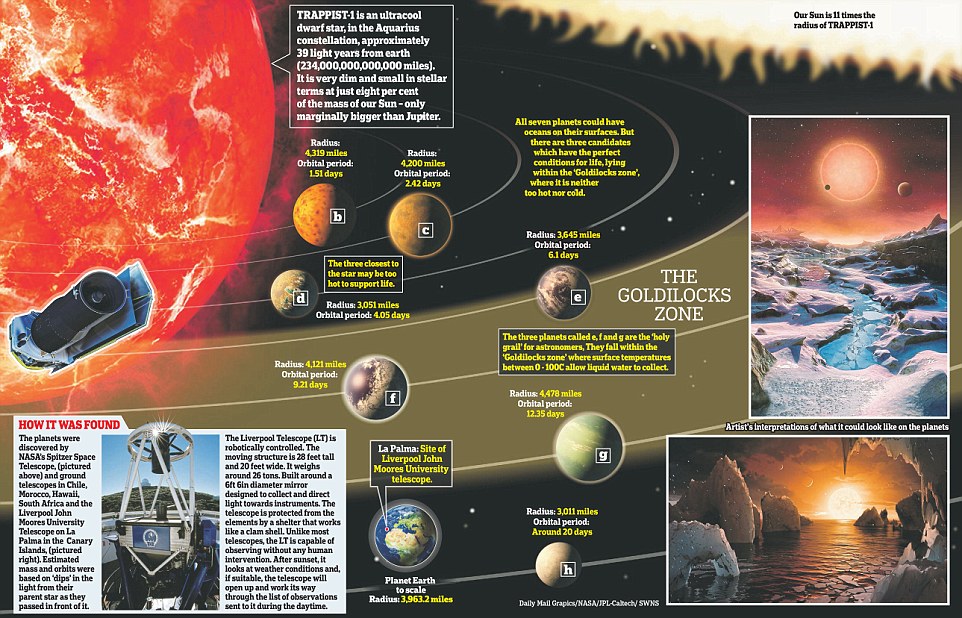 Now astronomers say they have detected no less than seven Earth-sized worlds orbiting a red dwarf star — the equivalent of our sun — called TRAPPIST-1. 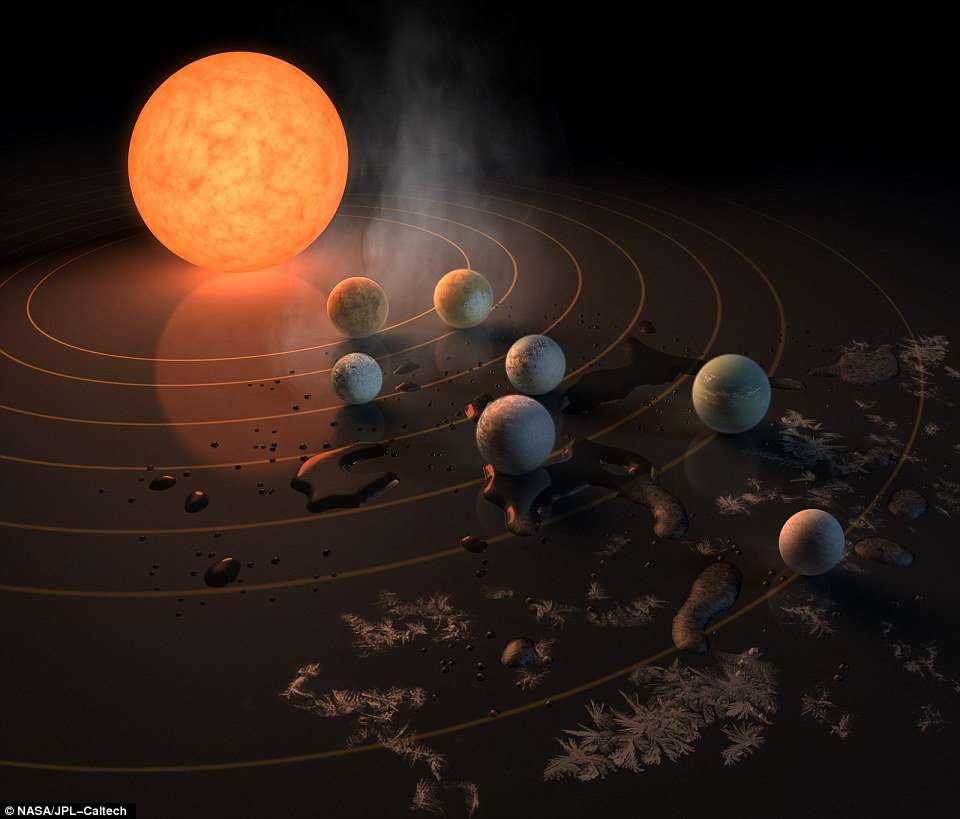 The seven planets are believed to be at least a billion years old and, in theory, all could have lakes and oceans. But three are too close to the star and, therefore, likely to be too hot to have water, while the furthermost planet is too cold.

It is the three planets in the middle (named TRAPPIST-1 ‘e’, ‘f’ and ‘g’) that are generating the most interest as they lie in what is known as the habitable ‘Goldilocks Zone’ — neither too hot nor too cold for life to thrive.
The surface temperatures range from zero to 100c, so water won’t boil off as vapour. 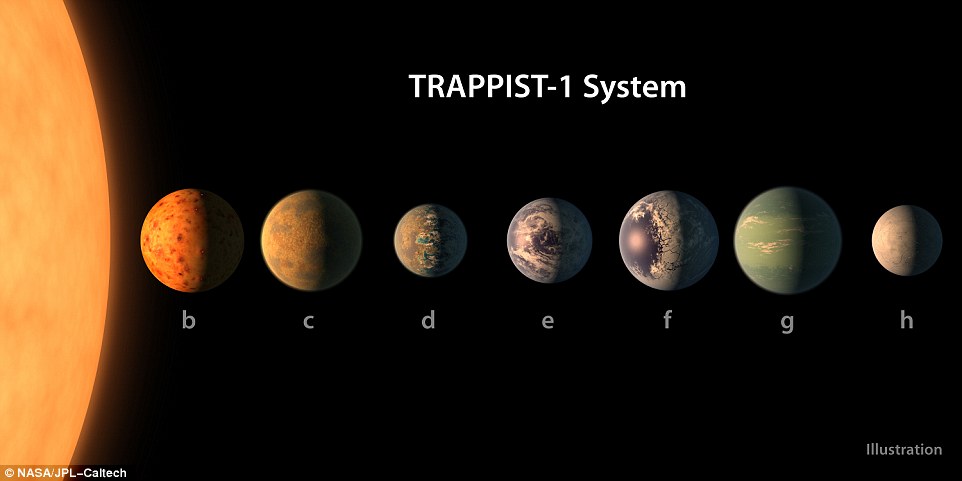 In addition, planet ‘e’ is very close in size to Earth and receives about the same level of light from its star.

TRAPPIST-1 is in the constellation of Aquarius: perhaps appropriately, the ‘water carrier’.

It is very small for a star — its mass is less than a tenth of our Sun’s and only marginally bigger than Jupiter.

It is described as a ‘quiet’ star, emitting some solar flares, but not strong enough to wipe out life. It is because the star is so dim that the planets orbiting it are warmed gently, despite having orbits that are much smaller than that of Mercury, the planet closest to the Sun in our solar system.