This photo isn’t fake. These tiny, dazzling spiders are 100 per cent real and scientists have just discovered another five species and sub-species in Western Australia. They’re called peacock spiders and self-described “peacock spiderman” Jurgen Otto has spent years discovering and photographing them. When he first spotted one of the unique creatures in bushland near Sydney about a decade ago, he said he almost stepped on it. 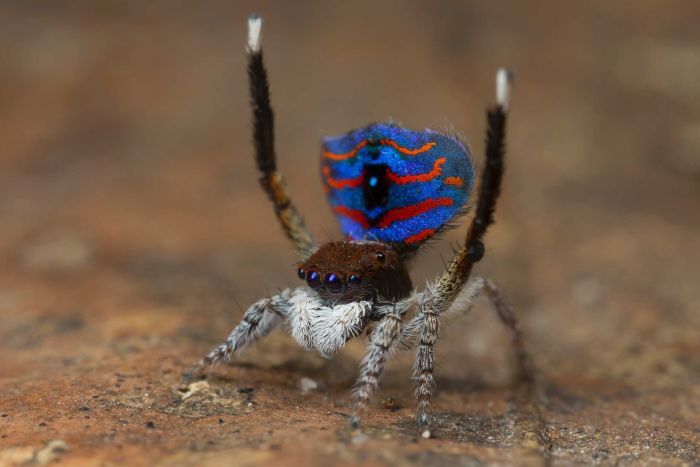 Dr Otto has recently discovered five new species of the ‘dancing’ spiders – the males of which are brightly coloured to help them attract a mate. Dr Otto has spent years discovering and photographing peacock spiders in Western Australia, since he first spotted one near Sydney nine years ago. Speaking to a News chennal, Dr Otto said: ‘I took a photograph and then later I went home, looked at it on the computer and was just blown away. 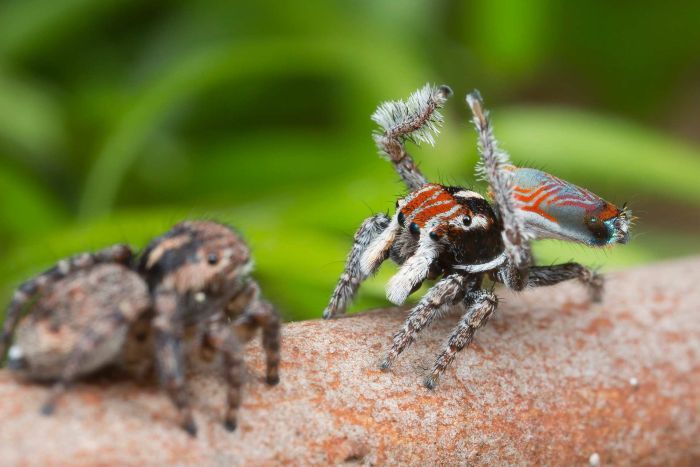 When I started with all this, there was not a single picture or video of a peacock spider on the internet.’Nine years later now, you get many thousand hits when you type ‘peacock spider’ into Google.’But while the number of pictures of peacock spiders has increased, the creatures still amaze people on a daily basis, according to Dr Otto. He said: ‘One could think that the novelty of this would all have worn off by now, but people still get excited when they see them. 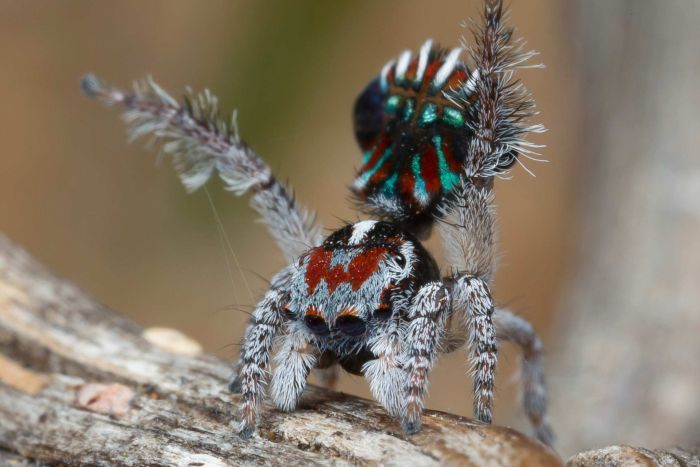 Each new species is a complete surprise — the patterns and colours of each species are so different and so unpredictable, you never know what the next one and its display and courtship dance will look like.’Over the last few months, Dr Otto has spotted five new species of peacock spider across southern Australia. The Jotus auripes spider has almost holographic bristles at the front and is bright orange at the back, and was spotted by Dr Otto on July 22. 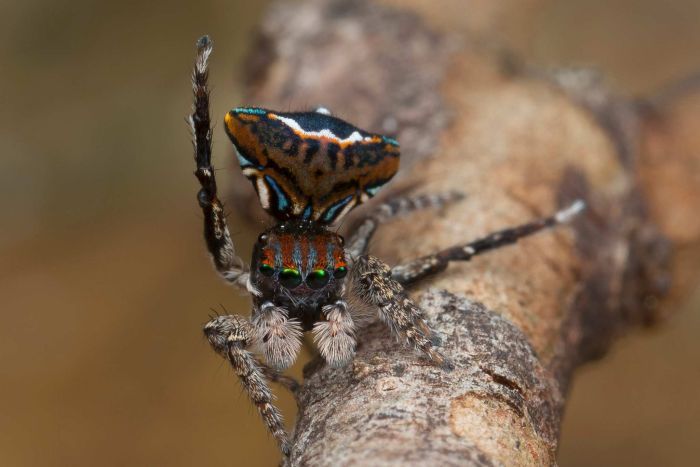 At first glance, you might mistake these brightly-coloured spiders for mythical creatures from the latest science fiction blockbuster. But the spiders are very much real, and were spotted in Western Australia by the self-proclaimed ‘peacock spiderman 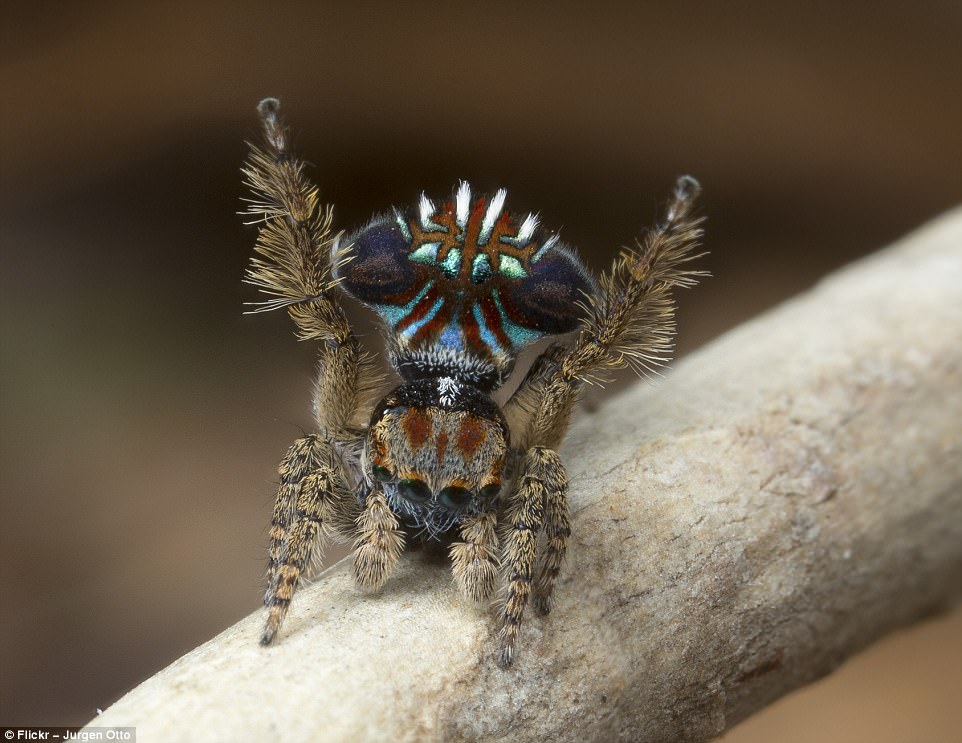 Dr Otto has spotted five new species of peacock spider across southern Australia, although he is yet to name all five species 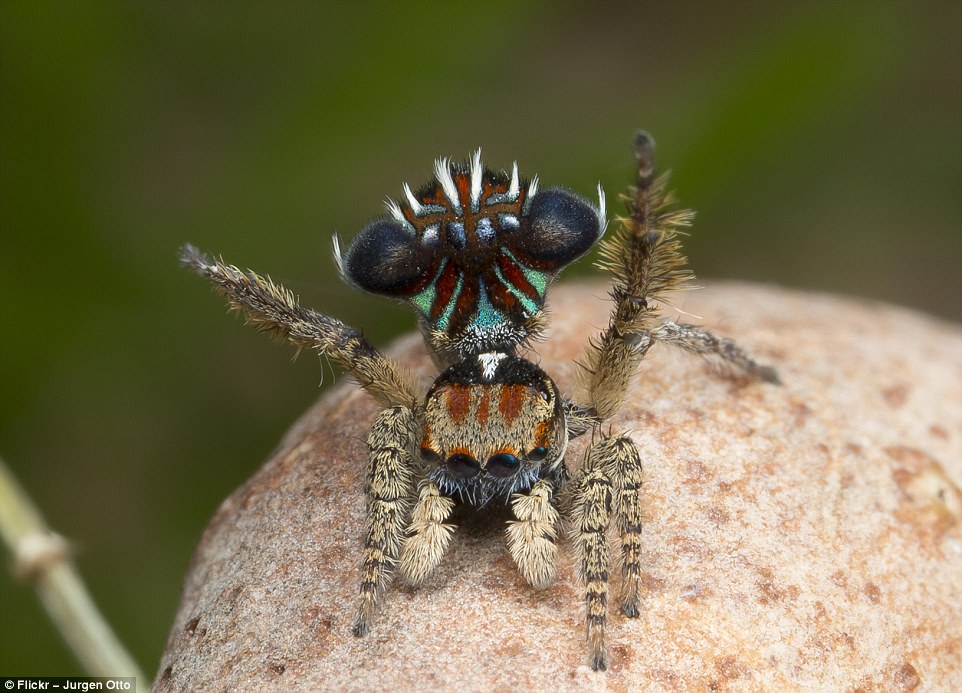 The Jotus auripes spider has almost holographic bristles at the front and is bright orange at the back, and was spotted 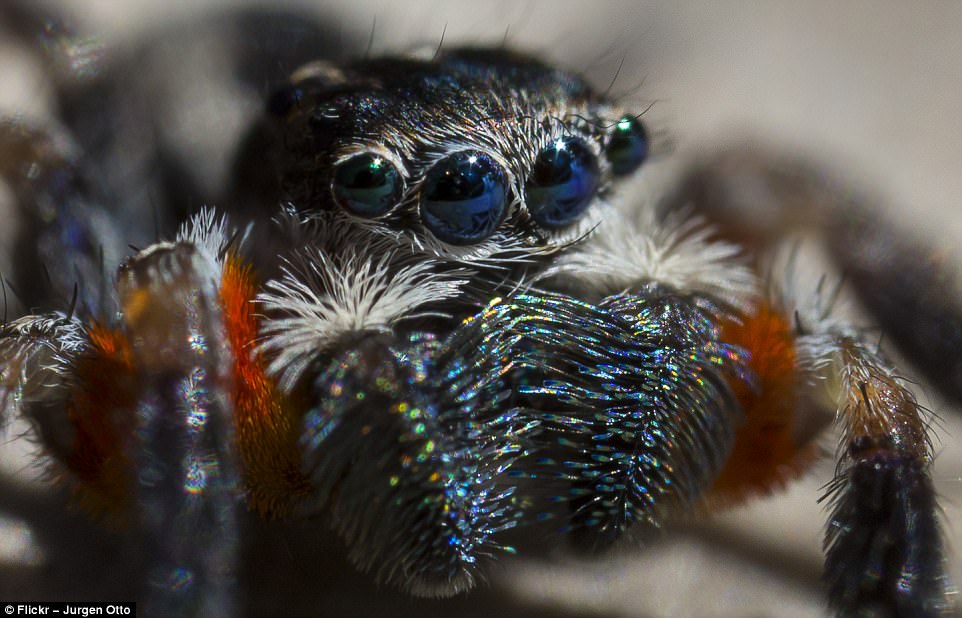 Dr Otto now estimates that there are more than 60 species of Australian peacock spiders 39 of which were named by himself and fellow spider expert, David Hill 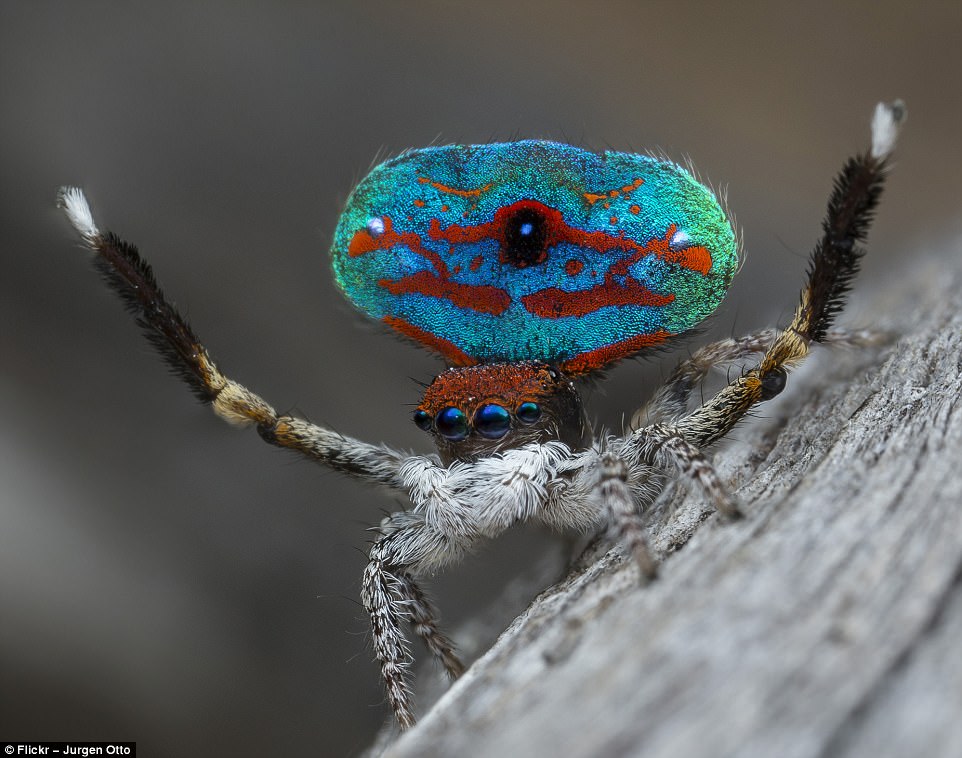 Peacock spiders are a type of jumping spider that live generally on the ground or in low bushes in Australia. Each has a series of flaps round their abdomens that they raise up to display during courtship or when competing against rival males 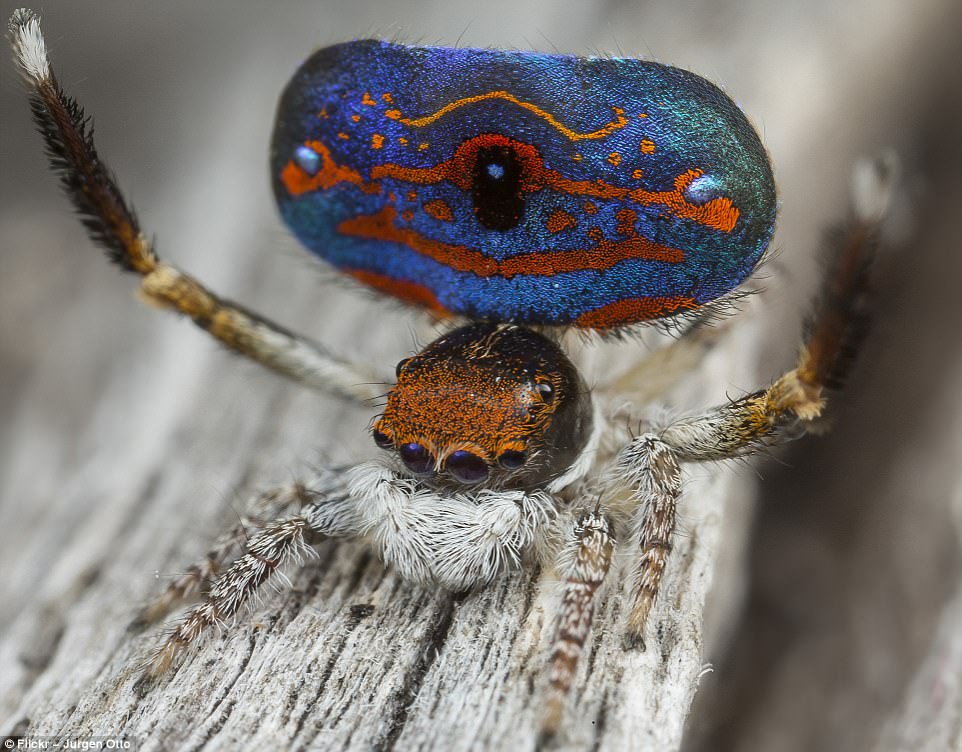 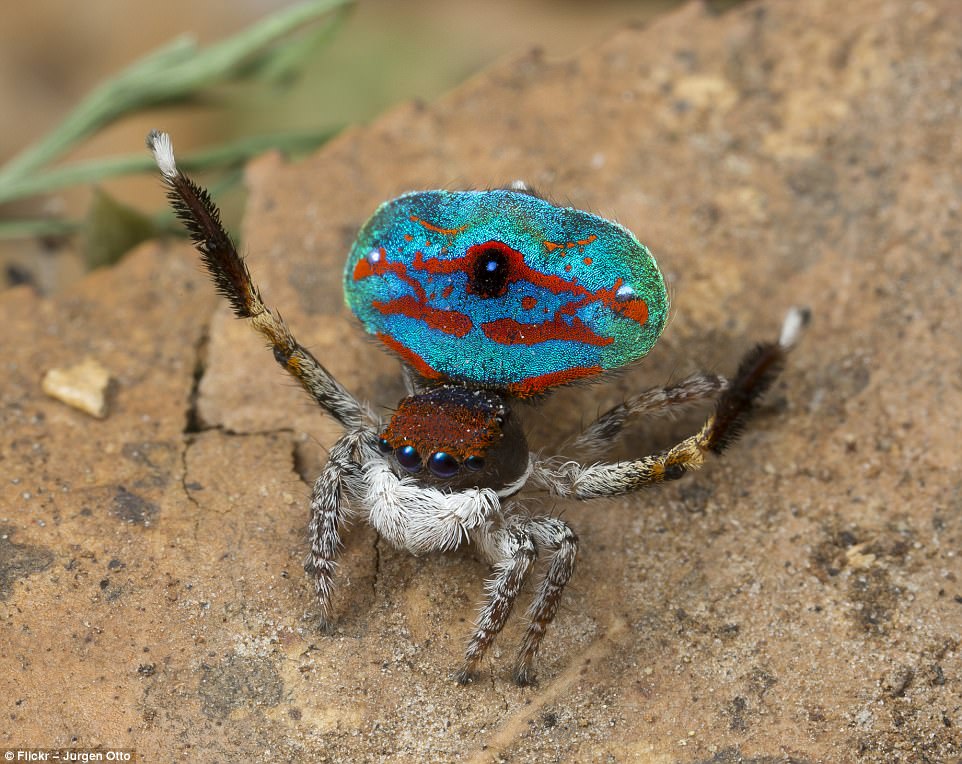 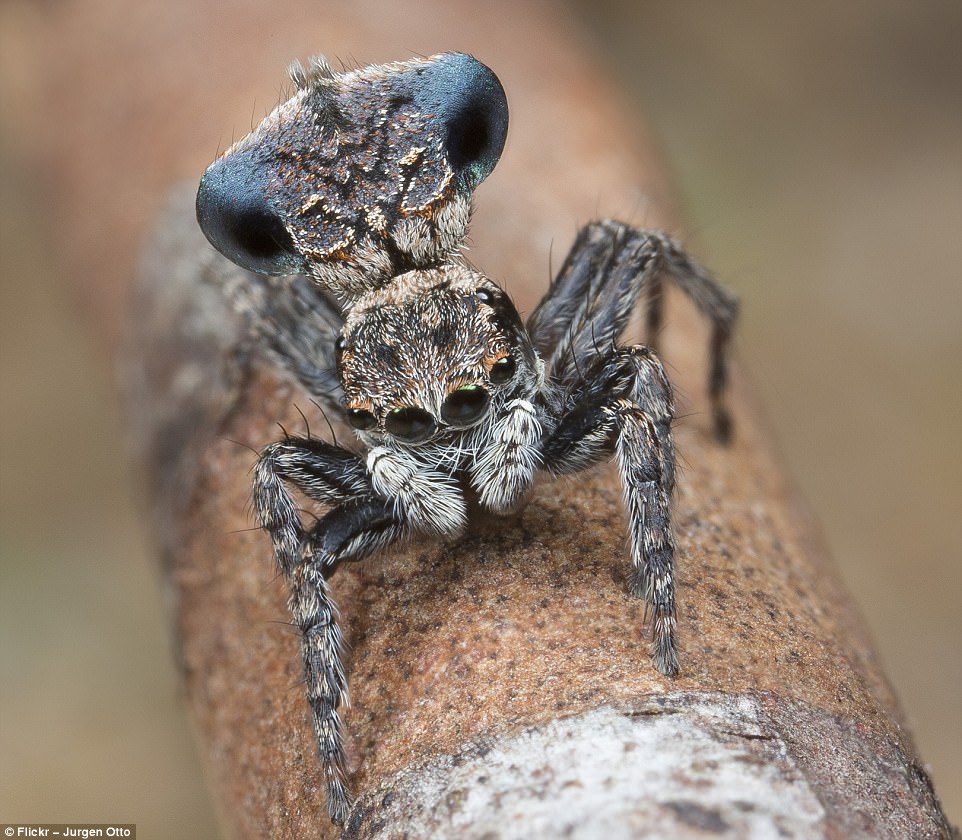 The females carefully study the colouring, vibrations and movements of the male to make sure the potential suitor is healthy and the correct species to mate with. 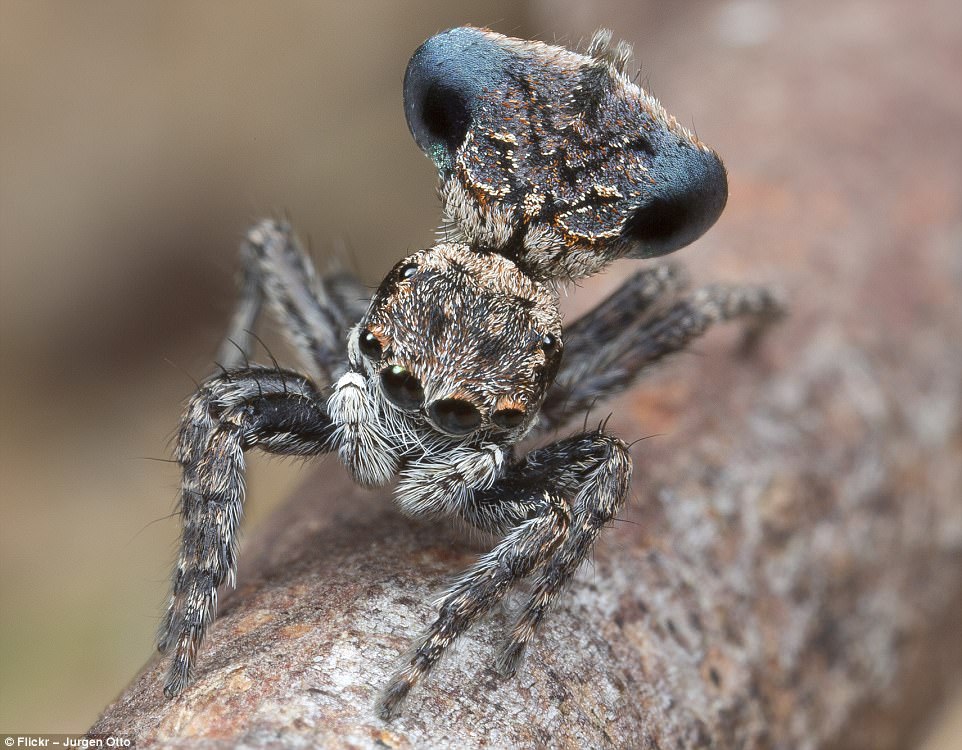