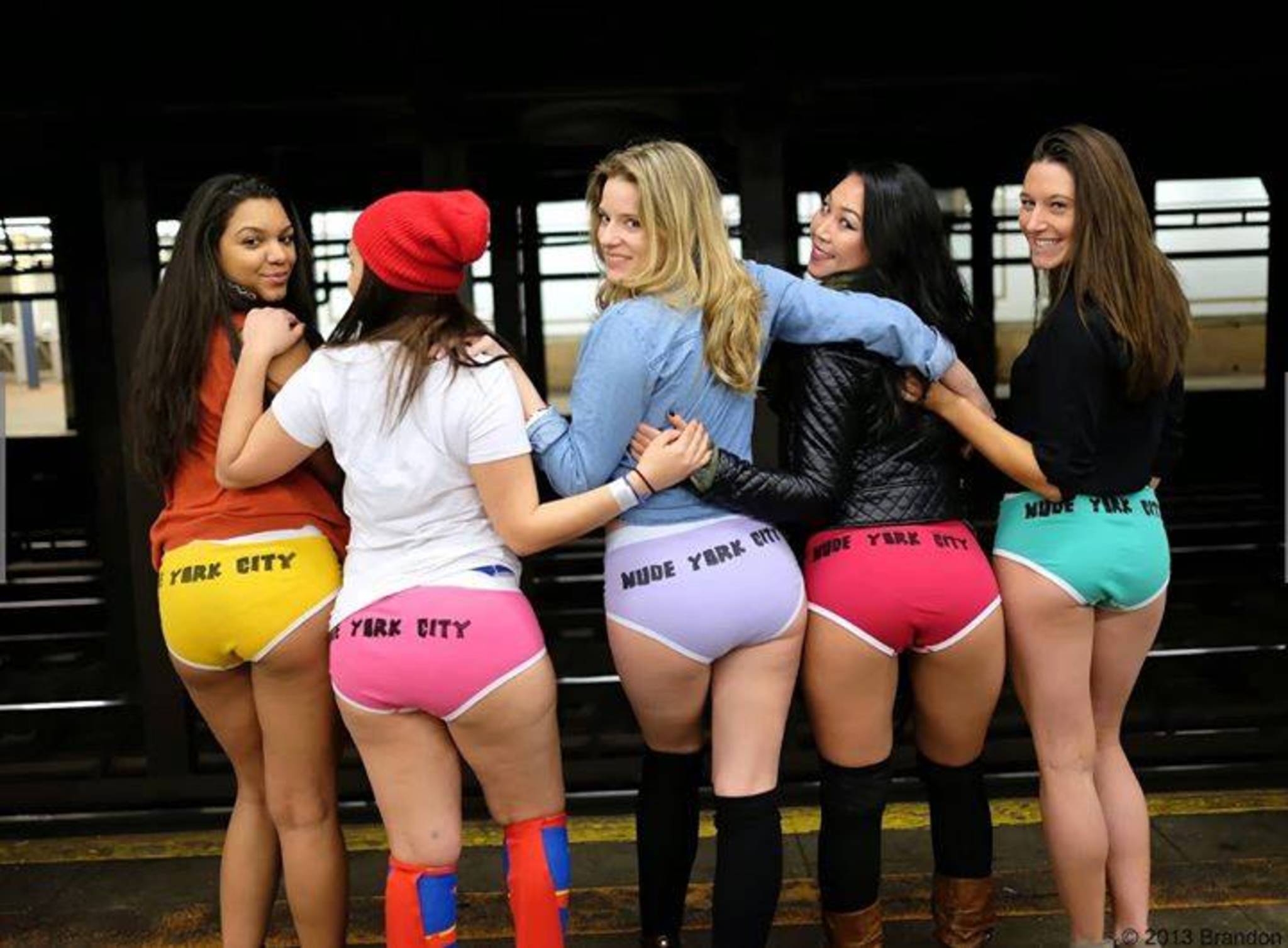 The 17th Annual No Pants Subway Ride was, January 7 in New York City. Tens of thousands of exhibitionists stripped down to their underwear to ride the world’s subways in an annual event designed to make people laugh.


The event was started in 2002 by New York-based comedy collective Improv Everywhere.

While the first ‘No Pants Subway Ride’ in New York had just seven participants, the event has grown each year, with organisers expecting thousands of people to take part in more than 60 cities on Sunday.

Improve Everywhere says there is “no agenda for the event apart from a desire to make others laugh and smile.”


1. Participants Of Annual No Pants Subway Brave Freezing Temperatures In NYC To Ride Subway In Underwear

2. Women in underwear pose for a picture after taking part in the No Pants Subway Ride braving freezing temperatures on January 7, 2018 in New York City.

3. Leona Jenkins, left, and Denesha Williams, right, both of Norristown, joke around during the No Pants Subway Ride in Philadelphia on Sunday. 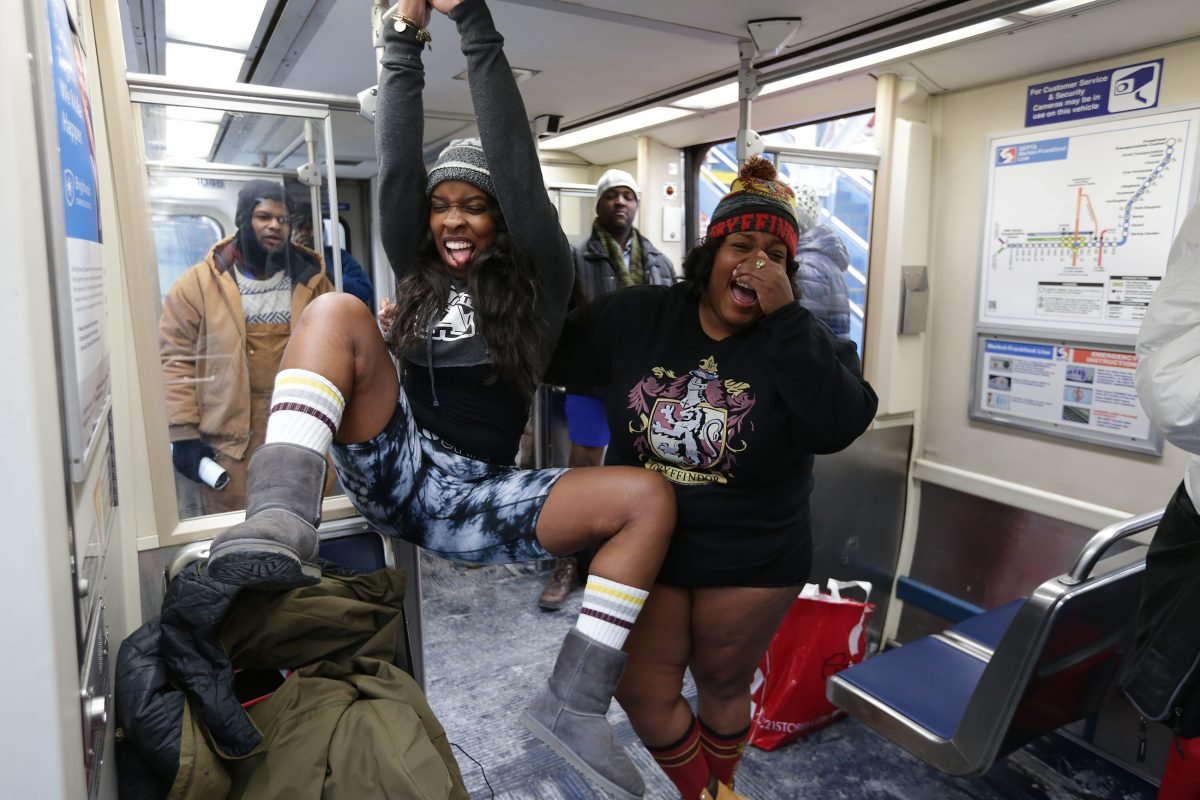 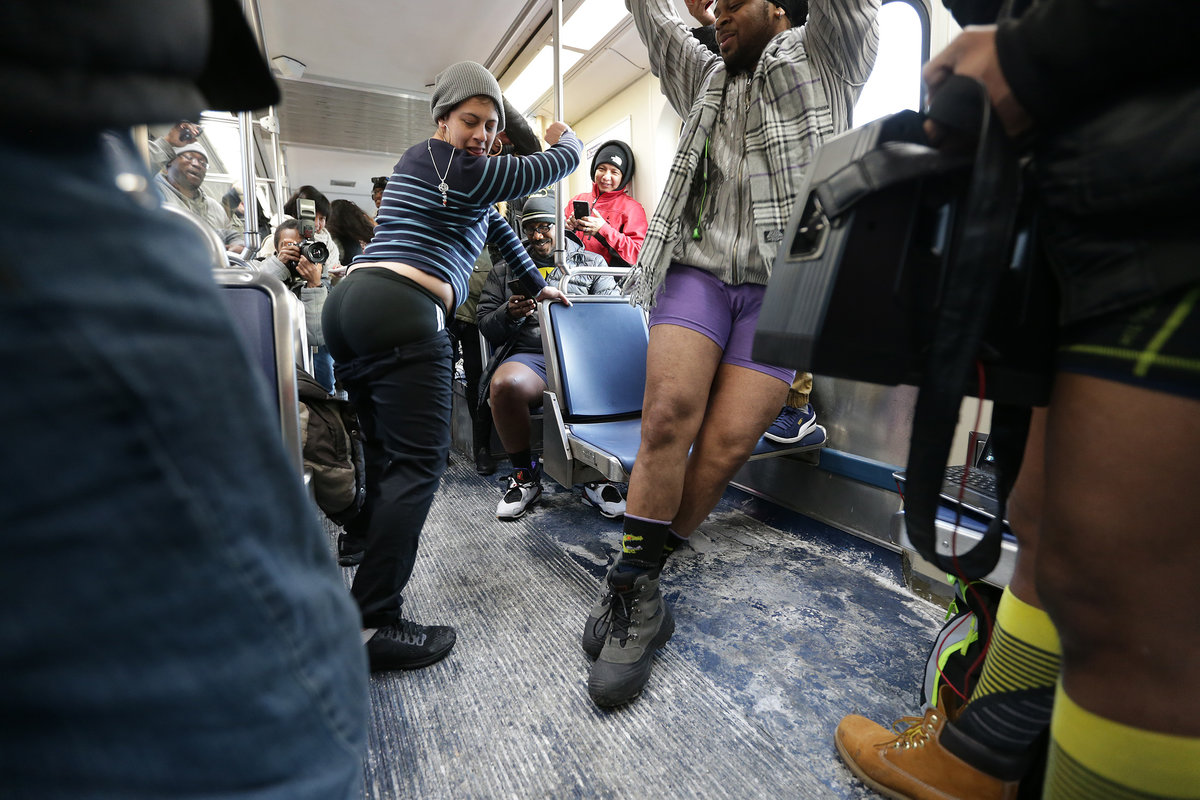 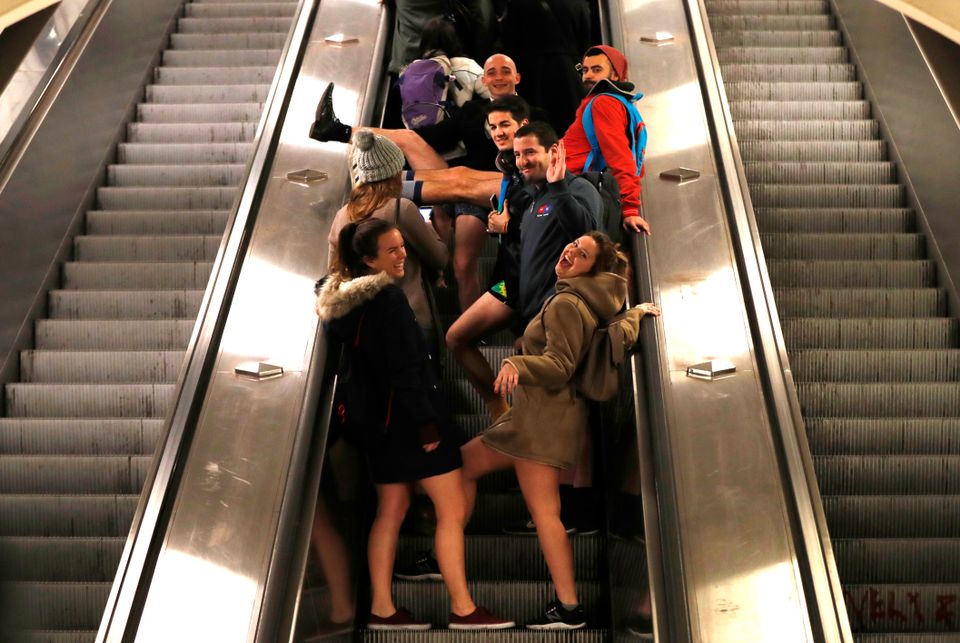 6. A woman shows her flexibility by doing the splits over the ticket barriers in Tower Bride, London 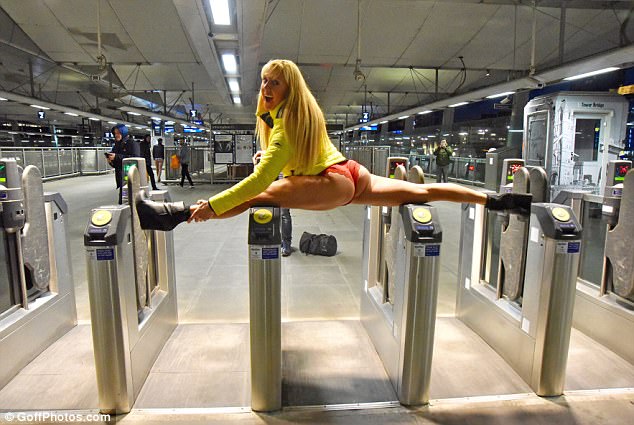 7. A woman draws looks from fellow passengers on the subway in Prague, Czech Republic on Sunday 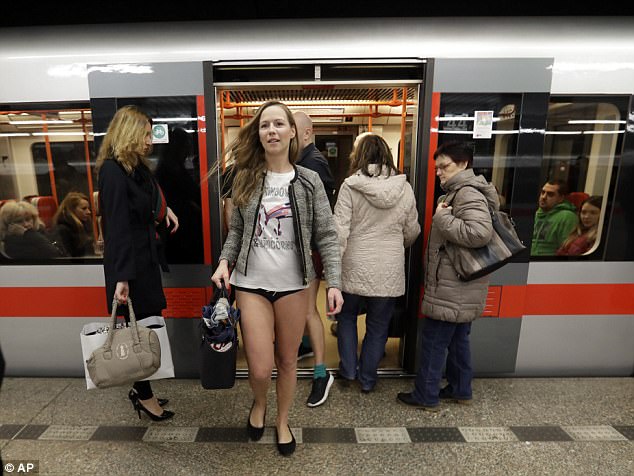 8. A couple baring their legs read a newspaper on the train in Munich, while another girl in her pants checks her phone 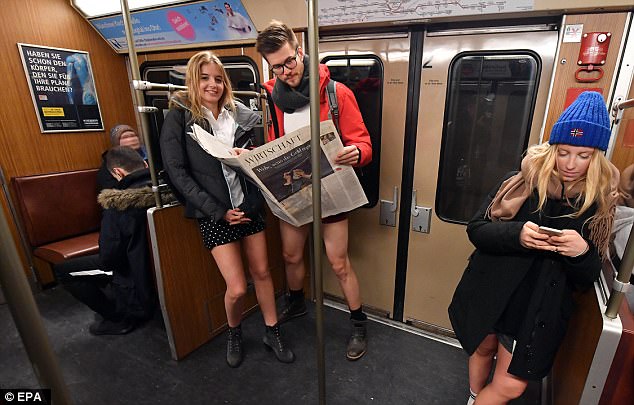 9. Women bare their buttocks on the escalators at a Tube station in London which turns the head of a fellow rail user 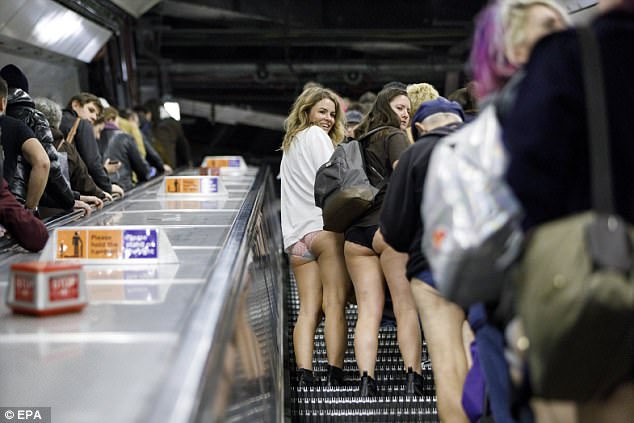 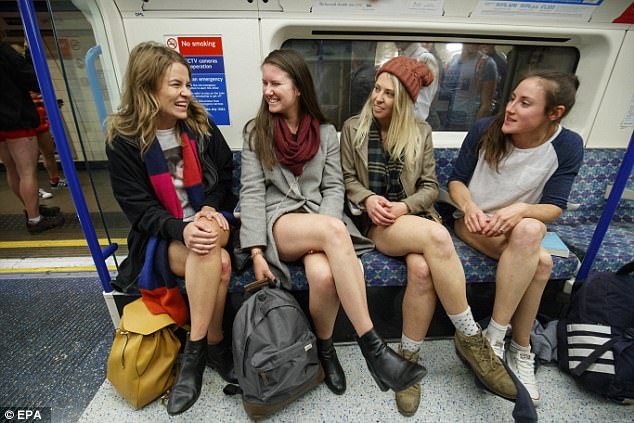 11. A fully-clothed woman slyly takes a photograph of participants of the event who are sitting in their pants on a Berlin subway 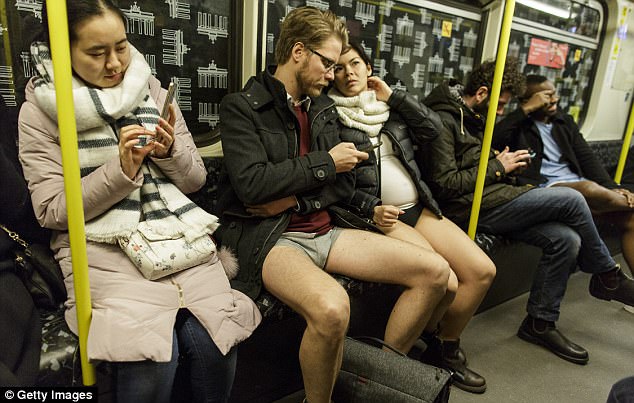 12. Four men in a line use the cashpoints wearing jackets but no trousers at Liverpool Street station in London 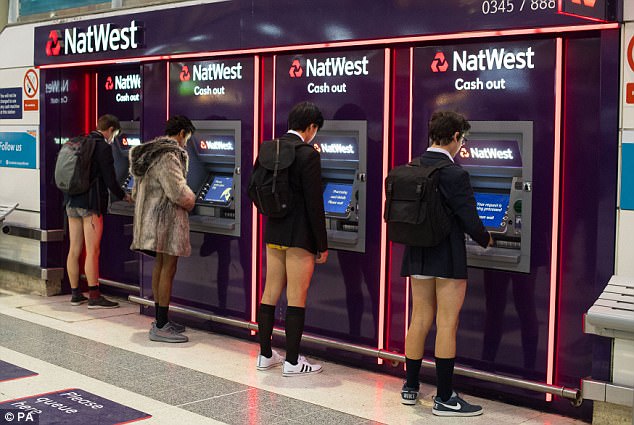 13. A couple make their way up the escalator at Liverpool Street station having disembarked the Tube 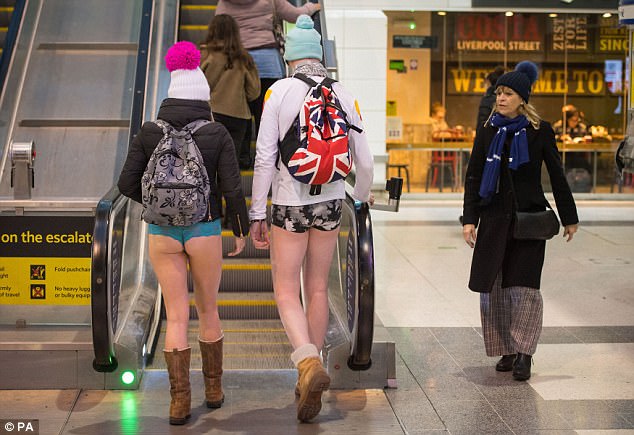 14. Two women check a phone wearing thick coats and scarves but not wearing any trousers 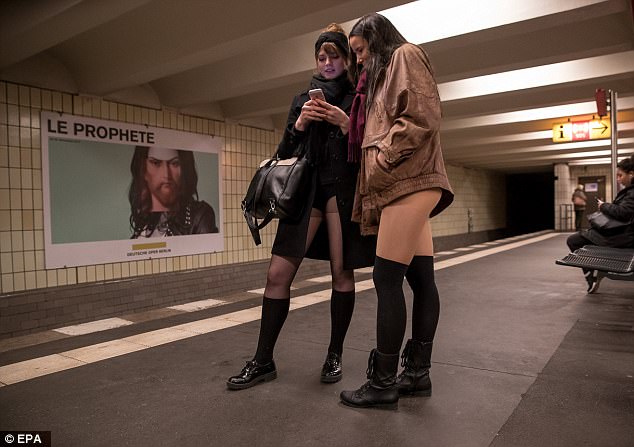 15. A man reads his magazine in his underwear as four young women ride the Tube in London 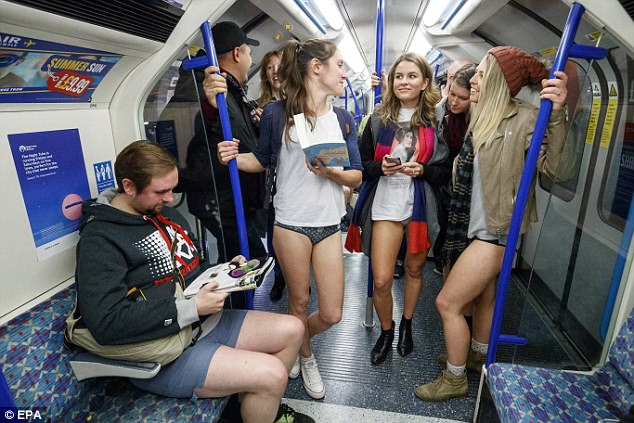 16. Passengers without pants step down the stairs in a subway station during the No Pants Subway Ride on January 7, 2018 in Prague 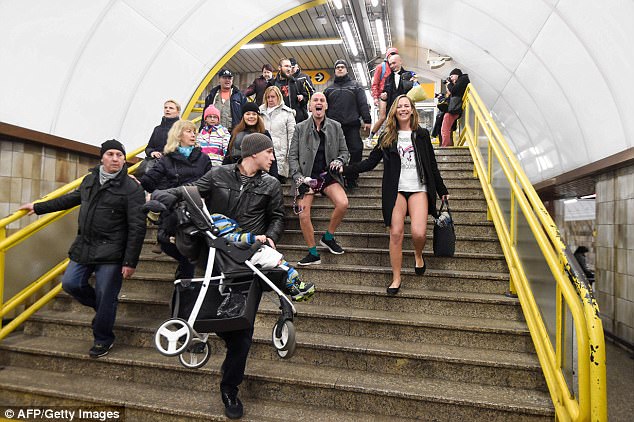 17. Passengers wait to get on the platform in Prague – many of them without their trousers on 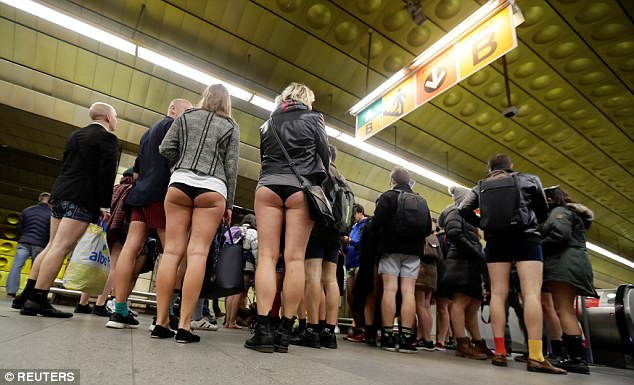 18. A woman and a man climb the escalator in the middle of fully-clothed subway passengers 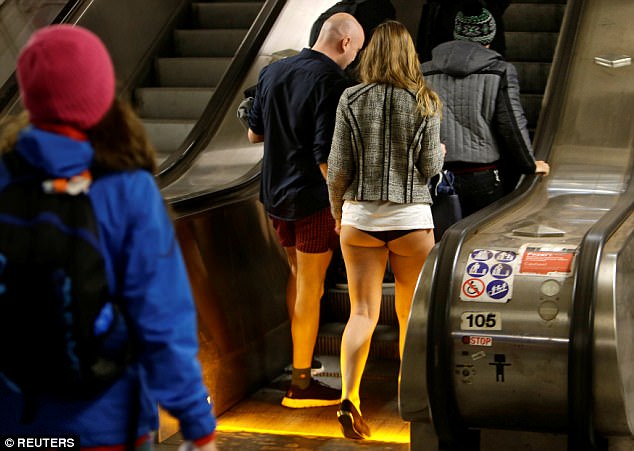 19. A group of participants disembark at Liverpool Street Station in London earlier today 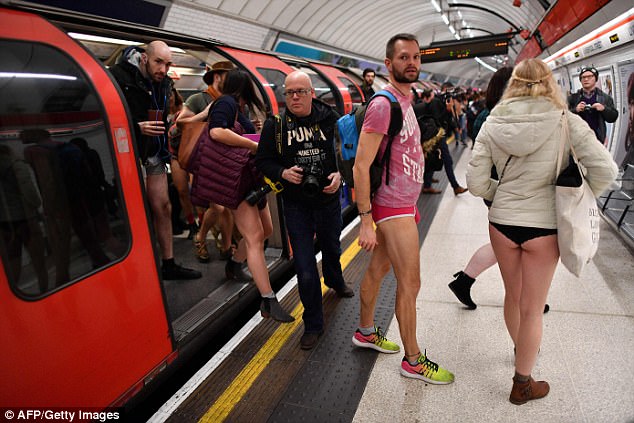 20.A man in a bobble hat and blue underwear makes her way up the escalator in Liverpool Street Station 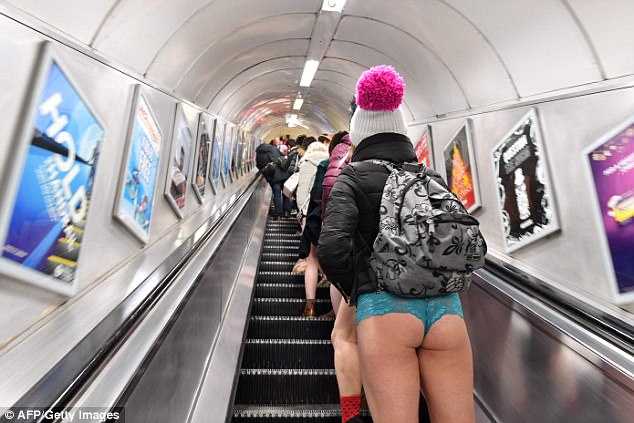 21. A group of participants make their way across the platform as the Tube to Brixton leaves 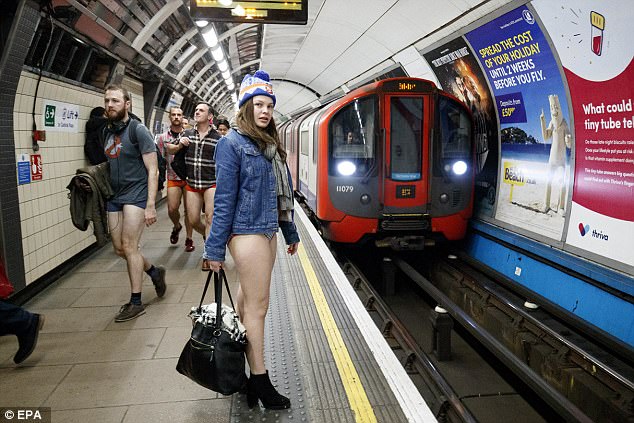 22. This woman clearly did not get the memo about the No Pants Subway Ride, with only her nose, cheeks and mouth visible in Prague 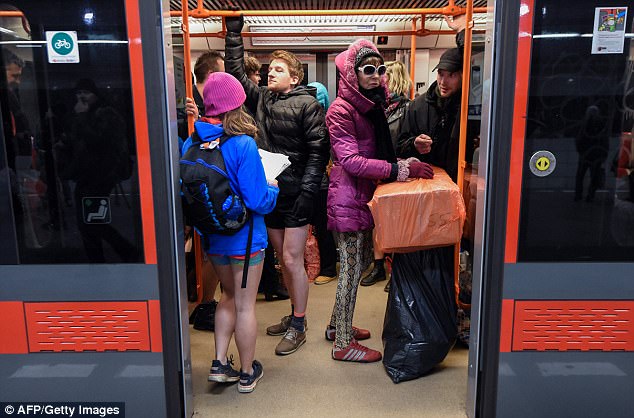 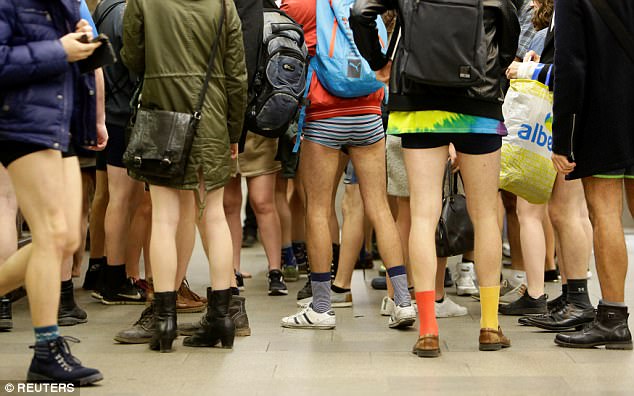 24. A woman steps onto the escalator at a station in Prague as fellow participants look down laughing 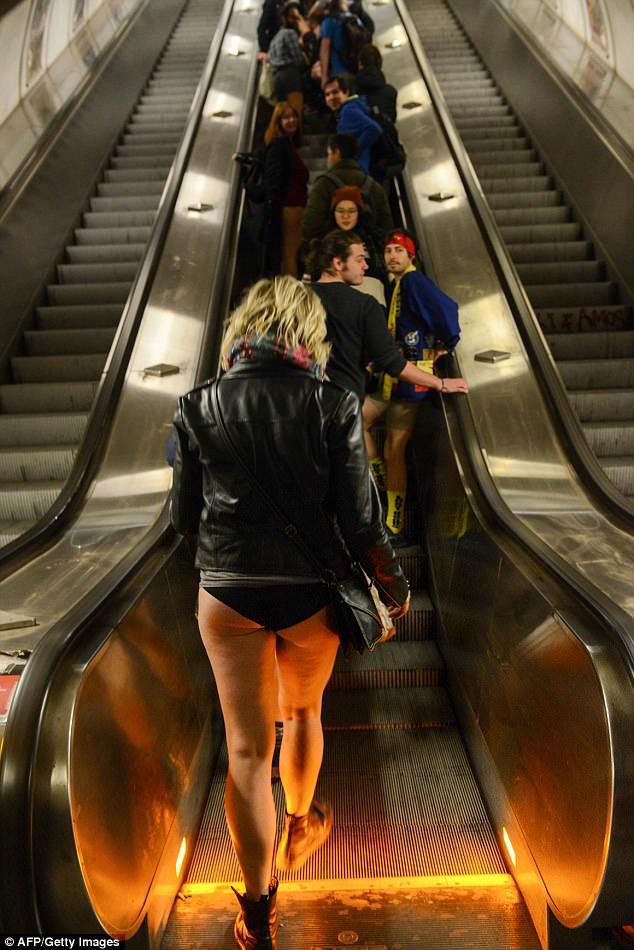 25. The participants make their way up the steps of a train station in Prague, Czech Republic, during the event 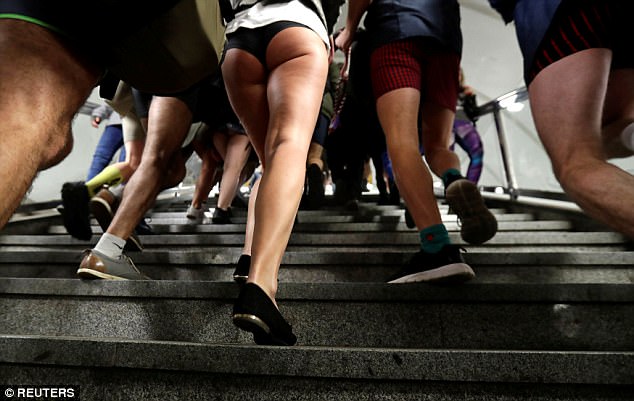 26. A man in jeans laughs with a woman in a leather jacket, a scarf and no trousers on a subway 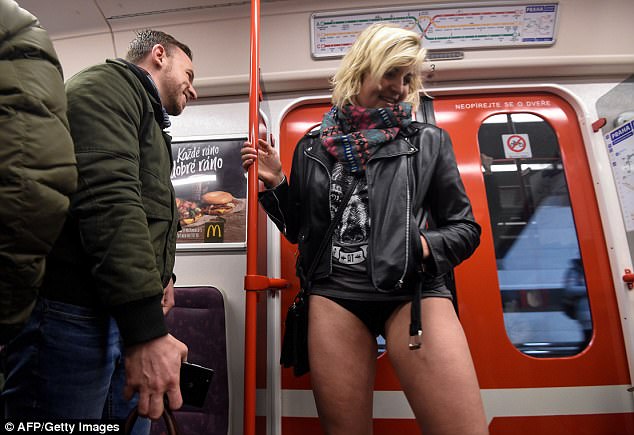 27. Participants of the No Pants Subway Ride By Odlo ride a commuter train on January 7, 2018 in Berlin, Germany 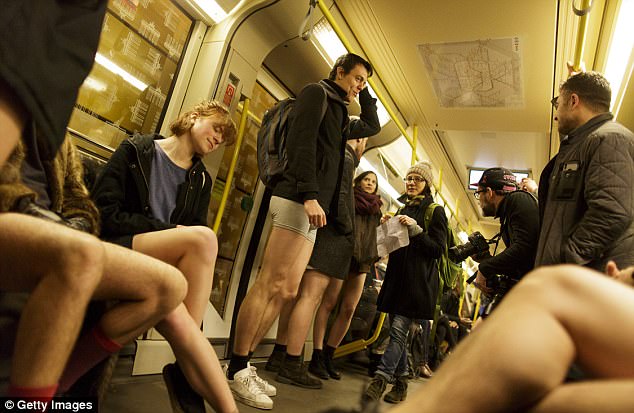 28. A woman wearing a Wonder Woman t-shirt and matching pants walks through the barriers carrying a coffee 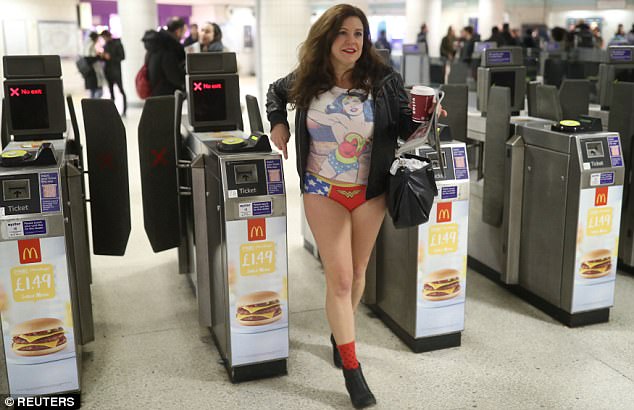 29. A man wearing a Cambridge University rugby Varsity hat sits next to a woman and a man in sunglasses on the Central Line in London 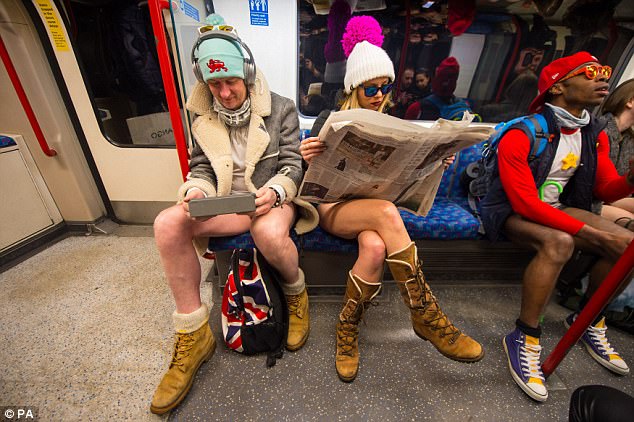 30. A woman in red trainers and a bobble hat stands waiting for a tram in the city of Jerusalem 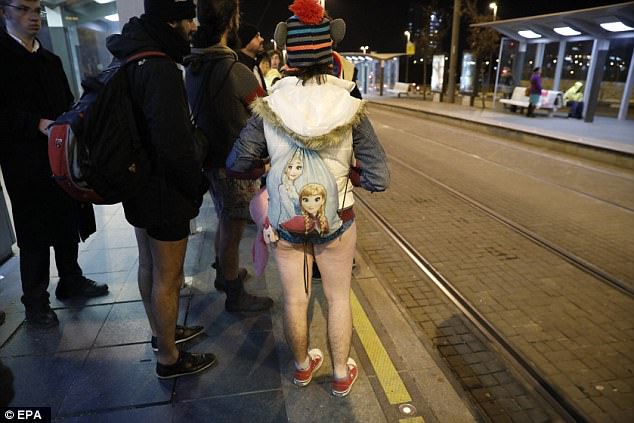