Home » Latest » Some Lesser Know Facts About Nadia Murad The Joint Winner Of Nobel Peace Prize Who Survived After Kidnapped And Sold Into Sex Slavery By ISIS! 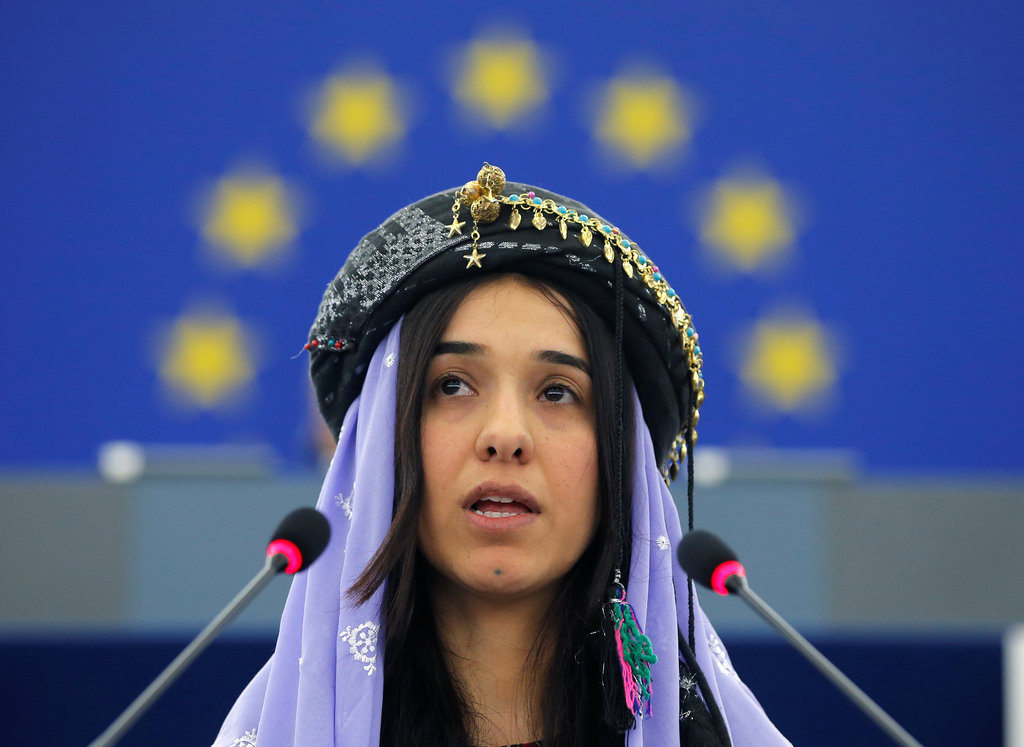 Nadia Murad, 25, an activist from the persecuted Yazidi religious minority in Iraq and a former captive of ISIS, was awarded the Nobel Peace Prize on October 5, 2018.

Nadia shares the award with Dr. Denis Mukwege, 63, a Congolese surgeon who treats victims of rape.

Nadia Murad, awarded the 2018 Nobel Peace Prize, is the witness who tells of the abuses perpetrated against herself and others. She has shown uncommon courage in recounting her own sufferings and speaking up on behalf of other victims.#NobelPrize pic.twitter.com/NeF70ig09J

The Norwegian Nobel Committee said in a statement that they had chosen Murad and Mukwege for their efforts to end the use of sexual violence as a weapon of war and armed conflict.

“Nadia Murad is herself a victim of war crimes. She refused to accept the social codes that require women to remain silent and ashamed of the abuses to which they have been subjected,” the statement said. “She has shown uncommon courage in recounting her own sufferings and speaking up on behalf of other victims.”

Let’s find out some lesser known facts about Nadia Murad:

She became the first Iraqi ever to win a Nobel Peace Prize.

As a child, Nadia Murad Basee wanted to be a teacher or open a beauty salon, but as she reached the cusp of adulthood Isis swept into her small Iraqi village, and destroyed her world, her family and her dreams.

Nadia was captured in August 2014 and sold into sexual slavery, targeted because her family belonged to the minority Yazidi religion.

Recalling her traumatic past in her book, “The Last Girl: My Story of Captivity, and My Fight Against the Islamic State,” Nadia wrote, “In 2014, when I was 21 years old, ISIS invaded my village, Kocho, in the Sinjar region of northern Iraq. 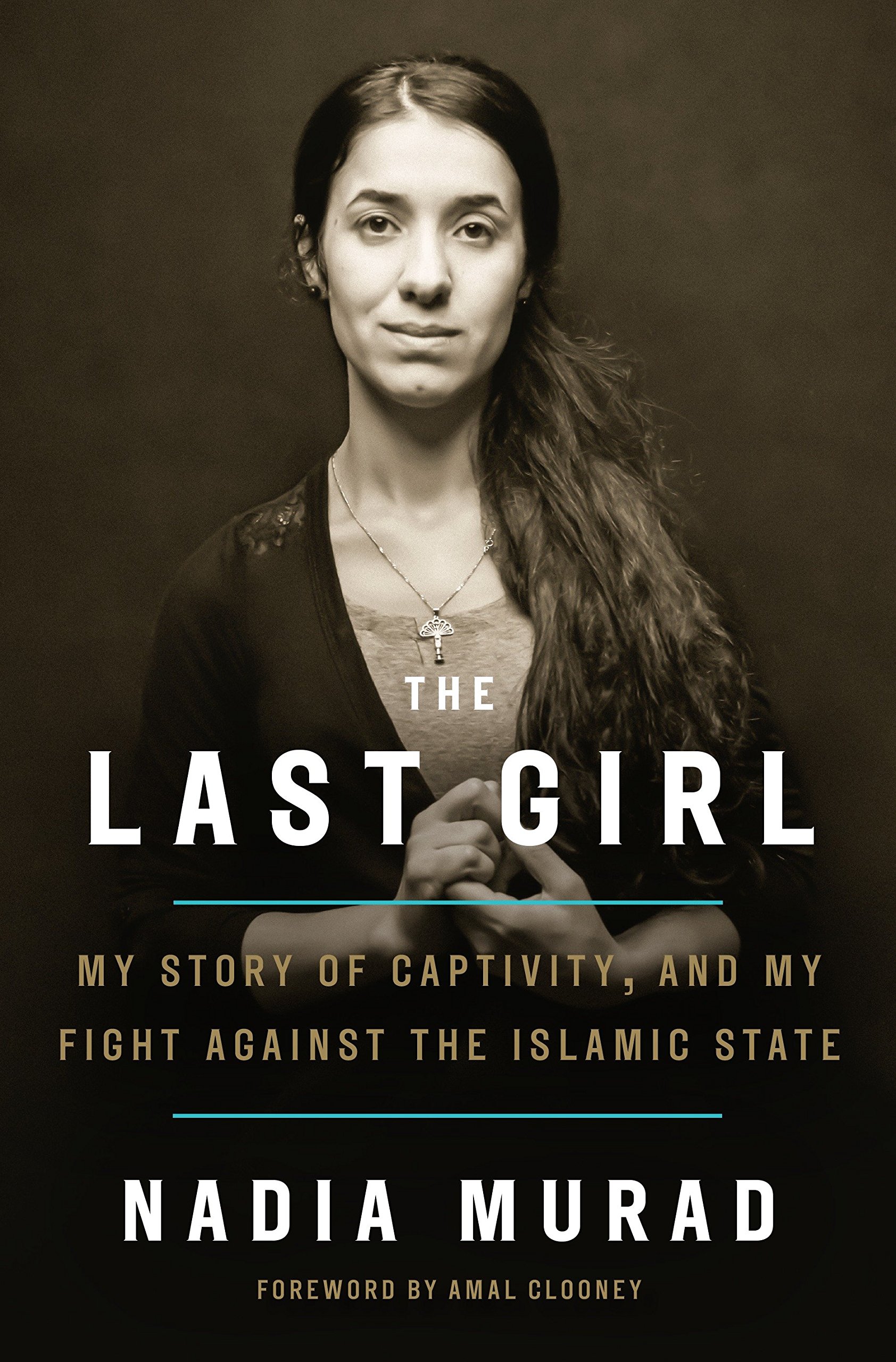 They gave the Yazidis—my people—only one choice: Convert to Islam or die. We didn’t convert. Soon after, residents were taken to a local school, and the men, including six of my brothers, were taken away and executed within earshot. Then the Islamic State militants turned their attention to the women and children.”

She further recounted her ordeal:

“Girls like me were loaded onto buses. While we waited, a militant walked over with a weapon in his hands and asked me if I wanted to convert. I shook my head. Then he gestured back to where the older women were being held. “If you convert, you can stay” I shook my head again. 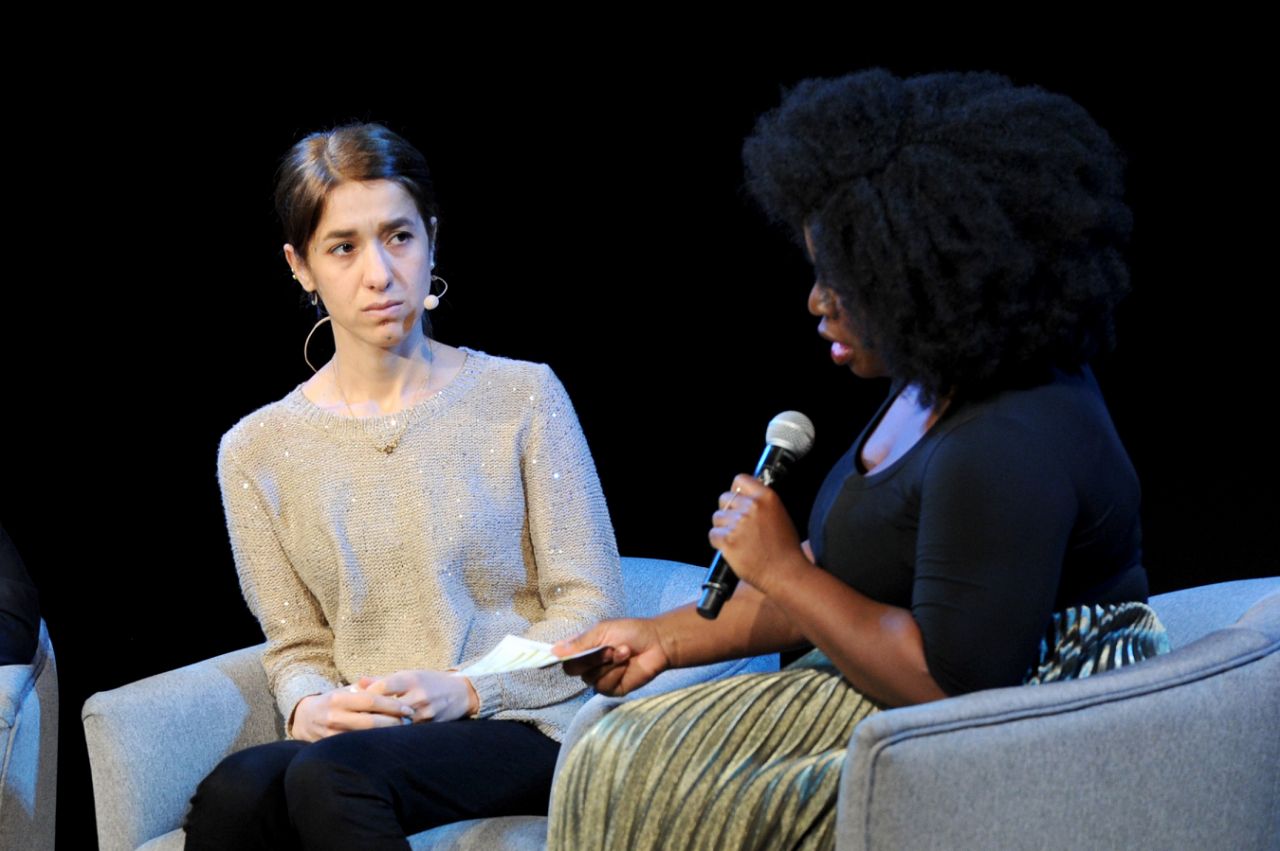 The bus was eerily quiet as we drove. All I could hear were the footsteps of another militant pacing the aisles. He seemed to enjoy his job, stopping to taunt girls, groping their breasts, and laughing as though amused by their panic.

Suddenly I felt a hand on my shoulder. I closed my eyes, praying the militant would go away, but his hand moved down the front of my dress and stopped on my breast. It felt like fire.

I screamed, “You brought us on this bus. You made us come, and this man won’t leave us alone!”

A commander sneered, “You are here to be sabaya, and you will do what we say.”

This was the first time I heard the word sabaya—or sex slave—applied to me. That moment was the moment I started dying. Every second with ISIS was a slow, painful death.

The buses took the women to Mosul, where Nadia was beaten, spit on, and burned with cigarettes. She was held in different houses for several days, then sold in a slave auction and forced to convert. 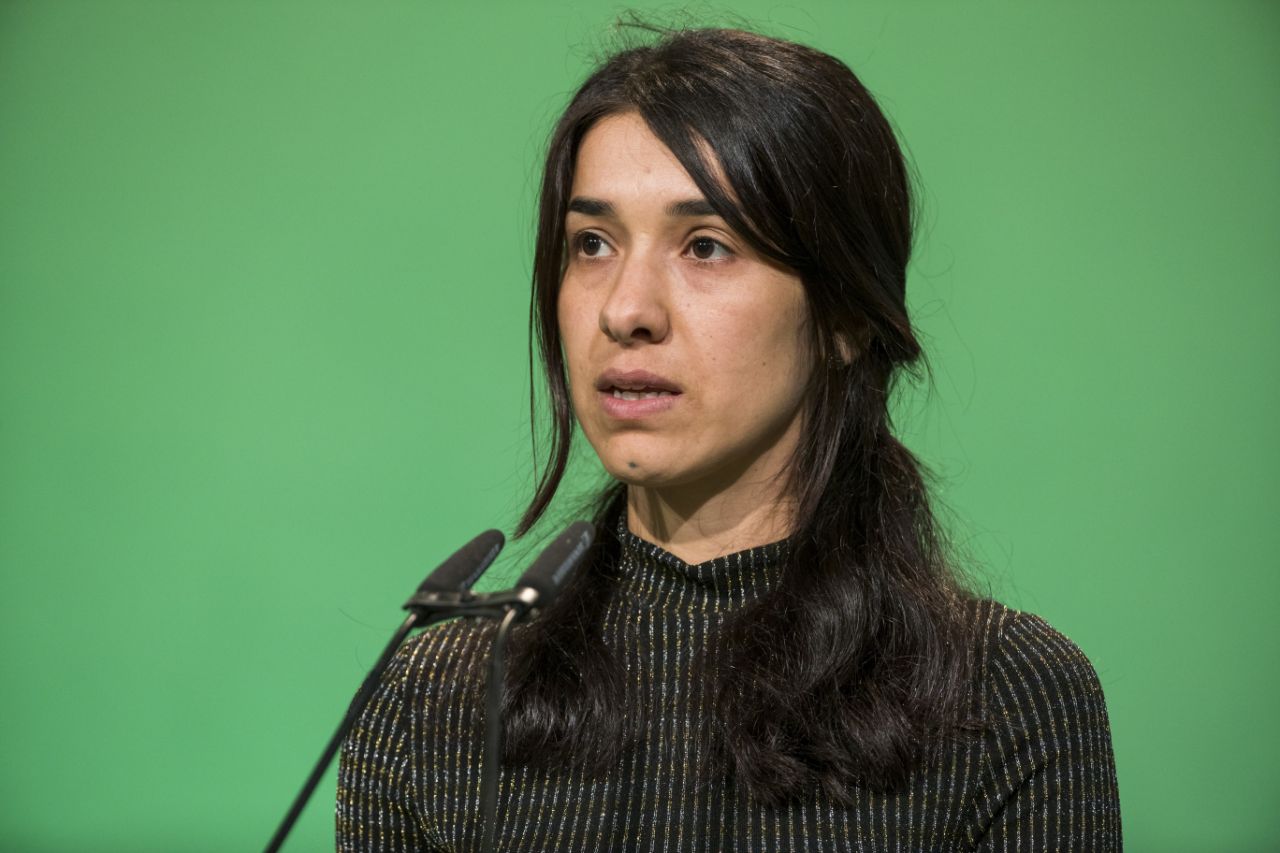 Her captor immediately began to physically and emotionally abuse her, pausing only to take a call from his wife. That was when Nadia realized the most chilling fact of her captivity: The women were in on it.”

Repeatedly raped and repeatedly sold on, she endured months of torture until one captor left a door unlocked. She gambled her life on an escape bid, and made it to safety.

” Once I escaped, I felt that it was my duty to tell the world about the brutality of the Islamic State,” she wrote in a New York Times.

Murad went on to become an activist, and in 2016, she became the UN’s first Goodwill Ambassador for the Dignity of Survivors of Human Trafficking.

She was named one of Glamour’s Women of the Year in 2016 and was included in our WOTY summit in 2017 in a powerful conversation with actress Uzo Aduba.

She has focused on support for survivors, and a long-term search for justice, calling on the world to collect and preserve evidence that would allow Isis militants to be brought to trial.

It has proved a long and often thankless campaign, even though she has built an extraordinary alliance of supporters, from celebrity lawyer Amal Clooney to Samantha Power, US ambassador to the UN under Barack Obama.

So, it is inspiring to see Murad recognised with perhaps the world’s most prestigious prize.

Who are Dr. Denis Mukwege and Nadia Murad? Check out the video to know more about Nobel Peace Prize 2018 winners