On  June 25 , 1947, Anne Frank’s “The Diary Of A Young Girl” was first published,  and her diary has since sold more than 30 million copies and has been translated into 67 languages.

And yet, despite the passage of time, her story was something new, a different way of understanding the horrors of the Holocaust. Who would have ever dreamed—that before the age of the Internet—the writings of a young girl, who died before reaching her 15th birthday, would “go viral” and have such a profound impact on so many people across the globe?

However, despite our familiarity with Anne Frank’s story, there are still 10 things you might not know about Anne Frank’s “The Diary Of A Young Girl”.

1. The “diary” Anne Received For Her 13th Birthday Was Actually An Autograph Book.

The aspiring writer decided it would be better used as a journal. She switched to two notebooks after the autograph book was full, and finally resorted to about 360 pages of loose leaf paper.

2. Anne Wrote Most Of Her Diary In The Form Of Letters To A Person Named “kitty.”

So who was Kitty? Scholars are divided. Some believe “Kitty” refers to Anne’s prewar friend, Käthe “Kitty” Egyedi. Others disagree, believing that Anne borrowed the name from her favorite book series, Joop ter Heul, in which the title character’s best friend was named Kitty. Egyedi, who survived the Theresienstadt concentration camp, later said that she did not believe the letters were meant for her.

Not all of the diary was addressed to Kitty, by the way. Early letters were also addressed to Conny, Marianne, Emmy, and Pop.

3. Anne And Her Family Were Found When They Were Betrayed By Someone—anonymous To This Day—who Knew Where They Were Hiding.

German officers raided the building and made arrests on August 4, 1944. The arresting officer, Karl Silberbauer, later said he vividly remembered arresting the Franks, and even told Otto Frank, “What a lovely daughter you have.” When Silberbauer’s actions were discovered in 1963, he was suspended from his job at the Viennese police force. He is quoted as saying, “Why pick on me after all these years? I only did my duty. Now I am suspended and I have just bought some new furniture and how am I going to pay for it?” After an investigation, he was allowed to return to his job.

Silberbauer also later admitted that he bought a copy of The Diary of a Young Girl to see if he had been featured. He wasn’t. “Maybe I should have picked it up off the floor,” he said.

4. Anne Died In Bergen-belsen Concentration Camp, But Not In The Gas Chambers.

Emaciated, she had already lost her mother to starvation, her sister to typhus, and believed her father to be dead. Three days after her sister’s death, Anne herself succumbed to typhus in March 1945. The camp was liberated by British troops a few weeks later.

5. Of The Eight People Who Had Been Hiding In The Secret Annex—anne, Her Sister, Her Parents, The Van Pels Family, And A Man Named Fritz Pfeffer—only One Survived.

6. Otto Frank Was Given Anne’s Diary By Miep Gies, One Of The Dutch Citizens Who Helped Hide The Franks. 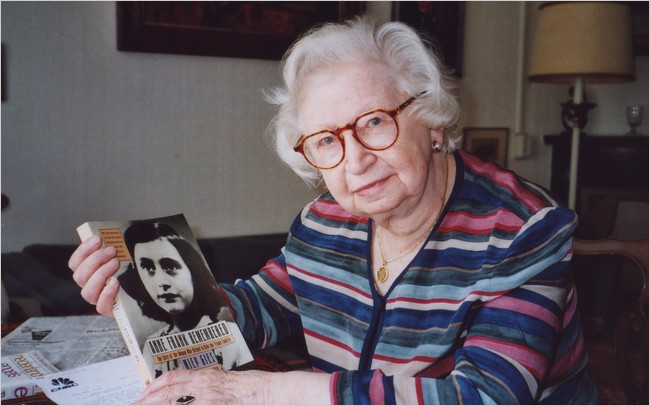 Gies collected the diaries and papers after soldiers left and hoped to be able to return them to Anne one day. After receiving the pages, Otto submitted them for publication, knowing that was what Anne had intended. The first edition of the diary was called Het Achterhuis, “The Back House.”

7. Had Miep Gies Looked At The Contents Of The Diary, We Never Would Have Gotten To Read Anne’s Innermost Thoughts. 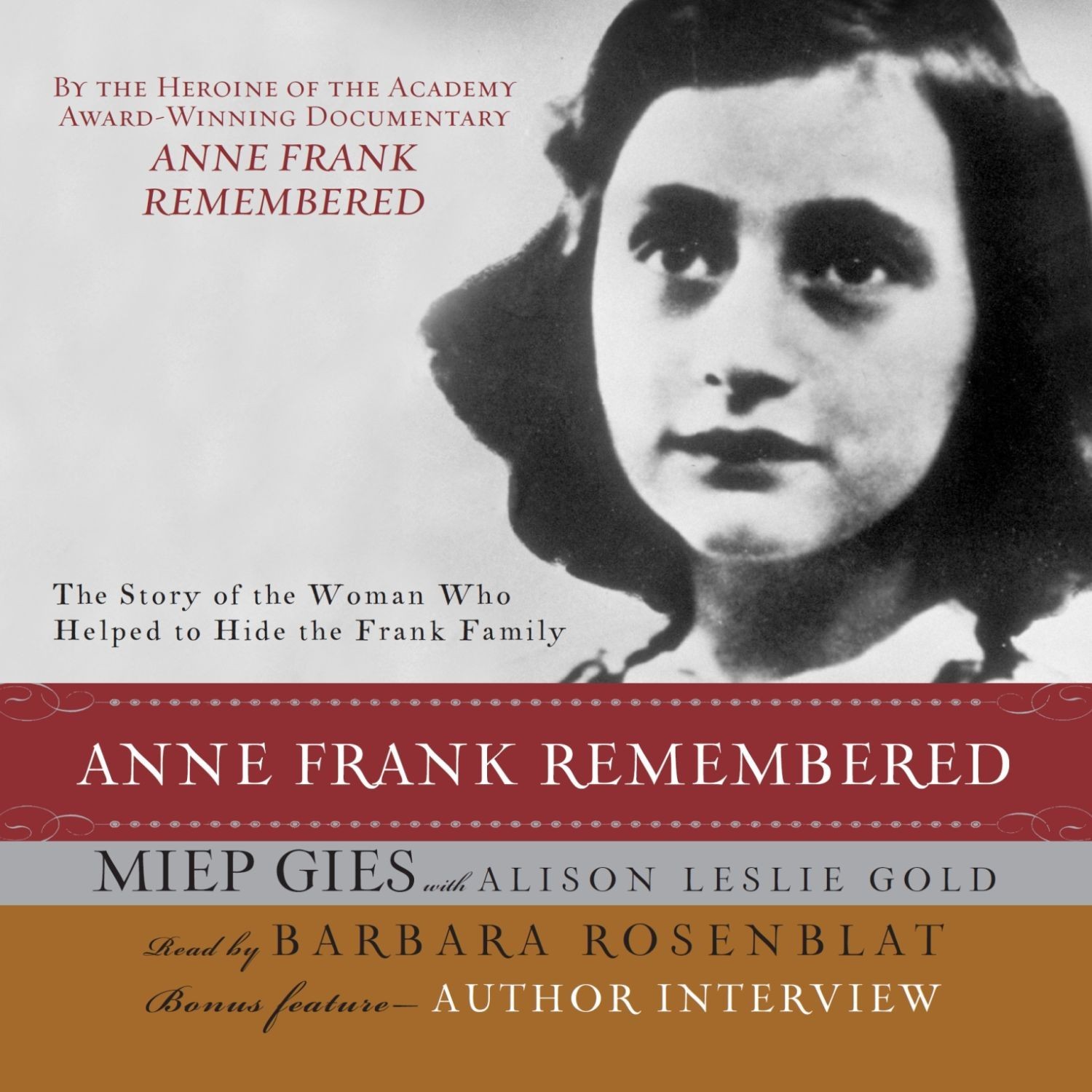 Gies later said that if she had known what was inside, she would have destroyed the writings because they incriminated everyone who helped hide the Franks, the van Pels, and Fritz Pfeffer. Otto Frank finally persuaded her to read it when the book was in its second printing.

8. The Diary Of A Young Girl Is Often On The Controversial Books List, But Not For Reasons You Might Think.

There are passages in the diary in which Anne expresses curiosity about her anatomy—a totally normal thing for a girl in her teens to do. In fact, the passage is more humorous than “pornographic,” as some protesters have called it:

“There are little folds of skin all over the place, you can hardly find it. The little hole underneath is so terribly small that I simply can’t imagine how a man can get in there, let alone how a whole baby can get out!”

9. AND THAT’S NOT EVEN THE DUMBEST REASON PEOPLE HAVE TRIED TO HAVE THE BOOK BANNED FROM SCHOOLS.

In 1983, a school in Alabama tried to block Anne’s diary from schools simply because it was “a real downer.”

You can catch this one here

10. Some People—mostly Holocaust Deniers—believe That Anne Frank’s Diary Is A Forgery.

In an effort to put these rumors to rest, the documents were analyzed for handwriting, glue and binding methods, and the types of ink and paper. Nothing was found that would even remotely point to the diary being a fake.

To end, I give you the only existing footage of Anne Frank, taken as she watched a neighbor get married on July 22, 1941.

Want to add some more facts about Anne Frank’s The Diary of A Young Girl? Add here in the comments below.