Home » Out Tonight Seeing The Supermoon? It’s The Fifth Largest Moon In The Solar System And The Only Place Beyond Earth Where Humans Have Set Foot 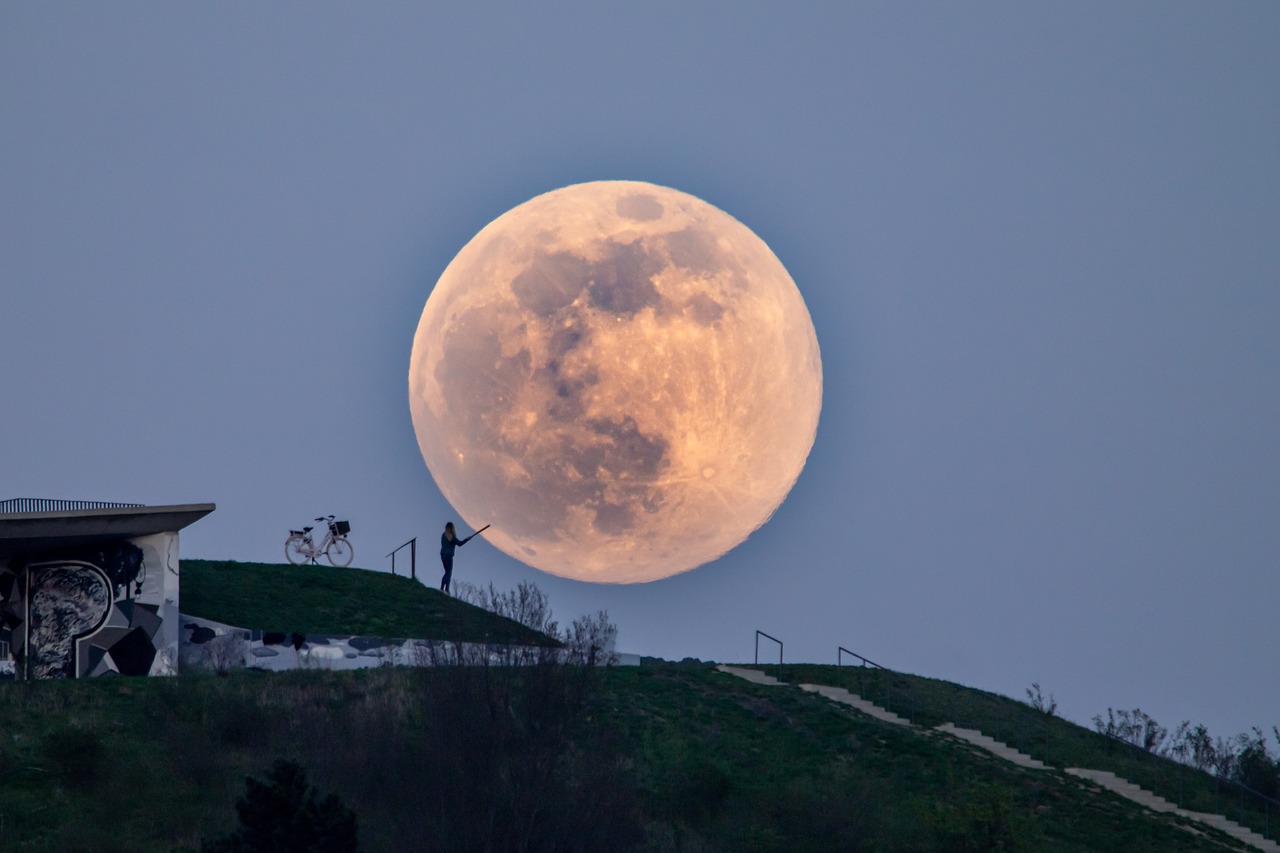 The year is set to close with the biggest moon that most people alive will ever have seen.

The satellite is orbiting as close to Earth as it has done for almost 70 years tonight, but Monday is expected to be the best evening for capturing a rare close-up of the moon.

A supermoon happens because of the strange, egg-shaped orbit of the moon. One part of the orbit known as the perigee, is about 30,000 miles closer to earth than the apogee, or the furthest part.

Scroll Down For Supermoon Video

Although the countryside is the best place to see the night’s sky in all its glory, there was still some stunning scenes over London landmarks such as Canary Wharf and the Eye.

The satellite is orbiting as close to Earth as it has done for almost 70 years tonight, but Monday is expected to be the best evening for capturing a rare close-up of the moon

Although the countryside is the best place to see the night’s sky in all its glory, there was still some stunning scenes over London landmarks such as the Eye

The capital’s centre, including The Gherkin, can be seen here underneath the supermoon. Gazers in the south-east of England in particular are advised to get out tonight while they can still enjoy a clear night

The moon’s orbit is elliptical rather than perfectly circular, so as the moon moves around the Earth it is sometimes a little bit closer and sometimes a bit further away from us. It is seen here above the 02 Arena, south-east London

The supermoon can be seen here through the clouds behind the Emirates Air Line cable car, in London’s Docklands

A funfair ride spins around in London, with the enlarged lunar shining in the background

A commerical jet flies in front of the moon on its approach to Heathrow airport in west London on. The moon can be seen in incredible detail behind it

The differences in apparent size and brightness amount to few percent but they can enhance the already beautiful sight of the full moon, pictured here rising near Glastonbury

Spectacular photographs of the biggest supermoon for generations are already being captured, such as Whitby Abbey in North Yorkshire – and the best is yet to come

Many things will be changing at the White House over the next few months. Barack Obama was at least able to see the moon closer than any president will for 18 years

Its glow can be seen here over the Manhattan Bridge, New York. It could be even bigger tomorrow night if the clouds can stay out of the way

We usually get between four and six supermoons a year, but this one is special because the moon will be closer to Earth than at any time this century, and we won’t get as near again until 2034 (again seen here above Washington DC)

The moon is seen in its waxing gibbous stage behind the head of the Christopher Columbus statue at Columbus Circle, New York

One of the earliest photographs to be taken of the supermoon in America was this one in Central Park, which was captured just as it appeared

The moon rises beyond flags atop Fraser Hall on the University of Kansas campus in Lawrence, Kansas

You may also like Awesome Autumn! Stunning Photographs Showing Glorious Golden Leaves And Mist Rolling Through The Valleys

Residents in Washington DC (left) Longport, New Jersey (right), were also able to catch a good glimpse of the phenomenon

Visitors enjoy an unobstructed view of the spectacle as it ascends over the Lake Michigan shoreline in Milwaukee, Wisconsin

The moon’s orbit is elliptical rather than perfectly circular, so as the moon moves around the Earth it is sometimes a little bit closer and sometimes a bit further away from us (pictured here above Sydney, Australia)

The silhouettes of two men can be seen posing for surreal-looking images in Istanbul, Turkey, where one man looks as though he is floating

The supermoon rises above Hefer Valley, in Israel, this evening as photographers all over the world took the opportunity to capture it

And it was not just Brits who were getting in on the act, with the supermoon also snapped above Russia, such as this example over a statue of Lenin

The moon rises behind a sculpture of Don Quixote De La Mancha in Munera, near Albacete, Spain

The supermoon photographed without anything blocking it over perfectly clear skies in Austria’s capital, Vienna

See the biggest supermoon in a generation coming November 14