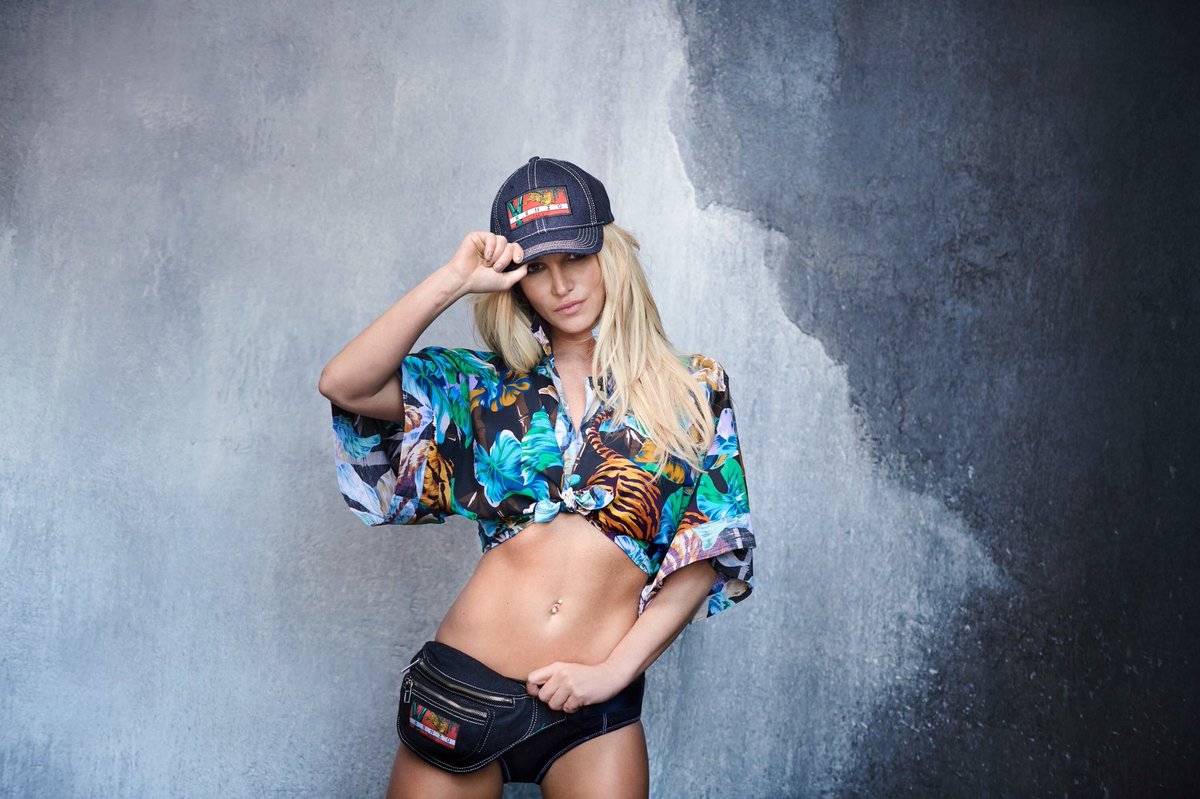 Britney Spears was seen proudly showing off all the results of her training as she hit the beach in a tiny white bikini. The pop star, left little to the imagination in a white bikini that completely showed off her toned and svelte physique.

Having spent the past month entertaining thousands of fans in Las Vegas with her “Piece of Me” residency show, it’s understandable that she’s taken herself straight to the beach as her month off begins. Britney was joined on the trip by her mom Lynne and her two sons, Jayden James and Sean Preston.

The 35-year-old singer is currently on vacation with her family  and she put her rock hard abs on display in a bikini. 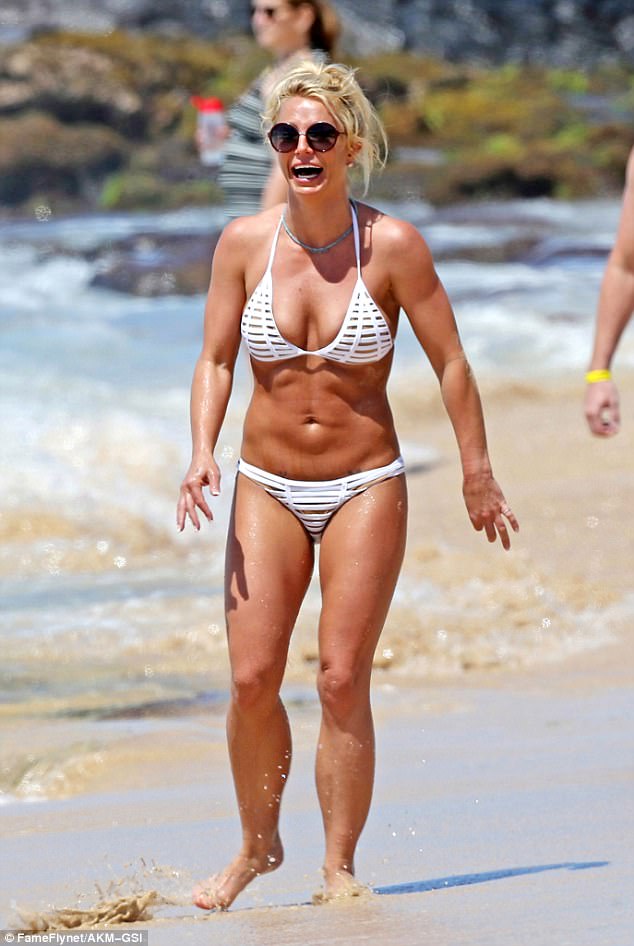 Life’s a beach! And it seems Britney couldn’t have been happier to be enjoying on the beach 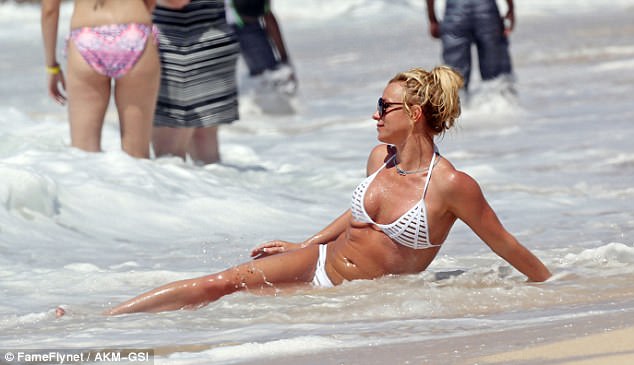 The singer laid out in the surf 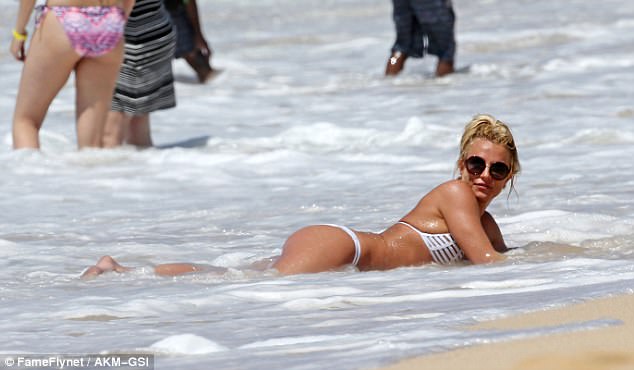 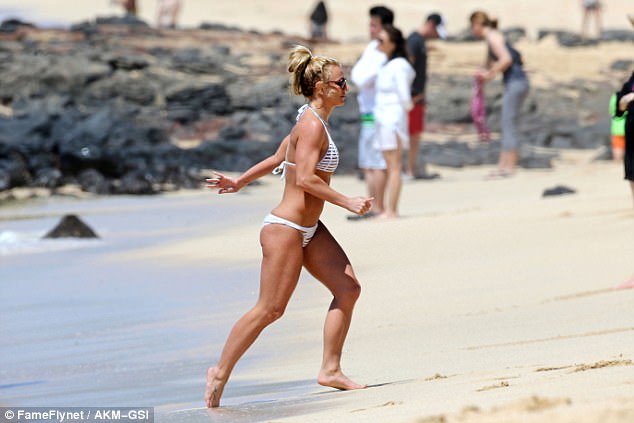 She splashed around the Pacific Ocean for a bit

Britney was clearly having the time of her life 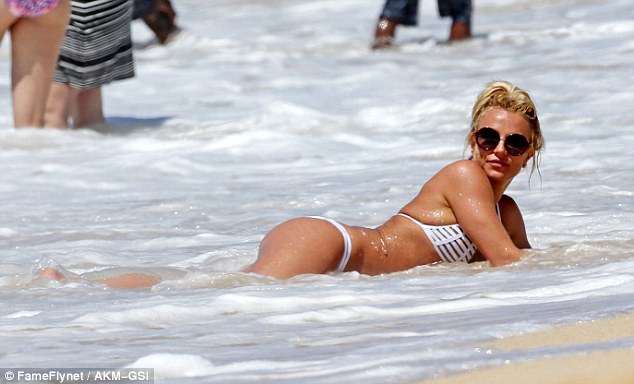 Hello sunshine! The hit-maker was clearly in top spirits 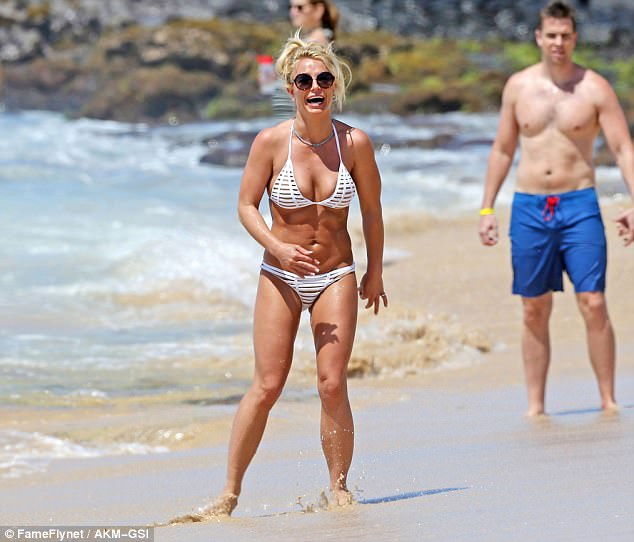 Topping up that tan! Spears frolicked on the beach as she got in some rays

Britney was joined for her beach getaway by her mother, Lynne, who was spotted enjoying the day while laying out on her towel 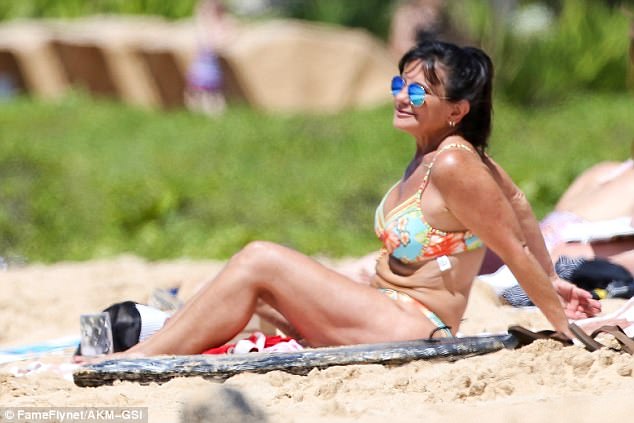 The ladies assembled on the sand 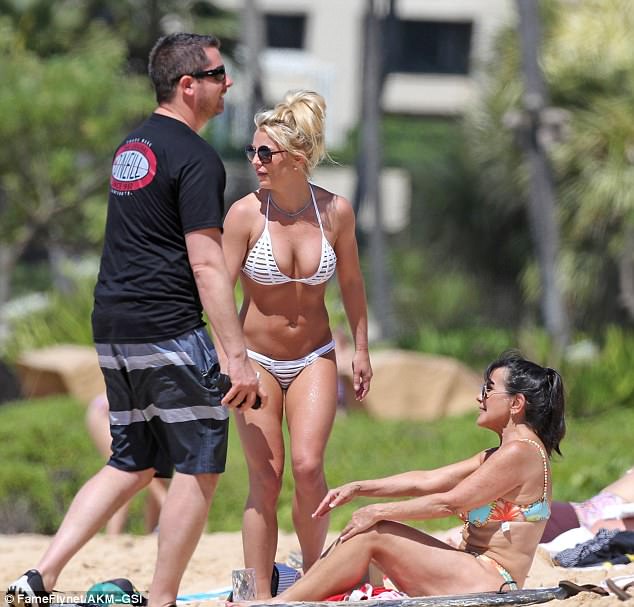 Sun’s out! The Toxic singer laid belly first on the sand as she got in a tan 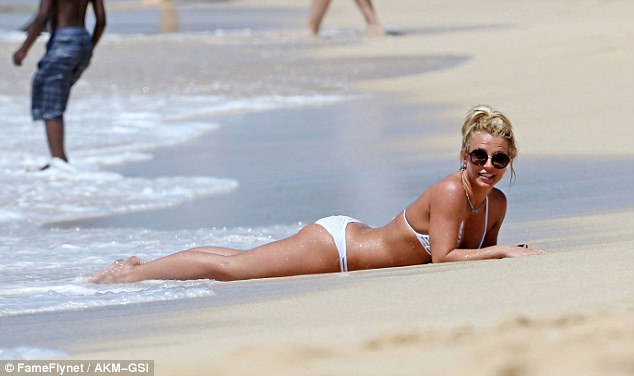 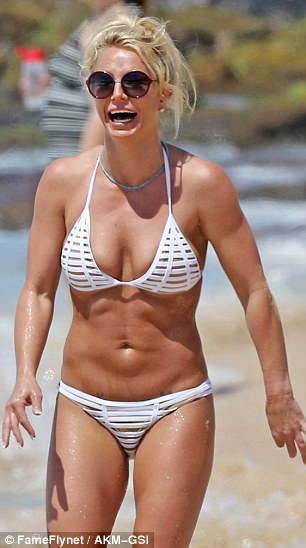 Making waves! The star frolicked barefoot in the surf 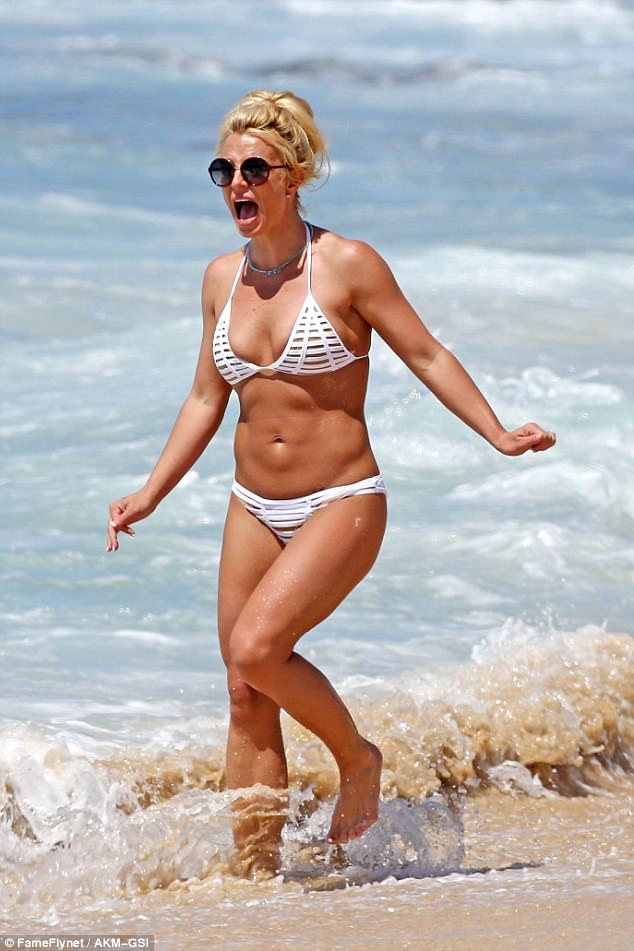 Lynne smiled as she enjoyed some quality time with her daughter 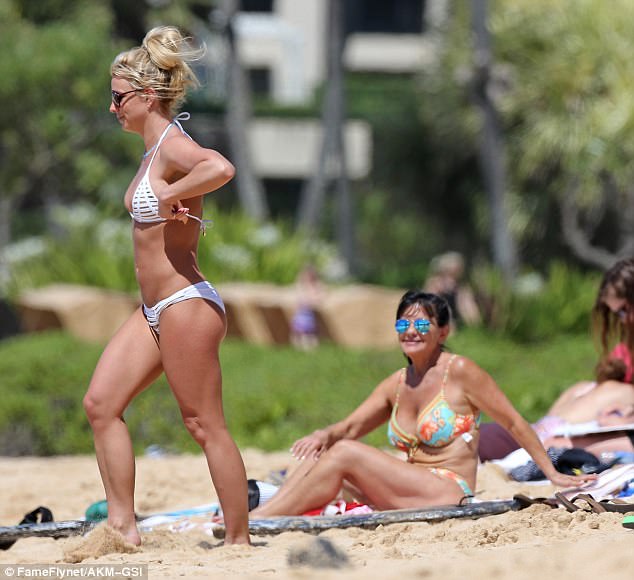 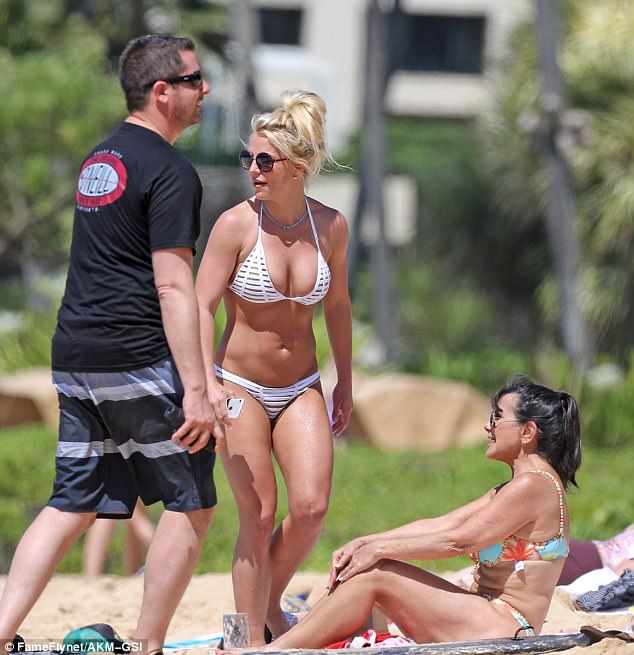 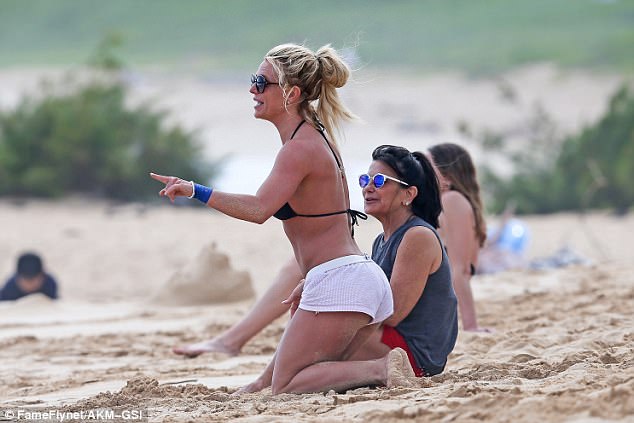 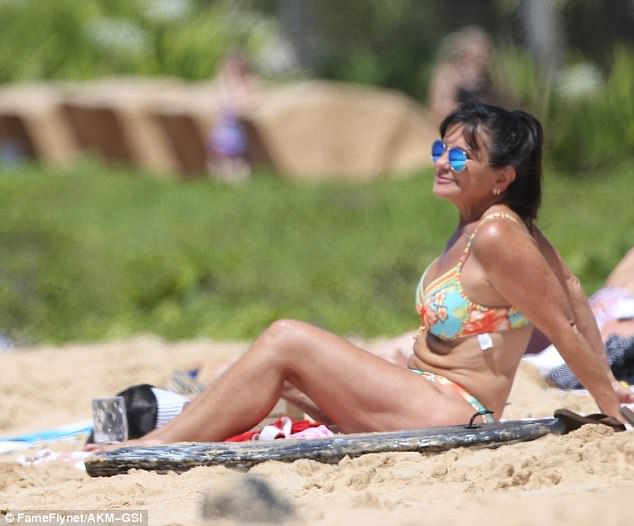 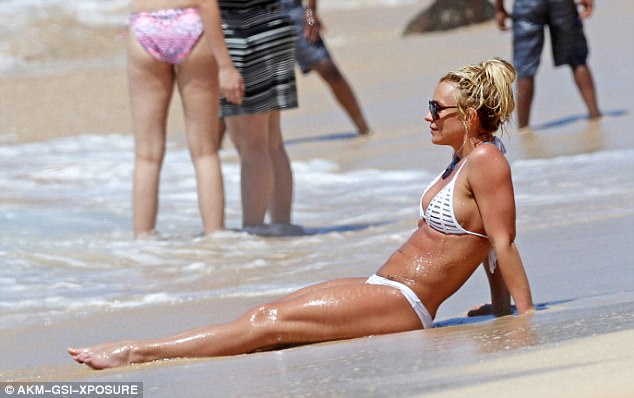 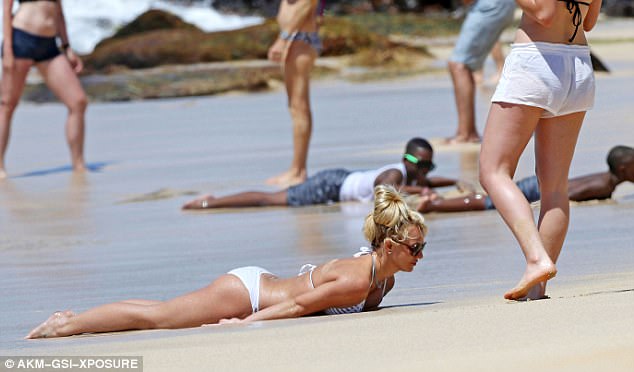 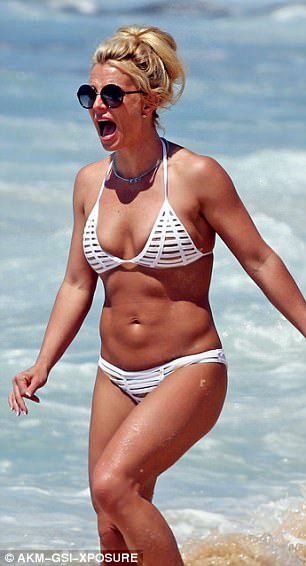 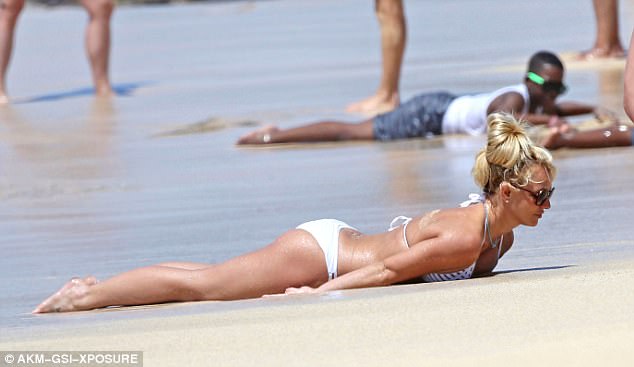 Skin is in! The star lounged seductively in the water 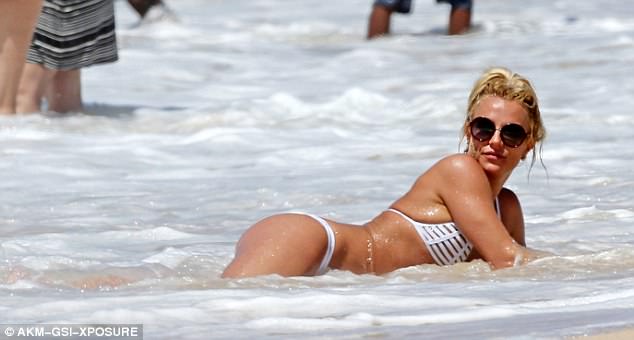 Girls only! Spears padded about barefoot beside Lynne 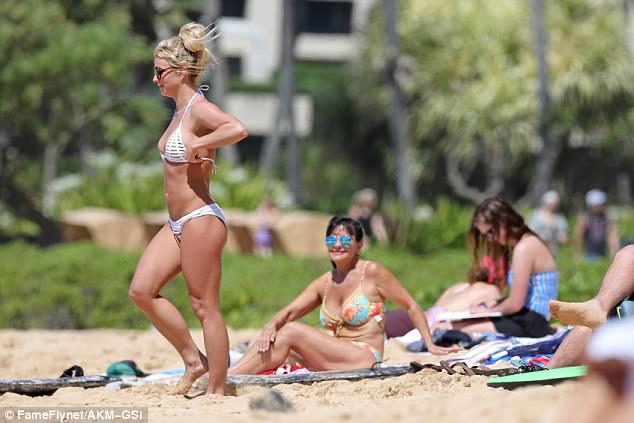 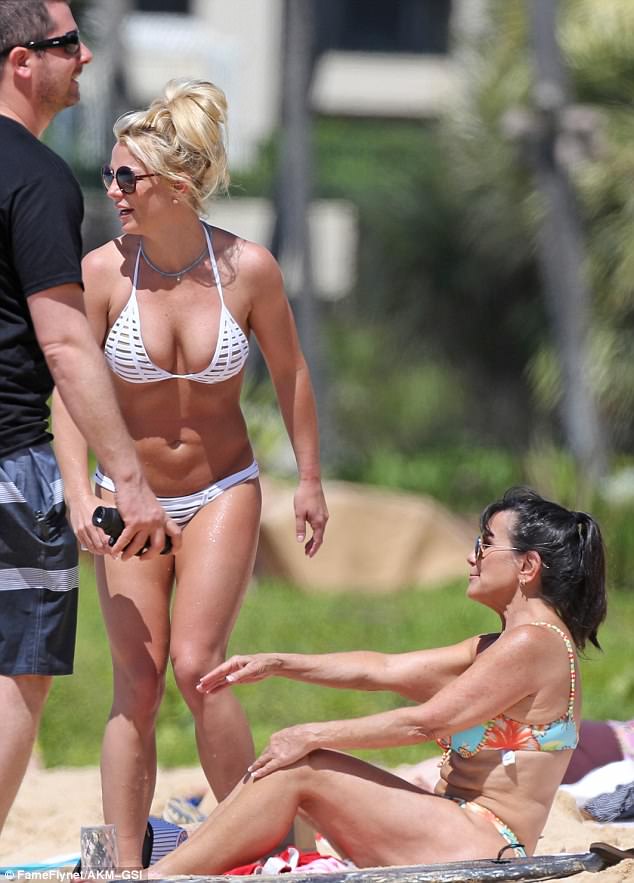