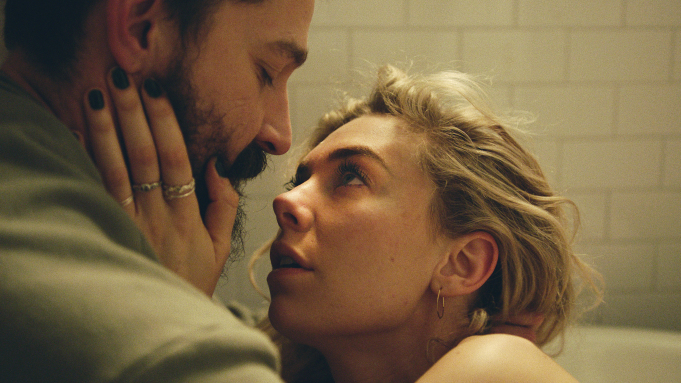 Directed by Hungarian filmmaker Kornél Mundruczó, the film is a story about a Boston couple devastated by the loss of their baby after birth. Martha’s role is played by Kirby. Martha’s husband (LaBeouf), is a blue-collar worker named Sean.

The opening title appears after 30 minutes from the beginning of the film.

As Vanessa Kirby has never given birth in real life, she watched numerous documentaries and videos and shadowed midwives in a hospital in North London and even was allowed to be in a room with a woman who was giving birth.

Martha (Vanessa Kirby) and Sean (Shia LaBeouf) are a Boston couple on the verge of parenthood whose lives change irrevocably when a home birth ends in unimaginable tragedy. Thus begins a yearlong odyssey for Martha, who must navigate her grief while working through fractious relationships with Sean and her domineering mother (Ellen Burstyn), along with the publicly vilified midwife (Molly Parker), whom she must face in court.