Looking back at the time when Pink was released we went to watch it with a group of friends after that I went somewhere and suddenly the discussion began on the Movie and they called it a boring one than dangal being the loved one more. Like why? Because they showed molestation and few adults scenes more or facing the reality is a issue to the world?

I’ve been thinking about this conversation ever since I watched Abhishek Saxena’s new movie Phullu and Shree Narayan Singh’s trailer for Toilet: Ek Prem Katha. 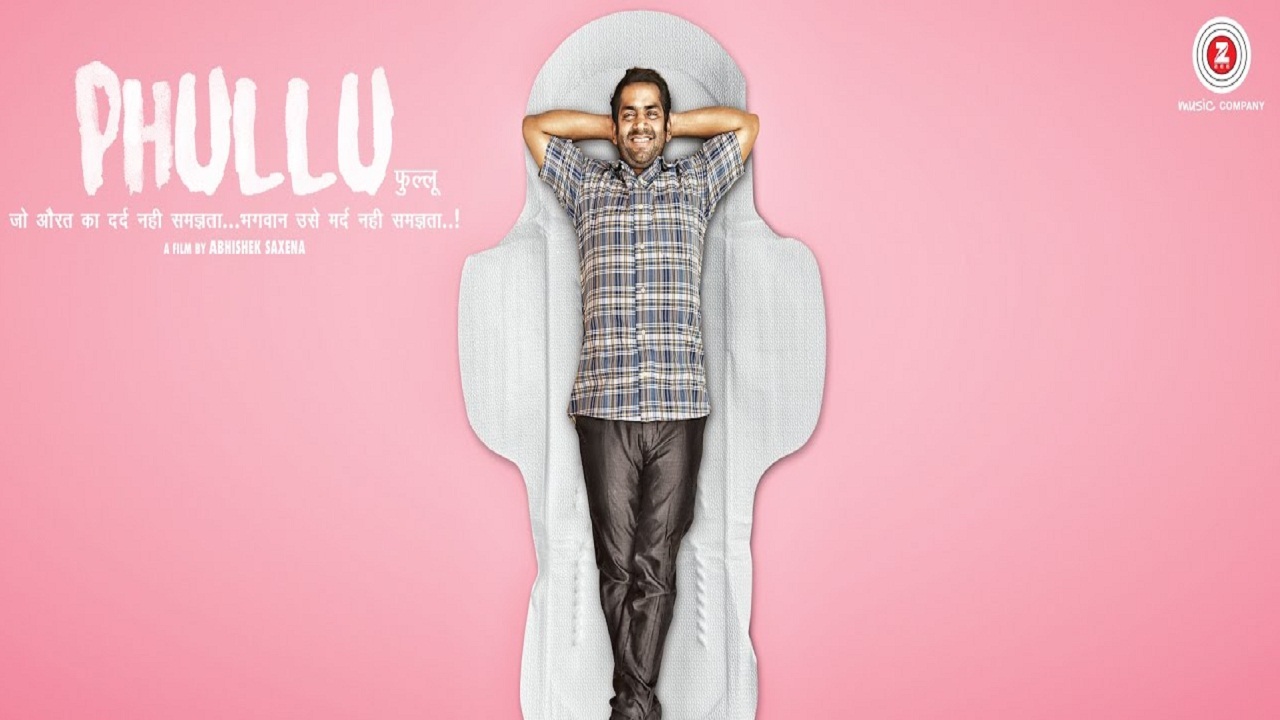 Both their stories can be summed up quite neatly in a line. Phullu is about a man (Sharib Hashmi) who wants to make sanitary pads for the women in his village. Toilet is about a man (Akshay Kumar) who wants to build loos for the women in his village (are you seeing the pattern here too?). I was on guard even before watching — if there was a lot of saving happening, we all know who’d be saving whom. 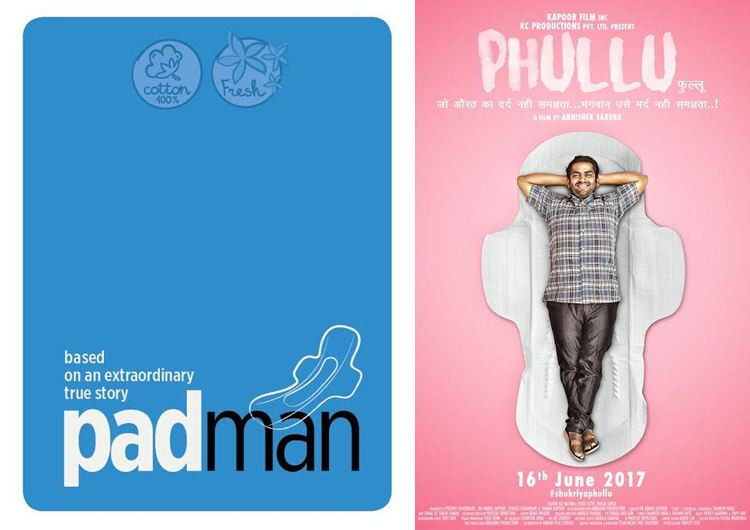 Phullu’s director, says that the movie is inspired by many real life stories. He’s given multiple interviews about how the film is different from Twinkle Khanna’s upcoming movie Padman (which is based on the story of Arunachalam Muruganantham, the inventor of a low-cost pad making machine). 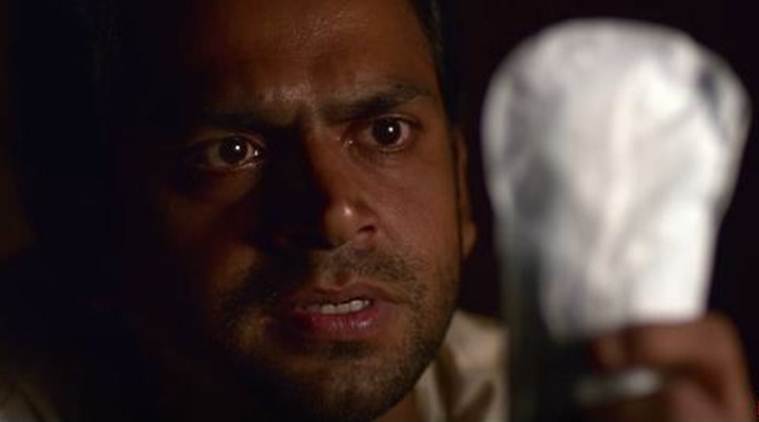 Everyone commenting under Phullu’s trailer on YouTube seemed overjoyed that such a film was being made: “Amazing topic…hats off to the makers of this movie…finally Bollywood is taking new topics other than a hero, villain and an item song,” one person said. Phullu, we see, is a good man — he has a good heart, with good intentions — in fact, he is so good that anyone who doesn’t like him must be bad. He is so sweet that he happily travels to the city (for free, of course) every time a woman in his village wants something from the shops there. It’s on one of these visits that he learns about sanitary pads, given to him wrapped in a familiar black plastic cover. He’s shocked that he didn’t know about them even though he lives with three women. 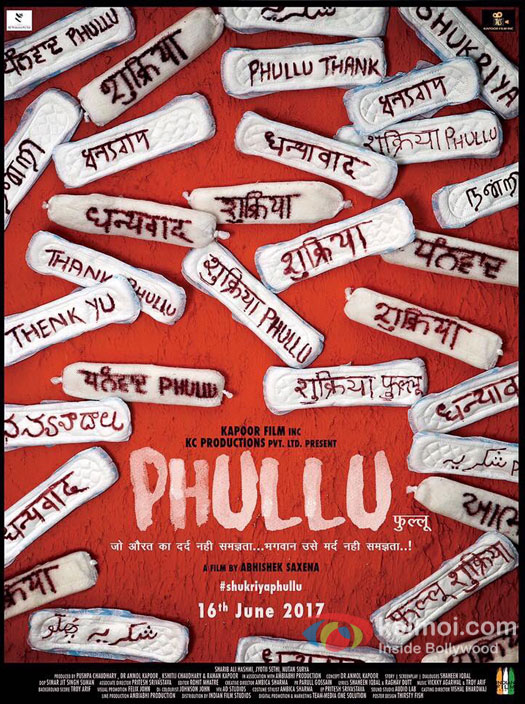 From that moment on, Phullu decides to take a step and do something to get low costing pads for the women and as a result of which people disgraced him and pinpointed him for that. While it’s great that there are movies about menstruation now, discomfort sneaks up on you — this can’t all be about him, you keep telling yourself. First you ignore it when he says, “I’m going to the city to get rid of women’s pain”, and then you also ignore it when he says, “Those who don’t understand the pain of women will never be considered a man by god”. 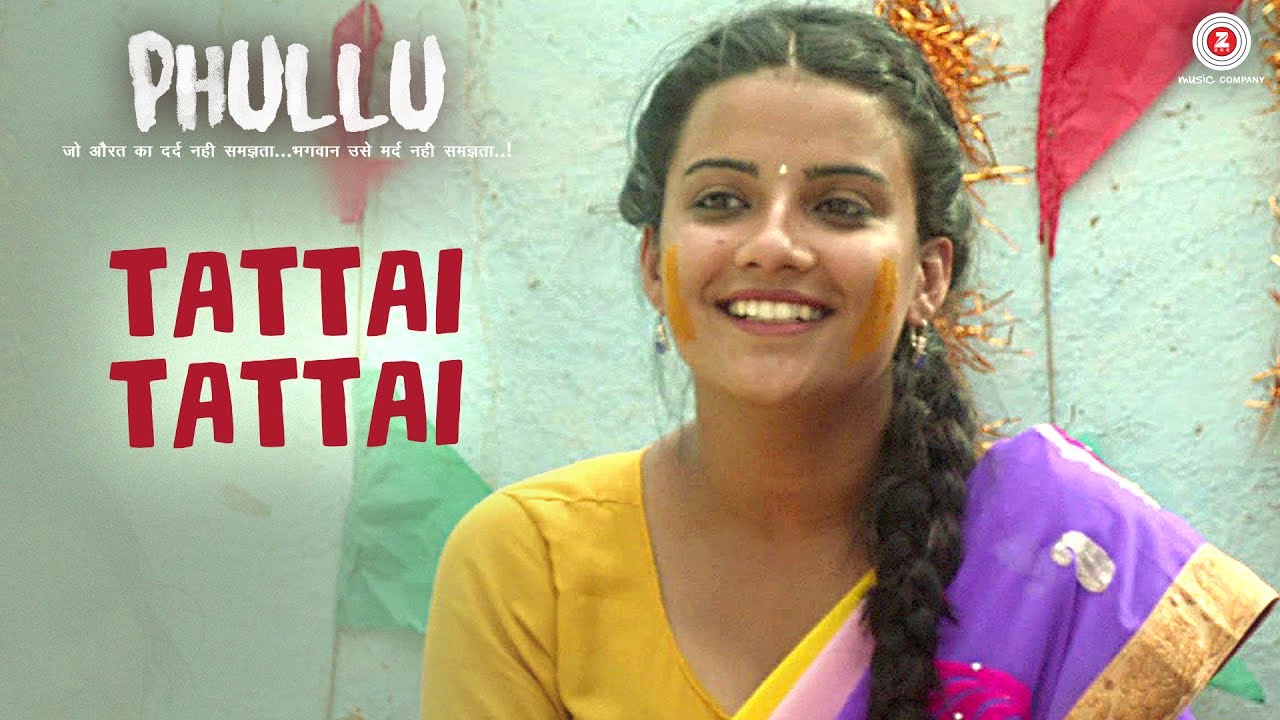 Then everything collapses. Saxena seems intent on making us dislike the women in Phullu’s village for their discomfort in talking about menstruation and using sanitary pads. The same discomfort that exists in the city, which the film doesn’t talk enough about.

Instead of coming across as a woman who has worked alone all her life to bring up her son and daughter, Phullu’s mother (Nutan Surya) is made to sound unsupportive and nagging. His sister only hates him for not being able to earn enough money to pay her dowry. With no support (“I’m doing this for your well-being,” Phullu keeps saying), he heroically cuts his hand to use his own blood to test the pad he has made. 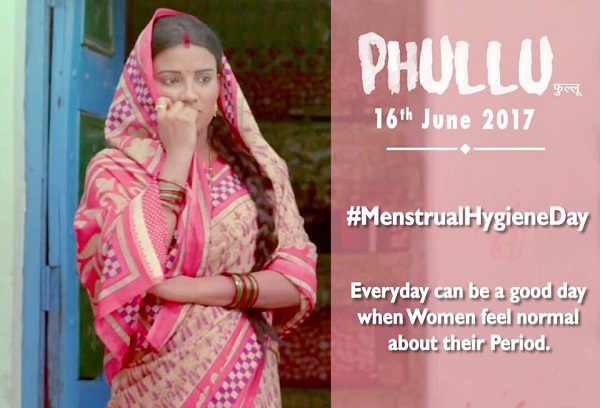 Soon after, Bhigni (Jyothi Sethi), his pregnant wife, the only woman supporting his dream of making pads (who says she would have loved to help him by trying on the pad he makes), dies of a miscarriage. “There was so much blood,” someone tells Phullu after Bhigni dies, “and she kept talking about how that would have helped you.”

In the end, Phullu realises that his pad (the one with his blood on it) works. Our man Phullu is more than a good man, he is a ‘saviour’. 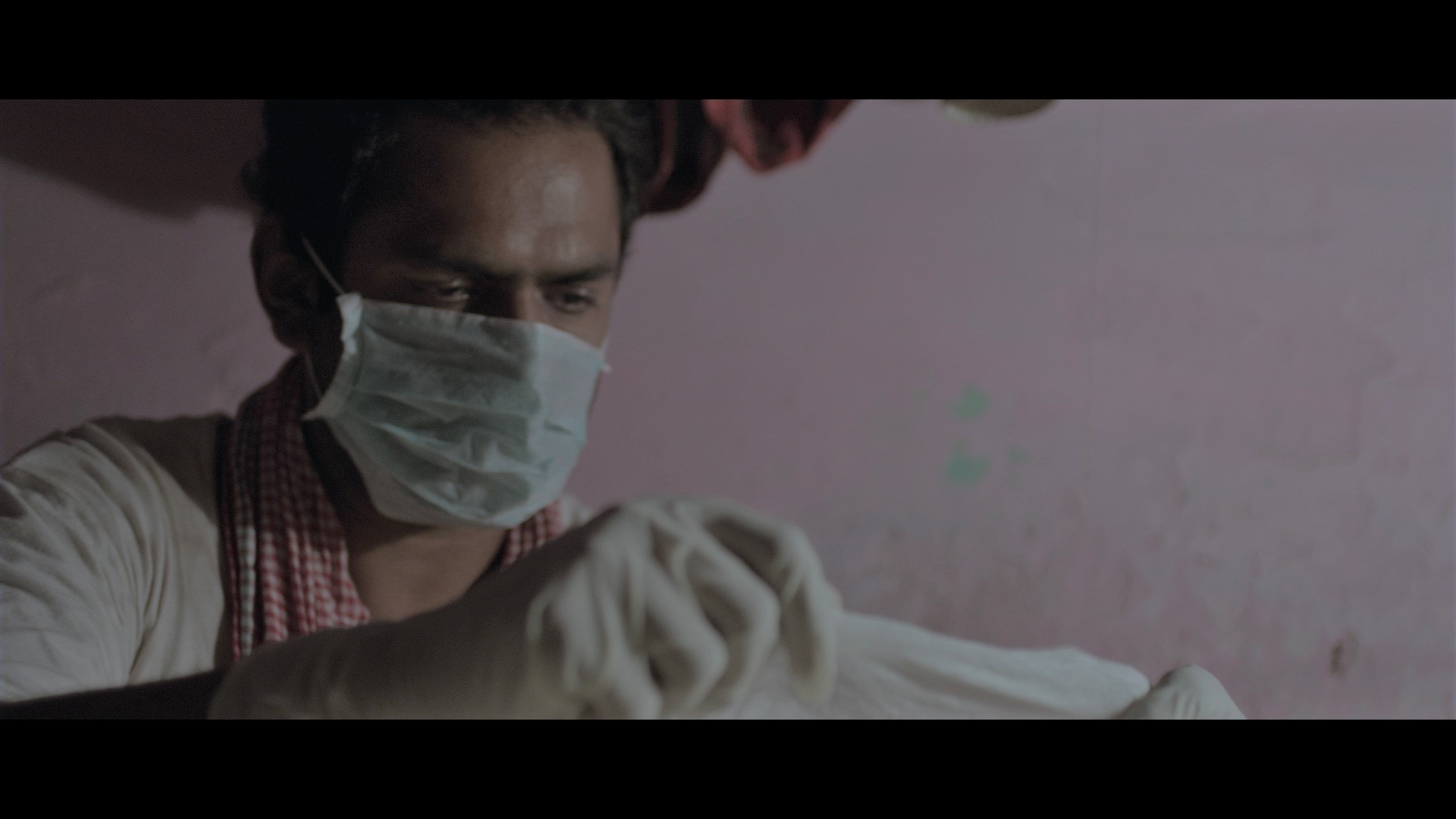 Phullu shows how a man can feel the problem of a women and want a solution for that problem as well.
Sometimes the credit is due, but it’s hard to ignore that the reaction is never the same when women protest about the same issues — they’re usually dismissed, seen as asking for too much. 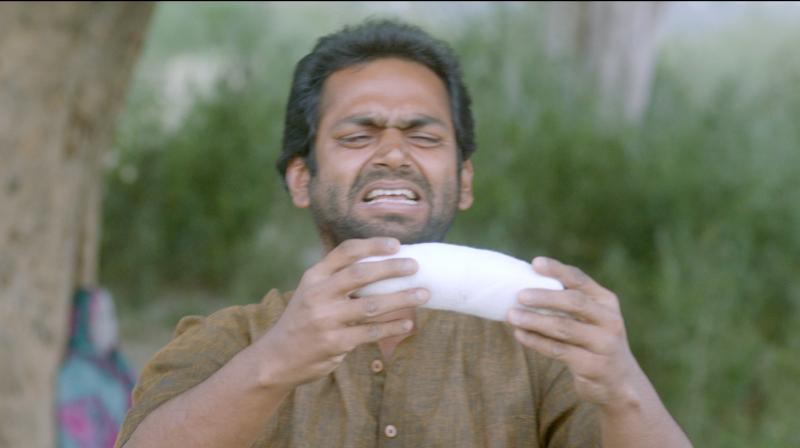 Toilet’s trailer follows a similar pattern. The person I remember most clearly after the trailer is Jaya (Bhumi Pednekar). Jaya is the woman Akshay Kumar marries, and astoundingly, she leaves Kumar when she finds out he doesn’t have a toilet at home. “Men can do it in their backyards. But we are women, we have to work harder for everything,” she yells. 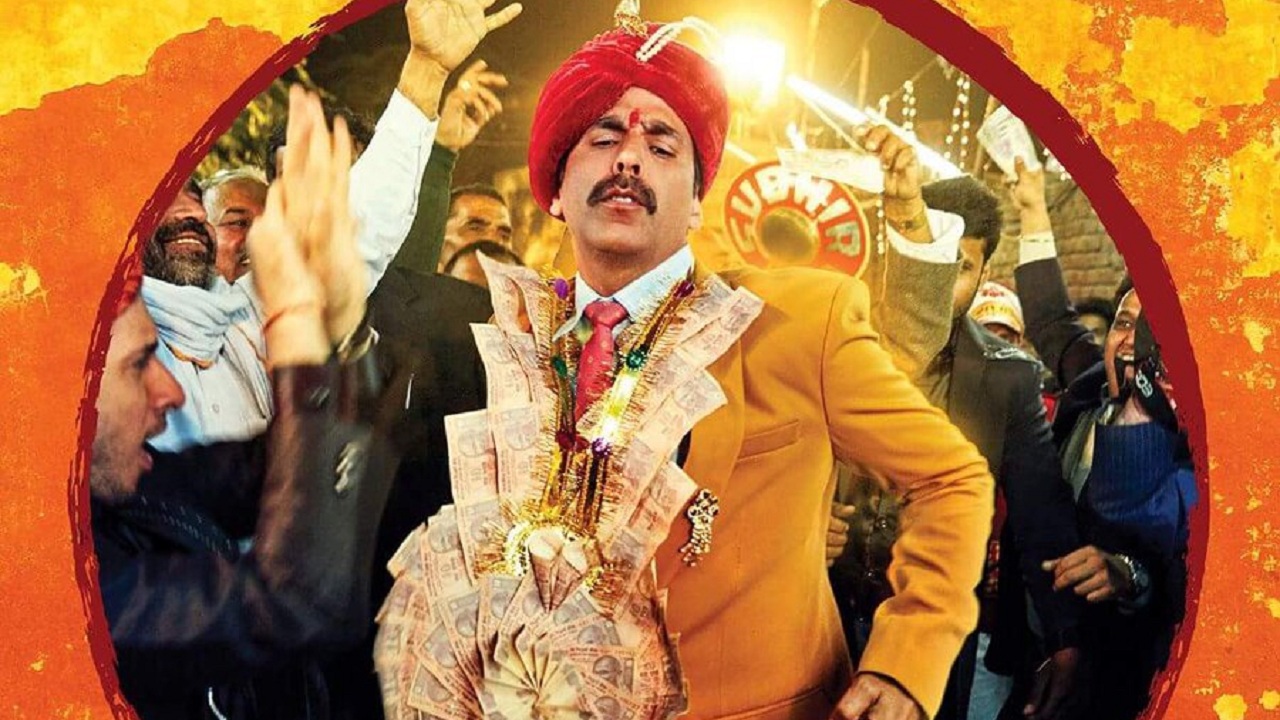 And then, all the focus is on akshay and how he builds the toilet. When its trailer first released this week, reports said it had quickly become the most viewed Bollywood trailer on Facebook, with more than 11 million views. Prime Minister Narendra Modi tweeted about it after Kumar called it his “humble contribution to Swachh Bharat”, while CBFC’s Pahlaj Nihalani, known for his ridiculous judgments on films, loved it so much that he said he wants it to be made tax-free.

It seems like everyone wants to discuss this movie. A few people have called it out for just checking all the nationalistic promotional boxes —one person wrote of how the film “is likely to be made mandatory viewing, given how closely it mirrors the government’s Swachh Bharat Abhiyan campaign.” 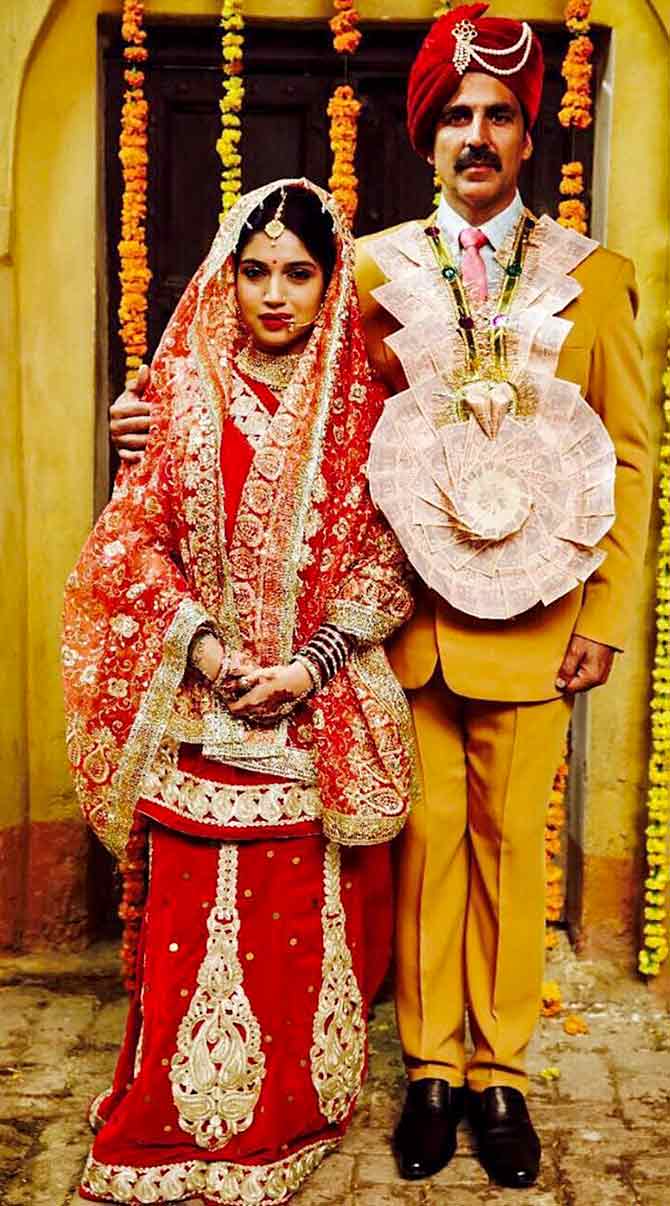 Sure, Kumar is the guy giving a voice to the lakhs of Indian women who are forced to wake up early in the morning to defecate in the open. Toilet calls them the “lota party”. But conspicuously, nobody seems to be interested in discussing what Jaya might feel, or her reaction to Kumar’s actions (they only talk about Pednekar’s clothes). 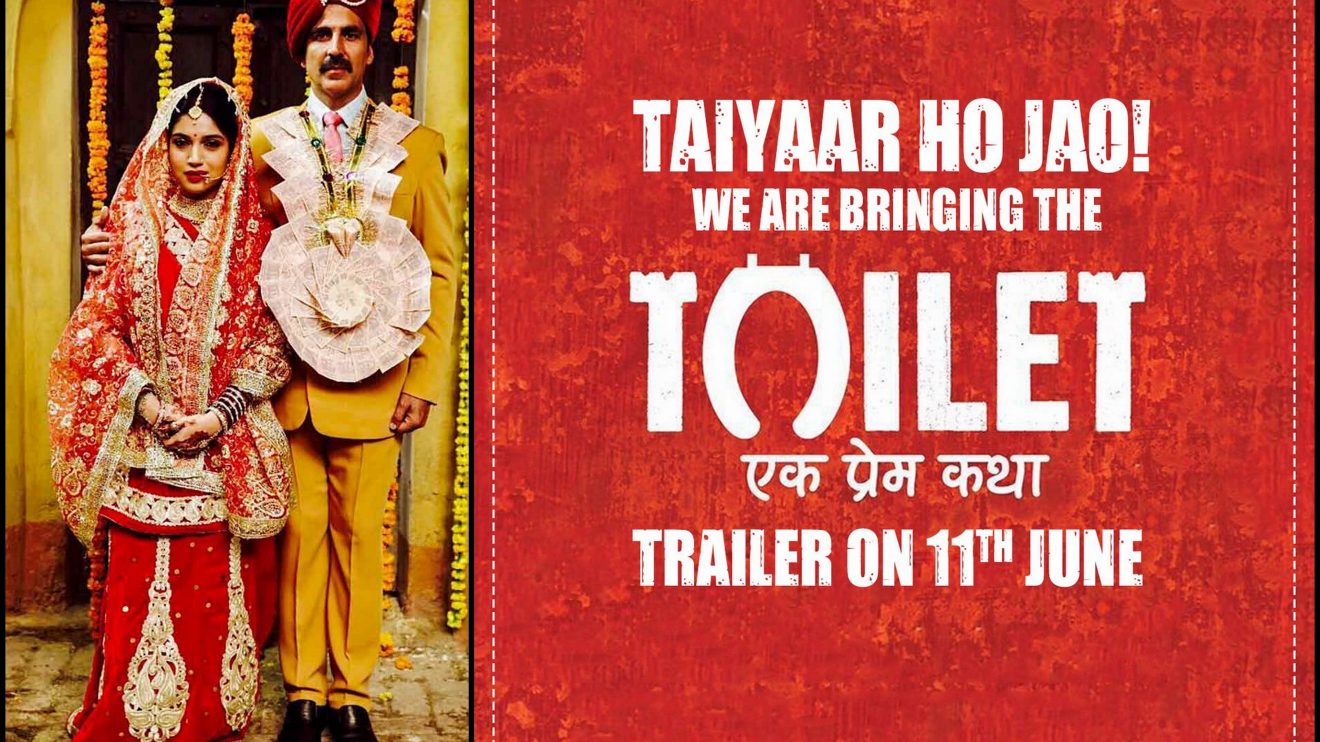 What would have happened if Saxena had decided that Bhigni didn’t get pregnant and die, but tried on the sanitary pad that Phullu made and talked about it? Phullu and the responses to Toilet’s trailer have again shown us how we’re all too quick to give men medals. 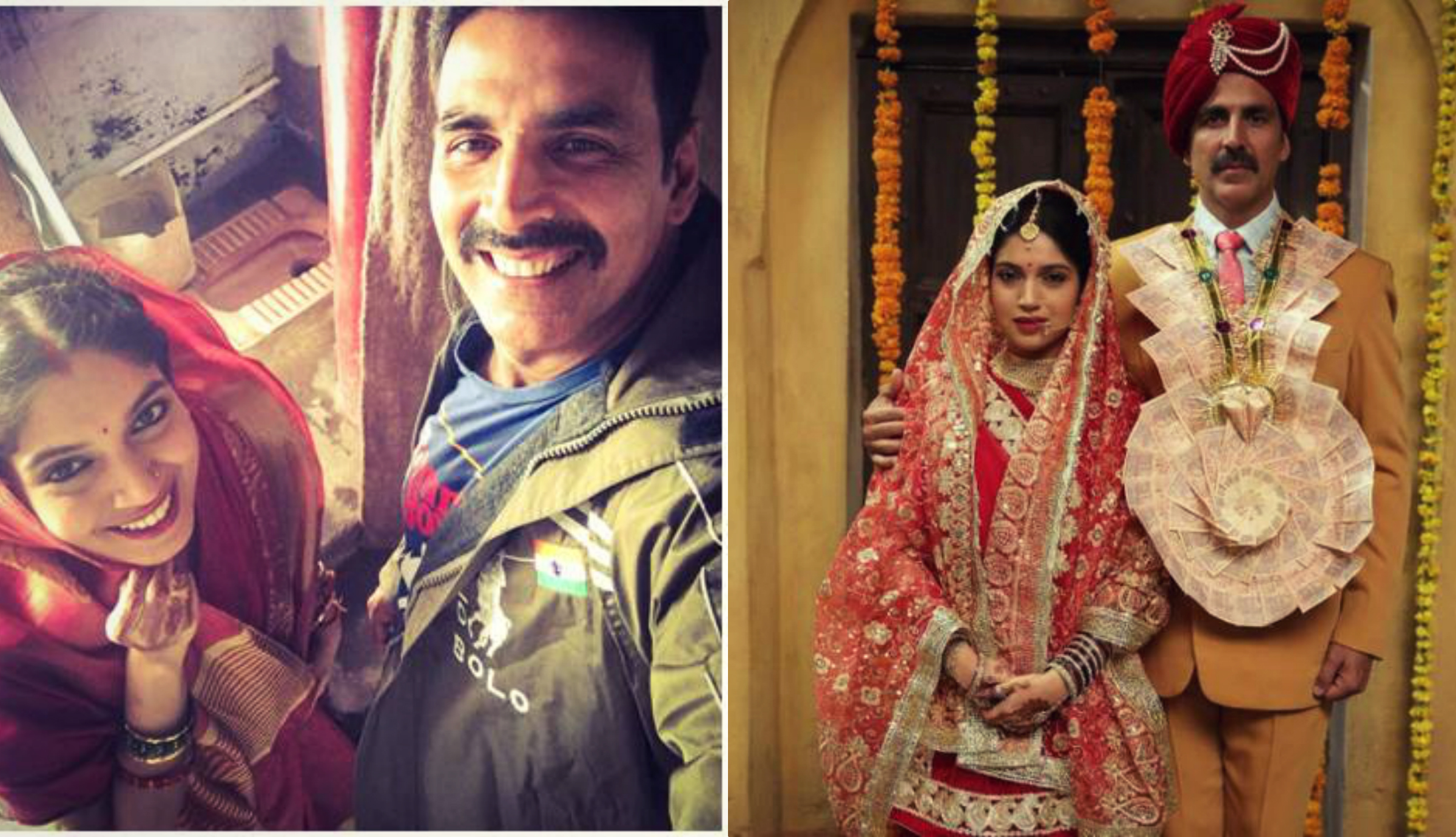 Both these movies comes with a important message on a whole that being a women is not that easy and the sacrifices they need to do each day are quite heart breaking and must require some change.