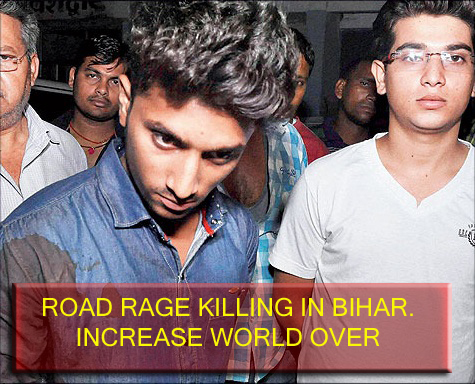 The news of the ruthless killing of the 19-year-old boy by the son of an MLA in Bihar, is deeply shocking road rage incident in India.

Everybody on the road appears to be on a short fuse. “…increasing number of vehicles jostling for limited road space; rising stress levels and decreasing tolerance of drivers; loud music and stressful city life; inadequate punishment for flouting traffic rules; inflated egos; influence of alcohol and the hot unmerciful weather conditions, etc,” are the reasons causing road rage.

However, incidents of road rage have been on the rise just not in the country alone but around the world . In the US, roads are considered as  some of the most dangerous places in the country.

We’ve collected  some of the worst incidents of road rage around the globe to warn you about their horrible consequences.

Four-year-old Illiana “Lilly” Garcia is remembered by her parents as a bright, happy, beautiful little girl who was generous, always sharing her chicken nuggets. Tragically, her life was cut short on October 20, 2015. Alan Garcia was traveling on Interstate 40 in Albuquerque, New Mexico, heading home after picking up his two children from school. When he began exiting the freeway, a red car forced him out of the lane. Frustrated, Garcia threw his hands up in the air and started yelling and swearing at the other driver. When the driver began yelling back, Garcia accelerated in an attempt to put distance between the two vehicles.

On July 23, 2015, 51-year-old Florida resident Robert Doyle called 911 to report that another driver was attempting to run him off the road. While he was on the line with the dispatcher, Cathy Gonzalez was also calling 911 to report a motorist who was driving like an idiot. Cathy’s husband, Candelerio, who was driving, told the dispatcher that he was going to follow the other driver home. The dispatcher advised Gonzalez not to do that. Realizing he was being followed, Doyle told his dispatcher that his weapon was cocked, locked, and ready to go.

Suleiman al-Assad, son of Syrian president Bashar al-Assad’s cousin, was driving in the Alawite community of Latakia on August 6, 2015. He became enraged when another motorist, senior air force colonel Hassan al-Sheikh, overtook his vehicle at a crossroads. Suleiman, armed with an AK-47, exited his Hummer and approached the colonel’s car. He fired seven shots into al-Sheikh’s chest, killing him instantly.

Alexian Lien, age 33, was out shopping with his wife and infant daughter on September 29, 2013. While they were on the Henry Hudson Parkway in New York City, they encountered a group of bikers who were participating in an annual street ride. One of bikers cut in front of Lien and slowed down, causing Lien’s Range Rover to hit the motorcycle. The bikers then surrounded Lien’s vehicle, hitting it and slashing at the tires. In his attempt to flee, Lien hit three of the bikers. The bikers gave chase, pursuing Lien through Manhattan and Washington Heights. 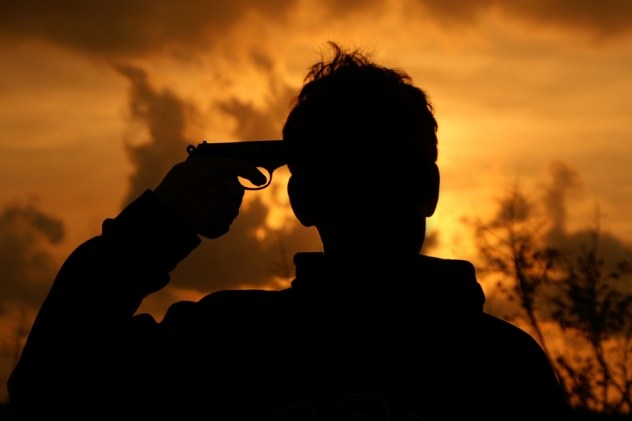 On May 6, 2001, Timothy Mann, his wife Nancie, and their son Michael went out to brunch to celebrate Nancie’s birthday. They were traveling on Highway 50 in Sacramento, California, when a red pickup truck cut them off. Mann hit his brakes. The driver of the pickup (who was now in front of them) hit his as well, angering Mann, who then hit his brakes even harder in response.

On June 21, 2014, Donald Ray Hayes was driving at the intersection of Taylorsville Road and the Watterson Expressway in Louisville, Kentucky, when he encountered fellow motorist, 57-year-old Danny Wilson. It’s not clear what started the altercation, but when both men turned onto the highway, they began speeding, cutting each other off, and weaving in and out of traffic, forcing several cars off the road. Both men then exited on Poplar Level Road.

Las Vegas resident Erich Milton Nowsch Jr., 19 years old, was being terrorized by drug dealers, who had threatened to skin his cat and kill his family. He decided to start carrying a gun for protection.

On the evening of September 12, 2015, 71-year-old Walter Young was driving on Route 122 in Barre, Massachusetts, when a truck began to tailgate him. Young, who was traveling with his wife and granddaughter, decided to pull over to allow the other vehicle to get ahead of him. Instead of passing, the driver pulled over, got out of his truck, and yanked Young from his vehicle. He then savagely beat the elderly man while his family looked on in horror. He left Young bloodied and lying on the side of the road.

On August 22, 2012, 52-year-old Windsor, Ontario, resident Allen Lucier and his 82-year-old friend were out driving around. The men were on Crawford Avenue, heading onto Wyandotte Street when a red Pontiac cut them off. The 82-year-old, who was driving, honked his horn in response. Both vehicles stopped at an intersection near Tim Hortons. The Pontiac was blocking the crosswalk, where an elderly man in a wheelchair was trying to cross. The men in the Pontiac started yelling at the pedestrian. Lucier yelled back at them to leave the man alone.

Don’t think men are the only ones that get aggro. In North Carolina, a female passenger in a Madza flipped off a woman named Diedre Orozco, who was tailgating in a Ford Explorer. Not a good idea! Orozco went even more ballistic, running them off the road. Later she tried to make them get out of their car, pretending she was a cop.

A Westchester, NY rabbi named Alfredo Borodowski had a big problem with drivers that are too slow and get in his way. His solution was to get a phony badge, scream at them to pull over and tell them he was a cop. Rabbi Borodowski was arrested four times for impersonating an officer, a potential felony. He ended up pleading guilty to second-degree harassment and promised to stay out of trouble for a year. 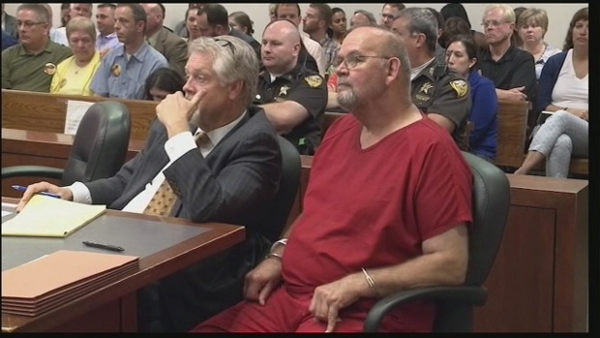 On June 21, 2014 the 67-year-old vendor was accused of shooting and killing 57-year-old Danny Wilson, in a road rage dispute that was partially caught on camera. Wilson was arrested and pleaded not guilty, and because he had no criminal record, a judge released him on a $10,000 bond. Soon, he was back selling hotdogs while awaiting trial. Much to the horror of Wilson’s family, lines for Hayes’ cart stretched around the block. He was so well-known with the courthouse, they had to bring in outside prosecutors.

Tracy Lynn Sloan was being tailgated on Highway 41 in Tampa by a very aggressive driver; it was raining out and she didn’t want to risk going any faster. She started recording the incident, and after a few minutes he passed her, flipping the bird. Moments later, he slid and crashed into a light pole. The whole thing caught on tape.

On the other end of the spectrum, here’s an incident of road rage that has a happier outcome. This one was caught on tape via a passenger in a nearby car. It starts out with a brutal fight and the pair end up rolling around on the ground for a bit. But after a minute or so of scuffling, they shake hands and become friends. Aww, isn’t that sweet.