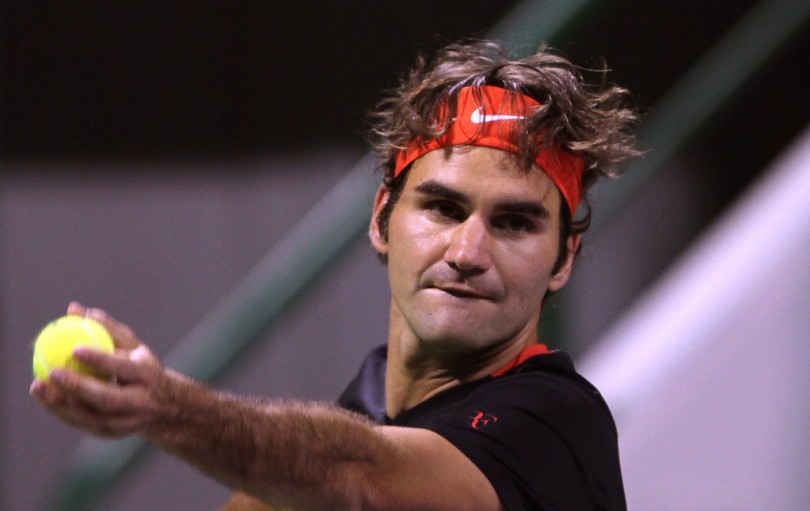 Roger Federer is a famous tennis player, in fact, the best one in the world. He has been world no. 1 for nearly 310 weeks. He has won 20 Grand slam singles titles, 103 ATP singles titles, and his Wimbledon wins count is 8, which is equal to another legend Pete Sampras.

Roger Federer, Novak Djokovic, and Rafael Nadal are the three most successful tennis players over this decade. While we cannot say who is better out of them, people consider Federer as the best Tennis player. His forehand shots performance are commendable, and the sense of work and ideas could be inspirational. Here we bring some of Best Roger Federer’s quotes to improve the day and inspire you.

1. “When you do something best in life, you don’t really want to give that up – and for me it’s tennis”.

2. “There was a time where some players didn’t believe they could beat the top guys. So maybe there’s a little bit of a thing happening at the moment. I’m happy about that, that players believe they can beat the best on the biggest courts in the biggest matches.”

3. “What I think I’ve been able to do well over the years is play with pain, play with problems, play in all sorts of conditions.”

4. You have to believe in the long term plan you have but you need the short term goals to motivate and inspire you.

5. Sometimes you have to accept that a guy played better on the day than you.

6. “You have to put in the hours because there’s always something which you can improve.”

8. “I always believe if you’re stuck in a hole and maybe things aren’t going well you will come out stronger. Everything in life is this way.”

9. “One of my big, big strengths I think early on in my career was that I could learn very quickly. You wouldn’t have to tell me the things 10 times or 50 times until I would understand them. You would only have to tell me two or three times.”


11. “Obviously, matches and all that stuff takes its toll on your body and so forth. But as you get sort of a bit older, a bit wiser, and a bit more experienced, you know also how to handle it.”

13. “Once you find that peace, that place of peace and quiet, harmony and confidence, that’s when you start playing your best.”

14. “When you’re good at something, make that everything.”

15. “When I was 12 years old, I was just horrible. My parents were ashamed to watch my matches. I would play on a court at the local club and they would watch from the balcony. They would scream, ‘Be quiet’ to me and I would scream back, ‘Go and have a drink. Leave me alone.’ Then we would drive home in a very quiet car. No one speaking to each other.”

16. “I definitely need to use my chances when they come because definitely there wont be many.”

17. “Previously I always thought it was just tactical and technique, but every match has become almost mental and physical – I try to push myself to move well. I try to push myself not to get upset and stay positive, and that’s what my biggest improvement is over all those years. Under pressure I can see things very clear.”

18. “Seriously. I’m not playing to prove anything to journalists. I’m playing for myself, for my fans,to make people happy.”