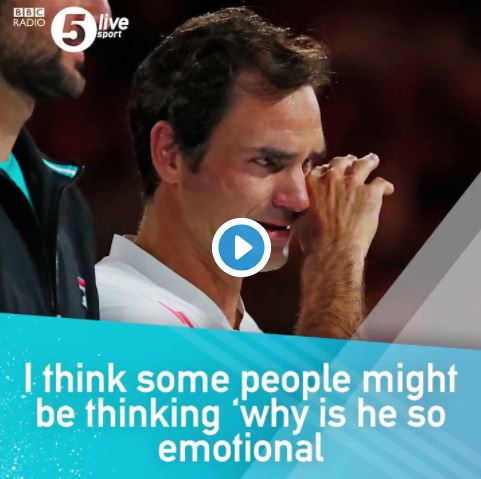 Roger Federer made it an extraordinary 20 grand slam singles titles with a five-set win over Marin Cilic in the Australian Open final.

“One of the most extraordinary sporting stories I have ever heard”

Back where his career resurgence began last year with an unexpected run to the title following a six-month injury layoff, Federer had an almost perfect title defense until he reached the second set of the final.

After going through four years without winning a major, Roger Federer has now won three of the last five.