When animals are sold into the black market, they lose their freedom, and in many heartbreaking cases, their lives. A sanctuary in Agua Dulce, California, has teamed up with a Los Angeles-based photographer to showcase the beauty and strength of the lucky animals they’ve managed to save from this heinous cycle of captivity, and the resulting photoshoot is positively ‘wild.’

Even if these animals are lucky enough to escape the unethical trade, they’re still trapped, forever reliant on humans for their survival. Imprinting is very permanent. But that’s where shelters like Animal Tracks come in. Animal Tracks provides food and care for animals that have previously been bought and sold on the black market.

Take a walk on the Wild side and see the breathtaking photos for yourself below, as well as a short backstory on each one. If you live in California and would like to help Animal Tracks rescue more animals like these, you can find more info here.

1. Cheshire the Bengal Cat is now approximately 11 years old and has had several owners in his lifetime. The last one was a busy person and Cheshire needed more of the owners time. 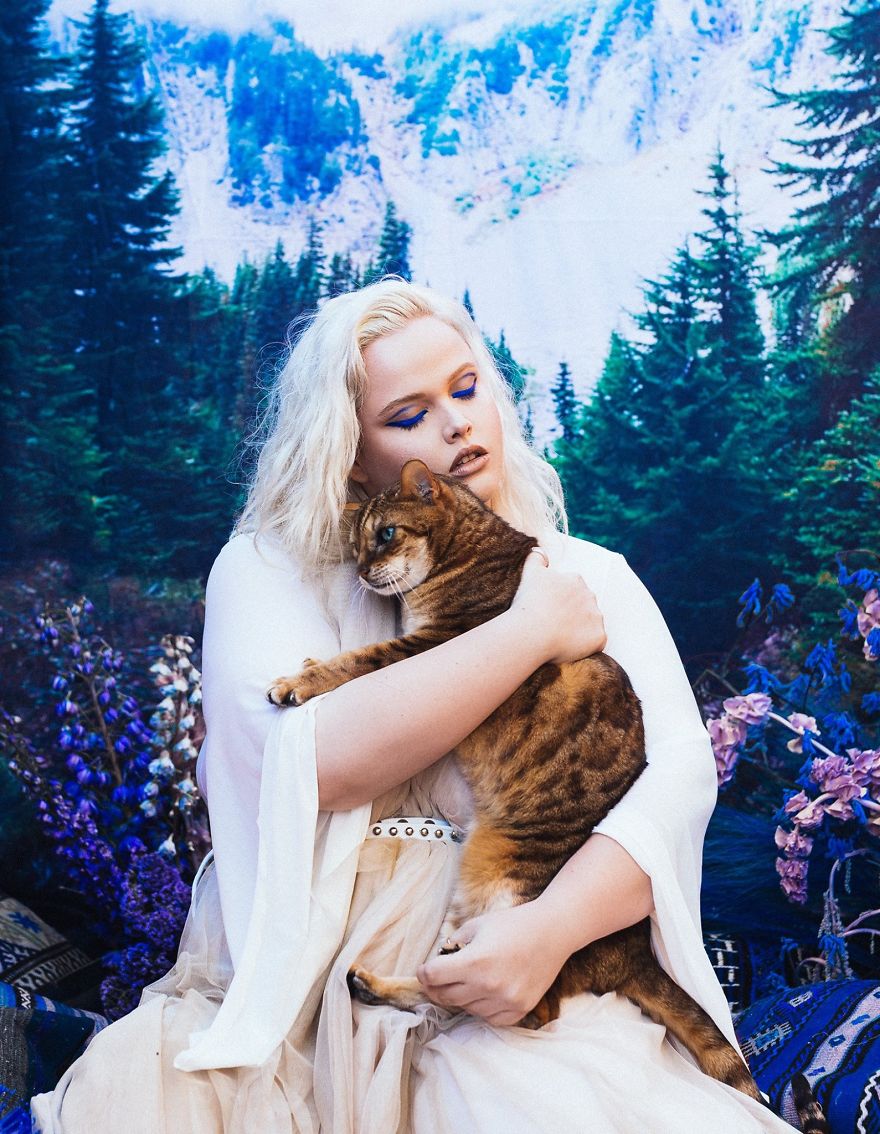 2. A 7 year old Squirrel Monkey. He was privately owned, and got in a fight with another monkey which resulted in the loss of all of his fingers on his right hand. He lives with the love of his life, Princess Leia, quite peacefully, though he does still occasionally flirt with the ladies of Animal Tracks. 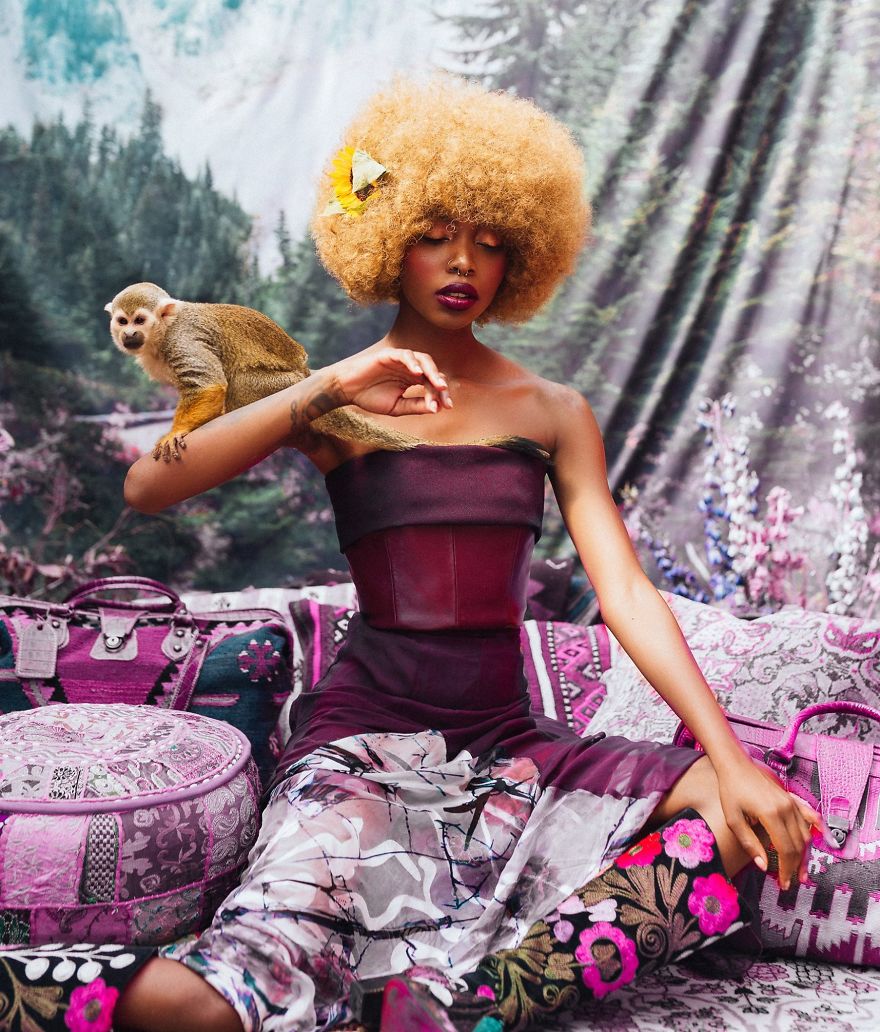 You May Also Like  Also The Big Cat Came Chillingly Close For Comfort. Alarming Moment !

3. Jake and Cami are cockatoos, and both previously owned pets. The pet owners, for various reasons, could no longer care for them. These two are some of the nicest cockatoos you will ever meet. 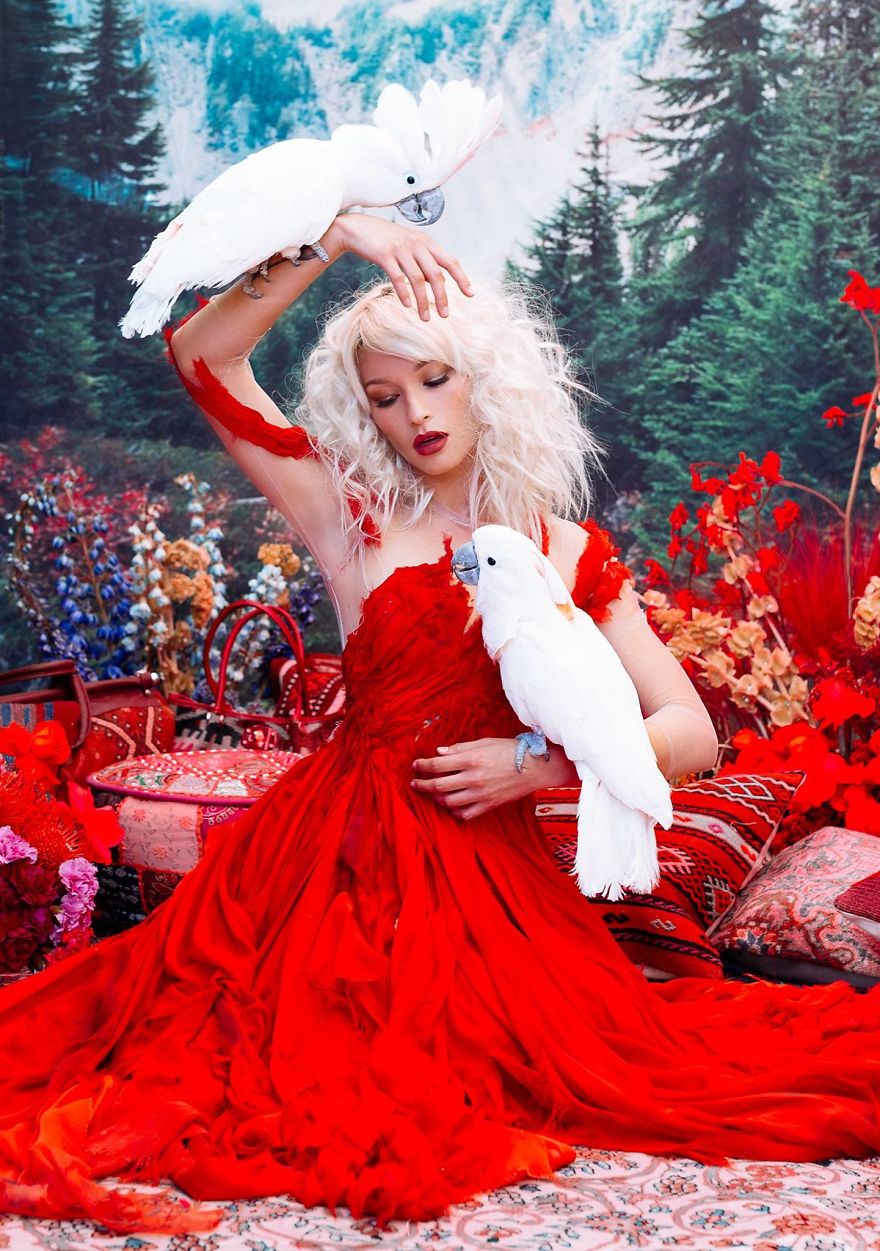 4. Honey Bear and Luna are Kinkajous. Honey Bear is three years old, and has adopted Luna, a yearling. Honey Bear was a surplus animal in Florida at another facility. Luna was attacked by her mother while living in Minnesota. 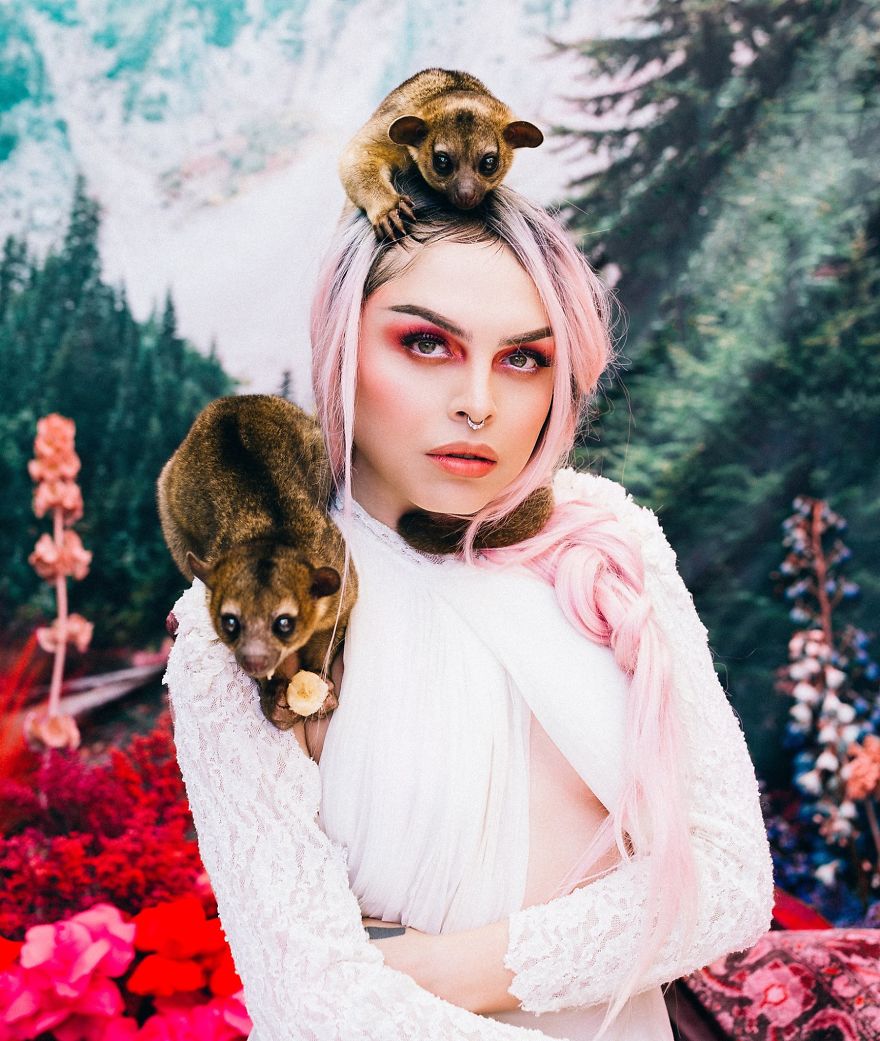 5. Porcupine Quillamenia and her husband Al Sharpton have been happily cohabiting at Animal Tracks. They were surplus animals at another facility, meaning, this facility already had enough of their own and were trying to help find homes for others. 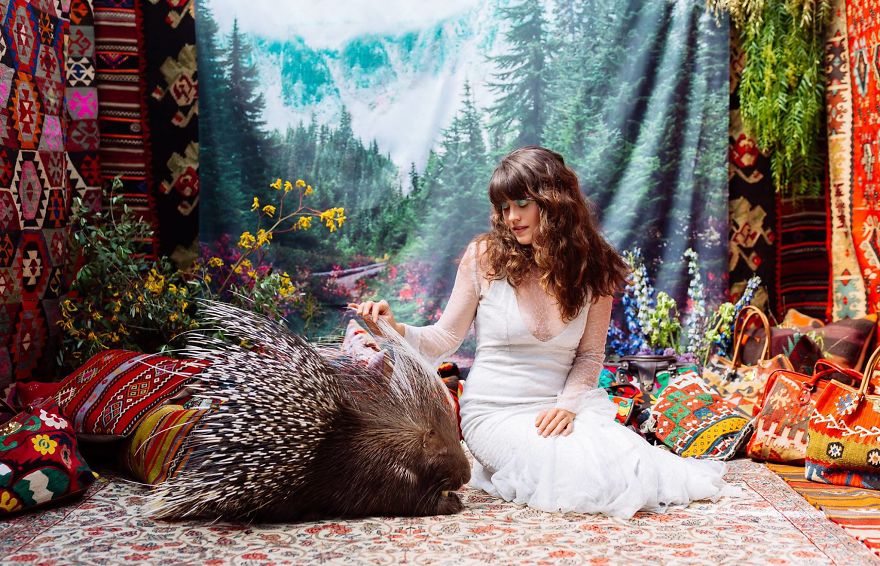 6. Monzo is one of the last remaining animals of the original Animal Tracks family. He is an 11 year old African Serval, the mid size cat of Africa. 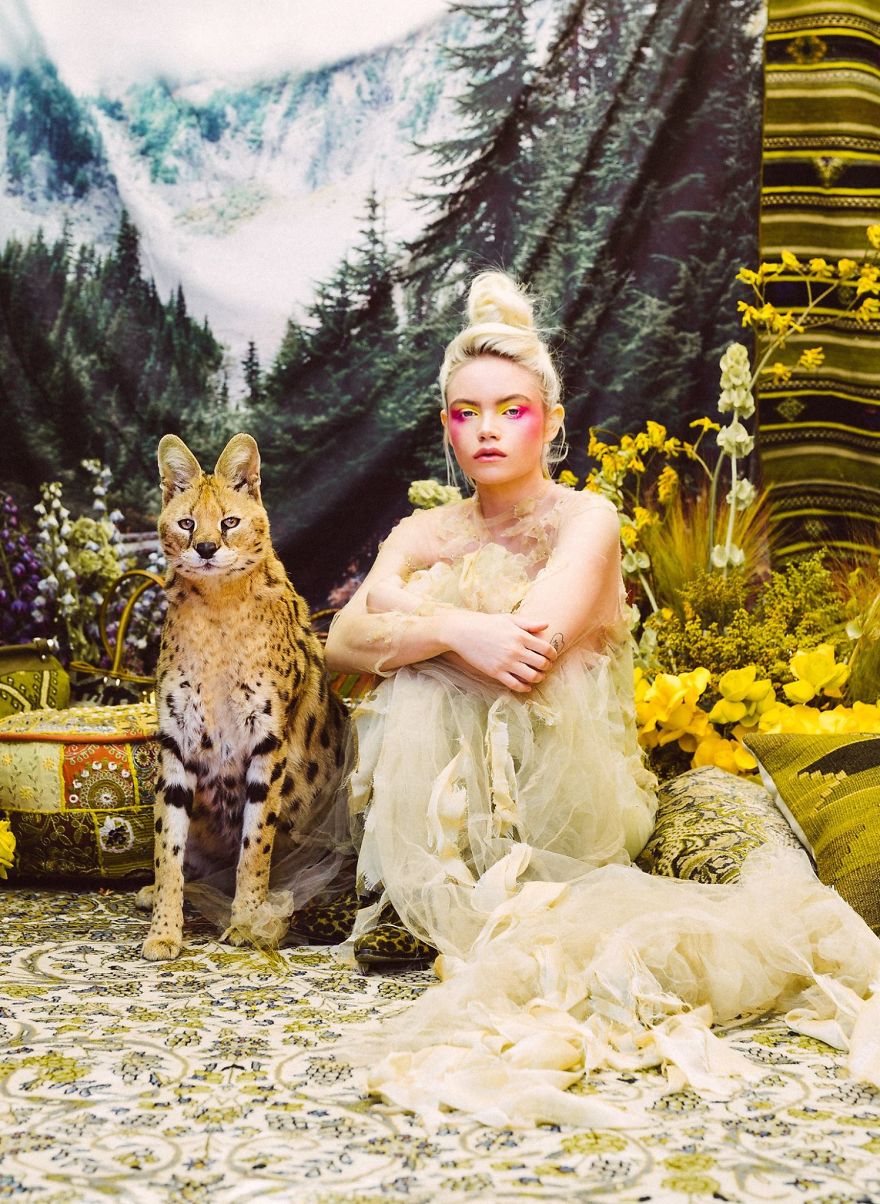 7. Bam-Bam is a captive bred Laughing Kookaburra, and approximately 9 years old. He was attacked by another bird and lost the bottom quarter of his beak. 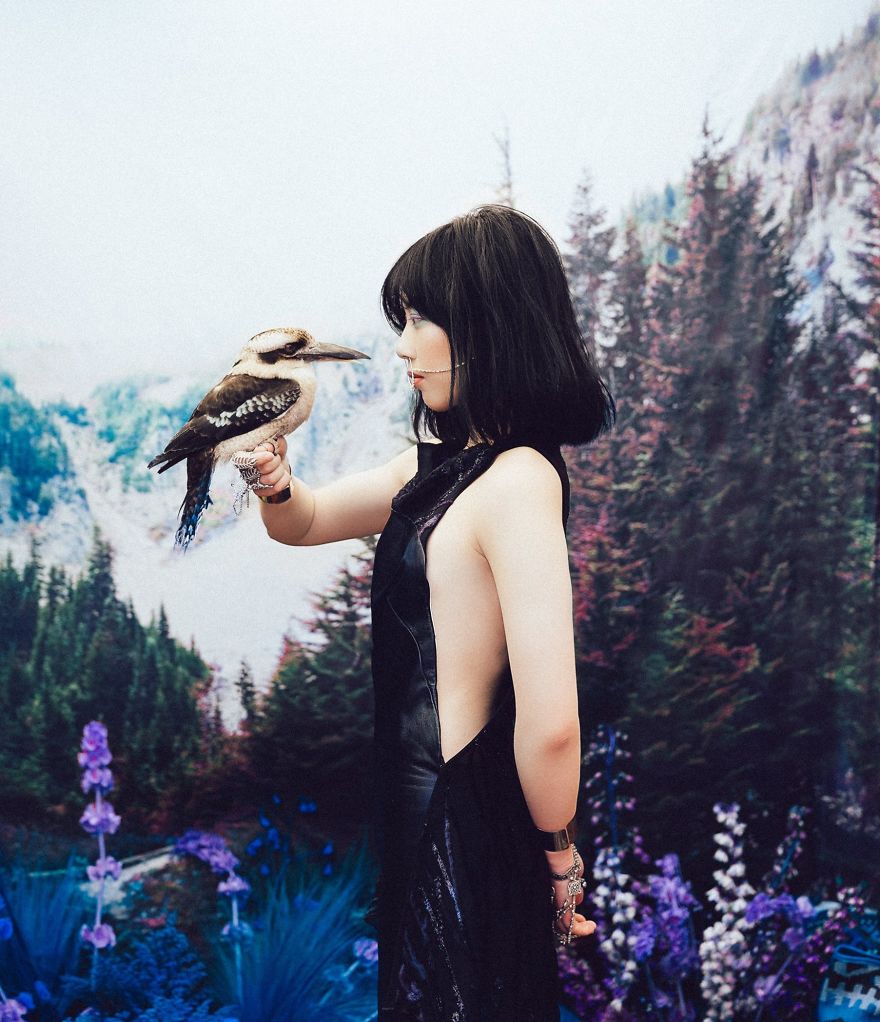 8. The cavy family are around 2 years old. They came from Arizona where they were previously owned and the owner relinquished them for unknown reasons. They love shoelaces and monkey chow and are hoping for a sod garden this fall. 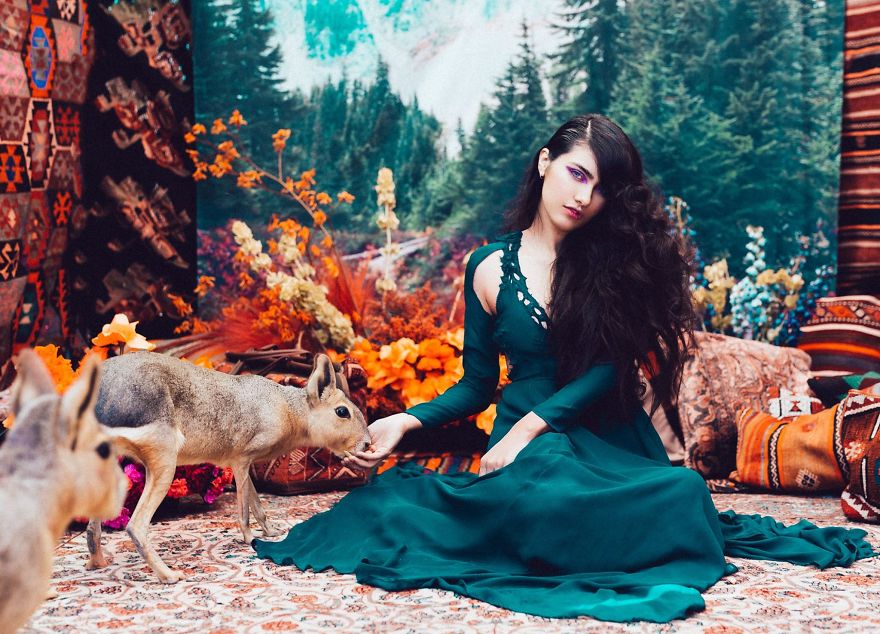 9. Bella Roo is a five-year-old female red kangaroo. She is married to the love of her life, Winston the wallaby and they have been happily cohabiting at Animal Tracks ever since they met. 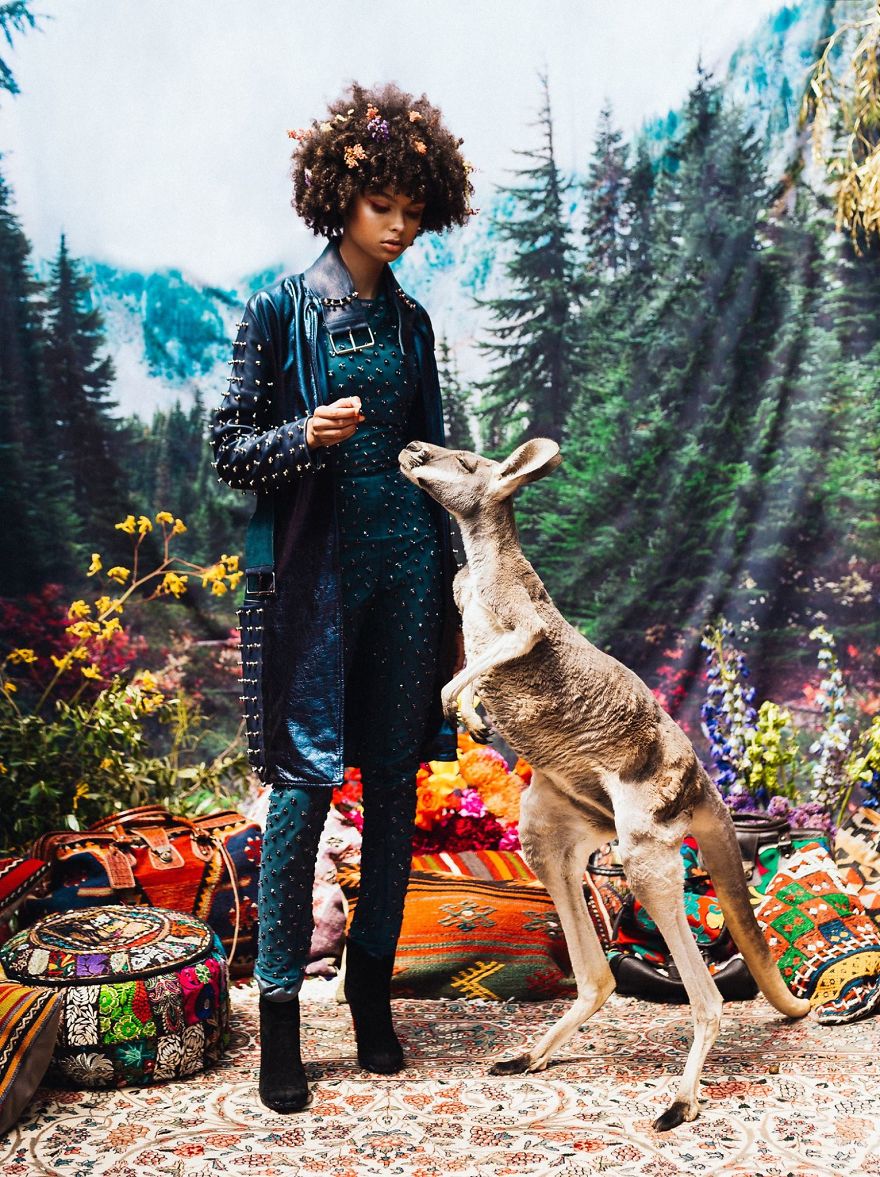 10. A 5 year old wolf/dog hybrid and is currently dealing with stenosis of the spine. He has the most amazing attitude for an animal that is part wolf. He is friendly to all and enjoys a good game of tug-o-war and long walks at Vasquez Rocks. 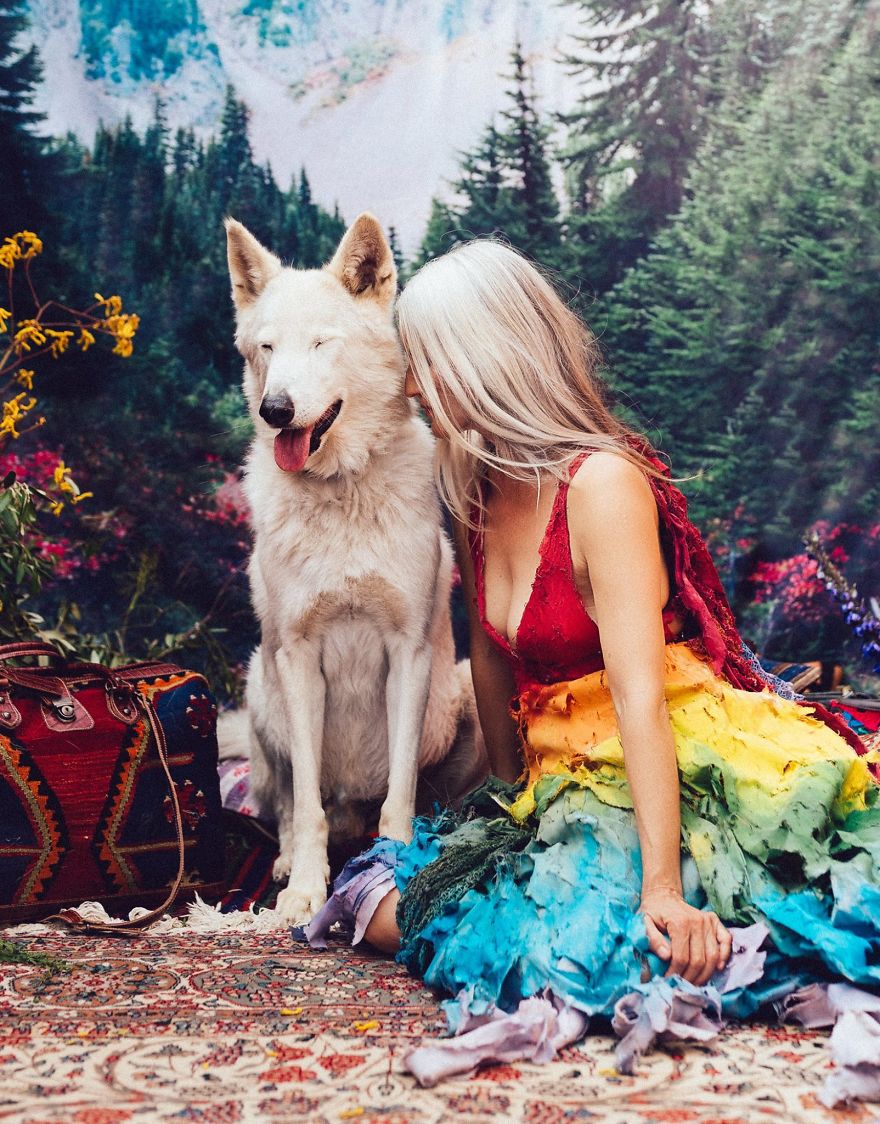 11. Marley is a Capuchin monkey, and is one of 7 monkeys at Animal Tracks. Always the life of the party, Marley loves zippers, cameras and going through your hair. It is said that Marley lives life to the fullest and is always monkeying around. 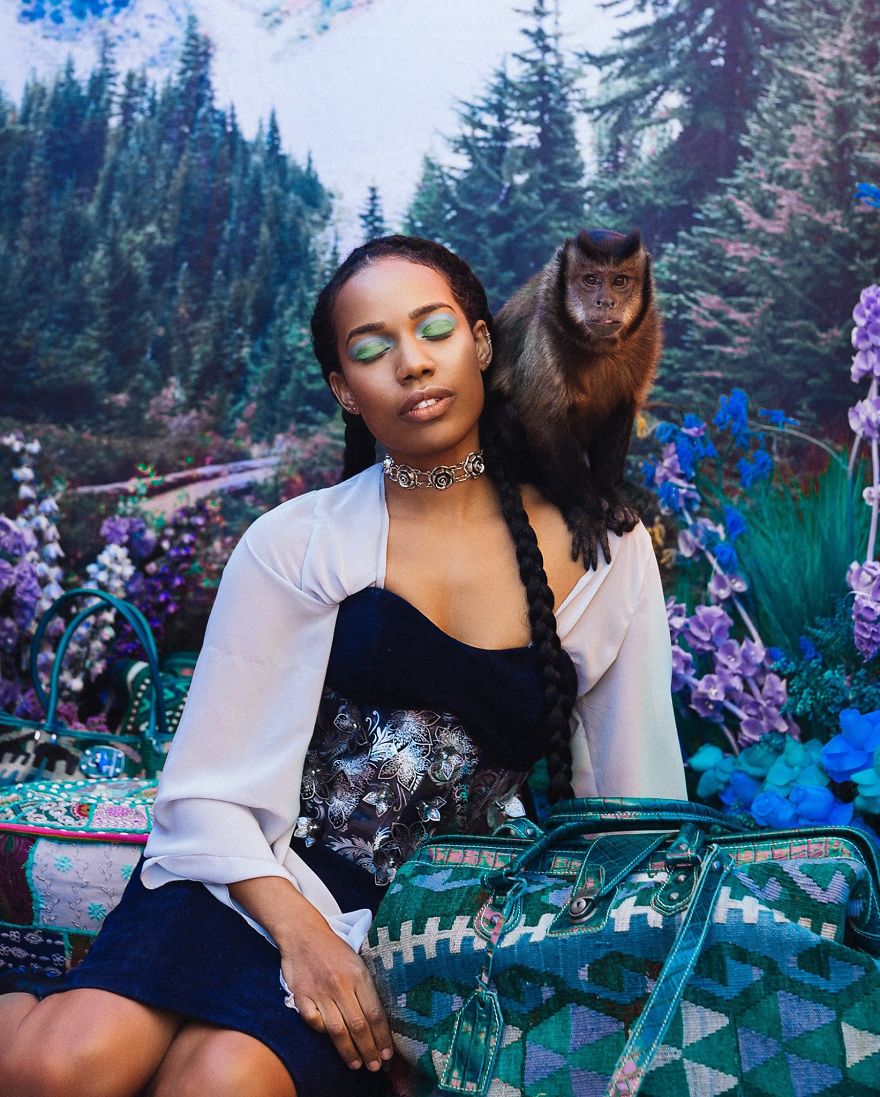 12. Little Bear is a 3 year old male striped skunk. He now resides in captivity because his mother was fed by people, became dependent on neighborhood handouts and was killed as a nuisance animal. 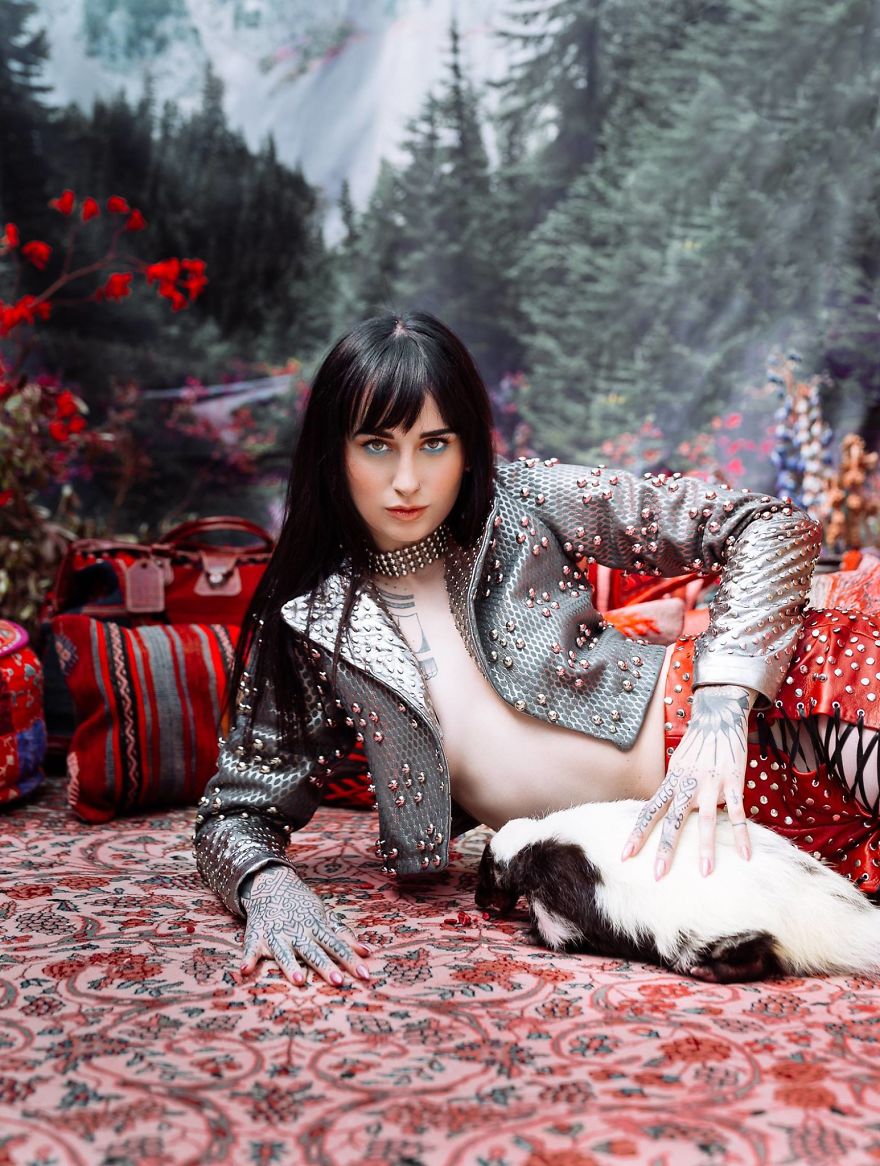 13. Squirt and Maci are the female monkeys of Animal Tracks. Squirt is a 23 year old Capuchin hybrid from the movie industry, never abused. Maci is a 5 year old and sister to Marley, the boy Capuchin. 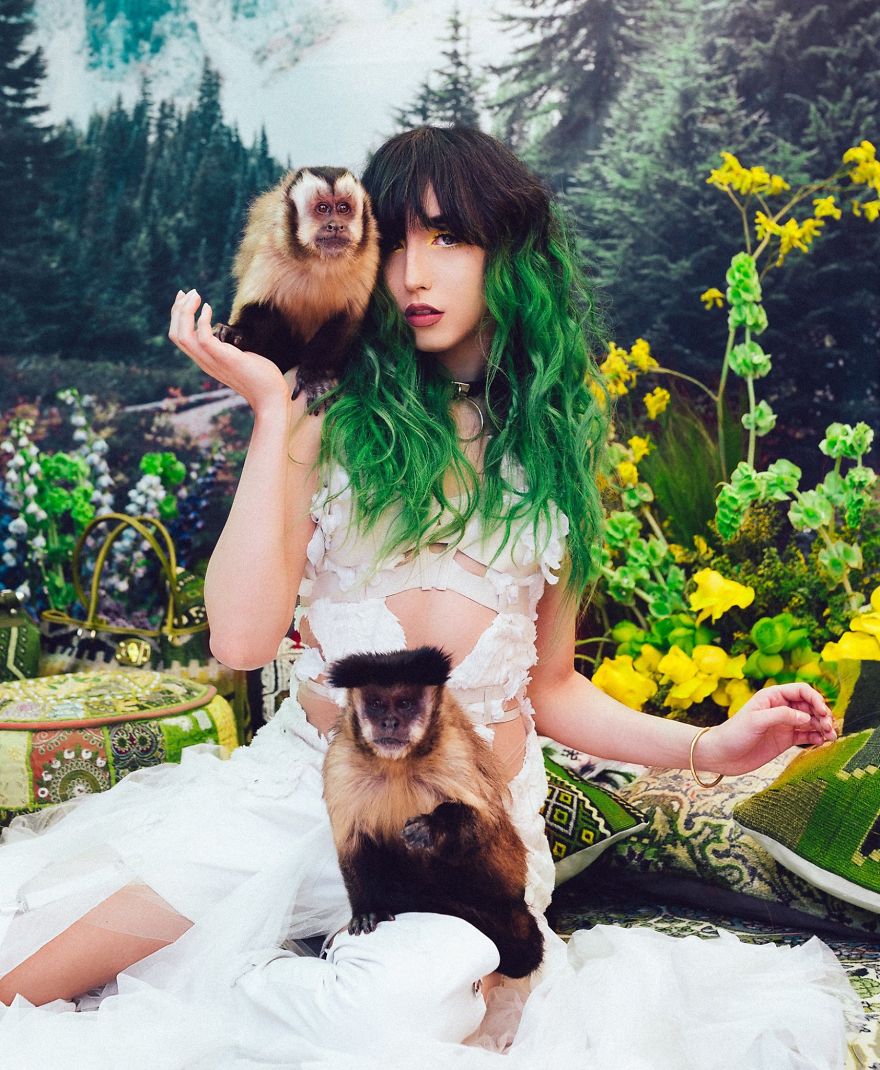 You May Also Like Also Amazing! How These Small Ones Tamed Robust Beasts And Made An Awesome Playground

14. Krissy the baboon is the queen of Animal Tracks. Previously, she was part of a trio of baboons in the movie industry. Krissy’s previous owner, a very good friend of Animal Tracks, saw the other two baboons would pick on her. 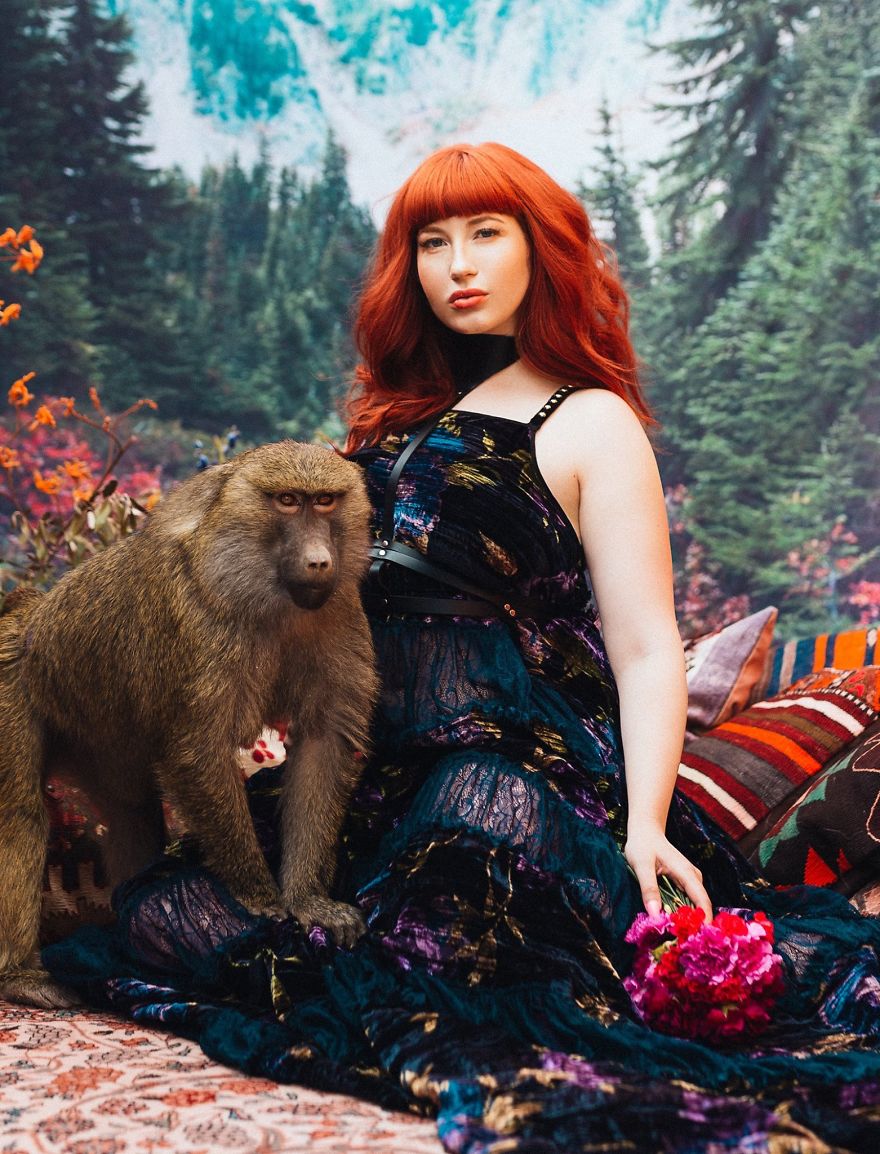 15. There are five ferrets at Animal Tracks; all from different walks of life. Some were owned illegally and some came to them from shelters, but all are loved and healthy at the sanctuary. They have a very social society and get along great together. 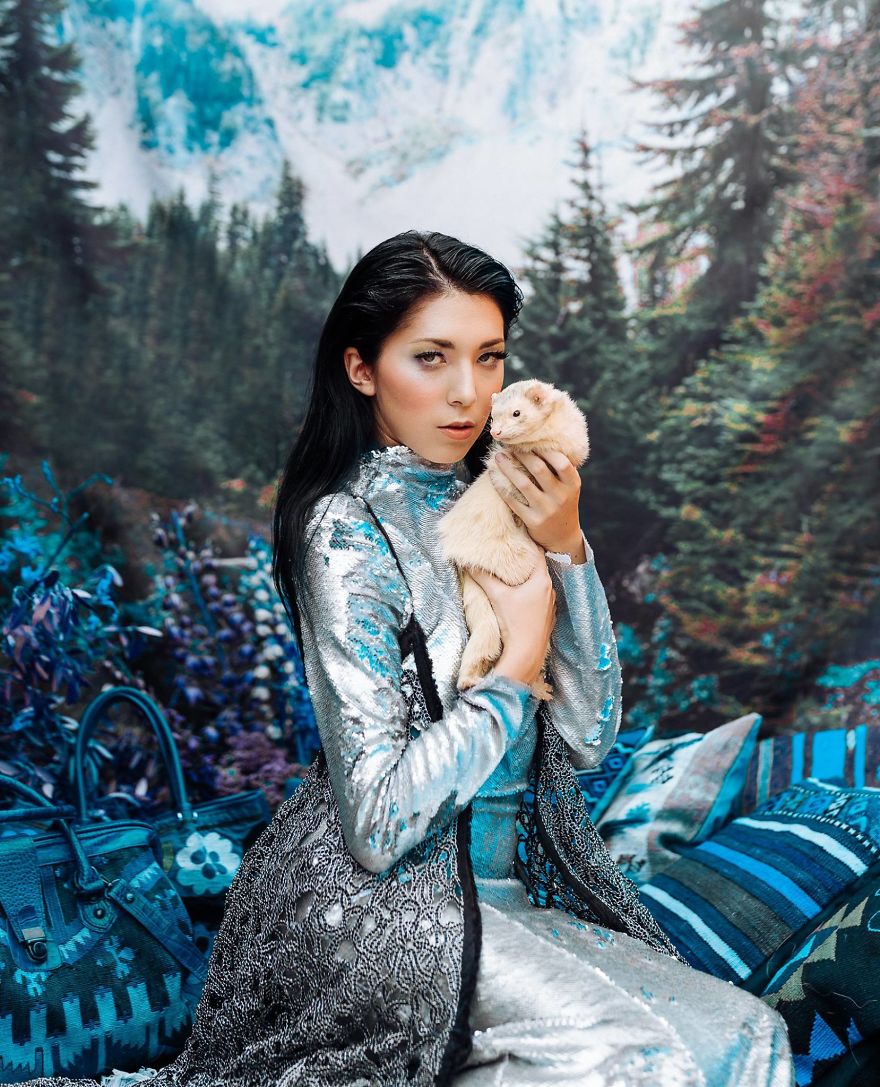