A schoolgirl who lost her leg due to cancer has overcome the odds to become a competitive ballerina.

Gabi Shull thought her dancing days were behind her when she had her leg amputated at just nine years old.

But pioneering new ‘rotationplasty’ surgery the 14-year-old bone cancer survivor has been able to get back on her toes.

Gabi was diagnosed with osteosarcoma in March 2011, when she was just nine-years-old.

Her diseased knee was removed and her foot was rotated 180 degrees and reattached to her upper leg – with her ankle serving as her knee.

Gabi was fitted with a prosthetic lower leg and took her first steps a year later.

Gabi embarked on 12 weeks of chemotherapy to shrink the tumour to an operable size.

She was offered different treatments and amputations but the family chose the rare rotationplasty – which would see her diseased knee removed and foot was rotated 180 degrees then reattached to her upper leg, with her ankle serving as her knee.

The surgery to allow her the optimum mobility and movement. 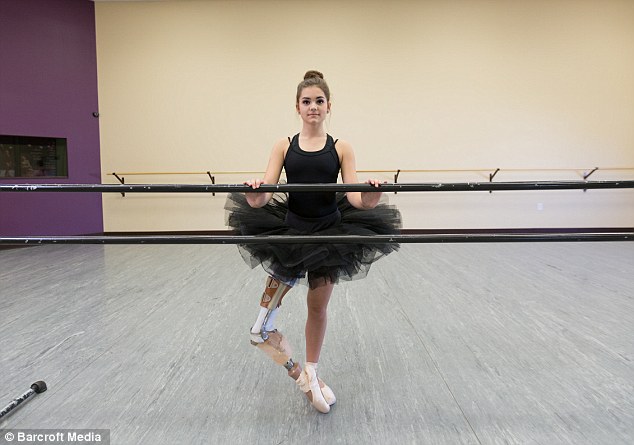 Debbie said: ‘We talked about it with Gabi and we started looking at videos of kids roller blading, rock climbing, water skiing after having a rotationplasty. 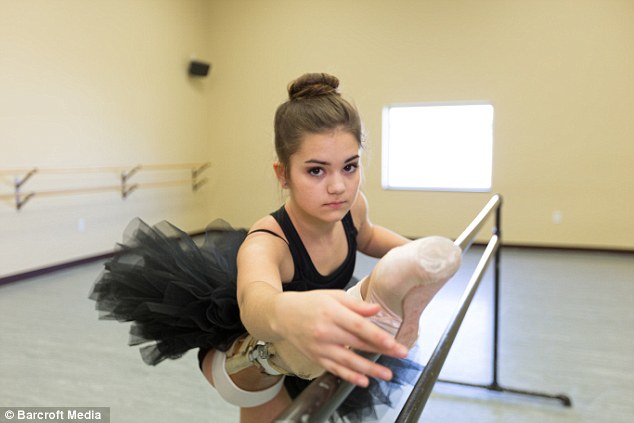 ‘We learned that there is absolutely no cons to rotationplasty except the way it looks and if you can get past that and focus on your quality of life then you’ve gained everything and have lost nothing. 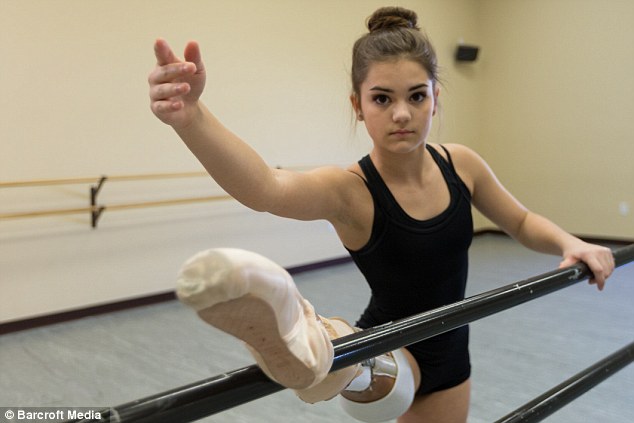 ‘There are about 12 rotationplasty surgeries every year in the United States, it’s just not a common surgery.’And for Gabi, there was one thing motivating her above all else: her love of dancing.

Gabi endured 12 sessions of chemotherapy to get the surgery that would change her life. 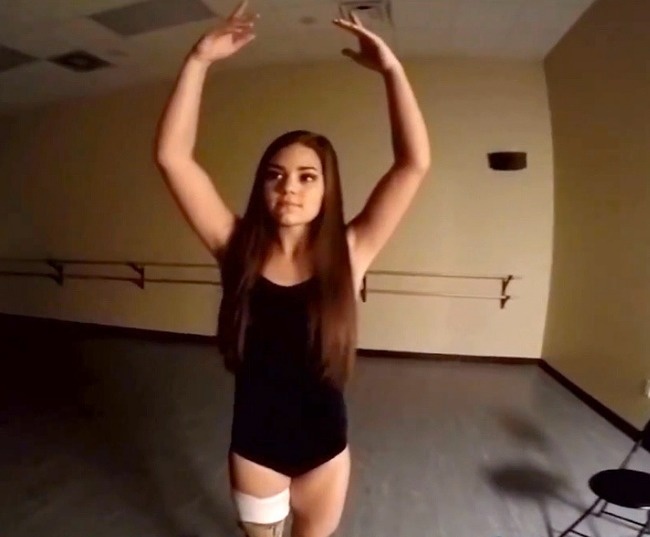 The now 15-year old enjoys the effects of the surgery that saved her from leading a stale life. 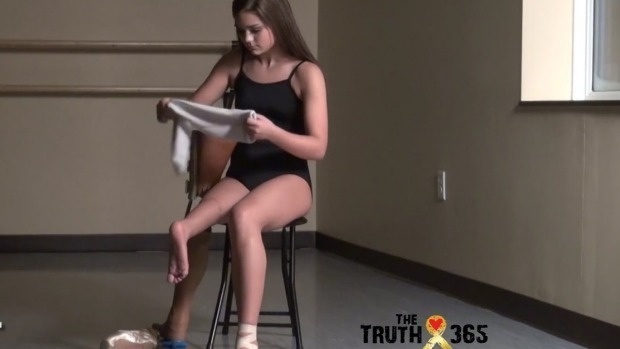 Gabi’s mom Debbie recently talked about how they decided to go ahead with rotationplasty. 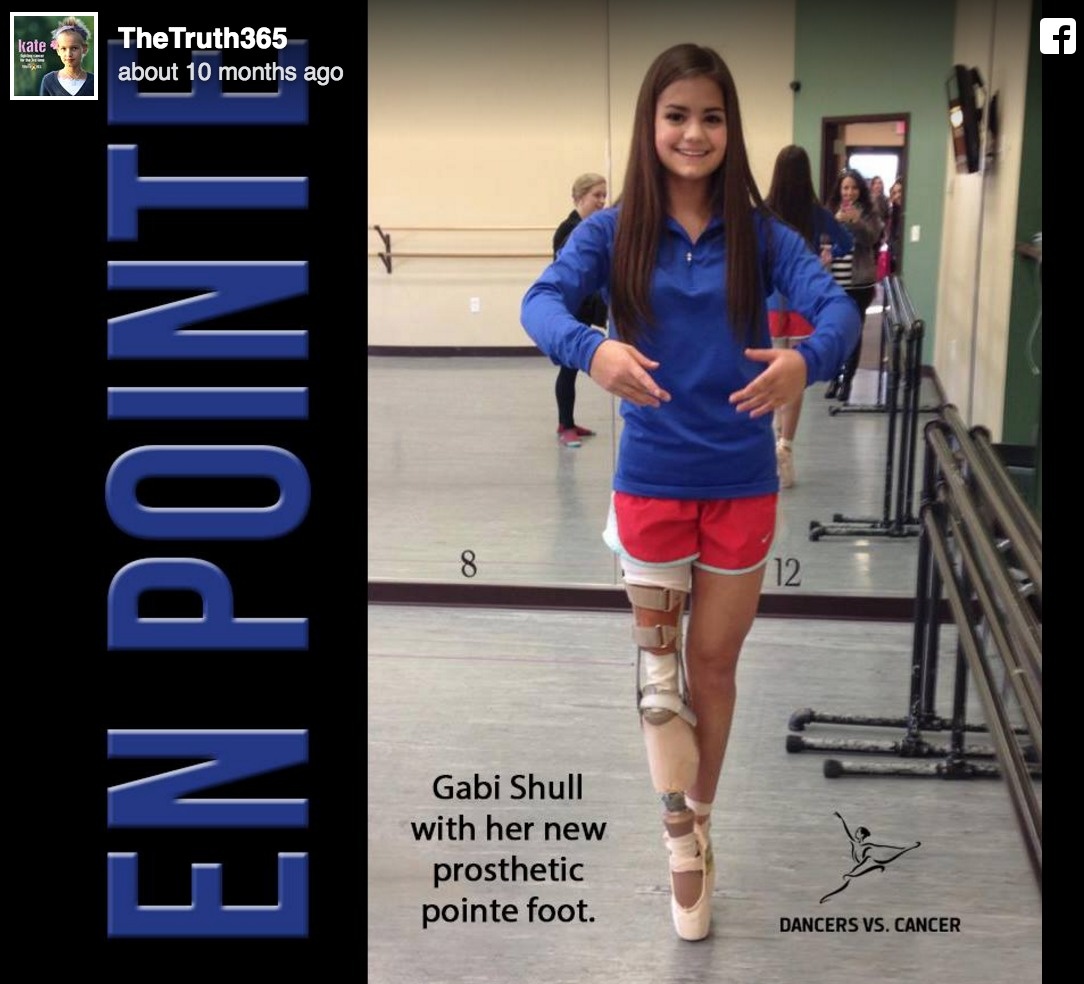 According to Debbie, the pros of the surgery outweigh the cons. 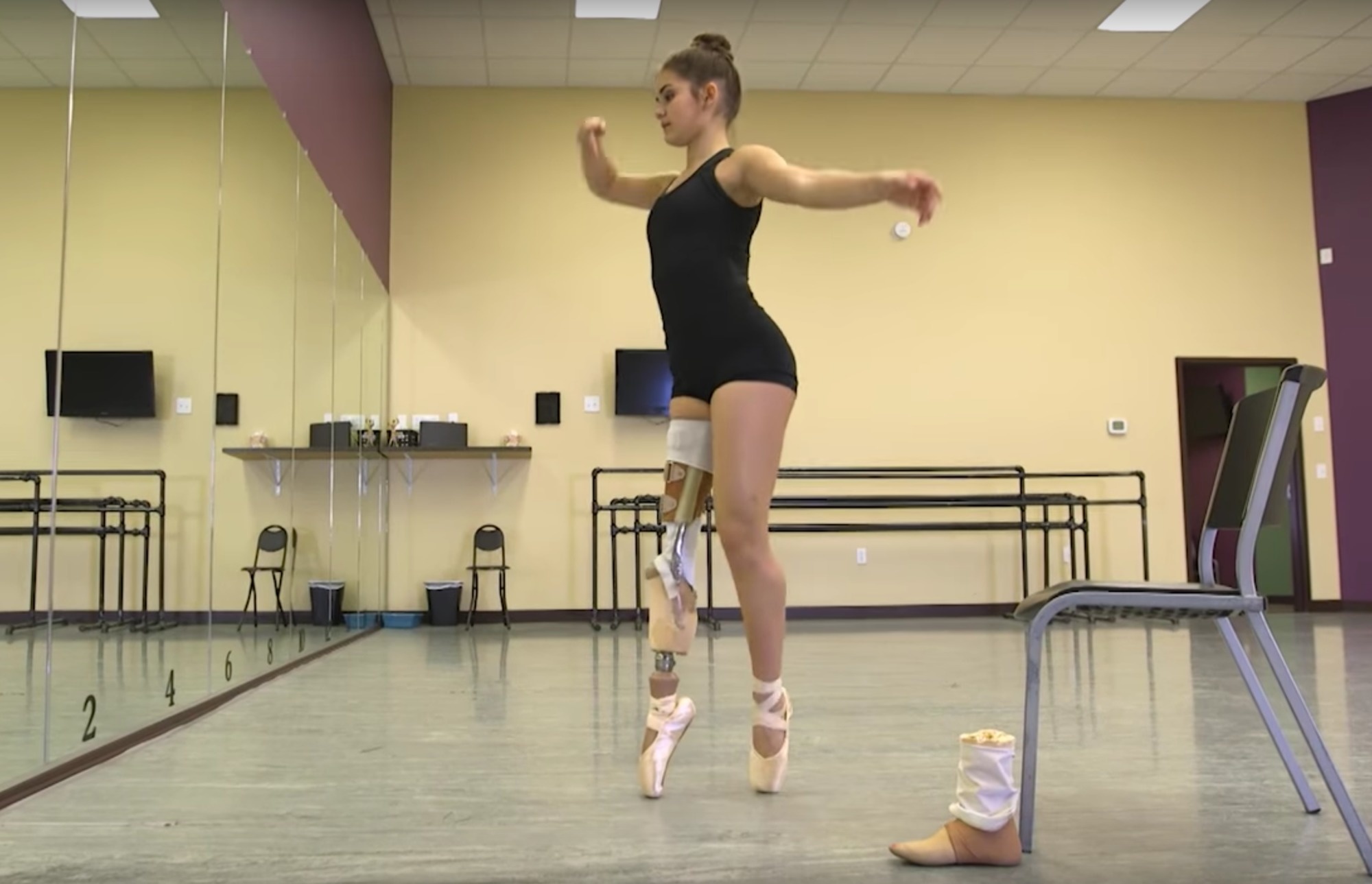 But that hasn’t stopped the young ballerina from dancing!

It took Gabi a year to learn to walk on her new leg, and another year to get back to dancing 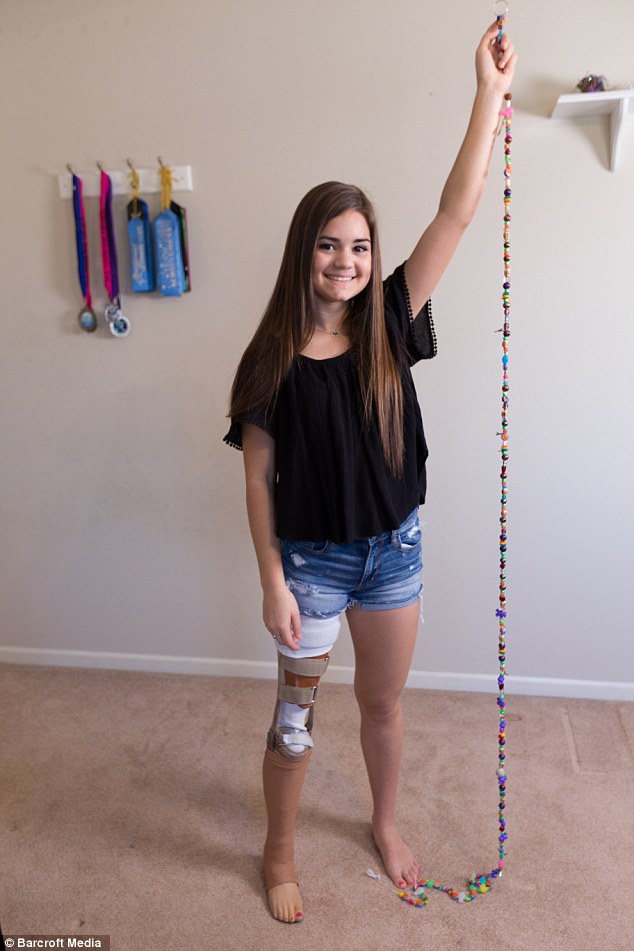 Inspiring: But she is now dancing competitively, and is an inspiration to other cancer sufferers 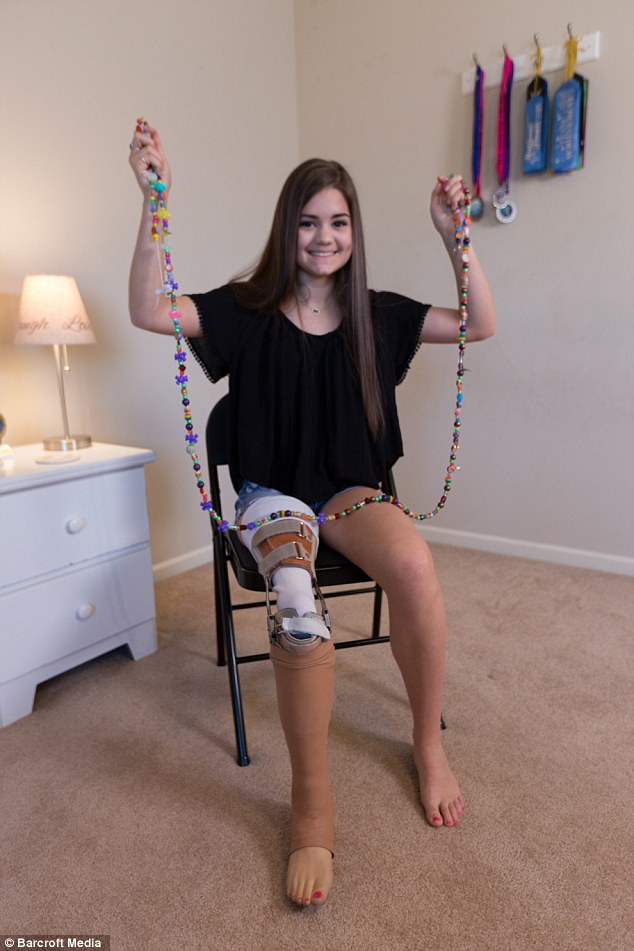 Brave: Gabi embarked on 12 weeks of chemotherapy to shrink the tumour to an operable size 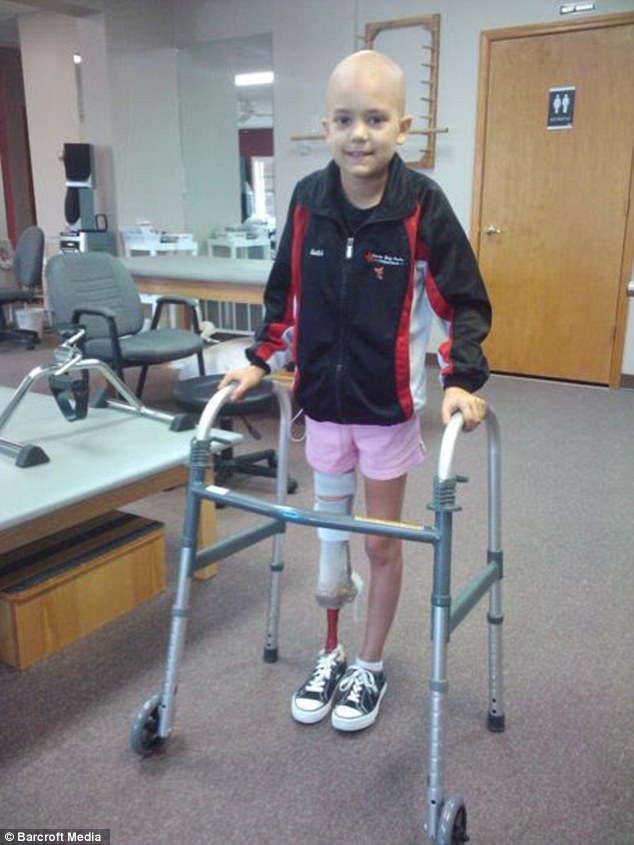 You May Also Like A Boyfriend Made His Terminally Ill Girlfriend’s wedding Dreams Come True, Fulfilling Her Dying Wish

Gabi, pictured with her family, including mother Debbie, far right, now dreams of a career in medicine 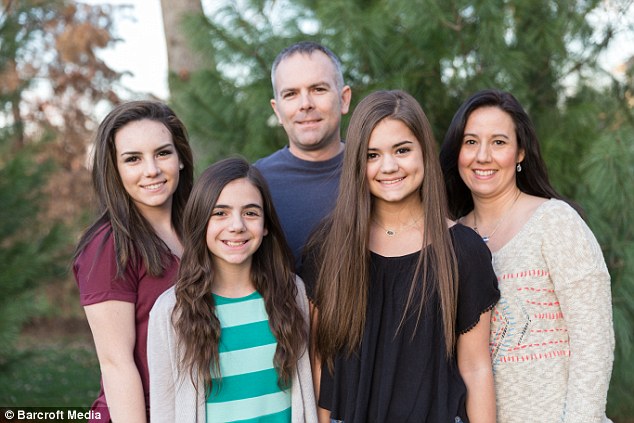