A TV host has been slammed after he snipped his female co-presenter’s dress with scissors during a live afternoon broadcast. Juan y Medio was presenting Spanish show ‘Afternoon Here And Now’ with Eva Ruiz when he decided to start cutting at her clothes.

Medio said the scissor trick was revenge for Ruiz cutting up his trousers as part of a previous prank when he refused to dance on air. 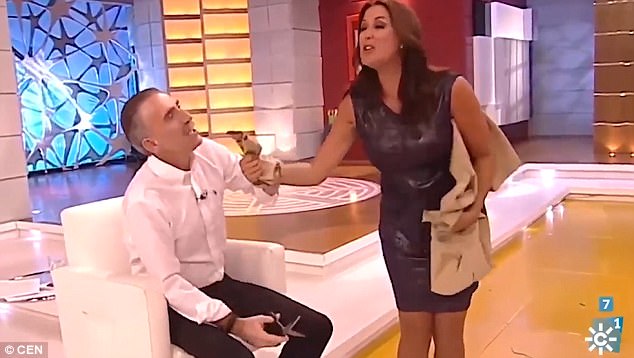 But Medio was not wearing the trousers Ruiz cut she had got a spare pair from his dressing room. In the recording Medio said: What’s up, is she the only one that can cut? 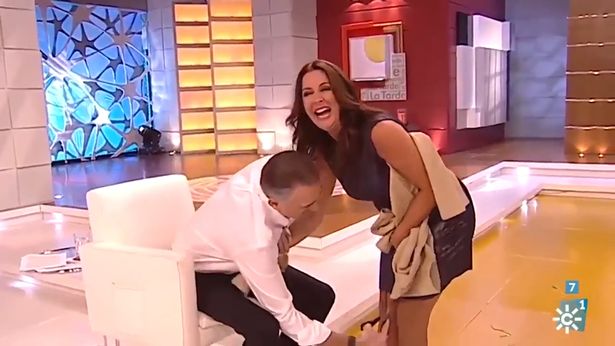 He then produced the scissors and snipped away at Ruiz’s black dress. Ruiz appeared to giggle and protest as she tried to cover her modesty, aided by a woman who came on set. 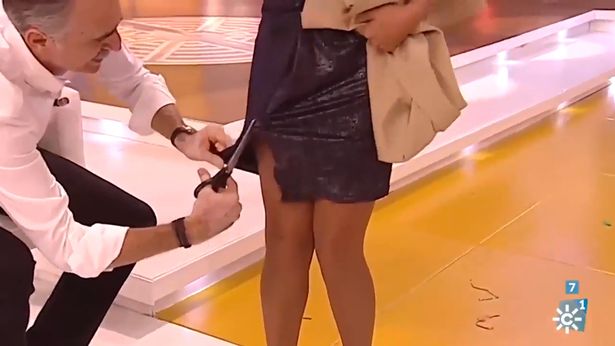 Politician Teresa Rodriguez said she was outraged by the stunt when she shared it on social media. Cheryl hits back at sacked L’Oreal trans model Munroe Bergdorf for bringing up assault conviction: ‘I’m disappointed to be involved. 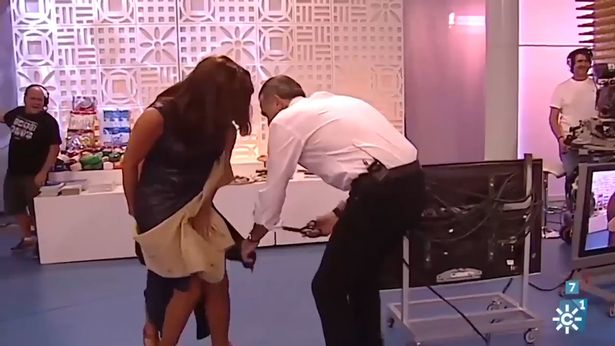 She wrote: “What if our children find this on the public television channel in Andalusia? Would they think it is funny to do it to other girls?” Ruiz herself said she had known about the joke beforehand and added that some were falsely trying to present her as a victim.