You must have seen by now the video where a sea lion grabbed a little girl off a dock and pulled her underwater.

The kid was feeding the male sea mammal bread crumbs near the water near Vancouver, Canada, sitting down on the edge of the jetty, the sea lion tried to make a meal out of her — grabbing her dress in its jaws and dragging her into the water.

Fortunately, an adult man quickly jumped in and hauled the girl back to land.

Harbor official blamed family for this scary drama captured on the video, since they avoided many signs posted at the popular fishing harbor in British Columbia telling visitors to not feed the wildlife.

What actually happened ? Scroll down for the video

Some tourists in British Columbia got a bit of a scare when a sea lion grabbed a little girl and dragged her into the water.

Michael Fujiwara was sitting on a dock at the Steveston Fisherman’s Wharf in Richmond, British Columbia on Saturday, when the California sea lion popped its head out of the water. 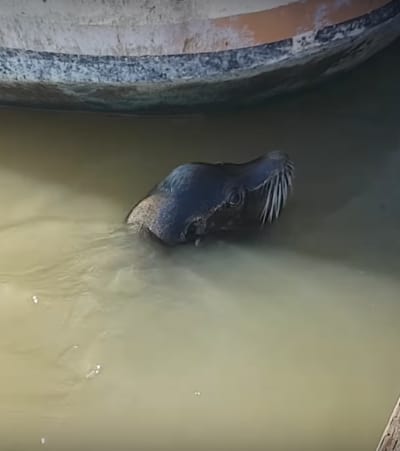 The first part of a now-viral video shows a sea lion swimming near a dock in Steveston, a seaside community on Canada’s western coast.

You May Also Like Glamour Model Attacked by Shark During Photo Shoot. Was It Just A Stunt??

The animal swims closer to the dock after grabbing a piece of food that someone threw.

It then rises from the water toward a little girl kneeling near the dock, then goes back in. The girl and others laugh.

She sits on the dock. After just one second, the sea lion jumps back, swiftly grabbing the girl by her white dress and dragging her into the water. Onlookers can be heard screaming in horror. A man immediately gets into the water to save the girl. 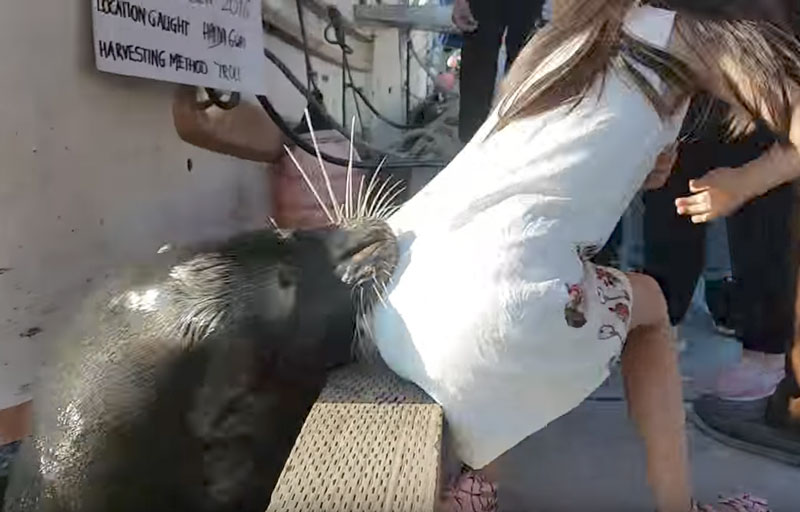 Fujiwara grabbed his phone and started shooting video. He says the animal attracted a lot of attention and the girl and her family came to the edge of the dock. “Her family started feeding the animal and the sea lion started to become comfortable,” Fujiwara said. In the video, you can hear people laughing and whistling at sea lion and holding their hands over the water, as if they were holding a treat.

A man, who Fujiwara thinks was a relative, jumps in after her and bystanders pull them to safety. “After being pulled back onto the dock, the family quickly walked away from the area without saying much,” Fujiwara said. “They were probably very shaken up and just wanted to get away from the sea lion as fast as possible.” 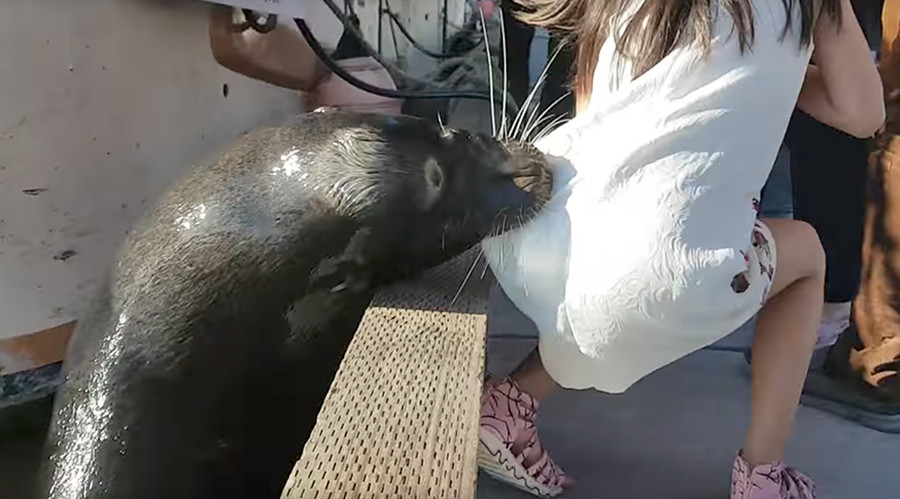 The video, taken by Michael Fujiwara, was posted on YouTube and has garnered 1.5 million page views.

The Most Amazing!! Eagle Attacks On People & Animal

This whole incident is a reminder that approaching any wild animals is a dangerous task, to both you and the animal. Thrill-seeking tourists taking pictures of wildlife is becoming an increasing problem. Be sure to share this!