Home » Serena Williams Loses In a Way She Never Has Before! 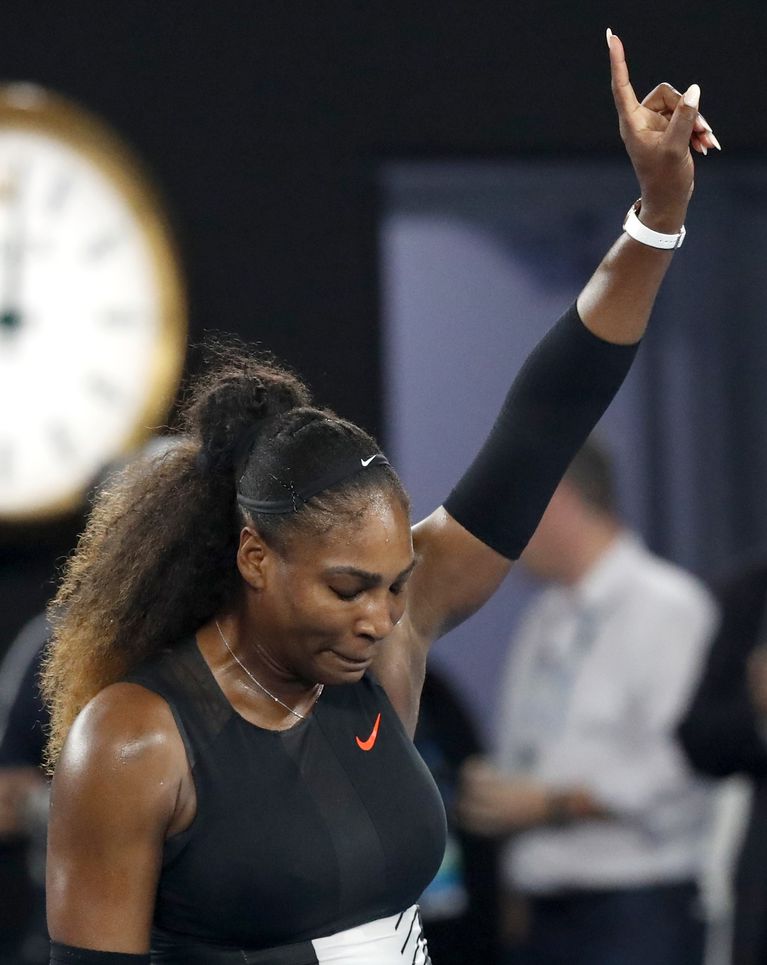 Serving at 5-1 in the third set against Karolina Plíšková and one point from victory, Serena Williams suffered the most unexpected and stunning loss in her Grand Slam career, in a way she never has before.

Plíšková saved four match points and won the last six games in a 6-4, 4-6, 7-5 battle that lasted two hours and 10 minutes. Instead of reaching the semifinals in Melbourne, Williams is now out of the Australian Open.

Tennis is a game designed to thwart inevitability. You may have a dominant serve that delivers steady aces, but, after you’ve won a few points, the game will end, and your opponent gets a turn.

Having said that, need not be dishearted, we look back at 23 incredible stats from the 23-time major winner.

Serena Williams made it 23 Grand Slam titles with her win at the Australian Open in 2017, surpassing Steffi Graf for the most major trophies in the open era.

After a “disappointing” 2016 that had many wondering if the 35-year-old had any more major titles in her, Serena finally broke through — beating her sister Venus 6-4, 6-4 in the ninth all-Williams Grand Slam final in history (and the second in Australia) — and moving ahead of Steffi Graf for the most major titles in the open era. After a stunning loss at the U.S. Open ended her bid for a calendar-year Grand Slam, Serena headed into 2016 determined to make history. But she had to wait a bit. Defeats in the final at the Australian and French Opens delayed the inevitable, but at Wimbledon, Serena brought her best. She played stellar tennis in defeating Angelique Kerber — who had beaten Serena in Melbourne — 7-5, 6-3. It was her 22nd Grand Slam title, equaling Steffi Graf’s open-era record. For the second time in her career, Serena achieved the so-called “Serena Slam” — owning all four major titles simultaneously. She took out 21-year-old Garbine Muguruza 6-4, 6-4 for her sixth title at the All England Club and moved one Slam crown shy of Steffi Graf’s career mark. With this win, Serena moved into sole possession of third place on the all-time Slam wins list. Only Margaret Court (24, though 13 predated the open era) and Steffi Graf (22) had more at the time. It wasn’t easy though. Serena dropped the first set in four of her matches and needed three again in the final to dispatch Lucie Safarova 6-3, 6-7 (2), 6-2. Serena continued her one-sided ownership of the rivalry with Maria Sharapova, winning 6-3, 7-6 (5) for her sixth title in Melbourne. It was Serena’s 16th straight win over the Russian dating back to 2005. Good friend Caroline Wozniacki was the victim here, as Serena cruised to a 6-3, 6-3 win. Serena was at her brilliant best in this tournament, winning it without dropping a set and not losing more than three games in any one of them. For the second straight year, Serena held off Azarenka in the final in Flushing Meadows. The wind-swept, three-set affair went 7-5, 6-7 (6), 6-1 to the American. The title left her one shy of Martina Navratilova and Chris Evert on the all-time list, in sixth place overall. After an 11-year gap, Serena returned to the top in Paris, beating defending champion Maria Sharapova 6-4, 6-4 in the final to win her second title at Roland Garros and first since 2002. The win was also Serena’s 31st straight in a run of dominance that had some suggesting it was the best tennis of her career. Serena hoisted the Wimbledon trophy once again after defeating Poland’s Agnieszka Radwanska 6-1, 5-7, 6-2 in the final. This was Serena’s fifth Wimbledon singles title — culminating a long comeback from injury and tying her with sister Venus. Playing one of the best finals of her career, Serena floated back and forth across the court in a relatively easy 6-4, 6-3 win over first-time finalist Vera Zvonareva. It was Serena’s fourth Wimbledon title and vaulted her past Billie Jean King on the all-time Grand Slam title list. Serena and Justine Henin had combined to make 25 Grand Slam finals prior to the 2010 Australian Open, but amazingly, they had never faced each other in one until this. Henin — who had recently come out of retirement — pushed Serena to a third set, but the American came through 6-4, 3-6, 6-2 for her fifth title in Melbourne. Serena improved to 6-2 against her sister in Grand Slam finals with a 7-6 (3), 6-2 win over Venus. But Serena almost didn’t even make it to this one — she had to survive a classic semifinal against Elena Dementieva in the previous match. Serena continued her run of success in odd years at the 2009 Australian Open, winning her fourth title in Australia with a thorough 6-0, 6-3 beating of Dinara Safina. One of her best tournament showings, Serena was rarely challenged — except, of course, by Venus in the quarterfinals — and won the title without dropping a set. The No. 4 seed beat Jelena Jankovic 6-4, 7-5 in the final for her third title in New York. Serena was at her heavy-hitting best in Melbourne, obliterating Maria Sharapova 6-1, 6-2 in the final to end a two-year Slam drought. The win also got revenge for the 2004 Wimbledon final, which Serena lost to the up-and-coming Russian. Lindsay Davenport competed in seven Grand Slam finals, but this was the only one against Serena. After getting shown up in the first set, Serena rallied for a 2-6, 6-3, 6-0 win to take her second title in Melbourne. Serena conquered Wimbledon for a second straight year, beating Venus in the final 4-6, 6-4, 6-2 — one of only two three-set Slam finals the sisters have played in eight meetings. It was also Serena’s sixth straight Slam final against her sister and the first of what is now six majors at which Serena has won the women’s title and Roger Federer has won the men’s crown. In probably their most competitive final, Serena again beat Venus for the title, this time in three sets. Serena won 7-6 (4), 3-6, 6-4 to capture her first title Down Under. The win also capped her first “Serena Slam” — after this title, she was the current holder of all four major championships. Serena pulled off the French-Wimbledon double with a 7-6 (4), 6-3 win, again over sister Venus. It was Serena’s first success on the grass courts of the All England Club, with many more to come. Serena waited out nine Grand Slams before returning to the winner’s circle with this win in Paris, the longest drought in her career. The 7-5, 6-3 win over her sister, Venus, was Serena’s first of six Slam final wins over her sibling. She also lost to Venus twice on the big stage. Just 17 years old, Serena Williams made her arrival on the Grand Slam stage at her home nation’s major, beating world No. 1 Martina Hingis in the final 6-3, 7-6 (4). She also beat No. 2 Lindsay Davenport and No. 4 Monica Seles en route to the championship.