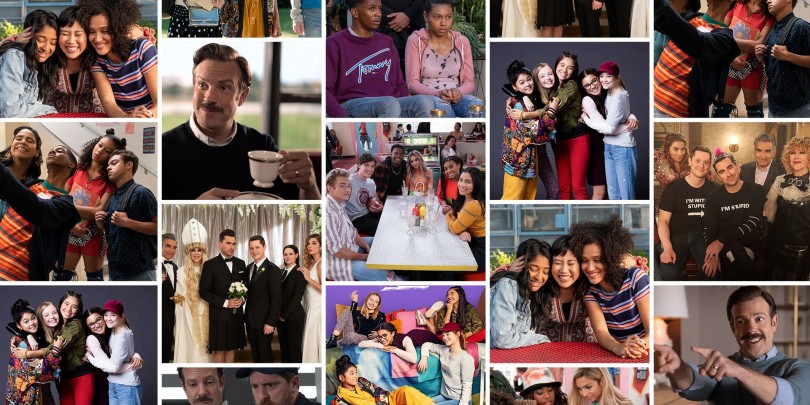 Here are the winners of Seventeen’s Media Awards: Best Movies of 2020. At No. 6 is “The Half of It” which takes adaptation of Cyrano de Bergerac above the beyond thanks to a powerful script by Alice Wu.

While stuck at a wedding in Palm Springs, Nyles (Andy Samberg) meets Sarah (Cristin Milioti), the maid of honor and family black sheep. After he rescues her from a disastrous toast, Sarah becomes drawn to Nyles and his offbeat nihilism. But when their impromptu tryst is thwarted by a surreal interruption, Sarah must join Nyles in embracing the idea that nothing really matters, and they begin wreaking spirited havoc on the wedding celebration.

“Hamilton” is the story of America then, told by America now. Featuring a score that blends hip-hop, jazz, R&B, and show tunes, “Hamilton” has taken the story of American founding father Alexander Hamilton and created a revolutionary moment in theater–a musical that has had a profound impact on culture, politics, and education. Captured at the Richard Rodgers Theater on Broadway in June 2016, the film transports its audience into the world of the Broadway show in a uniquely intimate way.

3. Blackpink: Light Up the Sky

What if you saved a souvenir from every relationship you’ve ever been in? The Broken Hearts Gallery follows the always unique Lucy (Geraldine Viswanathan), a 20-something art gallery assistant living in New York City, who also happens to be an emotional hoarder. After she gets dumped by her latest boyfriend, Lucy is inspired to create The Broken Heart Gallery, a pop-up space for the items love has left behind. Word of the gallery spreads, encouraging a movement and a fresh start for all the romantics out there, including Lucy herself.

Lara Jean Covey writes letters to all of her past loves, the letters are meant for her eyes only. Until one day when all the love letters are sent out to her previous loves. Her life is soon thrown into chaos when her foregoing loves confront her one by one.

A shy, introverted, Chinese-American, straight-A student finds herself helping the school jock woo the girl they both secretly love. In the process, each teaches the other about the nature of love as they find connection in the most unlikely of places.

A 17-year old Missouri teen named Veronica discovers she has gotten pregnant, a development that threatens to end her dreams of matriculating at an Ivy League college, and the career that will follow.

After swapping bodies with a deranged serial killer, a young girl in high school discovers she has less than 24 hours before the change becomes permanent.

England, 1884 – a world on the brink of change. On the morning of her 16th birthday, Enola Holmes (Millie Bobby Brown) wakes to find that her mother (Helena Bonham Carter) has disappeared, leaving behind an odd assortment of gifts but no apparent clue as to where she’s gone or why. After a free-spirited childhood, Enola suddenly finds herself under the care of her brothers Sherlock (Henry Cavill) and Mycroft (Sam Claflin), both set on sending her away to a finishing school for “proper” young ladies. Refusing to follow their wishes, Enola escapes to search for her mother in London.