The Sony World Photography Awards is celebrating its 10th anniversary, more than 277,000 photographs have been submitted from 183 countries around the world in Professional, Open and Youth categories.

49 countries are represented in the shortlist, with the winners to be revealed on April 20 at an awards ceremony at Somerset House in London. See the incredible photos below: 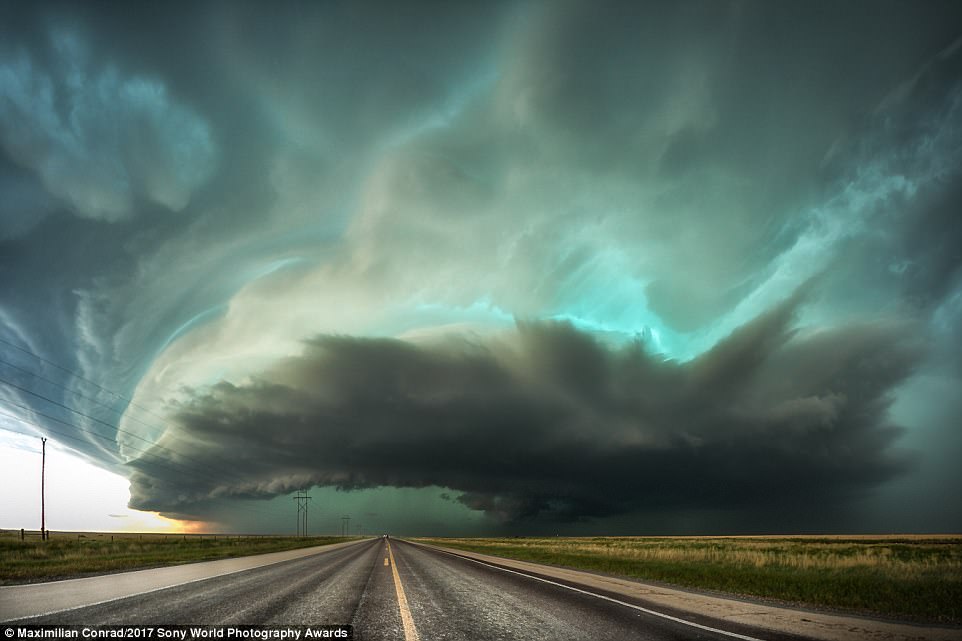 2. Killer whale breaches off the northern coast of Hokkaido, tossing silver shards of glimmering water into the air as it breaks the surface 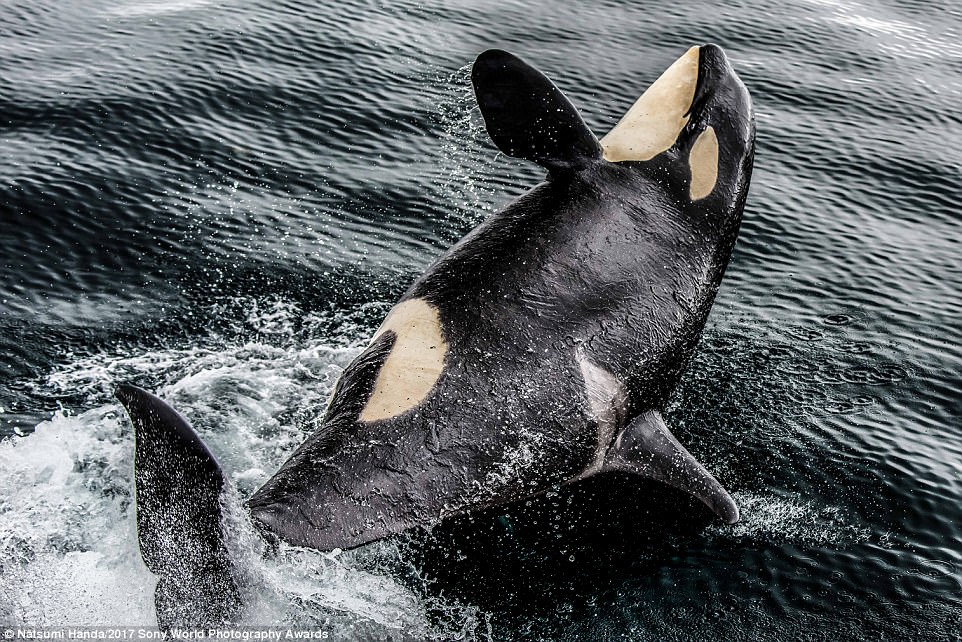 3. Christina Roemmelt took this startling image of an ice cave in December 2016 after a long hike to a glacier in an undisclosed location 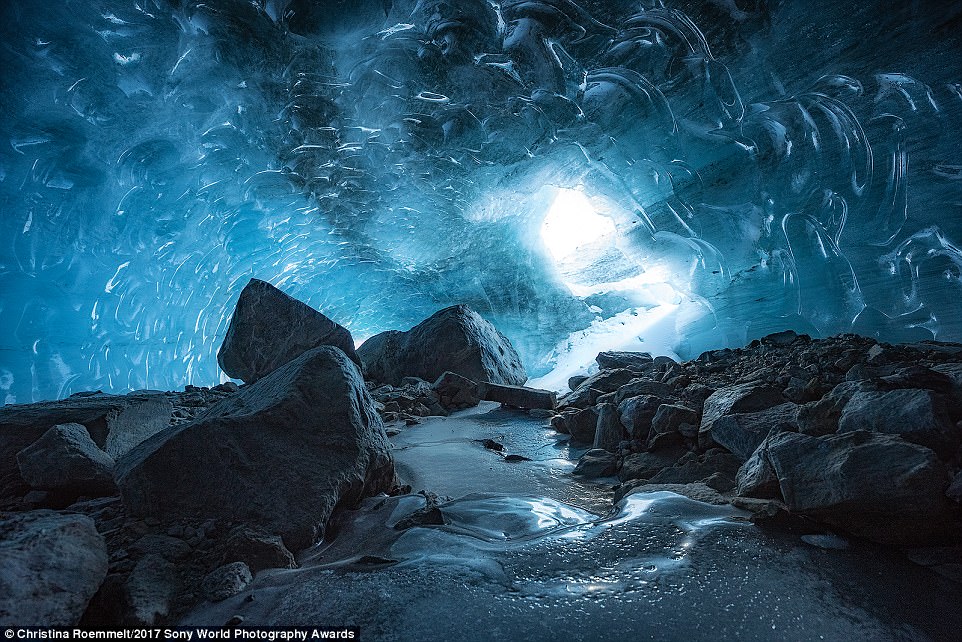 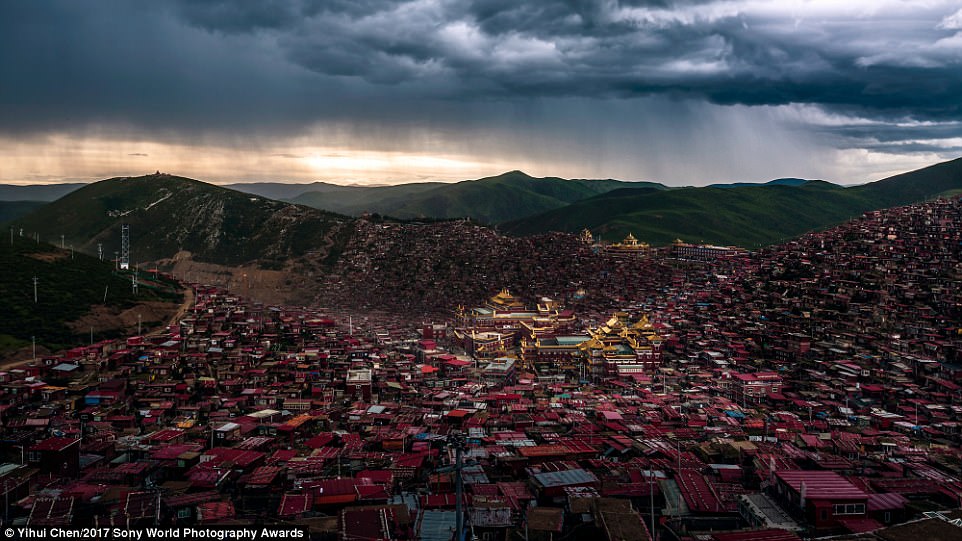 5. Pier Mane captured this indigenous tribe of the Solomon islands 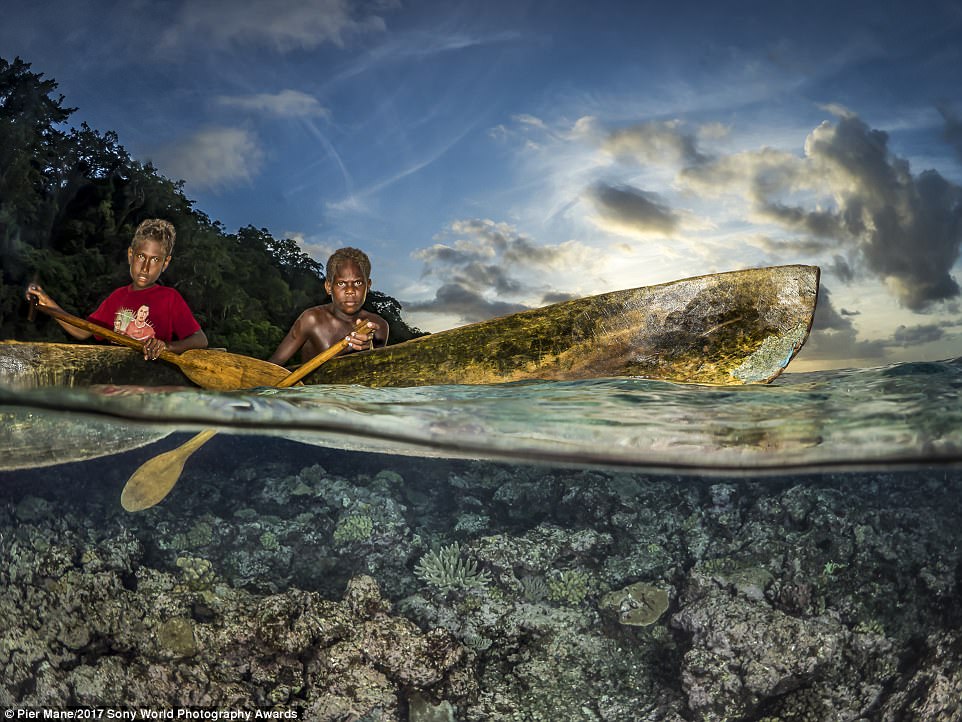 6. Rob Wilson explains of his entry: ‘The sun setting over Yosemite Valley as shot from Taft Point while my girlfriend poses on the cliff edge 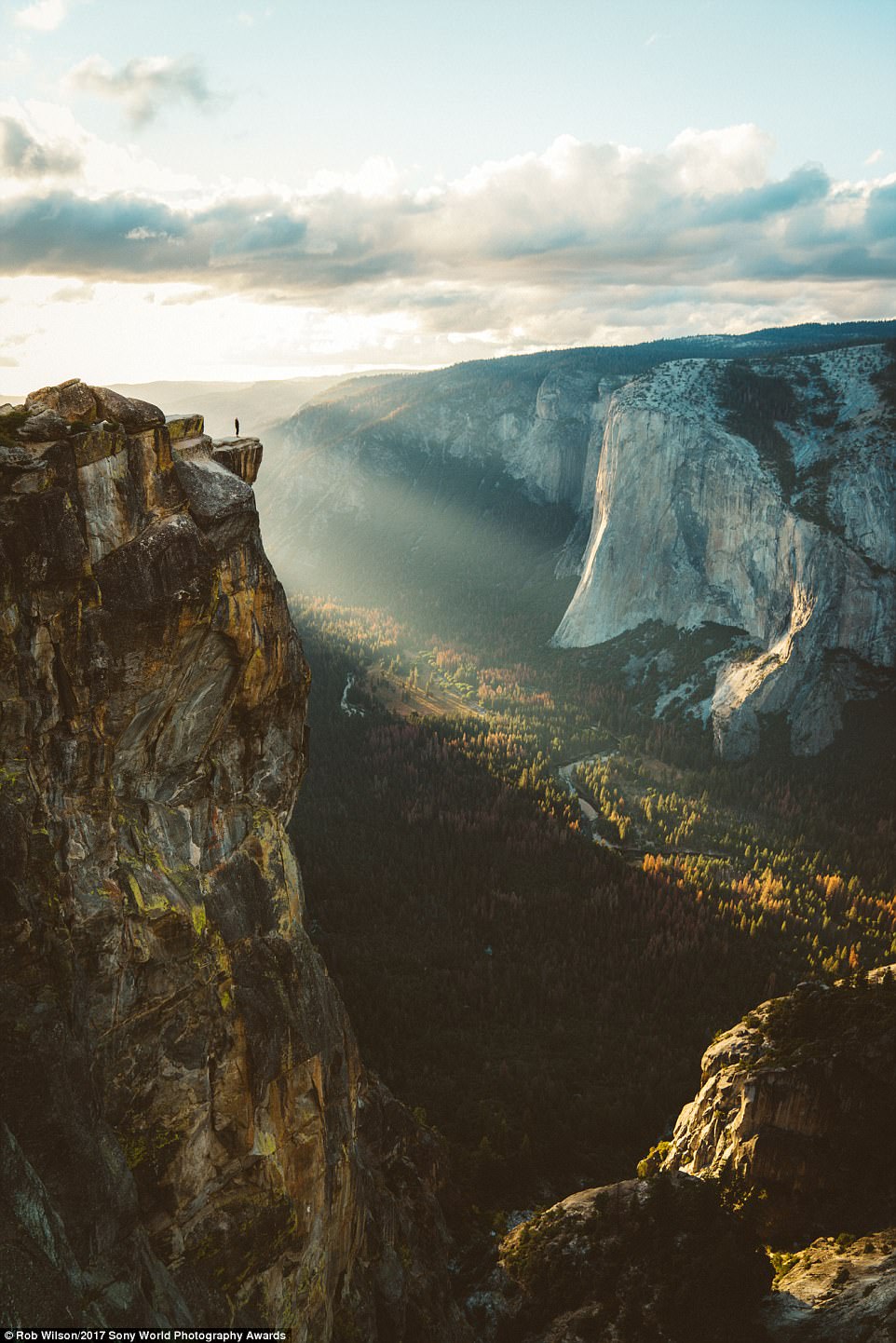 7. A lone silkie shark illuminated by the sunlight lurks beneath the surface near a rocky wall 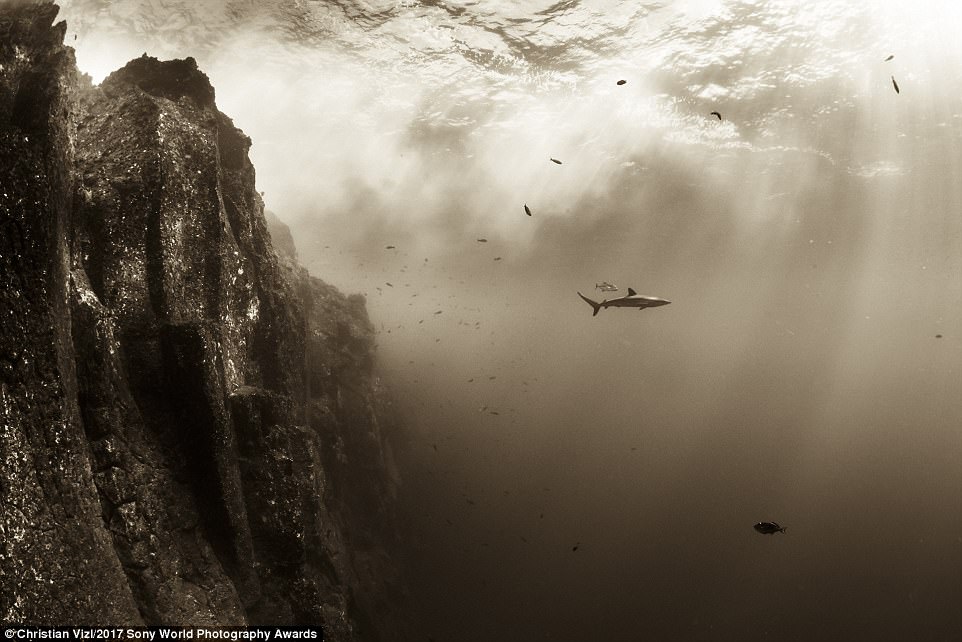 8. A bedouin boy in Oman poses with his father’s rifle by Mark Languido Vicente 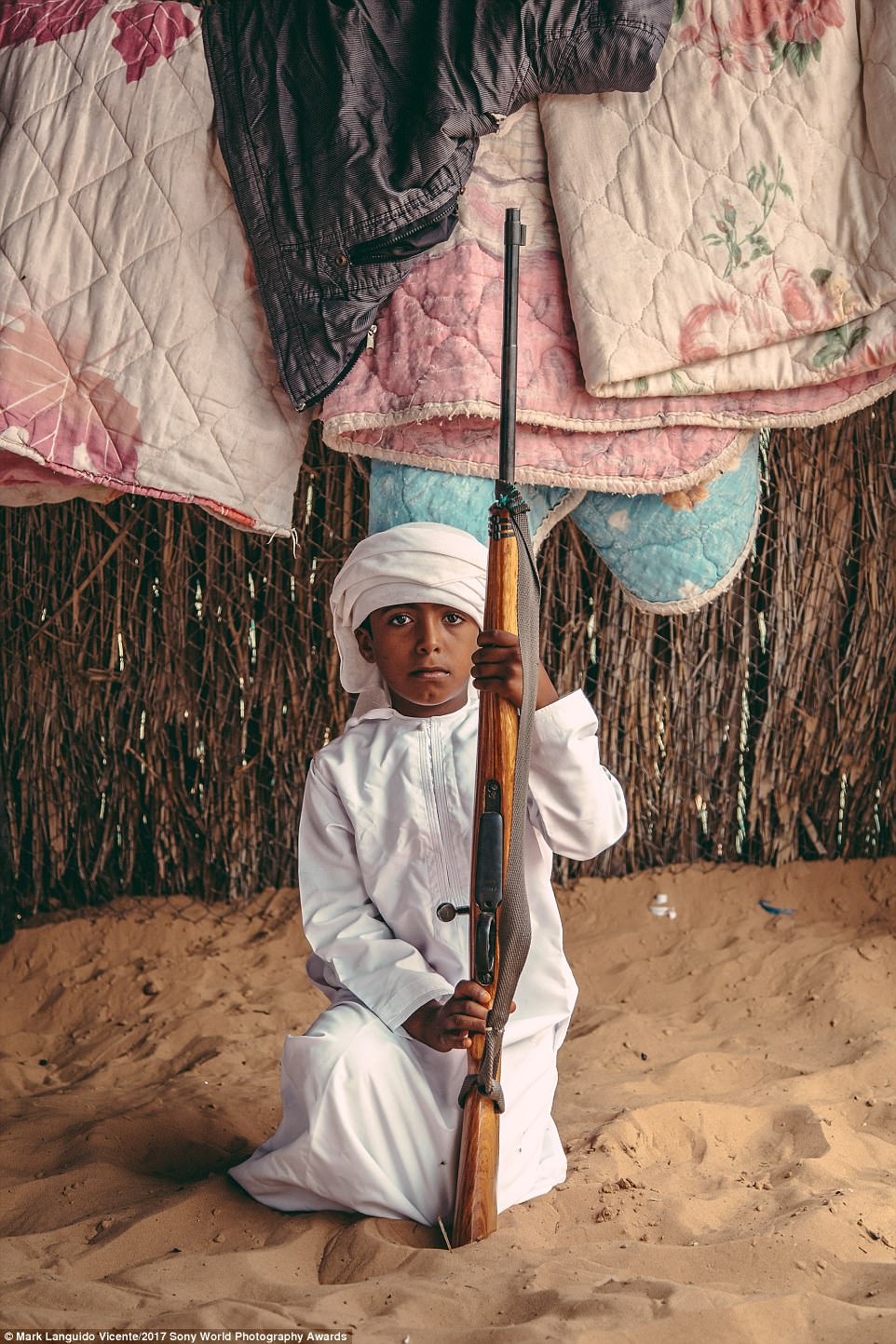 9. Turkish photographer Oktay Subasi captured this majestic image of a rancher amid a herd of horses cantering through the dust 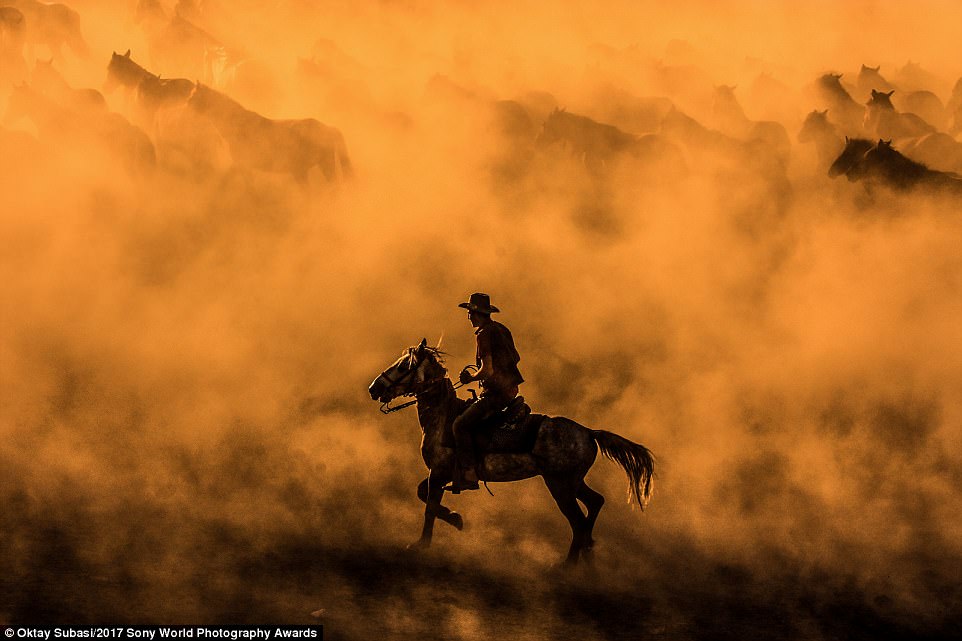 10. A firefighter crosses into a burning building to douse fire at Tampaco Foils Limited, a packaging factory in the Tongi industrial area near Dhaka, Bangladesh 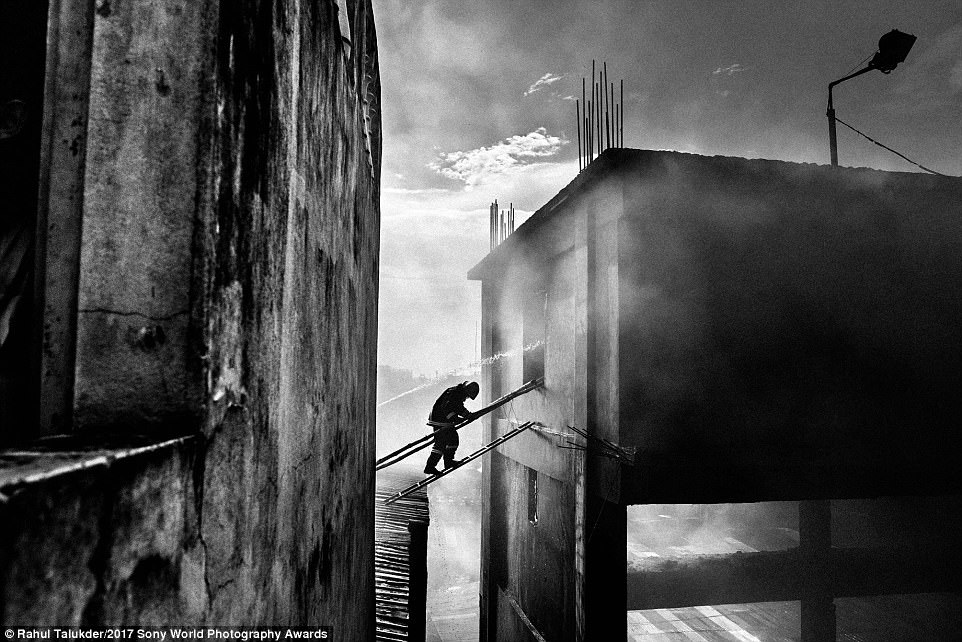 11. A chorus of five baby swallows eagerly await the return of their mother, who will drop food into their tiny beaks 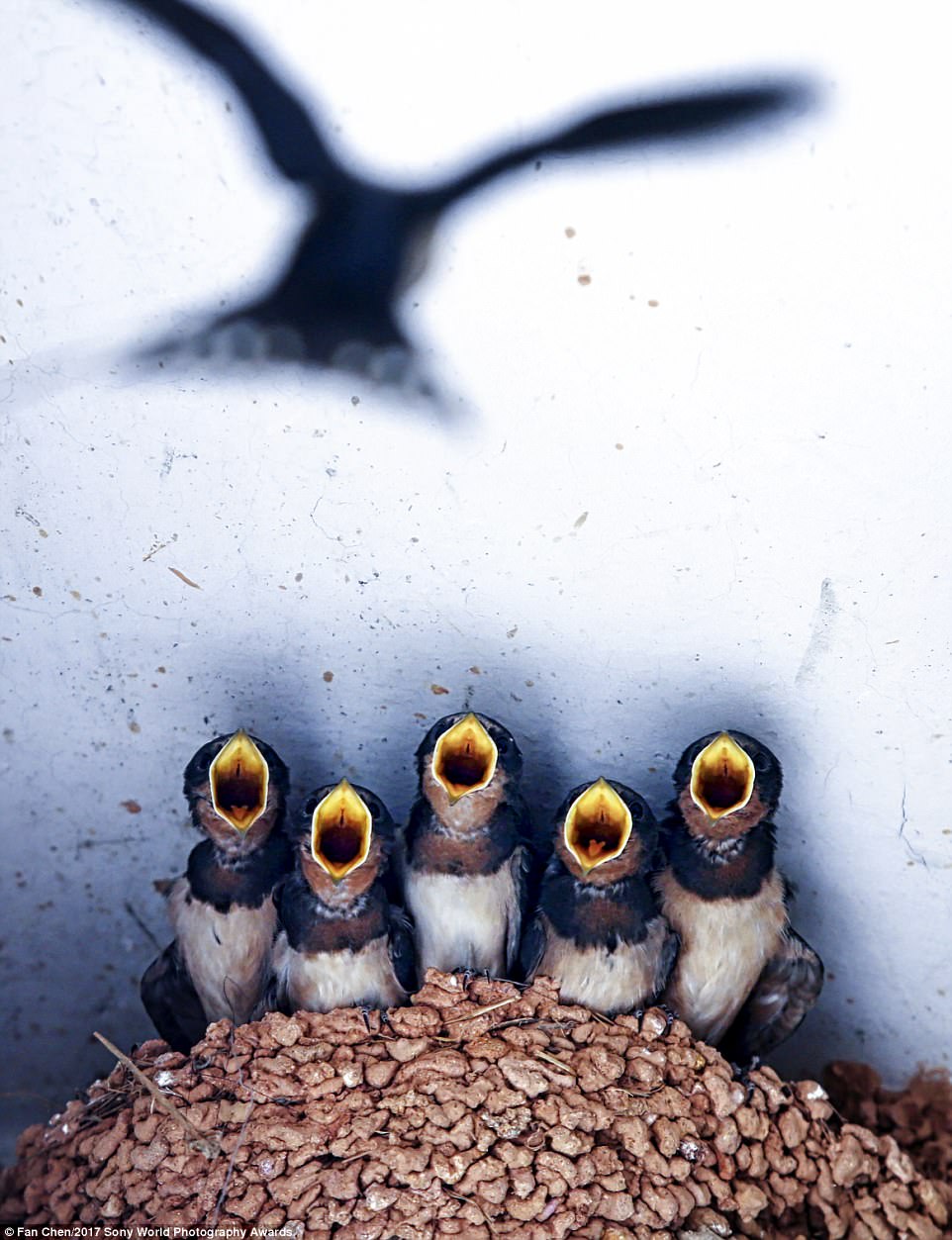 12. Iraqi civilians displaced by fighting in the village of Shora, just south of Mosul, reach an Iraqi army checkpoint on the northern outskirts of Qayyarah 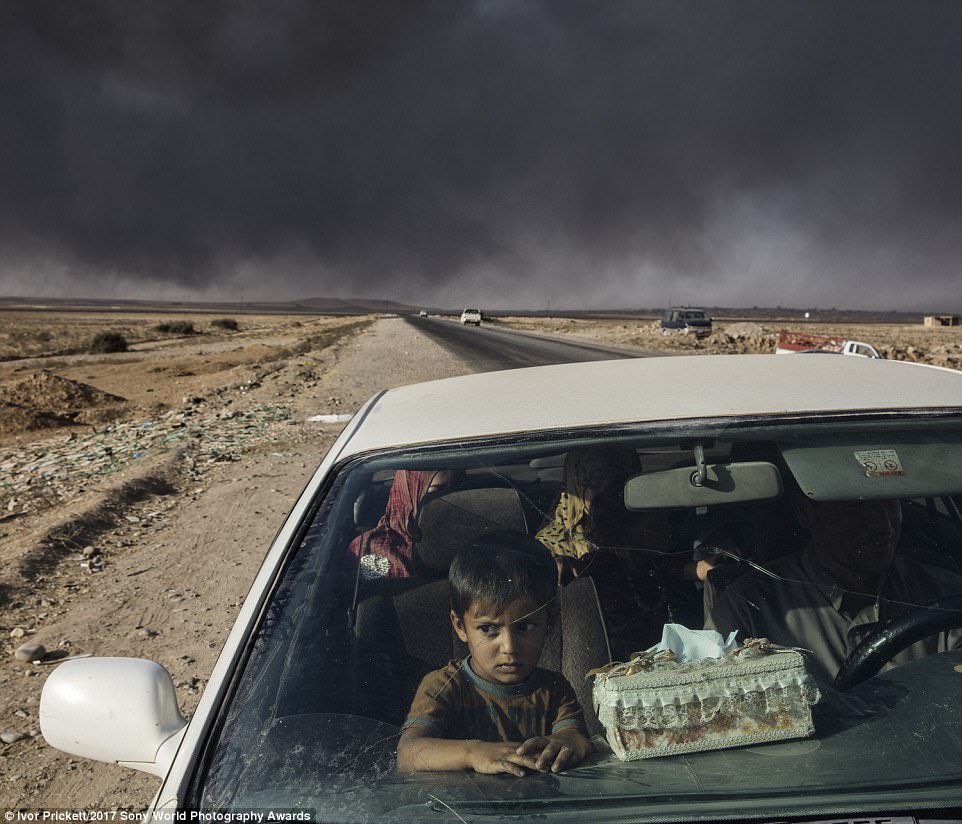 13. A boy in Nakhon si Thammarat, South Thailand, rests his weary head on a buffalo in the mists of the early morning 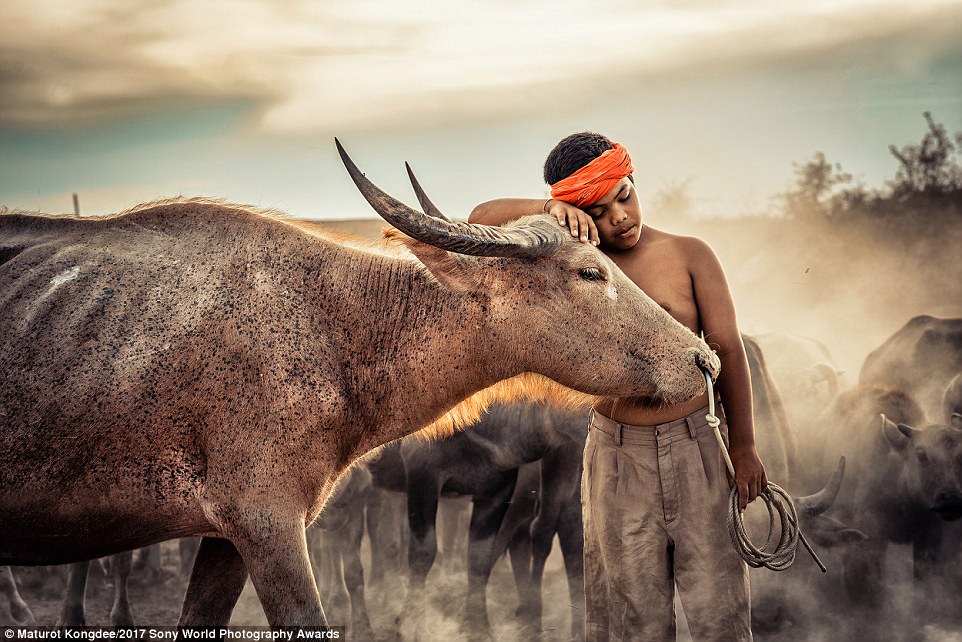 14. The photo is taken at a cemetery in Manila, Philippines, where a community of homeless people live 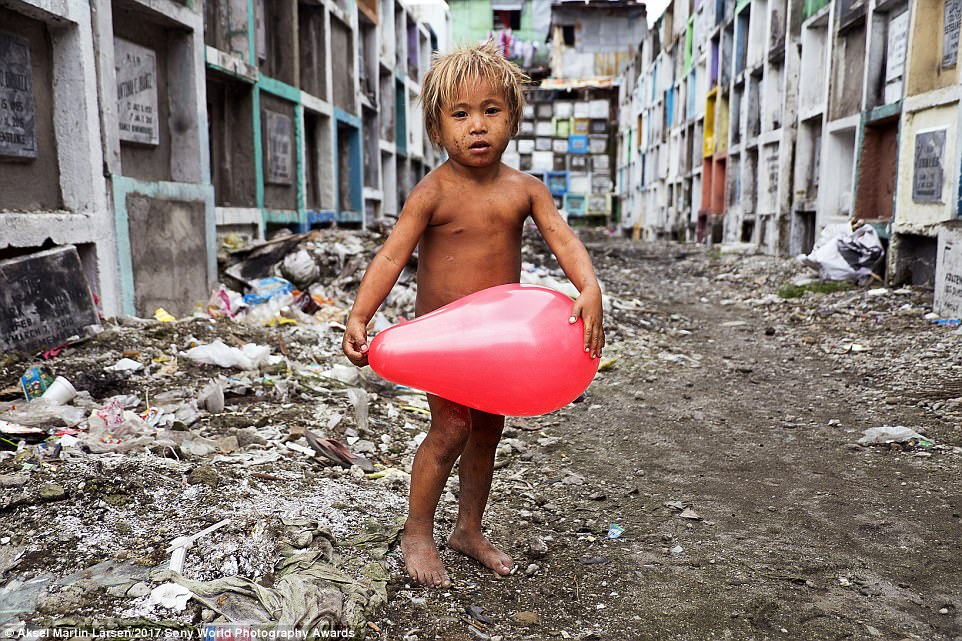 15. As part of the Ceremony of Cleaning Of Corpses in North Toraja, Indonesia, family and relatives clean the dead body of Paulus Sampe Lemba, who died at the age of 62. 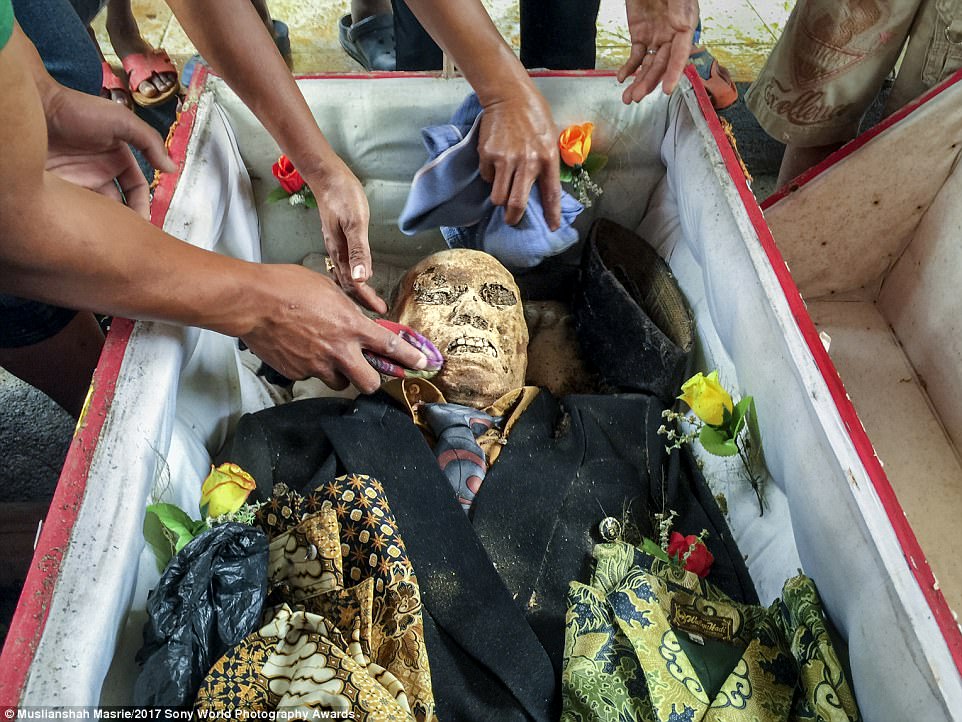 16. Thousands of Muslims in Tongi, near Dhaka in Bangladesh, take Friday prayers in congregation grounds as part of Biswa Istema 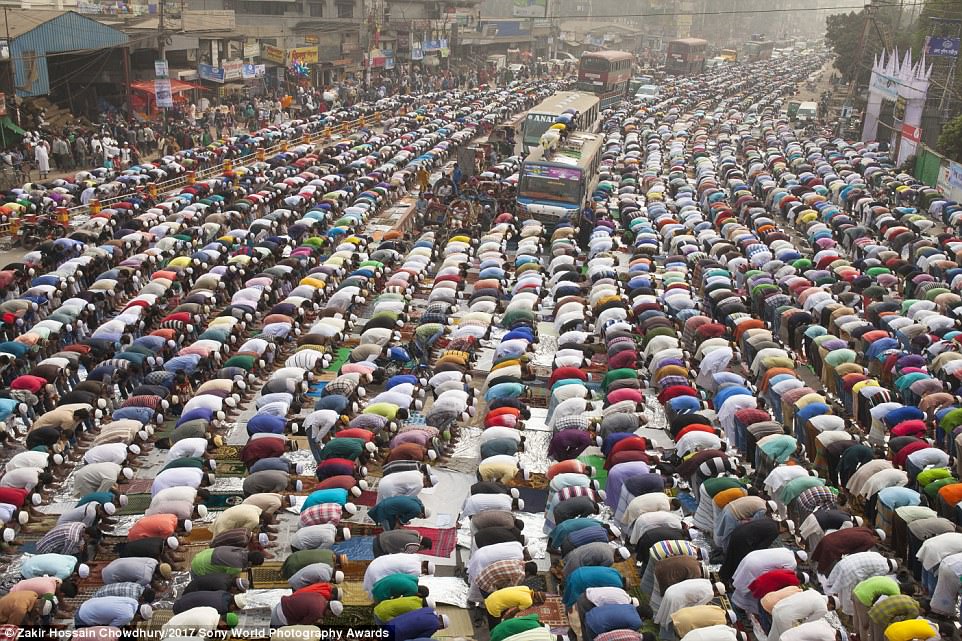 17. The scattered stars of the Milky Way light up the sky above the main highway through the southern Alps in the South Island of New Zealand 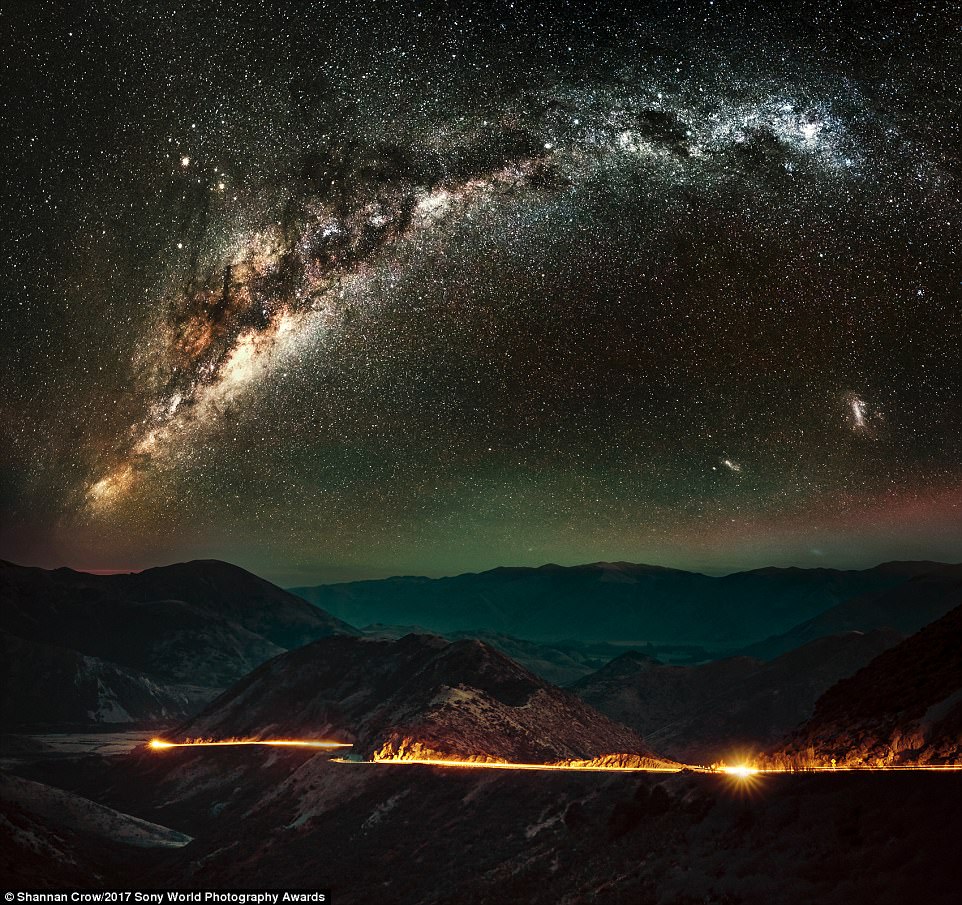 18. Wildebeest kick up clouds of dust as they charge through the African Serengeti during their annual mass-migration 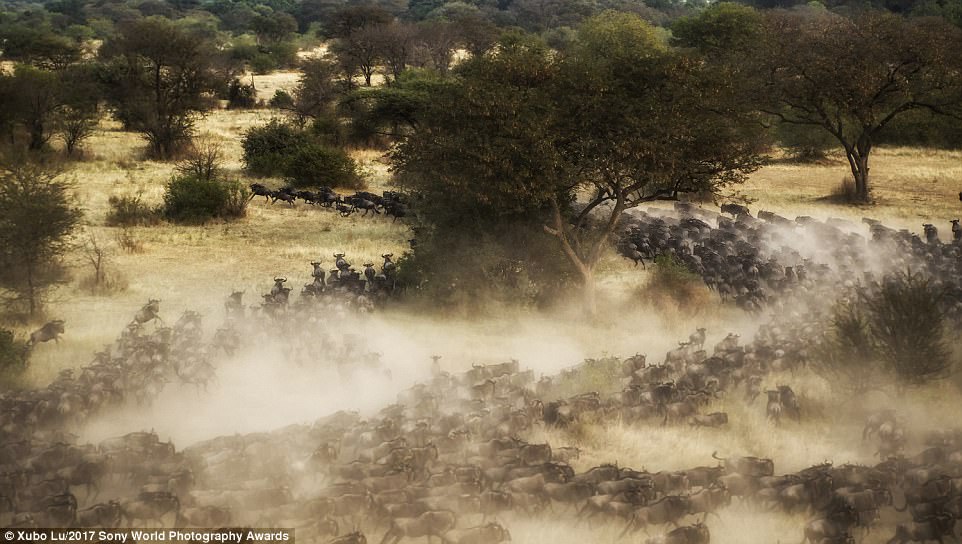 19. Photographer Yong Lin Tan shot this from the balcony of the flat 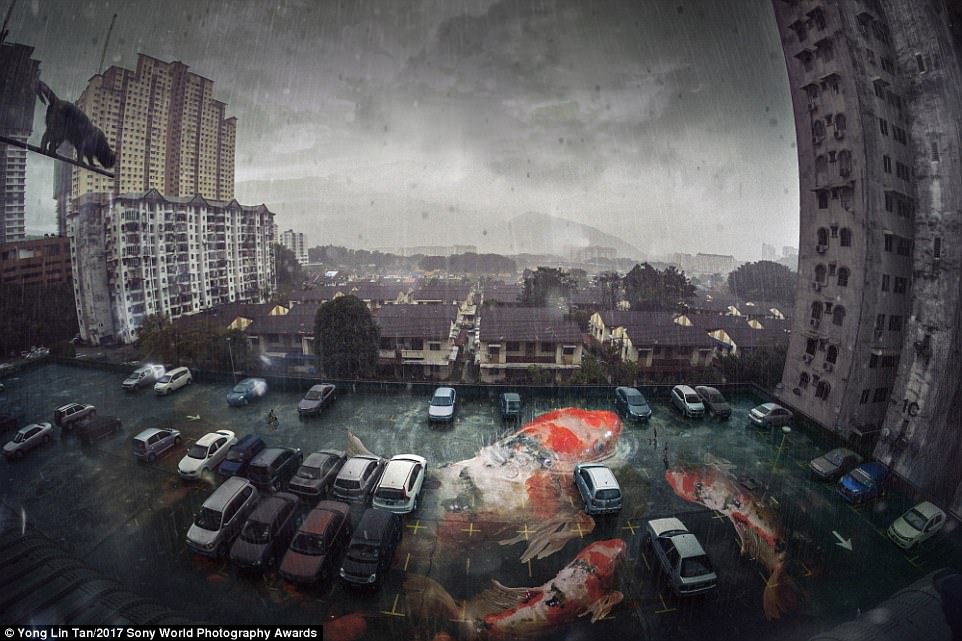