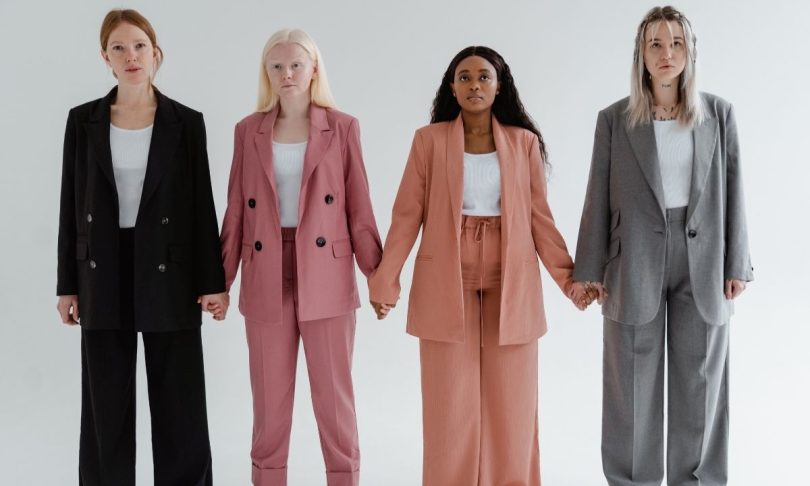 No matter who you are, it takes guts to chase after a dream, stand up against injustice, or stick to your convictions—especially in the face of adversity or different beliefs. Women, especially, deserve to be celebrated for their tenacity as they’ve advocated for themselves or became their own champions during difficult times.

For many females, it is common to have felt limited by others’ expectations or perceptions, or looked over due to gender stereotypes at least once in their lives. However, that does not mean that women have shied away from these challenges. Instead, sometimes even against all odds, ladies have doubled down on their determination and drive in order to accomplish something incredible. For some, this looks like training for a specific sport with the goal of being the best competitor. For others, this looks like fighting for political change to better the lives of strangers. For others still, it’s about finding empowerment by embracing tough seasons and hardships.

These strong women quotes celebrate the remarkable accomplishments of women across all industries. Despite facing gender inequalities, these women have persevered and continue to thrive. These quotes offer inspiration and motivation to keep fighting for what’s right. The quotes come from powerful women who have exhibited resilience, courage and strength in the face of adversity. 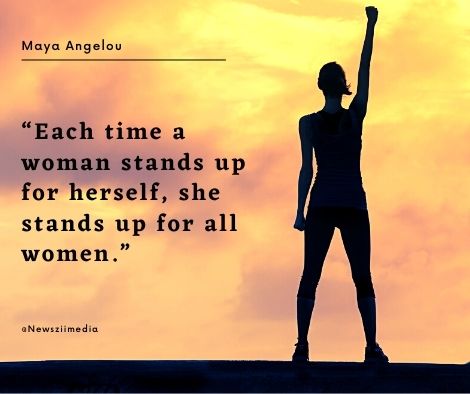 2. “The world needs strong women. Women who will lift and build others, who will love and be loved, women who live bravely, both tender and fierce, women of indomitable will.” – Amy Tenney

3. “Never apologize for being a powerful woman.” – Unknown

4. “A woman is the full circle. Within her is the power to create, nurture and transform.” – Diane Mariechild

5. “A woman with a voice is, by definition, a strong woman. But the search to find that voice can be remarkably difficult.” —Melinda Gates

6. “We need women at all levels, including the top, to change the dynamic, reshape the conversation, to make sure women’s voices are heard and heeded, not overlooked and ignored.” – Sheryl Sandberg

7. “You don’t have to play masculine to be a strong woman.” —Mary Elizabeth Winstead, actor

8. “A strong woman is a woman determined to do something others are determined not be done.” – Marge Piercy

9. “I figure, if a girl wants to be a legend, she should go ahead and be one.” – Calamity Jane

10. “Women are like teabags. We don’t know our true strength until we are in hot water.” —Eleanor Roosevelt, First Lady

12. “I say if I’m beautiful. I say if I’m strong. You will not determine my story—I will.” —Amy Schumer, comedian

13. “And one day she discovered that she was fierce, and strong, and full of fire, and that not even she could hold herself back because her passion burned brighter than her fears.” – Mark Anthony

15. “A strong woman is a woman determined to do something others are determined not be done.” —Marge Piercy, poet

16. “She was a wild one; always stomping on eggshells that everyone else tip-toed on.” – Kaitlin Foster

17. “Think like a queen. A queen is not afraid to fail. Failure is another stepping stone to greatness.” —Oprah, TV host and producer

19. “Women must try to do things as men have tried. When they fail, their failure must be but a challenge to others.” —Amelia Earhart, aviator

20. “One of the most courageous things you can do is identify yourself, know who you are, what you believe in and where you want to go.” – Sheila Murray Bethel

21. “Avoiding danger is no safer in the long run than outright exposure. The fearful are caught as often as the bold.” – Helen Keller

22. “Above all, be the heroine of your life, not the victim.” —Nora Ephron, writer

23. “I have learned over the years that when one’s mind is made up, this diminishes fear; knowing what must be done does away with fear.” – Rosa Parks 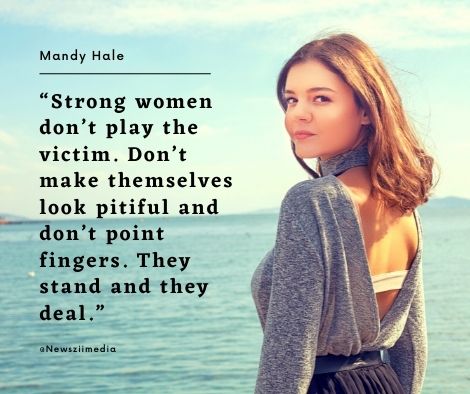 26. “I just love bossy women. I could be around them all day. To me, bossy is not a pejorative term at all. It means somebody’s passionate and engaged and ambitious and doesn’t mind learning.” – Amy Poehler

27. “A woman with a voice is by definition a strong woman. But the search to find that voice can be remarkably difficult.” – Melinda Gates

28. “Once you figure out what respect tastes like, it tastes better than attention.” —P!nk, musical artist

29. “Life is not easy for any of us. But what of that? We must have perseverance and, above all, confidence in ourselves. We must believe we are gifted for something and that this thing must be attained.” – Marie Curie

31. “I believe in being strong when everything seems to be going wrong. I believe that happy girls are the prettiest girls.” —Audrey Hepburn, actor

33. “Once you figure out what respect tastes like, it tastes better than attention.” – Pink

34. “A strong woman understands that the gifts such as logic, decisiveness, and strength are just as feminine as intuition and emotional connection. She values and uses all of her gifts.” – Nancy Rathburn

35. “You have to have confidence in your ability, and then be tough enough to follow through.” – Rosalynn Carter

36. “Be strong enough to stand alone, smart enough to know when you need help, and brave enough to ask for it.” – Ziad K. Abdelnour

37. “Figure out who are you separate from your family, and the man or woman you’re in a relationship with. Find who you are in this world and what you need to feel good alone. I think that’s the most important thing in life. Find a sense of self. With that, you can do anything else.” – Angelina Jolie

38. “The woman who follows the crowd will usually go no further than the crowd. The woman who walks alone is likely to find herself in places no one has ever been before.” – Albert Einstein

39. “Don’t let anyone speak for you, and don’t rely on others to fight for you.” – Michelle Obama

41. “Whatever women do they must do twice as well as men to be thought half as good. Luckily, this is not difficult.” —Charlotte Whitton, mayor

42. “In the future, there will be no female leaders. There will just be leaders.” —Sheryl Sandberg, business executive

43. “There’s something special about a woman who dominates in a man’s world. It takes a certain grace, strength, intelligence, fearlessness, and the nerve to never take no for an answer.” —Rihanna, musical artist

45. “My mother told me to be a lady. And for her, that meant be your own person, be independent.” —Ruth Bader Ginsburg, Supreme Court Justice

47. “I am not free while any woman is unfree, even when her shackles are very different from my own.” —Audre Lorde, writer

48. “A woman is the full circle. Within her is the power to create, nurture and transform.” —Diane Mariechild, writer

49. “A really strong woman accepts the war she went through and is ennobled by her scars.” —Carly Simon, musical artist

50. “There is no limit to what we, as women, can accomplish.” —Michelle Obama, Former First Lady 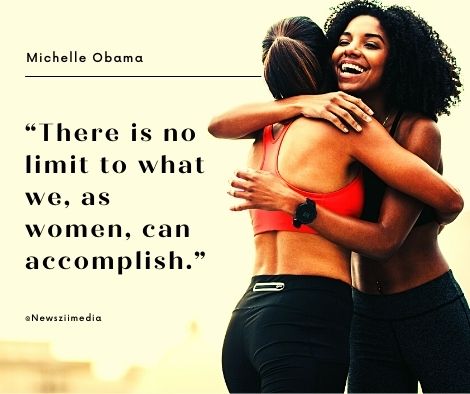