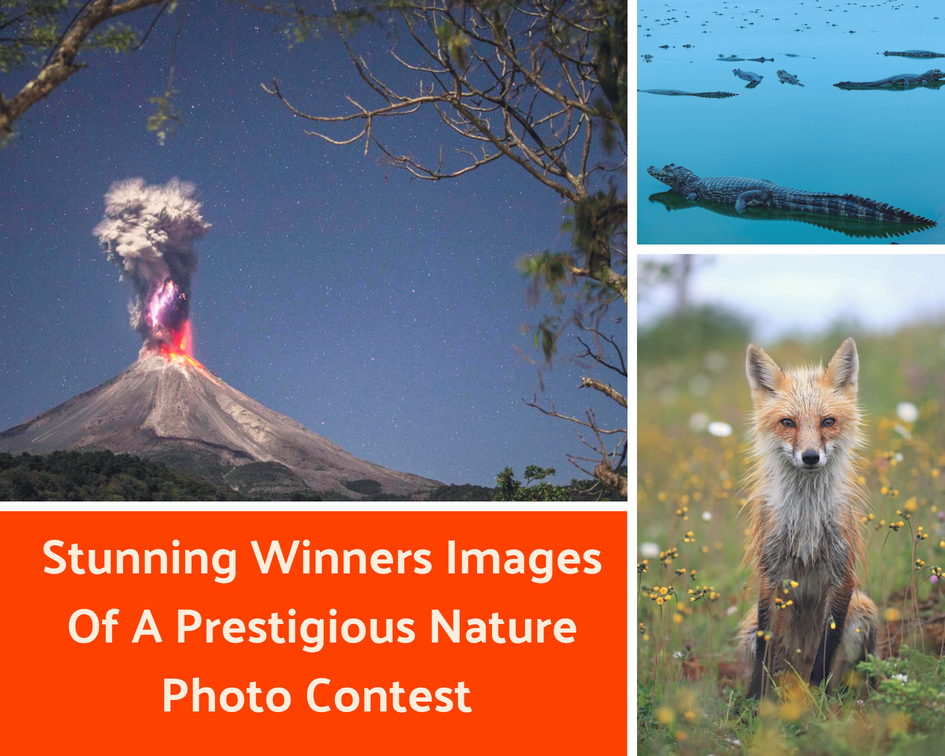 A stunning shot of an enormous piercing blue chunk of ice in Iceland and an image of flames erupting from a volcano in Mexico are among the winning images of a prestigious photography contest run by The Nature Conservancy.

The image of the iceberg, by Andre Mercier of Los Angeles, came in second place, while a candid portrait of a young girl holding a bullfrog by Terra Fondriest from Arkansas was awarded third place.

This year The Nature Conservancy said its photo contest received a record number of entries, with 57,489 shots sent in from applicants dotted across 135 countries. 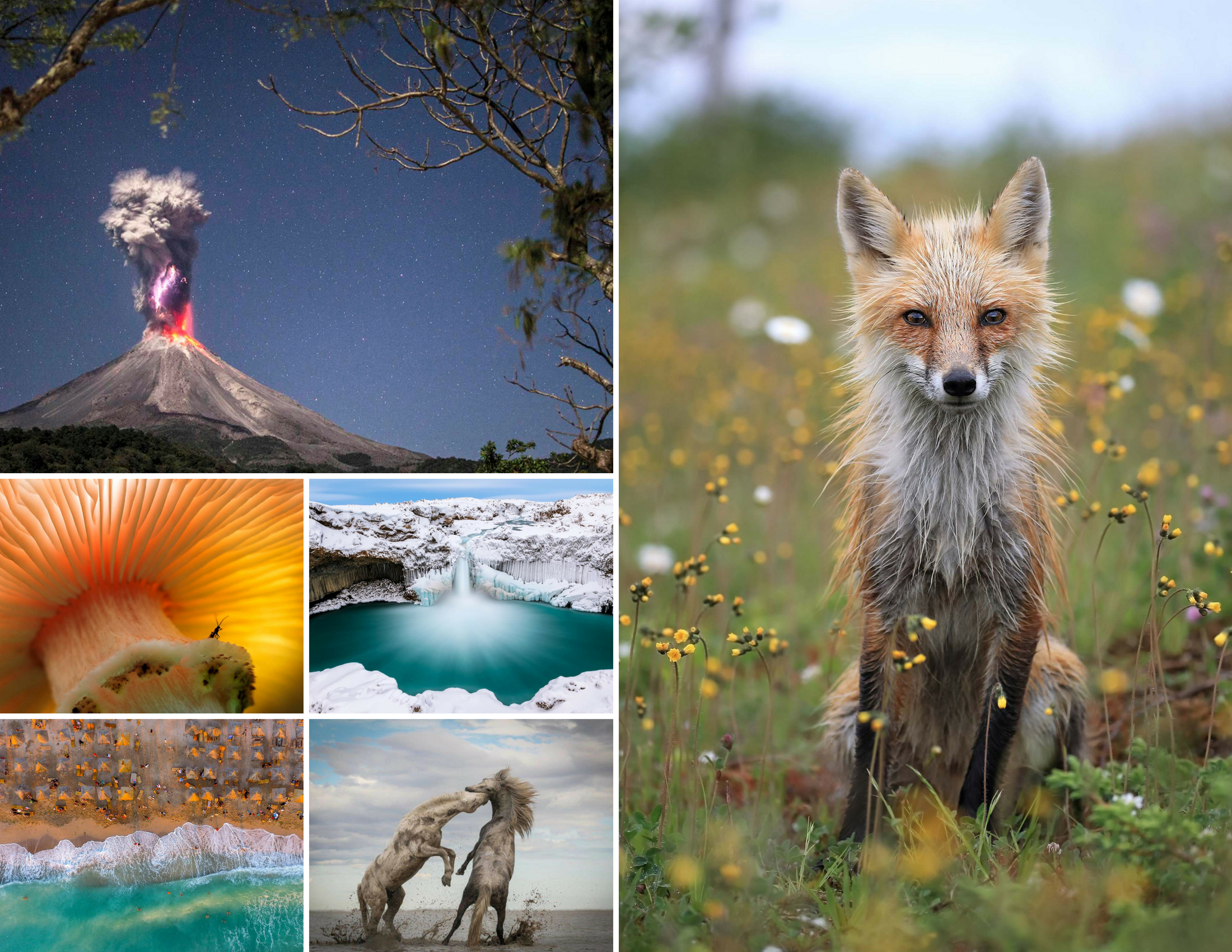 Commenting on the results, Bill Marr, director of photography for The Nature Conservancy and one of the contest’s judges, said:

The quality of entries this year is stunning. It was very difficult to select the winner. We have wonderful entries from all over the world, from beautiful Western landscapes to squirrels in a backyard in Austria. Photography is a common language for all.

Here we present the jaw-dropping winners of each category.

1. The Nature Conservancy, a non-profit headquartered in Virginia, has announced the winners of its annual photo contest. This image, showing a broken bit of glacier in the icy waters of Iceland by Andre Mercier of Los Angeles, came in second place 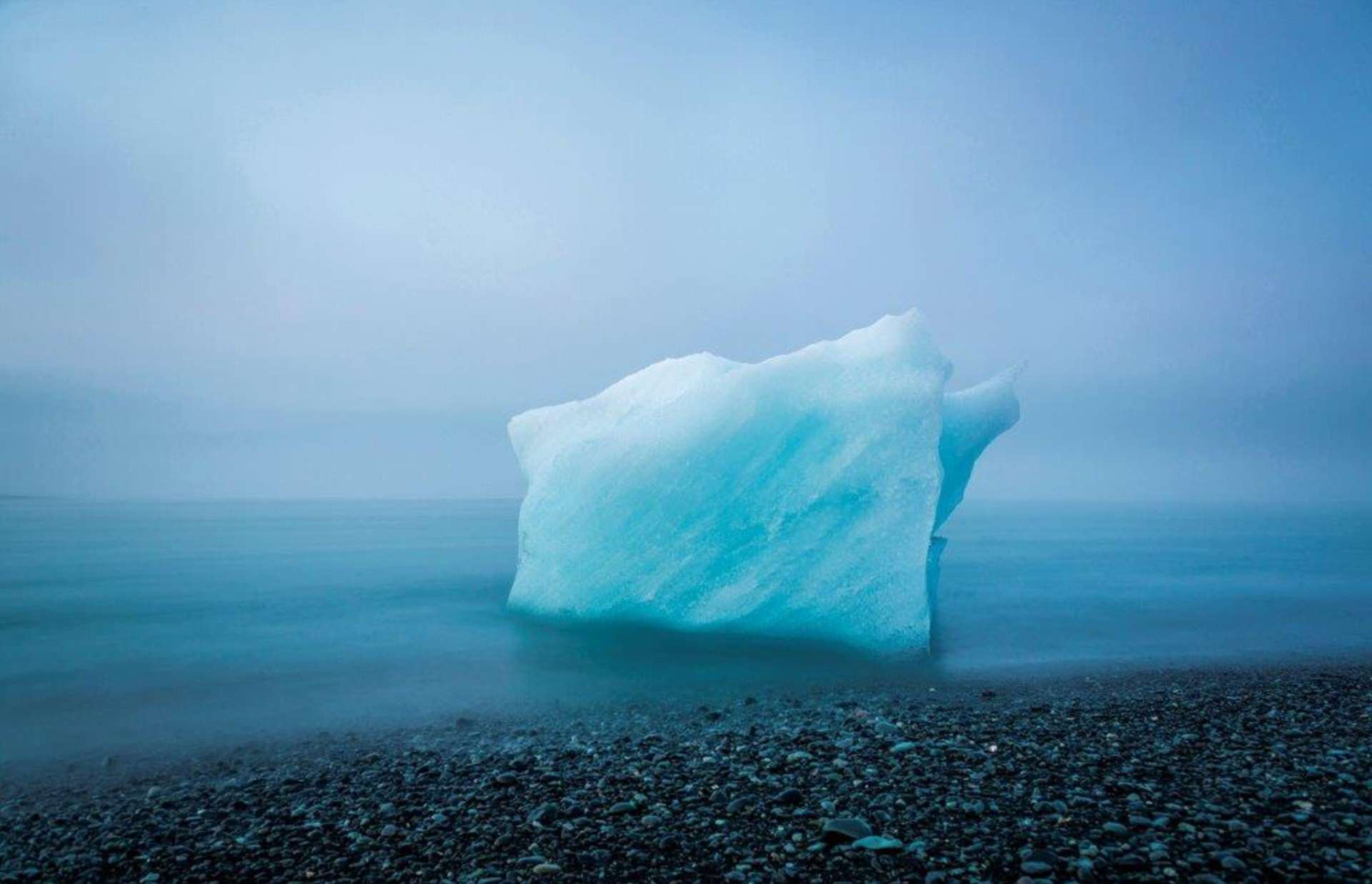 2. Selected from more than 50,000 entries, a photo of two wild horses play fighting in Camargue, France taken by Camille Briottet of Lyon won the grand prize 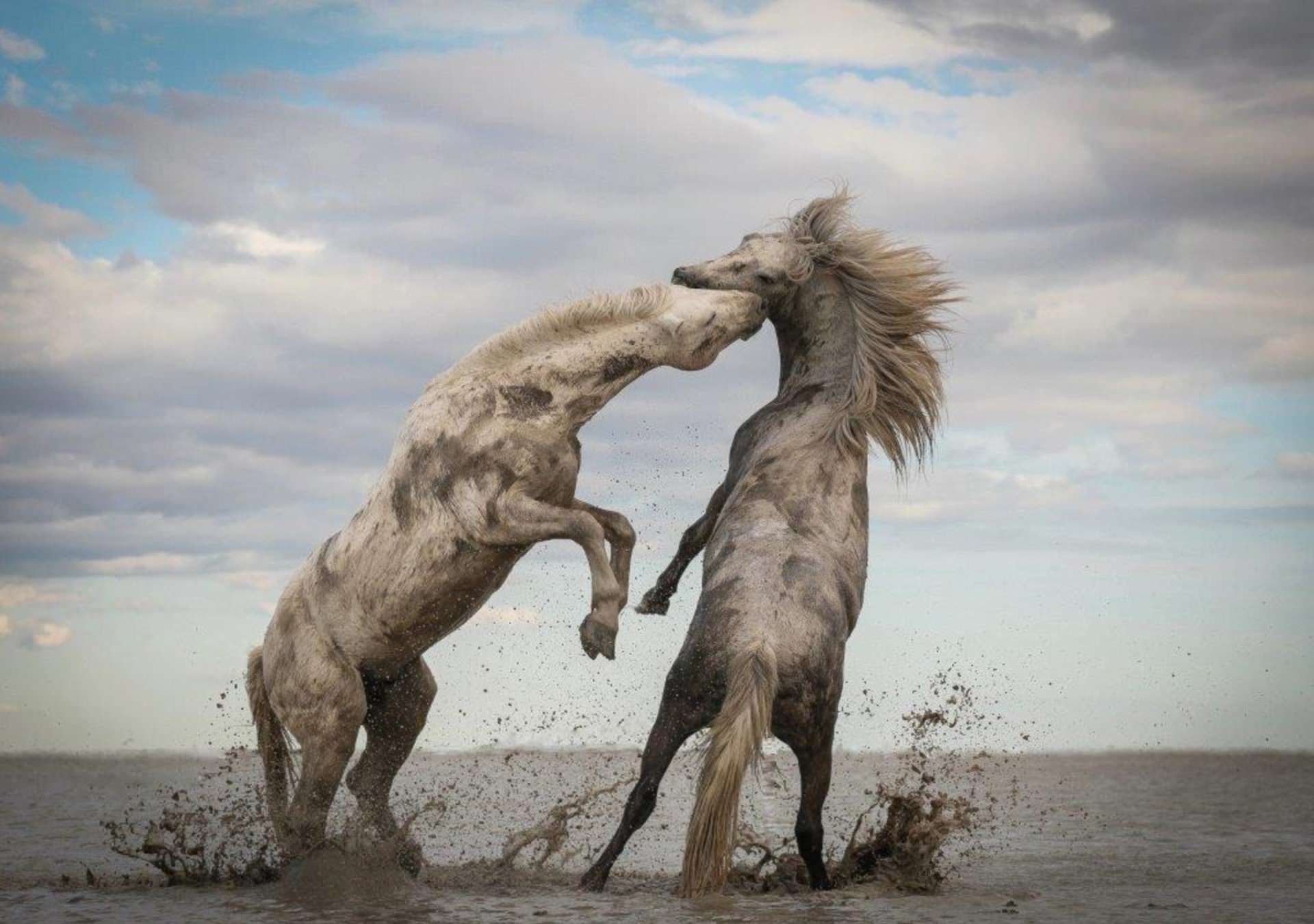 3. Florian Ledoux from France took this striking image of a polar bear navigating pack ice off Baffin Island in the high Arctic last August using a drone. He said he spotted at least three bears on the same piece of ice. The image was one of the winners in the ‘wildlife’ category 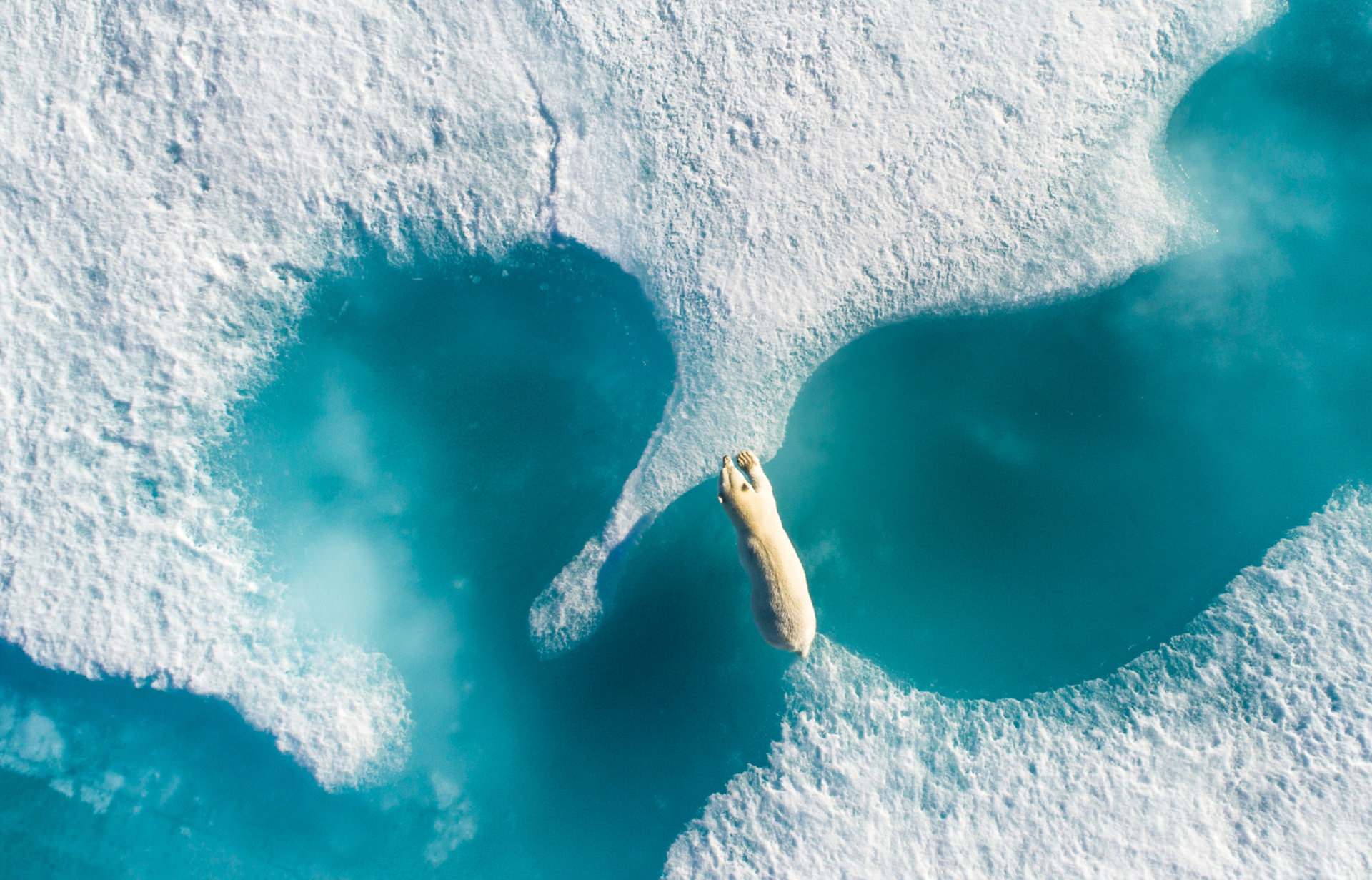 4. George Bufan from Romania captured this glowing aerial shot during sunrise at Vama Veche on the Black Sea coast 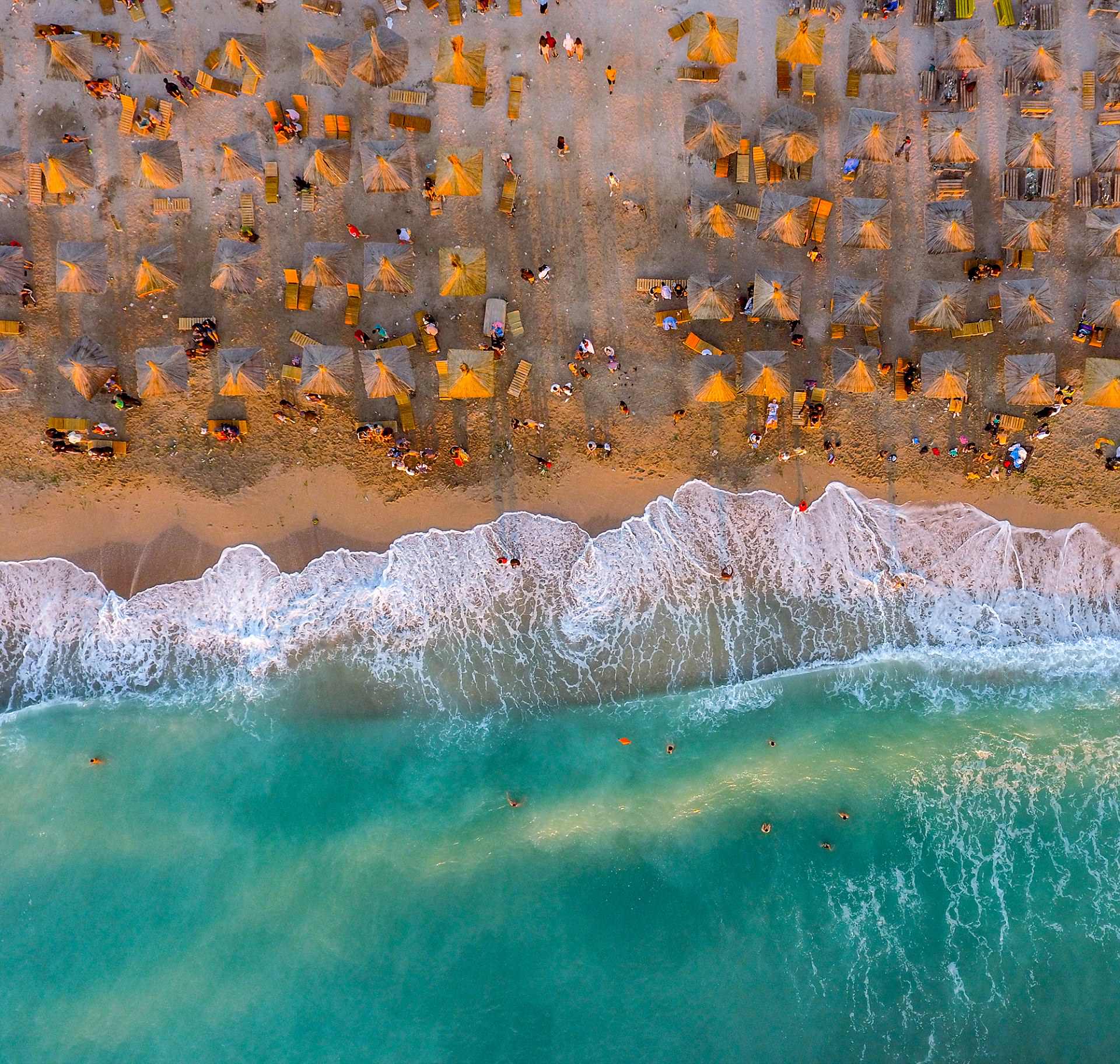 5. Jeremy Stevens from Pennsylvania in the U.S. captured this breathtaking image of the Aldeyjarfoss waterfall in Iceland this January. He says ‘the places that are hardest to get to are often the best and most peaceful’. The image was one of the winners in the ‘water’ category 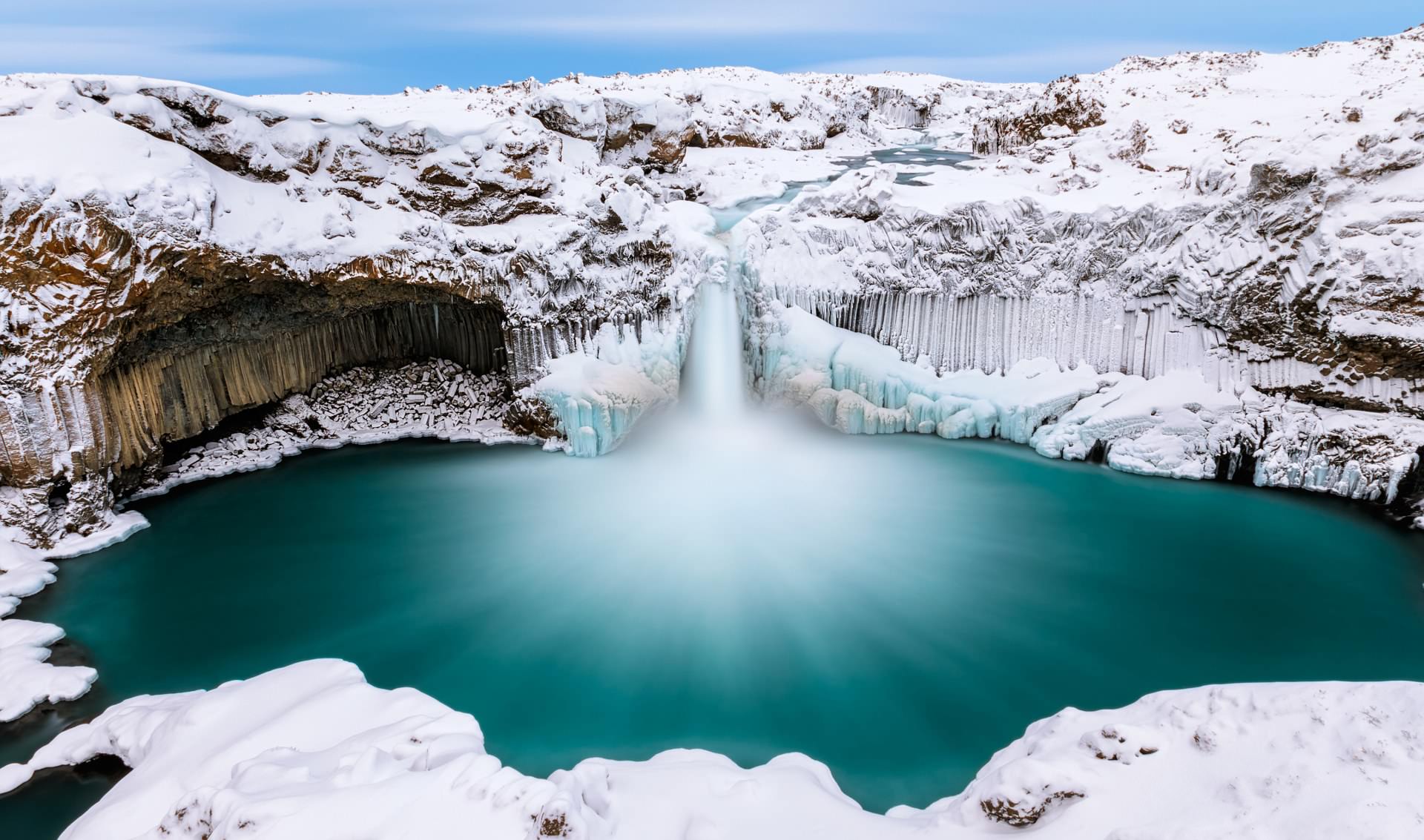 6. Roberto Moccini Formiga from Rio de Janeiro, Brazil, captured this magnificent shot of a large great white shark hunting in the waters off Guadalupe Island in Mexico. The image came first in the wildlife category 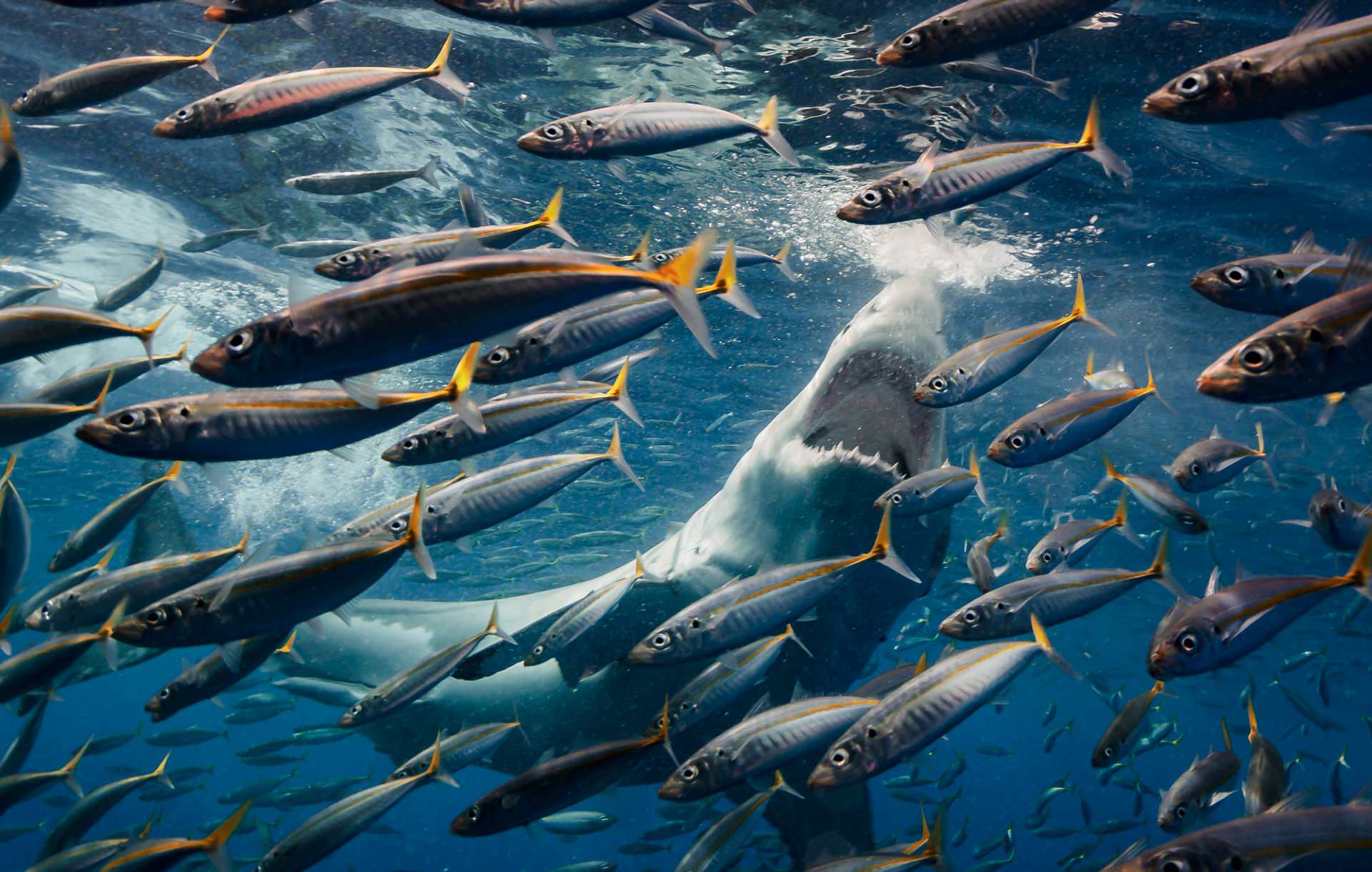 7. Hernando Alonso Rivera Cervantes from Mexico took this electrifying image of Volcán de Colima, which as of 2015 is one of the most active volcanos in Mexico. It was one of the winners in the ‘landscape’ category 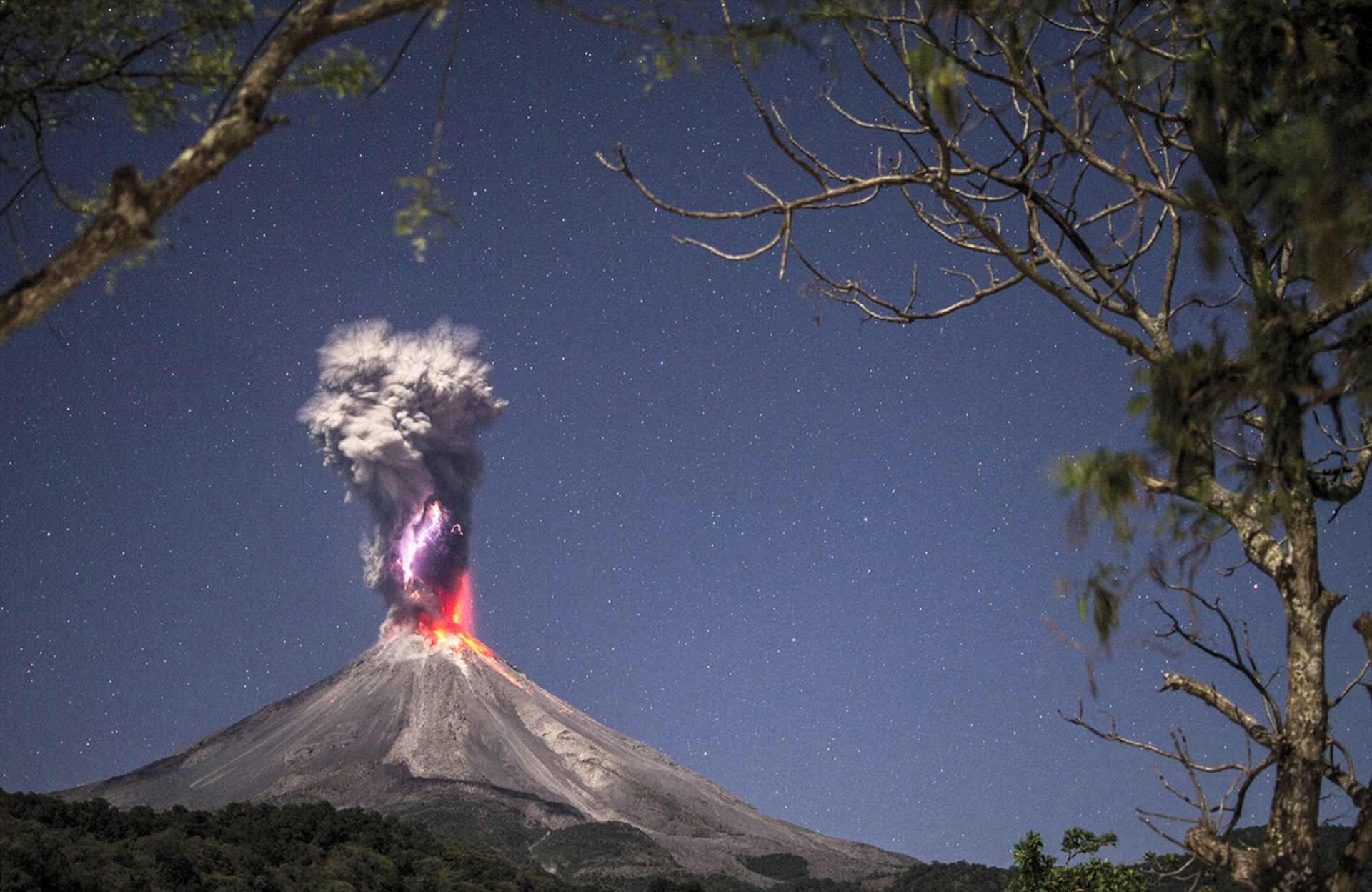 8. ‘The eeriness of exploring this ghost town in United Arab Emirates went away after an hour or so of exploring. But, I still felt uneasy about entering some of these homes. It felt like I was trespassing, so I tried being oddly respectful. The Arabian Desert obviously didn’t feel the same way, reminding me that nature will always reclaim what we abandon.’ Yang’s image was one of the winners in the ‘cities and nature’ category 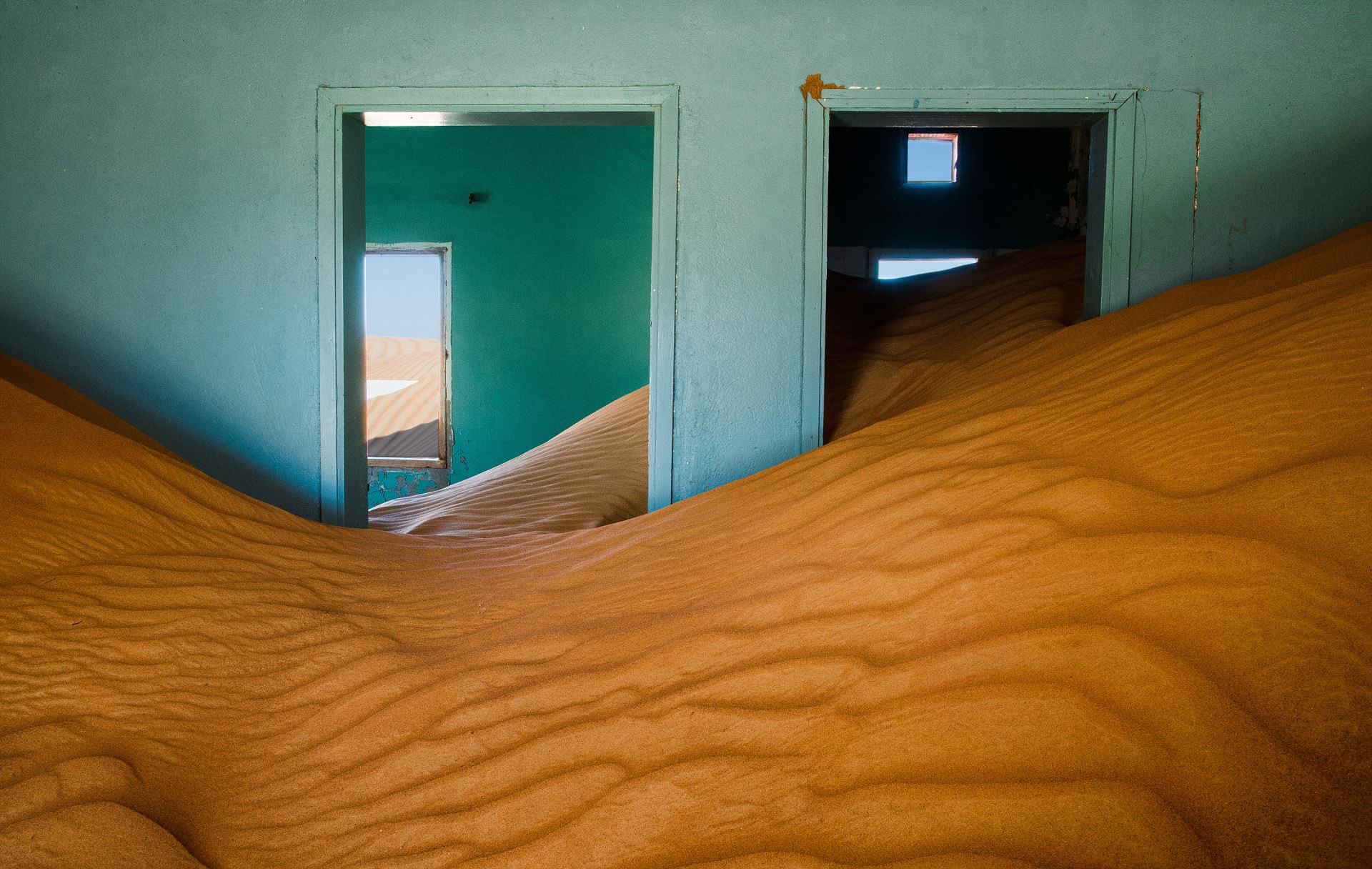 9. Aline Fortuna from Brazil took this peaceful photo from the shores of the dead sea in Israel. It was one of the winners in the ‘landscape’ category. Expressing her feelings, Fortuna said: ‘One of the most unique experiences of the world in the lowest point on earth. We belong to nature and not the reverse. Without the nature we do not live, but without us it lives’ 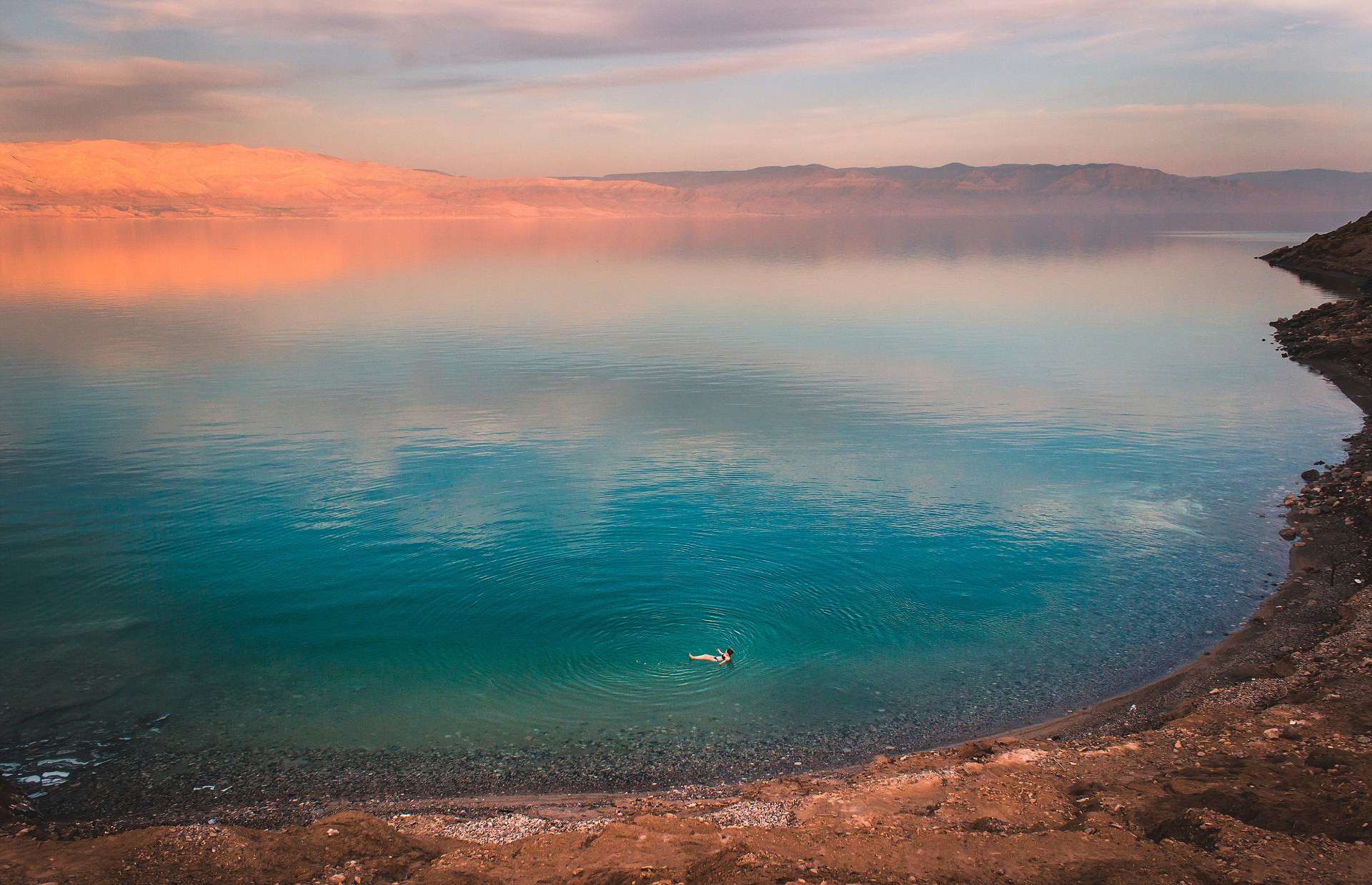 10. In the ‘judges’ special recognition’ category Duncan McNaught was announced as one of the winners with this shot of a tiny fungi gnat sheltering inside the canopy of a toadstool 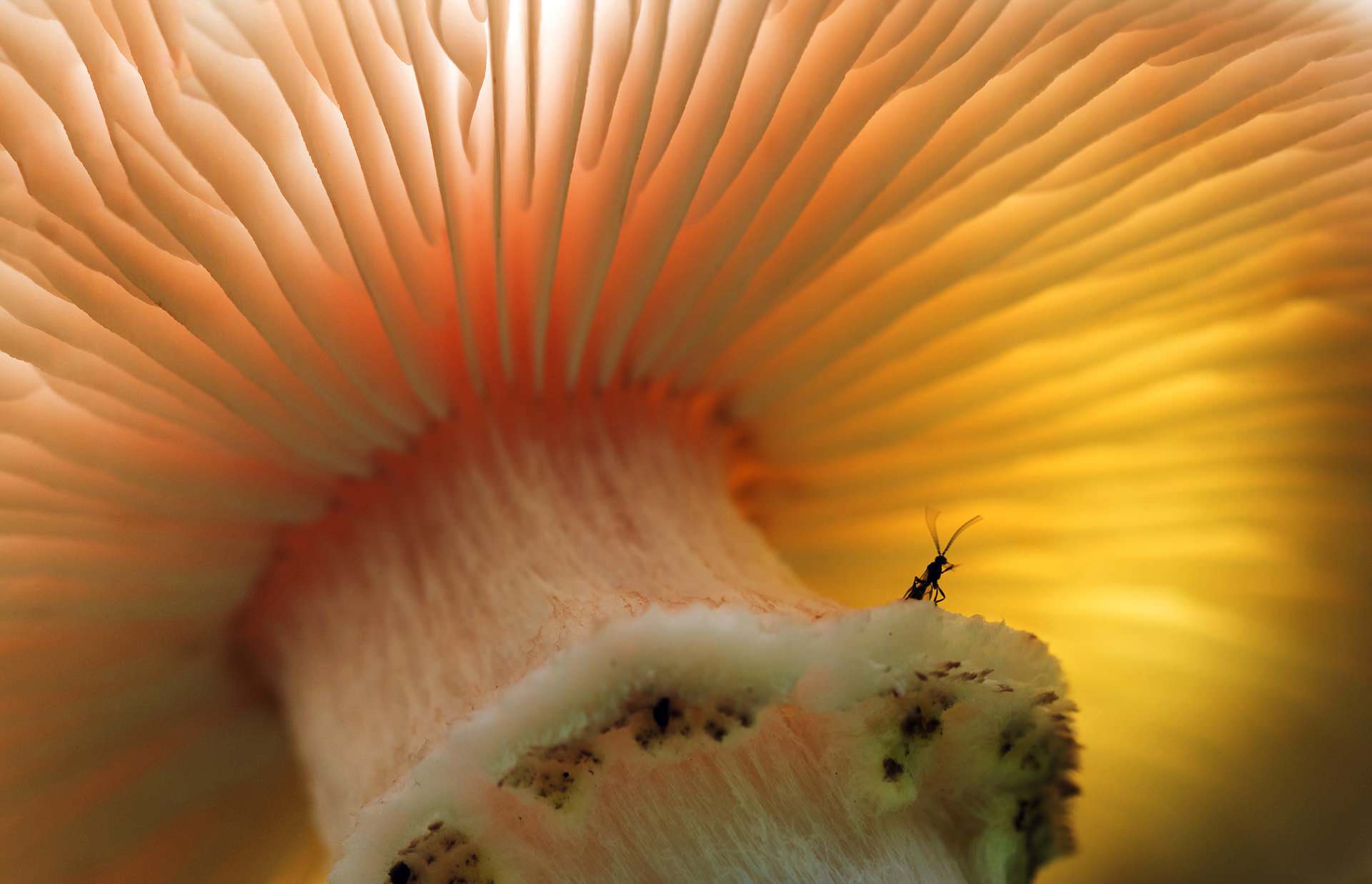 11. Photographer Harry Randell said of this scenic image taken in December 2016: ‘Victoria Falls is the seventh wonder of the world. Carved into the border between Zimbabwe and Zambia, what better place for two nationalities to meet, and be awed by the never ending thunder of the water 100 meters below’. The photo was one of the winners in the ‘people and nature’ category 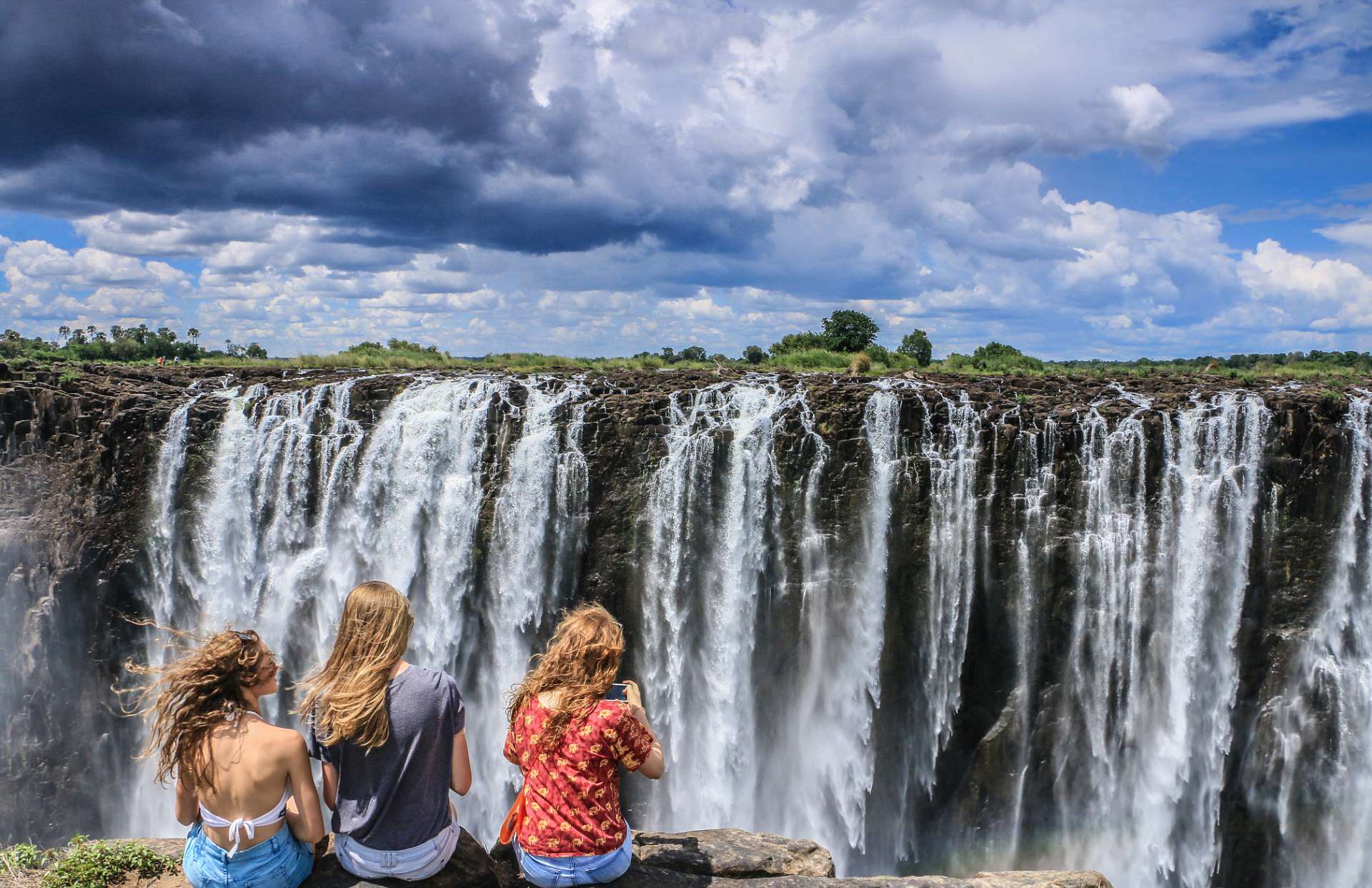 12. This photo by Jorge André Diehl from Brazil shows hundreds of alligators lurking in the still waters somewhere in the Poconé region. It was a winner in the ‘water’ category 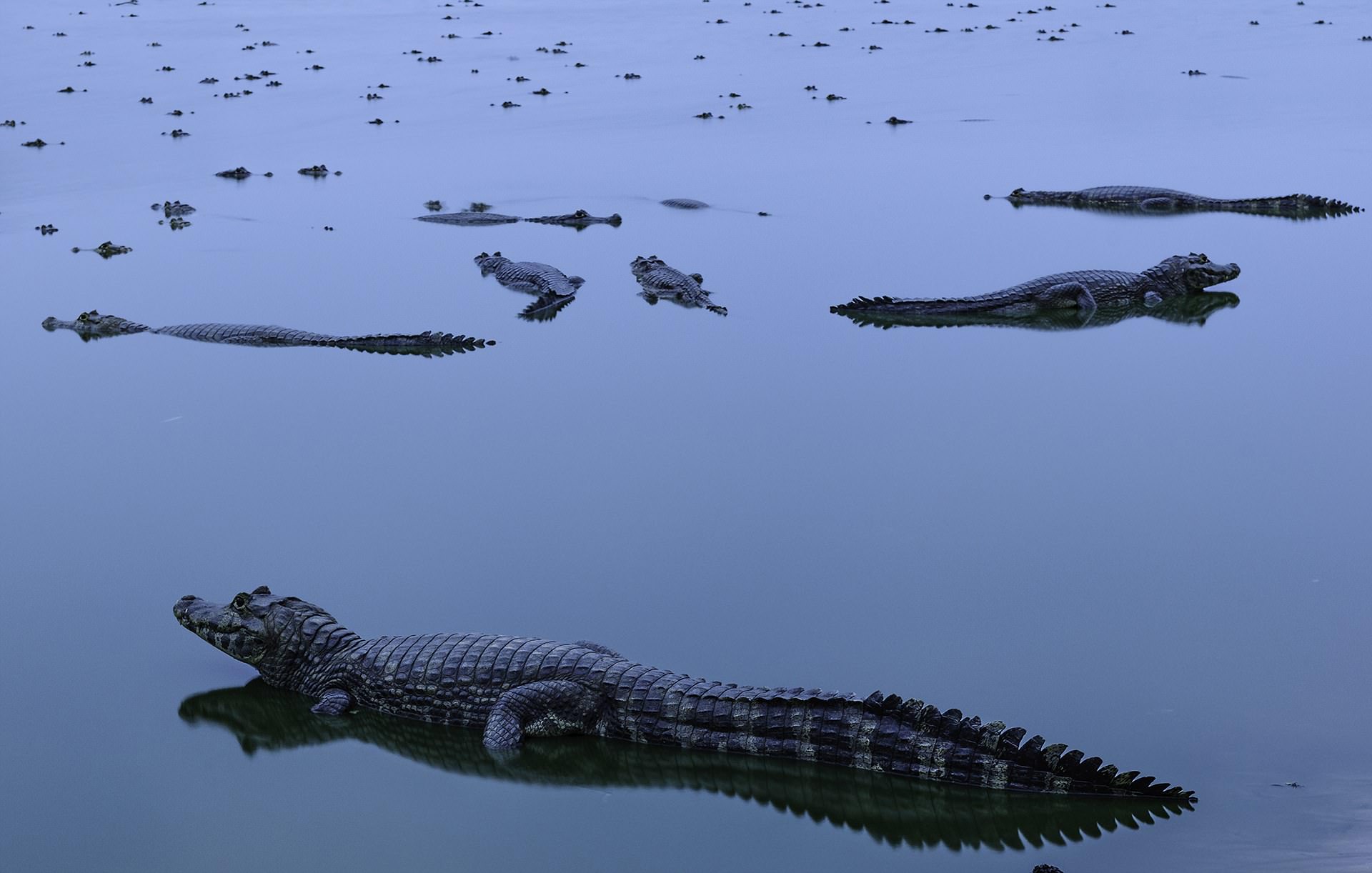 13. Tanner Latham from Montana took this image in one of the incredibly narrow slot canyons in Escalante National Monument while she was on a week-long expedition through the deserts of southern Utah. It was one of the winners in the ‘people and nature’ category 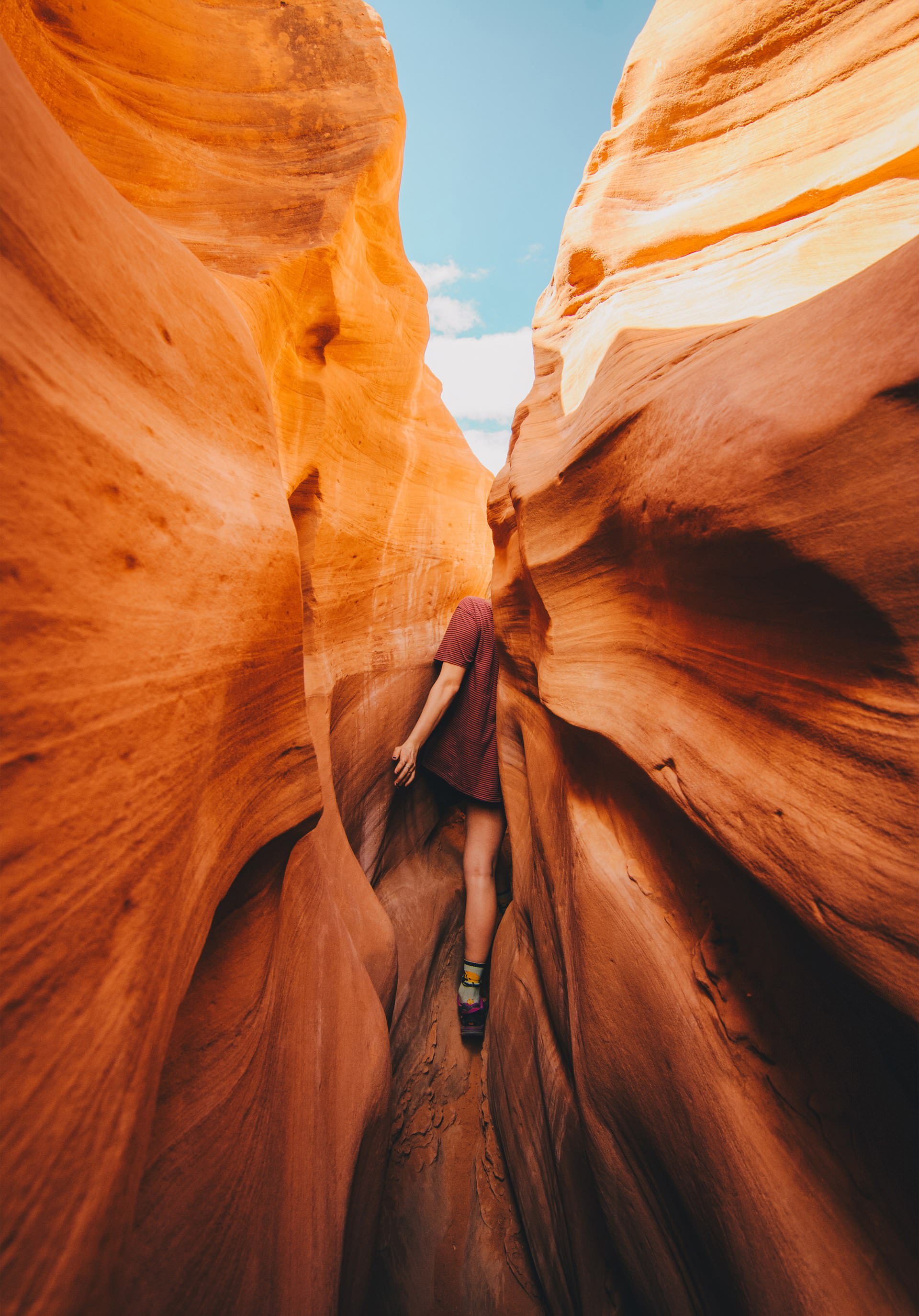 14. Kwok Kui Andus Tse from Hong Kong took this image of Lion Rock mountain at night with apartment high rises glowing from the foothills. The image was one of the winners in the ‘cities and nature’ category 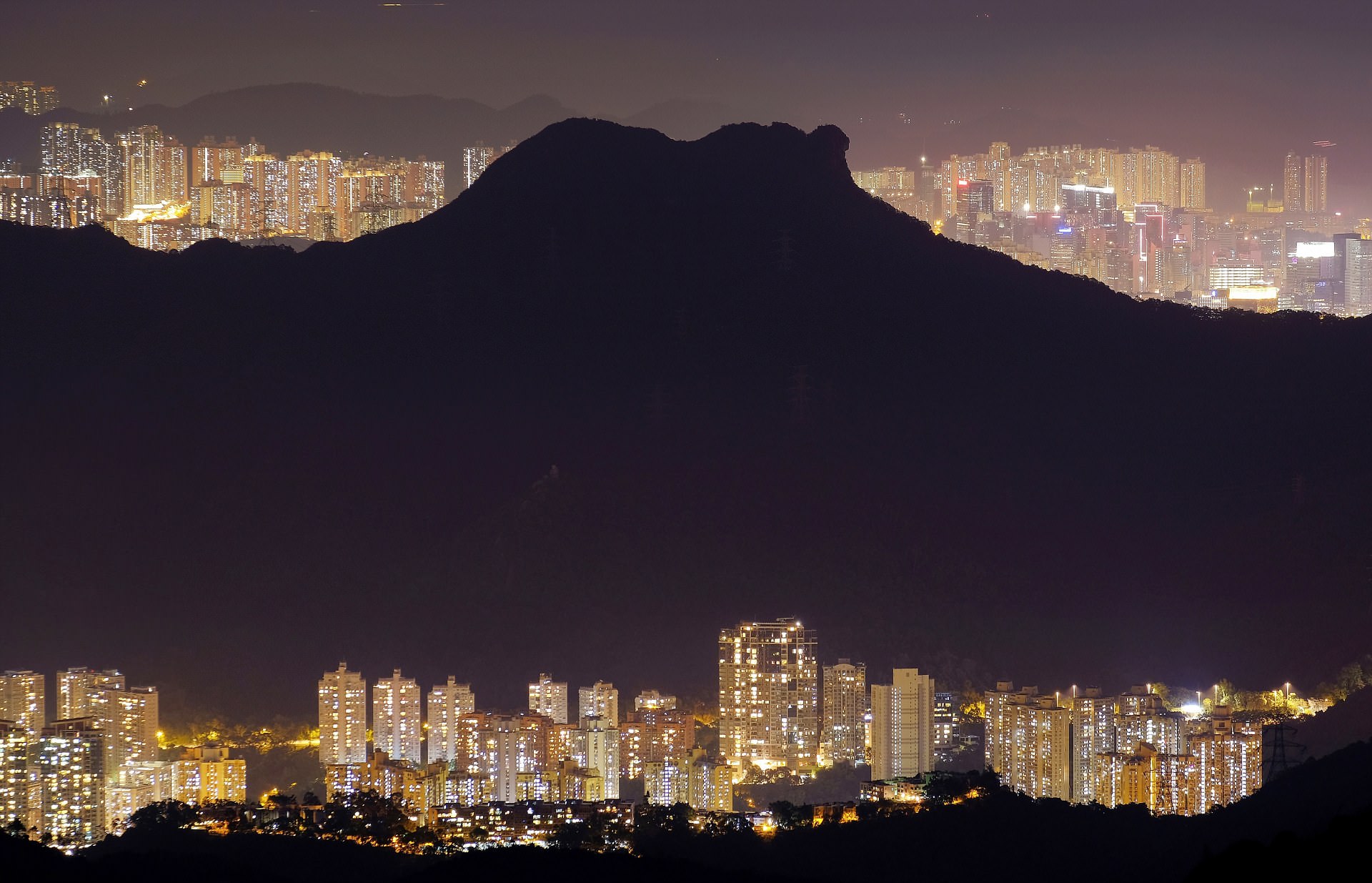 15. Terra Fondriest from Arkansas, who came third place with this image, said: ‘Down at the mud puddles on our road, we found several young bullfrogs hopping around. Up on our hilltop, wet spots are few and far between, so our mud puddles are home to a constant flow of tadpoles, frogs and toads. My daughter loves all critters. Her goal is to create a wildlife rehab center someday. She constantly inspires me with her care towards every living thing’ 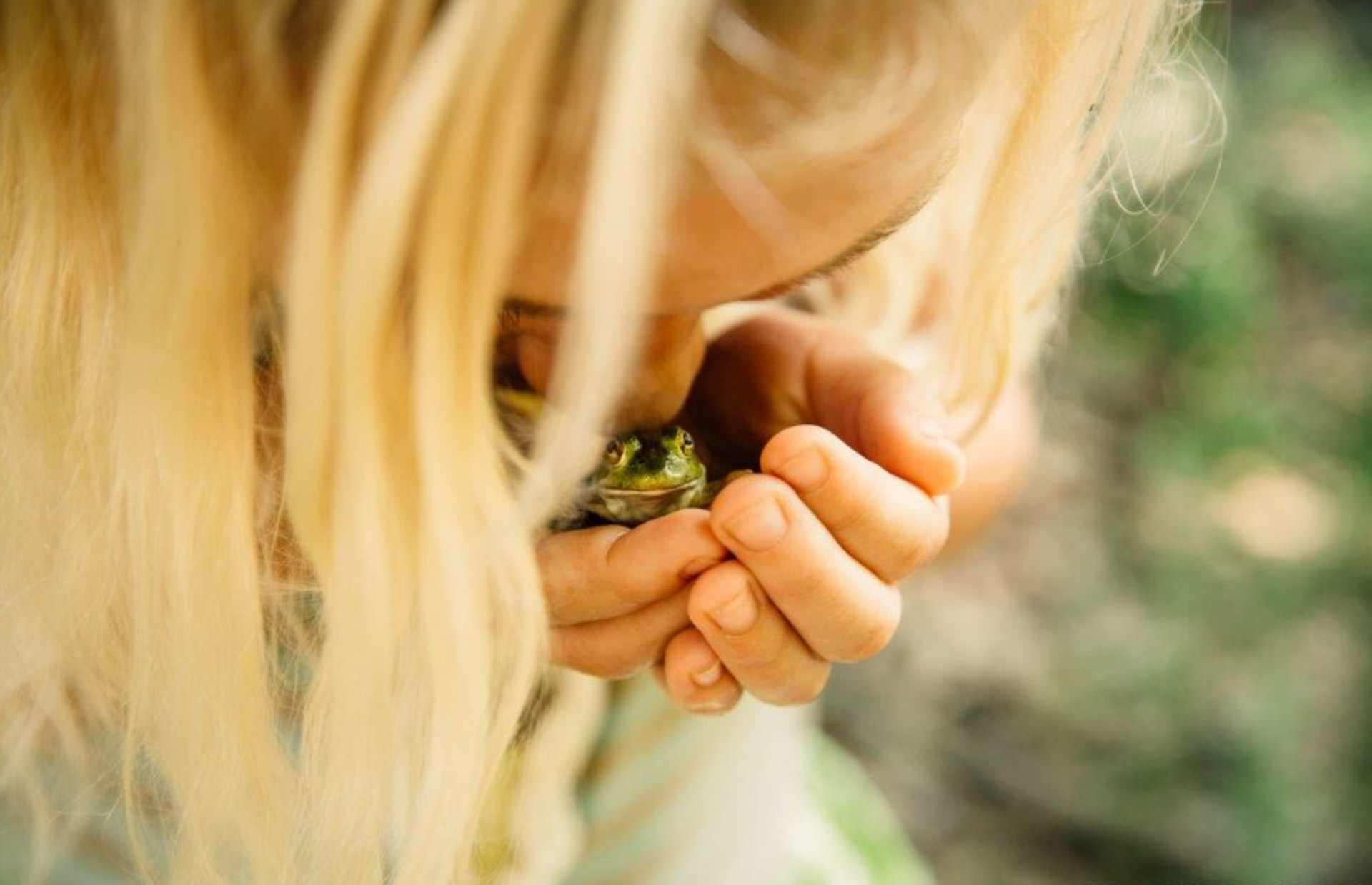 16. Australian photographer Aristo Risi said of this shot, which was one of the winners in the ‘water’ category: ‘A plastic bag in its natural habitat, the ocean. Shot in Shellharbour in 2017. Plastic was once worshiped, now it destroys everything we love. Nature connects us all, we have a duty to protect her’ 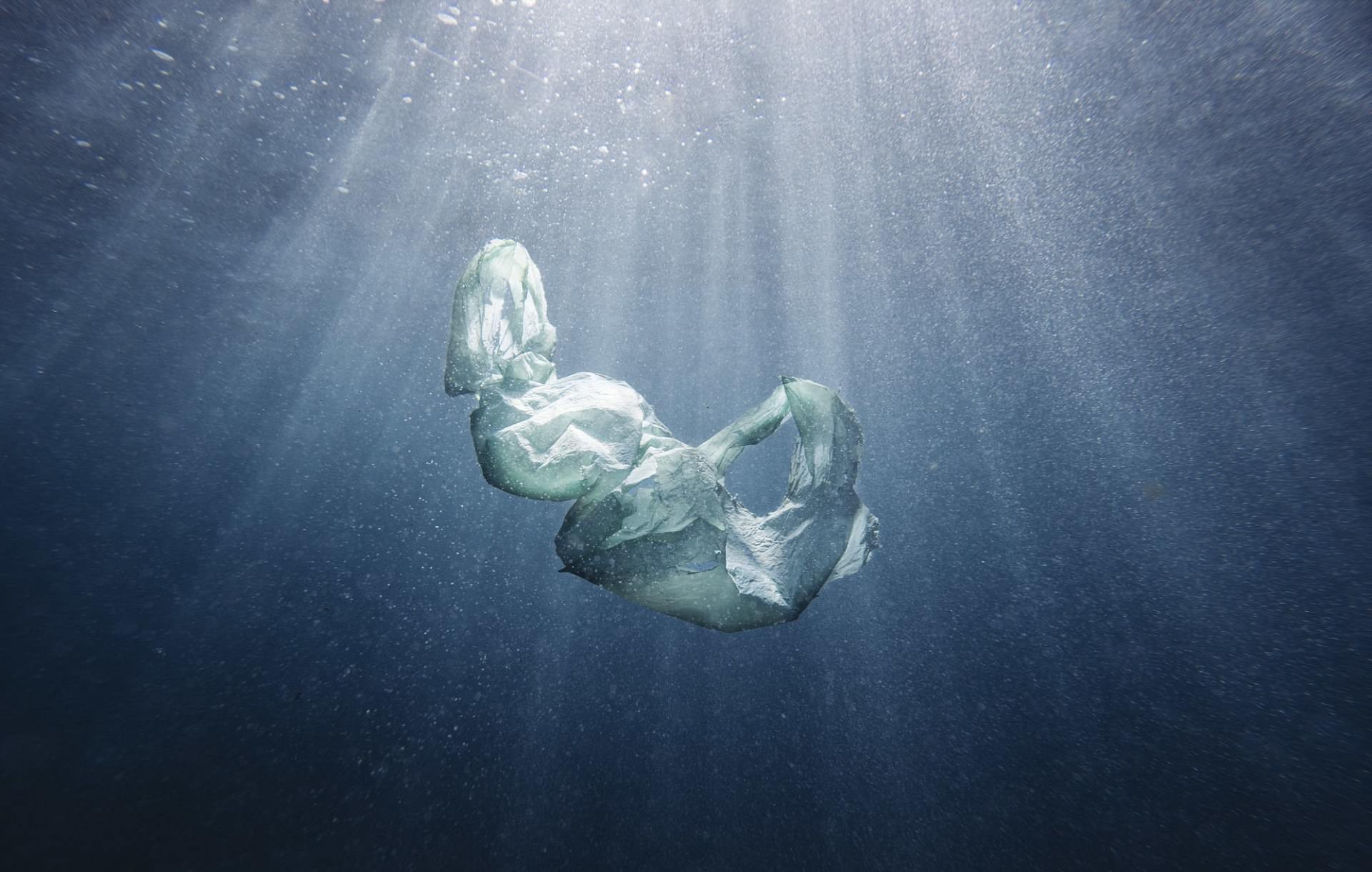 17. Megan Lorenz from Ontario, Canada, captured this image of a red fox while she was travelling in Newfoundland last July. It won the People’s Choice Award in the wildlife category 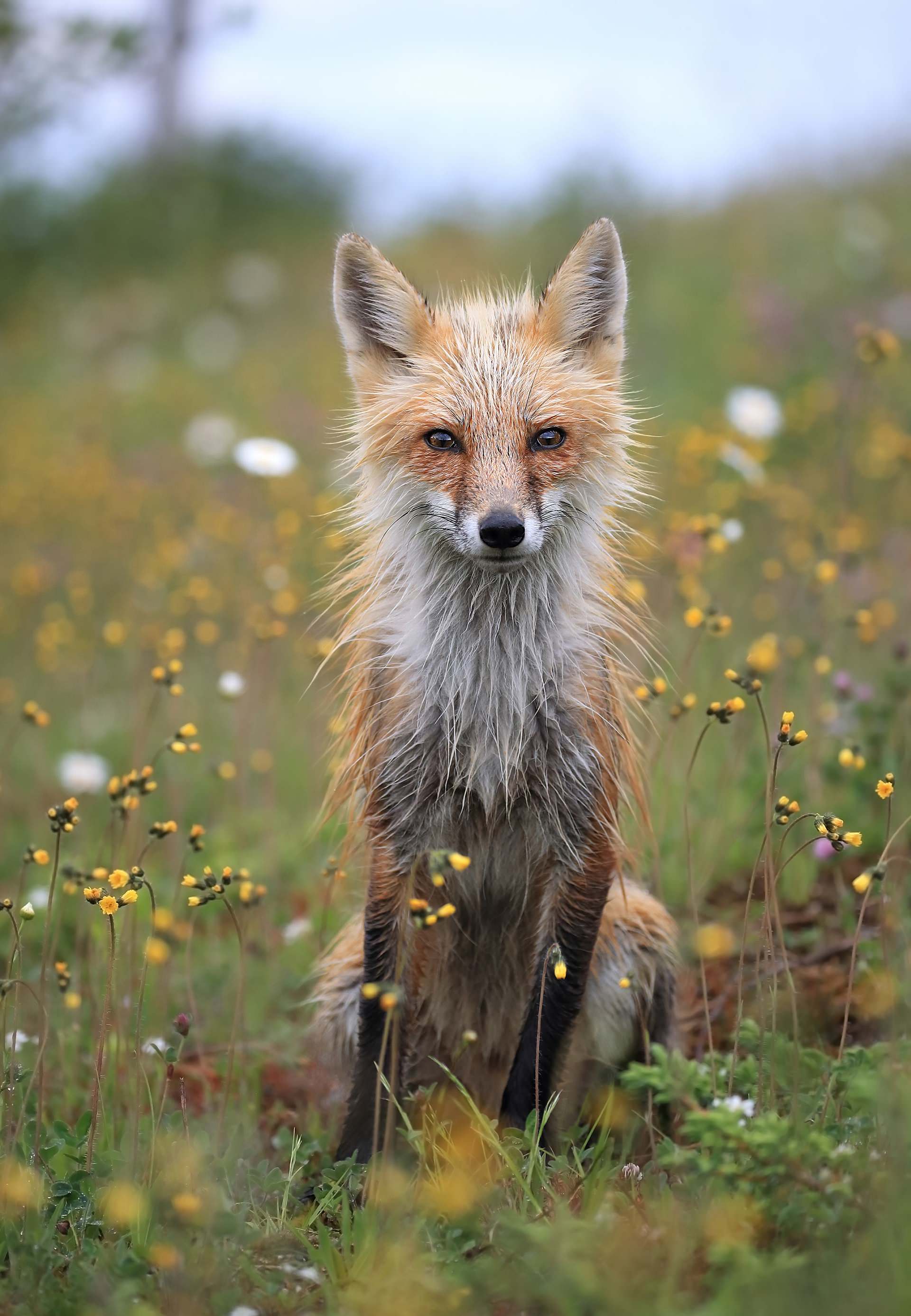 18. Yonca Ables from Florida captured this autumnal shot of the World Trade Center in New York last November. The image was one of the winners in the ‘cities and nature’ category 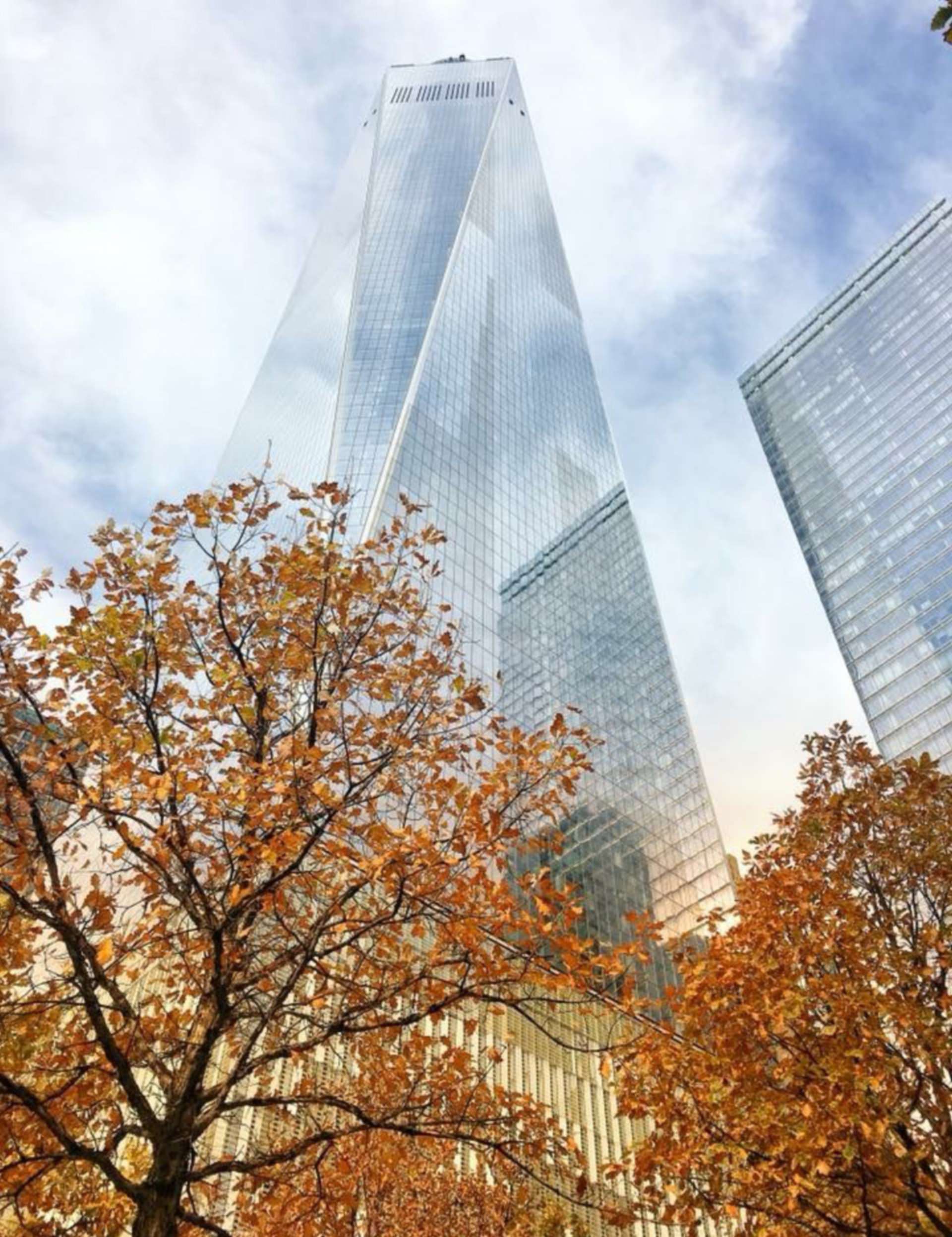 19. This striking image titled ‘Nature is a generous mother’ was taken by Ruben Dario Mejia from Colombia and it was one of the winners of the ‘judges’ special recognition’ category 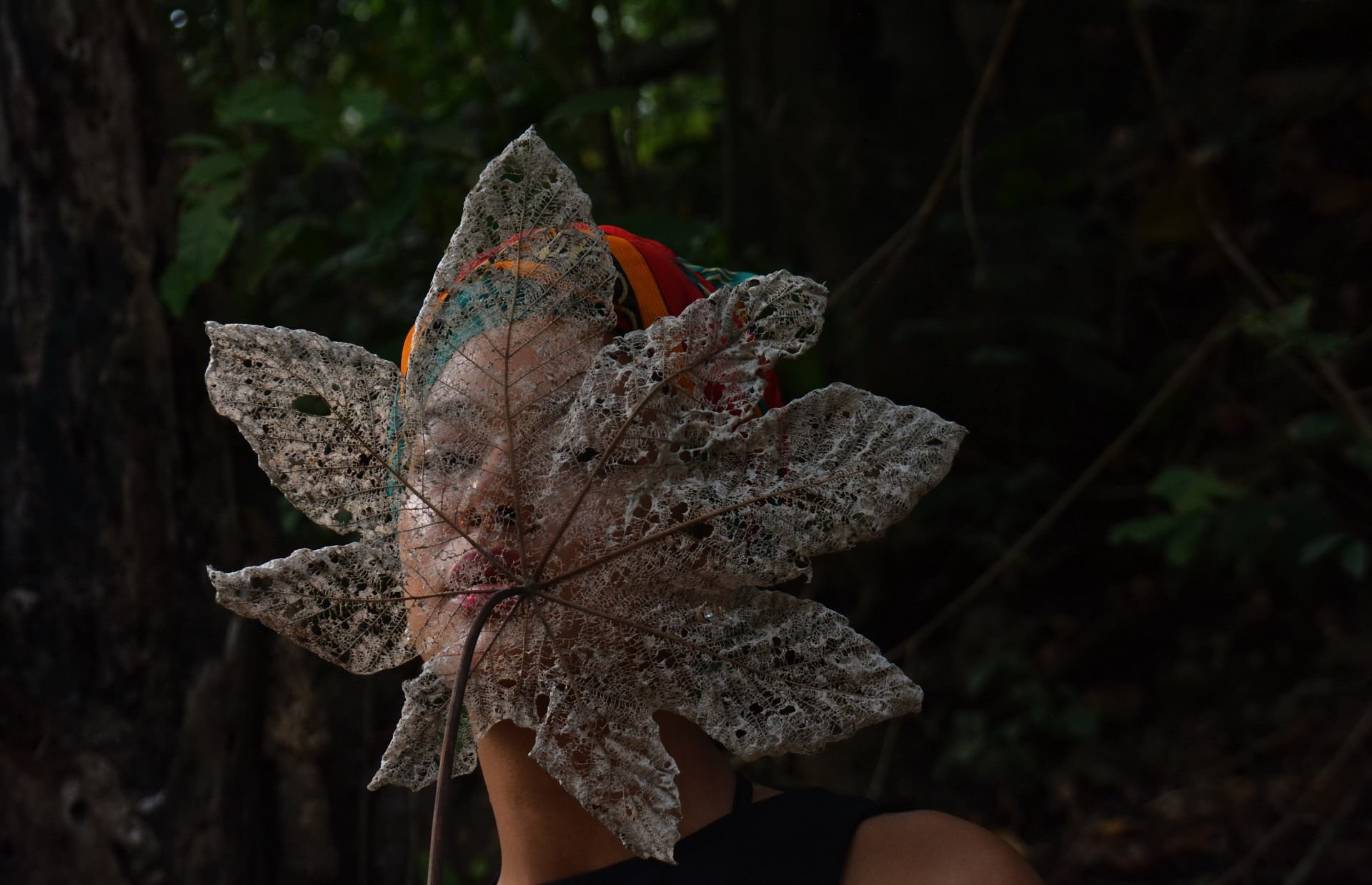 20. This shot of a lava explosion in Hawaii taken by Elyse Butler was one of the winners in the ‘judges’ special recognition’ category 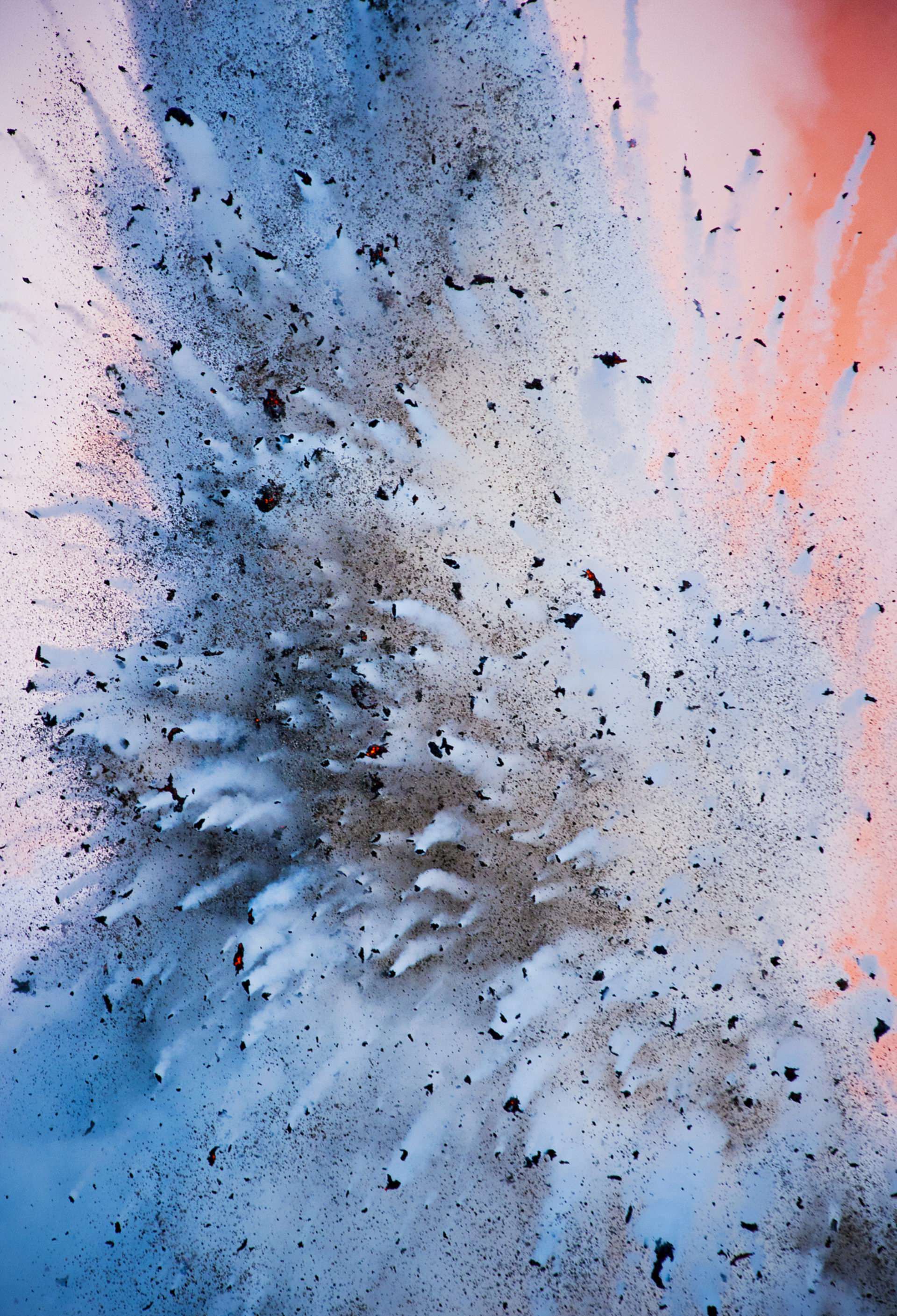 21. Paul Zizka from Canada said he was driving through Sossusvlei in Namibia when this ‘most simple composition’ caught his eye. He added: ‘I couldn’t resist and stopped the group to get this shot’. The image was one of the winners in the ‘landscape’ category 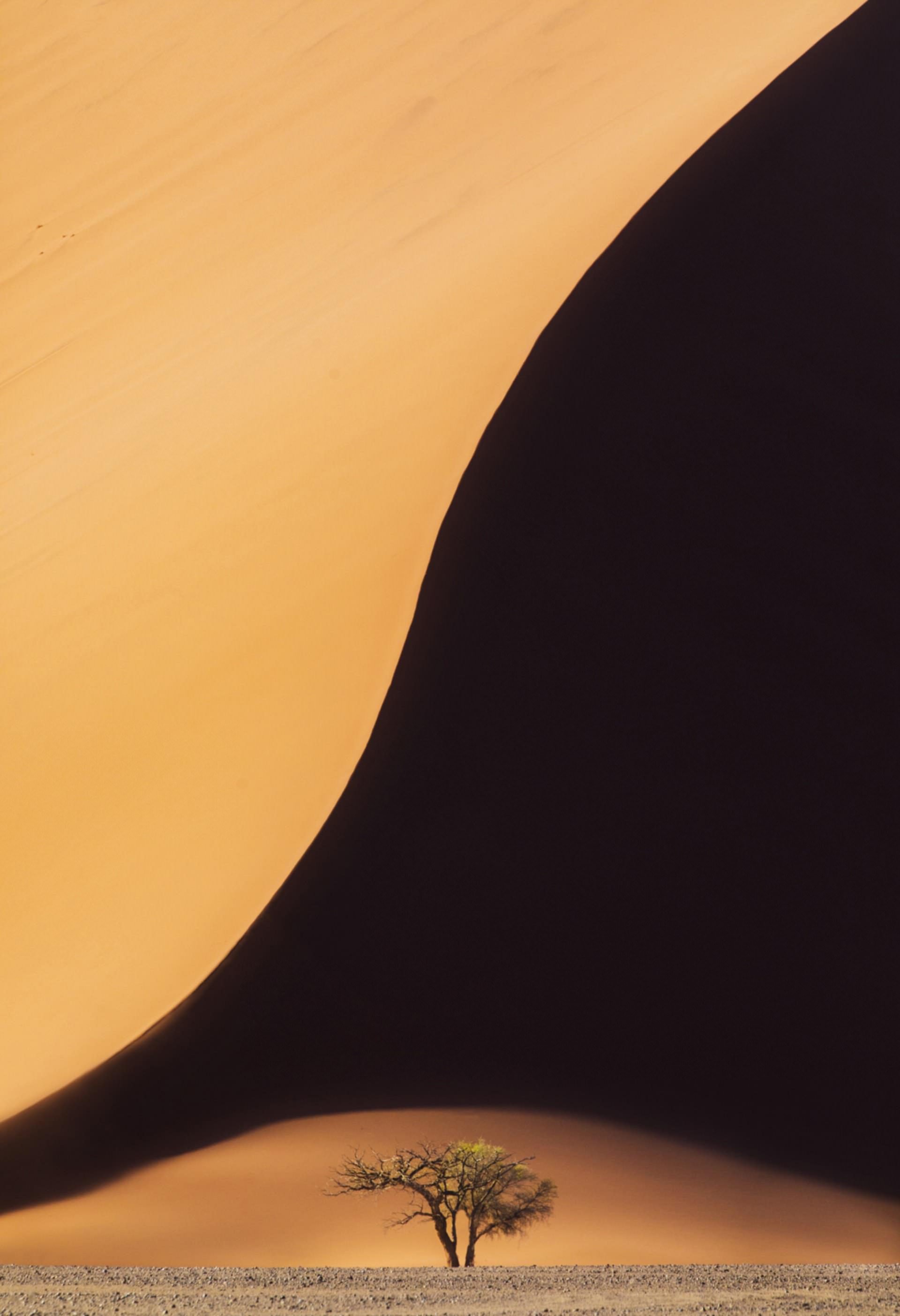