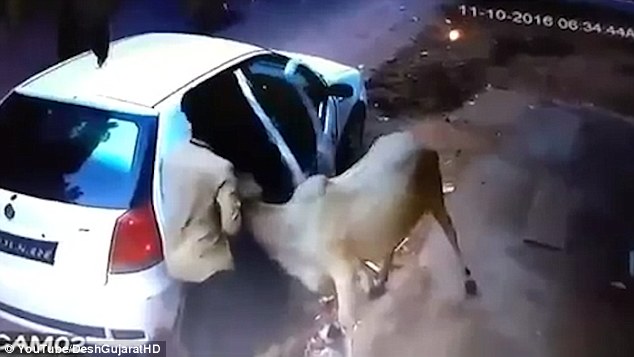 A CCTV camera caught a gang in India’s Gujarat state stealing a cow by forcing the animal into the back of a small white hatchback car.

Police in India are hunting for a gang of cattle rustlers who made a quick getaway after stuffing a cow into the back seat of a hatchback car.

The gang made their move after spotting the animal on a quiet street in the western state of Gujarat.

A CCTV managed to capture footage of the gang as one of them grapples with the cow, twisting its neck as he forces the animal in with another man.

An accomplice gets out to help and the two men manhandle the frightened creature into the back seat of a small white hatchback as the driver starts to drive off. Police found the car and arrested one man, who is now being questioned. The missing cow has yet to turn up and could already have been turned into burgers

The Times of India says affluent Indians have developed a taste for beef, despite the fact that cows are considered sacred in Hinduism.

Eventually the pair managed to squeeze it into the back seat 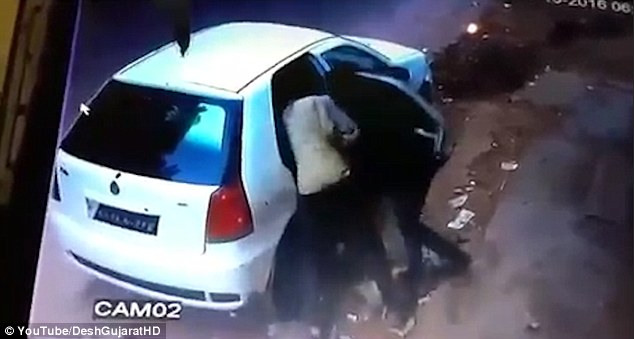 The rustlers then get into the car and drive off 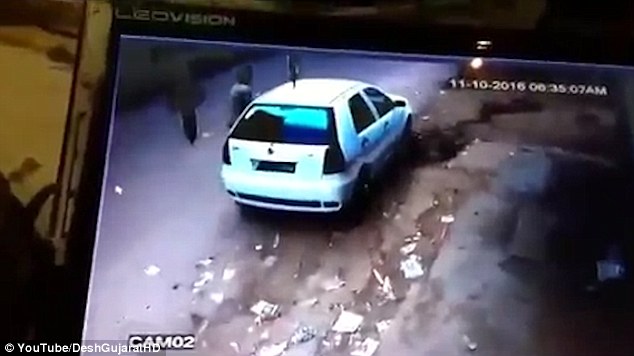 The two men manhandle the animal into the back of the car
Video : DeshGujaratHD
Source: dailymail.co.uk