A thirsty cat decided to forgo the bowl to drink from a water cooler instead to the sheer amazement of her owner.

Scroll Down For The Hilarious Video! 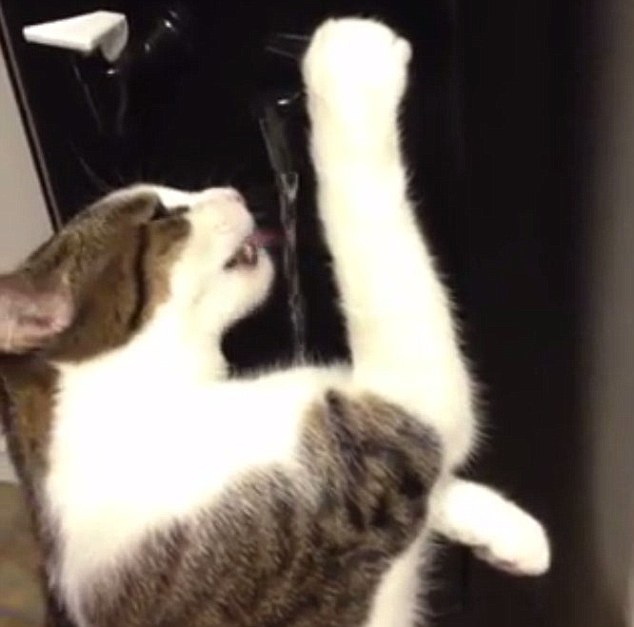 The cat’s owner posted the hilarious video of her taking a long drink of water from the cooler in the kitchen, but most of the liquid ended up on the floor.

The intelligent creature uses her paw on the lever so she can take long gulps of water. Once the clever cat’s thirst is quenched, she moves on to explore the kitchen.

So, whoever said that cats cannot learn tricks and aren’t smart as dogs, show them this video. This adorable fluffy kitty will prove them wrong!