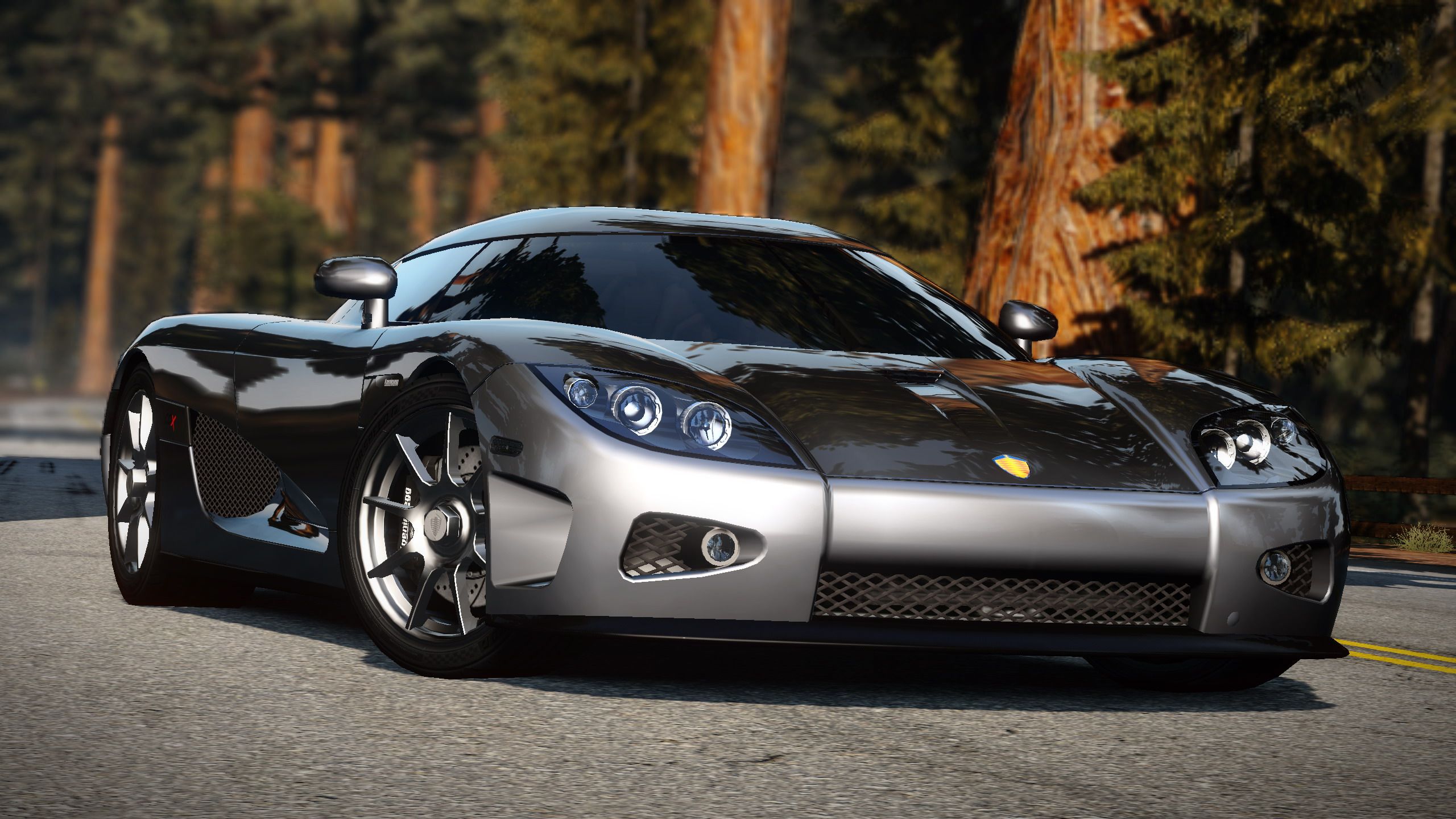 Let’s look at the list of 20 most expensive luxury sedan cars in the world at present: 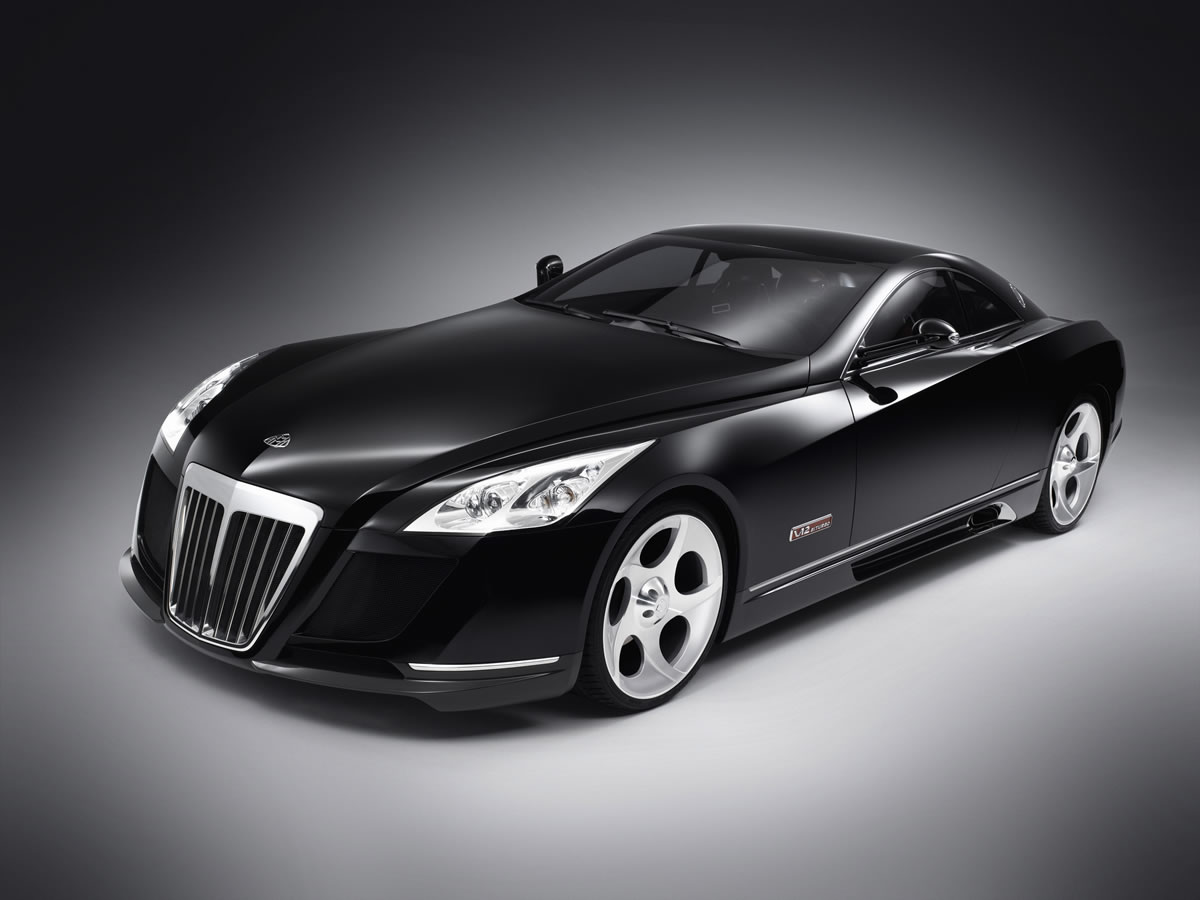 The Maybach Exelero is a high-performance unique sports car built in 2004.

The 700 hp (522 kW) four-seater with a twin turbo V12 engine is a one-off design built by Maybach-Motorenbau GmbH, on request for Fulda Tires, the German division of Goodyear.

Fulda is using this car as a reference vehicle to test a new generation of wide tires. The German luxury car manufacturer created the model as a modern interpretation of its legendary streamlined sportscar from the 1930s.

There are various allusions to the historical predecessor, which was likewise based on a powerful Maybach automobile. 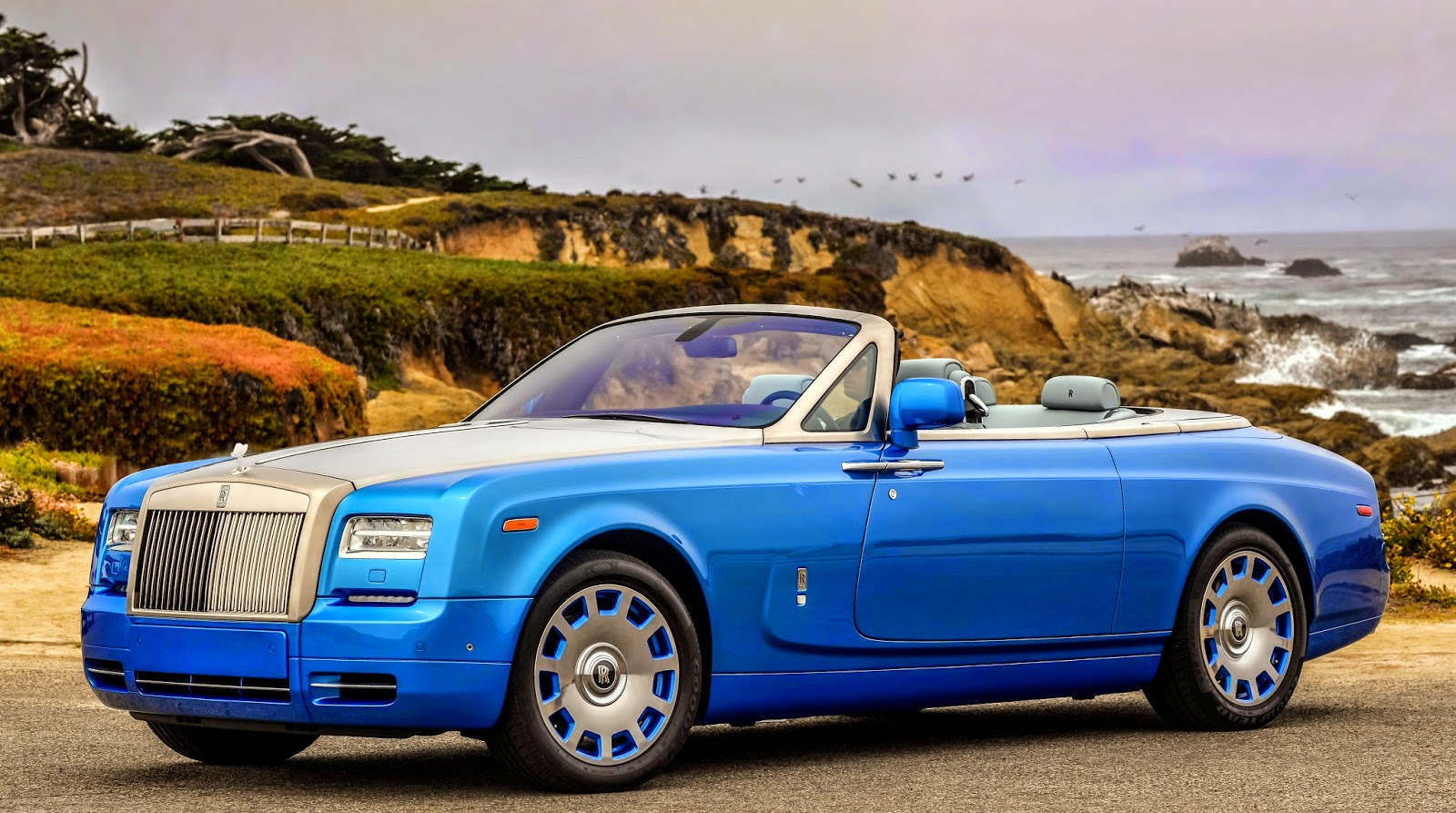 The Rolls-Royce Phantom Drophead Coupé is a British handmade luxury car manufactured by Rolls-Royce that debuted at the 2007 North American International Auto Show in Detroit, Michigan, on 7 January 2007.

The platform is based on the 2003 Rolls-Royce Phantom and has styling heavily derived from the 100EX, a concept car unveiled to celebrate the company’s centennial in 2004.

It is currently the most expensive Rolls-Royce model at $533,000 (2015). Several Drophead Coupés were featured in the 2012 Summer Olympics closing ceremony. 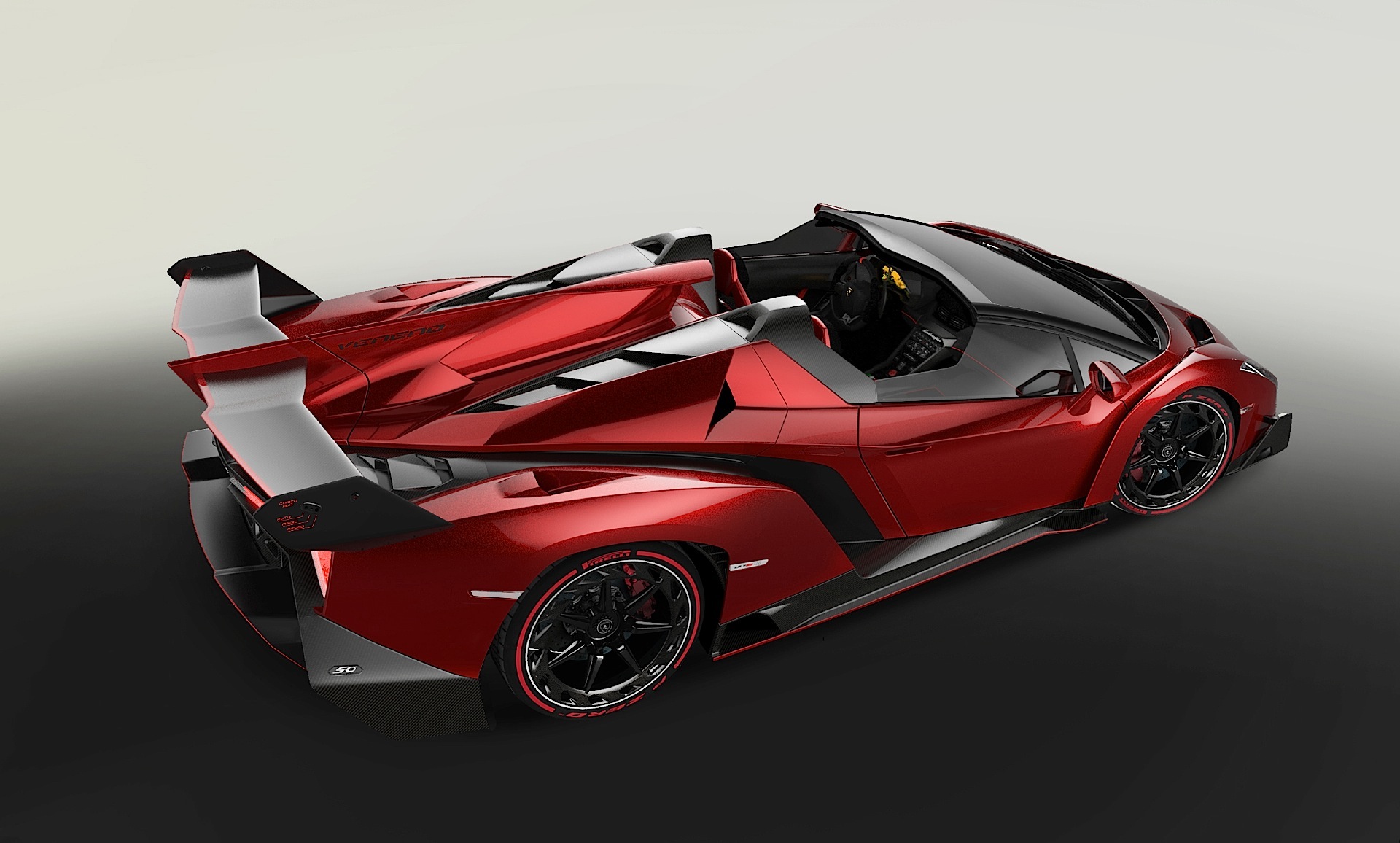 Launched on 28 February 2011 at the Geneva Motor Show, five months after its initial unveiling in Sant’Agata Bolognese, the vehicle, internally codenamed LB834, was designed to replace the then-decade-old Murciélago as the new flagship model The Rolls-Royce Phantom Coupé is a British handmade (except chassis) luxury car manufactured by Rolls-Royce Motor Cars that debuted at the 2008 Geneva International Auto Show in Geneva, Switzerland, on 6 March 2008.

The platform is based on the 2003 Rolls-Royce Phantom and has styling heavily derived from the Rolls-Royce 100EX, a concept car unveiled to celebrate the company’s centennial in 2004.

Its interior includes leather and wood veneer. There is a button to close the “coach doors” (suicide doors). 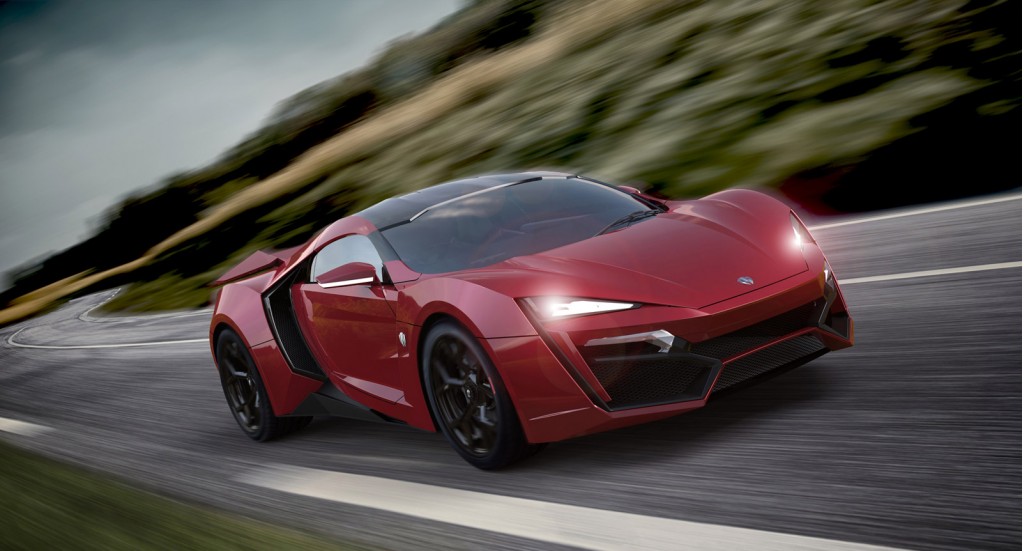 The Lykan Hypersport is a Lebanese limited production hypercar by W Motors, a United Arab Emirates based company, founded in 2012 in Lebanon with the collaboration of Lebanese, Frenchand Italian engineers.

It is the first supercar to be produced in the Middle East, and is featured in the film Furious 7, and the video games Project CARS, Driveclub, Asphalt 8: Airborne, Asphalt Nitro, Forza Motorsport 6, and GT Racing 2: The Real Car Experience CSR Racing 2.

It is the first car to be designed and produced indigenously in the Arab World. 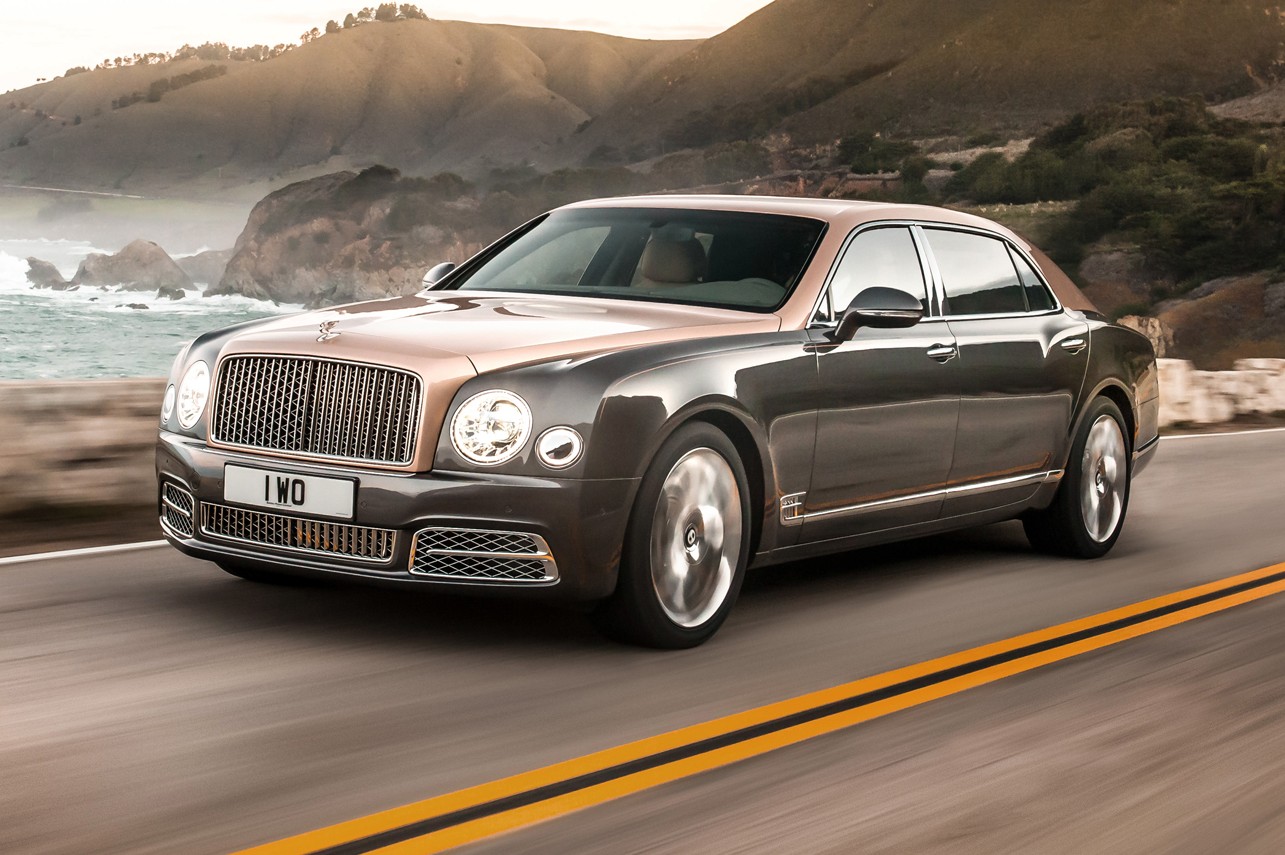 The Bentley Mulsanne is a luxury car produced by Bentley Motors Limited in the United Kingdom.

The car is named after the Mulsanne Corner of the Le Mans racing circuit, Bentley cars having won six victories at the 24 Hours of Le Mans in the past. Wraith is an imperceptible force, inspired by the words of Sir Henry Royce: “Take the best that exists and make it better.”

By fusing the iconic Rolls-Royce grace and elegance with the marque’s most powerful engine, Wraith redefines luxury like never before. Dynamic. Enigmatic. Built to perform. The Porsche Panamera is a luxury four-door sedan. It is front-engined with two-wheel drive, with all-wheel drive versions also available.

The Porsche Panamera production model was unveiled at the 13th Auto Shanghai International Automobile Show in Shanghai, China, on April 2009.In 2011, hybrid and diesel versions were launched.

In April 2013, a facelift to the Panamera was announced, launching again at the Auto Shanghai show.

A plug-in hybrid version, the Panamera S E-Hybrid, was released in the U.S. market in November 2013. 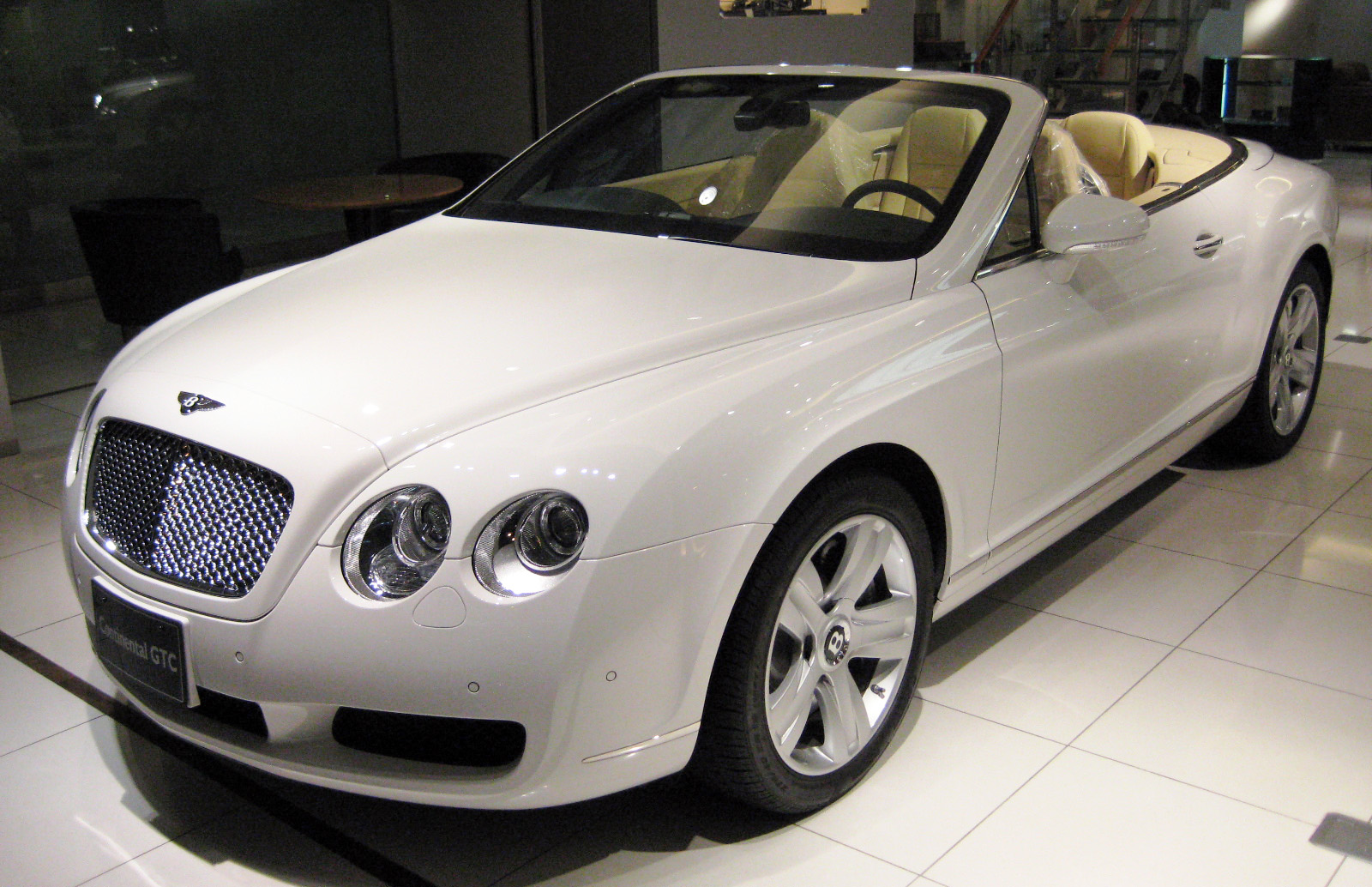 The Bentley Continental GT is a grand tourer produced by British automaker Bentley Motors since 2003.

It was the first car released by Bentley under Volkswagen AG-management after their acquisition of the company in 1998, and the first ever Bentley to employ “mass production” manufacturing techniques.

It shares a platform with the Volkswagen Phaeton. Click on a Continental GTC version name to know on-road price in your city, specifications and features. 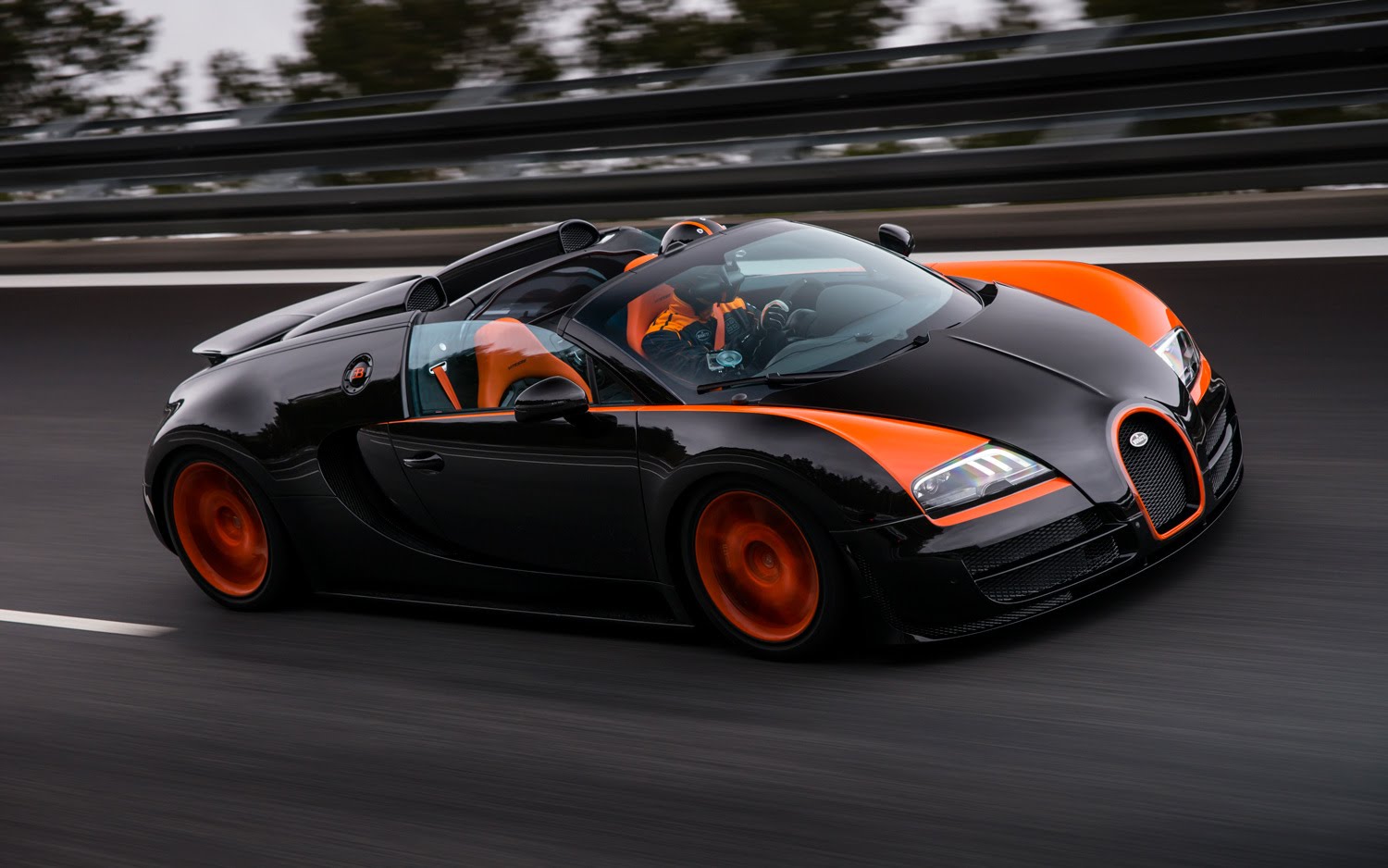 The Bugatti Veyron EB 16.4 is a mid-engined sports car, designed and developed in Germany by the Volkswagen Group and manufactured in Molsheim, France, by Bugatti Automobiles S.A.S. 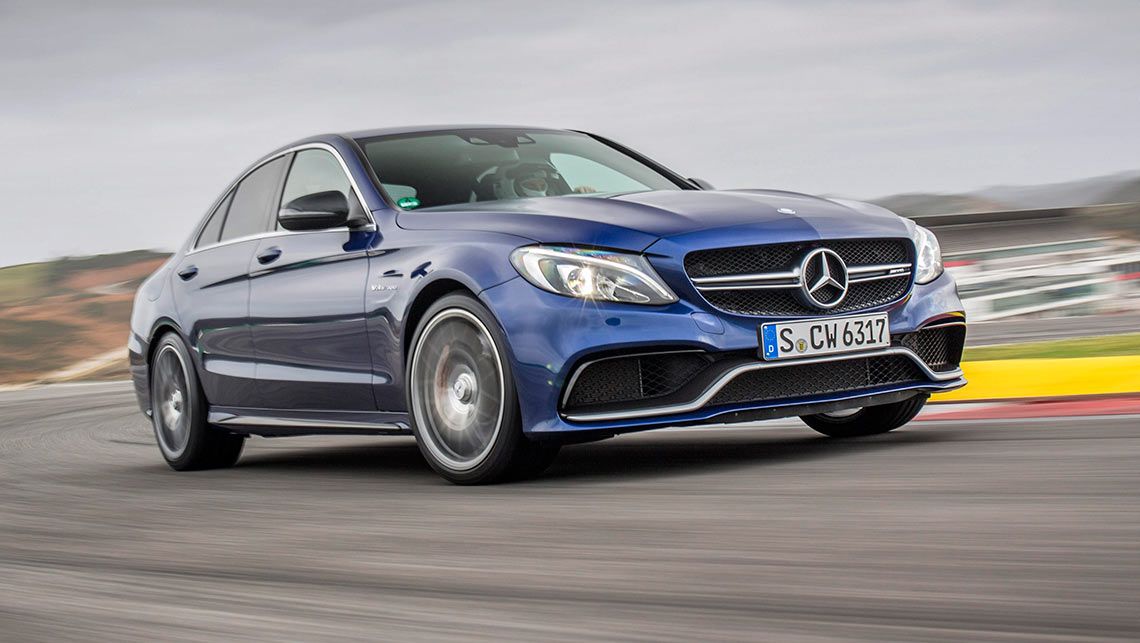 The Mercedes-Benz S-Class, formerly known as Sonderklasse (German for “special class”), is a series of flagship vehicles produced by the German automaker Mercedes-Benz, a division of German company Daimler AG.

The classification was officially introduced in 1972 with the W116 S-Class, which succeeded previous Mercedes-Benz models dating to the mid-1950s.

The S-Class has served as the top model for Mercedes for over fifty years in its various incarnations.

The S-Class has debuted many of the company’s latest innovations, including drivetrain technologies, interior features, and safety systems (such as the first seatbelt pretensioners). 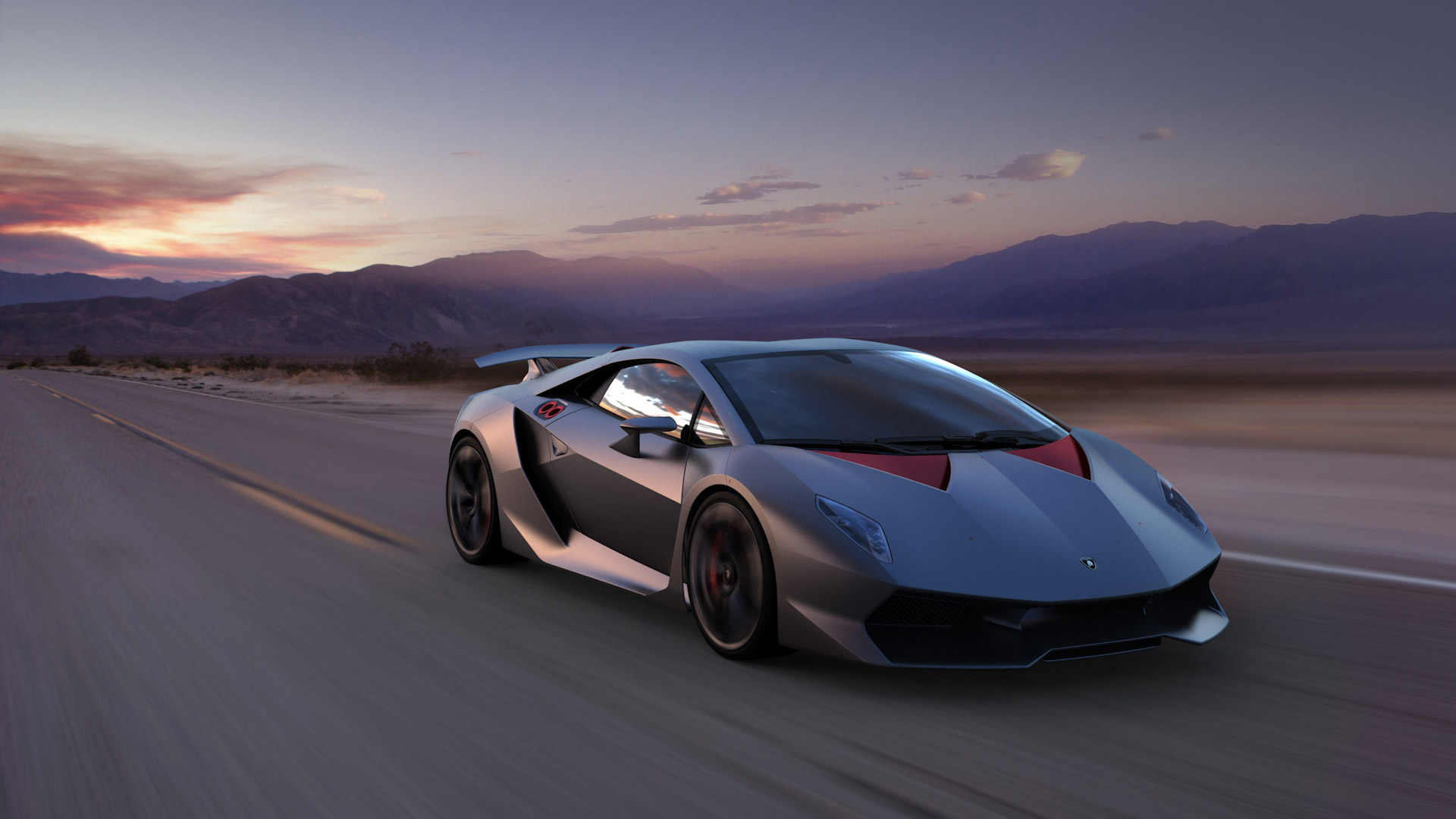 The Sesto Elemento’s name is a reference to the atomic number of carbon, in recognition of the car’s extensive use of carbon fiber.

The Koenigsegg CCX is a mid-engined sports car built by Koenigsegg Automotive AB.

The project began with the aim of making a global car, designed and engineered to comply with global safety and environment regulations, particularly to enter the United States car market.

To sell cars in the US many alterations were made to the design of the CCR; the previously used Ford Modular engine was replaced by a Koenigsegg engine designed to run on 91 octane fuel, readily available in the United States, and to meet the Californian emission standards. The Ferrari 599XX is a circuit use supercar, built by Ferrari essentially as a ‘rolling laboratory’ for developing future road car technology and is based on the 599 GTB.

The car was unveiled at the 2009 Geneva Auto Show. Ferrari announced at the 2010 Beijing International Auto Show that the 599XX had completed the Nordschleife circuit at the Nürburgring in a time of 6 minutes and 58.16 seconds – the fastest time ever recorded for a production-derived sports car.

The Aston Martin One-77 is a two-door coupé built by the British car manufacturer Aston Martin.

It first appeared at the 2008 Paris Motor Show, although the car remained mostly covered by a “Savile Row tailored skirt” throughout the show, before being fully revealed at the 2009 Geneva Motor Show, and deliveries from the beginning of 2011. 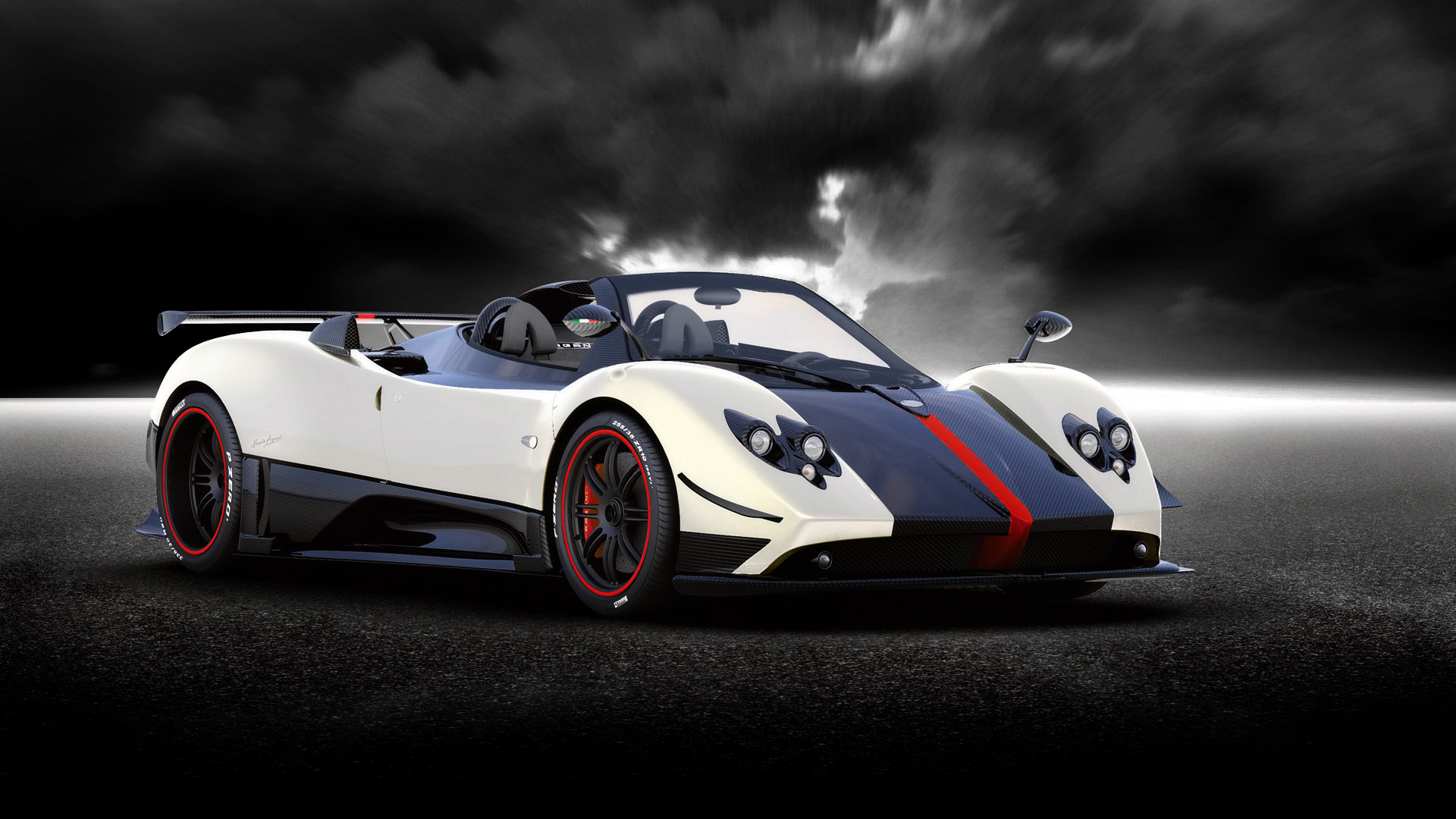 The Pagani Zonda is a mid-engined sports car built by the Italian manufacturer Pagani.

Both 2-door coupé and roadster versions have been produced. Construction is mainly of carbon fiber. The Lamborghini Reventón (Spanish pronunciation: is a mid-engine sports car that debuted at the 2007 Frankfurt Motor Show.

It was the most expensive Lamborghini road car until the Lamborghini Sesto Elemento was launched, costing two million dollars (~$1.5 million, or ~£840,000). Its top speed was recorded in UAE at 221 miles per hour (355.7 km/h). The official press release stated that only 20 vehicles would be sold to the public,[2] with one additional car (marked as 00/20) produced for the Lamborghini museum.

Although early rumors indicated the total number would actually be 100,each Reventón is stamped with its number in the sequence of 20 between the driver’s and passenger’s seats. 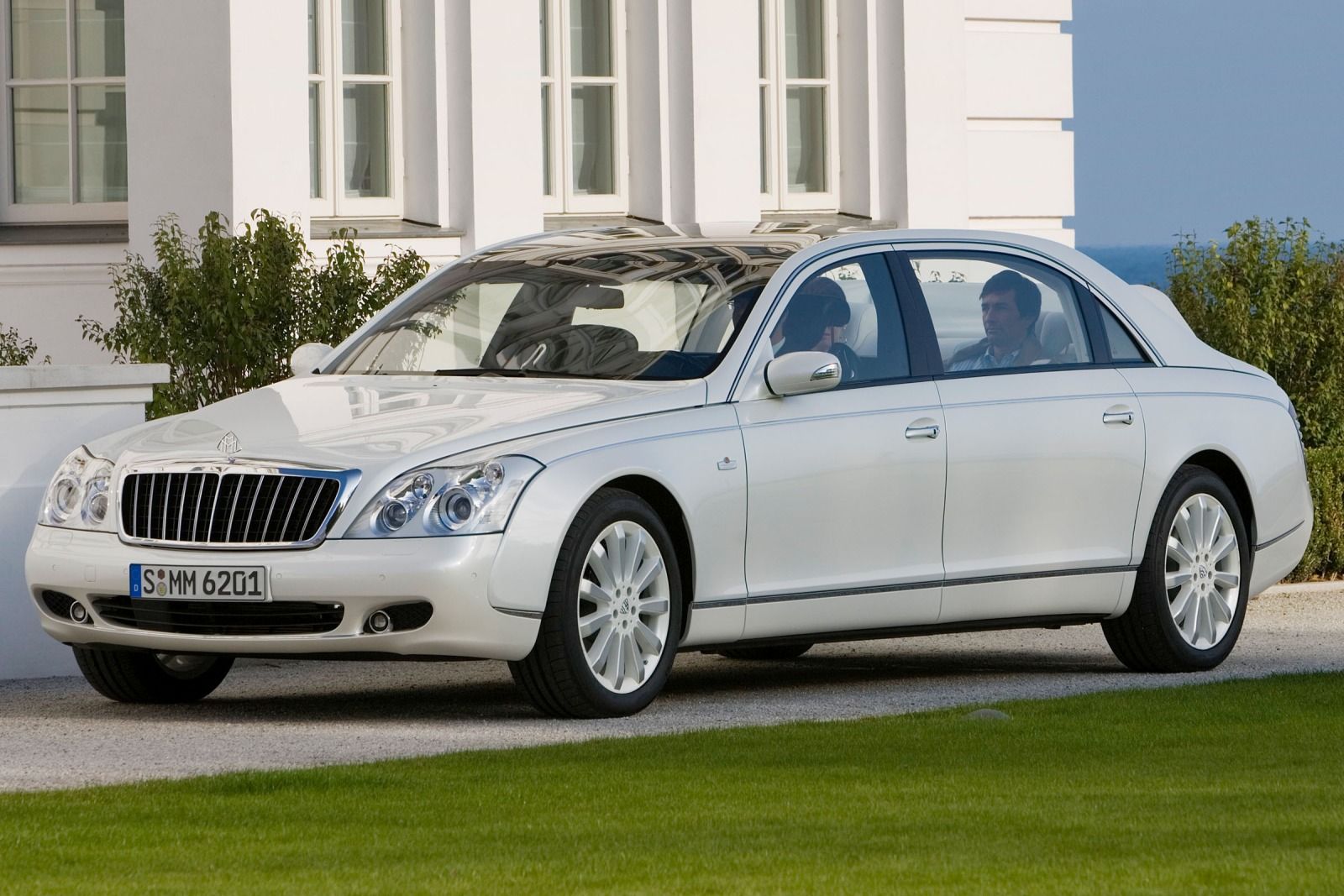 The Maybach 57 and 62  were the first automobile models of the Maybach brand since the brand’s revival by DaimlerChrysler AG (now Daimler AG).

They are derived from the Benz Maybach concept car presented at the 1997 Tokyo Motor Show. The concept car was based on the Mercedes-Benz S-Class sedan, as are the production models.

The Luxury Brand Status Index 2008 voted the Maybach first place, ahead of Rolls-Royce and Bentley.

The models ceased production in 2013, due to continued financial losses for the marque, and sales at one-fifth the level of the profitable Rolls-Royce models. The Zenvo ST1 is a high performance supercar manufactured by Danish company Zenvo. It is the company’s first model, and is manufactured almost entirely by the hands of a small team of workers, with the exception of a CNC router.